San Antonio, Texas - In a bout fought at a catch-weight of 139-pounds, top lightweight contender Ryan Garcia (22-0, 18 KOs) was dominant in a twelve round unanimous decision win over an awkward Emmanuel Tagoe (32-2, 15 KOs). 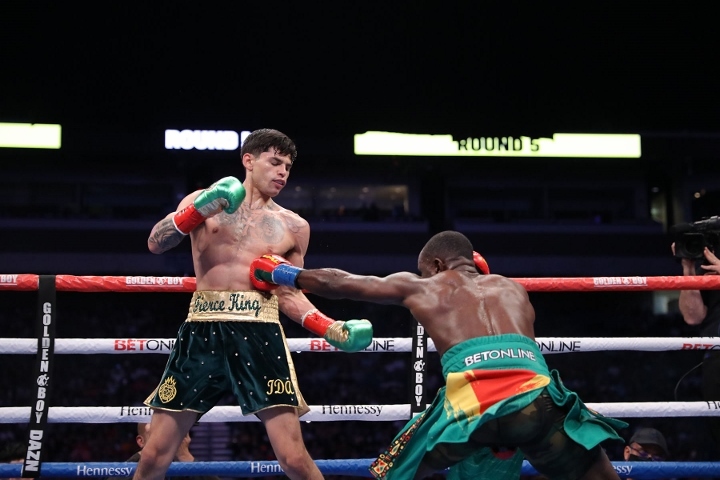 Garcia was fighting for the first time since January 2021 - and it was his first fight with new trainer Joe Goossen. 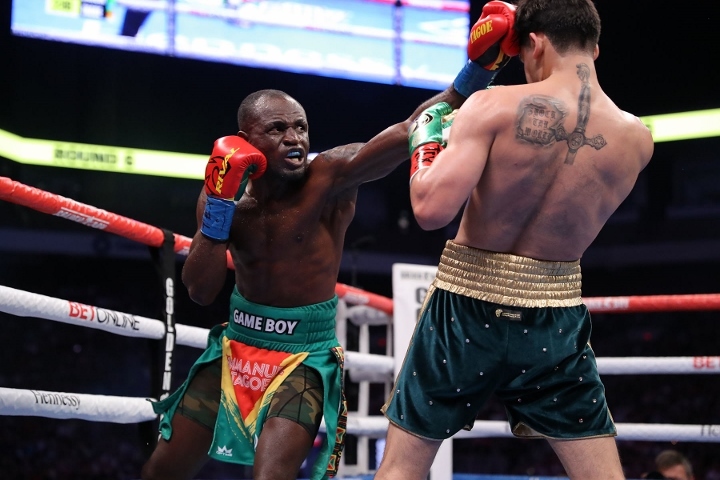 In the fight, Garcia came out firing and applying pressure on Tagoe. Tagoe was trying to stay at a distance, moving away and jabbing. Garcia seemed to have knockout intentions in the very first round. 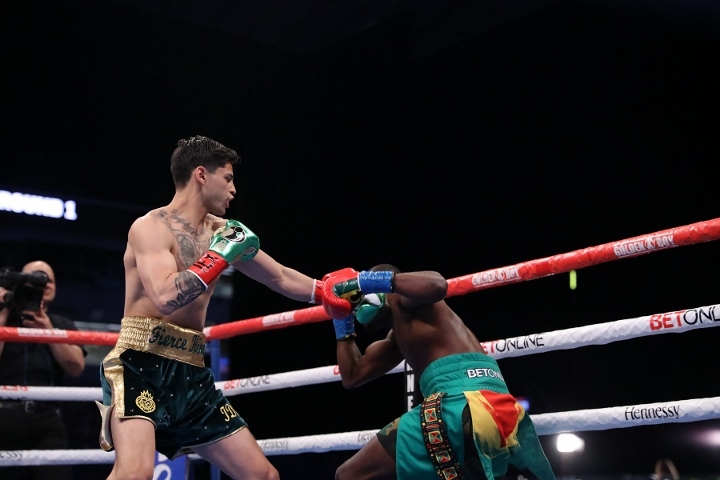 During the second, a combination of punches rocked Tagoe and eventually sent him down. Tagoe beat the count and Garcia went right after him. Tagoe weathered the storm. In the third, Garcia continued to stalk and throw on the defensive minded Tagoe. The fourth saw Tagoe take some chances, but Garcia continued to press and throw quick punches. Tagoe was able to avoid getting hit clean and made Garcia miss numerous incoming shots. 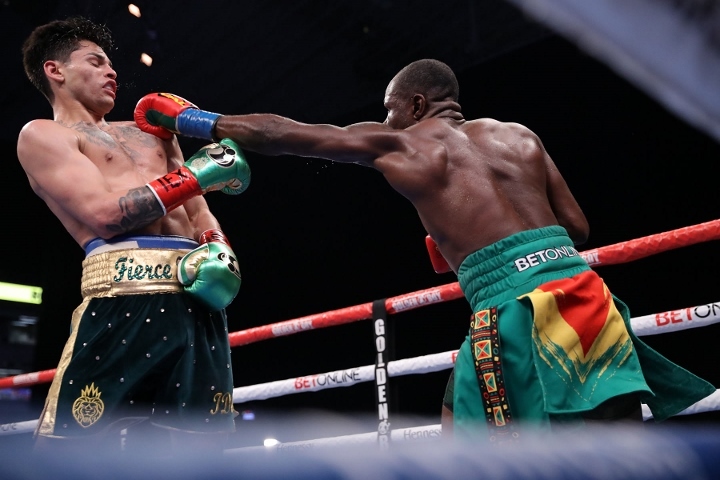 More of the same in the next few rounds, with Garcia targeting the body more often. In the tenth, Tagoe was running out of steam and getting worn down as Garcia rocked him and was trying to take him out. Tagoe was game and did his best to hold and survive until the final bell. 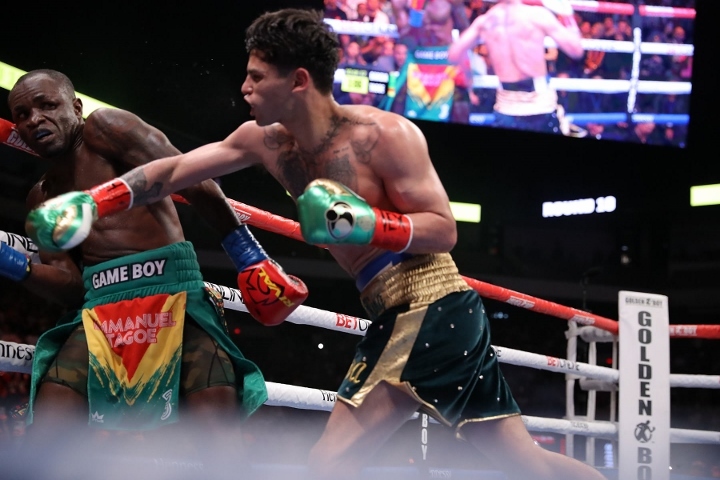 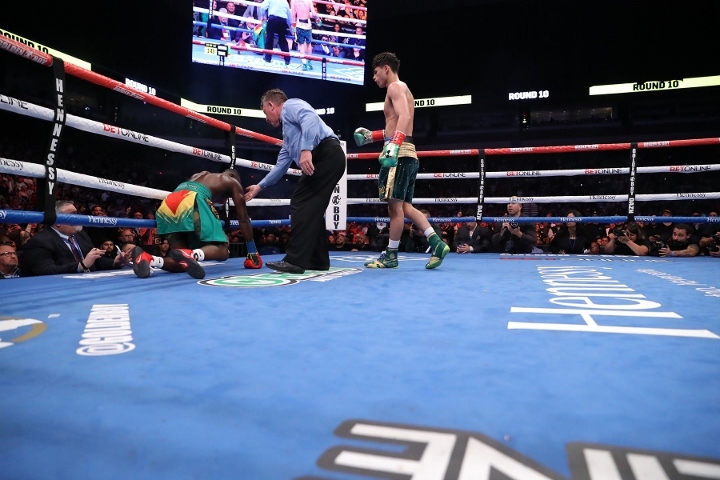 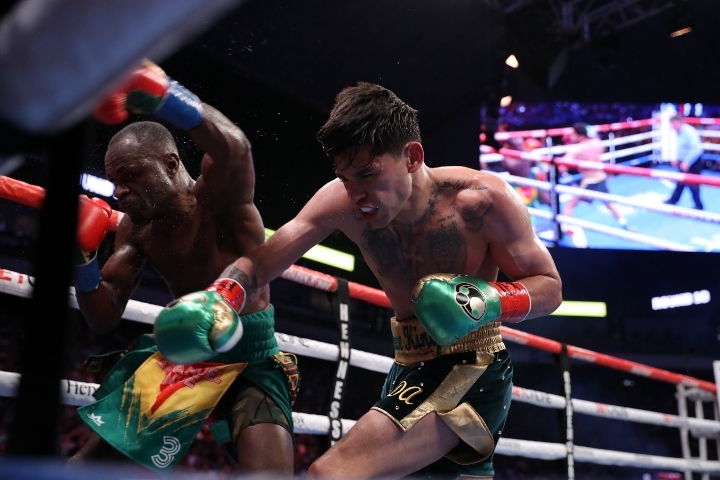 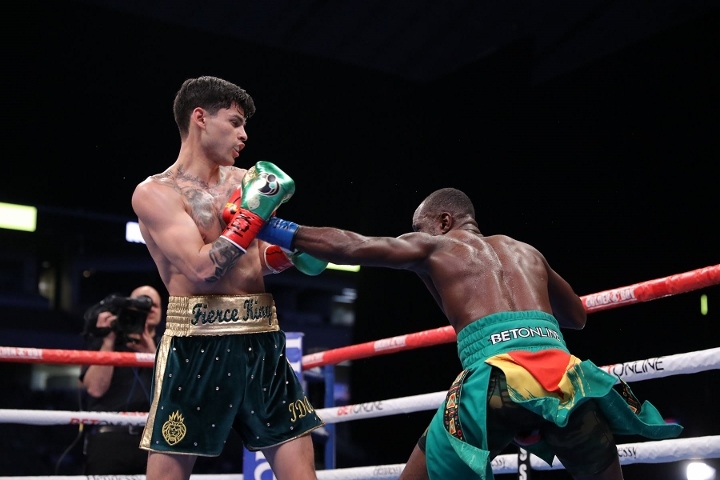 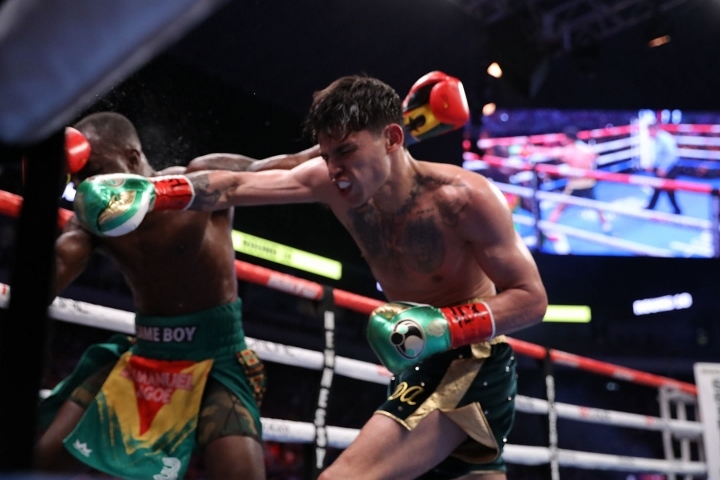 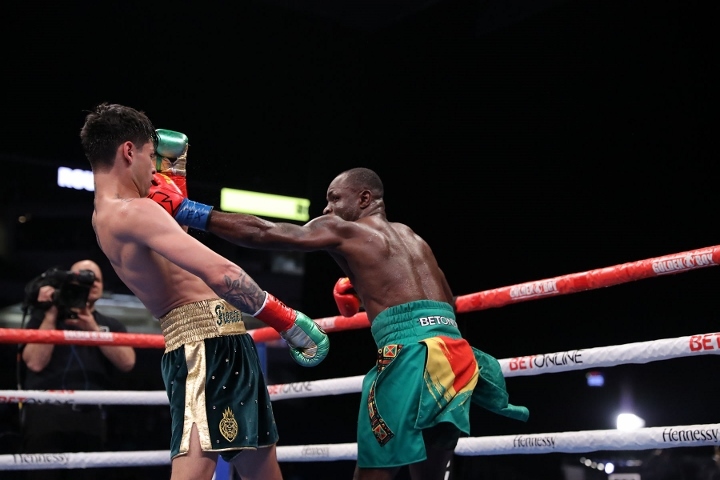 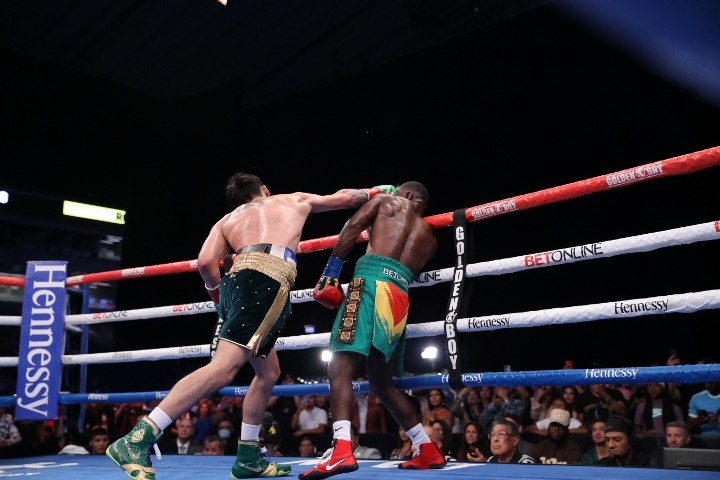 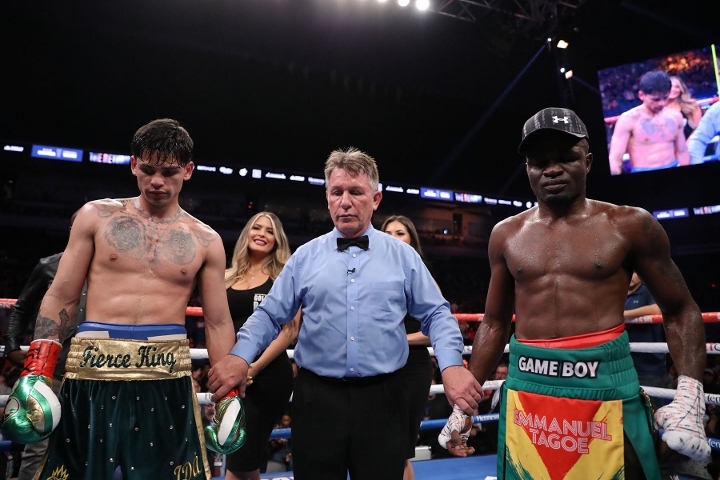 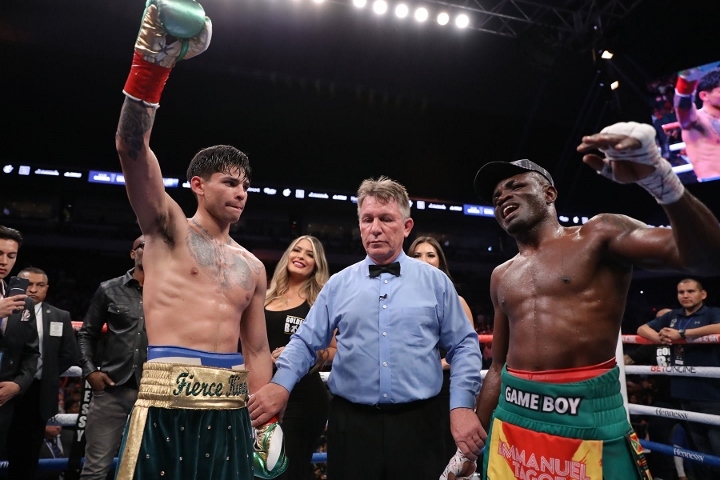 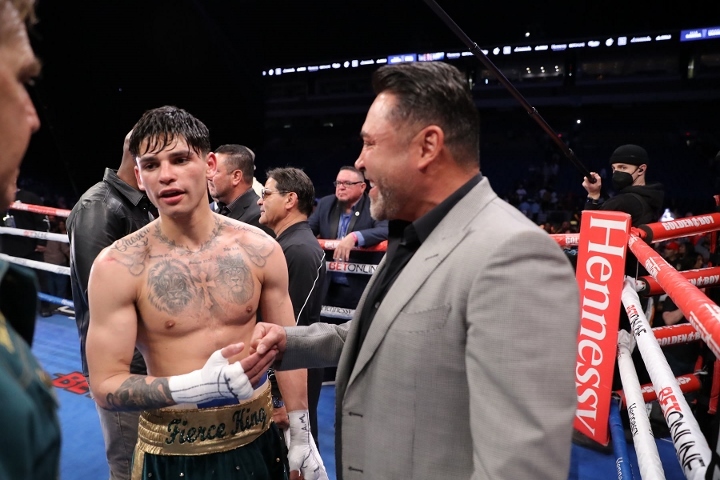 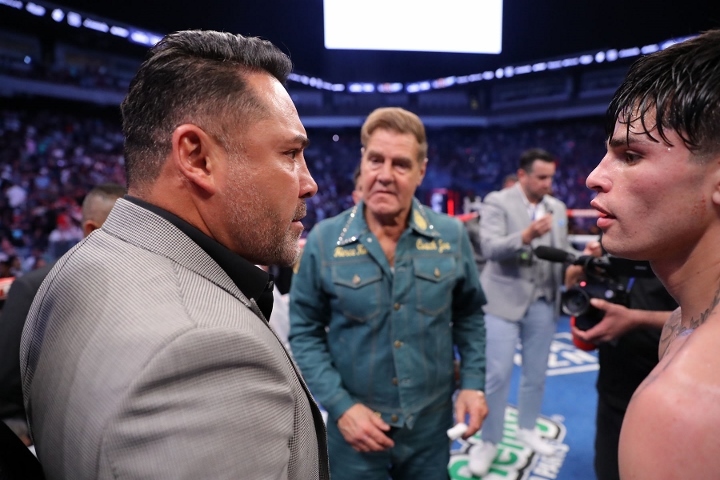 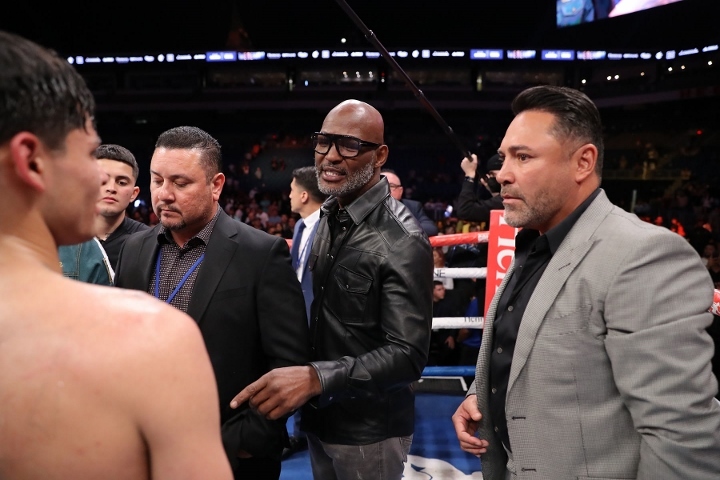 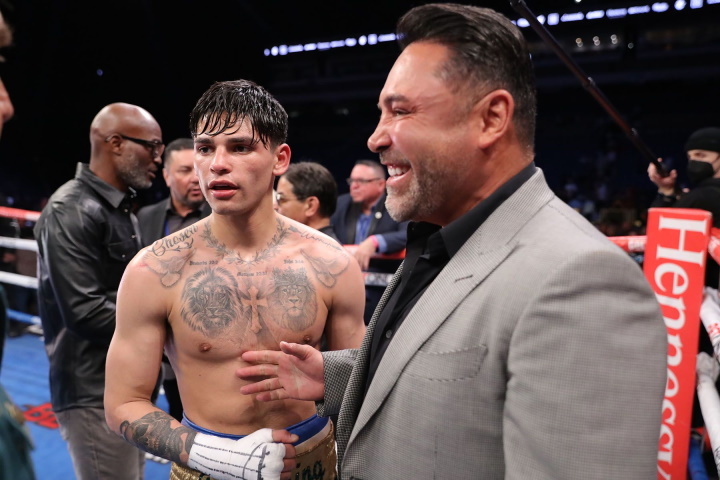