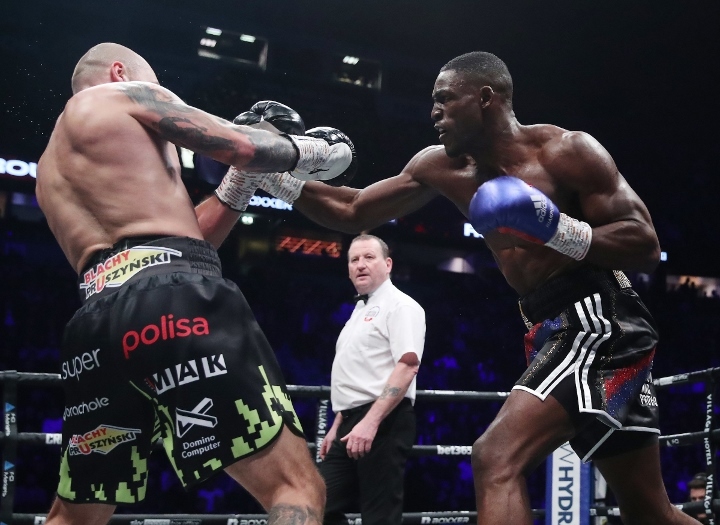 Glowacki came out pressing forward in the first round. Riakporhe was the backfoot and countering. In the second round, Riakporhe rocked Glowacki with a big right hand. Glowacki was able to weather the storm when Riakporhe went for the finish. 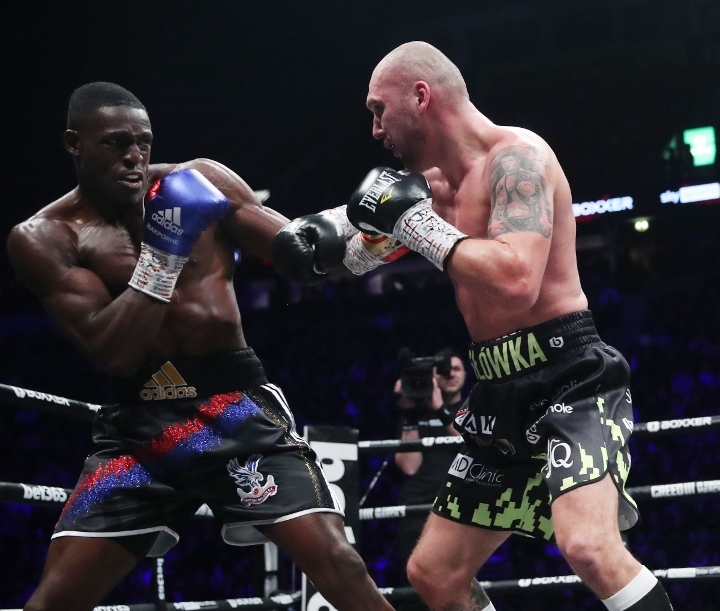 After an uneventful third, Glowacki was rocked badly in the fourth and pounded against the ropes as the referee jumped in to wave off the fight. 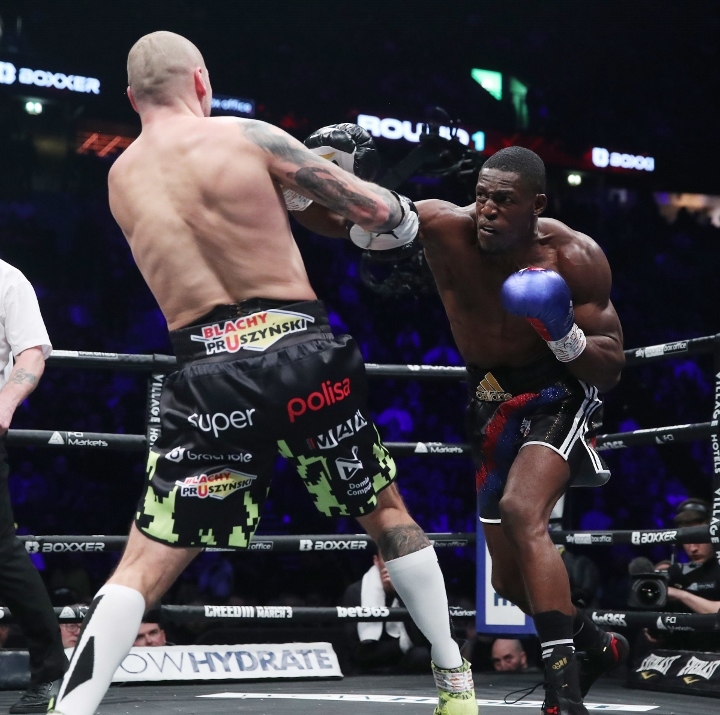 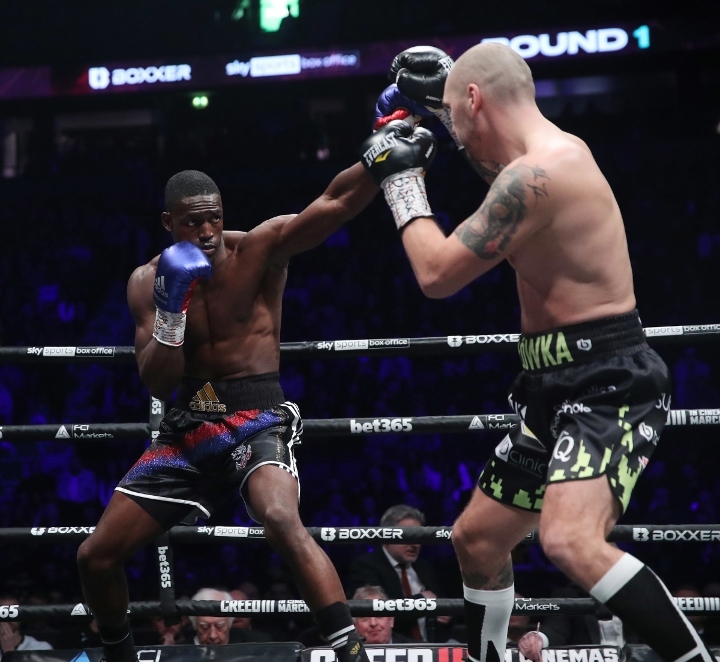 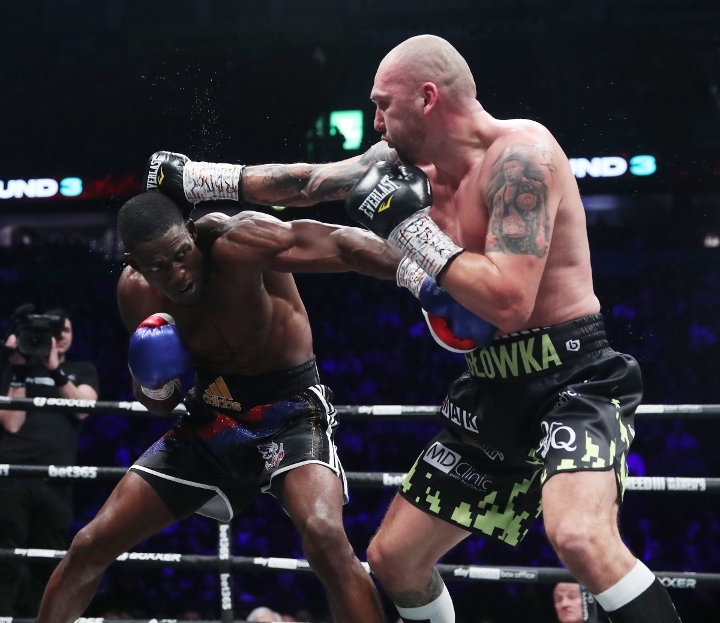 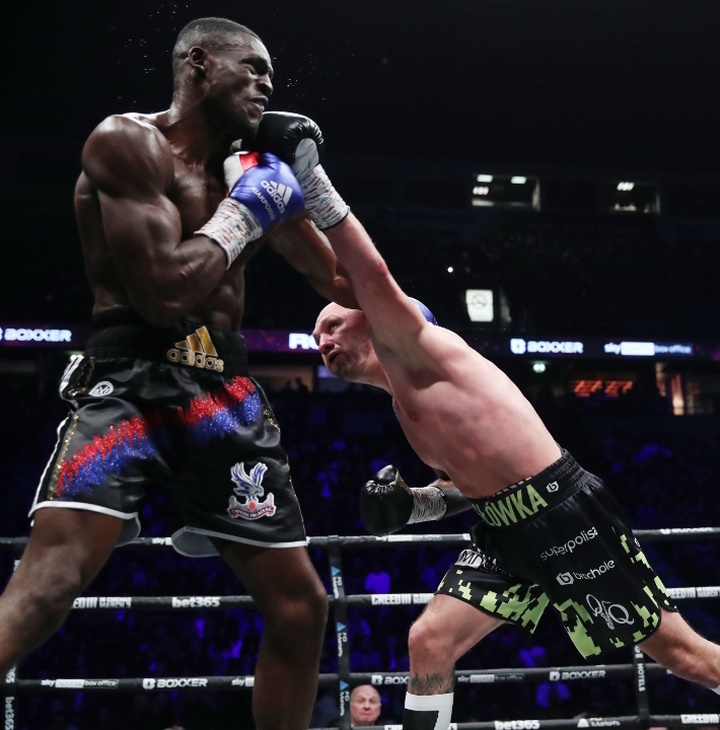 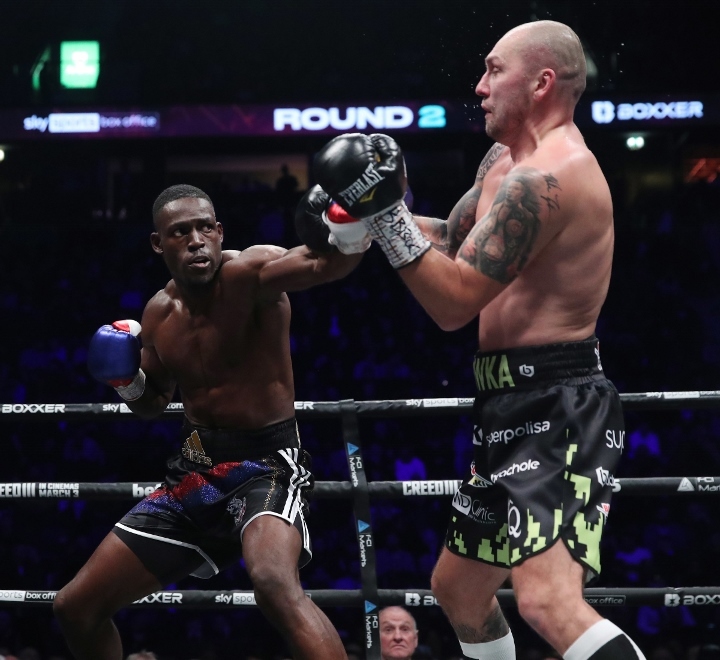 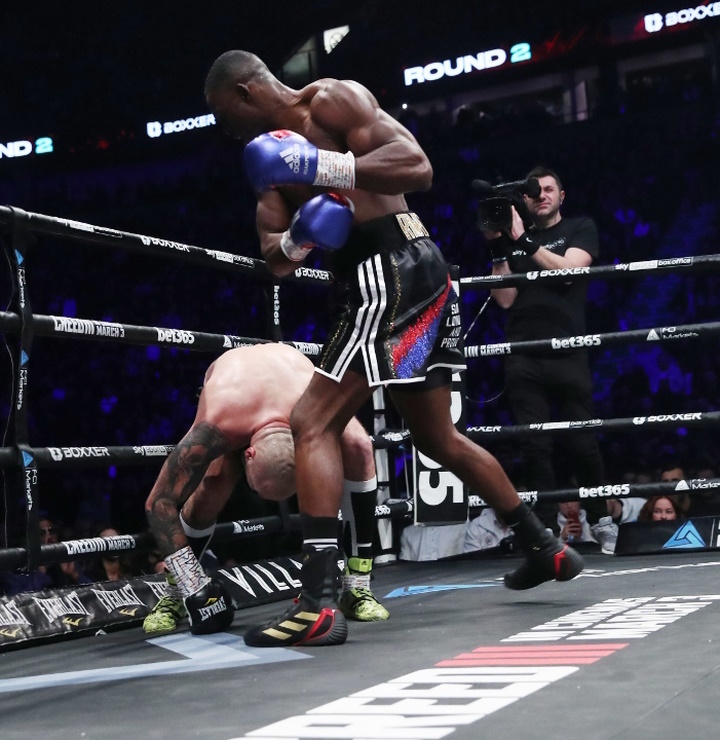 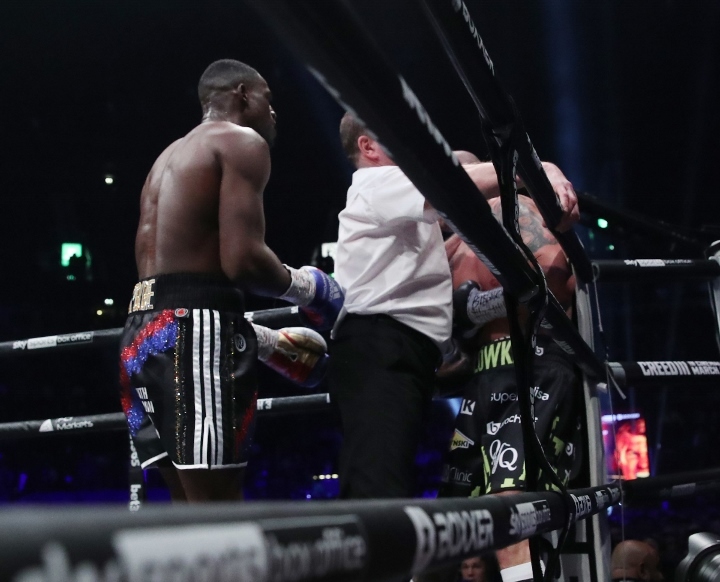 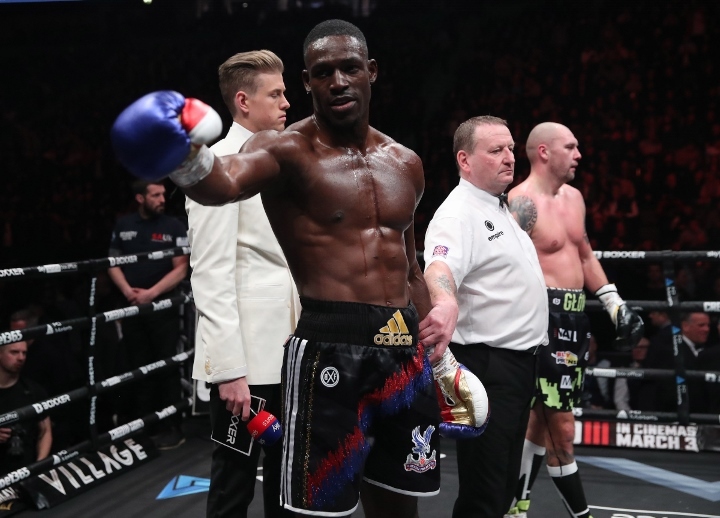 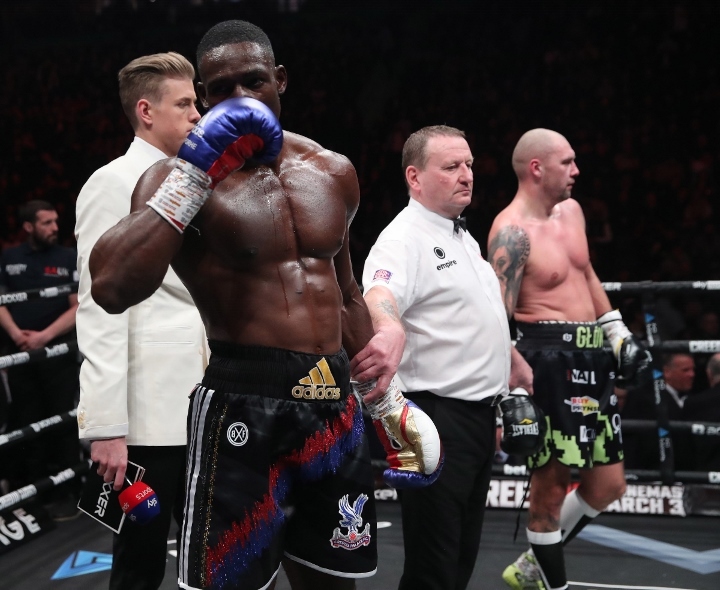 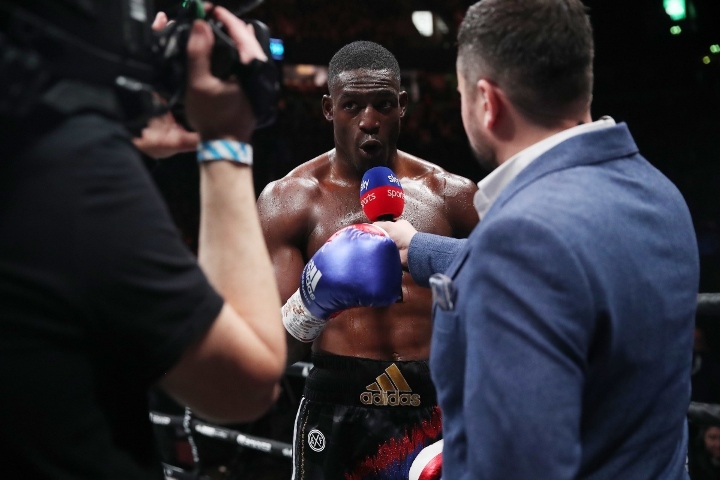 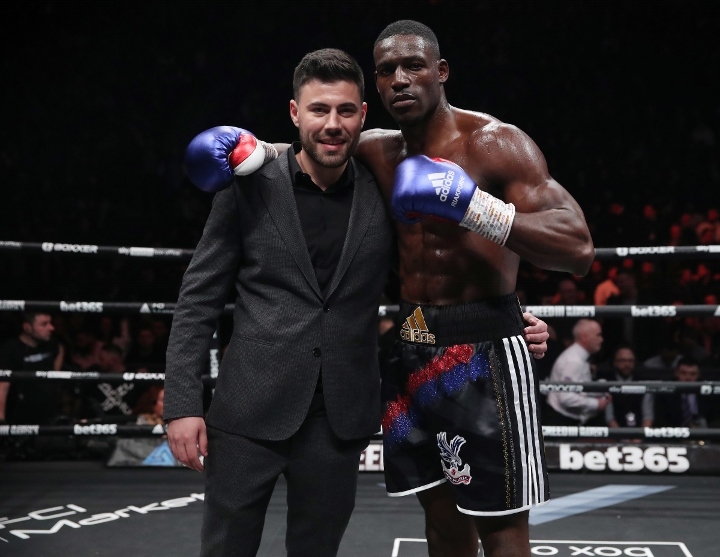 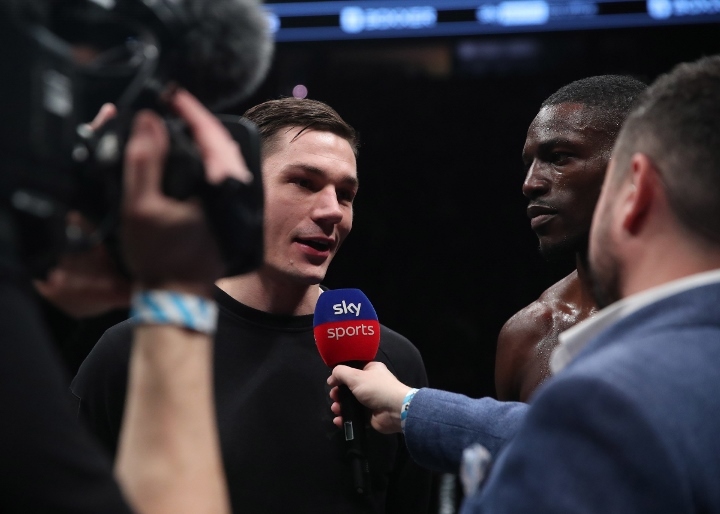