Three fights vied for the top award including the Carlos Cuadras vs Roman Gonzalez slugfest, the Jorge Linares vs. Anthony Crolla unanimous decision and the nail-biting Francisco Vargas vs. Orlando Salido brawl. 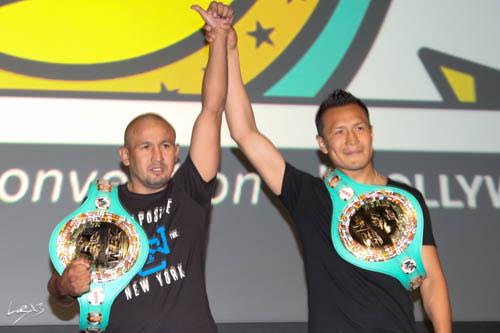 The award for the Tecate Fight of the Year went to the 12-round, toe-to-toe draw between Francisco Vargas vs. Orlando Salido in Carson, CA on June 4, 2016. For the first time in WBC history, a single fighter, Vargas, has won the Fight of the Year in back-to-back years after winning in 2015 for his memorable contest against Takashi Miura. 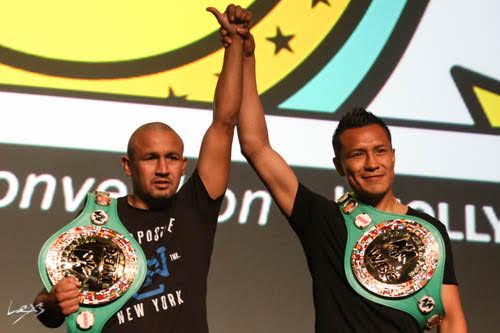 Vargas and Salido shared the convention stage with WBC President Mauricio Sulaimán and Tecate executive Gustavo Guerra, with each fighter being presented a one-of-a-kind WBC / Tecate Fight of the Year Green Belt. 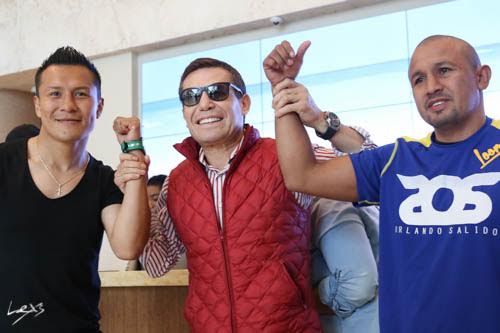 "As we looked at all the fights that could have been considered for the 2016 Tecate Fight of the Year, I was reminded of all the former champions who have raised a WBC belt in the past and our commitment to excellence in the sport," said Mauricio Sulaimán, WBC President. 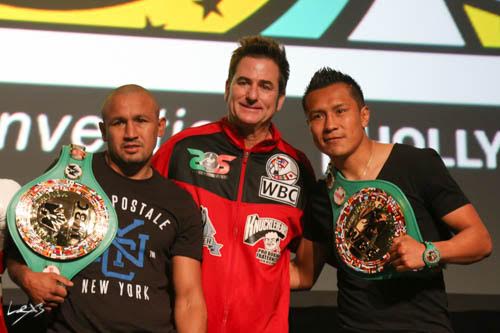 "2016 was an emotional year as we lost Ali, and we wanted to recognize a fight he'd have been proud to witness. That said, I'd like to congratulate Francisco Vargas and Orlando Salido on a legendary bout that I believe was dedicated to Ali's memory and is very well deserving of the Tecate Fight of the Year Award." 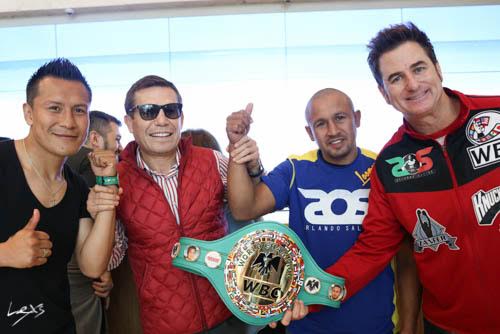 "Tecate passionately supports the biggest fights every year, and Vargas vs. Salido was a bold battle between two warriors where each man gave his best and stood unified at the center of the ring at the end of the night," said Gustavo Guerra, Tecate Brand Director. "It was an honor to watch these gentlemen trade punch after punch and we raise our glass to their passion, dedication and relentless spirit."