Their in-ring clash is still four days away, but Kubrat Pulev and Dereck Chisora apparently aren’t in the mood to wait around for a good fight.

The pair of heavyweights exchanged harsh words that nearly led to much more during Tuesday’s final pre-fight press conference ahead of their title elimination bout this Saturday in Hamburg, Germany. Cooler heads prevailed before any punches were thrown for free, but with both boxers literally having their say in the conversation.

Chisora (25-5, 20KOs) ventures into hostile territory, traveling from jolly old England to Germany, where Pulev (22-1, 12KOs) fights on familiar soil as both face a must-win situation.

“I’m not messing around,” insisted the always quotable – if often over-the-top – Chisora. “No more Mr. Nice Guy, I’m here to fight! I’m going to take Pulev to places he’s never been before, and I’m going to make him give up.

“He’s got nothing I’ve not seen before, and he’s never fought anyone like me. I can tell he’s nervous. He’s out of his depth and he’s going to get knocked out!”

Of course, Chisora offers the same prediction heading into every fight. He had choice words for longtime rival Tyson Fury, who is responsible for two of the five losses on his countryman’s ledger. Fury scored a 10th round stoppage in their Nov. ’14 rematch, leading to his eventual World championship winning effort over Wladimir Klitschko last November.

Chisora has since scored five consecutive wins, but none necessarily putting him directly back into contention.

This much is not lost on Pulev, a 34-year old contender is still found among the Top 10 heavyweights as seen by most respectable publications. His lone loss came at the hands of Klitschko, as he was stopped in the 5th round of their Nov. ’14 championship bout – two weeks before Chisora’s aforementioned knockout loss to Fury.

A pair of wins over pedestrian opposition has since followed, but the Bulgarian heavyweight is still the betting favorite heading into Saturday’s contest – and unfazed by his opponent’s antics.

During the customary head-to-head photographs, Chisora lived up to his bad boy reputation by grabbing Pulev by the neck and attempting to pull him to the ground.

“I will cause him great pain on Saturday night,” said Pulev. “He does not intimidate me. He can talk all he wants now, but this will not help him in the ring.”

Chisora took it up a notch, attempting to choke Pulev during their staredown. Fortunately, promoter Kalle Sauerland was close – and brave – enough to immediately step in and separate the now bitter rivals. 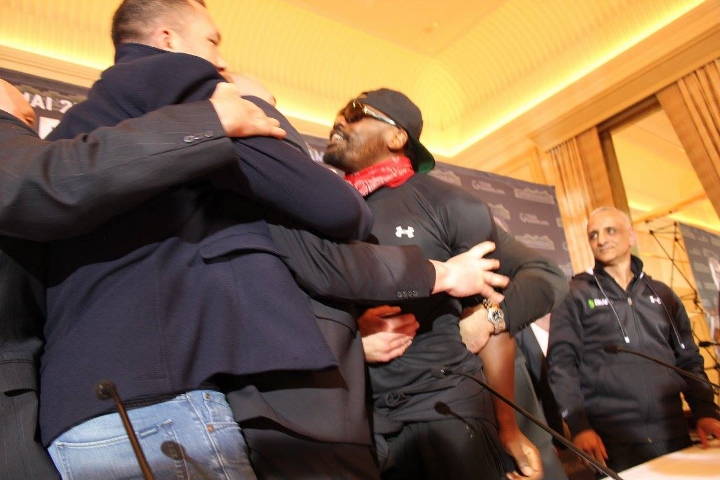 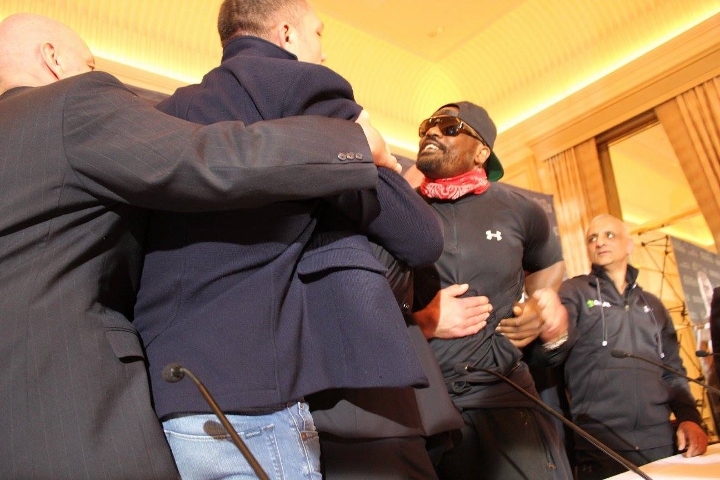 The incident provided a scary moment, but perhaps also a glimpse of what to expect this weekend from an intensity standpoint.

“If Saturday’s fight is half as exciting as today’s press conference then the fans are in for a treat,” said Sauerland. “I do not see this fight going the distance! We have two hot blooded heavyweights ready to do whatever it takes to win.” 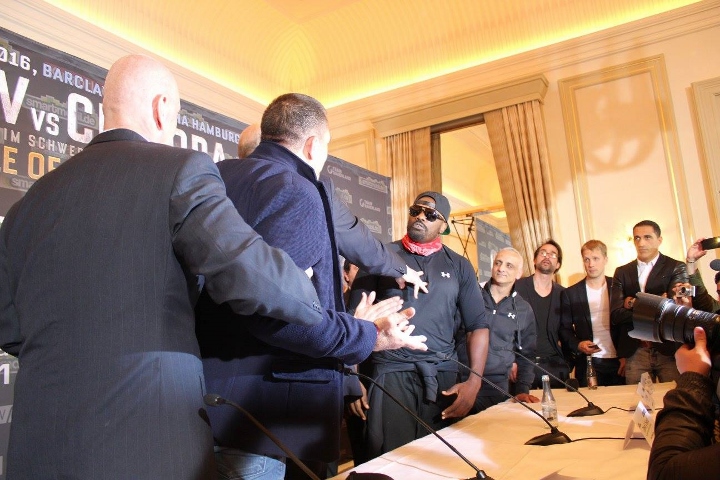 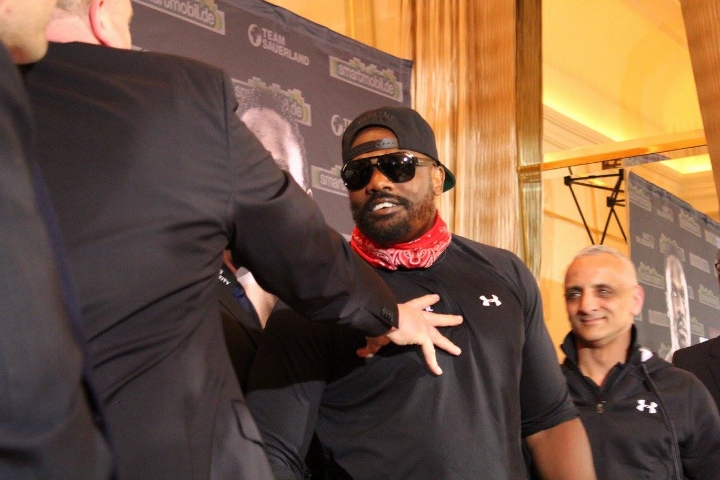 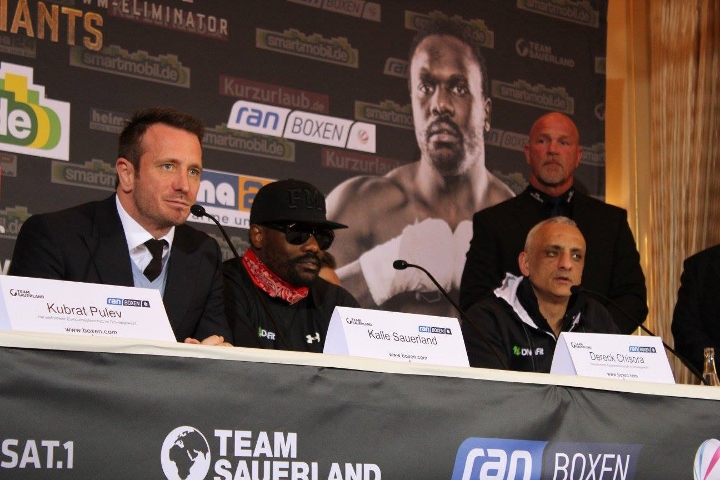 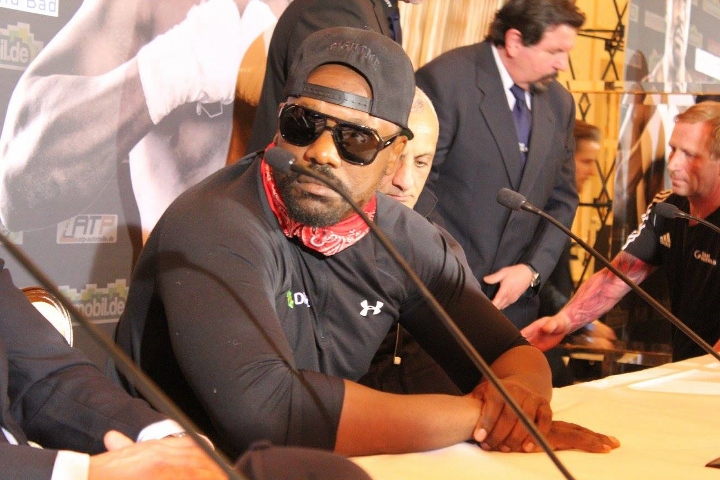 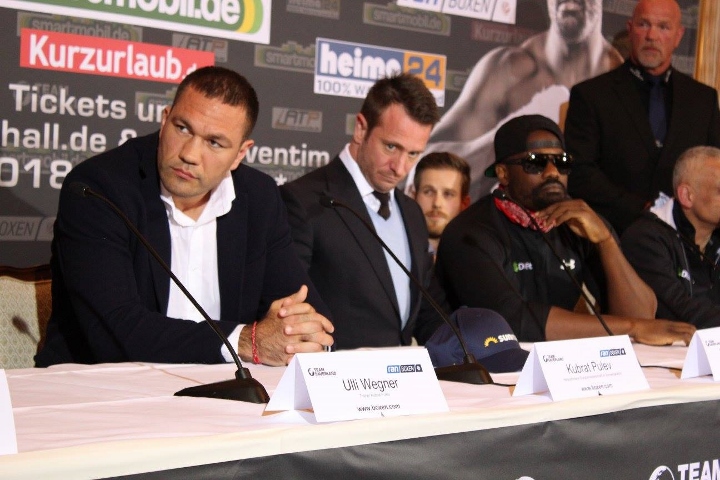 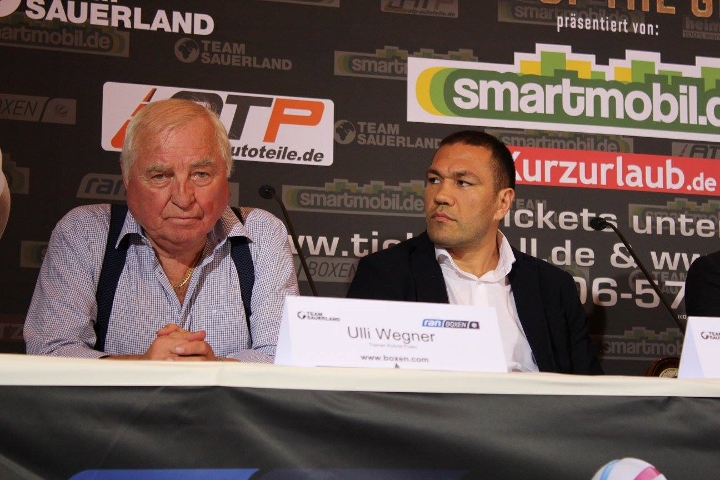 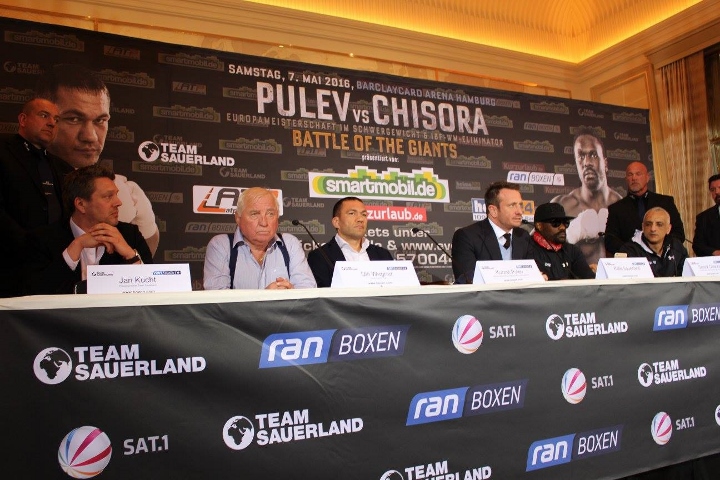 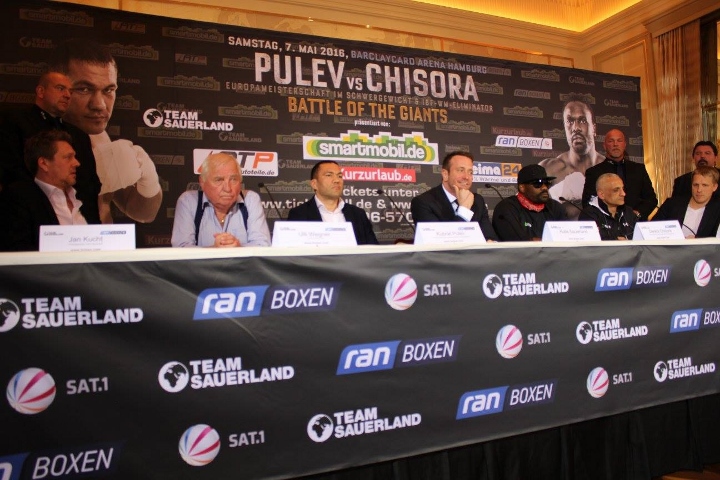 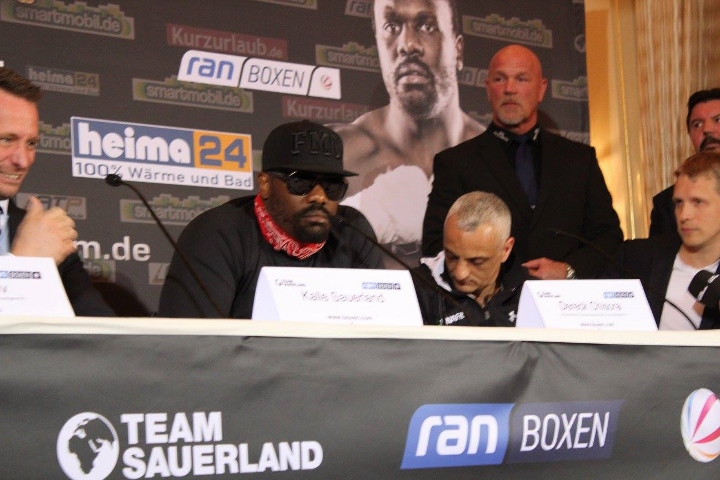 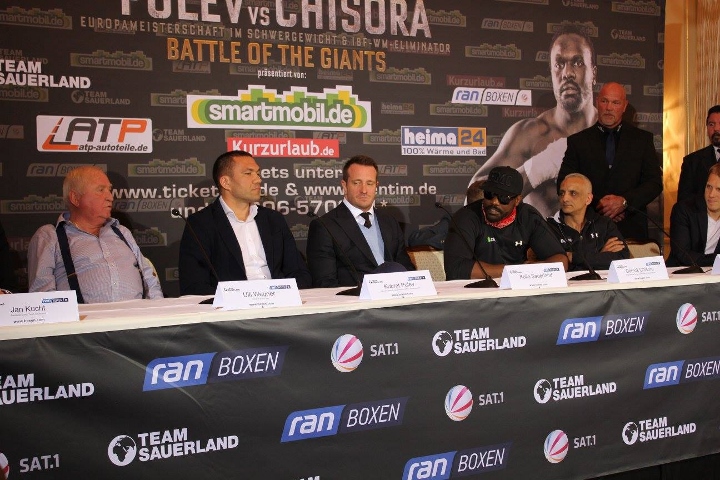 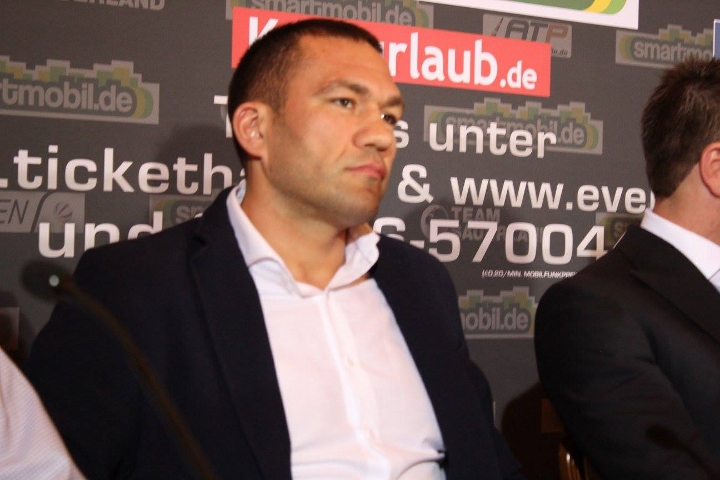