What’s the old saying about a bird in the hand?

There are more than two in boxing’s bushes. Anyone who engages in boxing fandom beyond just regularly watching fights hears or reads about them all the time. What isn’t happening can often feel like the most important thing in the sport.

A match of two consensus top ten talents in one of boxing’s deepest and most competitive divisions is always a good thing on its own. Given the state of Jr. middleweight in recent years, 30-year old Patrick Teixiera (31-1, 22 KO) defending the WBO strap against 31-year old Brian Castano (16-0-1, 12 KO) isn’t just a good fight on its own.

It’s part of a bigger picture that keeps finding new ways to expand and entertain.

The 154 lb. class has been engaged for several years in a genuine round robin. A quick glance at the current Transnational Boxing Rankings Board or Ring Magazine top ten rankings illustrate how close the current crop is to a dozen fights amongst each other over the last five years or so. That’s with almost everyone losing at least one start to COVID and doesn’t account for some other players along the way who have slipped away from the top ten (Austin Trout) or moved up the scale (Jermall Charlo).

We’ve seen outstanding battles (Jarret Hurd-Erislandy Lara, Julian Williams-Hurd, Jermell Charlo-Tony Harrison II), stunning upsets (Jeison Rosario-Williams), and a one of a kind convulsive knockout (Charlo-Rosario) among other highlights. That it’s not done yet, that this round robin still has so much potential, avenues yet to explore, and fresh faces still to add to the mix is everything boxing is supposed to be.

Does it take years longer to accomplish what might have occurred at a faster pace in another generation? Sure, but it’s a complaint that carries across all of boxing seventeen weight classes in 2021. Pine if one will, it’s not another generation. In comparison to multiple other stops on the scale, Jr. middleweight is a bright spot right now. 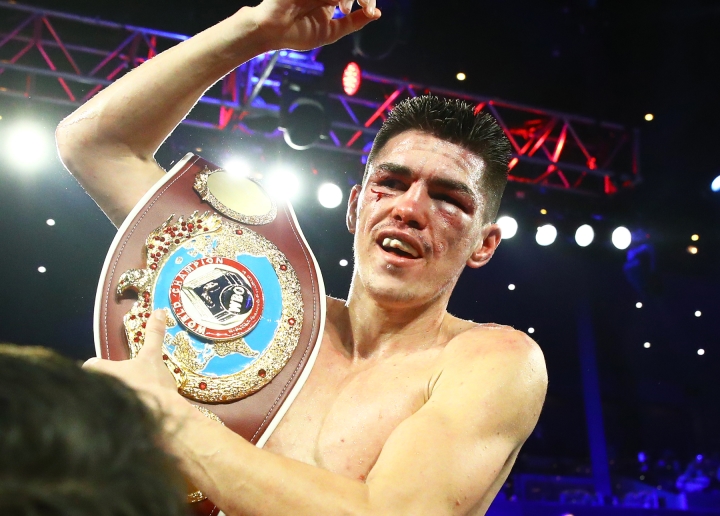 This will be the PBC affiliated Castano’s third fight in the round robin after upsetting Michael Soro and working to a draw with Erislandy Lara. The Golden Boy-promoted Teixeira is folded into the mix on a Golden Boy show, broadening a drama that has largely been contained to the PBC and its related outlets.

There will be another accomplishment in reach when their personal dust settles.

After his knockout of Roasrio last year, Charlo (34-1, 18 KO) became one of boxing’s rare three-belted titlists and laid strong claim to the lineal crown left vacant by Floyd Mayweather.

Three is good. Having all the marbles is always better.

There is no watching Castano-Teixeira in a vacuum. The question is there before the opening bell: will the winner seek to unify?

The fight this weekend is a good sign that the answer could be yes either way. Varying ‘sides’ can do business. That should feel obvious, and happens more often than gets recognized. It just doesn’t always happen where it’s deemed it should so one could be fooled into thinking it doesn’t happen at all.

Sometimes, business interests intervene. Sometimes, it’s a more singular economics. Individual beltholders might earn more for a single unification fight than the alternative. The risk calculus comes in deciding whether they can earn longer and come out better without it. It’s not a calculus contained just to fighters but also the teams behind them.

Since the inception of the WBO in the late 1980s, and it’s grudging elevation over time to seemingly co-equal status (or is that infamy?) with the WBA, WBC, and IBF, very few fighters have held all four diadems at one time. The window for it to even be possible hasn’t happened that many times. In 2021, it could open at Jr. welterweight, welterweight, and Jr. middleweight.

It’s all but official at Jr. welterweight. The quality and consistency of the round robin at Jr. middleweight makes it feel like something that should be probable after this weekend.

It would certainly be easier if Castano wins. Under the PBC umbrella, the path to Charlo-Castano is a fairly straight line. Charlo-Teixeira would seem to require some additional finesse but Teixeira has sounded willing.

Charlo’s willingness has been no issue.

If the winner this weekend heads straight Charlo’s way, an undisputed clash would be, ironically in the twelve round era, the fight that caps a dozen from just the current top ten rankings mentioned above. It might not be the end of the round robin, but it feels like the perfect climax we’ve been building to the old fashioned way.

It’s a bird in the hand but look around and there’s hardly a bush to be found. At Jr. middleweight, it’s more like an aviary.