Philadelphia’s Fulton, mostly known as an intelligent technician who prefers fighting off his jab, often battled the relentless Leo on the inside and won their action-packed, 12-round, 122-pound title fight at Mohegan Sun Arena. Fulton (19-0, 8 KOs) won a unanimous decision, as judges Frank Lombardi (119-109), John McKaie (119-109) and Steve Weisfeld (118-110) scored their mostly fan-friendly fight for him by wide distances.

Five months after COVID-19 cost Fulton his title shot, he won the WBO junior featherweight championship from Leo, who defended that belt for the first time. The gritty Leo (20-1, 9 KOs) never stopped trying, but Fulton was too tough and too good for the Albuquerque native in the main event of a “Showtime Championship Boxing” tripleheader.

The 26-year-old Fulton hadn’t fought in almost exactly a year, yet he was sharp throughout their bout, never tired and threw many more punches than in any of his first 18 professional fights.

“I was more so looking to beat him at his own style,” Fulton said during a post-fight press conference. “And I told y’all I was gonna engage in this fight, and not just box. And I did a little bit of both, but I more so engaged in his style. And I did that to show that I’m the better man at what he does.” 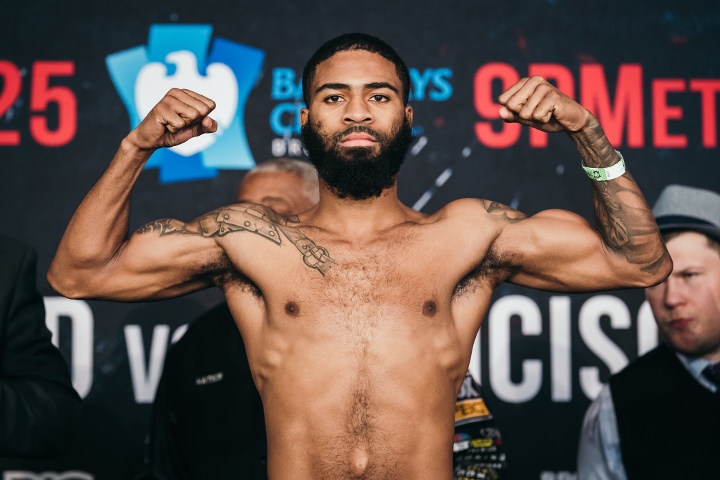 Leo convincingly out-pointed Williams (19-1, 6 KOs, 1 NC), a southpaw from New Haven, Connecticut, in their 12-round fight. He was contractually obligated to face Fulton next because Fulton was the mandatory challenger for Leo’s title.

Whereas Leo cruised toward a wide win with Williams, a confident Fulton comfortably distanced himself from the former champion throughout the second half of their 12-rounder.

The smart, skillful Fulton blasted Leo with two thudding right hands in the opening minute of the 12th round. He mostly kept distance between him and Leo in the final round, when it was obvious Fulton was only moments away from taking Leo’s title.

By the time the 11th round began, it was obvious Leo needed a knockout to win. Fulton continued to take the flush punches Leo landed without incident and kept Leo honest with occasional power shots between jabs.

Fulton nailed Leo with a stiff jab late in the 10th round, which Fulton fully controlled, as he began to pull away from Leo on the scorecards.

Fulton used his jab more in the ninth round than he had in previous rounds. Leo kept pressuring him, though, and forced him to trade at times.

Fulton finally tried to create some distance between them early in the eighth round, but the relentless Leo tracked him down and forced Fulton to keep banging away with him. Fulton backed Leo into the ropes with about a minute left in the eighth and they tagged each other to the head and body.

Fulton and Leo continued trading hard body shots on the inside throughout an action-packed seventh round.

Fulton belted Leo with two thudding lefts to his body in the first half of the sixth round. Fulton’s right hand turned around Leo’s head with just over a minute to go in the sixth.

They hammered away at one another for the remainder of the sixth round, including a right uppercut by Fulton that snapped back Leo’s head with about seven seconds left in it.

Leo blasted Fulton with a right uppercut after Fulton got off a three-punch combination in the opening minute of the fifth round. Fulton drilled Leo with a right to the side of his head with about a minute to go in the fifth.

Fields warned Leo for using his elbow early in the fifth round.

Leo’s left to Fulton’s body got Fulton’s attention just after the halfway point of the fourth round. A right hand by Leo backed Fulton into the ropes with just under a minute to go in the fourth.

With Fulton backed against the ropes, they traded power shots to the head and body throughout the final 45 seconds of the fourth round.

Fulton connected with a right hand to the side of Leo’s head about 1:10 into the third round. Fulton stepped back and caught Leo with a right uppercut with just under a minute remaining in the third.

Leo and Fulton traded hard shots on the inside toward the end of the third round.

Leo landed a right to Fulton’s body with just over two minutes to go in the second round. Fulton then went after Leo’s body and clipped Leo with a left hook up top.

Leo landed several flush shots of his own in the final minute of that second round.

An accidental clash of heads opened a cut over Leo’s left eye in the first round.

Fulton connected with a straight right hand and then a right uppercut in the middle minute of the opening round. That temporarily kept Leo from moving forward.