Star Boxing was pleased to ring in the start of the 30th anniversary of International Boxing Hall of Fame Induction Weekend at today's official press conference ahead of Friday night's highly anticipated seven fight card, headlined by 6-time world champion, ZAB "SUPER" JUDAH (44-9 30KO's), and New York knockout artist, CLETUS "THE HEBREW HAMMER" SELDIN (23-1 19KO's).  The celebration kicked off with ANTHONY PICENTE, Onieda County Executive, who said, "this is a world class resort. It always has been and always will be. Joe [DeGuardia], I want to thank you for bringing this event here and working with Turning Stone to make this happen. It is an exciting time for Onieda county."

Next, fans and media in attendance got to hear from ED BROPHY, Executive Director, International Boxing Hall of Fame. "It has been a magical 30 years with the biggest names in boxing here in Canastota," Brophy continued, "the main event is going to be exciting. Zab has the name and the titles, but it's going to be a tough fight against Cletus Seldin....It's going to be a great night of boxing." 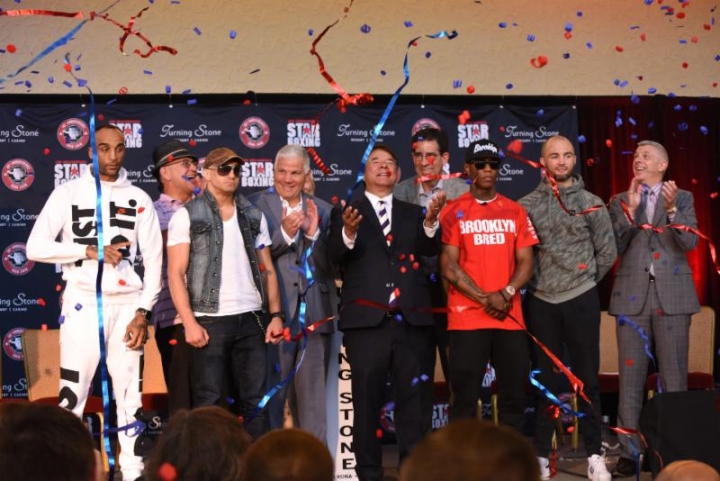 Star Boxing CEO JOE DEGUARDIA took to the podium, speaking on the significance of Star Boxing's connection to International Boxing Hall of Fame Induction Weekend, and spoke on the thrilling fights set to go on Friday night. "It is truly a pleasure to be part of this week here at Turning Stone... this is a special time for boxing," said DeGuardia. "We are at a place, [Turning Stone], which has become a true friend to boxing because they put on the best shows year after year. In these fights, we really can't predict what's going to happen and that goes right up to the main event. These are all going to be thrilling 50-50 fights." 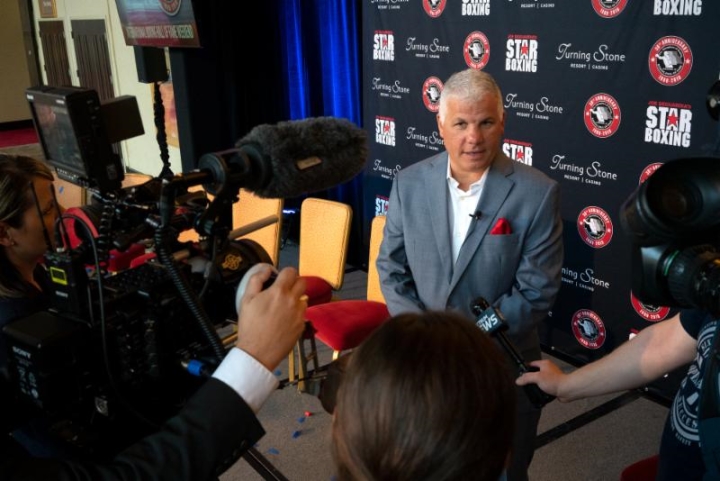 Continuing the theme of the weekend, Star Boxing will feature two fighters on June 7th's card who have a golden family lineage of legendary fight history.  JAMES MCGIRT JR. (27-3-1 14KO's) will be fighting in the co-feature bout against DAVID PAPOT (22-0 3KO's) for the WBO International and WBA Intercontinental titles, on the same weekend in which his father, "Buddy" McGirt, will be inducted into the International Boxing Hall of Fame.  Also on the card is, ROBERT DURAN JR. (2-0 2KO's), son of storied multi-time world champion, Roberto Duran. Along with this, in Duran Jr.'s corner will be the "Pazmanian Devil," multi-time world champion Vinny Paz.  The legends will be out in full force all weekend, including fight night (June 7th).