Borgata Hotel Casino & Spa in Atlantic City, N.J. - In the co-main event, super lightweight contender Subriel Matias (18-1, 18 KOs) scored a ninth-round TKO over Petros Ananyan (16-3-2, 7 KOs) after dropping Ananyan at the end of the round, prompting the referee to stop the fight at the suggestion of the ringside doctor between rounds. 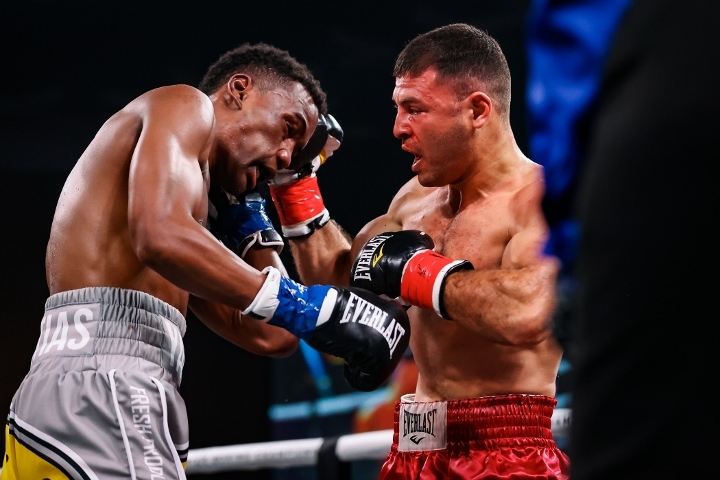 The bout was a rematch of their 2020 match that Ananyan won by decision. Matias was able to earn revenge for his only career defeat and put himself on the path toward a world title shot. The bout was contested on the inside throughout, with Matias targeting the body early and often, while Ananyan had success with chopping shots to the head. 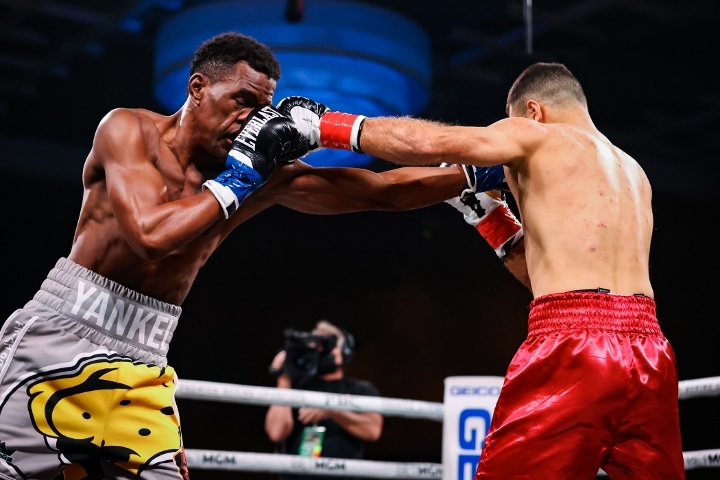 Matias was able to rack up a 252 to 164 advantage in punches landed throughout the fight, including a 59-12 edge in body punches. Ananyan was more active than Matias by a 761-678 margin but Matias’ 37% connect rate out-paced Ananyan’s 21%. 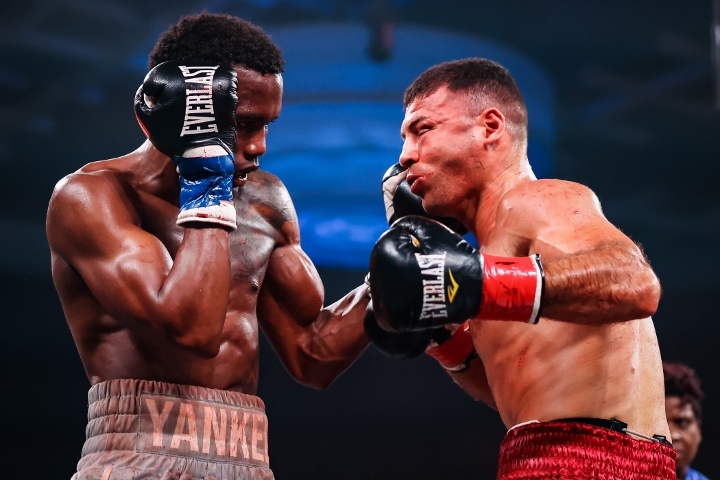 Matias’ body attack backfired temporarily in round seven, as referee Mary Glover deducted a point early in the round. Matias continued to attack the body however, and both fighters continued to have strong moments through the end of the fight. 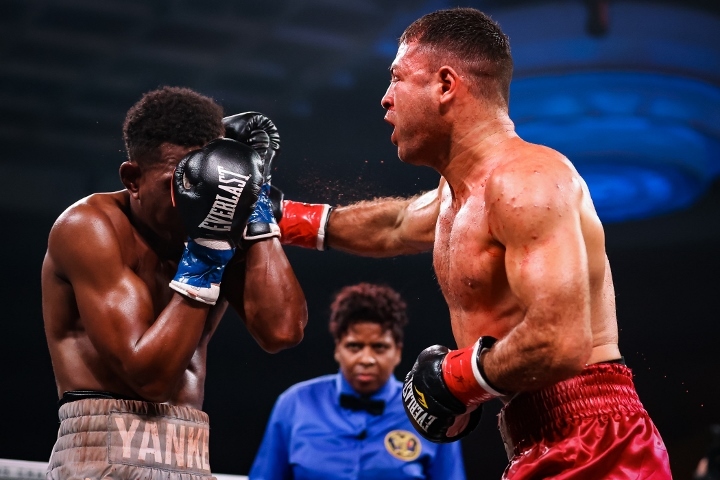 In the final seconds of round nine, Matias landed the decisive blow via a counter left hook that immediately hurt Ananyan and sent him to the canvas. Ananyan was able to get to his feet and was saved by the bell ringing shortly after. However, in between rounds the ringside doctor deemed that Ananyan could no longer continue and the bout was officially ruled a TKO after nine rounds. 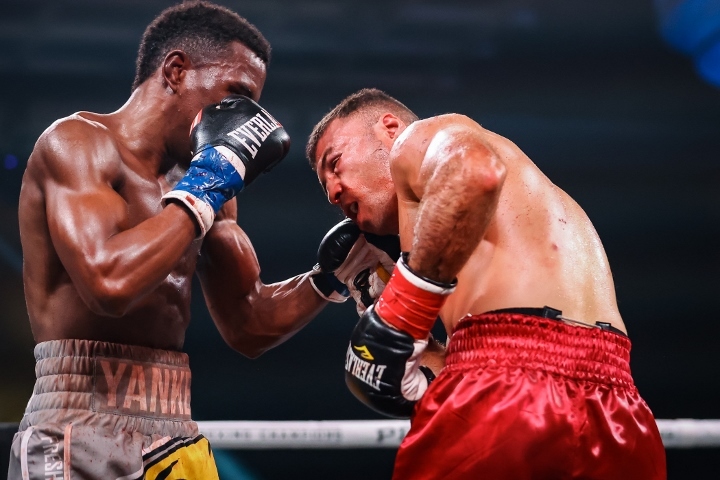 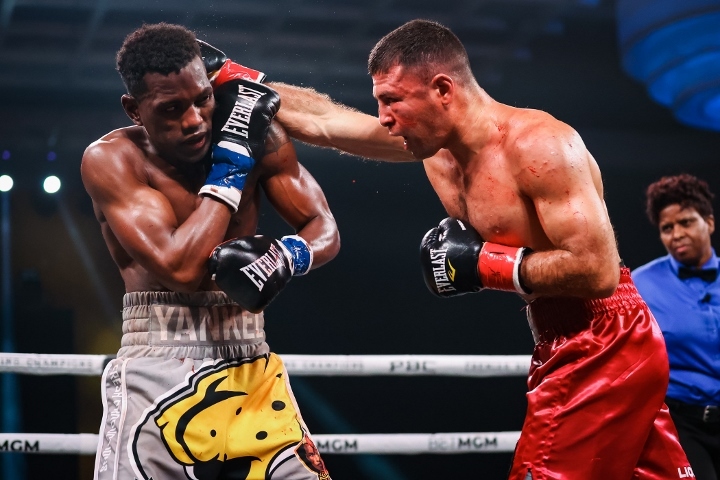 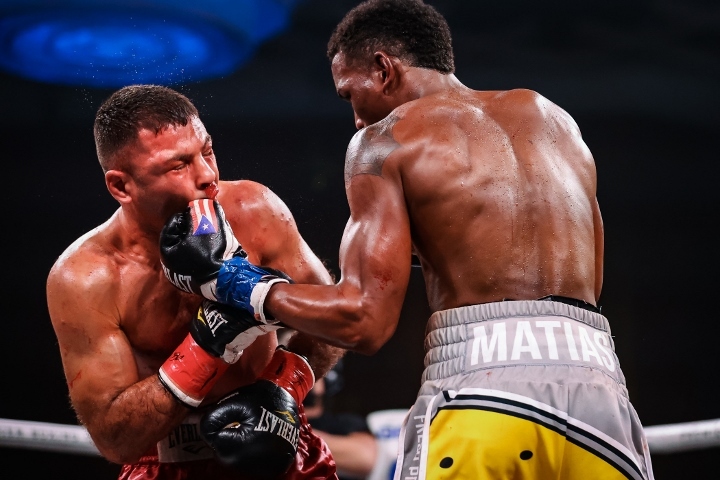 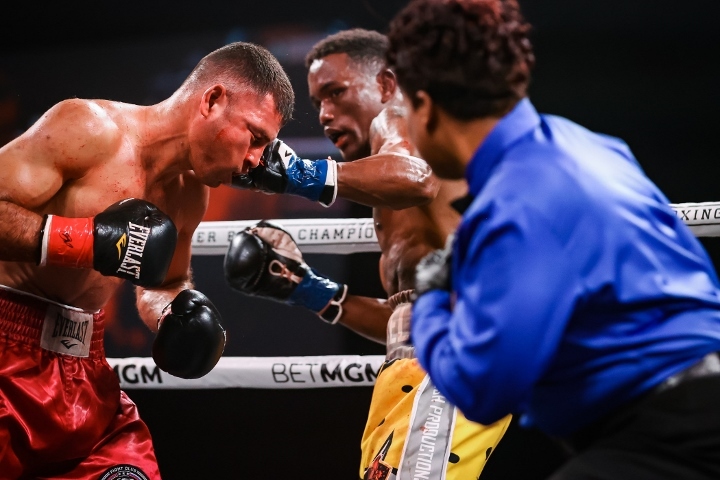 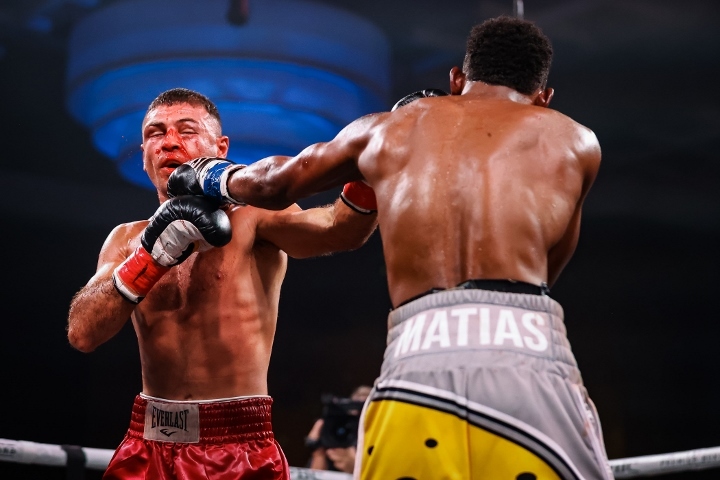 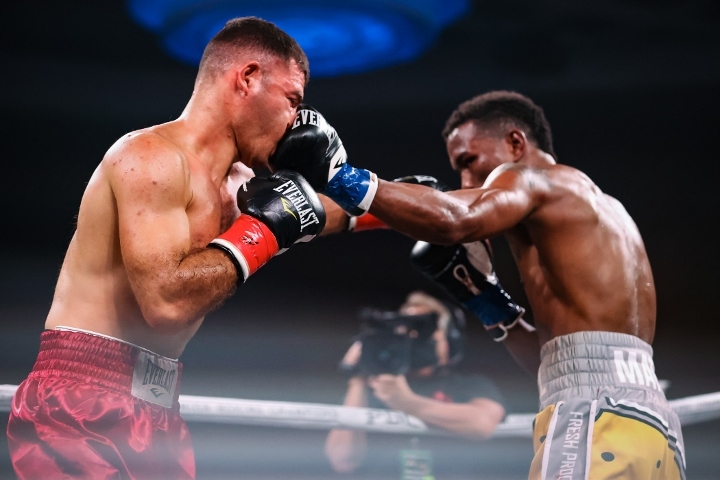 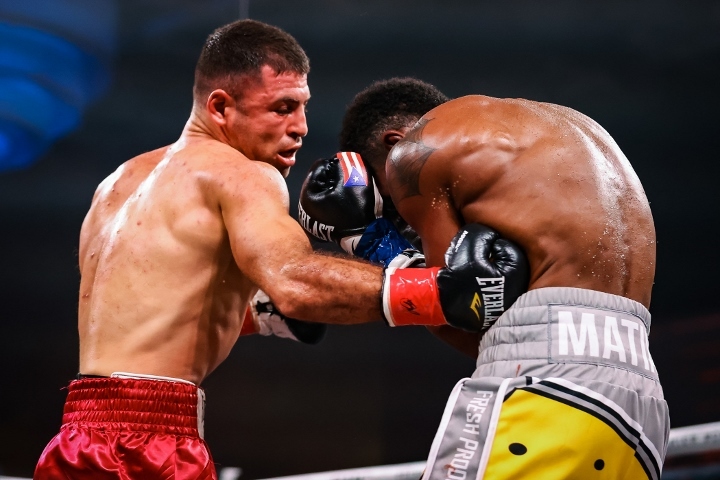 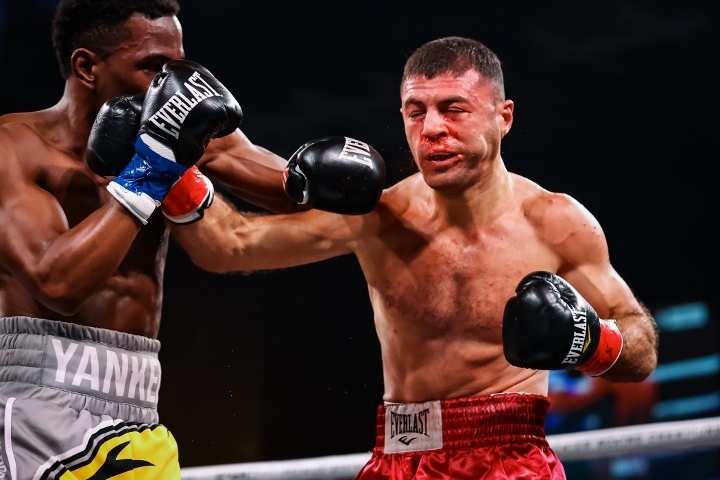 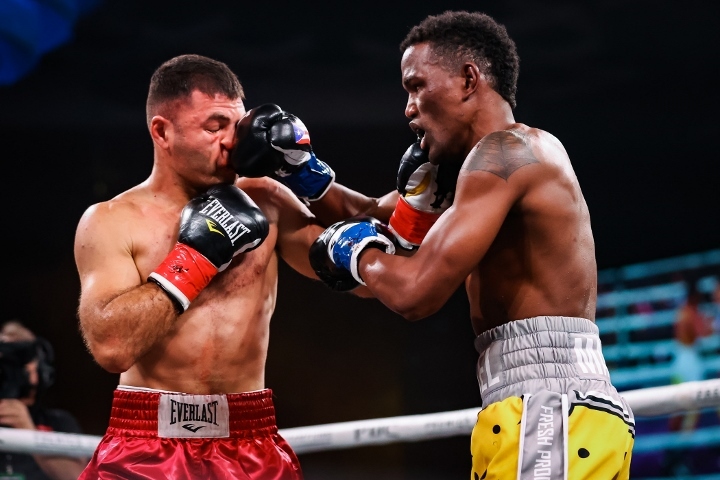 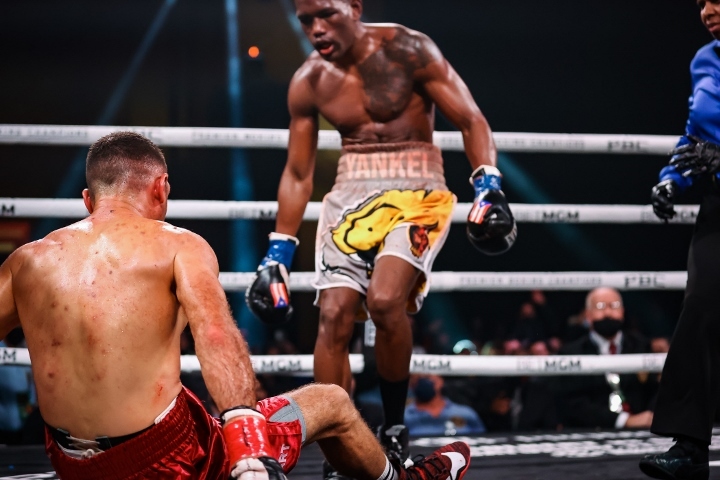 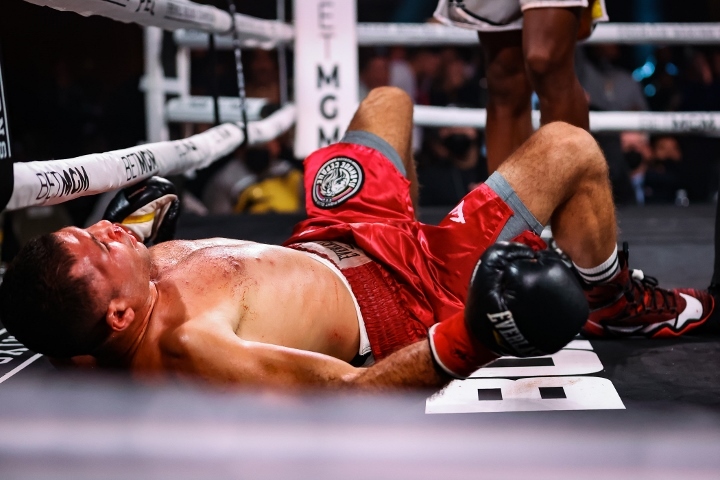 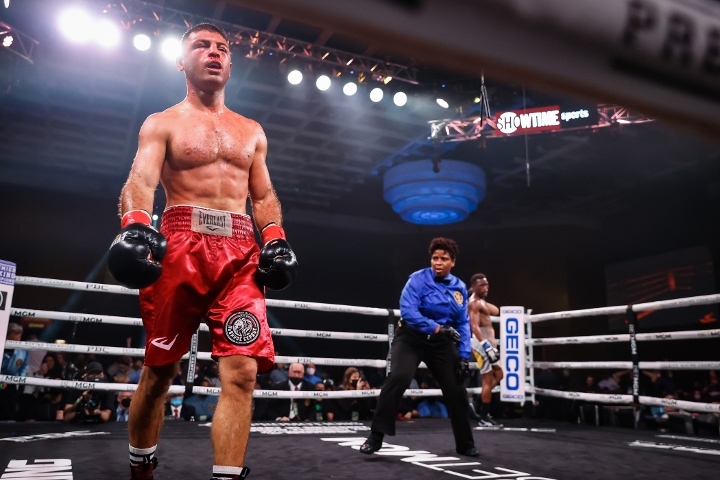 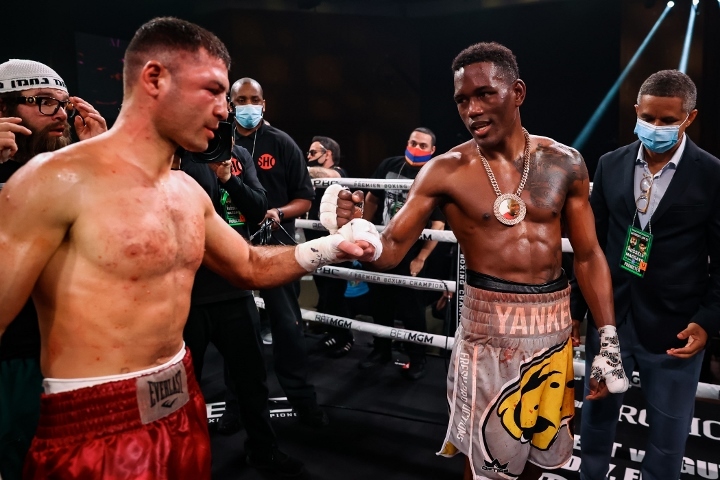 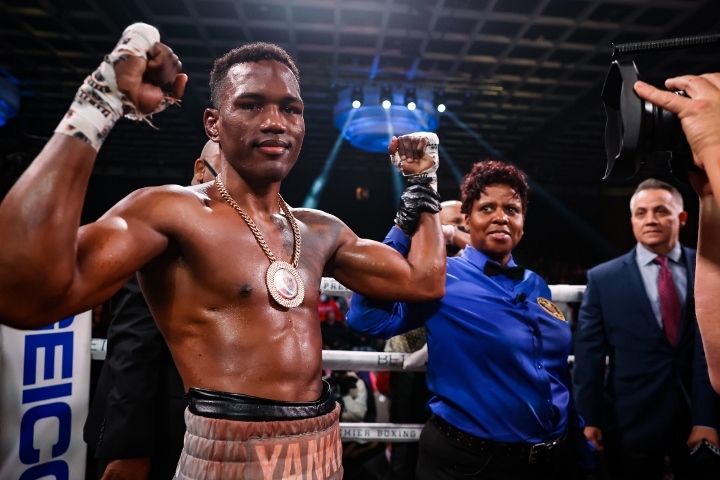 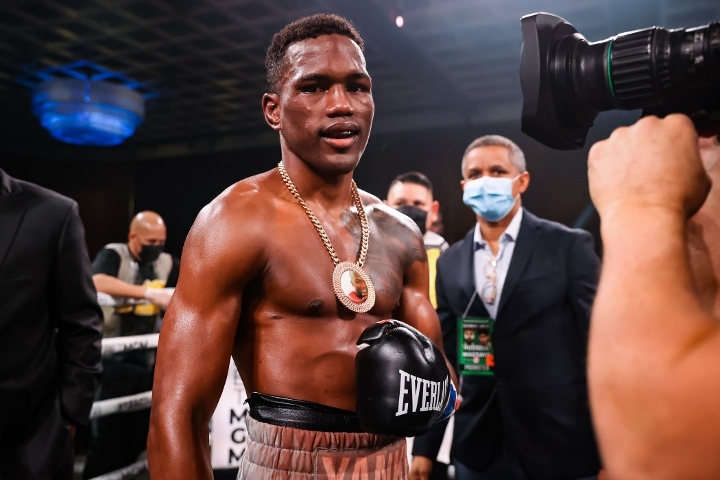