Unified WBC and WBO 122-pound world champion Stephen Fulton Jr. and former unified champion Danny Roman went face to face at the official weigh-in before they meet in the SHOWTIME main event this Saturday, June 4 from The Armory in Minneapolis in a Premier Boxing Champions event. (photos by Esther Lin) 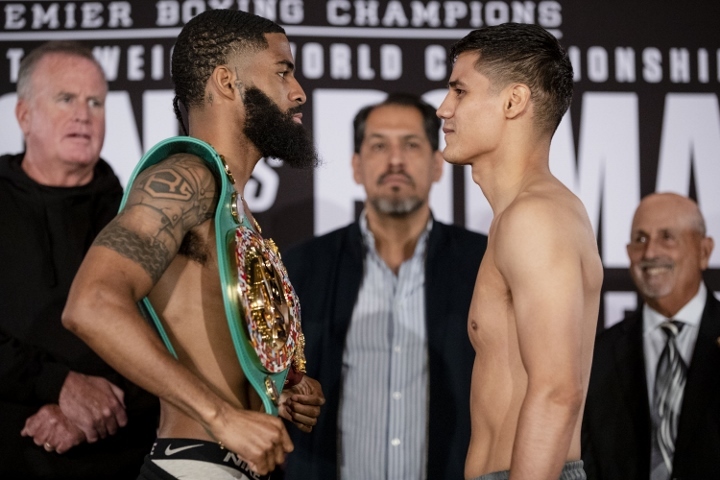 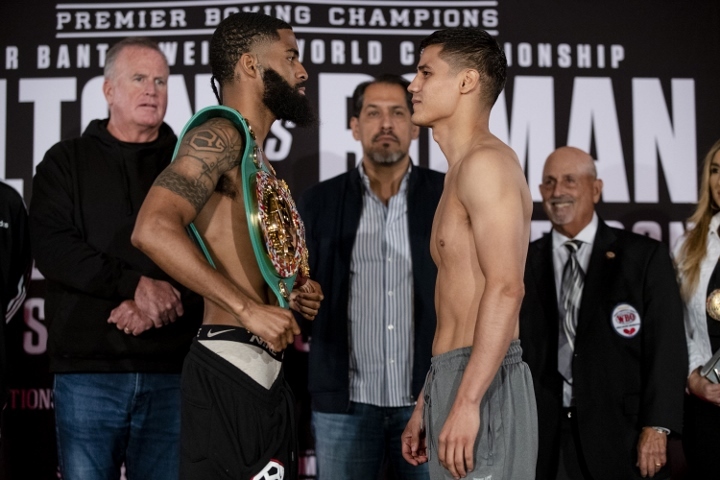 Kicking off the telecast will be the premiere of Gervonta Davis’ sensational stoppage of Rolando Romero last Saturday night as he defended his WBA Lightweight Title in front of a star-studded, sold-out crowd that included celebrities across the entertainment and sporting gamut. 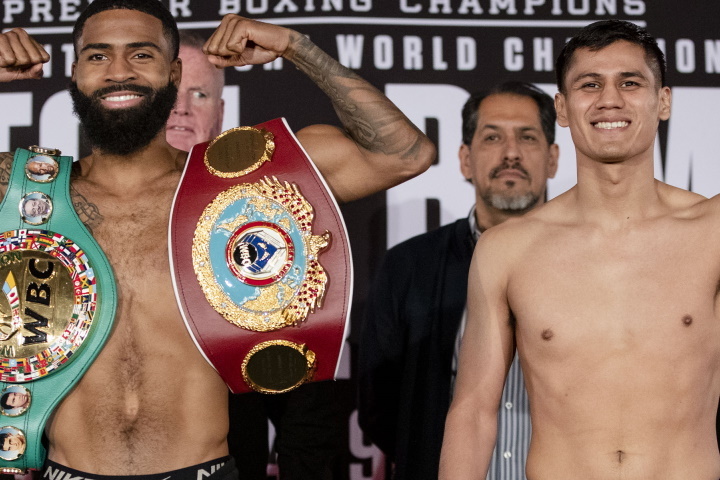 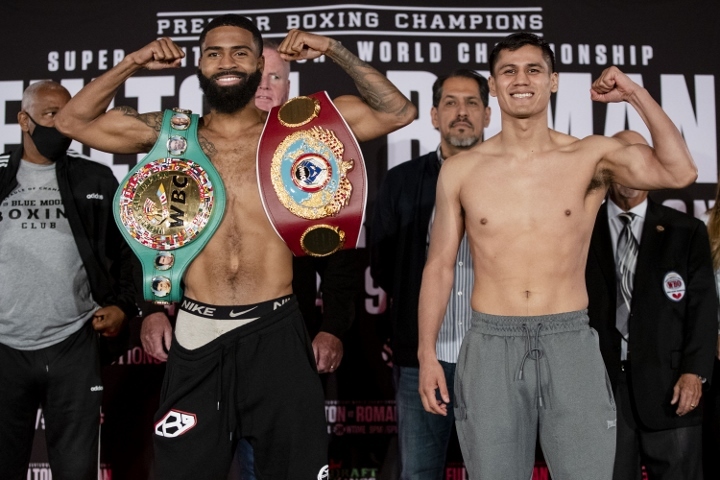 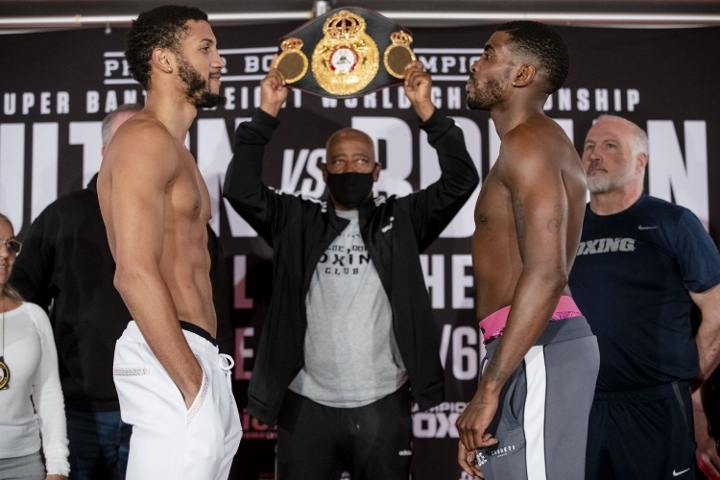 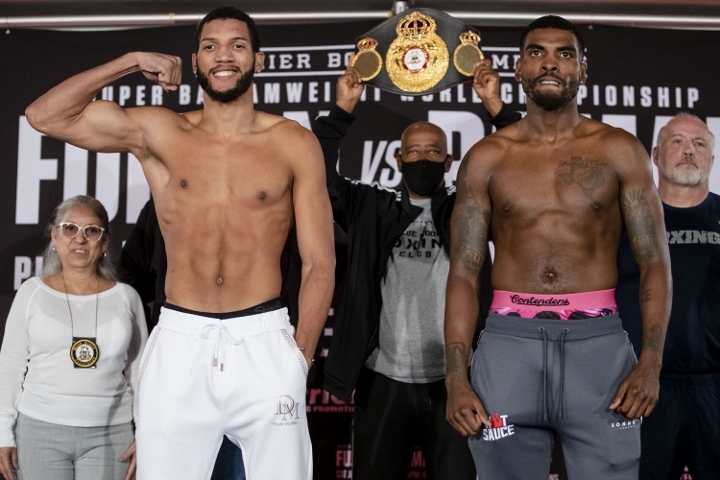 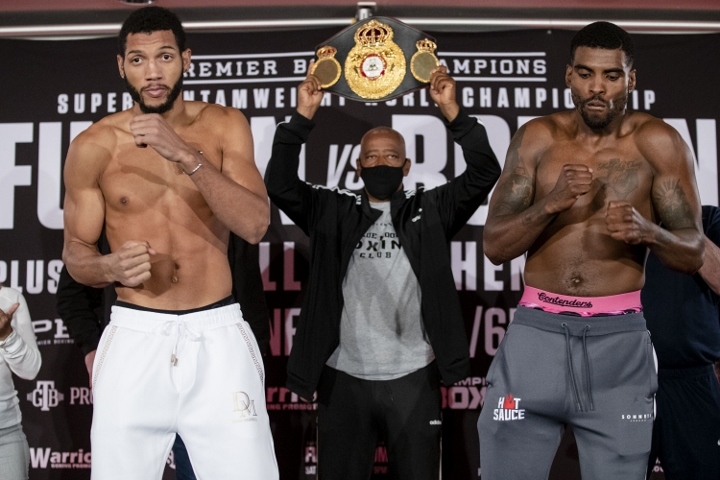 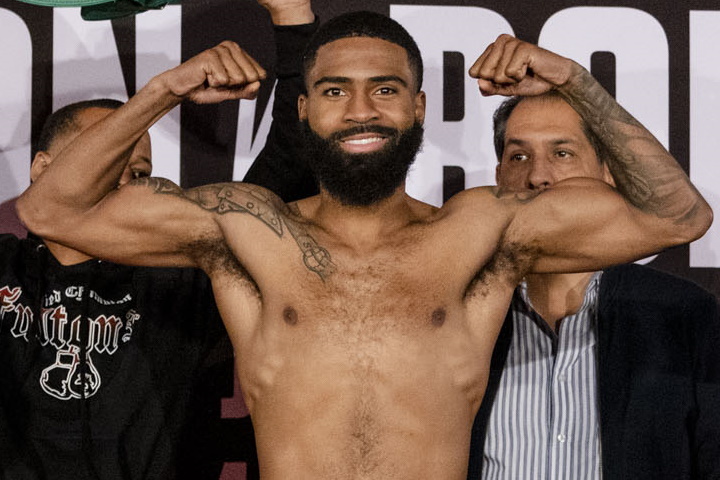 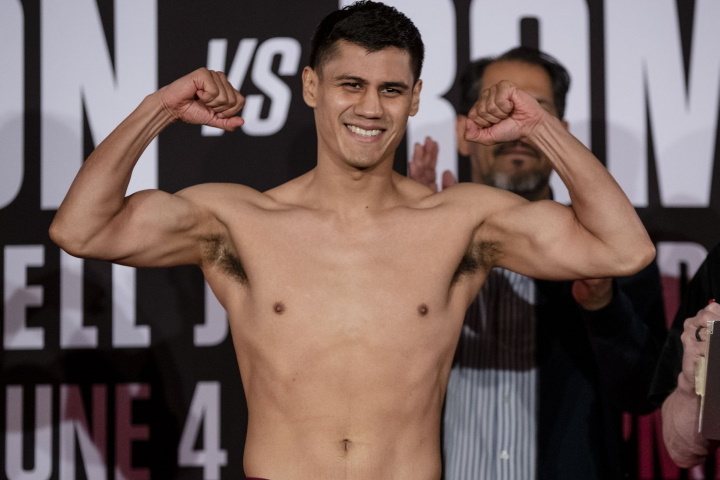 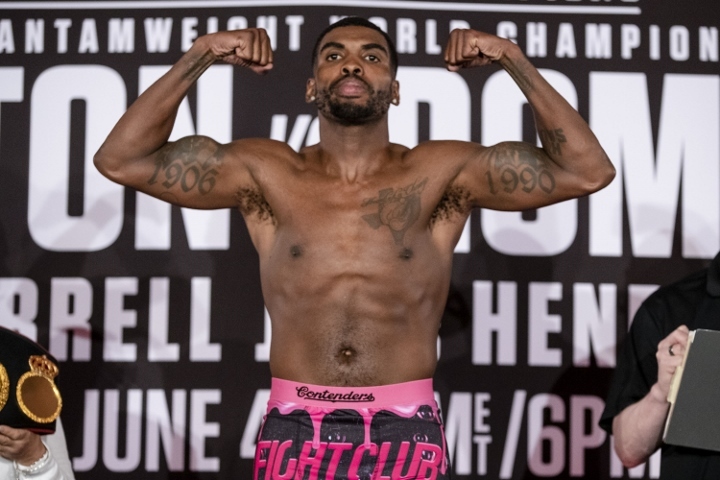 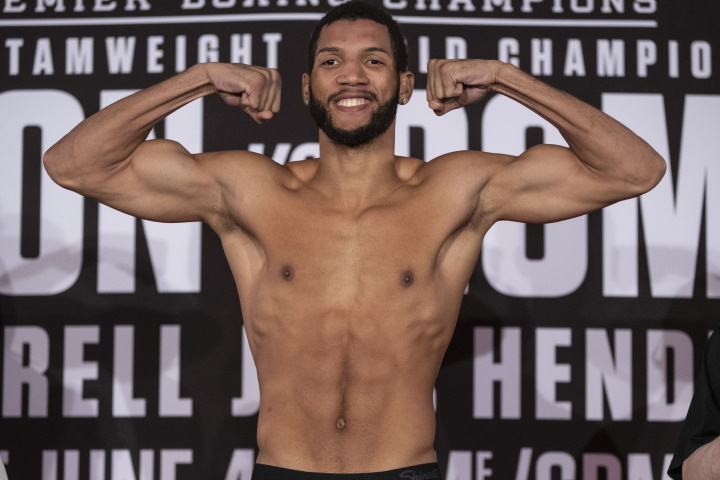