WBC/WBO junior lightweight world champion Shakur Stevenson has never fought at home as a world champion. The six letters on the front of his trunks — Newark — represents his past and immediate future. (photos by Mikey Williams) 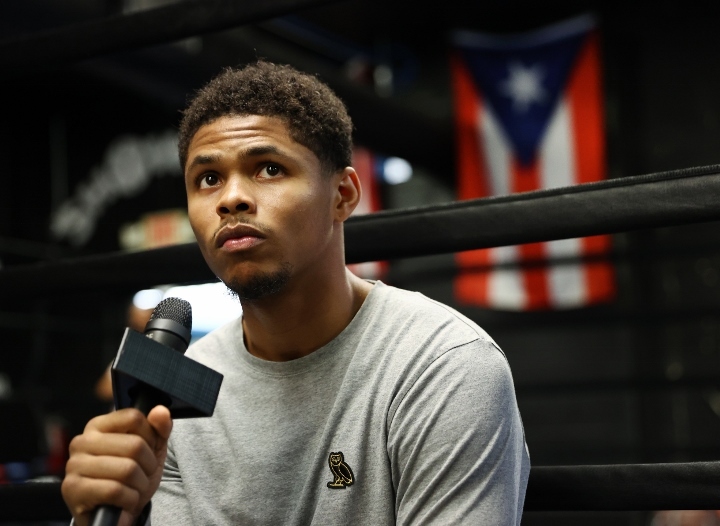 Stevenson (18-0, 9 KOs), a 2016 Olympic silver medalist, will defend his belts against Brazilian Olympic gold medalist Robson Conceicao (17-1, 8 KOs) on Friday evening at Prudential Center. He has fought at Prudential Center once before. In July 2019, he stopped Alberto Guevara in his last fight before winning the WBO featherweight world title that October. 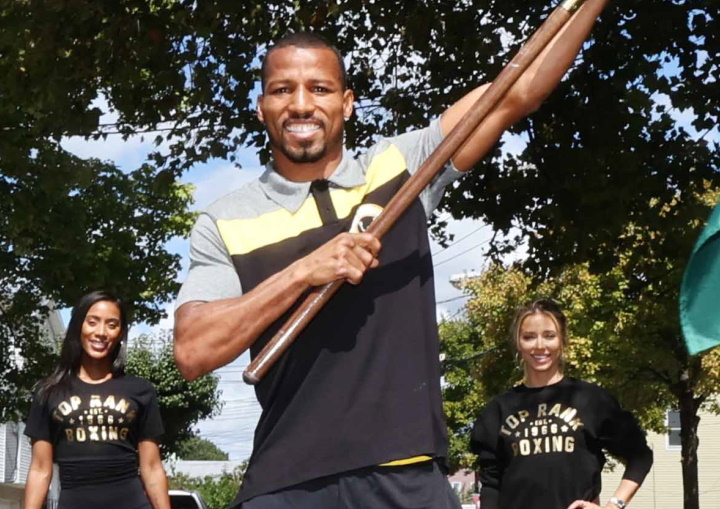 A world championship homecoming, though, feels a little different. Stevenson kicked off fight week Tuesday afternoon at Boylan Street Recreation Center, where he met several dozen local children and was greeted by Councilwoman LaMonica McIver and other politicians from Newark and the surrounding areas. Stevenson trained at Boylan as a youngster and always makes a point to return to his roots. 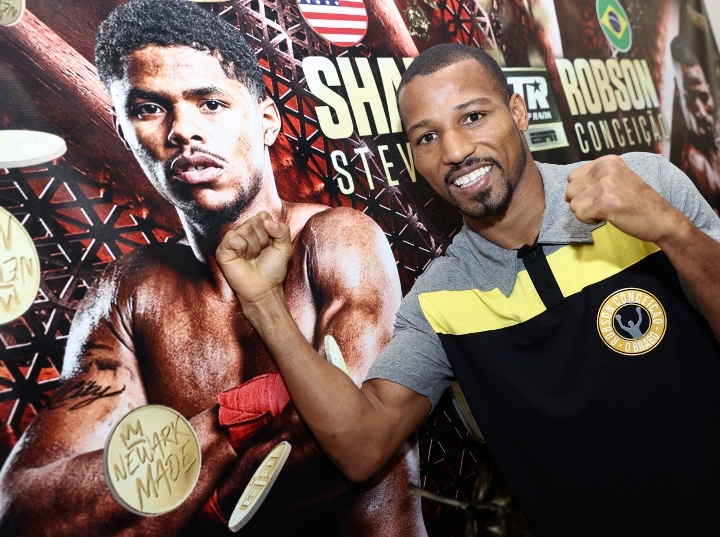 Earlier that day, Conceicao received a hero’s welcome at Mantena Global Care, a Newark-based nonprofit that serves the Latino community in the city. Newark’s Ironbound neighborhood is home to one of the nation’s largest Brazilian populations. Many local dignitaries, including East Ward Council Member Michael J. Silva, were on hand to support Conceicao. 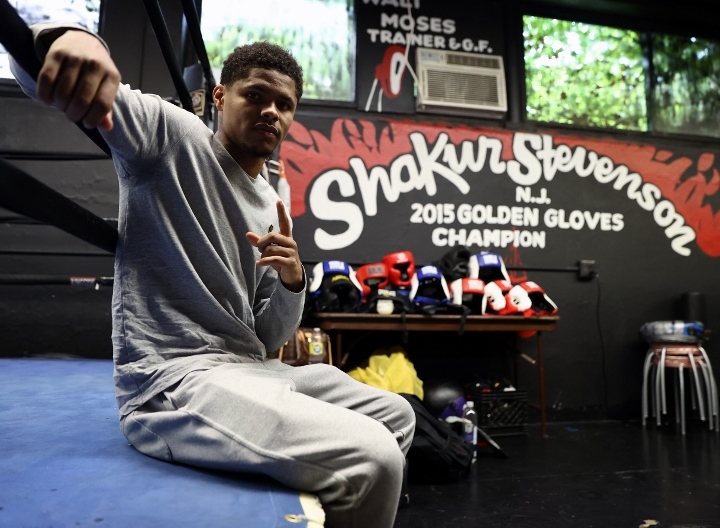 “I knew that Newark had a large Brazilian population, but I am humbled by the reception I have received today,” Conceicao said. “I fight for my country, and I will go out there Friday night to win these titles for my people.” 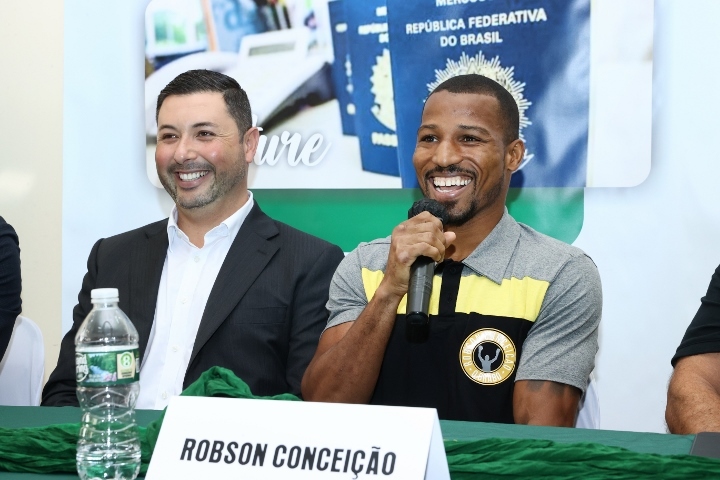 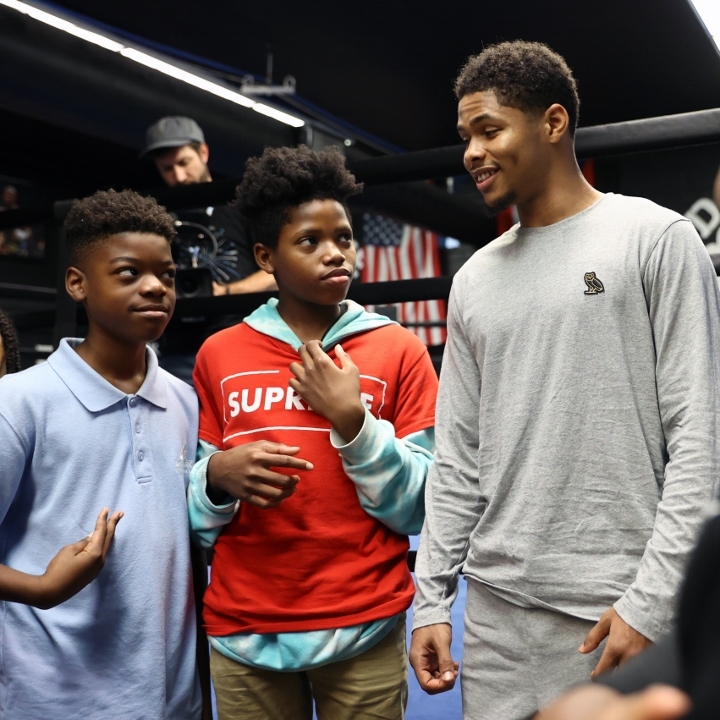 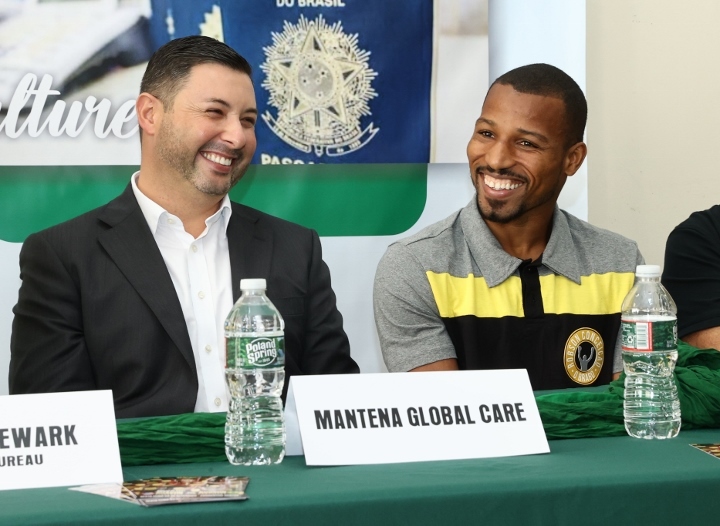 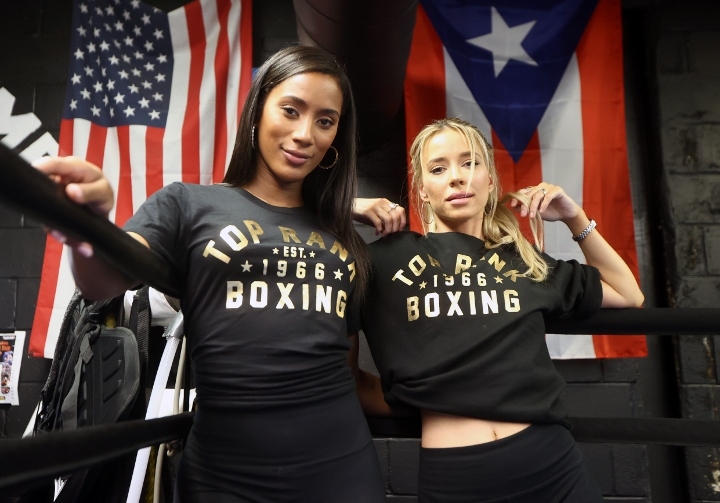 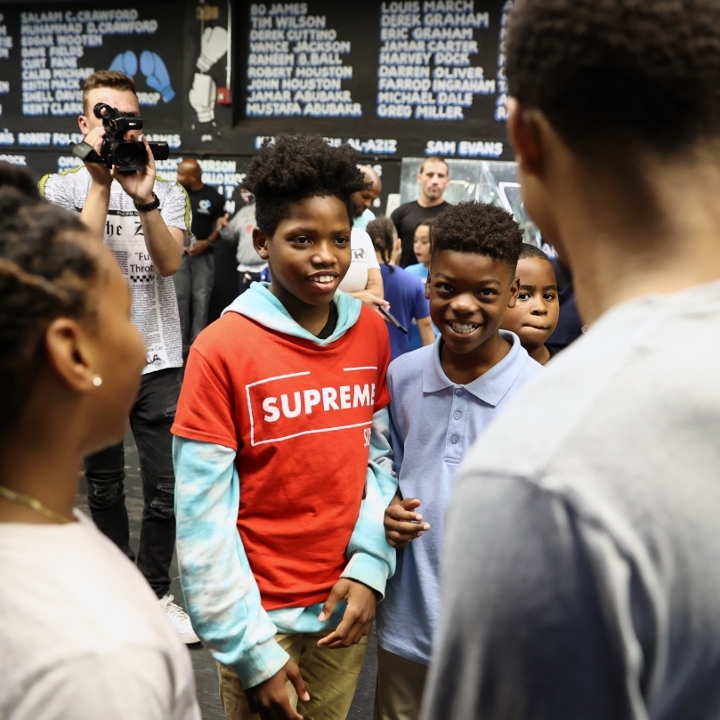 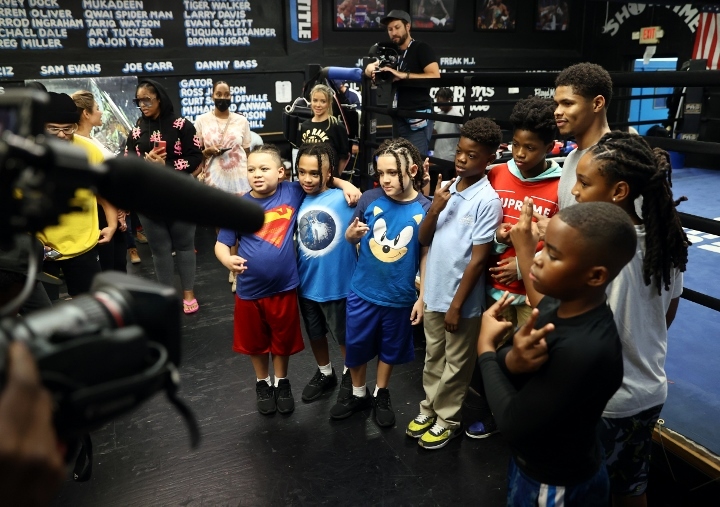 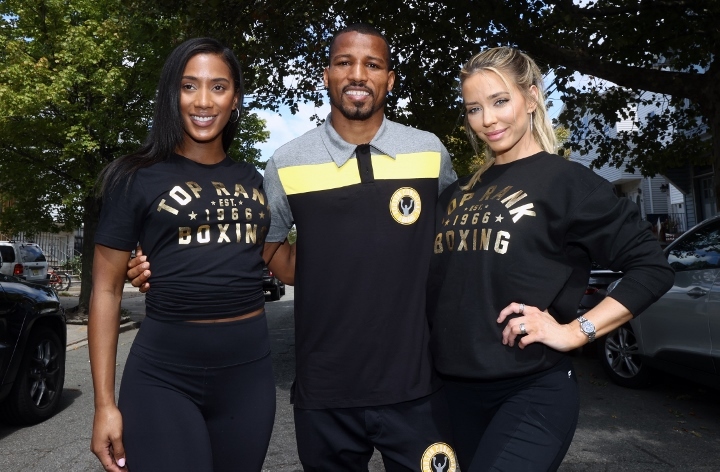 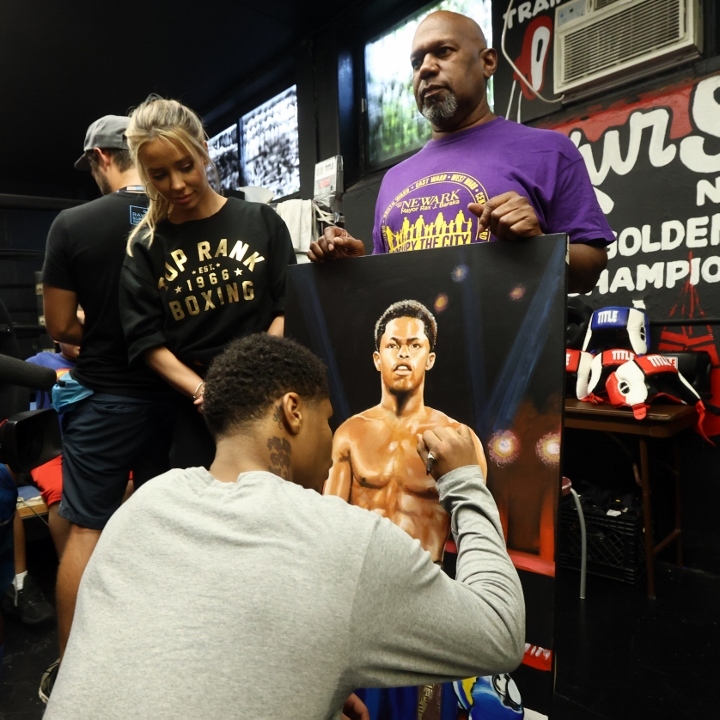 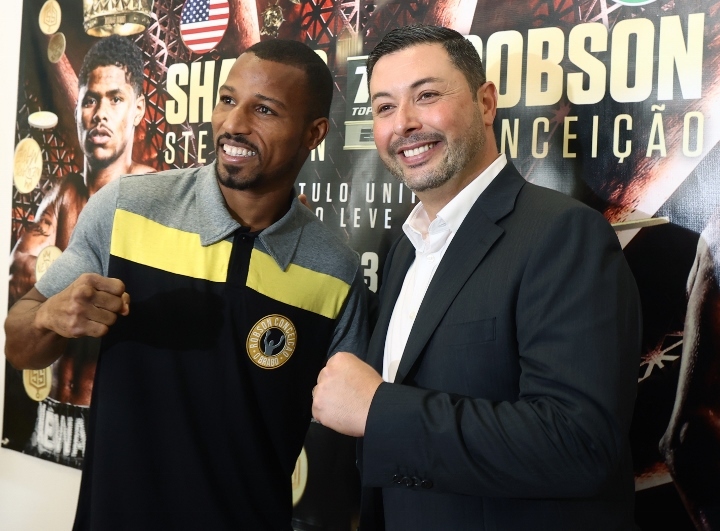 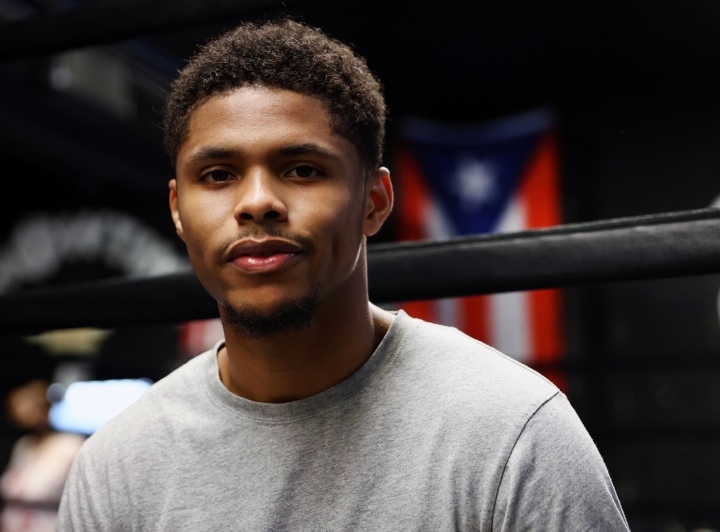 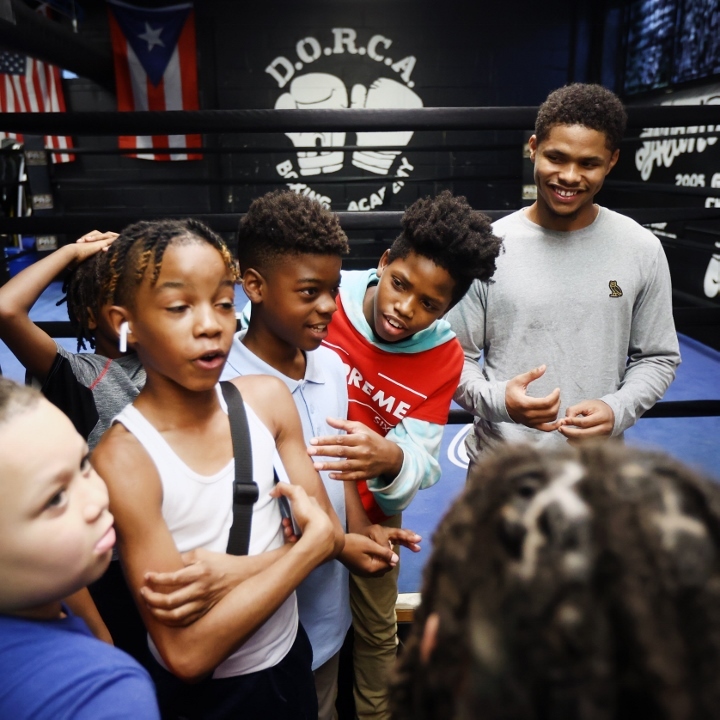 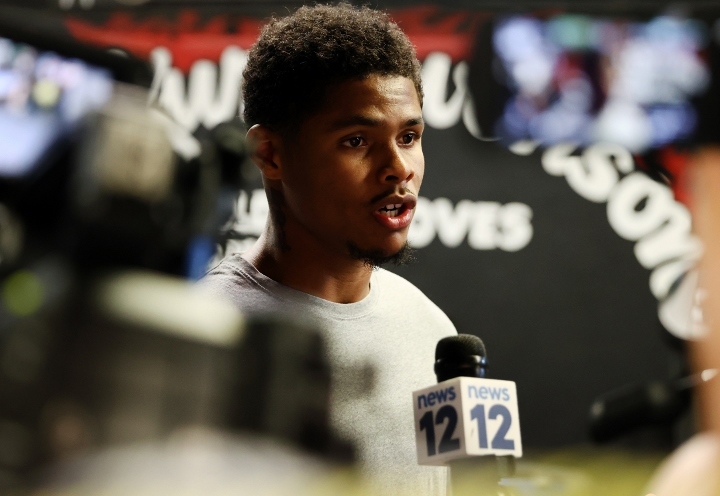 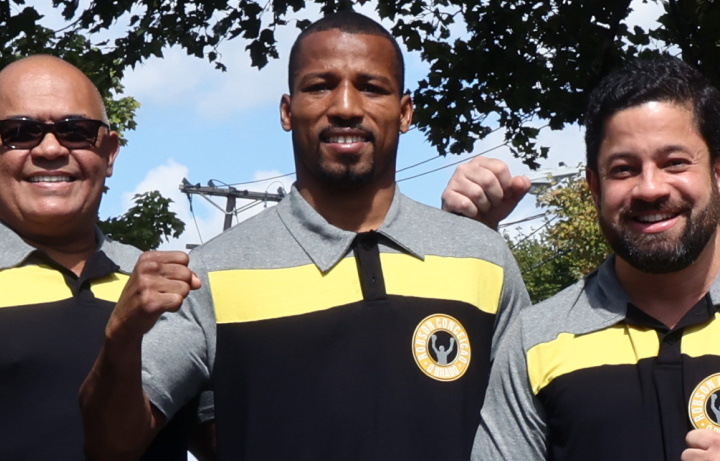 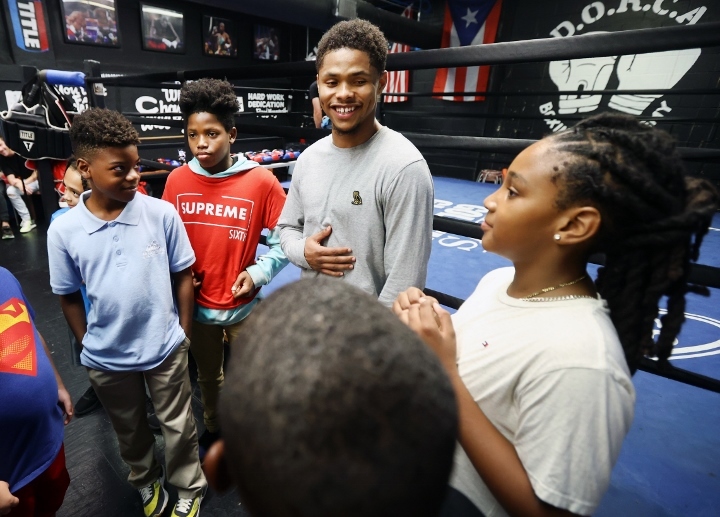 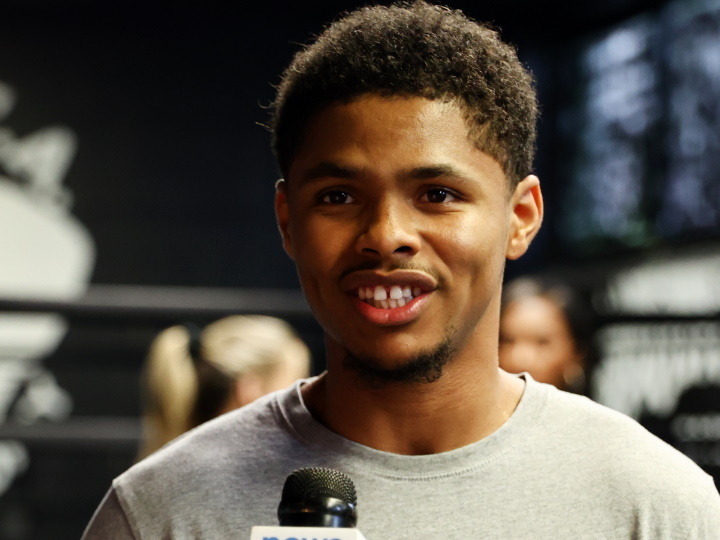 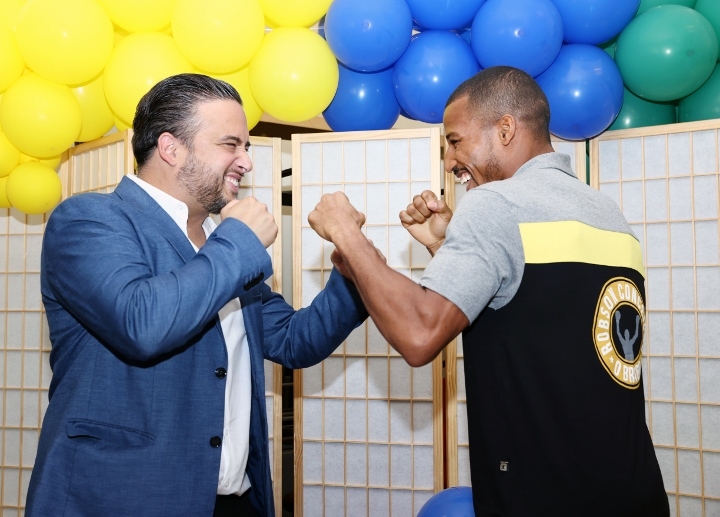 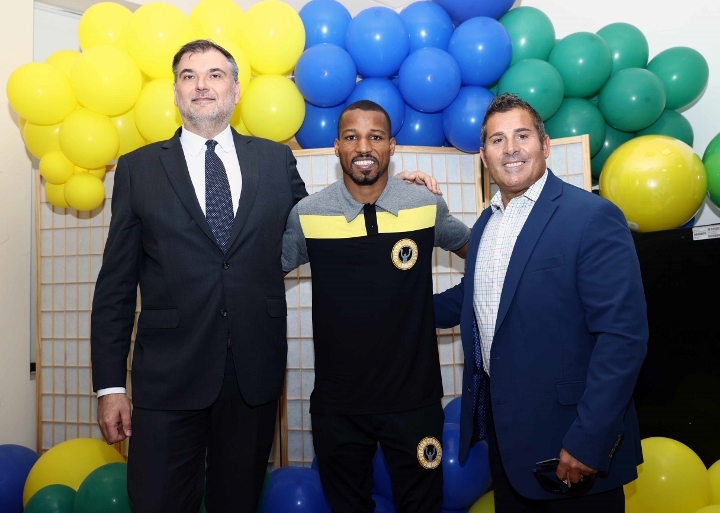 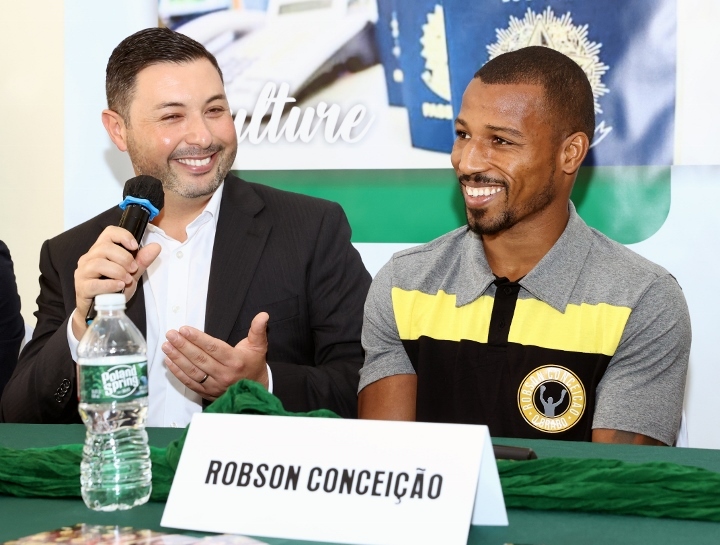 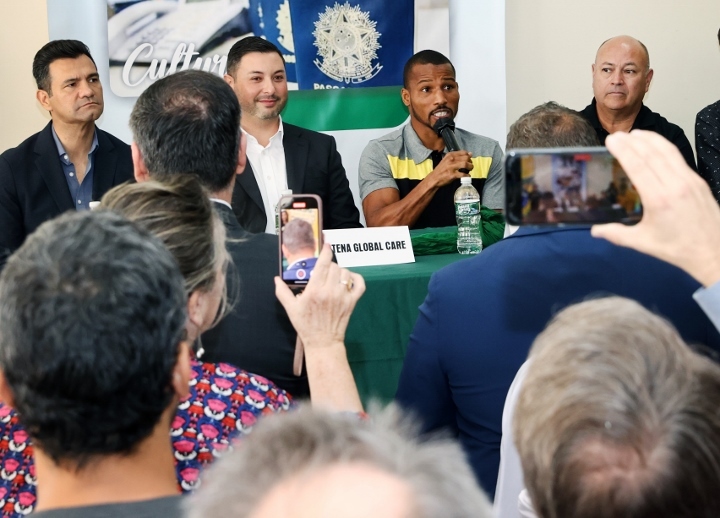