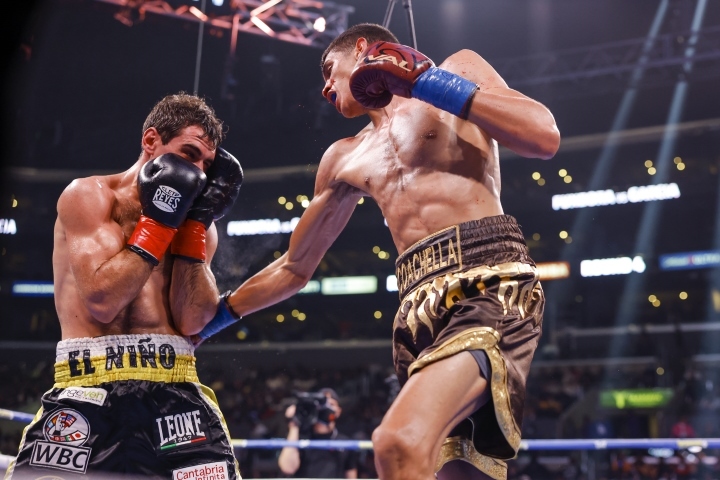 They came out throwing a lot of punches early. There were a lot of shots being exchanged. Garcia was bringing the fight to Fundora and making it an action-fight early. Garcia came out firing shots in the second and kept up a very busy workrate against Fundora. 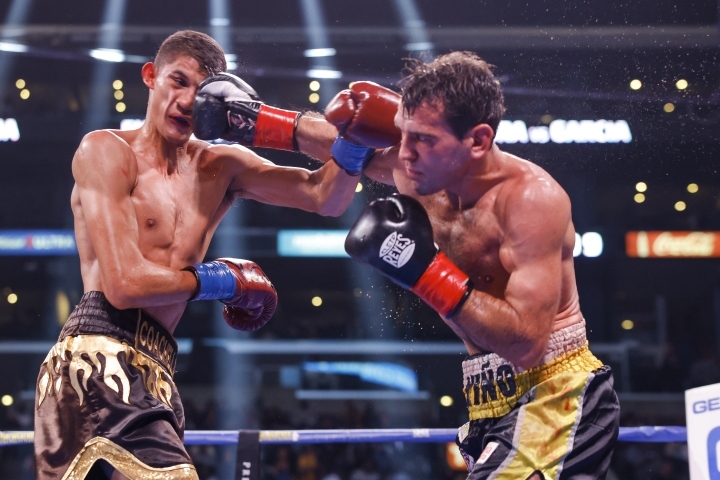 A close third, with Garcia pumping out a lot of punches and Fundora being selective with his shots. In the fourth, it was give and take. Garcia was cut around the right eye, while there was blood coming from the nose of Fundora. The action continued to be close in the fifth, with both working hard. 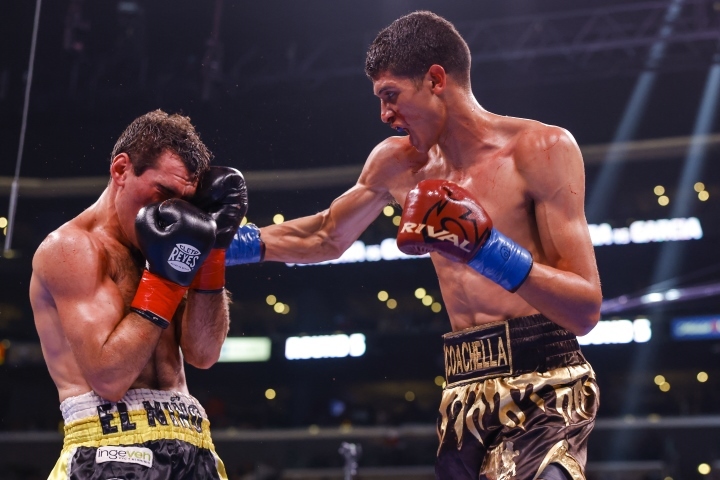 It was give and take in the sixth and seventh. Garcia continued to press forward and punch while Fundora was being pushed back and forced to fight fire with fire. In the eight, Fundora was using his distance and reach to box Garcia and land at a distance. The pace slowed down in the ninth. Both were throwing in spots. During the tenth, Fundora was not really throwing a lot with an incoming Garcia having a higher workrate. 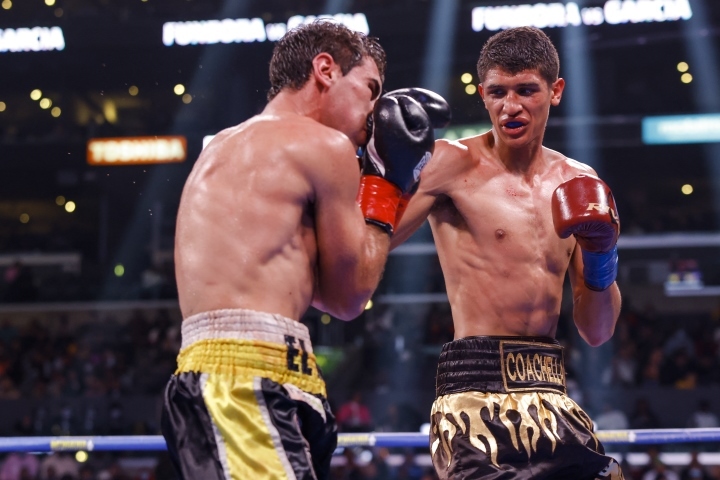 Both came out in the eleventh looking to do damage. Fundora was getting a lot busier in the round and connecting with good punches.  Fundora was moving and landing well in the twelfth, with Garcia pressing forward and just throwing as much as he could. 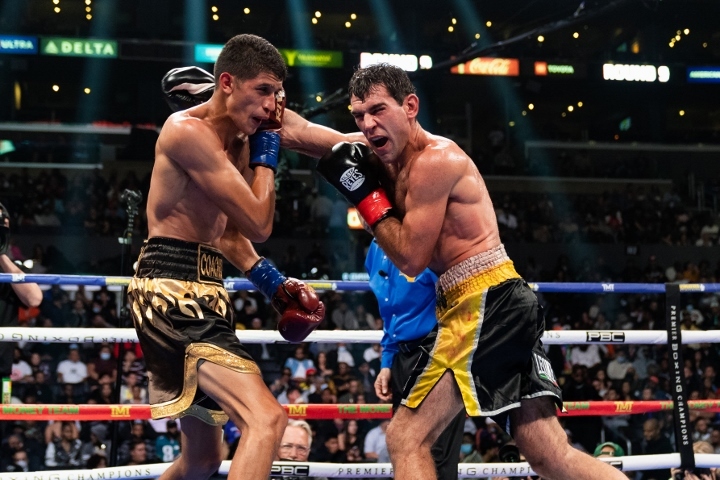 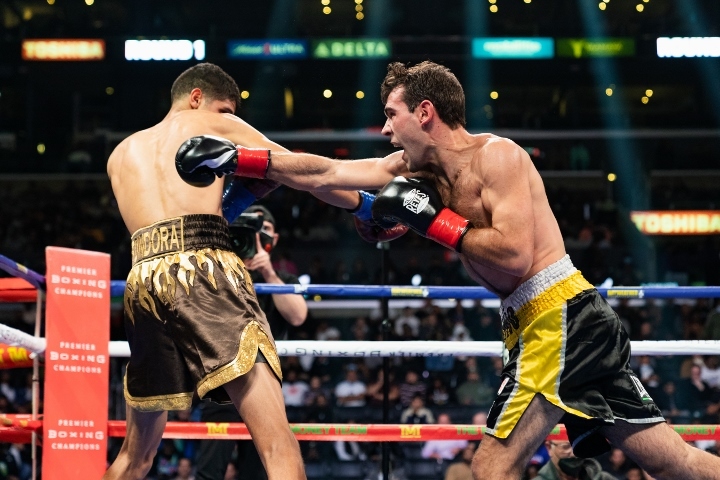 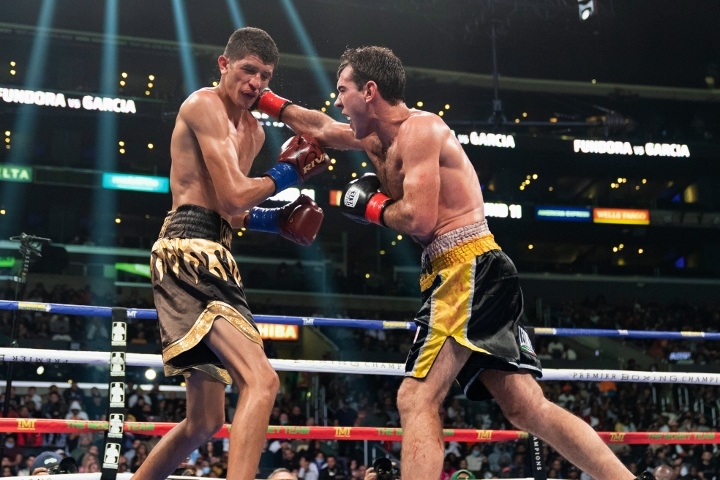 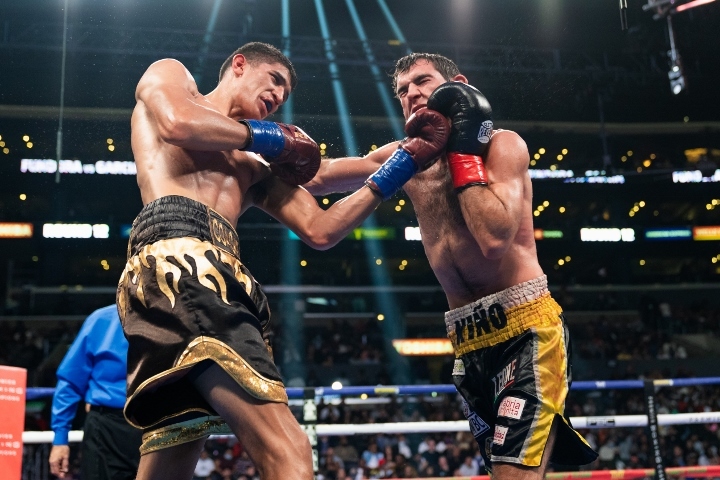 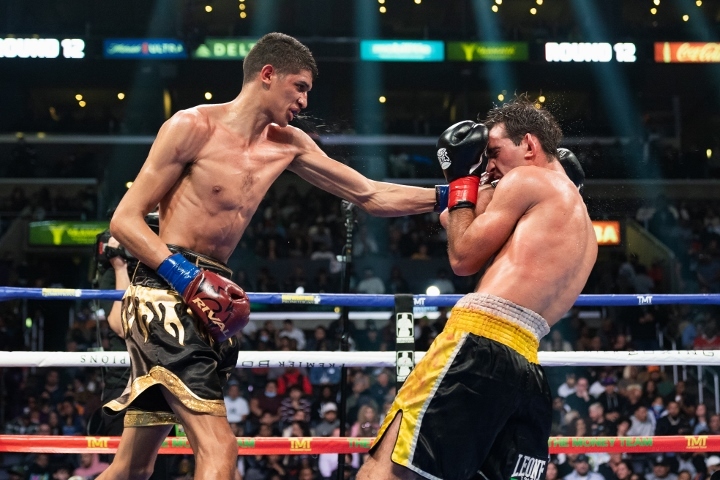 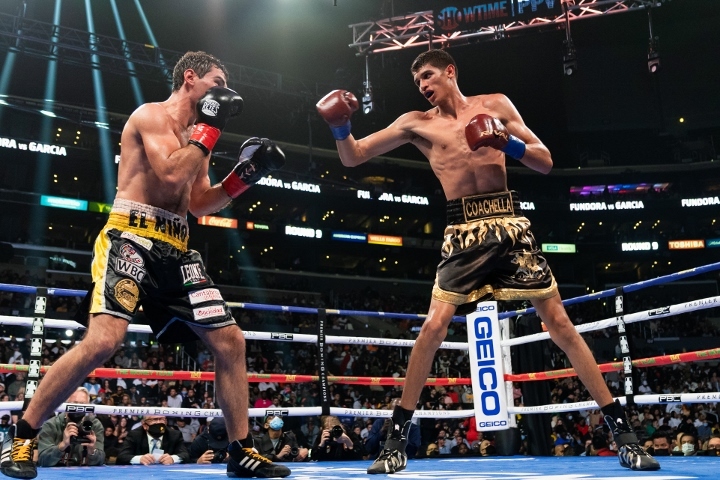 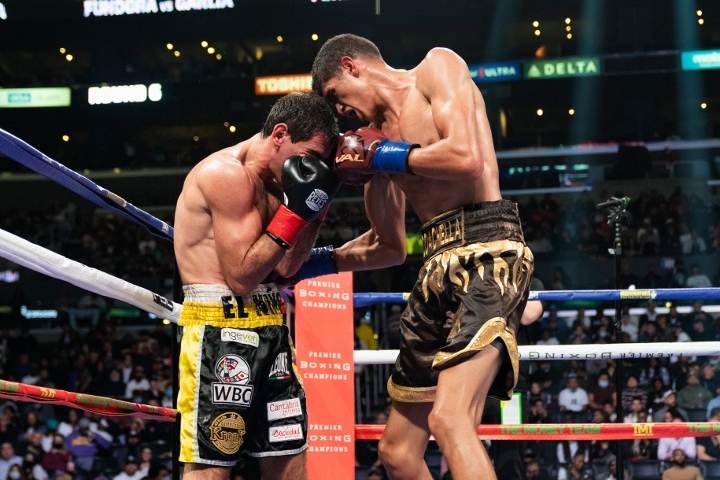 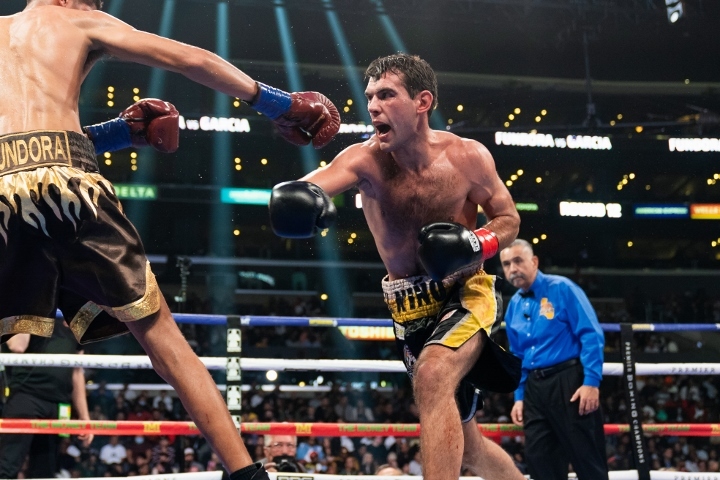 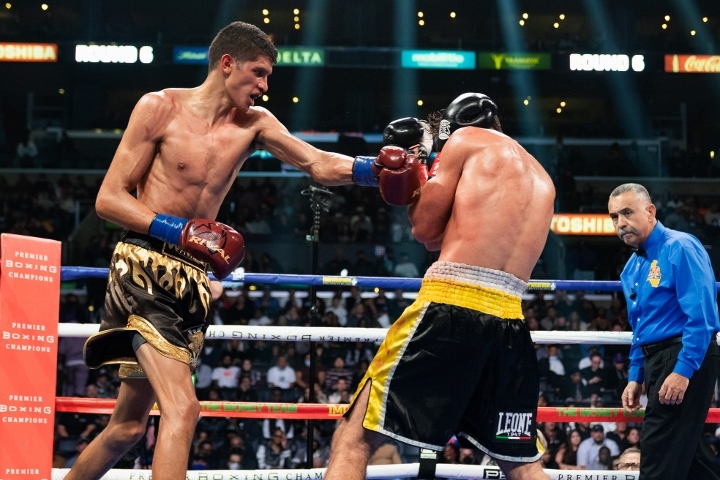 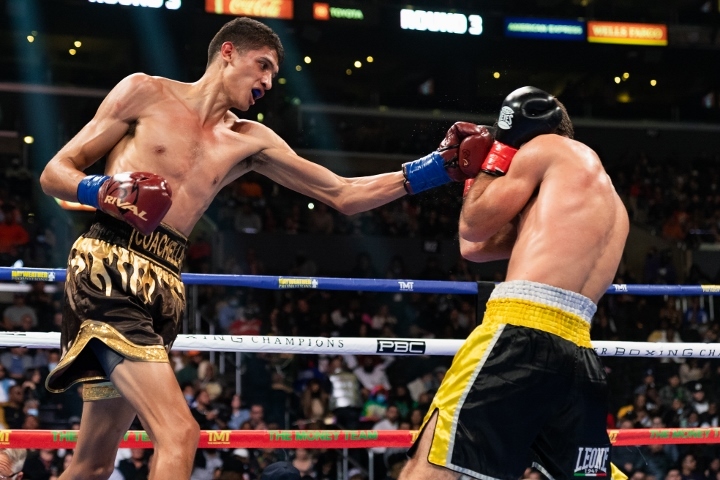 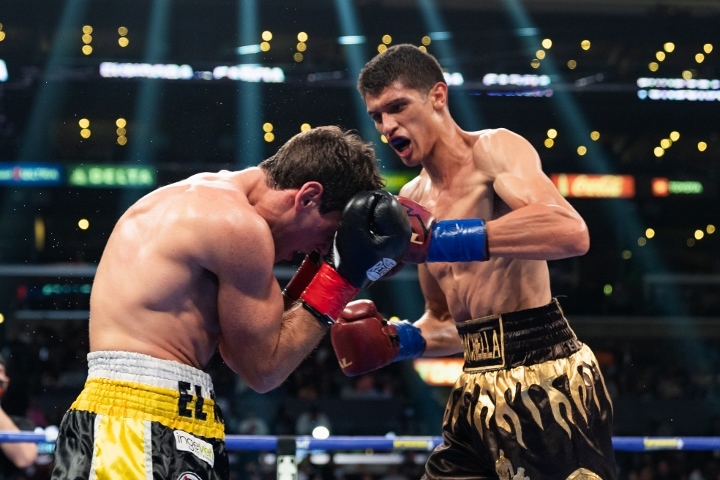 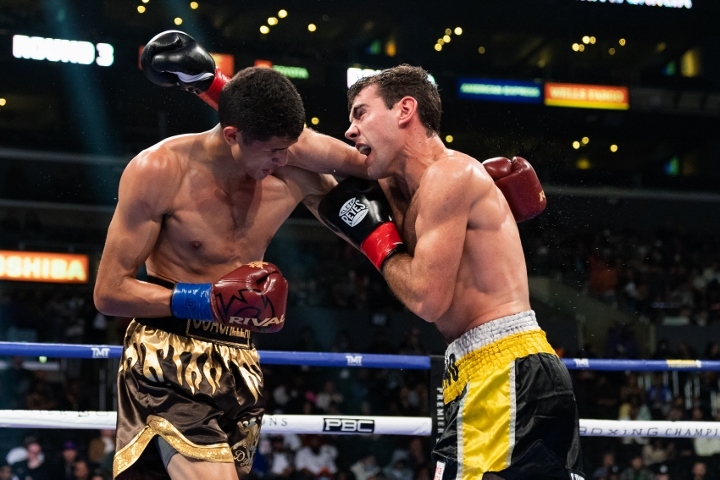 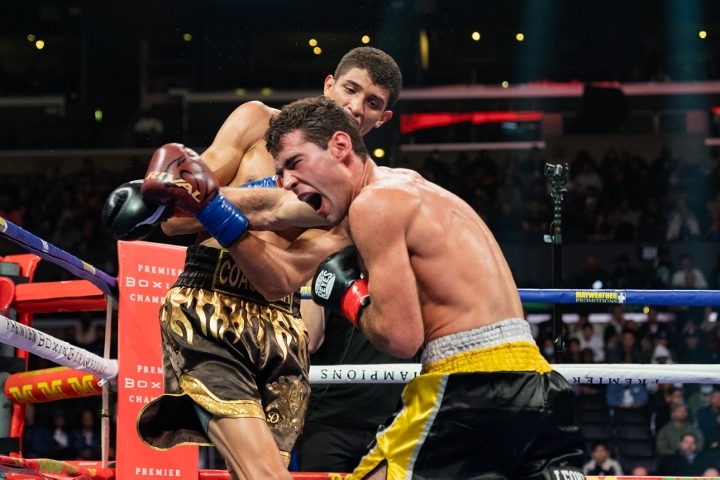 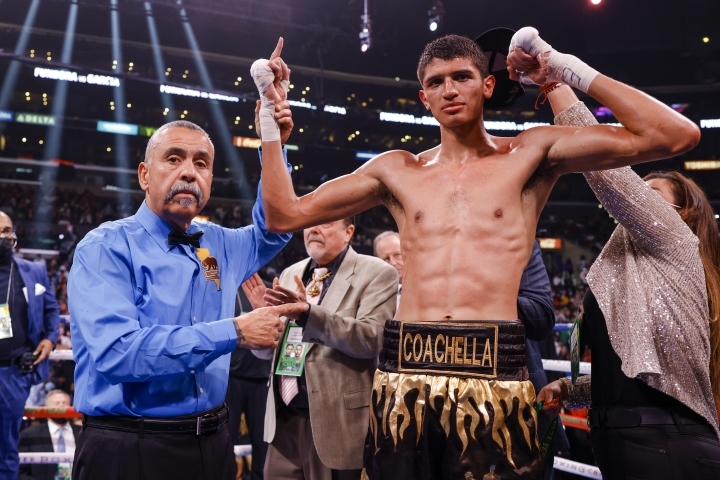