LOS ANGELES  - A group of newly-signed Ringstar Sports talent was on display at the Wild Card Boxing Club in Hollywood Tuesday, as the young fighters participated in a media workout in advance of their respective pro debuts taking place Sunday, April 9 from The Novo at L.A. Live in downtown Los Angeles. Photos by Ricky Home Jr.

Participating in Tuesday's workout was 2016 U.S. Olympian Karlos Balderas of Santa Maria, Calif., who will make his pro debut in a six-round super featherweight contest featured on the Premier Boxing Champions on FS1 and FOX Deportes telecast. 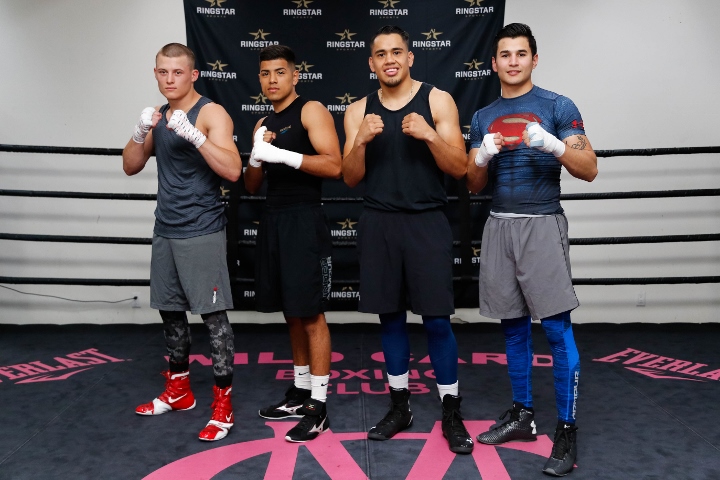 Tickets for the live event, which is promoted by Ringstar Sports, are priced at $30 general admission, $60 balcony reserved, $100 VIP balcony reserved and are on sale now. Tickets can be purchased through AXS.com HERE. 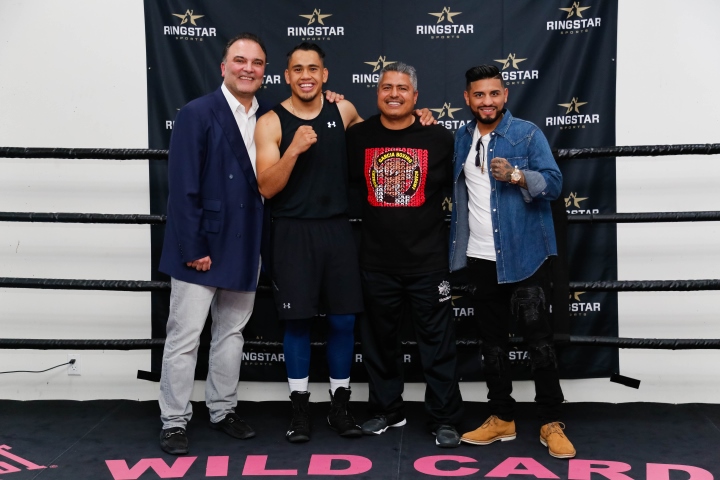 Here is what the participants had to say Tuesday:

"I've improved a lot working in the gym. I'm doing a lot of good sparring and strength and conditioning work. We're training harder but also a lot smarter than ever.

"I'm really looking forward to this fight. I've prepared well. I'm taking this as seriously as a championship fight. You're going to see a new Karlos Balderas on April 9.

"I want to be in exciting fights as a professional. I'm proud of what I did in the amateurs and the Olympics, but I know this is an entirely different game. I'm looking to do even bigger and better things.

"I'm going to take it one fight at a time. I want to build a perfect record and build my fan base. I hope to be fighting for a world title in a few years. I know that I have the right team to get me there.

"I'm going to try to stay busy and get a fight every two months or so. My last fight was at the Olympics in Rio, but after this one I'll be ready to stay in training throughout the year.

"I've known a lot of these other fighters here for a long time from all of the amateur tournaments. It's nice to see us all coming together now as professionals. In the amateurs people pretty much stay with their own team, but this is the time for us to come together and learn from each other. It's a great feeling to be a part this.

"Everyone knows a Carlos with a 'C,' so I wanted to stand out. As a professional and from here on out, I am going to be known as Karlos with a 'K'." 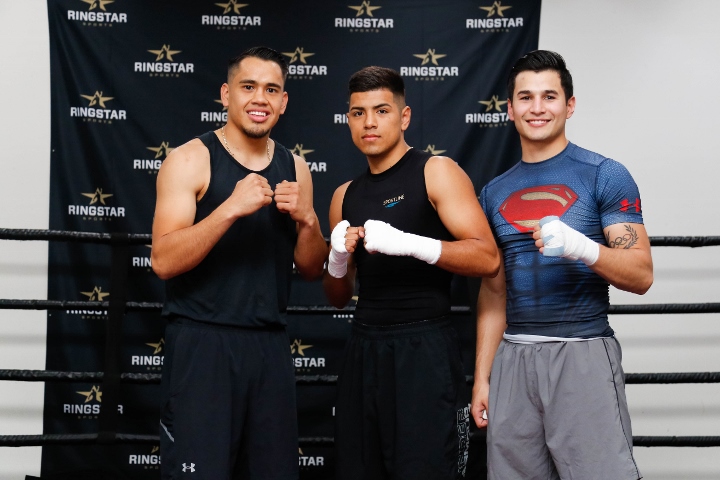 "I feel very strong and I'm excited to get back in the ring. I'm hungry to fight and prove myself in this sport.

"I'm looking forward to being in big fights. I know that it takes time. I will get there eventually and become a world champion.

"I've known Abner Mares for a long time because he was a Mexican Olympian as well and it was an easy decision to have him help me with my career.

"I knew after the Olympics that it was time to turn pro. Growing up as a Mexican child, all I wanted was to be a world champion. I want to be a fan-favorite for Mexicans.

"Los Angeles is like a second Mexico. It will feel like Mexico to me. I know that I will have a lot of fans coming from my hometown [Chihuahua, Mexico] to support me. I'm excited to work with Richard and put on more great fights." 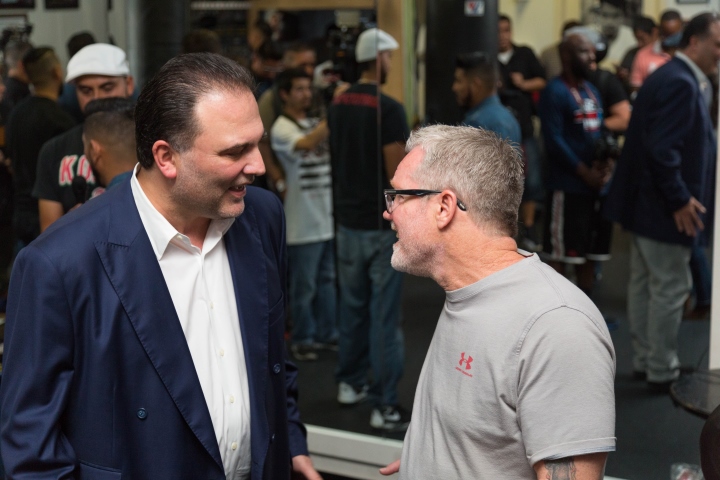 "I was very excited and eager when I first heard about the opportunity to train with Freddie Roach. I came out to California as soon as I could to start training.

"I'm working very hard. I give it my all in training and I leave everything in the gym every single day. I'm just going to keep doing my best.

"The Olympics were a very good experience for me. I won a lot of tournaments to get there and that road has led me to this moment.

"I met Richard Schaefer at the Olympics and that's what led to me signing with Ringstar. I'm very happy to be with Richard and I'm excited for this first step.

"I want to start making my mark in the welterweight division. This is a division with big stars that I'd love to face one day.

"I never thought I would live in Hollywood, but here I am and I love Los Angeles." 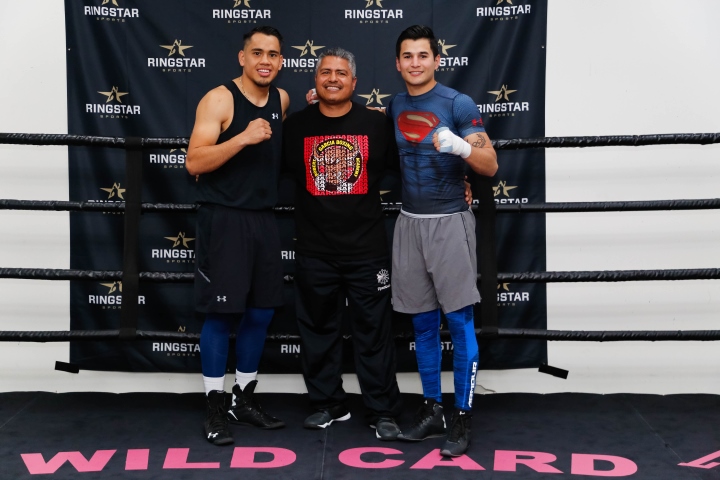 "I had an awesome experience in the Olympics and it gave me a lot of confidence heading into my pro career. I'm excited to finally be able to enter the ring and I hope all of us Olympians give spectacular performances.

"It's an honor to be turning pro on this same card with my Mexican teammate, Misael Rodriguez. I'm very happy for Karlos and Eimantas too and I look forward to being on more shows with them.

"I can't wait to compete and show off my talent to all the fans. I'm going to keep improving my skills and I believe one day I'll be able to become another Mexican world champion.

"Signing with Ringstar was the best choice that I could have made and I think there will be a lot of success for Ringstar and for me. This will be a great first step."