James was jabbing, staying at a distance and keeping Butaev at bay in the first round. Butaev began to apply a lot of pressure in the second. He was using a jab to work his way in. Both were having moments in the round, with very close action. They were trading away at close range in the third, with James landing some heavy blows. Butaev was firing back with punches of his own and forcing a fire fight. 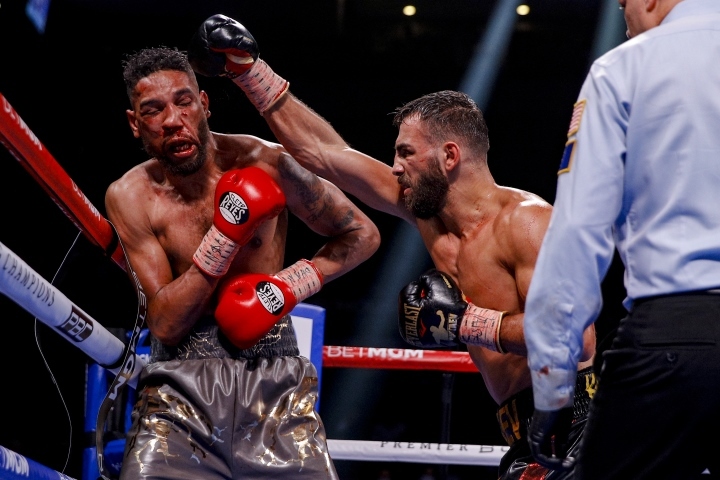 They continued to trade at the start of the fourth. The jab of James was doing damage, but Butaev came in heavy with punches to the body as he trapped James against the ropes. Even when James got away, Butaev was battering the body and rocked him with solid hook to the head. 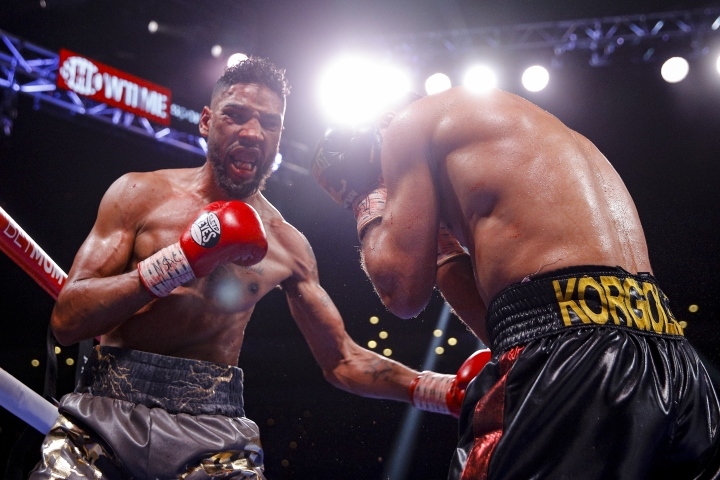 In the fifth, Butaev continued to press forward, as a southpaw, and was landing the better punches. James was taking damage to the body and the head. Butaev lost a point for a foul when he landed a punch to the back of the head. During the sixth, Butaev continued with the pressure and was wearing James down. James seemed to be on unsteady legs and unable to hurt Butaev. 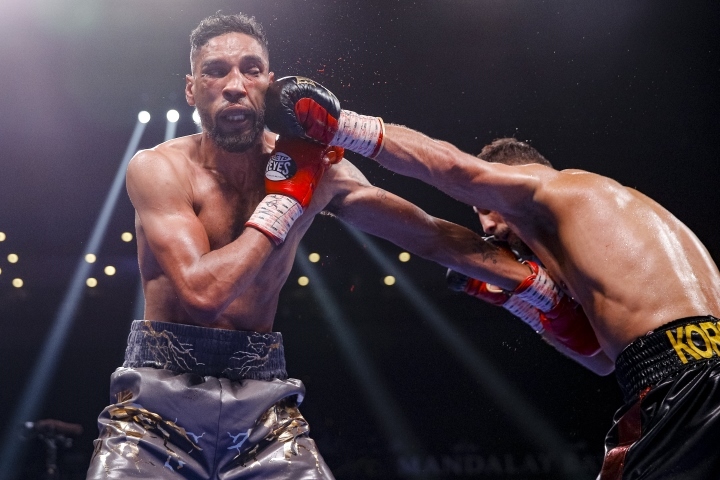 The seventh was going a little better for James. James was landing solid uppercuts in close. Butaev was blasting in with the heavy punches. They were trading, toe to toe, in the eight. Butaev was landing the harder shots. James still seemed to not have his legs fully under him. 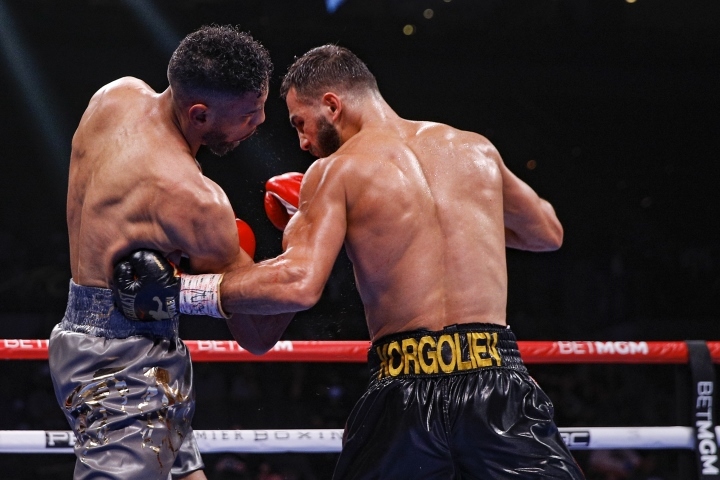 James was boxing well in the ninth, jabbing away and boxing smart against Butaev. Near the end of the round, Butaev began unloading with some heavy punches and the referee jumped in to wave off the fight. The ending seemed to come too soon, but James did not complain. 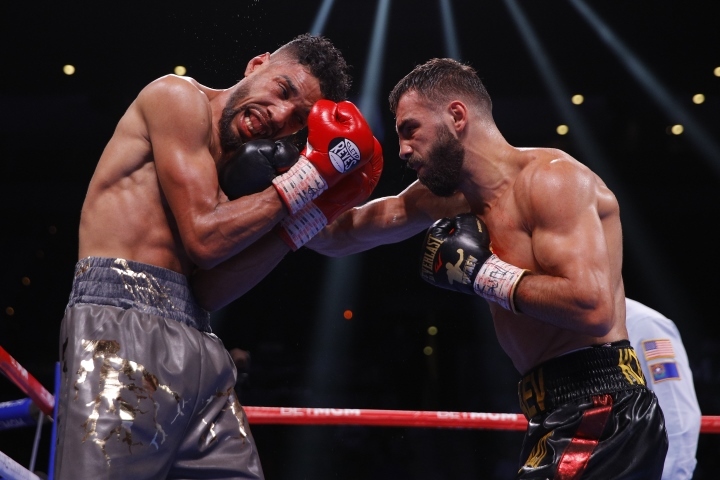 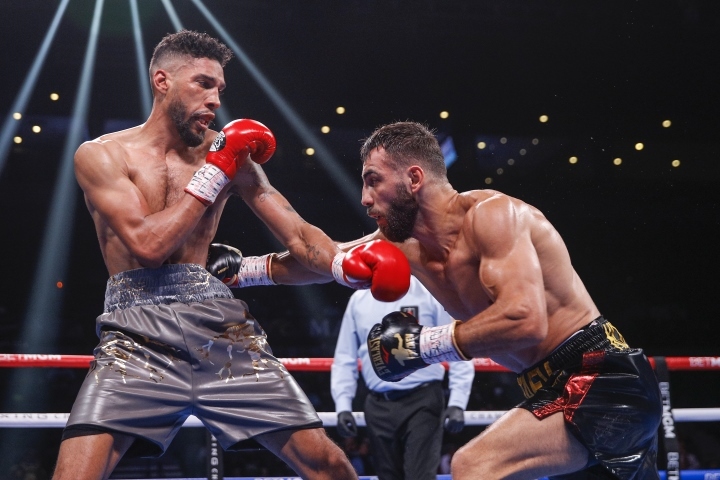 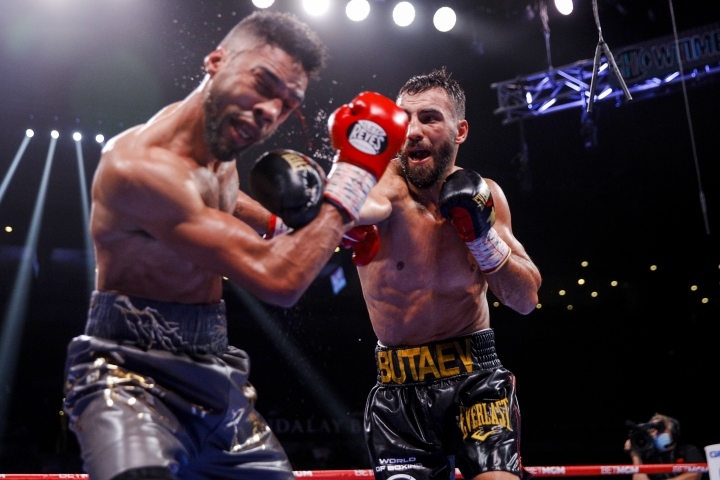 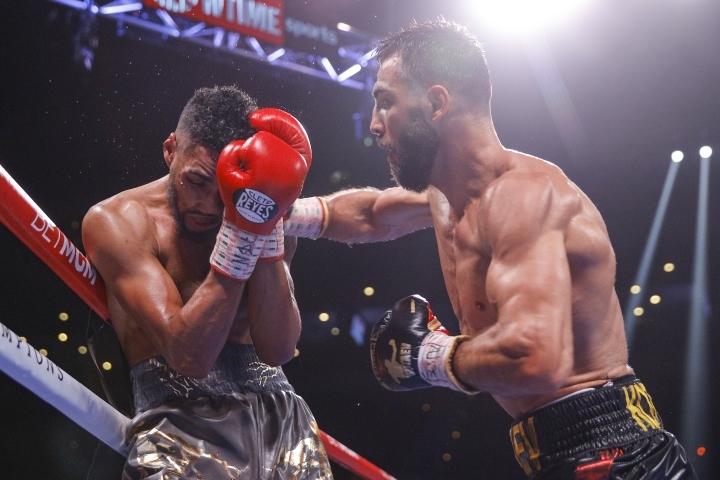 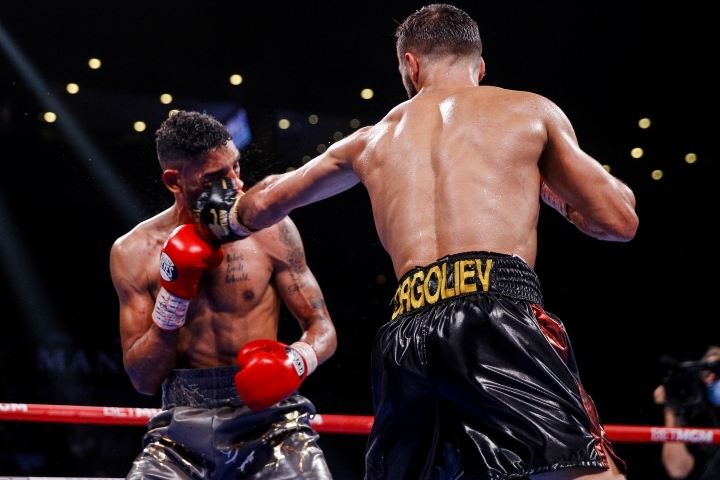 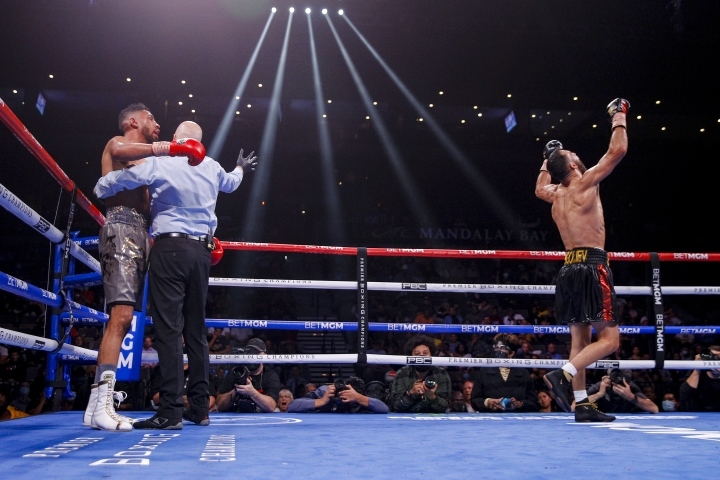 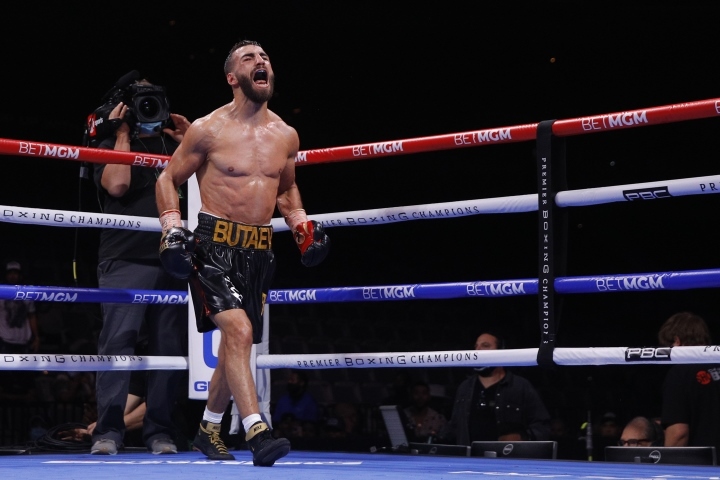 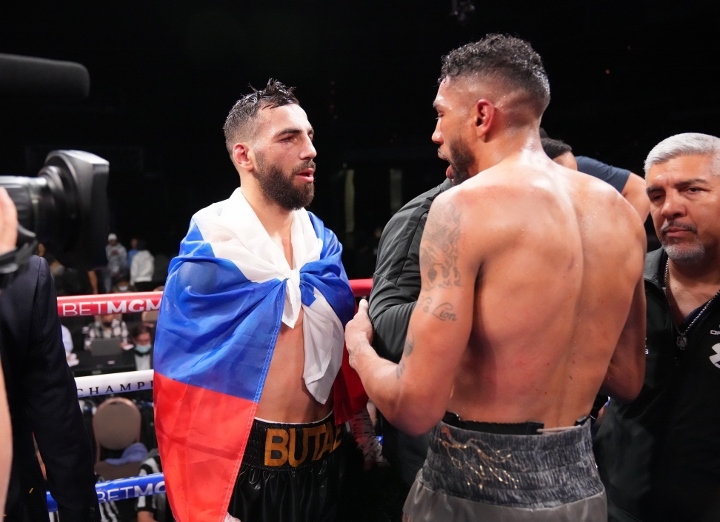 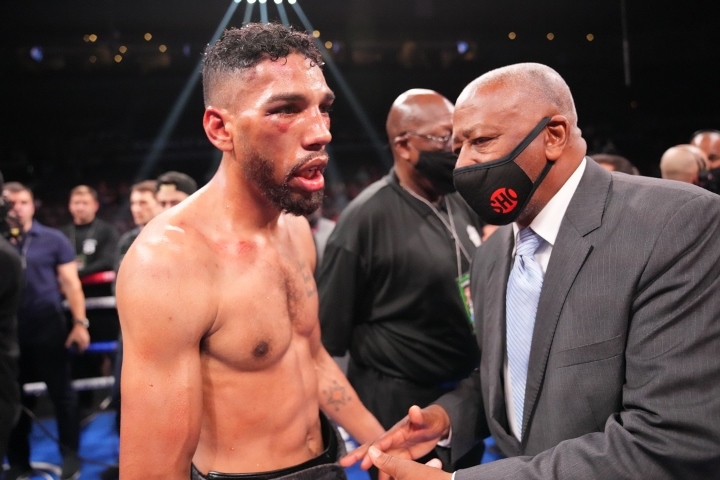 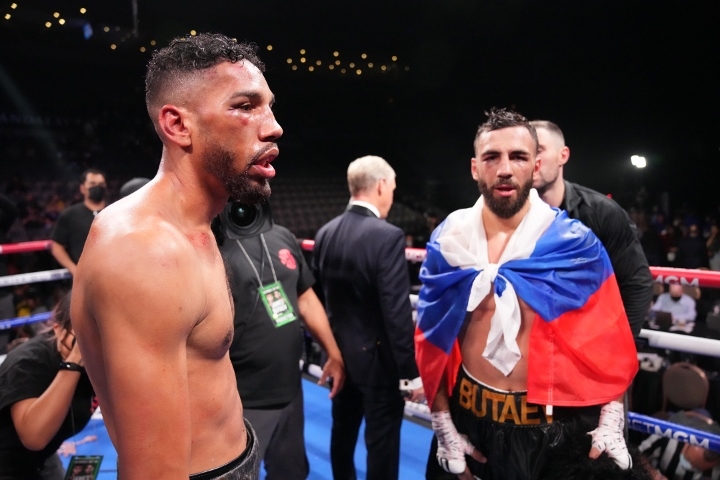 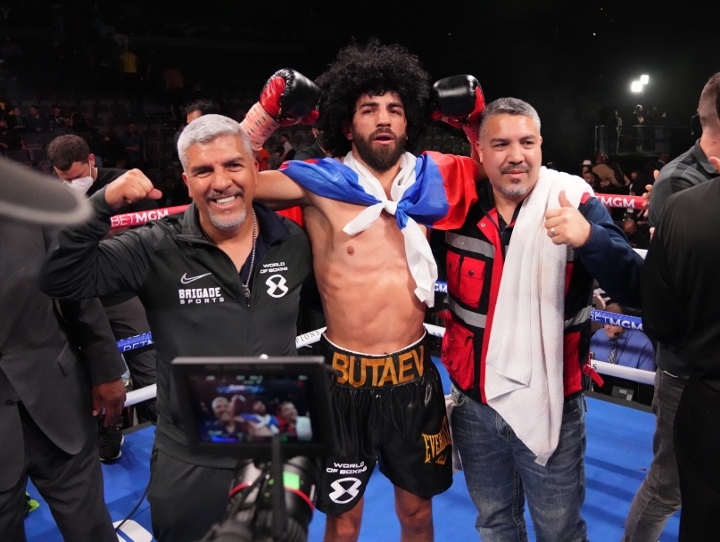 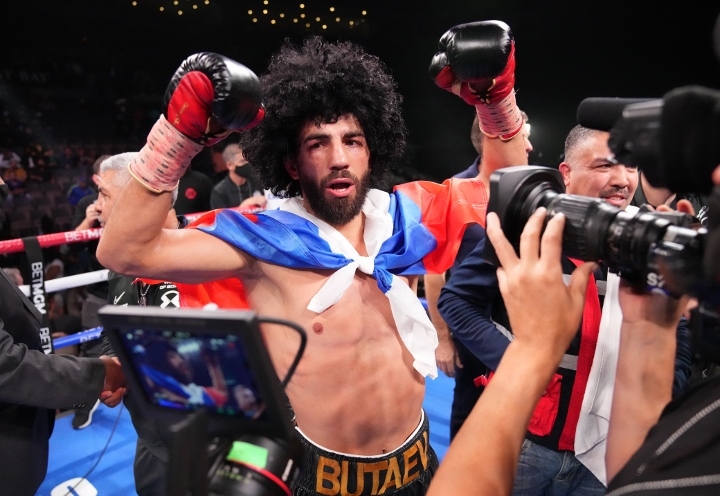 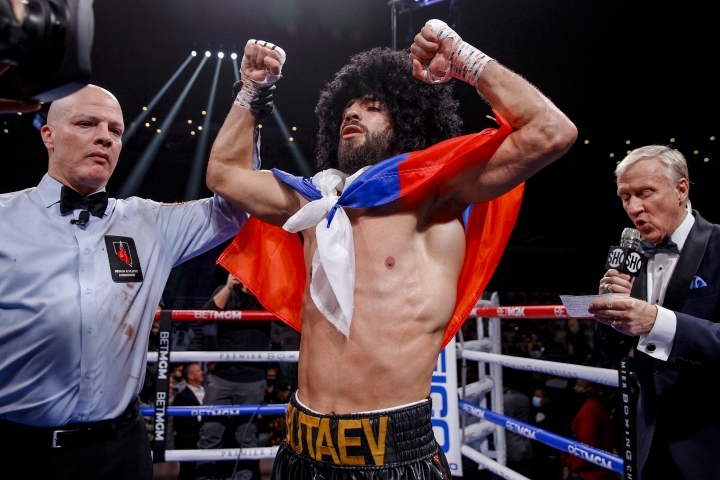 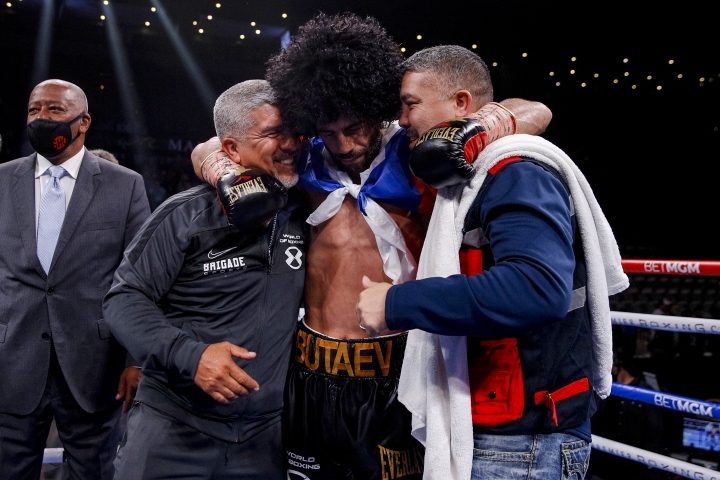 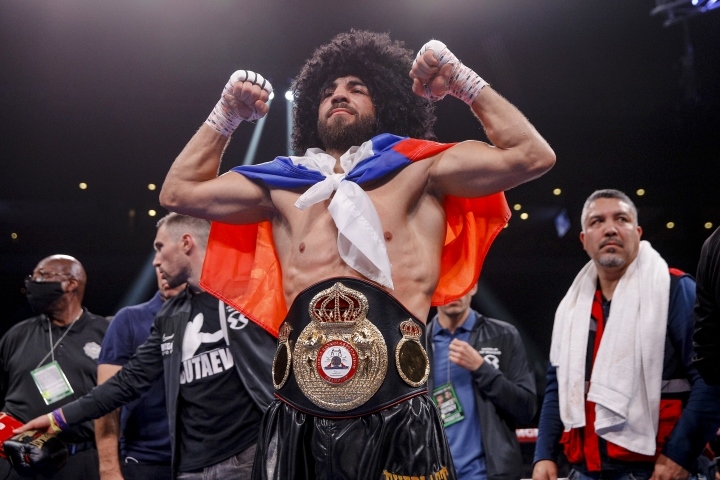