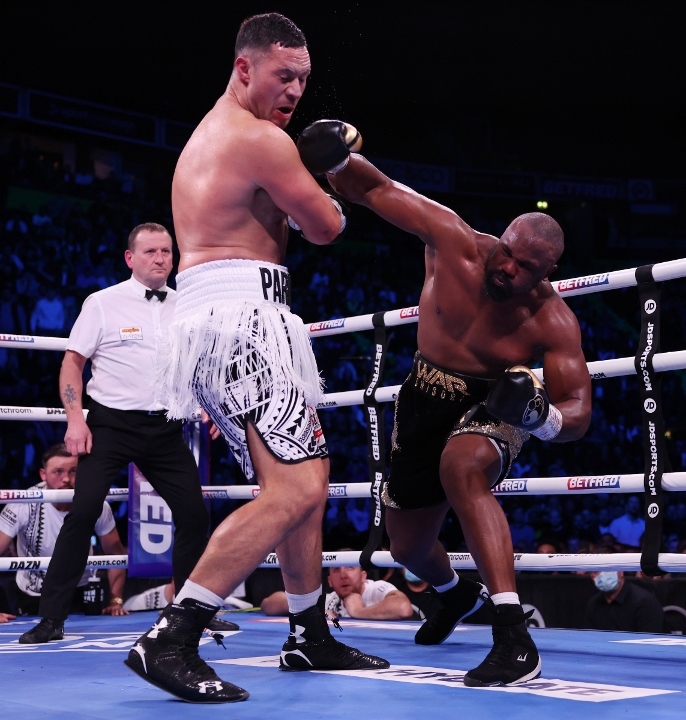 Back in May, Parker was dropped very early in the first round and was forced to rally down the stretch to win a close split decision over Chisora. 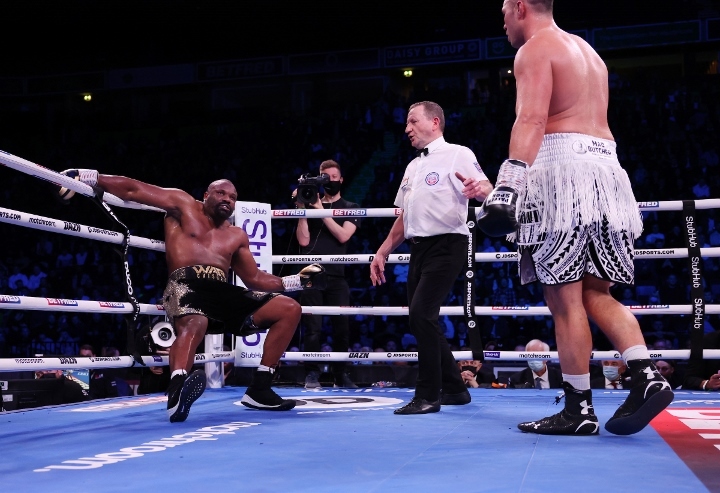 The rematch began with Parker holding the center of the ring and boxing. He landed a big right that Chisora ate. During the second, Chisora was taking the fight to Parker and they were trading away with big heavy punches. Parker was landing the more accurate punches to rattle Chisora. 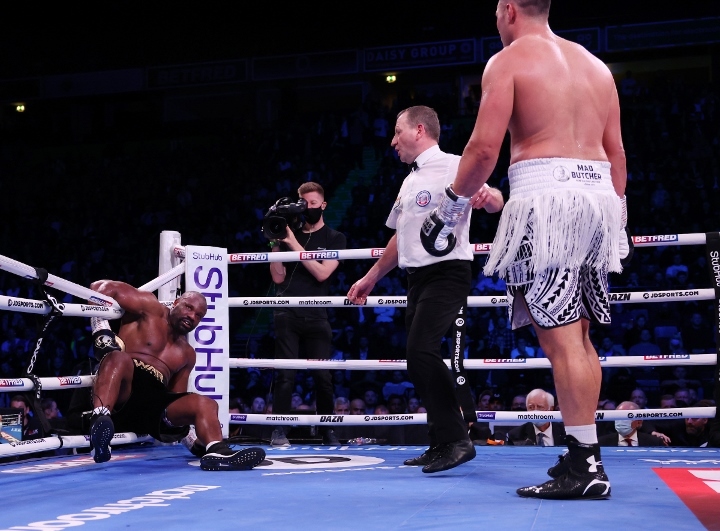 In the third, Parker really rocked Chisora bad with power shots and his legs were nearly gone. Chisora was barely standing up, but eventually recovered and began to go after Parker with big shots in the closing moments. The fourth was fought on the inside, with Chisora looking to get himself back in the fight. Parker landed a big combination that sent Chisora flying into the ropes and a knockdown was called. And once again Chisora survived and rallied in the closing moments. 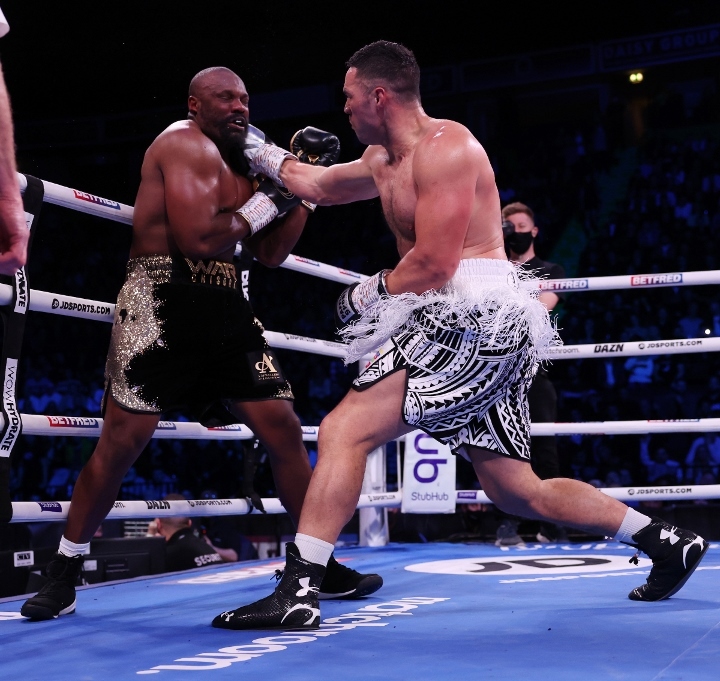 Chisora was pressing forward in the fifth. Parker was jabbing and looking to catch Chisora coming in. Chisora was working well on the inside. He was started to land a lot on Parker, who seemed to be a bit winded from the previous rounds. In the sixth, Chisora continued to press but he was getting caught by Parker's shots. Chisora was taking them and kept coming with punches flying. He was still landing well on Parker. 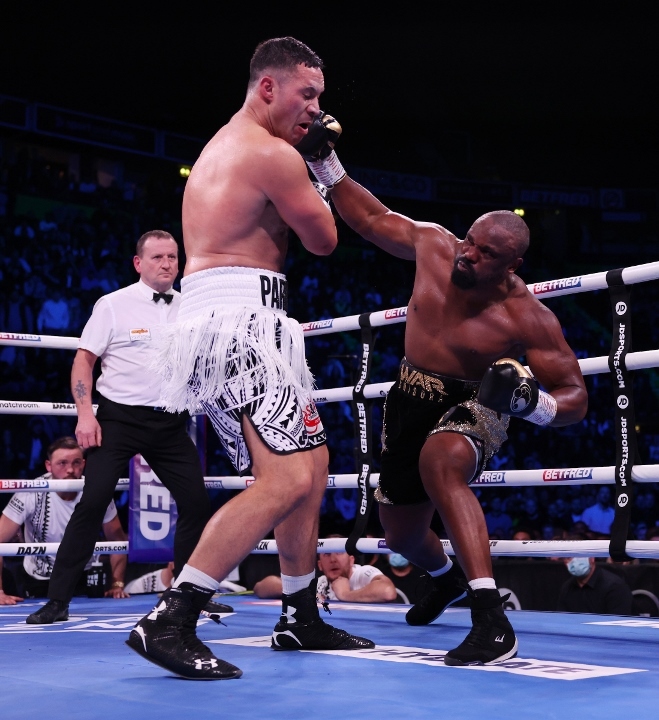 During the seventh, it was close action - but Parker landed a big uppercut to send Chisora down for a second time. Chisora walked over to a corner and told Parker to walk inside and go after him. Chisora would rally once again and had Parker in some trouble with heavy punches landing. In the eight, Chisora was pressing forward and looking to do more damage on Parker. Another combination from Parker sent Chisora stumbling down to the ropes and another knockdown was called. 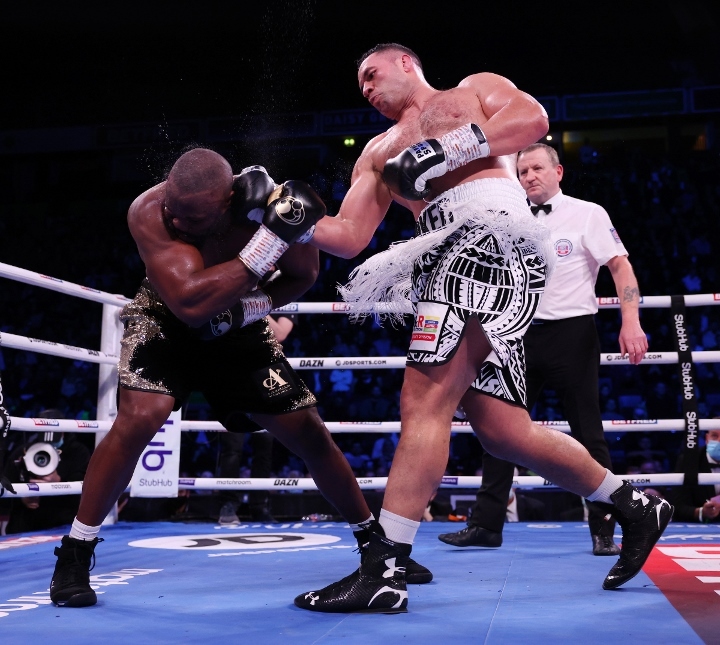 Parker was trying to finish Chisora off in the ninth. Chisora was rallying back with punches of his own and closed well. In the tenth, both seemed very tired and there was a lot of holding with little landing by both. At the start of the eleventh, both still looked exhausted. Chisora was having more success, but Parker was connecting as well. 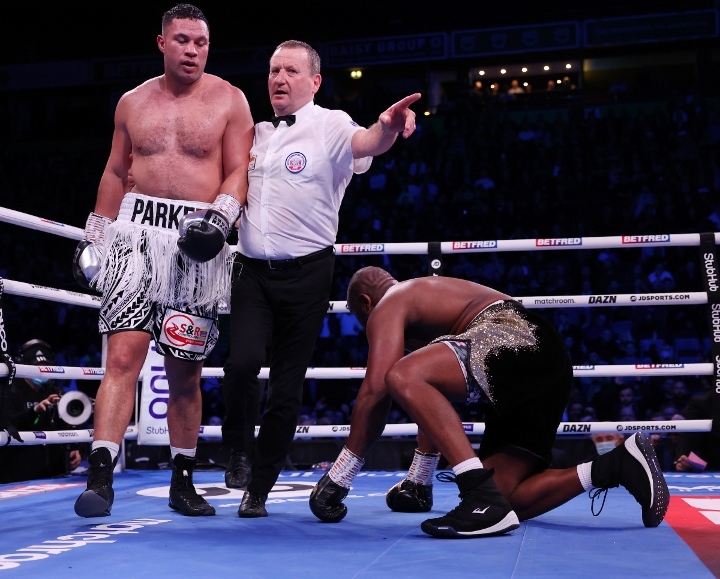 Chisora came out firing at the start of the twelfth. Parker was able nullify his shots and was landing some heavy blows to stop Chisora's charge. They were trading on the inside with both landing well until the bell. 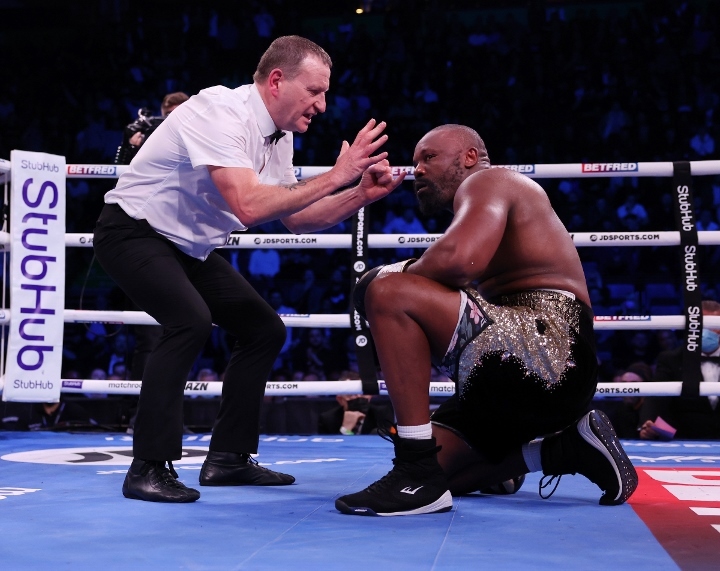 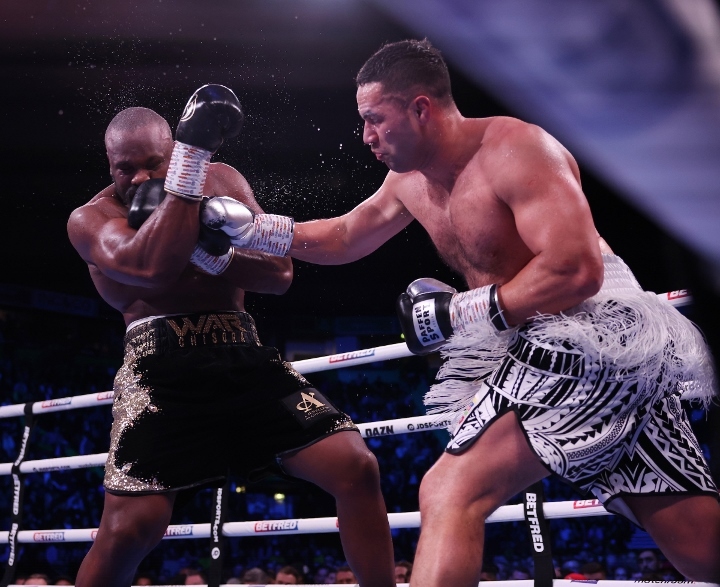 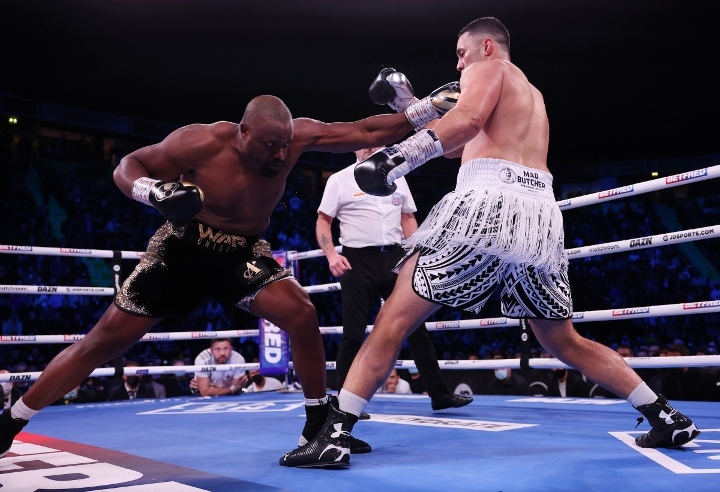 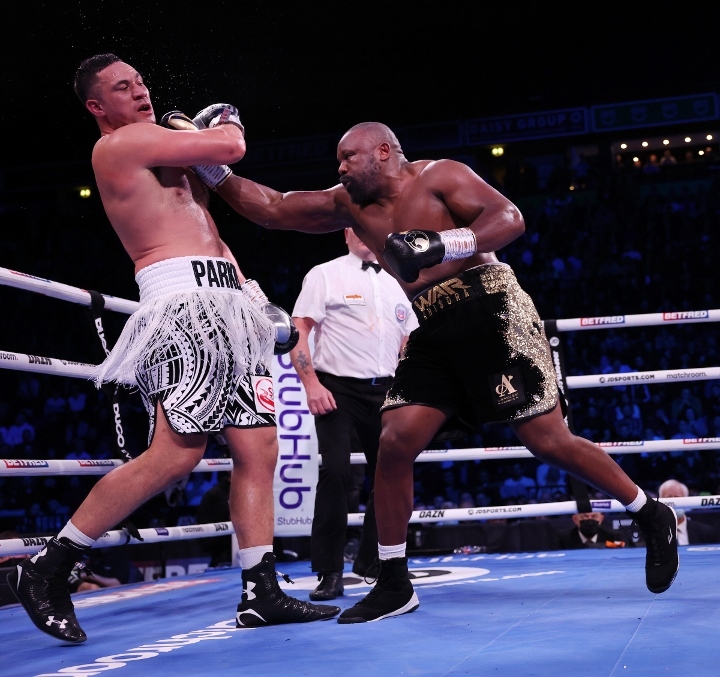 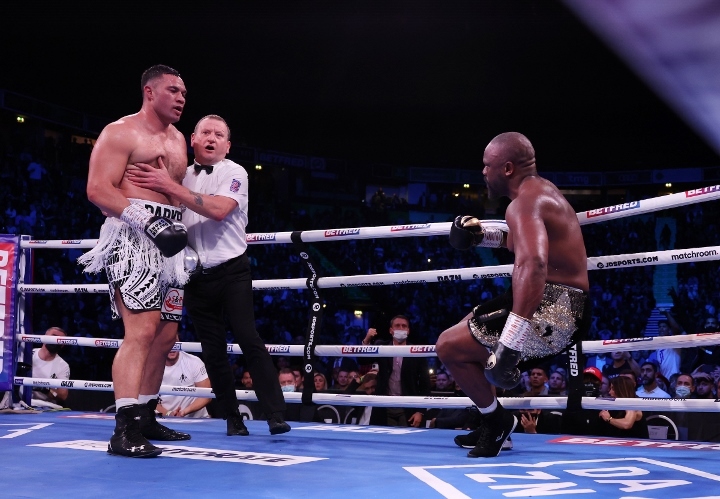 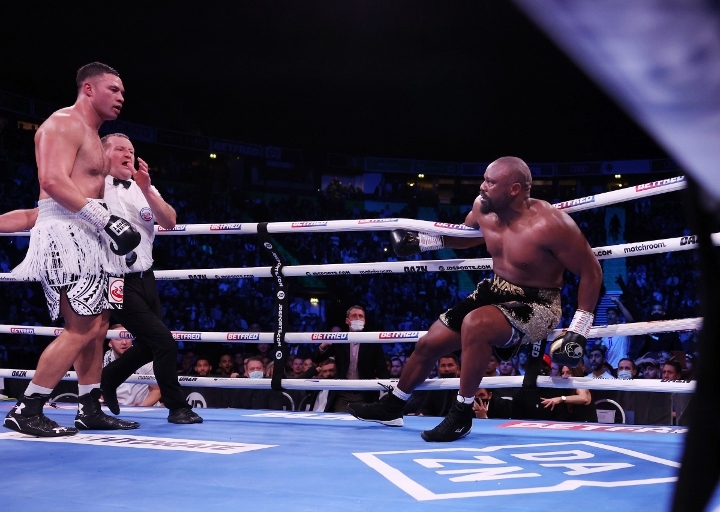 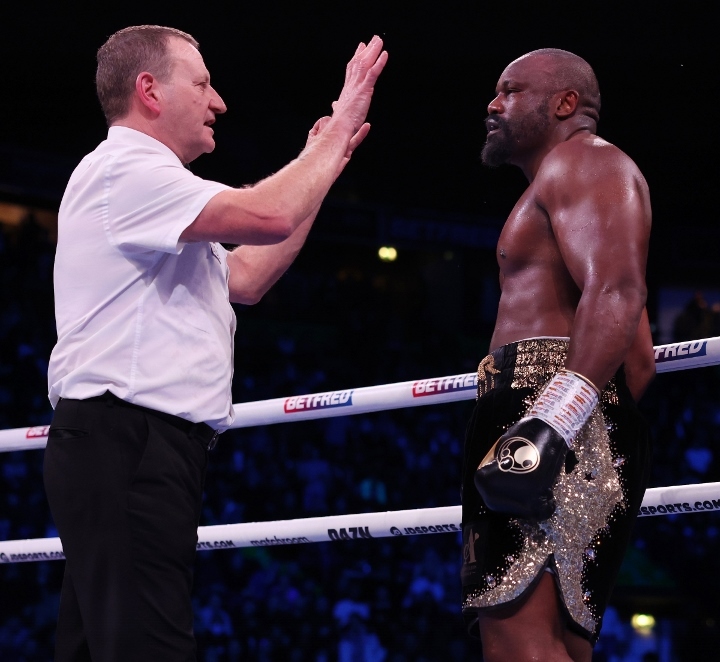 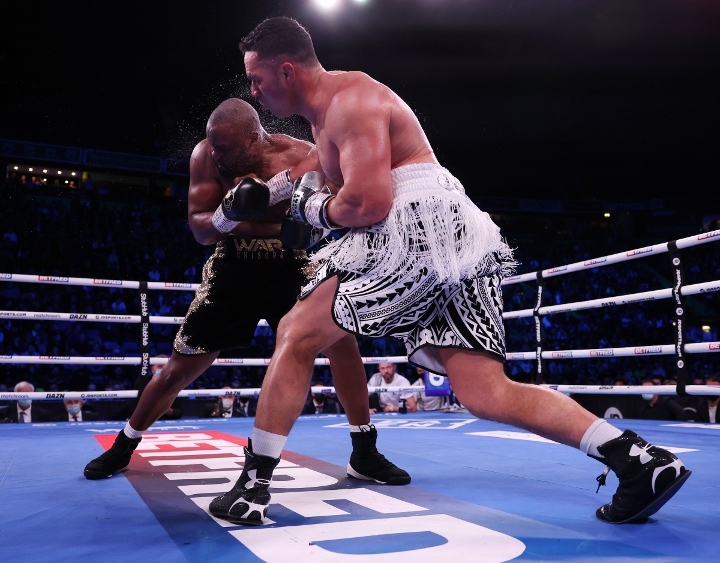 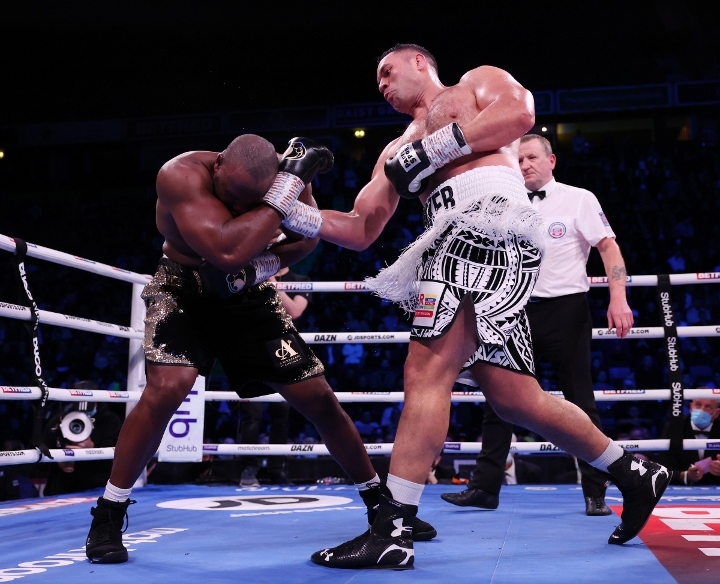 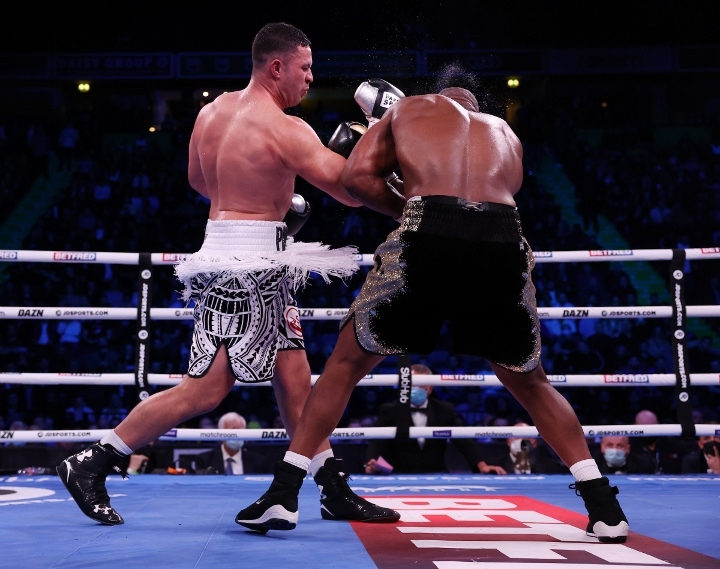 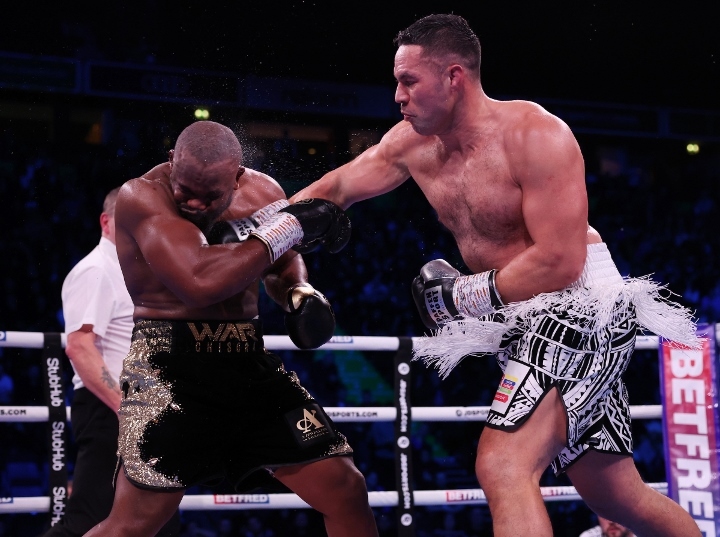 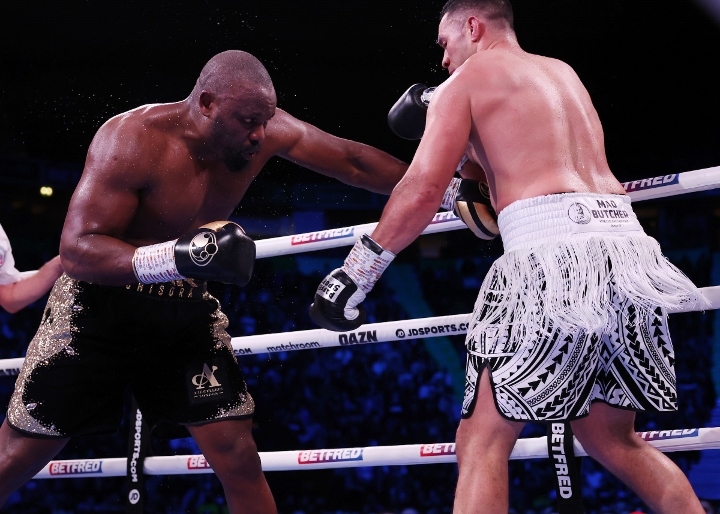 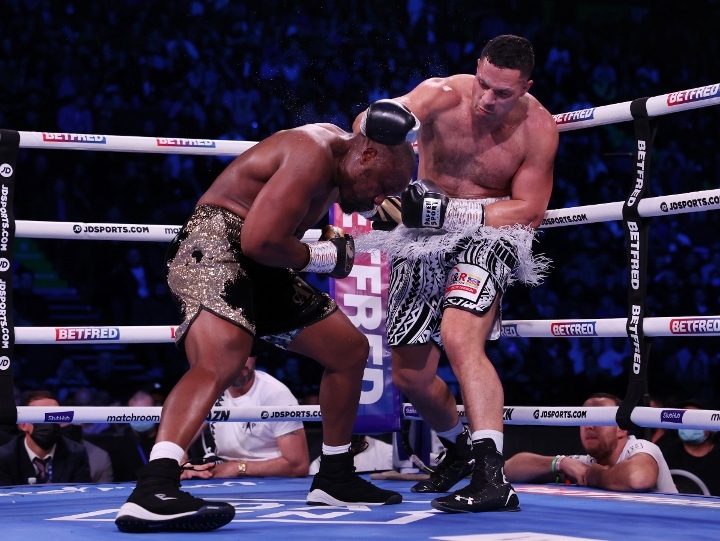 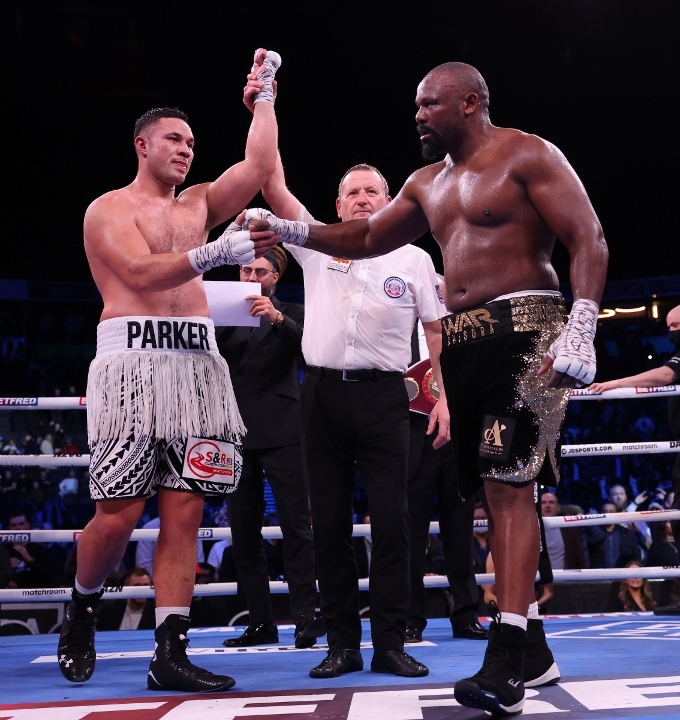 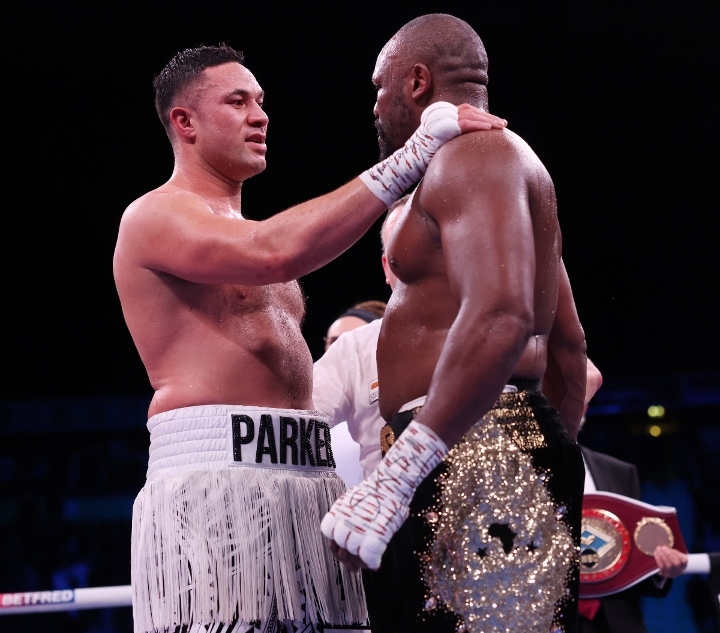 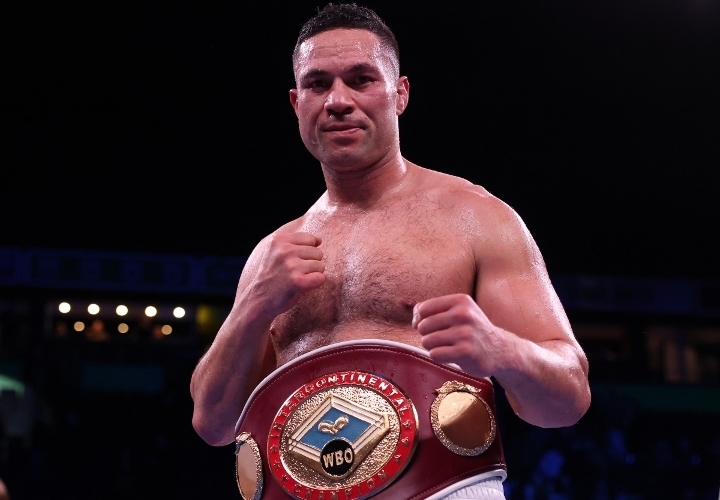