He sparred for three rounds against Arnold Gonzalez, three against Lydell Rhodes and four against George Kambosos Jr.

Boxer laureate Manny Pacquiao is back!  Hailed as a national treasure by his fellow Filipinos, Pacquiao (60-7-2, 39 KOs), boxing’s only eight-division world champion and the BWAA's reigning Fighter of the Decade, is in his most intense phase of training as he prepares for his WBA welterweight world title defense against four-division world champion Adrien “The Problem” Broner (33-3-1, 24 KOs), of Cincinnati.  Pacquiao vs. Broner takes place on Saturday, January 19, at the MGM Grand Garden Arena.  It will be produced and distributed live by SHOWTIME PPV® and presented by Premier Boxing Champions beginning at 9 p.m. ET / 6 p.m. PT. 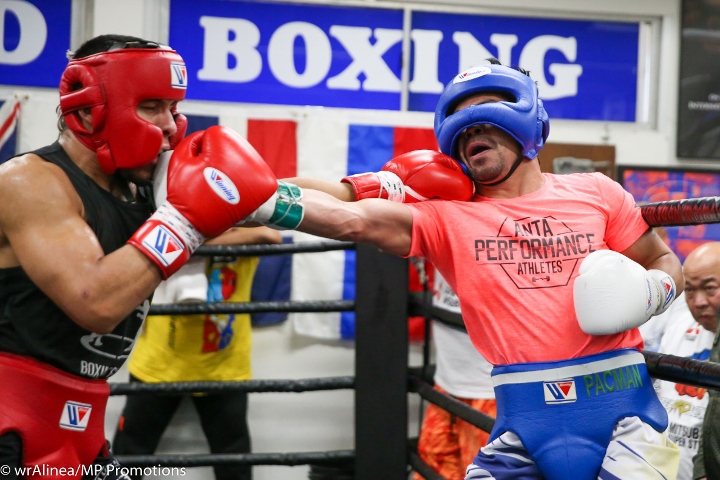 After arriving to a throng of media at LAX’s Tom Bradley International Terminal Saturday evening and attending church services with his family on Sunday, it was back to business on Monday morning where Manny greeted the sunrise with a five-mile run up the hills to the Hollywood sign immediately followed by a rigorous session of strength and conditioning with Justin Fortune.  The afternoon saw Buboy Fernandez put Manny through his paces for close to three hours at Wild Card. 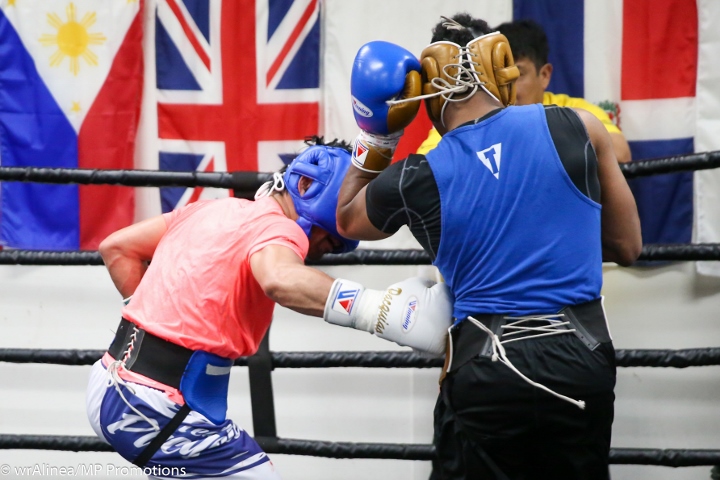 On Christmas, after another long run and strength and conditioning in the morning, Manny sparred eight rounds with three different partners, followed by another hour of mitt work with Roach before he tore into the heavy bag.  Following his Wednesday run, Manny was greeted by a representative from VADA for a random drug test.  After his blood was taken, Manny cheerily predicted he would test positive for excellence.  Fernandez, sensing that jetlag was finally settling in, gave Manny the afternoon off to rest. 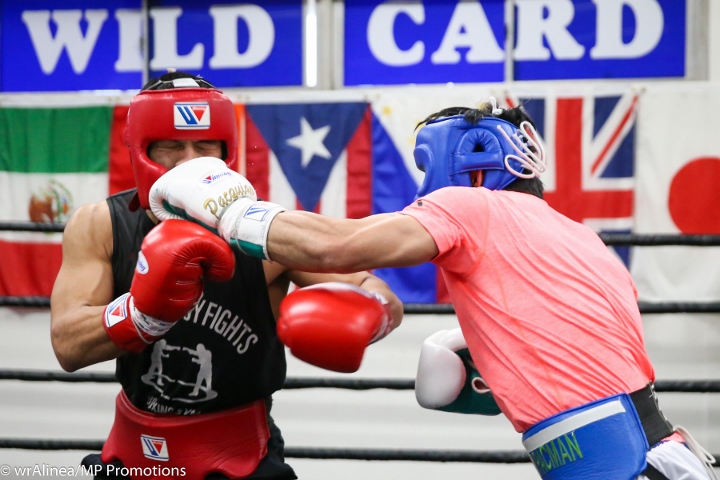 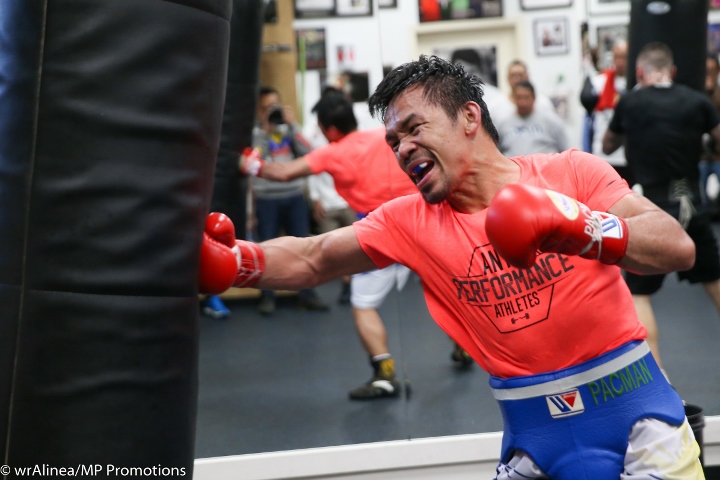 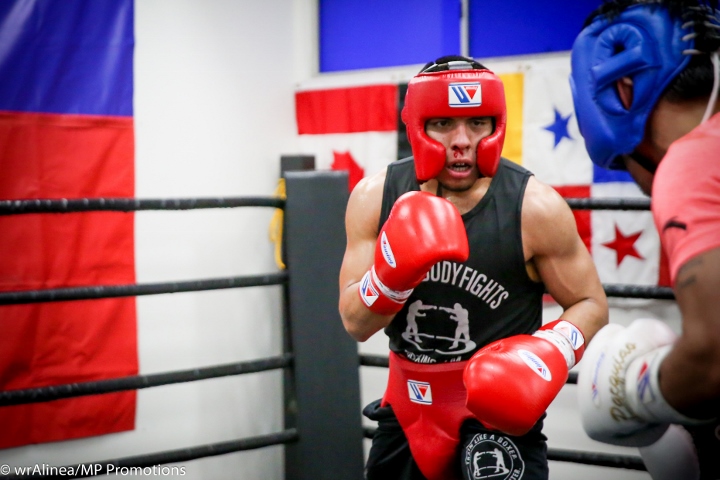 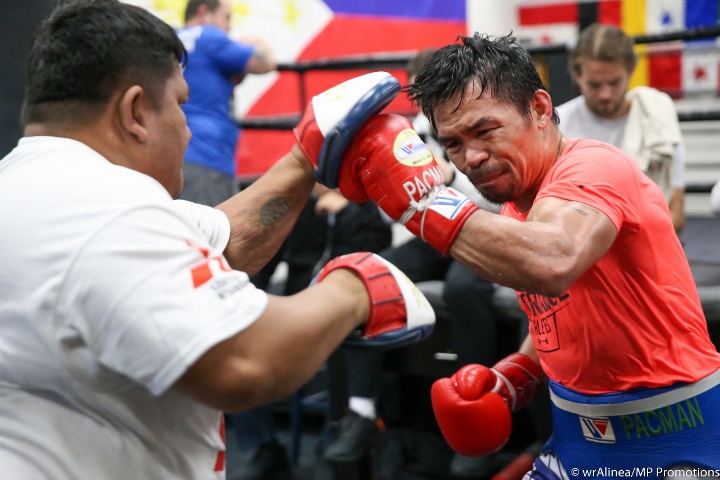 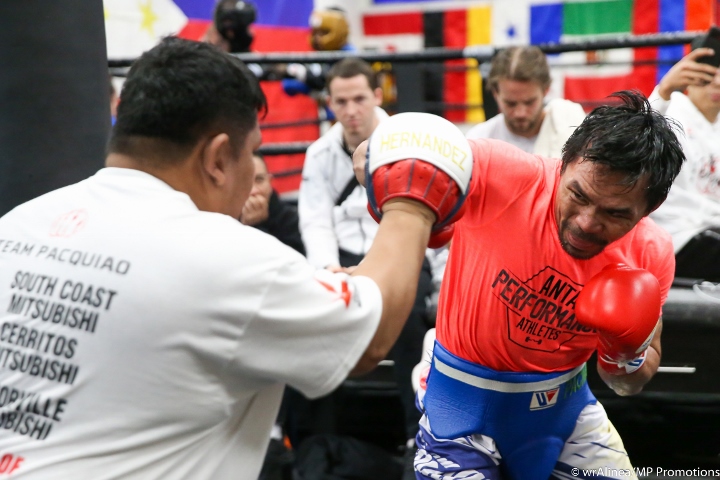 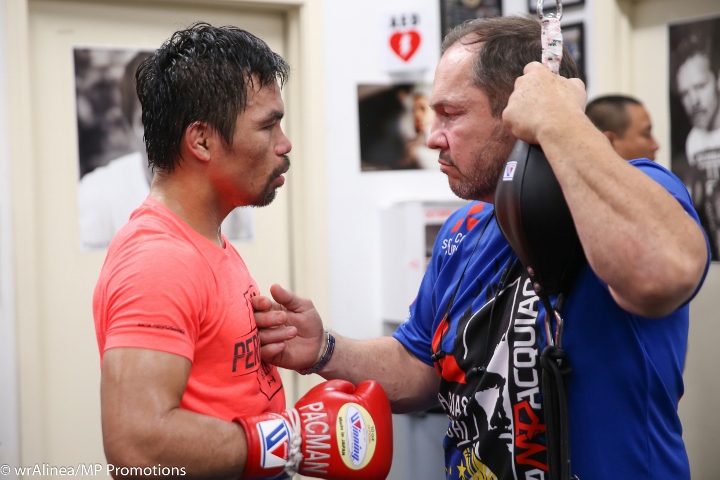