LOS ANGELES -- Fighter of the Decade MANNY “Pacman” PACQUIAO and his Hall of Fame Trainer World-Famous FREDDIE ROACH have finished camp in General Santos City in the Philippines and arrived in Los Angeles.  On Monday, at Roach's Hollywood-based Wild Card Boxing Club, they will begin phase two of training for their sole mission -- demolishing two-division world champion TIMOTHY "Desert Storm" BRADLEY JR.   Pacquiao (57-6-2, 38 KOs) and Bradley (33-1-1, 13 KOs) are 29 days away from their date with destiny -- their 12-round welterweight battle for pound for pound supremacy. Photos By Mikey Williams. 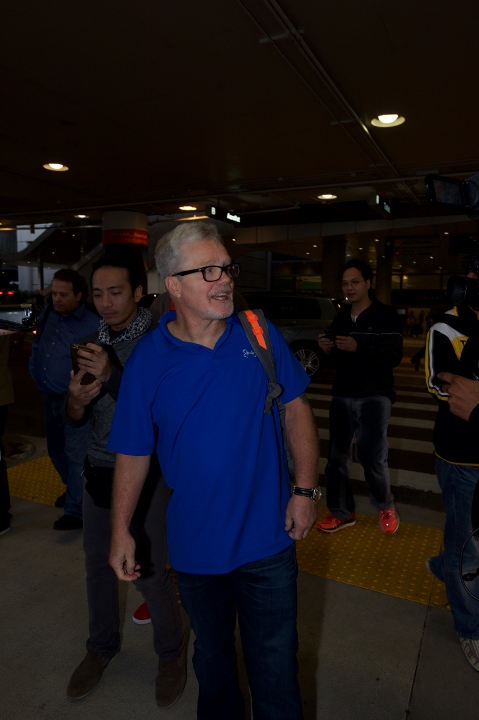 This fight will also mark the first time Roach and Atlas have ever faced each other from opposite corners -- an amazing fact considering they have a combined 70 years of training experience between them and scores of world champions to their credit.  Think there isn't a little competition between them?  Take a look at this:  https://www.youtube.com/watch?v=un4lLzHnLUE&feature=youtu.be 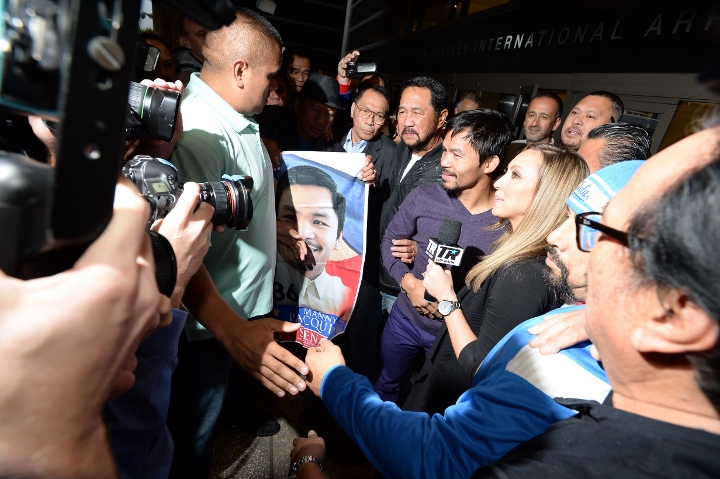 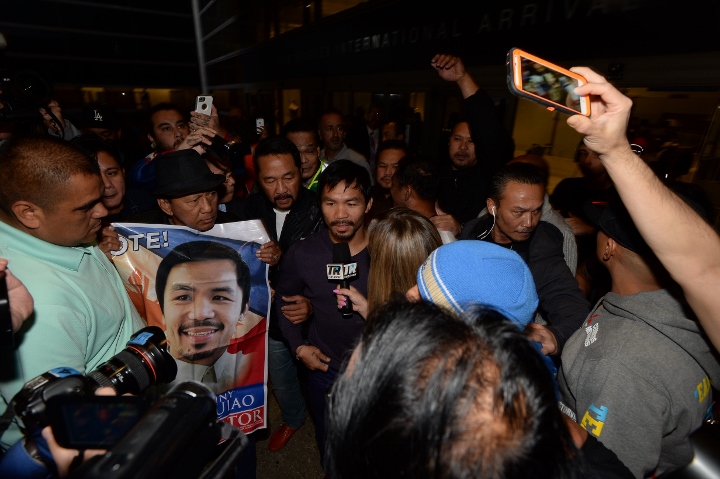 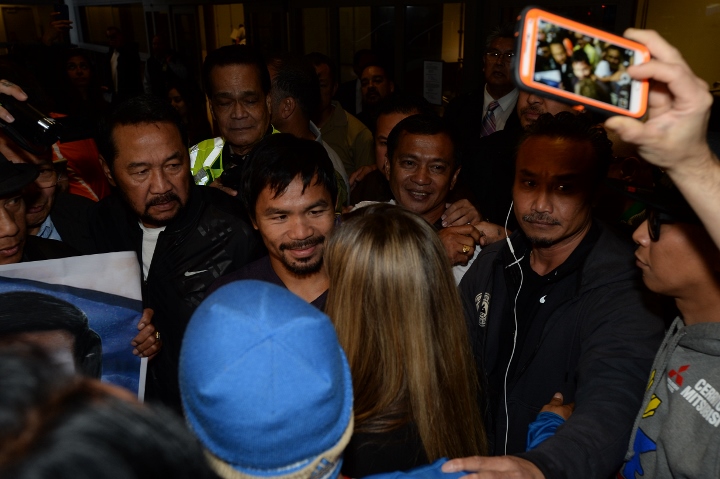 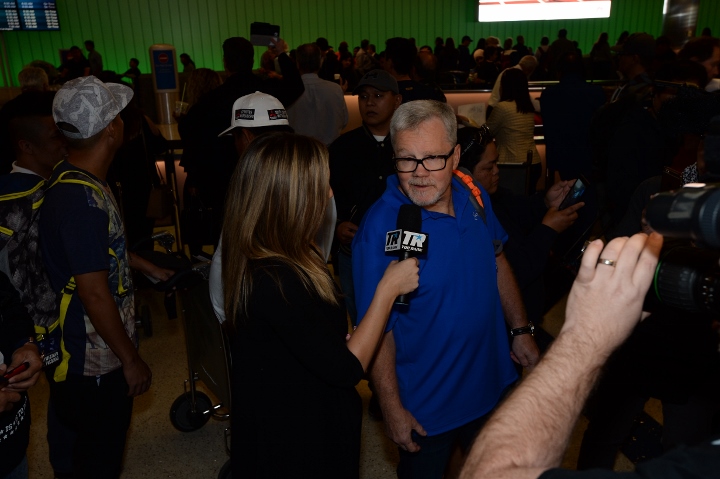 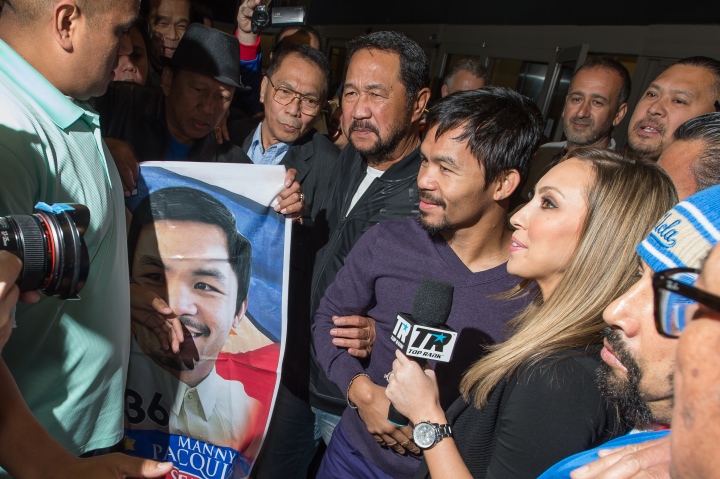