He recently returned to California following training camp in Guadalajara, Mexico, where he trained at more 5,000 feet above sea level and lived in a room above the gym. Along with manager Frank Espinoza and his stablemates, Valdez enjoyed the training camp calm before the storm. 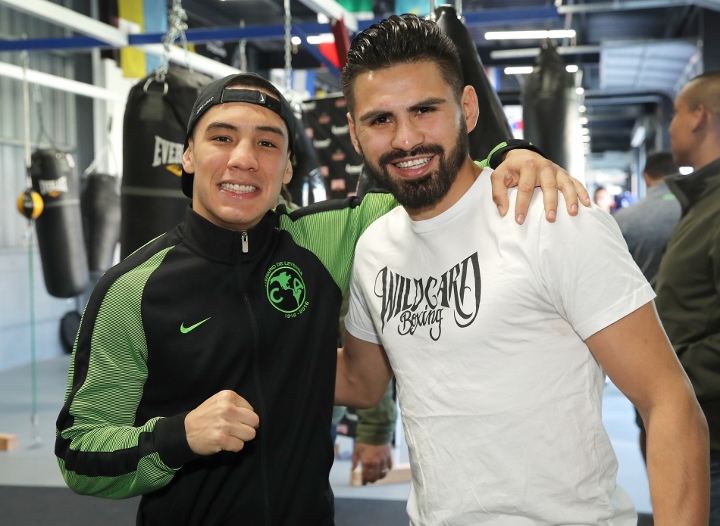 “It was a perfect training camp. I’m already close to weight, so I’m ready to go,” Valdez said. “At training camp in Guadalajara, we were pretty much living in the gym. I didn’t have to stay here in California, where I had an hour or more drive to the gym. We put in the extra hours in the gym.” 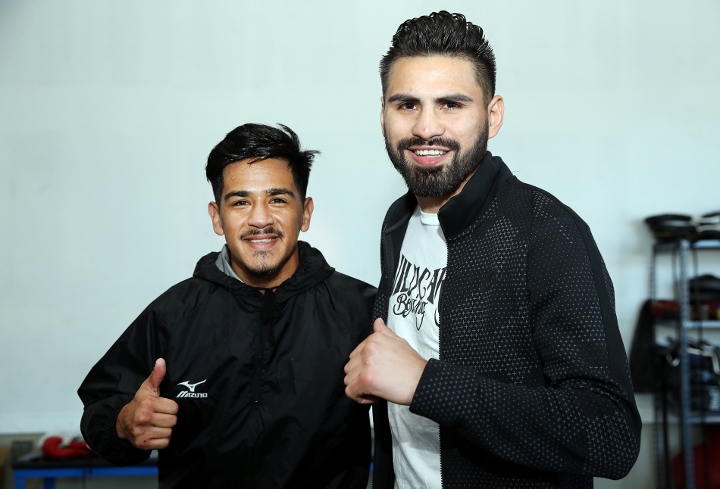 Also appearing at the media day was Quigg’s trainer, Freddie Roach, and the pride of Central California, Jose Ramirez, who will be fighting Amir Imam for the vacant World Boxing Council (WBC) Super Lightweight title on Saturday, March 17, at The Theater at Madison Square Garden. 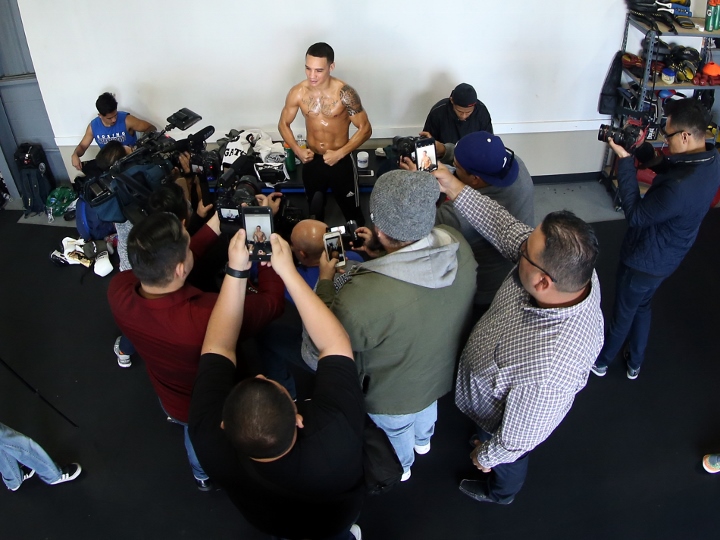 Promoted by Top Rank, in association with Matchroom Boxing, remaining tickets for the Valdez vs. Quigg world championship event are priced at $206, $104, $53 and 27.50, including facility fees, and can be purchased online at AXS.com, by phone at (888) 9AXS-TIX, or by visiting the StubHub Center box office. 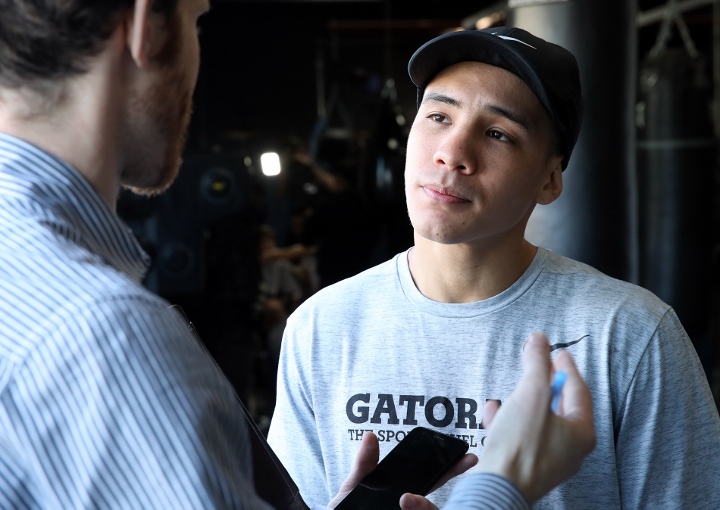 The Valdez vs. Quigg world championship event will be televised live and exclusively at 10:30 p.m. EST on ESPN and ESPN Deportes and streaming live on the ESPN App. 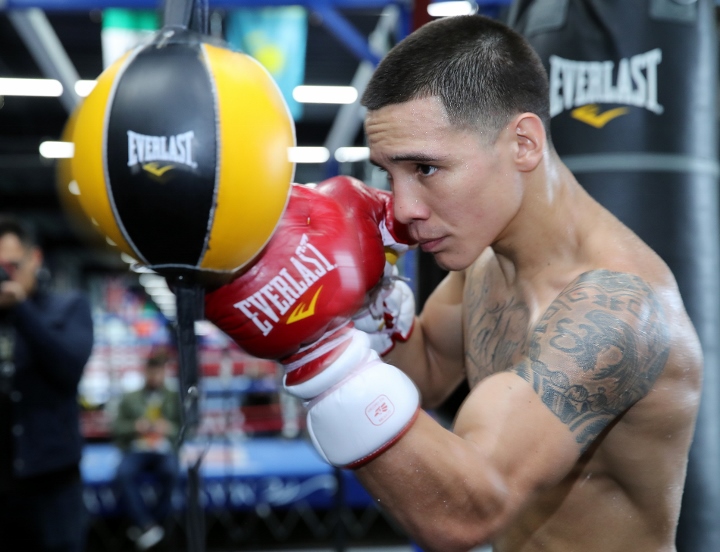 The Ramirez vs. Imam world championship event will be televised live and exclusively at 8 p.m. EST on ESPN and ESPN Deportes.

This is what the fighters and their trainers had to say. 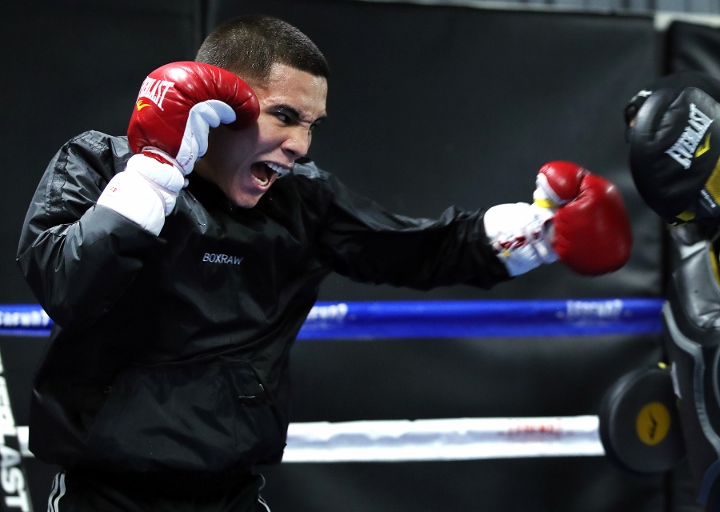 “I’m ready. I’m more anxious than anything. I’ve been ready for a long time.”

“When I was a kid, I used to watch fighters like Erik Morales and Marco Antonio Barrera. I looked up to them. When I hear people say I’m an action fighter or a fighter they like to see, it makes me feel great. I want to carry the Mexican flag and be considered a warrior inside the ring that gives the fans great fights.”

“I’m going to keep working hard and give the people what they want, which are great fights.” 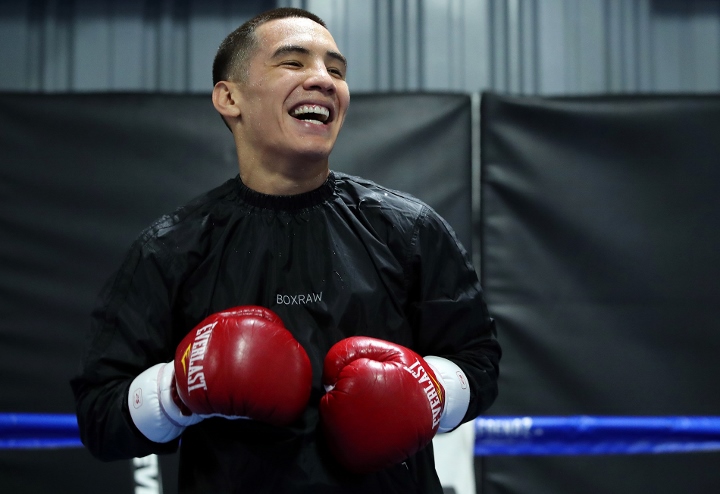 "Oscar Valdez is a good young fighter, but I think Quigg is better.”

"This is a perfect stepping stone for Scott to get a rematch with Carl Frampton and become world champion once again. Carl got lucky and broke Scott’s jaw in the first round. That won’t happen again. But right now, we’re not concerned with Frampton. We’re focusing on beating Oscar.”

"Scott is one of the best-conditioned fighters I have worked with, and it’s great working with fighters like him and Pacquiao.”

“Oscar says he’ll knock Scott out. I hope he believes that because if he comes forward and tries to knock Scott out, then Scott is going to put him on his ass.” 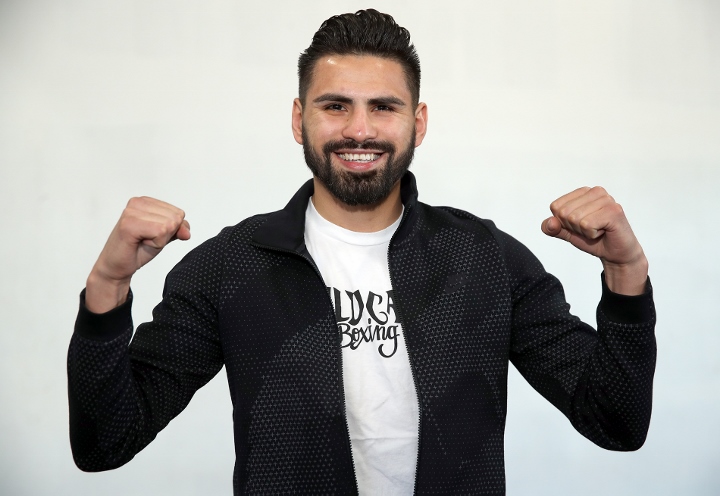 “Oscar is trying to be the best fighter out there, be remembered like Marco Antonio Barrera and Erik Morales, and have his name go down in history.”

“Oscar is a crowd-pleaser. He likes to give the people what they want. He’s trying so hard to be one of the premier Mexican champions.”

“Oscar is happier than ever. He’s more relaxed and focused than he has ever been.”

"We found ourselves in a great situation with training camp in Guadalajara, Mexico. I couldn’t have asked for a better camp We had altitude training at more than 5,000 feet above sea level, and private facilities. We lived there, we trained there, and we had great sparring.”

“We have Scott Quigg in front of us, and that’s the only thing we’re thinking about right now.” 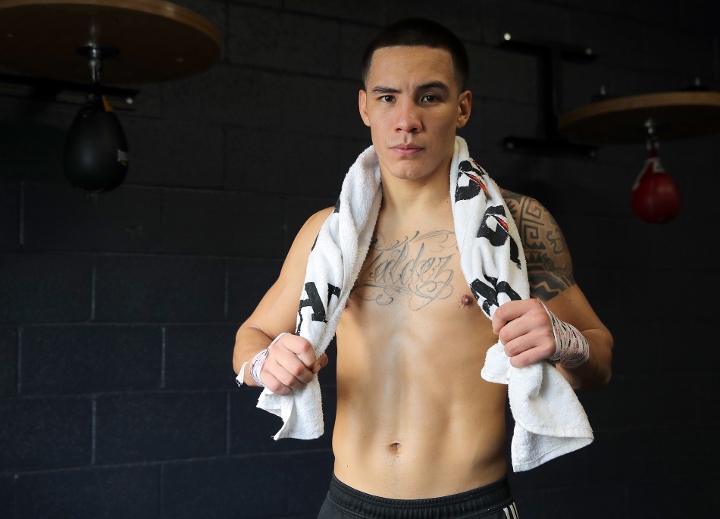 “I had a tremendous training camp, sparring with very good fighters, some undefeated Russian guys who helped get me in great condition.”

“Imam has a good right hand. He’s a skillful fighter with a good jab, but I’m focused on what I’m able to do. “

“For me as a fighter, I’m always focused on the fight at hand and not worrying about the future. I think, after this fight, the sky is the limit. It will be possible to get 30,000 or 40,000 people in the stands at the football stadium in Fresno, California.”

“The fans in Central California see a little bit of me in them, the way I stand up with them and fight for the {California Latino Water Coalition} and immigration. I travel to the capital and talk to assembly members to try and get a reservoir built so we can have a better future for farming and water. I can be a voice for the people.” 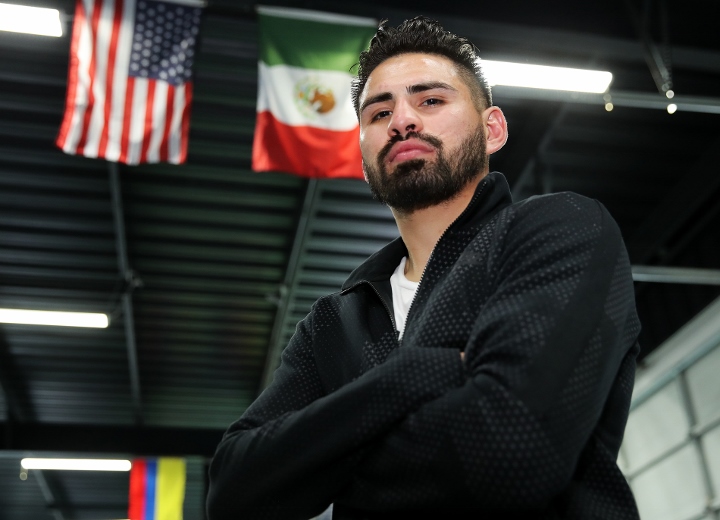 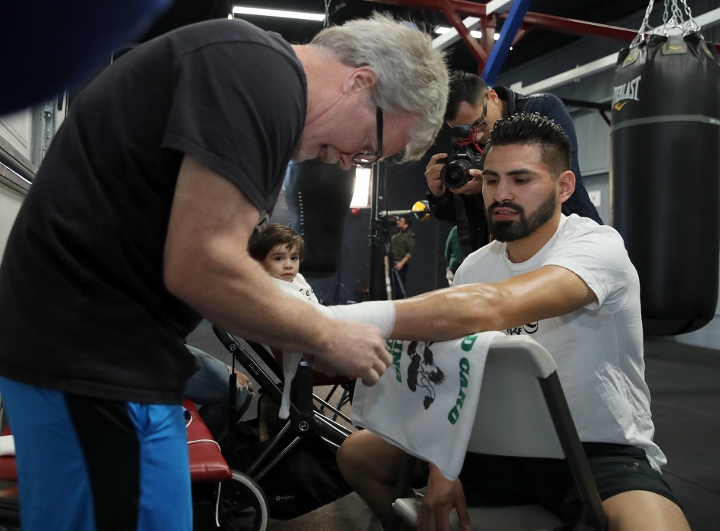 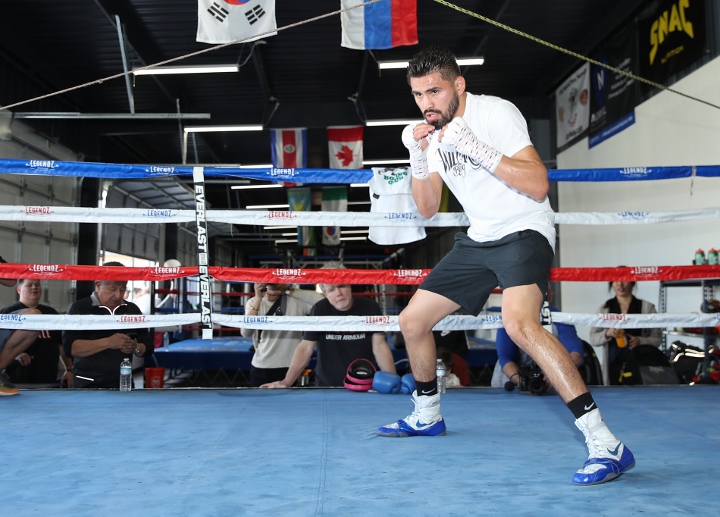 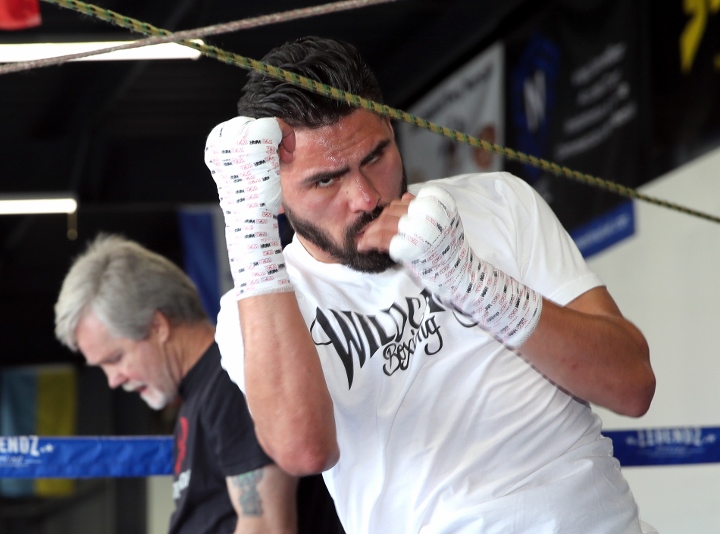 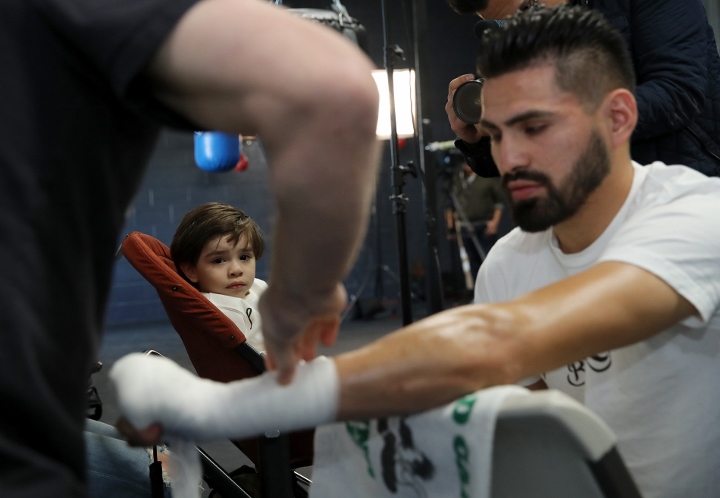 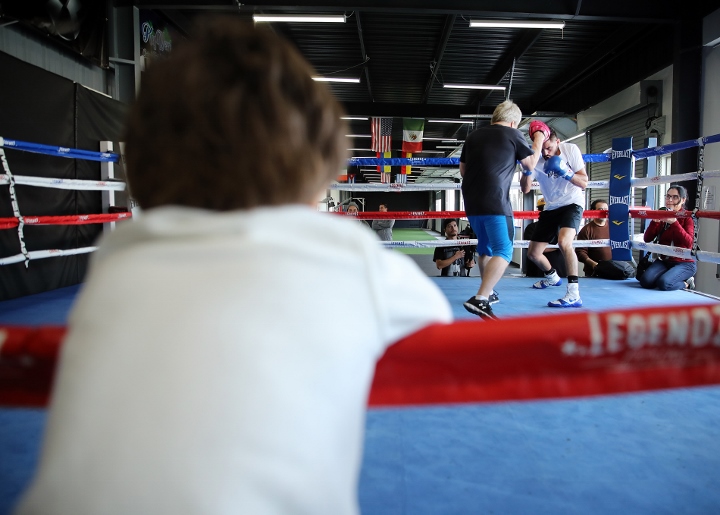 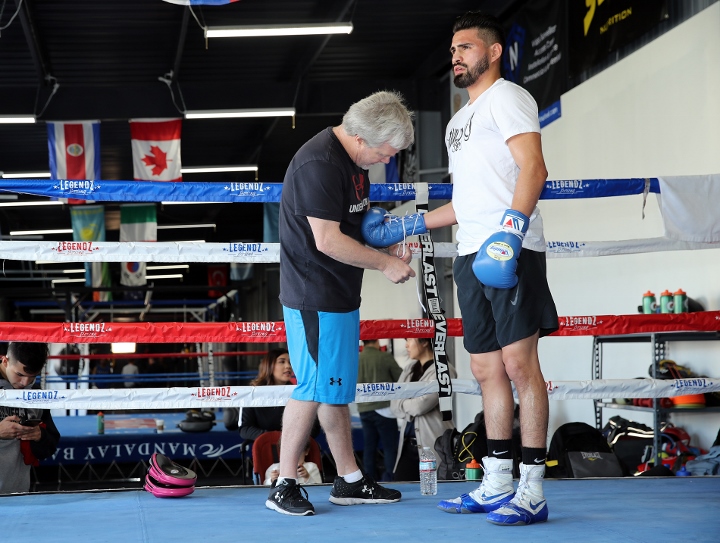 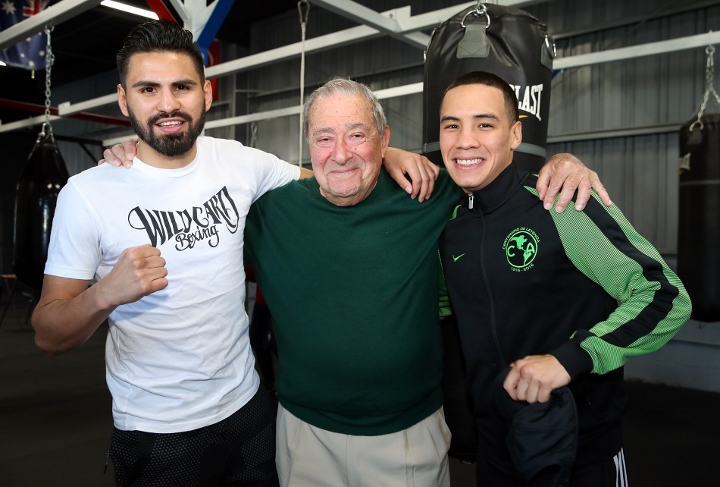 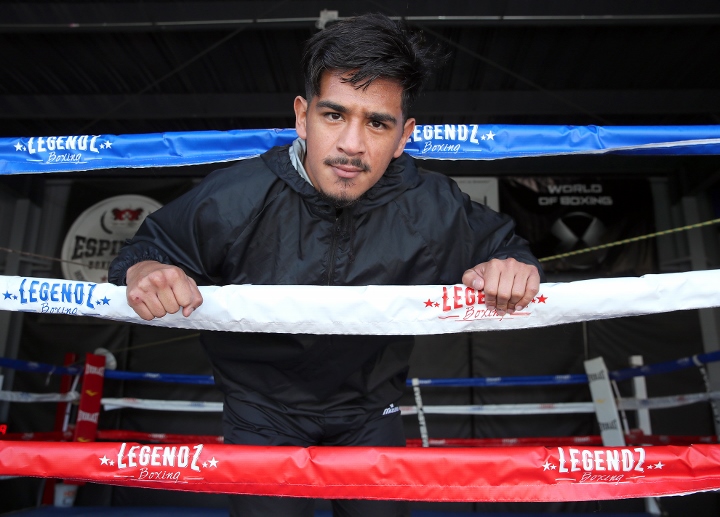