Oscar Valdez is set to make the sixth defense of his WBO world featherweight title, and for the third time during his title reign, he will be facing an unbeaten challenger. (photos by Mikey Williams)

Valdez (25-0, 20 KOs), the pride of Nogales, Mexico, will defend his belt against upstart Jason Sanchez (14-0, 7 KOs) Saturday evening from the Reno-Sparks Convention Center in Reno, Nevada. Sanchez is an Albuquerque product who has upset the odds before. 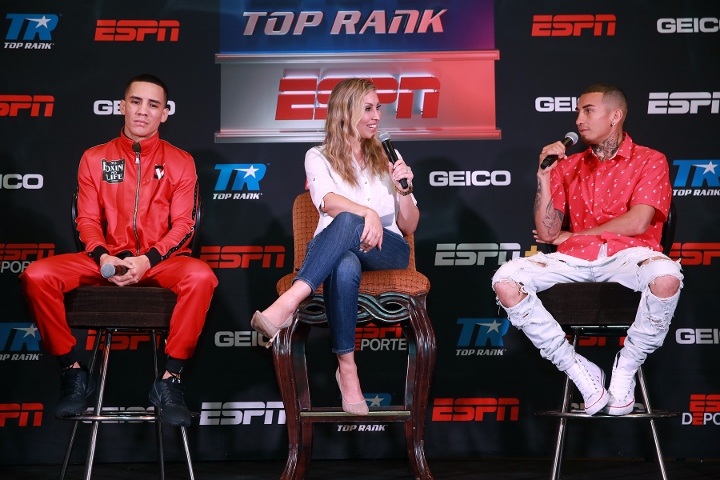 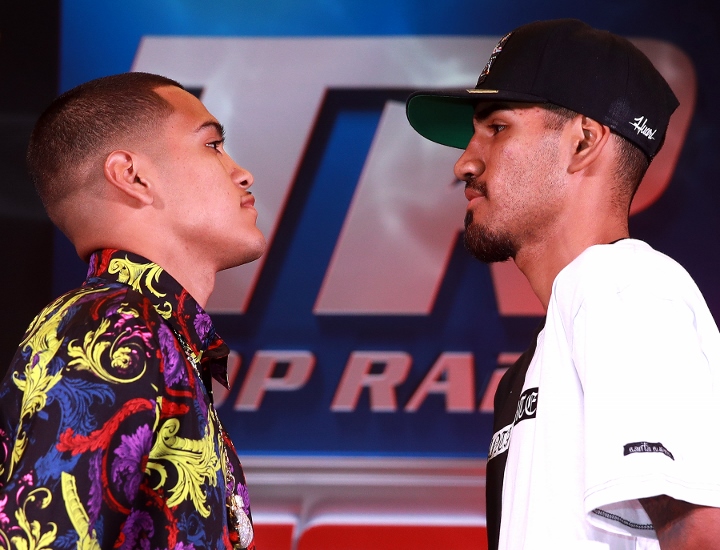 Valdez is now two fights removed from the severely broken jaw he suffered in March of last year against an over-the-weight Scott Quigg. Sanchez burst onto the boxing scene last October, upsetting then-unbeaten Jean Carlos Rivera via 10-round decision in Panama City, Panama. But Sanchez, who received this title shot on a little more than a month's notice, is ready to tackle the long odds yet again. Valdez bounced back from the broken jaw Feb. 2 in Frisco, Texas, knocking out Carmine Tommasone in seven rounds. 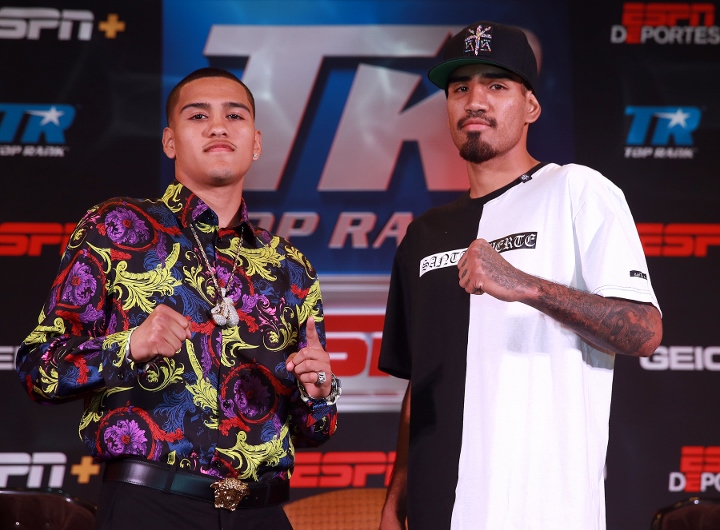 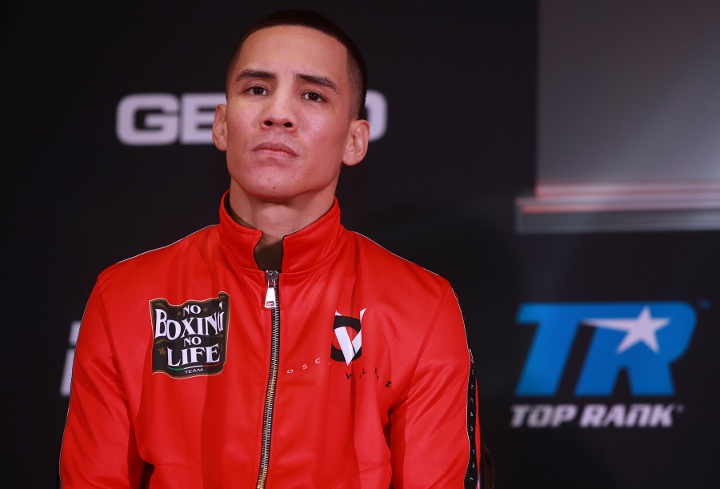 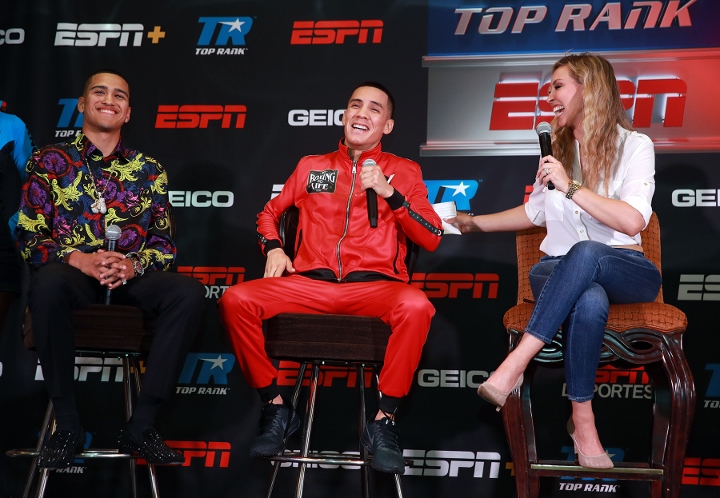 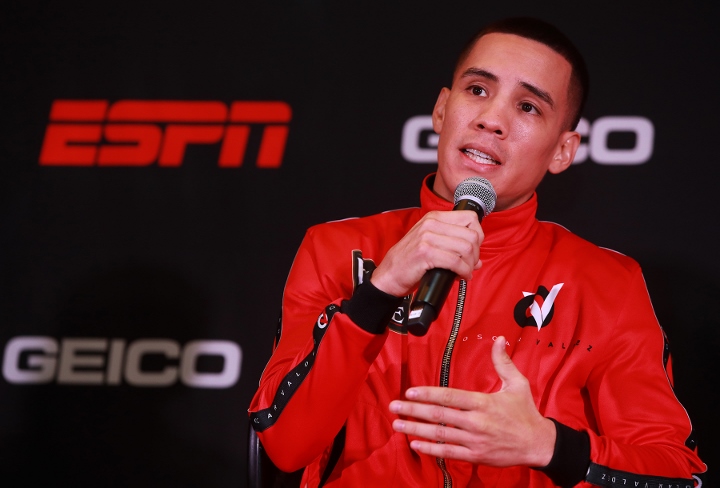 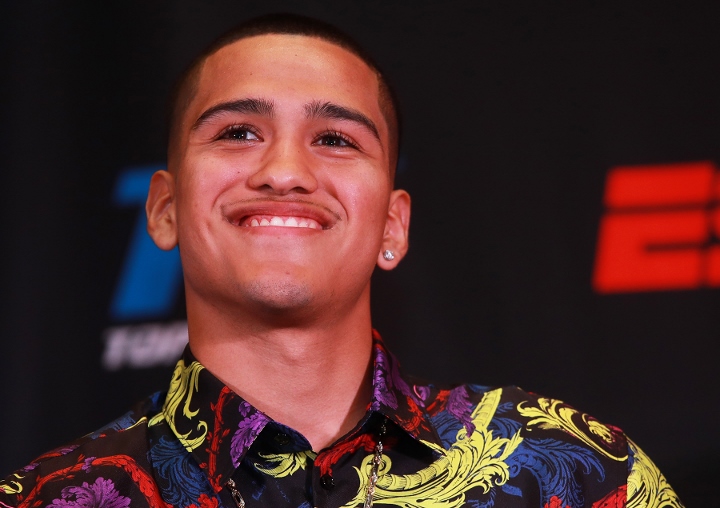 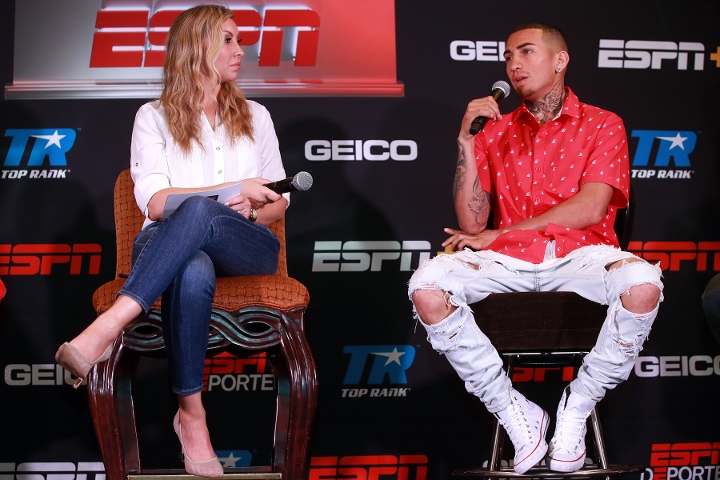 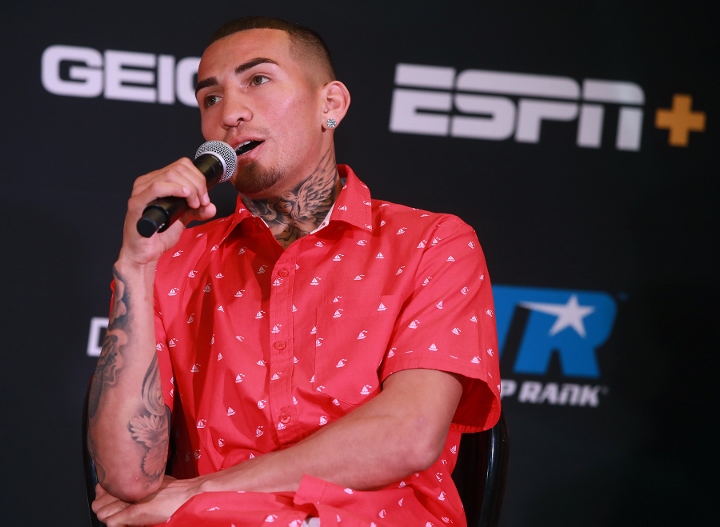 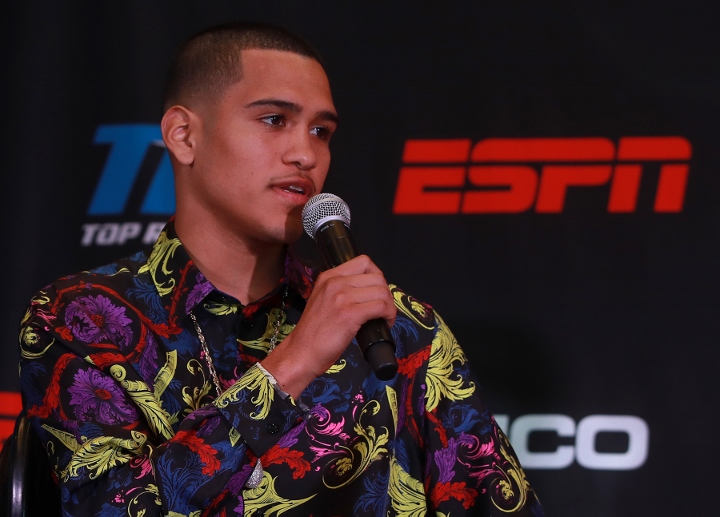