Carson, California - For the WBC bantamweight title, Nonito Donaire (41-6, 27 KOs) made history by becoming the oldest boxer in history to capture a world title in his division with a fourth round knockout of previously undefeated Nordine Oubaali (17-1, 12 KOs). (photos by Esther Lin and Sean Michael Ham)

During the third, Oubaali was decked by a hard Donaire hook. And then at the end of the round, Oubaali was nearly knocked out, with the contest being allowed to continue when Ouballi went down hard at the bell and had no idea where he was. 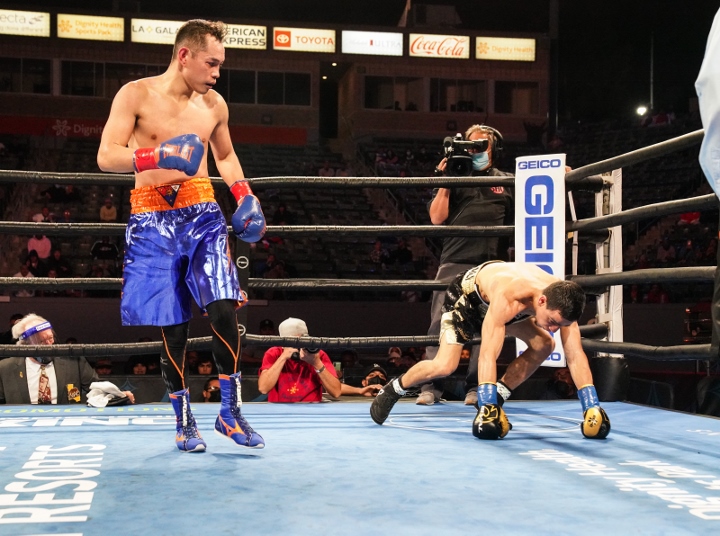 Donaire continued to land the big shots in the fourth, sending Ouballi down for a third time against the ropes and the fight was waved off. 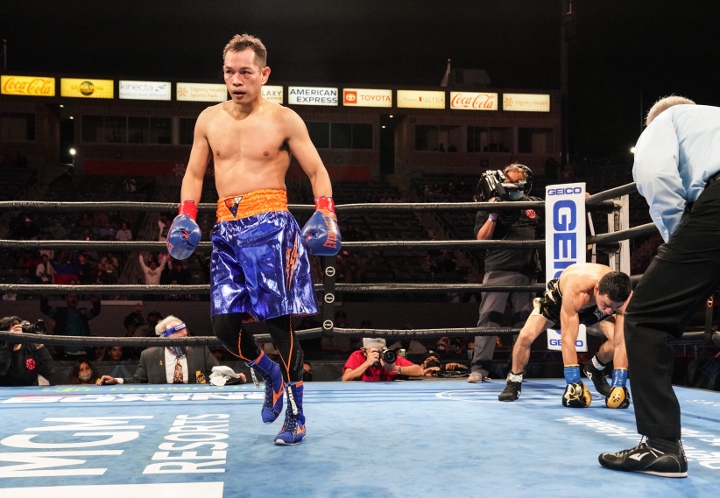 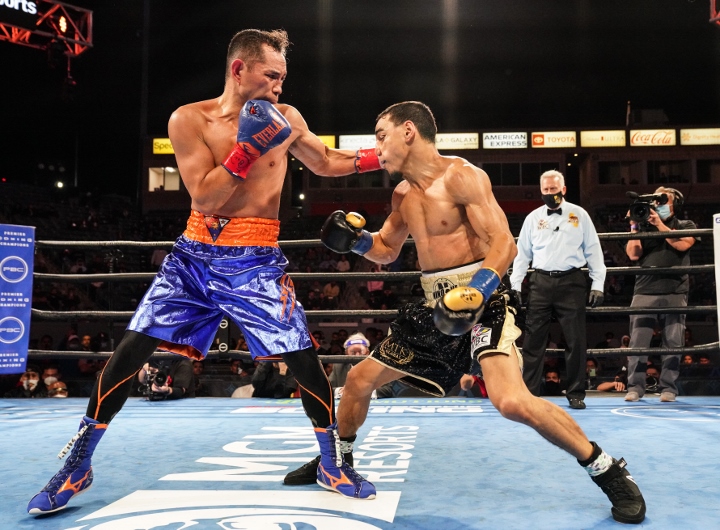 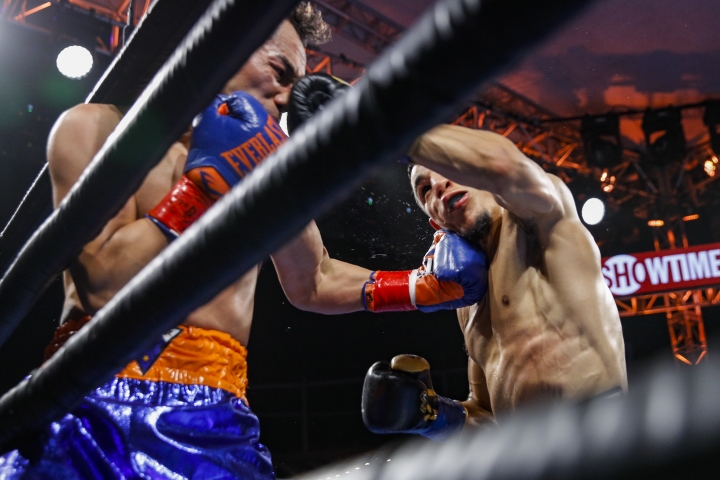 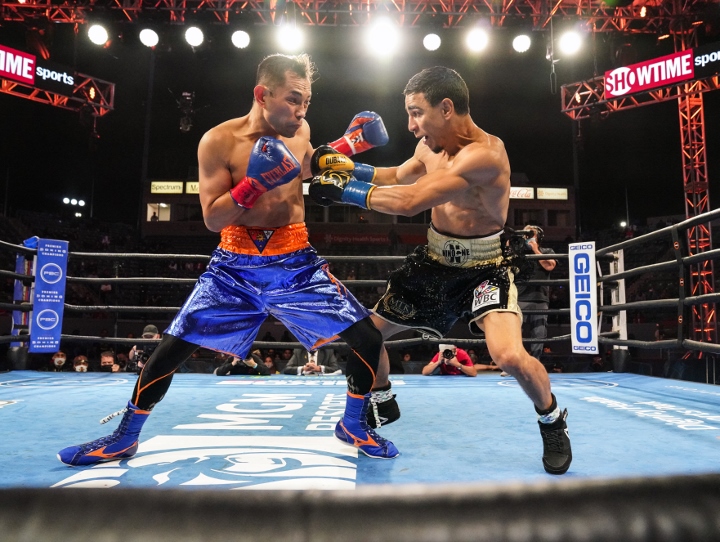 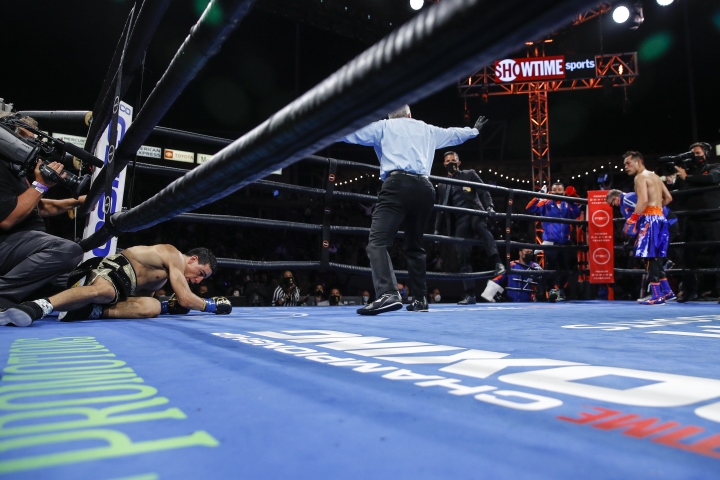 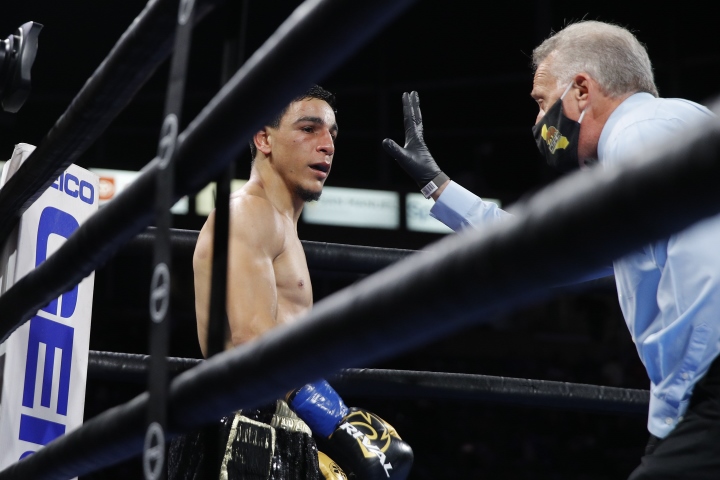 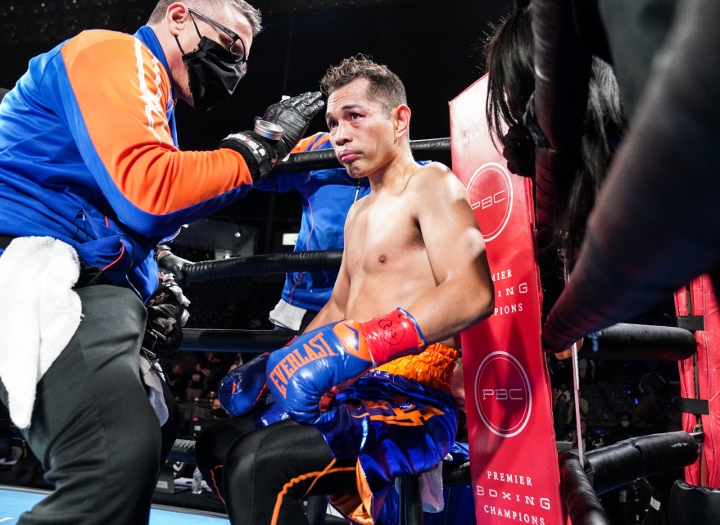 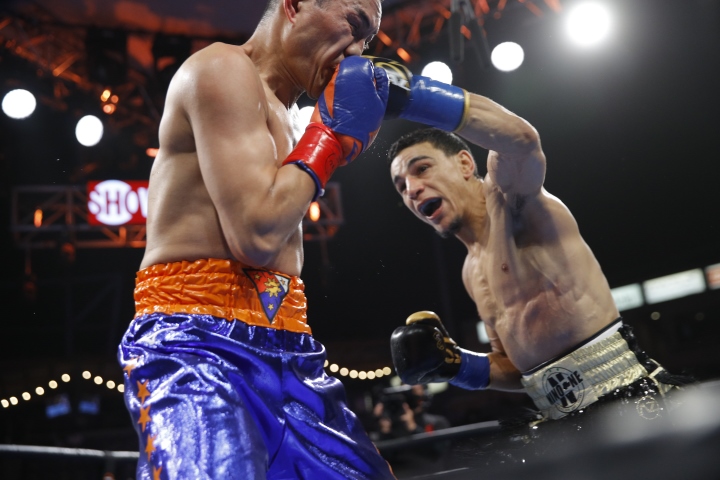 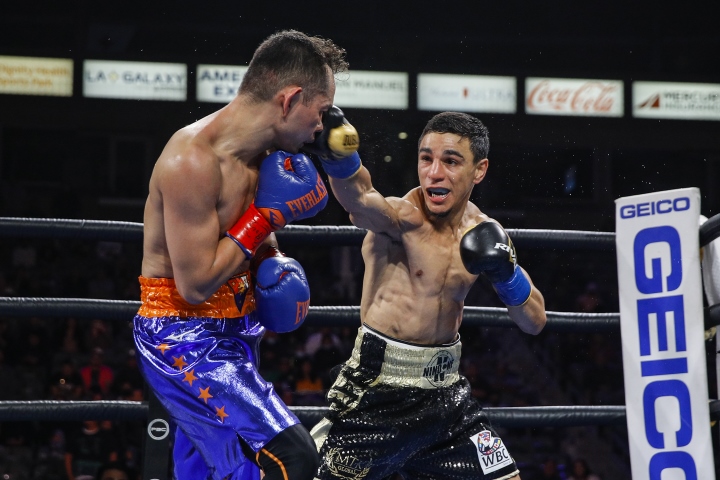 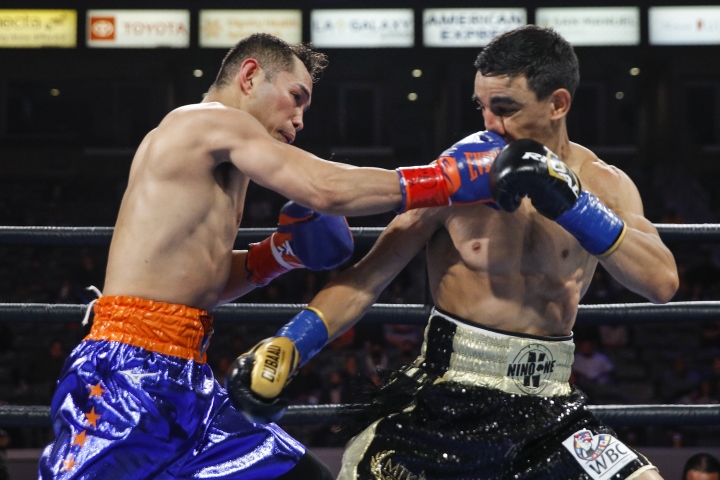 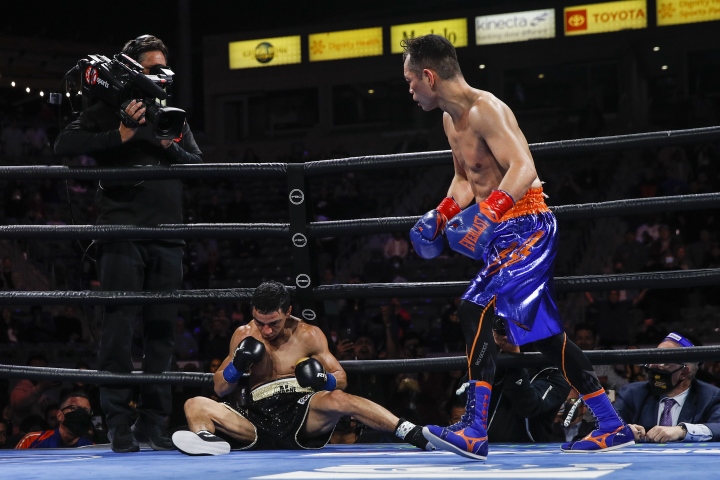 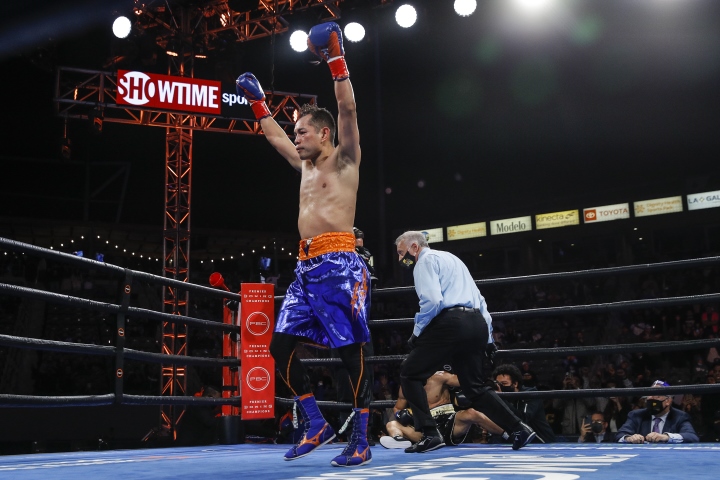 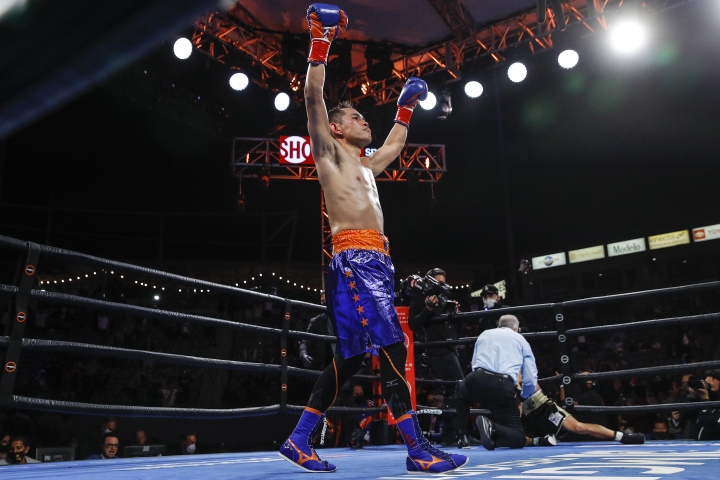 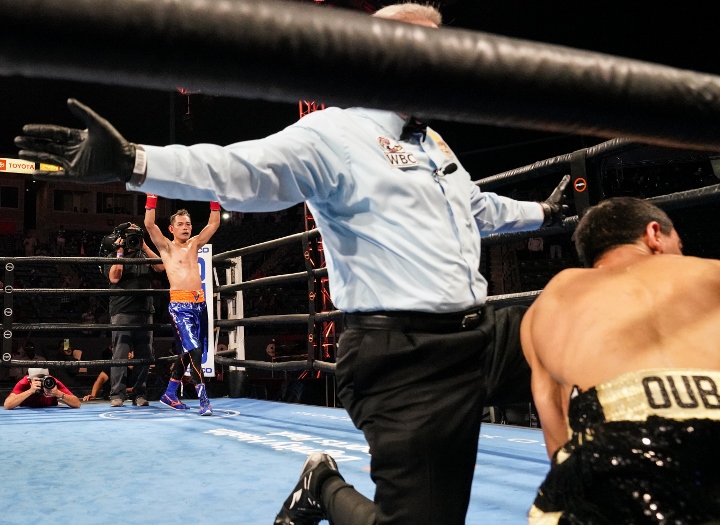 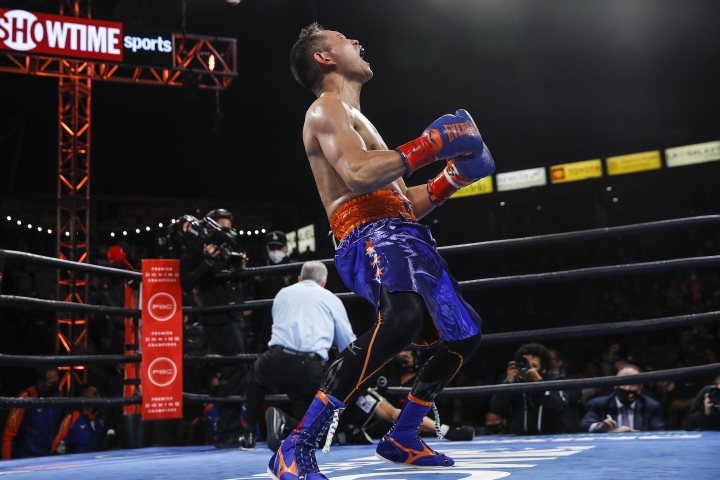 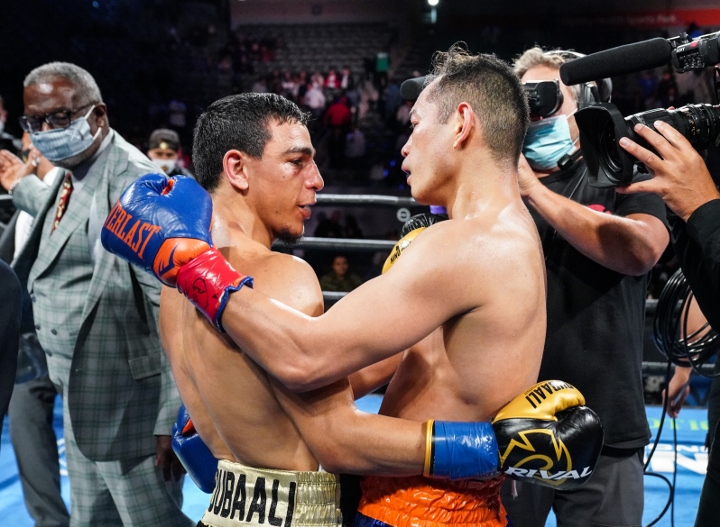 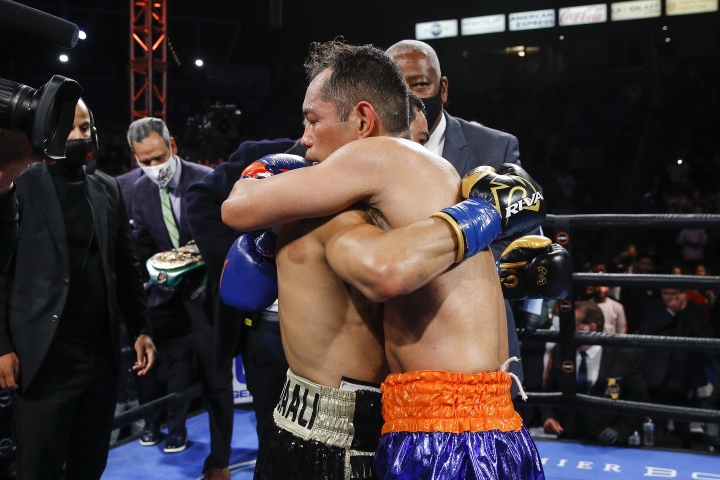 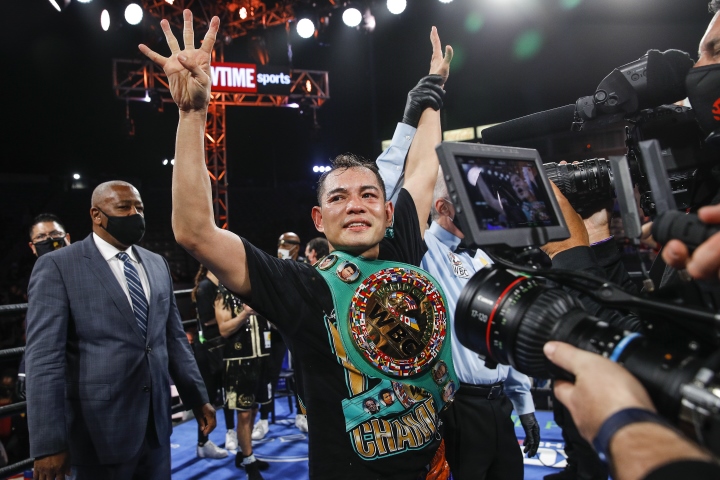 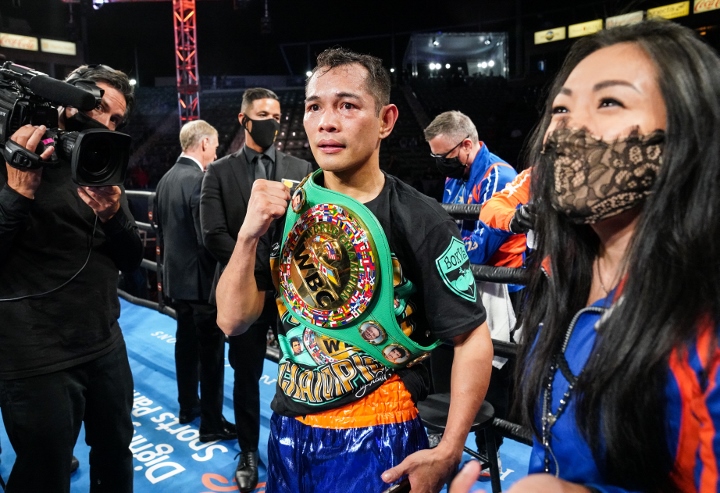 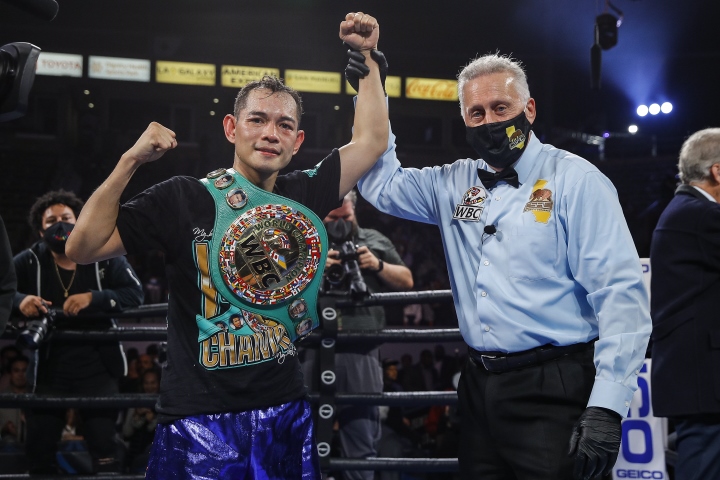 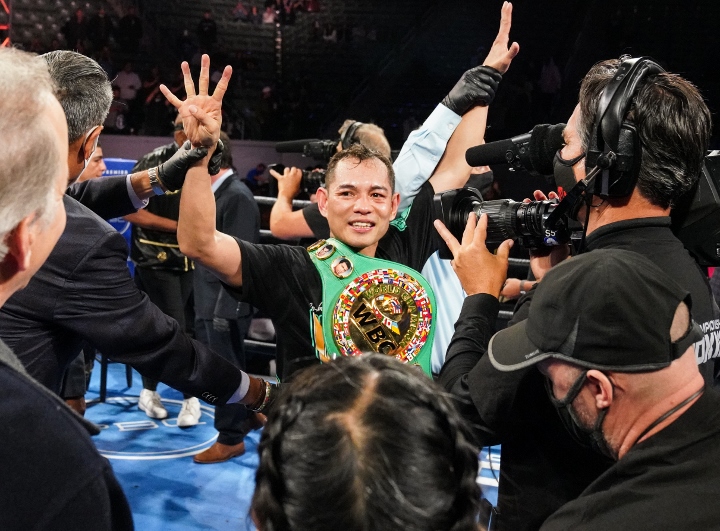