Japan's Naoya Inoue and Kenshiro Teraji each defended their world titles on Sunday, with Inoue needing just two punches to knock out his opponent.

Inoue's fight in the tripleheader at Yokohama Arena was part of the World Boxing Super Series Tournament as was an earlier WBA super lightweight fight between Kiryl Relikh and Eduard Troyanovsky.

"I thought it was over from the way he collapsed," said Inoue, who defended his WBA bantamweight crown and will now compete in the semifinals of the WBSS.

"It was a great start to the WBSS for me. I am looking forward to the semifinals, where I will do my best."

The 25-year-old Inoue improved to 17-0 in his pro career with 15 knockouts. The 34-year-old Payano, from the Dominican Republic, fell to 20-2 and was knocked out for the first time in his career. 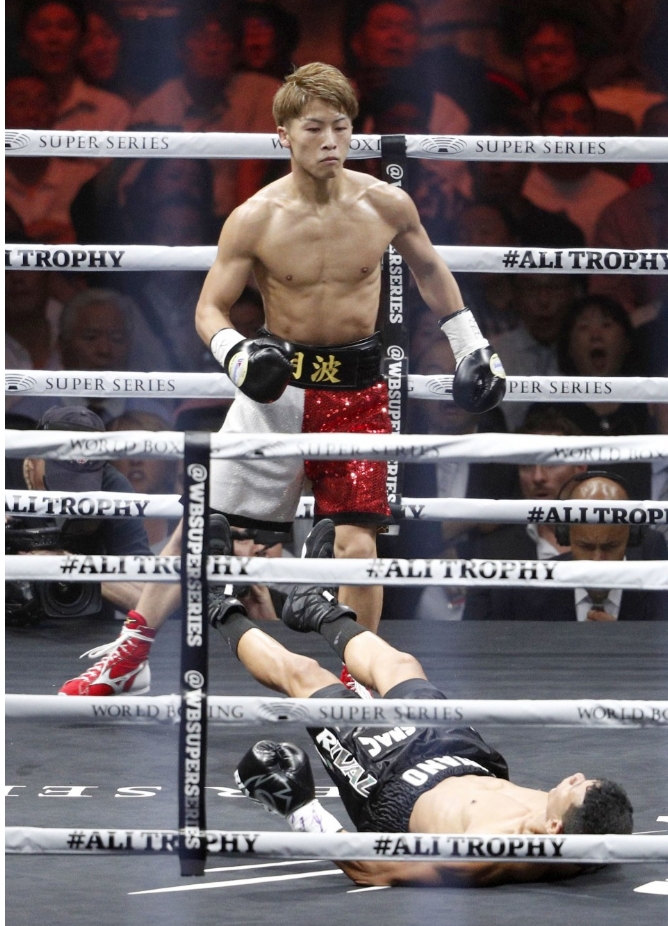 Teraji, the WBC light flyweight champ, defeated Milan Melindo of the Philippines by technical knockout when their fight was stopped after the seventh round. It was his fourth successful title defense.

"My main theme was to stick to the kind of boxing I'm good at," said the 26-year-old Teraji, whose record improved to 14-0 with eight knockouts. "He's a tough opponent and scary, but I believed in my jab."

The Japanese champ dictated the pace of the fight from the start, darting into land an occasional jab, while avoiding his opponent's efforts to get in close. But having opened cuts around Milando's left eye, Teraji began moving in for the kill from the fifth round and started landing blows in flurries.

The attending physician signaled an end to the bout when Melindo's eye was swollen shut. The 30-year-old's record fell to 37-4. 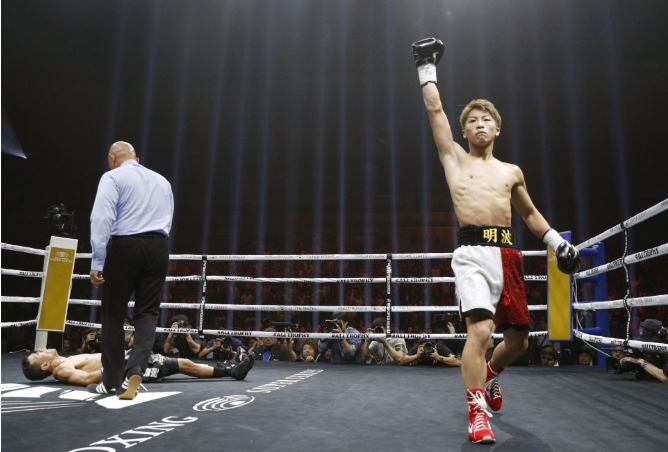 The second season of the WBSS is being competed in three weight classes, super lightweight, bantamweight and cruiserweight. In their WBA super lightweight title fight, Belarus' Relikh defended his title, winning a decision against his Russian opponent Troyanovsky.

The winner of each eight-man tournament will win his division's Muhammed Ali Trophy.