Naoya "Monster" Inoue, the Japanese three-weight world champion and pound-for-pound talent, is one day away from his Las Vegas debut. (photos by Mikey Williams)

He will defend his WBA/IBF/Ring Magazine bantamweight world titles against Australia's Jason Moloney (ESPN+, 7:30 p.m. ET), his first bout since his 2019 Fight of the Year victory last November against Nonito Donaire. 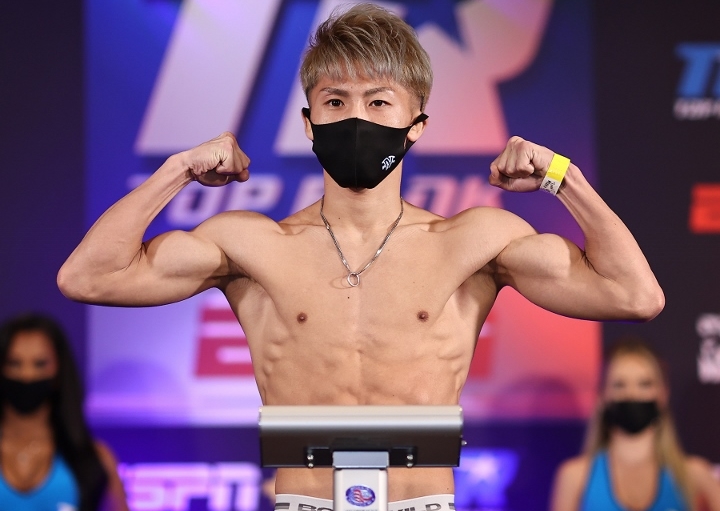 For as much noise as Inoue (19-0, 16 KOs) makes inside the ring, he is quiet and measured behind the microphone. Inoue and Moloney (21-1, 18 KOs) met face-to-face for the official weigh-in, along with the co-main event, with the WBO female junior lightweight world championship at stake, between Ewa Brodnicka (19-0, 2 KOs) and mandatory challenger Mikaela Mayer (13-0, 5 KOs). 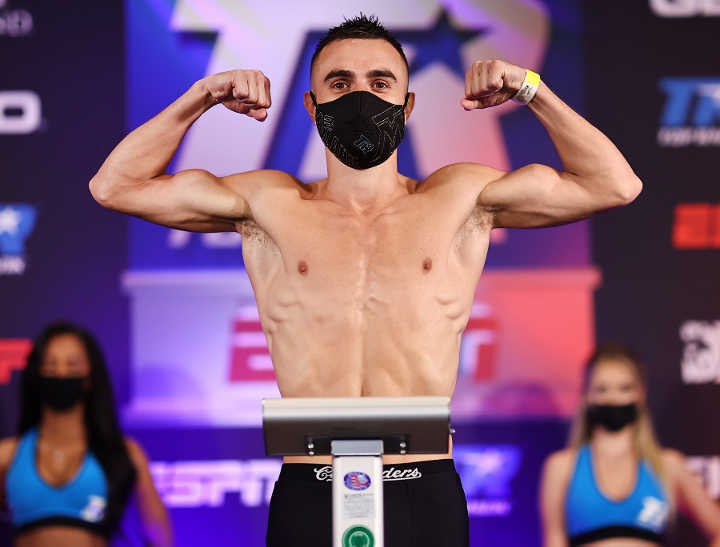 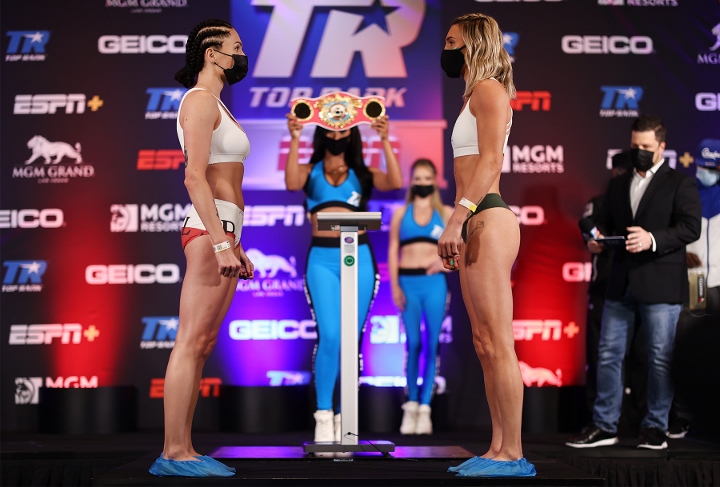 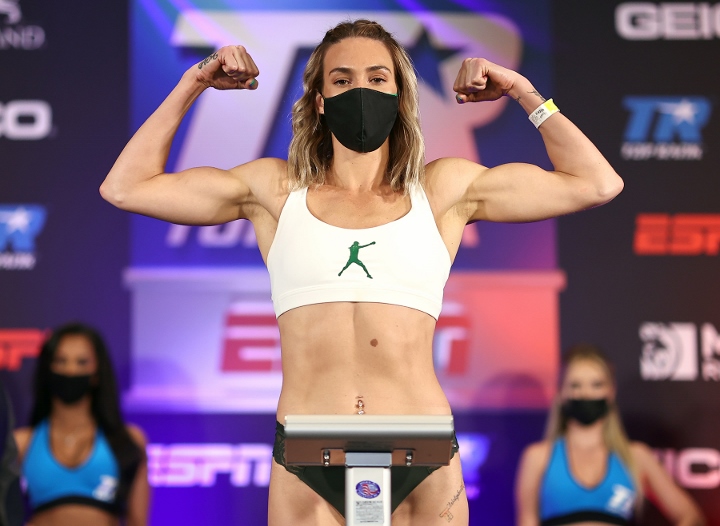 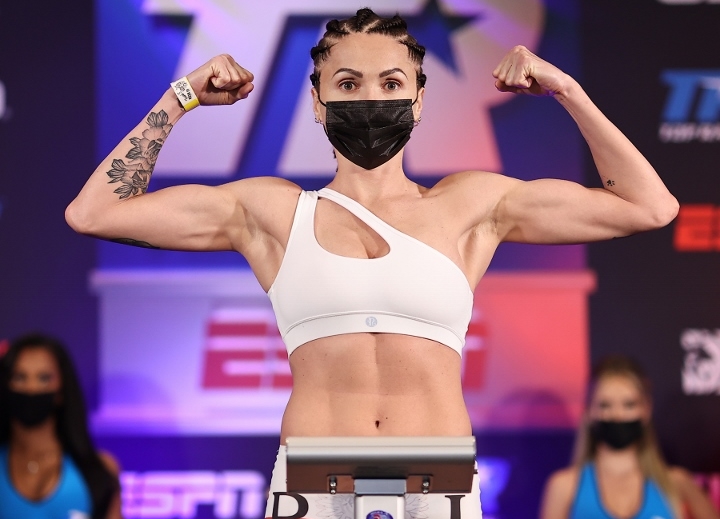