Miguel Berchelt opened the doors of Caballero Gym in Hermosillo, Sonora on Thursday, where he offered a training session in which he demonstrated his preparation for Miguel Roman.

Berchelt (34-1-0, 30 KO's) will be exhibiting for the fourth time his WBC super featherweight world championship, when he faces Miguel "Mickey" Roman (60-12-0, 47 KO's) on Saturday, November 3 at the Don Haskins Arena in El Paso, Texas. 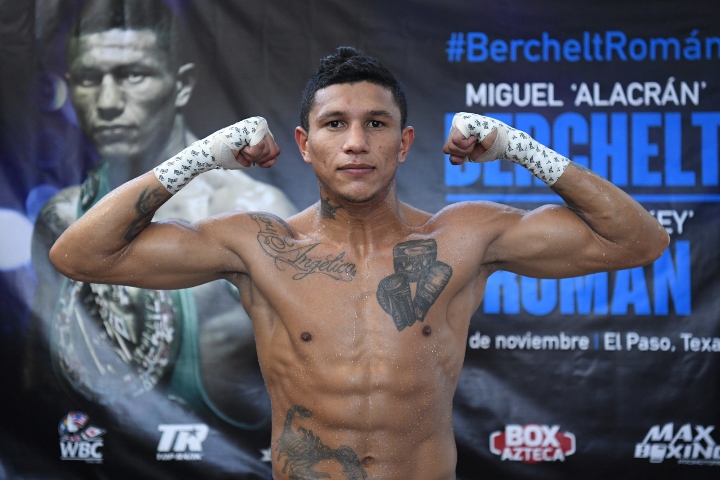 Berchelt did four rounds of sparring where he was helped by his gymmates Noé Robles and Eduardo Ramírez, as well as doing shadow boxing, jumping ropes, gadgets and mitts. 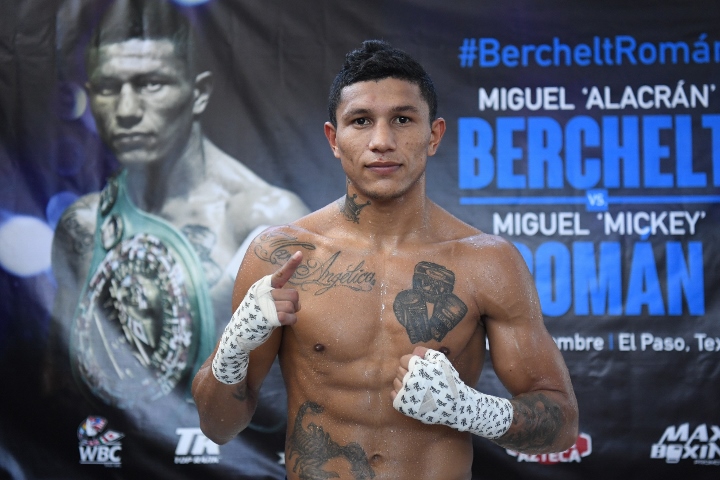 At the end of training, he assured that he feels at his best and that the green and gold belt he owns will stay on his shoulders for a long time.

"I feel very good, the preparation has been excellent and I will win on November 3 in El Paso," said the Cancun boxer. 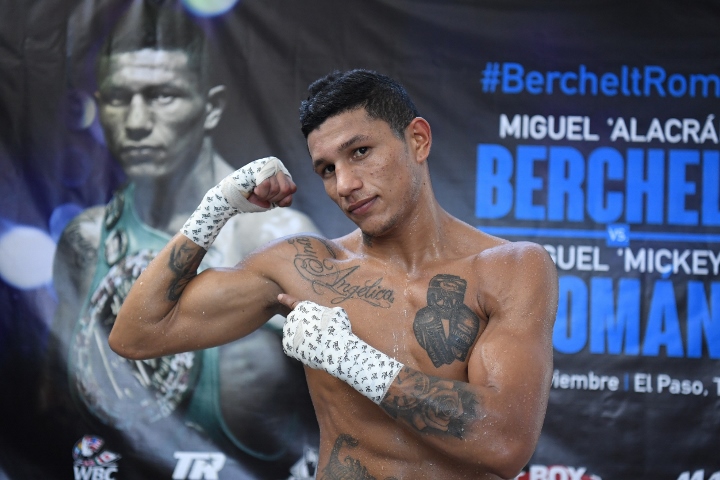 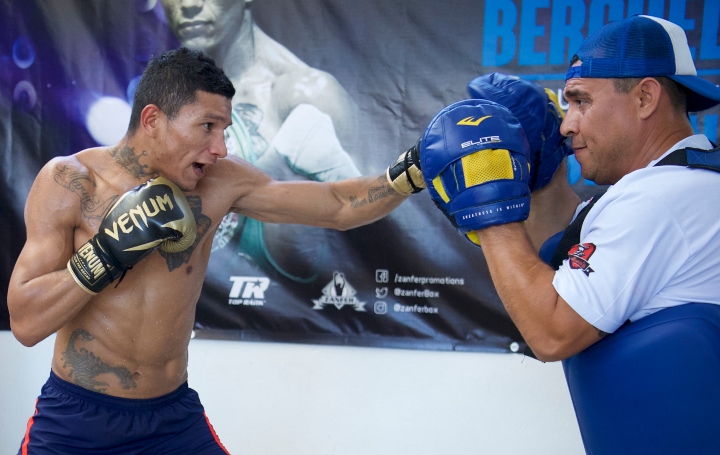 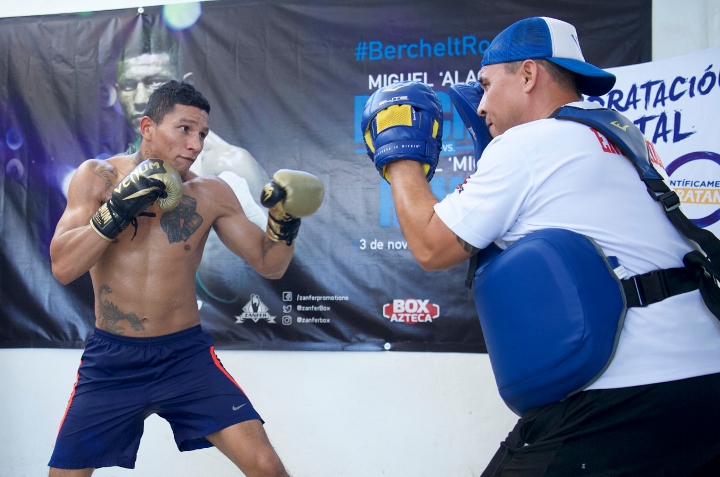 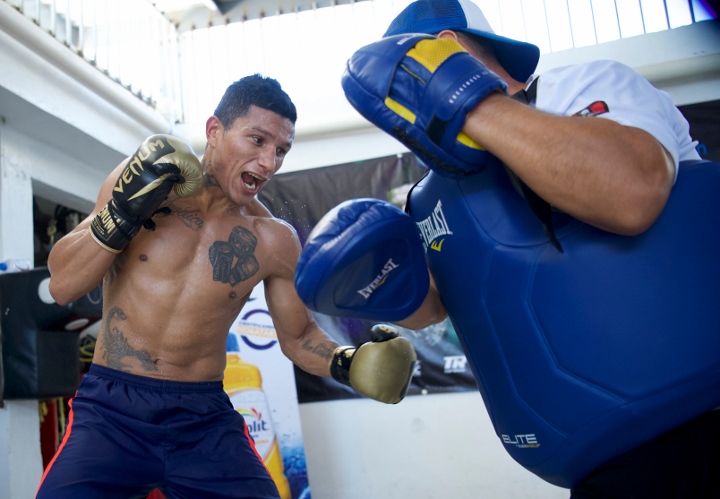 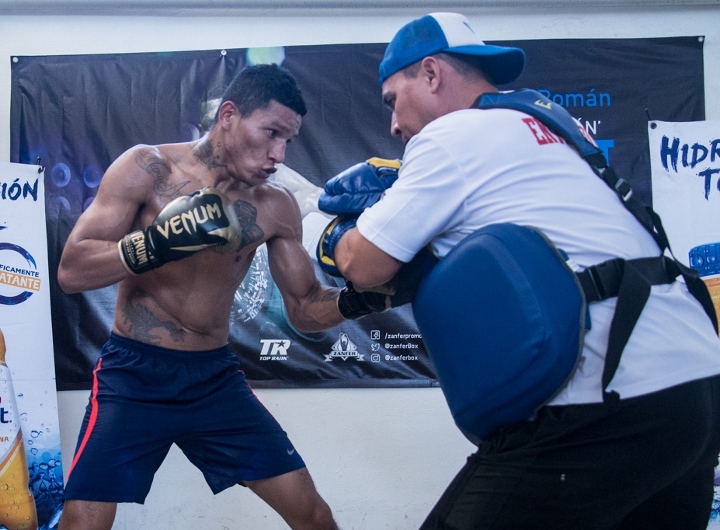 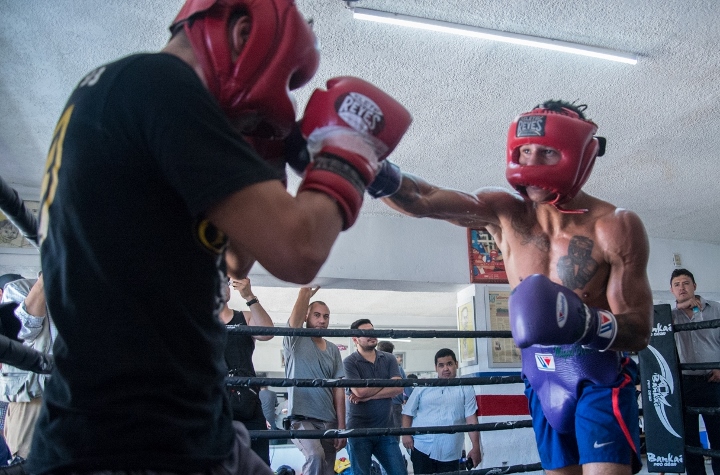 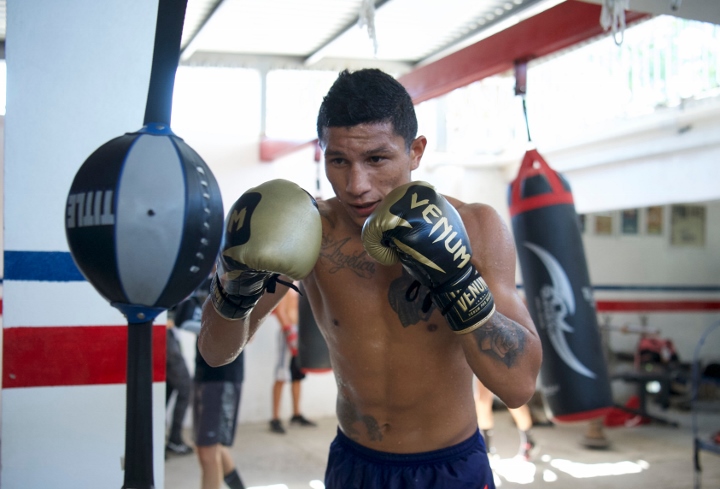 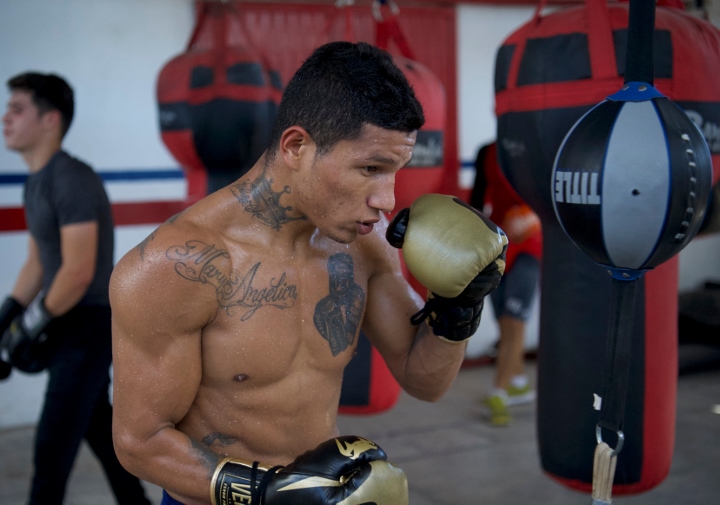 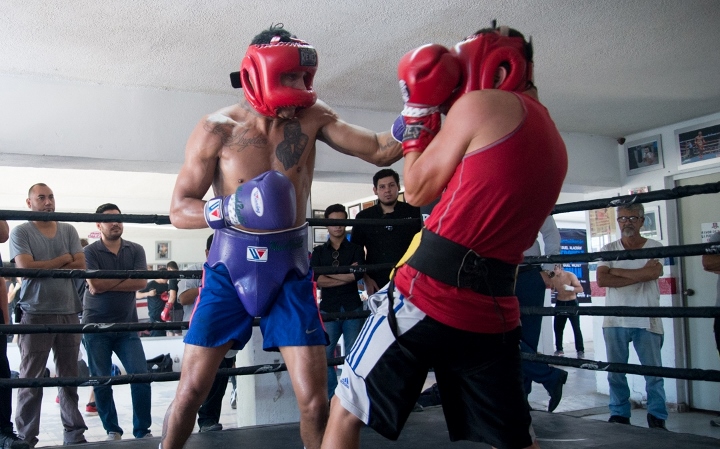 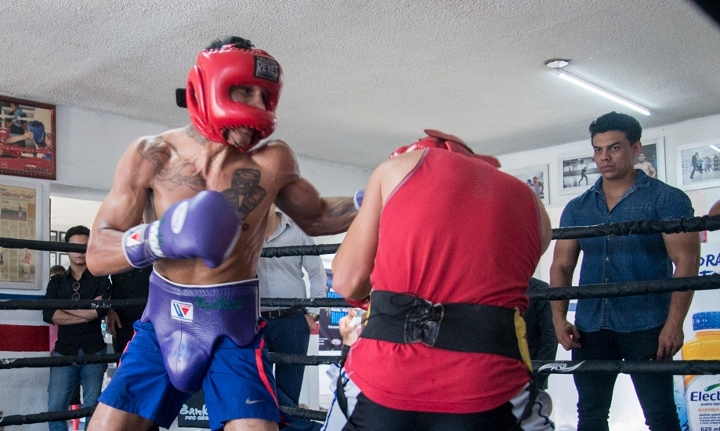 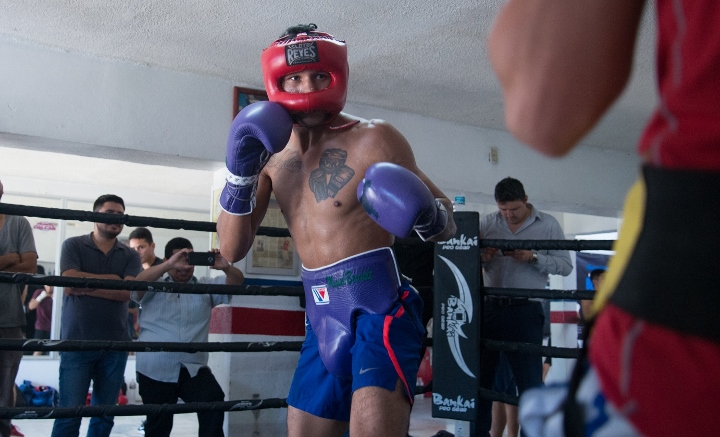 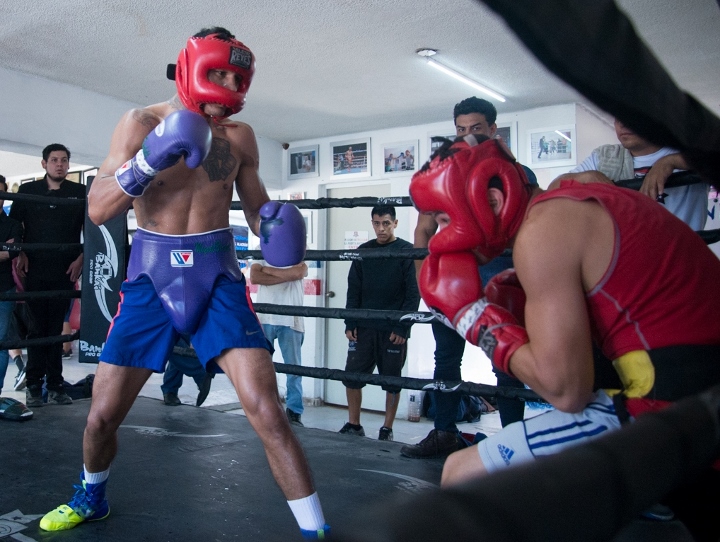 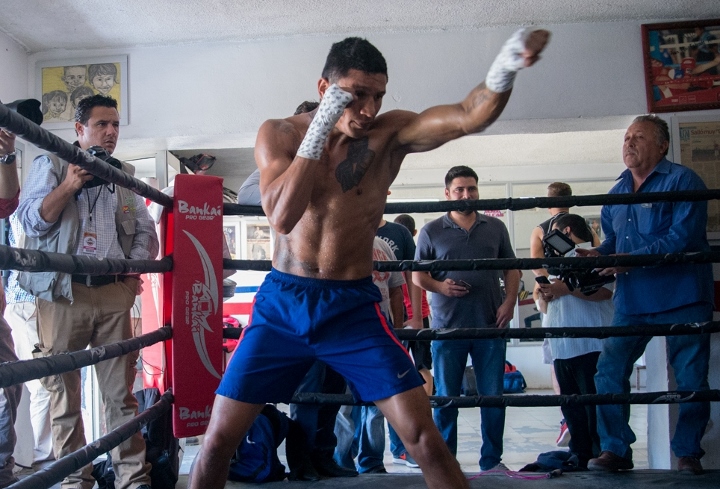