In what could be the largest financial extravaganza in combat sporting event history, a worldwide audience will witness a one-of-a-kind sporting event when legendary boxer and pound-for-pound king Floyd “Money” Mayweather returns to the ring to battle all-time MMA great and UFC champion “The Notorious” Conor McGregor in a 12-round boxing match. The fight announcement on June 14 captured the world’s attention as fans across the globe anticipate the outcome of this once-in-a-lifetime showdown taking place Saturday, Aug. 26 at T-Mobile Arena in Las Vegas. The event will be produced and distributed live by SHOWTIME PPV and promoted by Mayweather Promotions.

A 12-time world champion in five weight classes, the 40-year-old Mayweather retired undefeated in September 2015 as one of the greatest to ever step in the ring, buoyed by box office success that saw him shatter nearly all of the revenue records in the sport’s history. Now, he returns to challenge the bold, powerful and popular McGregor, whose elite striking skills put him in the record books as the first athlete to hold two UFC titles simultaneously, all while soaring to the mantle of the sport’s No. 1 PPV attraction at only 28 years old. 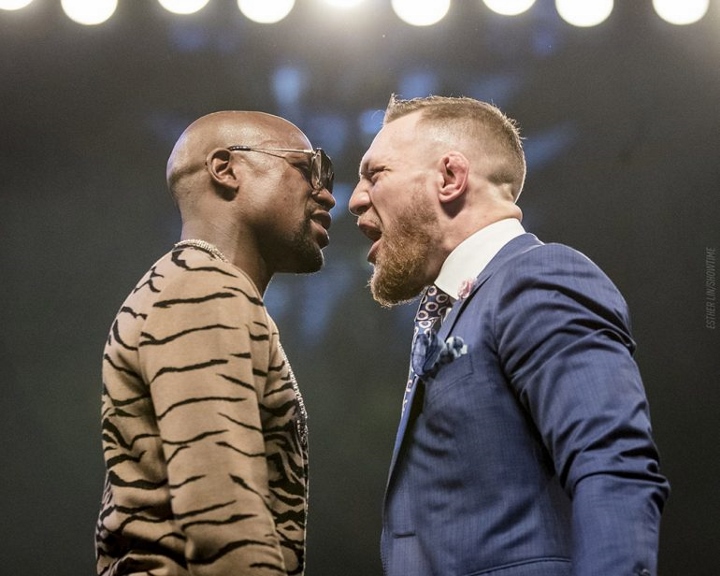 Mayweather and McGregor will meet in a super welterweight contest (154-pound limit), serving as the first time champions from boxing and MMA will meet in a sanctioned boxing match. 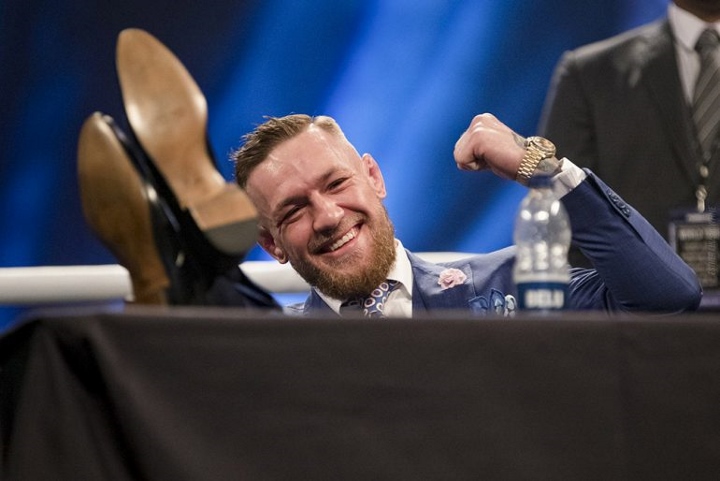 The SHOWTIME PPV on-air team will call the action on the telecast beginning live at 9 p.m. ET/6 p.m. PT. The telecast also will be available in Spanish using secondary audio programming (SAP). 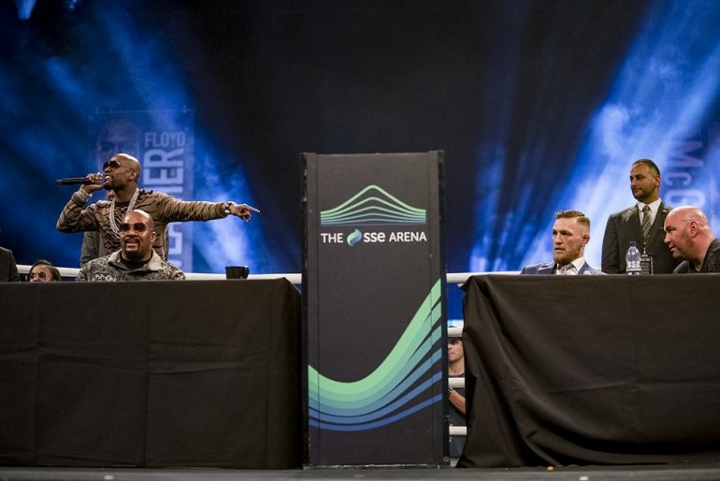 Leonard Ellerbe, CEO of Mayweather Promotions, said, “Floyd has been a trailblazer his whole career and this event proves that he is still the marquee name in the fight game. This is the kind of event that Floyd Mayweather and Mayweather Promotions are known for and we’re proud to bring this exciting night of action right to the fans. We know that Conor McGregor is a dangerous fighter who believes 100 percent that he is going to win this fight. I’m expecting to see as sharp a Floyd as always and I anticipate him doing what he always does, going in there and winning. You will not want to miss this once-in-a-generation showdown on August 26 in Las Vegas and live on SHOWTIME PPV.” 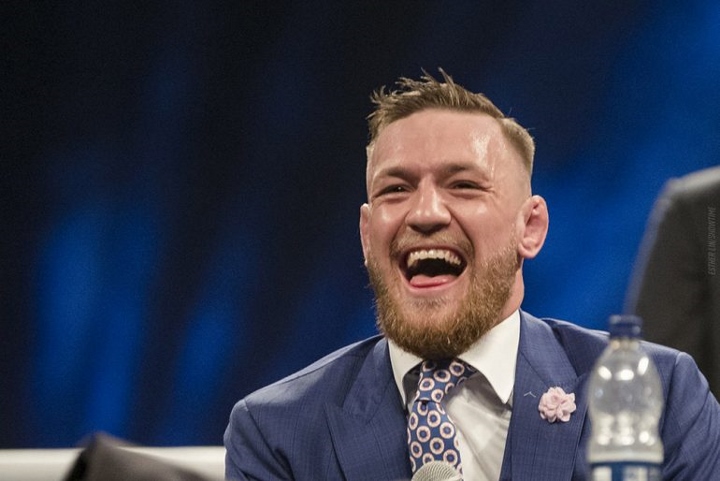 Stephen Espinoza, Executive Vice President and General Manager, SHOWTIME Sports, said, “We are proud to reunite with Floyd Mayweather, Mayweather Promotions and the MGM Grand to deliver this unprecedented global event. Never before, in the vast experience of SHOWTIME PPV which includes worldwide events featuring record-setting events with Mike Tyson, Julio Cesar Chavez and Floyd Mayweather, have we experienced a reaction like we have to Mayweather vs. McGregor. Both Floyd and Conor are trend-setting personalities who have transcended their respective sports. They carry unmatched reputations for spectacle and athleticism, and together they create a truly can’t-miss event.” 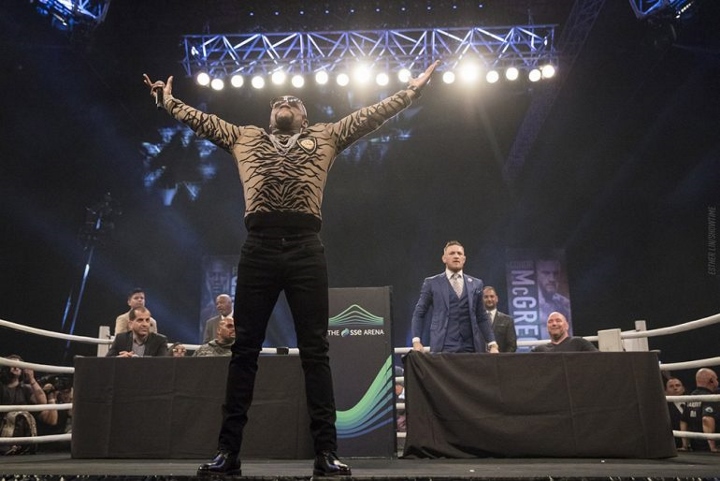 Dana White, President of UFC said, “My goal has always been to put on the greatest fights the world has ever seen, whether they take place inside an Octagon or a boxing ring. Floyd Mayweather is one of the best fighters of all-time but he has never faced someone like Conor McGregor. Throughout his UFC career, Conor has proven that he should never be underestimated and I believe this will be no different. On August 26th, we will see the biggest fight in history. The world will be watching to see if Conor can follow through on another promise and make history once more. No matter the outcome, this will be a historic night in sports and we are honored to give the fans what they have been asking for.” 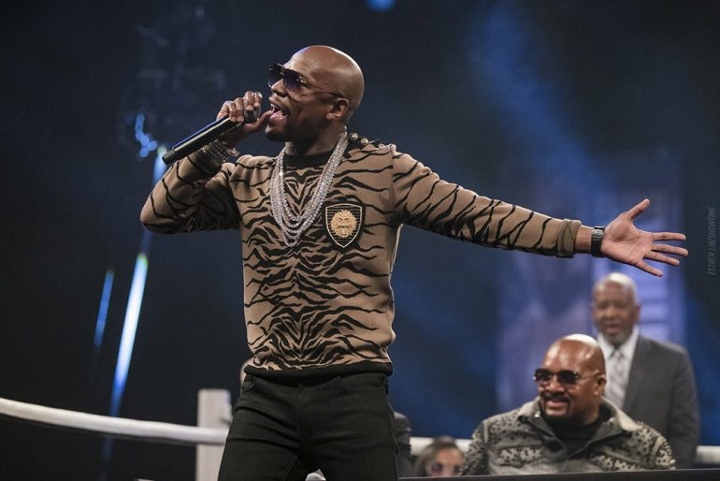 Richard Sturm, president of entertainment and sports for MGM Resorts International, said, “It is an honor to have the opportunity to host the Floyd Mayweather vs. Conor McGregor fight at T-Mobile Arena, our industry’s leading venue for major sports and entertainment. Las Vegas is known for its summer heat but nothing will be hotter than this championship event on August 26.” 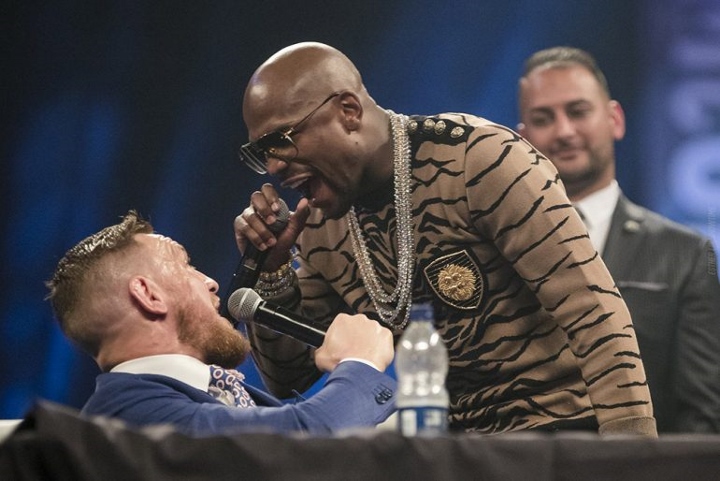 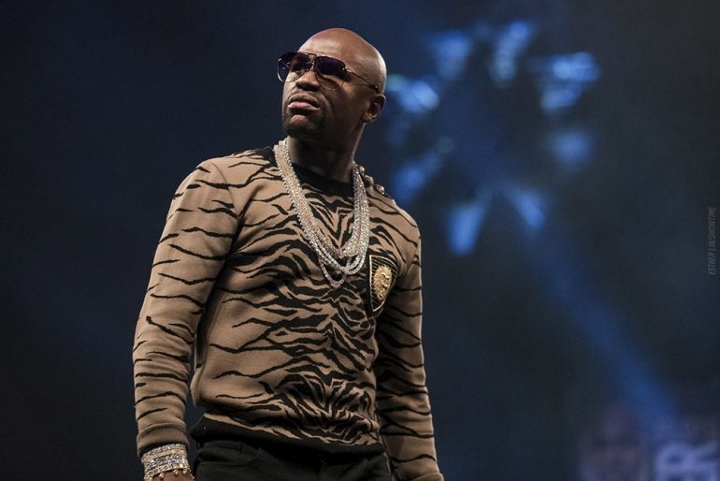 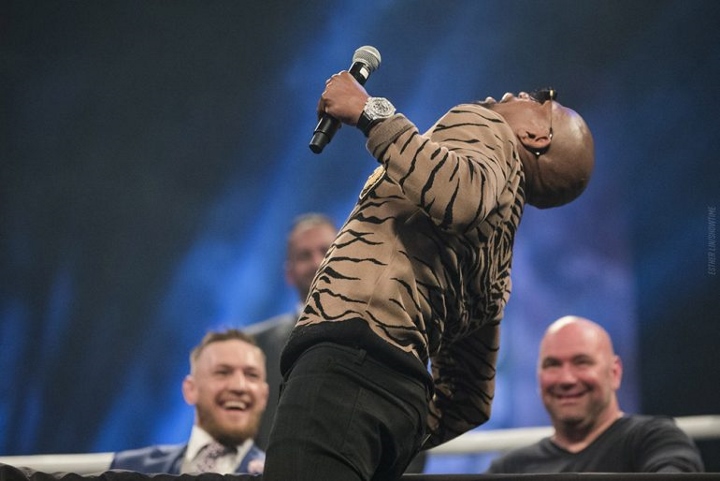 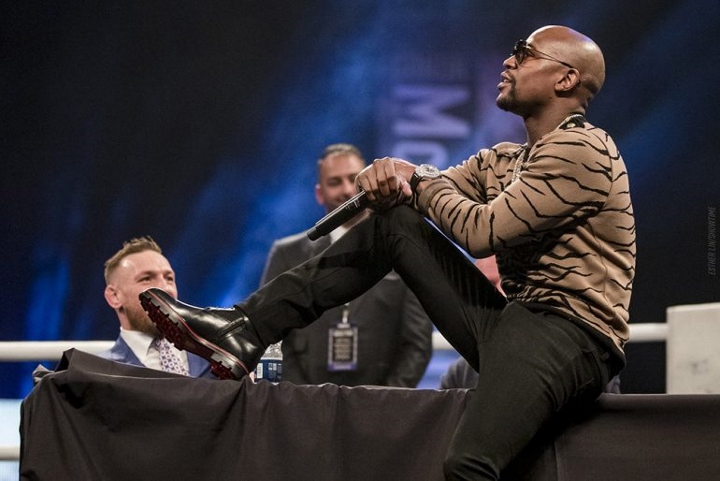 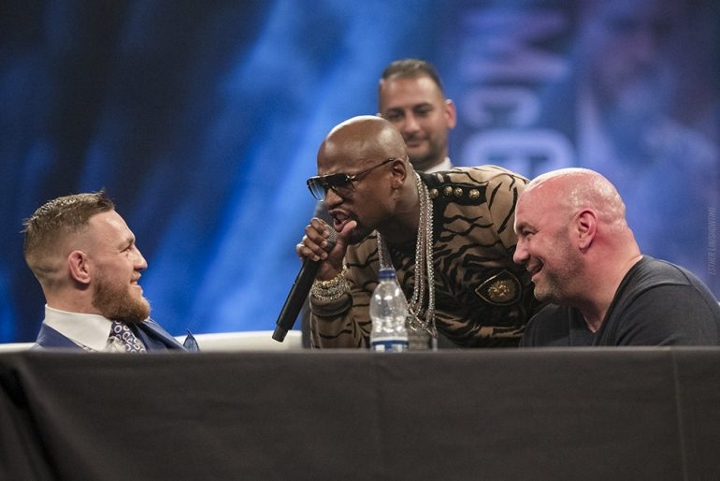 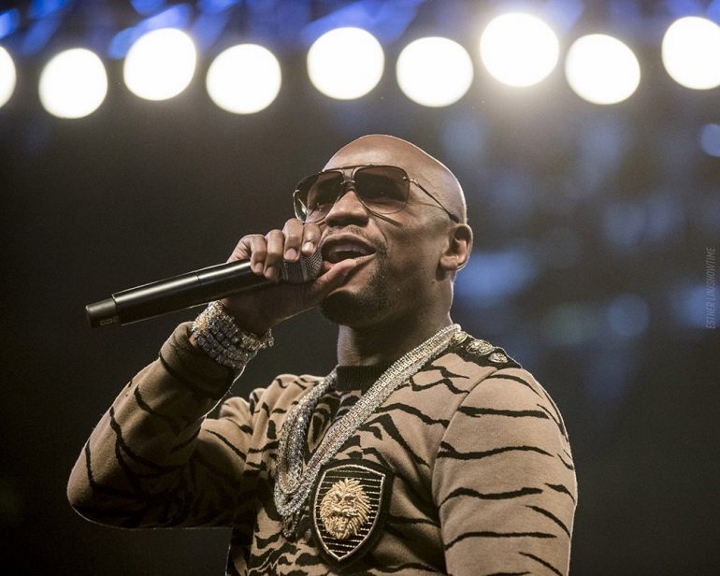 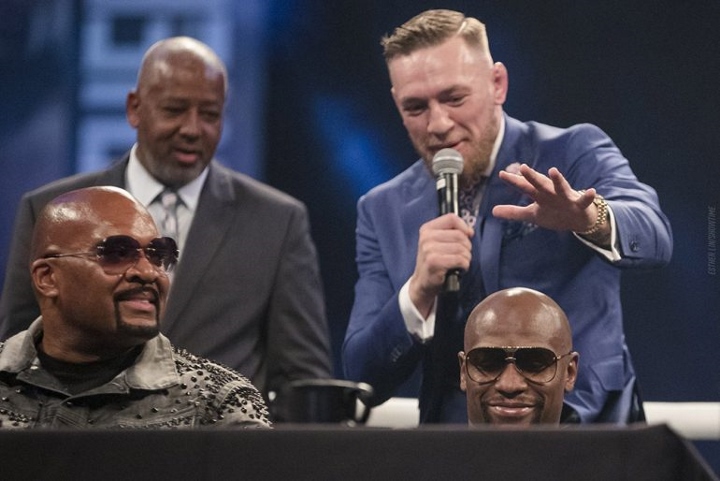 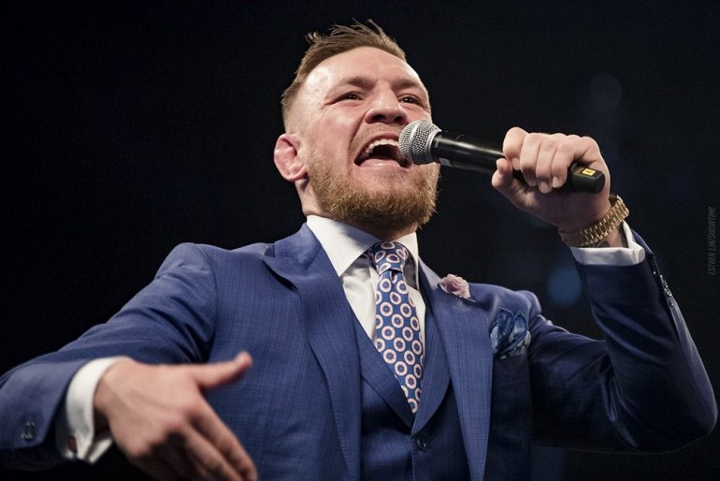 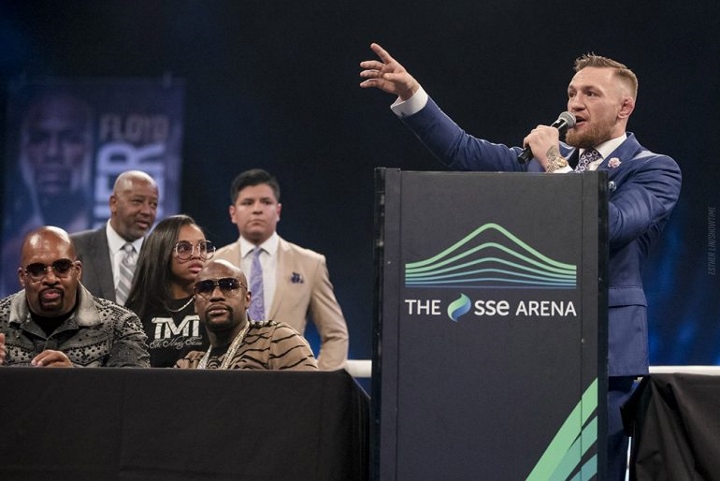