Carson, California - Mario Barrios (23-0, 14 KOs) knocked out his seventh consecutive opponent as the 23-year-old from San Antonio stopped Mexico’s Richard Zamora (15-3, 10 KOs). The stoppage came at 2:16 in round four as referee Ray Corona waved off the fight after a barrage of Barrios punches landed cleanly and dazed the game Zamora.

With noted trained Virgil Hunter in his corner, the accurate Barrios landed a staggering 59 percent of his power punches, including 37 of 58 (64 percent) in the fourth and final round. 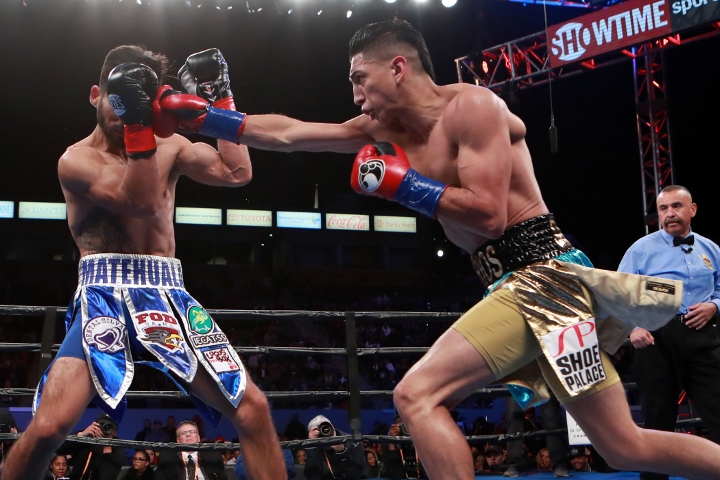 “He wasn’t an easy target at all,” said Barrios, who sparred with Amir Khan and Devin Haney in training camp and is the WBA’s No. 1 ranked fighter at 140 pounds. We just used everything we worked on in camp to find my range.” 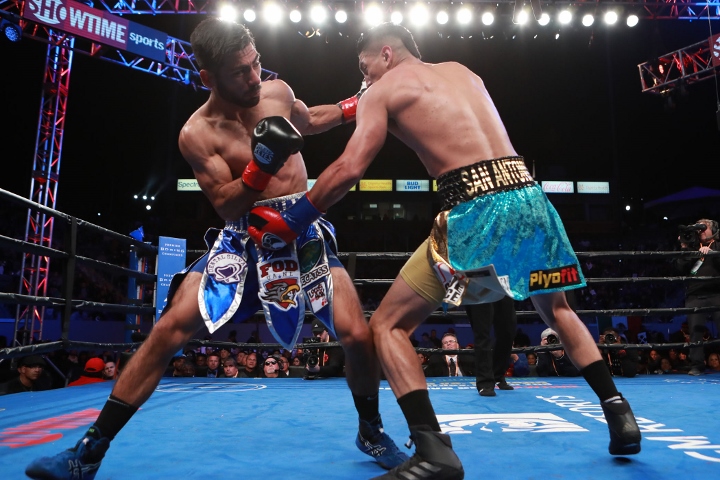 He added: “It was an amazing fight. I tip my hat to Zamora – he’s a hell of a warrior. I wish him nothing but the best for the rest of his career. Like he said at the press conference, he wanted a war and I brought it to him. Total respect to him.” 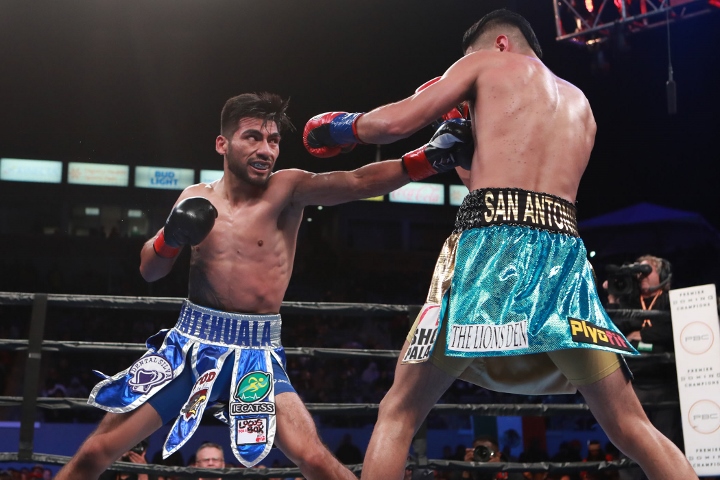 Zamora was making his United States debut. “I came to fight,” he said. “I didn't come to lay down. I thought I still could have fought more. I don't want to criticize the referee. He did what he had to do.”

Barrios said he’s ready for the next big step-up in his career. “That’s up to my managerial team,” he said. “Whenever they feel I’m ready I’ll fight for a world title. Any one of them. I am knocking down the door for a world title right now.” 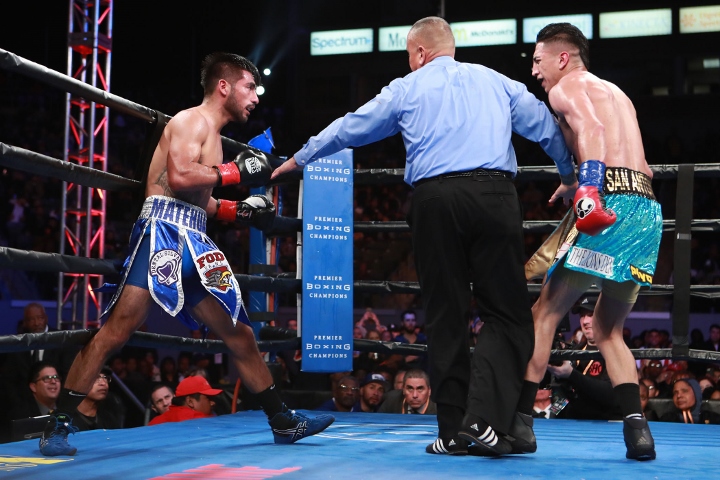 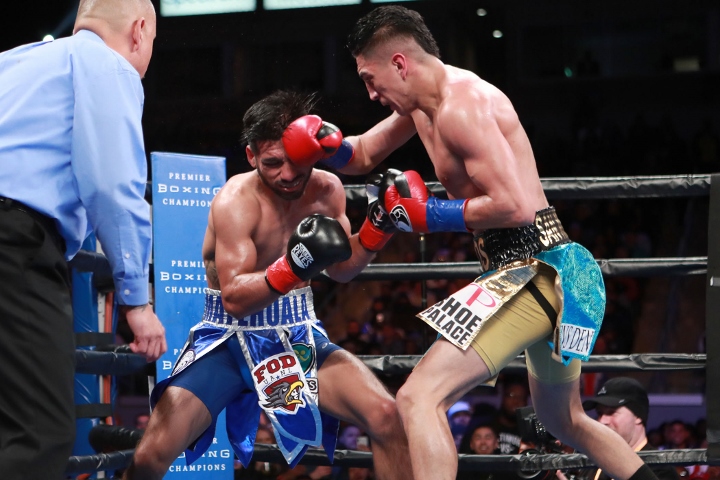 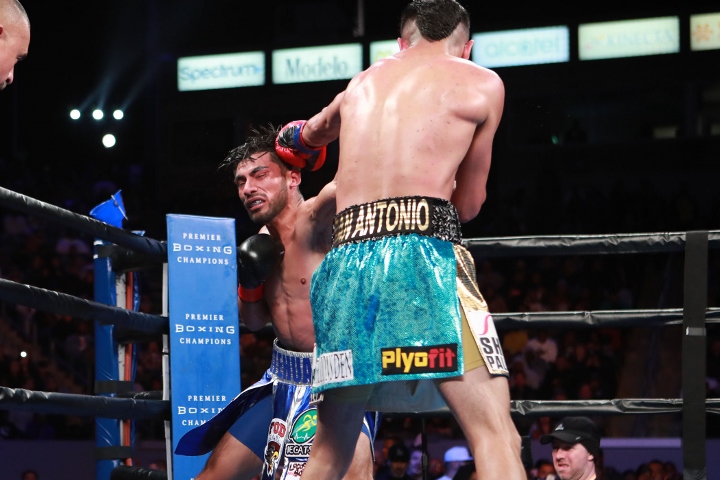 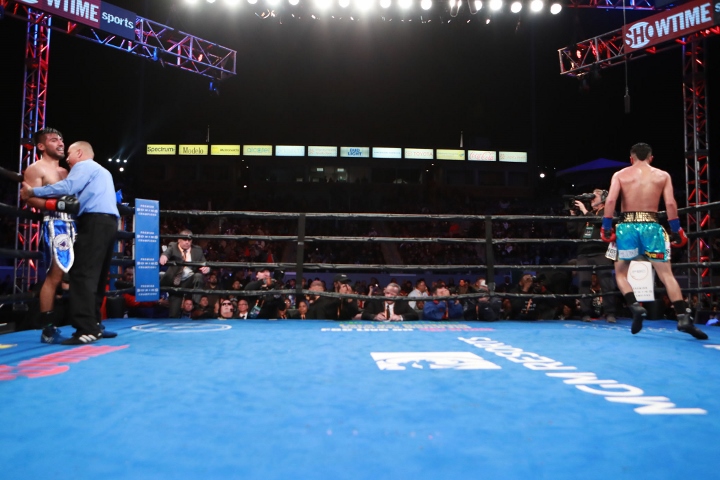 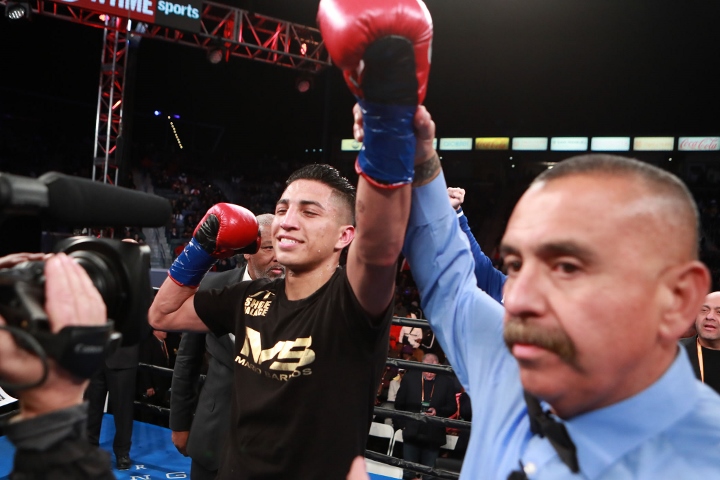