Hollywood, California--8 time Division World Champion Manny "Pacman" Pacquiao works out exclusively for fans around the world during a live stream from world famous Wild Card Boxing Club owned by Freddie Roach Monday afternoon as he prepares to face Timothy "Desert Storm" Bradley for the third time in Las Vegas Nevada April 9, 2016 at the MGM Grand Casino.  Pacquiao and Roach were both in sync and had visitors in awe!   Pacquiao says he is ready to fight and this fight will be fullfilled with action when interviewed by Top Rank correspondent Crystina Poncher.    Photography by Mikey Williams for Top Rank.

Pacquiao (57-6-2, 38 KOs) and Bradley (33-1-1, 13 KOs) are less than two weeks away from their date with destiny -- their 12-round welterweight battle for pound for pound supremacy. This fight will also mark the first time Roach and Atlas have ever faced each other from opposite corners -- an amazing fact considering they have a combined 70 years of training experience between them and scores of world champions to their credit. 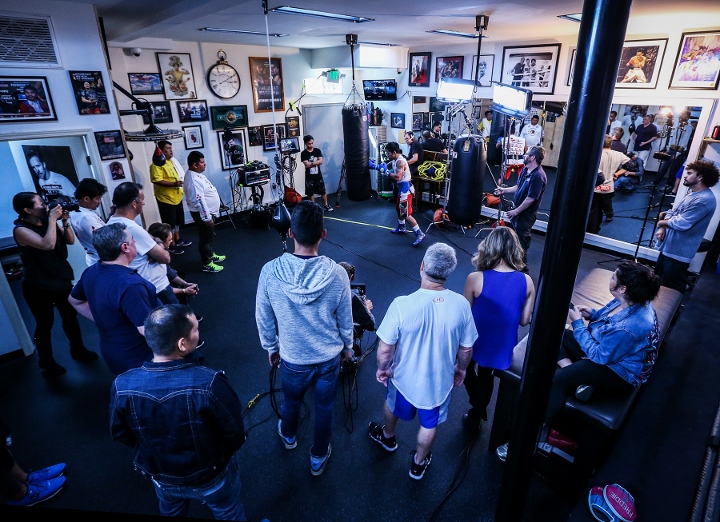 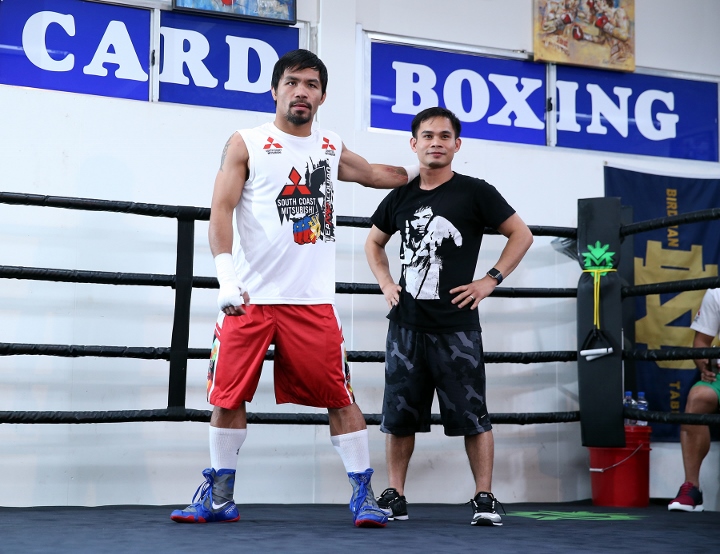 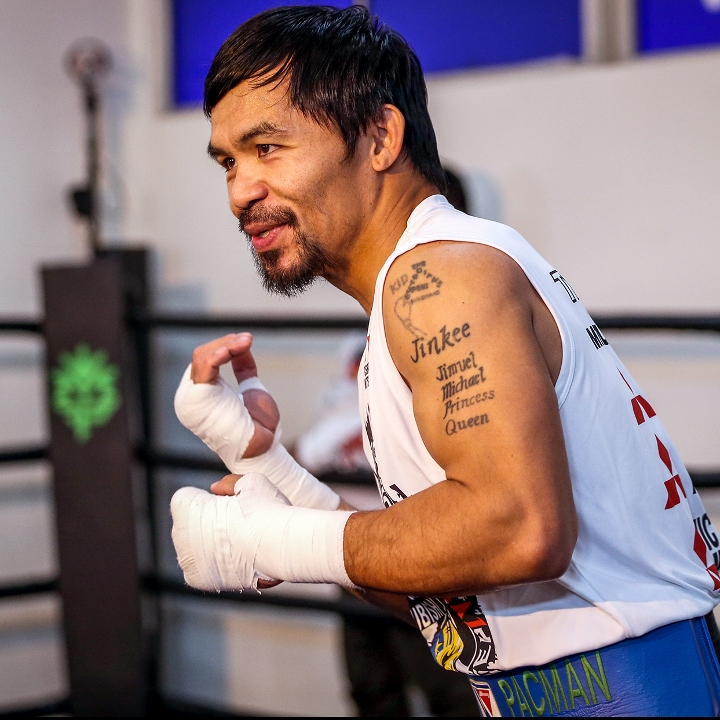 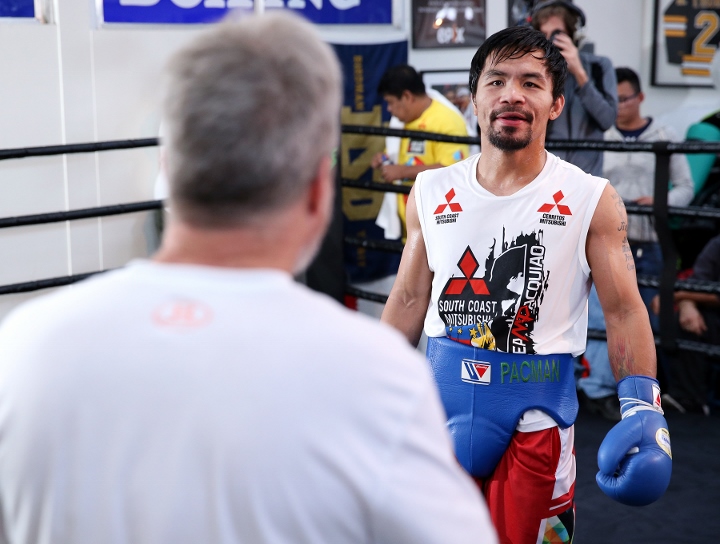 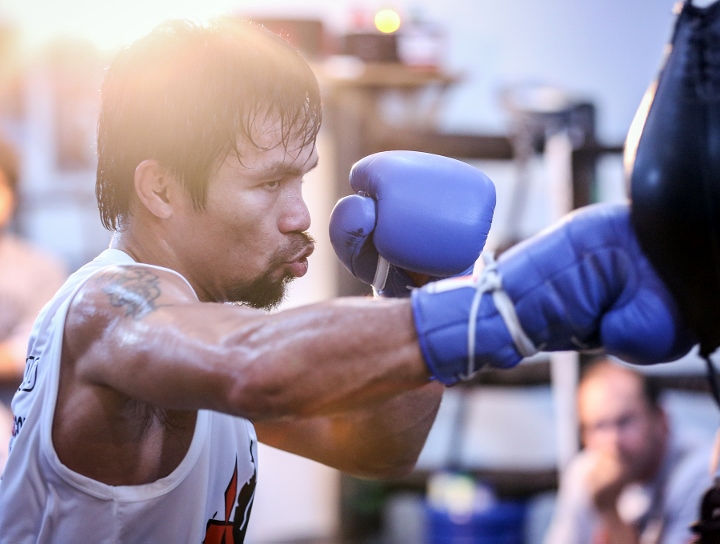 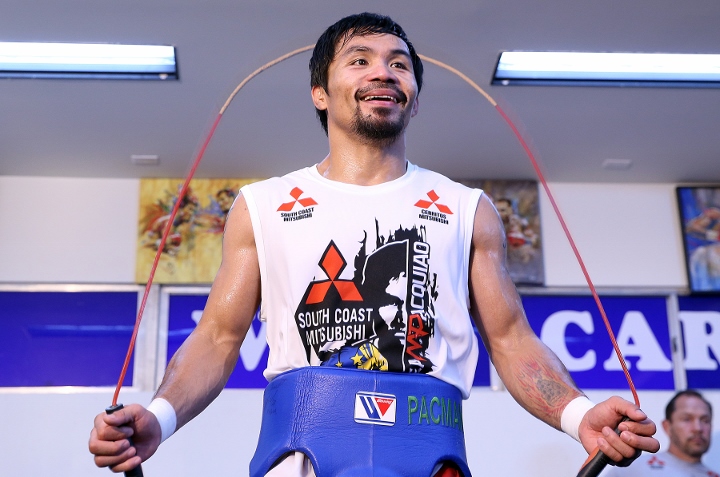 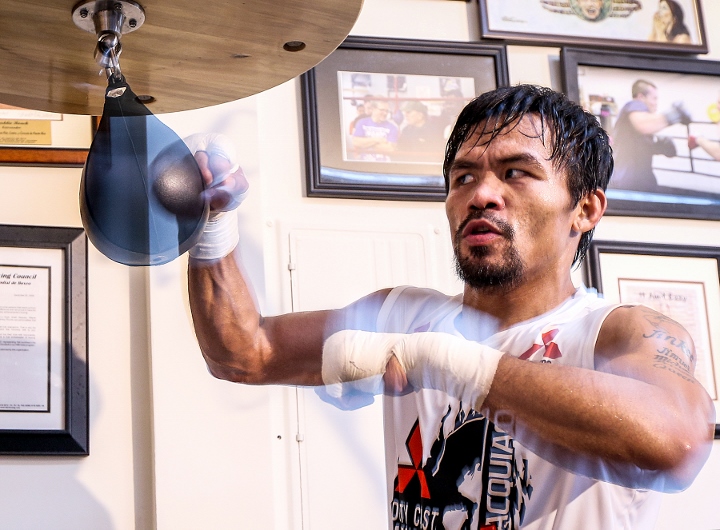 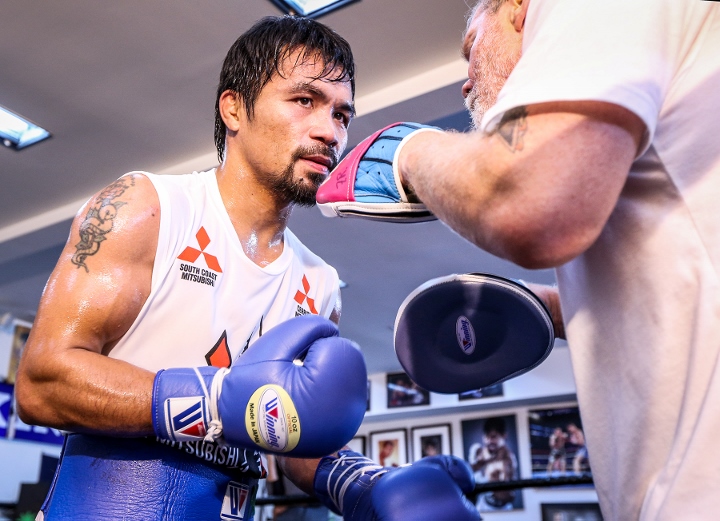 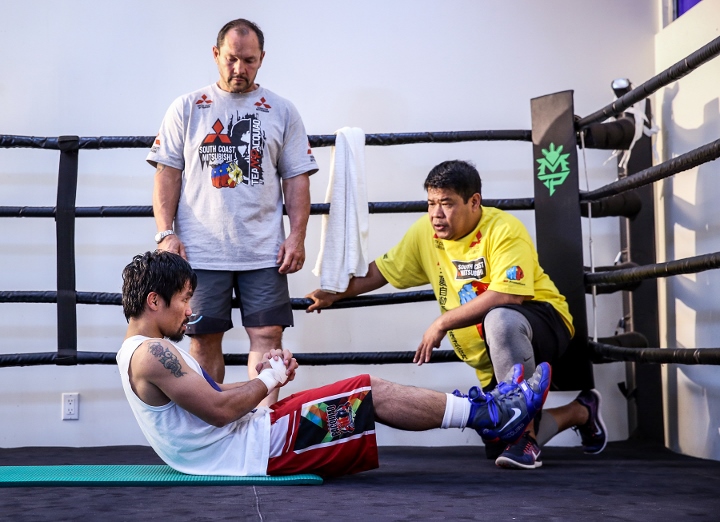