Devin Haney can take a giant leap towards World title glory when he faces fellow unbeaten star Zaur Abdullaev for the WBC Interim World Lightweight title on Friday September 13 at the Hulu Theater in Madison Square Garden, New York, live on DAZN in the US and on Sky Sports in the UK. (photos by Ed Mulholland)

Haney (22-0 14 KOs) made an electrifying debut with Matchroom Boxing USA and DAZN in May, destroying Antonio Moran with a KO of the year contender in the seventh round of their clash in Maryland. The 20 year old fights in the Big Apple for the first time in his career and the Las Vegas native, ranked #2 with the WBC, hits Manhattan for his biggest fight yet in association with DHP Promotions and Titov Boxing. 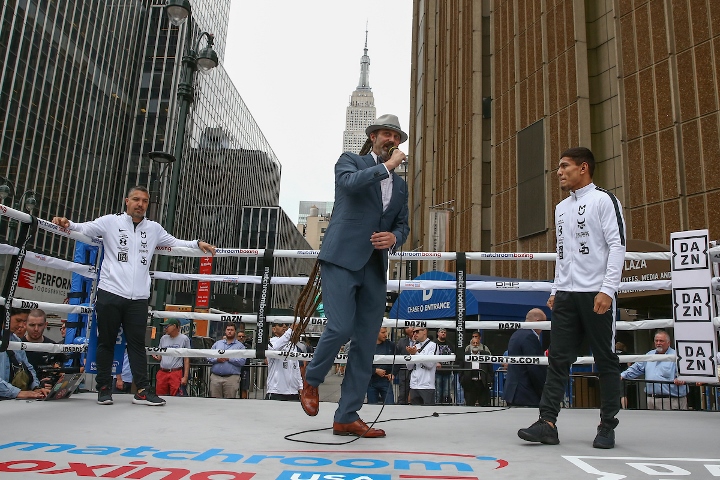 Abdullaev (11-0 7 KOs) is ranked #3 with the WBC having landed the Silver Lightweight strap in just his ninth pro outing in April 2018, and the highly rated and dangerous Russian registered his 11th pro win and seventh inside the distance in February, stopping Humberto Martinez in Ekaterinburg, and now fights outside his homeland for the first time in his career. 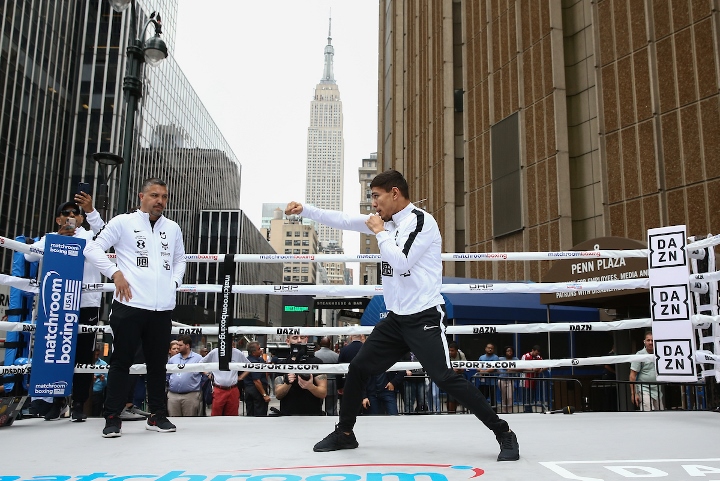 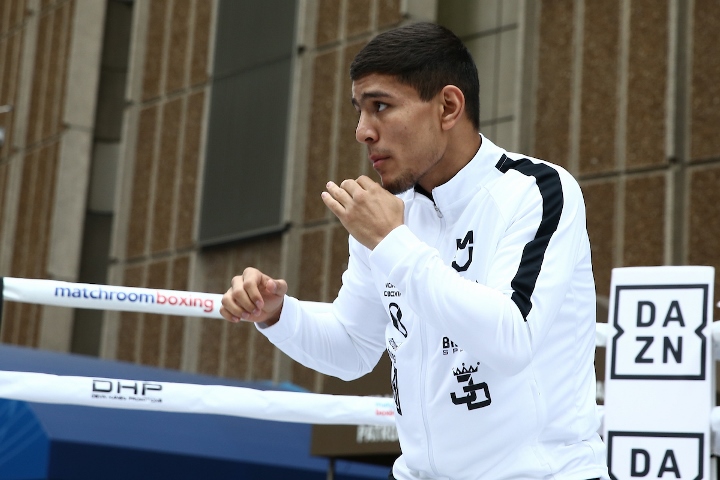 Serrano (36-1-1 27 KOs) conquered her seventh weight class at the Hulu Theater in title in January when the Puerto Rican destroyed Eva Voraberger inside the opening round to claim the vacant WBO Super-Flyweight title. 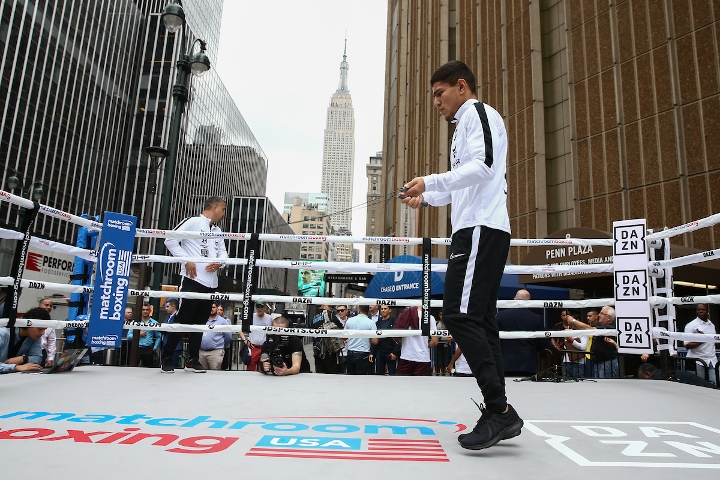 Serrano held the WBO Featherweight strap in 2016 before vacating it then her sister Cindy picked it up later that year. Hardy (22-0 4 KOs) was next in line to win the vacant title in October in a rematch against Shelley Vincent in the Hulu Theater. Hardy put boxing on hold to return to MMA in June with an outing at Bellator 222 at Madison Square Garden but returns to boxing to go head-to-head with her fellow Brooklynite. 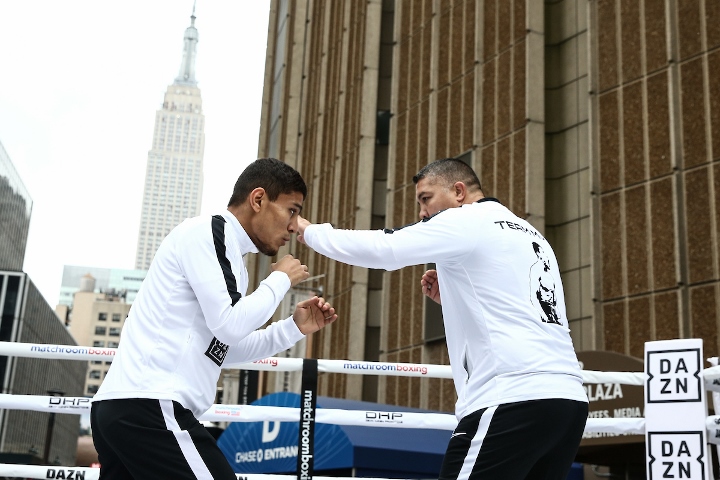 The Heavyweight landscape remains a hot one and there’s a great 50-50 clash on the card as Michael Hunter challenges Sergey Kuzmin for the WBA Intercontinental title. Hunter (17-1 12 KOs) holds the International strap with the WBA having KO’d Alexander Ustinov in Monte Carlo in November and defended that with a second round KO of Fabio Maldonado in Maryland in May. The 31 year old is rapidly rising in the rankings and can take a huge leap towards World title action with a win but faces a crunch challenge in the form of Kuzmin (15-0 11 KOs). 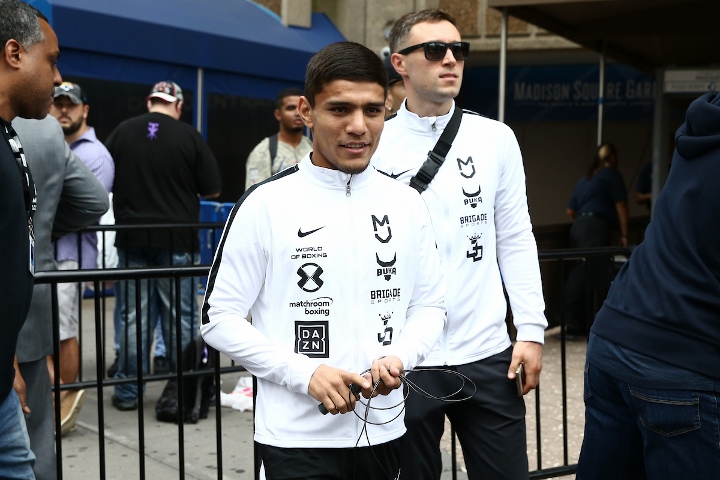 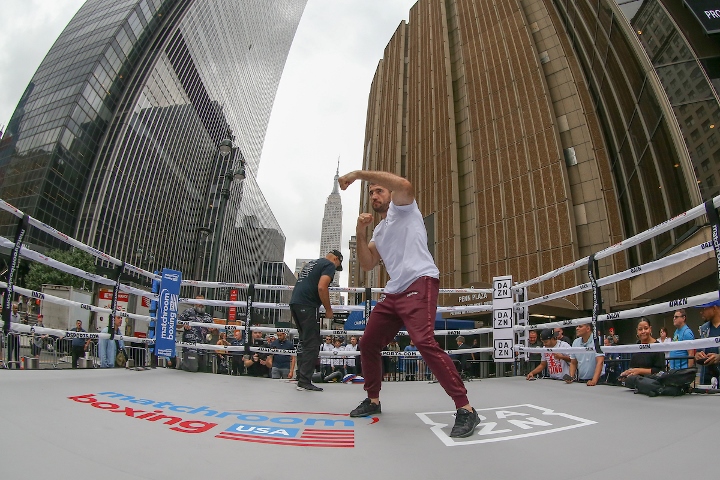 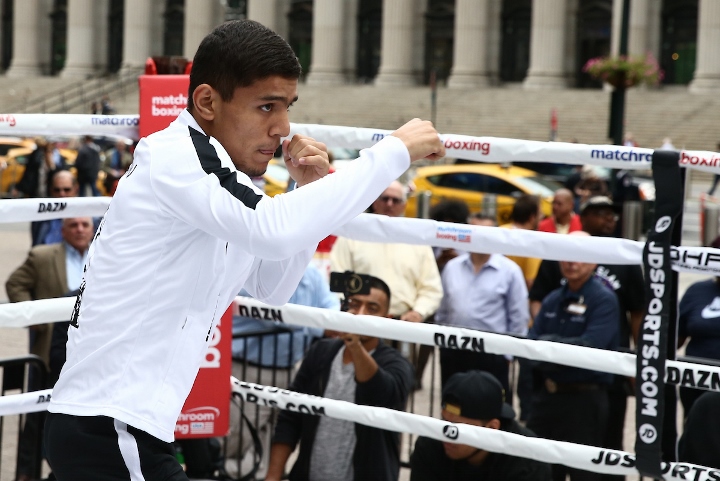 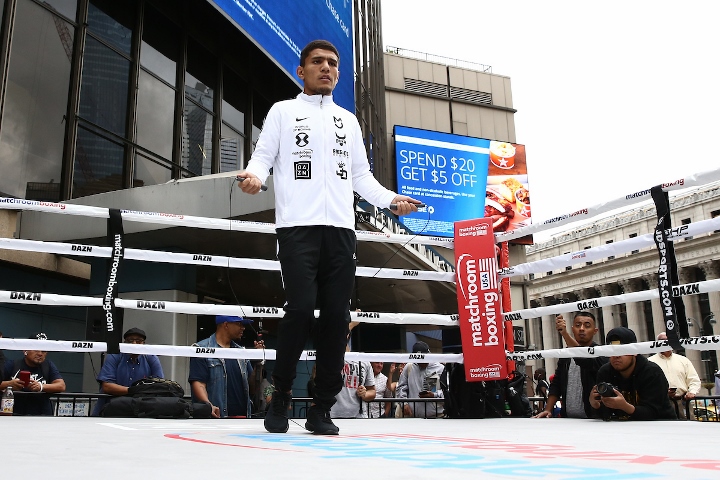 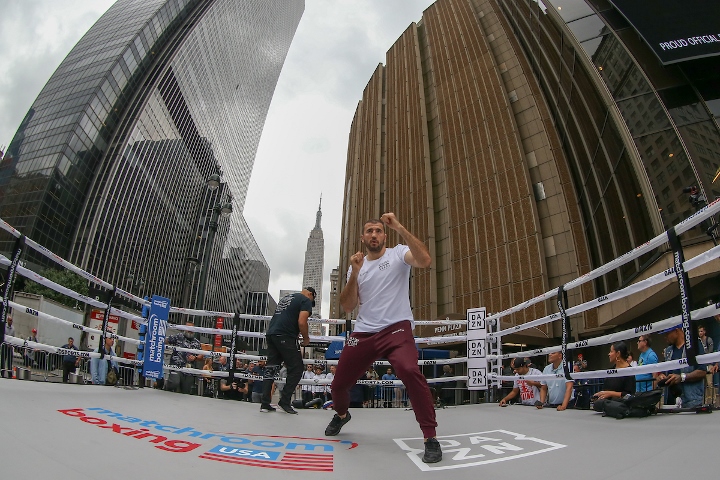 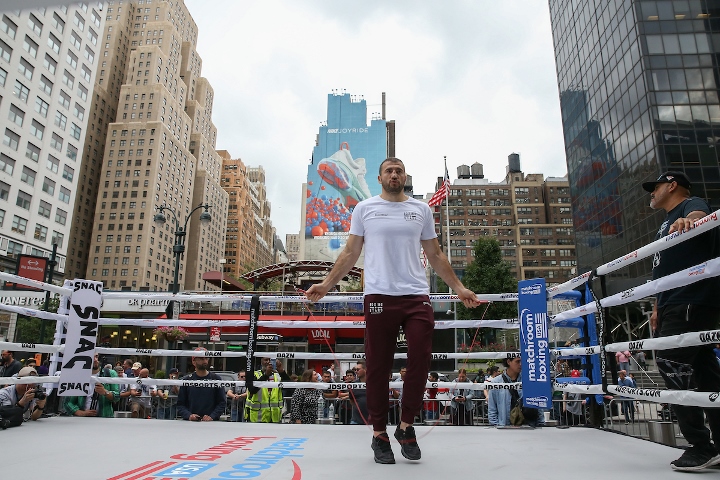 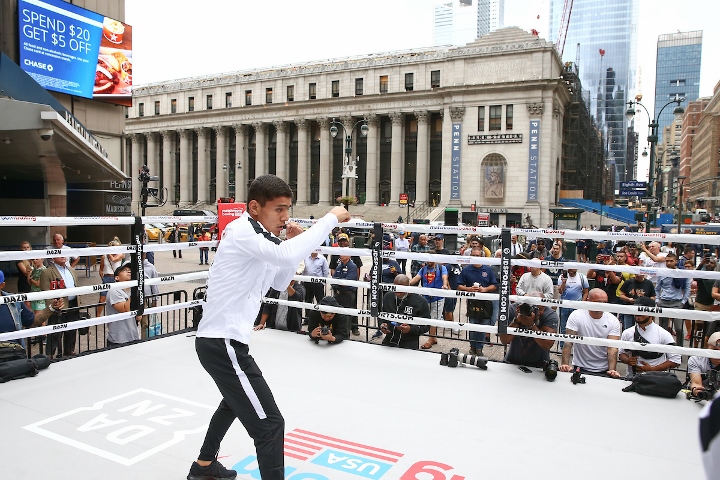 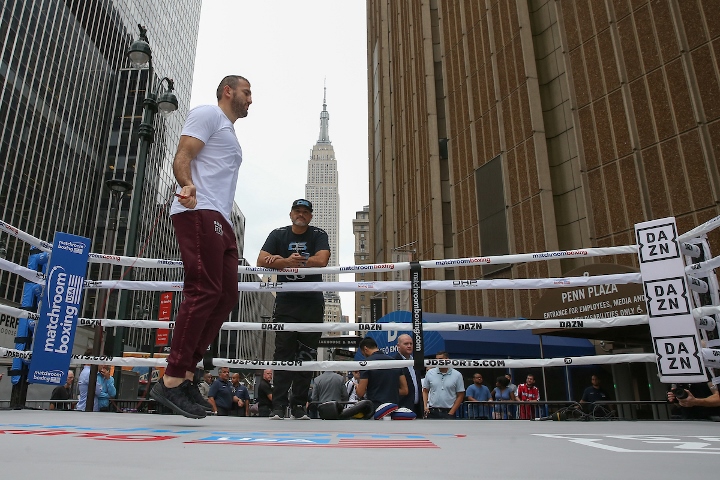 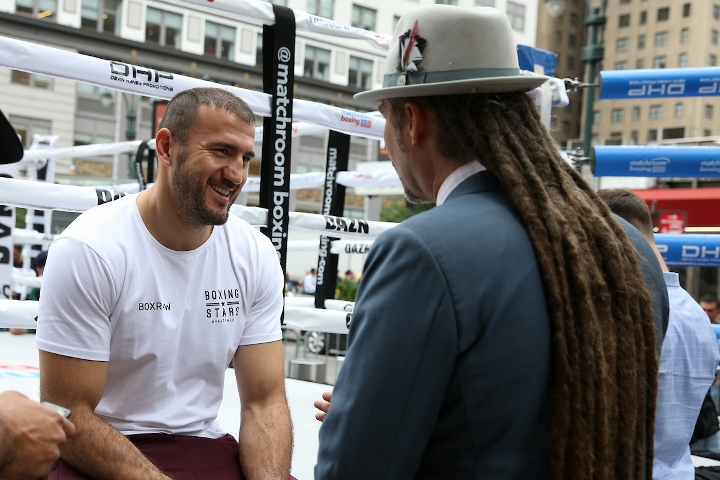 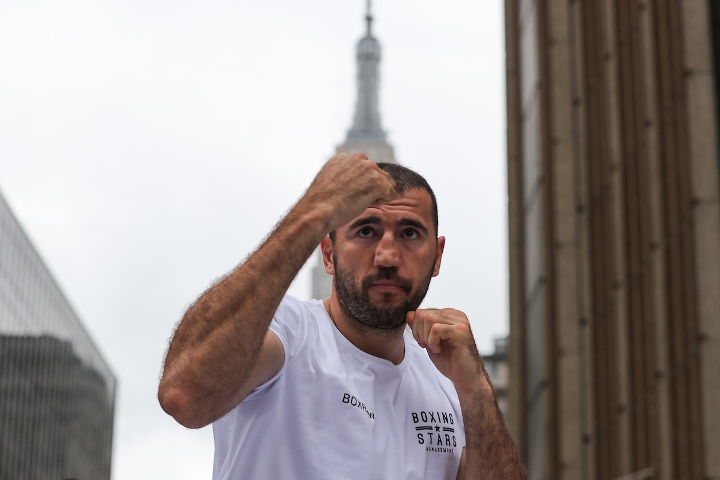 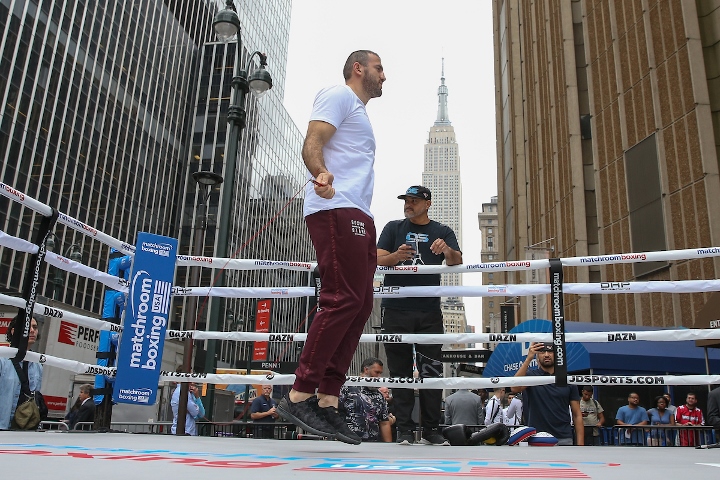 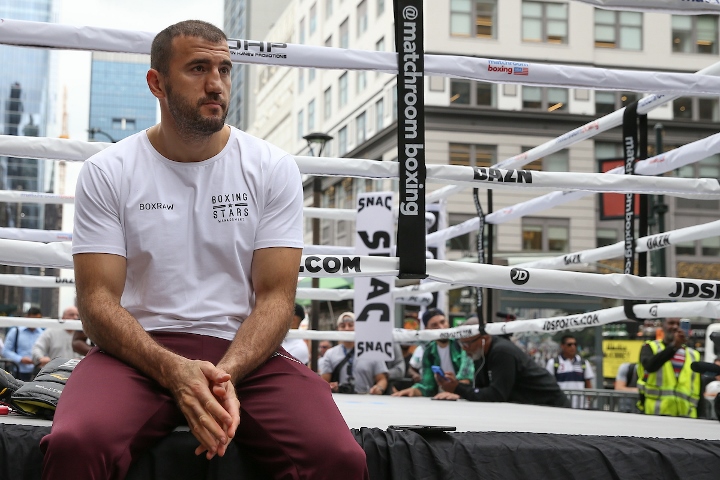 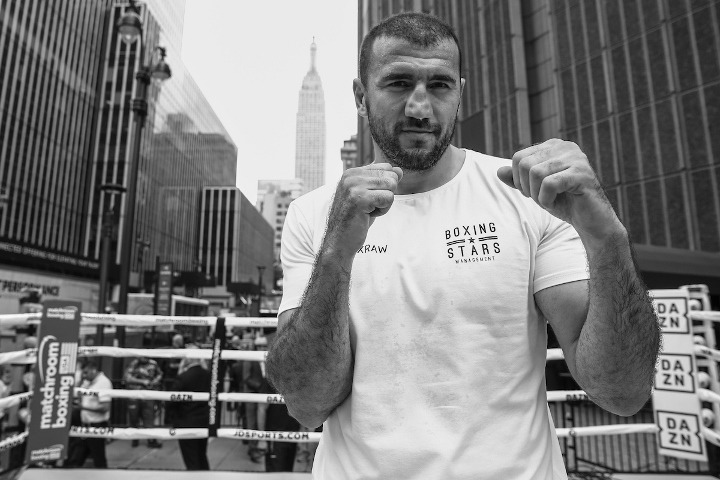 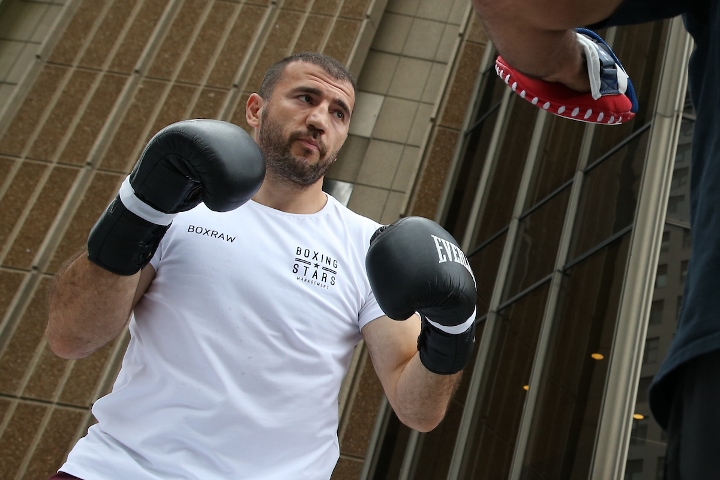 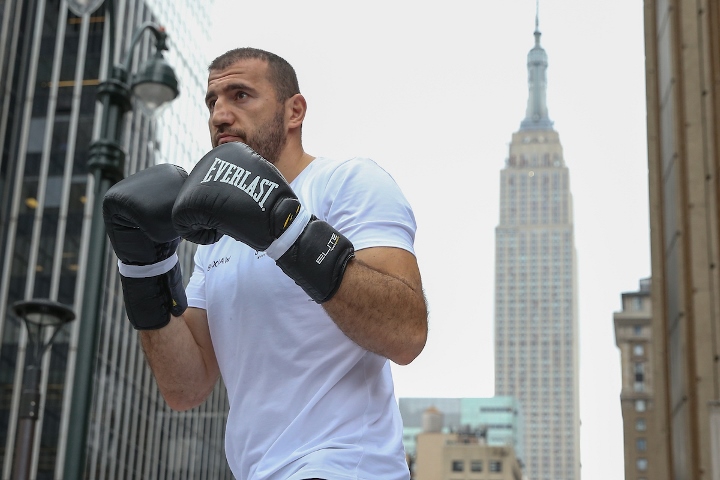 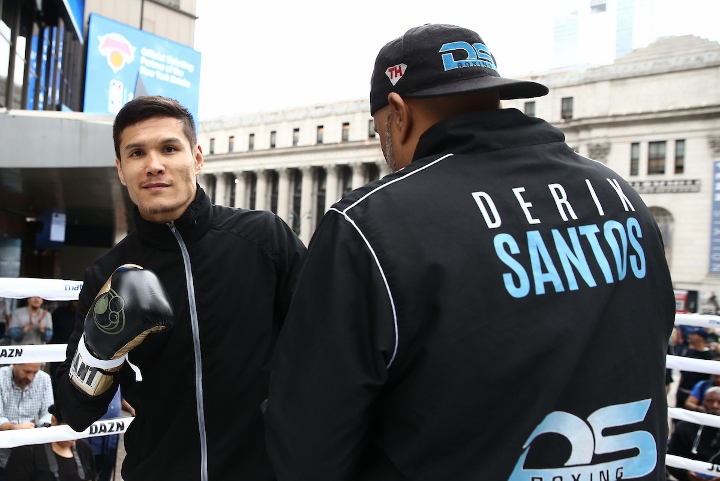 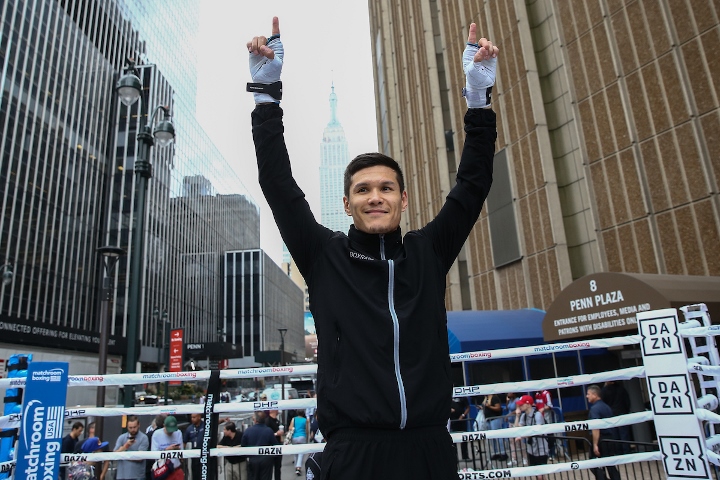 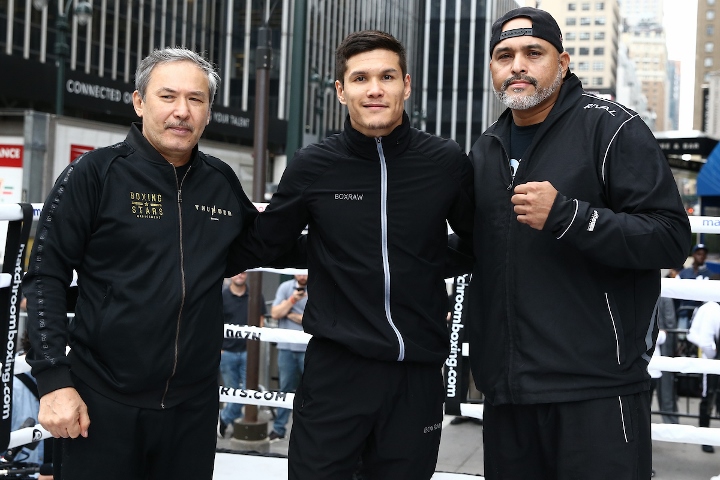 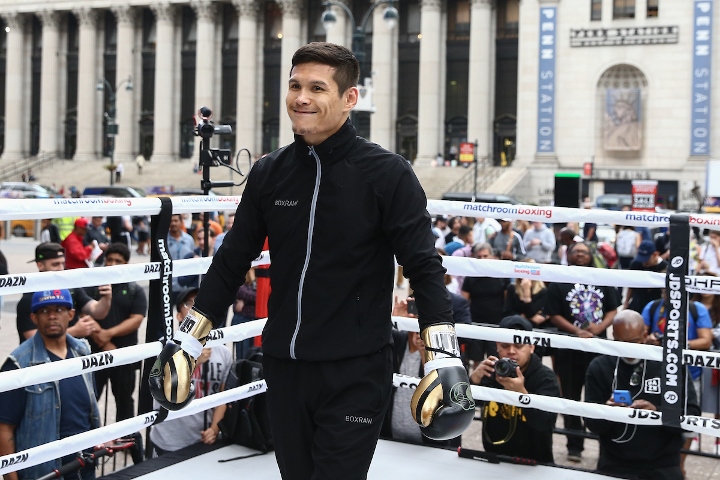 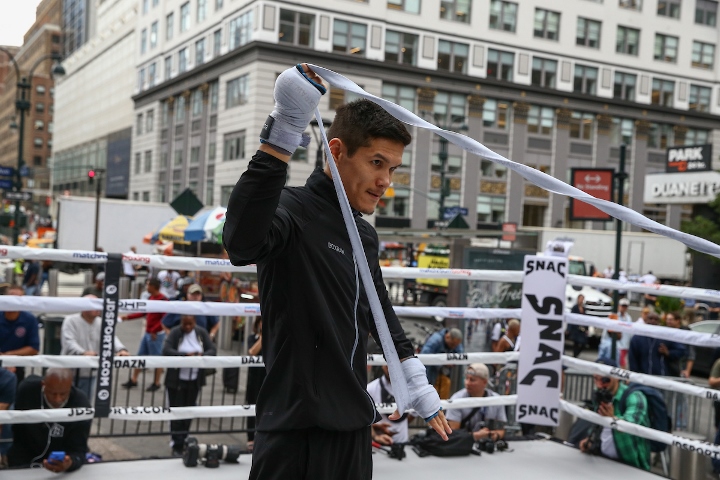 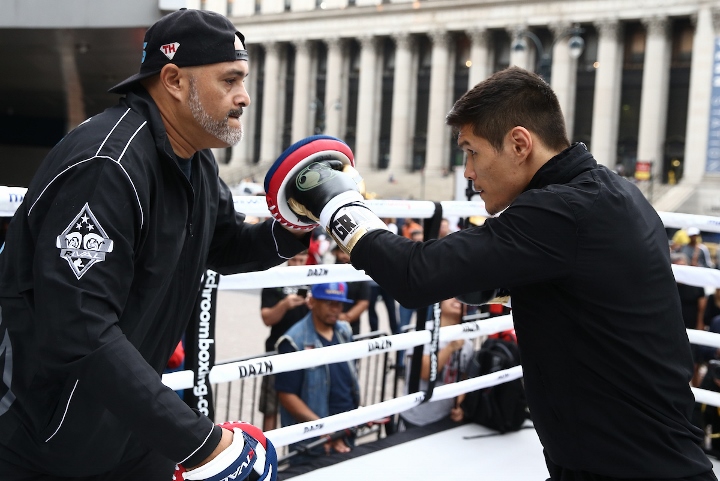 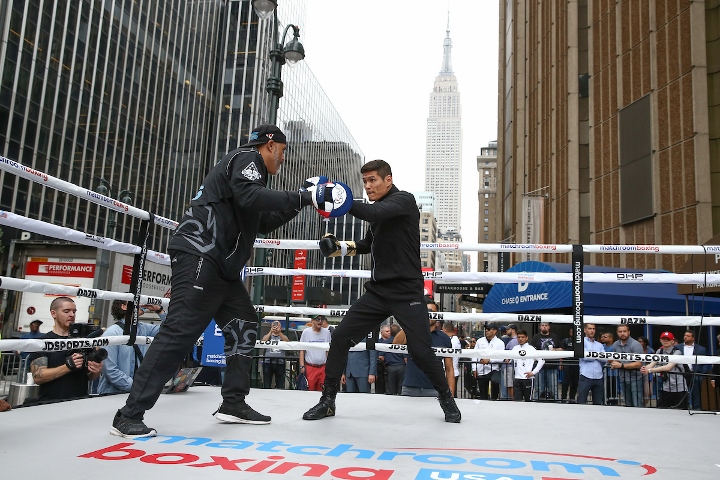 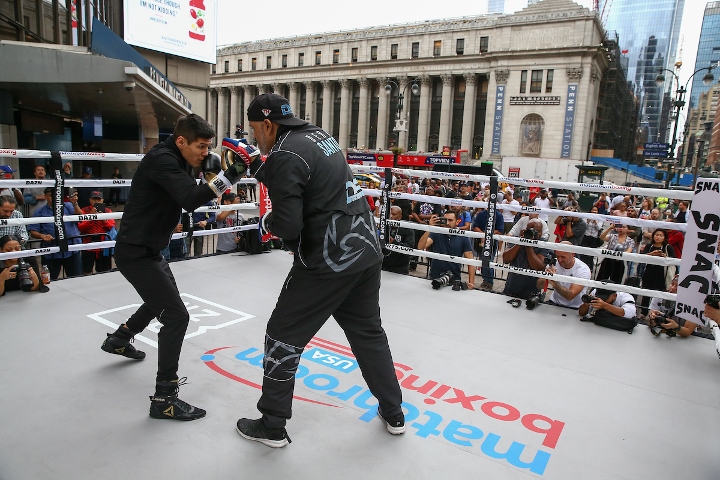 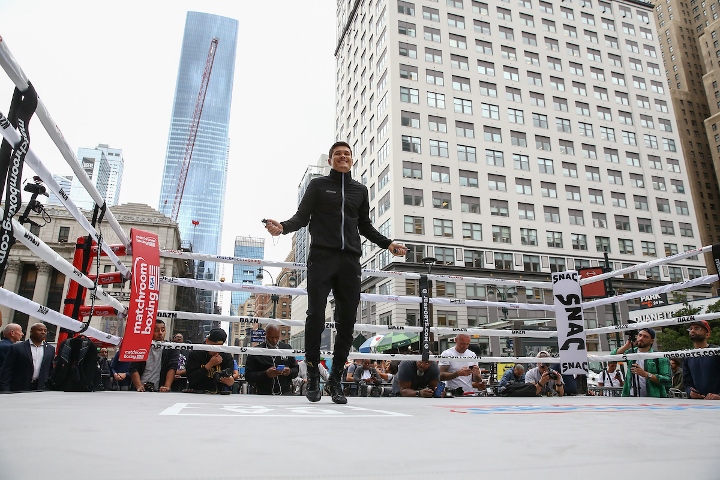