Okolie started the fight by boxing well from the distance and working behind his long jab. Glowacki was being kept at range and unable to get inside to do any damage. 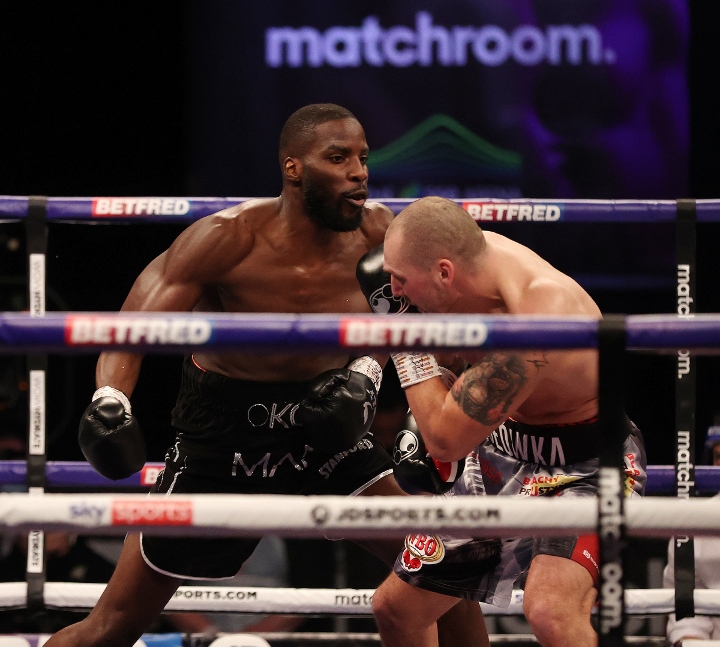 Okolie began to let his hands go and connect in the fourth round, with Glowacki not doing much in return. He was cut above the right eye and taking punishment. 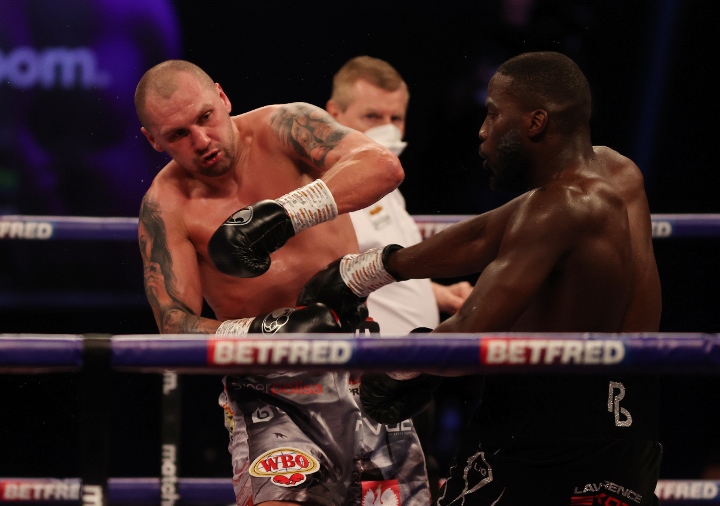 In the sixth round, Okolie landed a big right hand that flattened Glowacki. He barely beat the count and the fight was waved off as Glowacki was on unsteady legs. 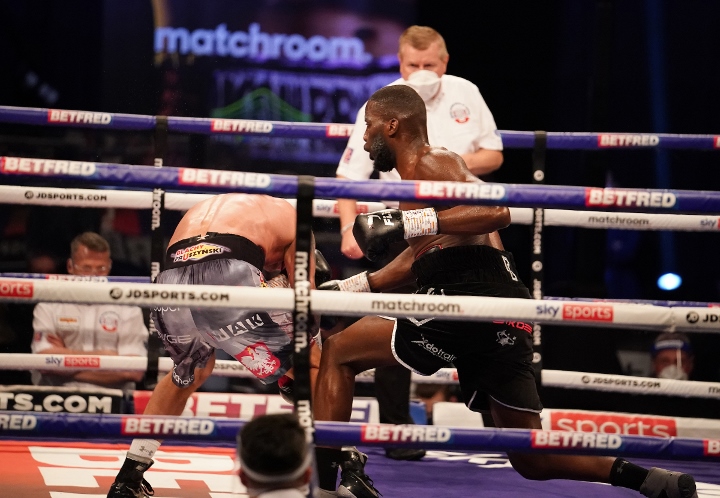 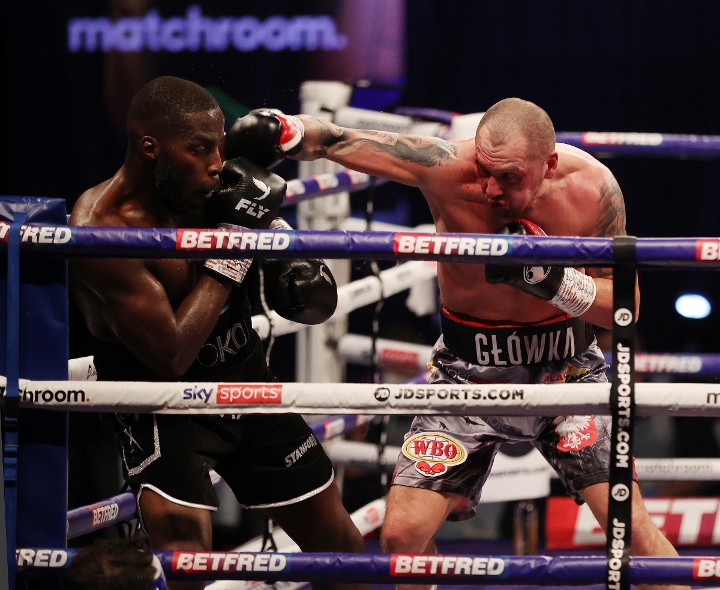 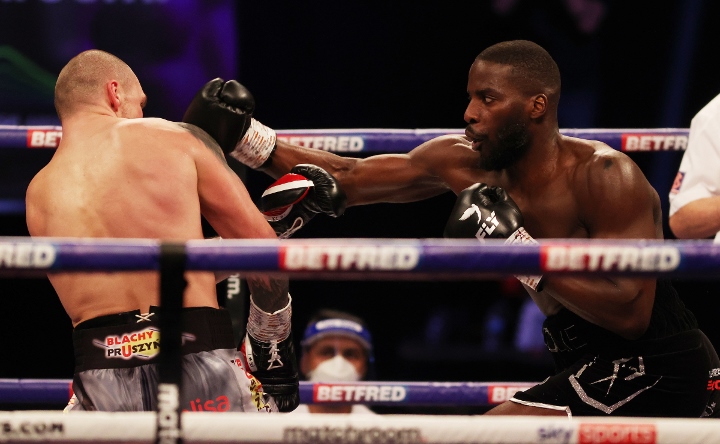 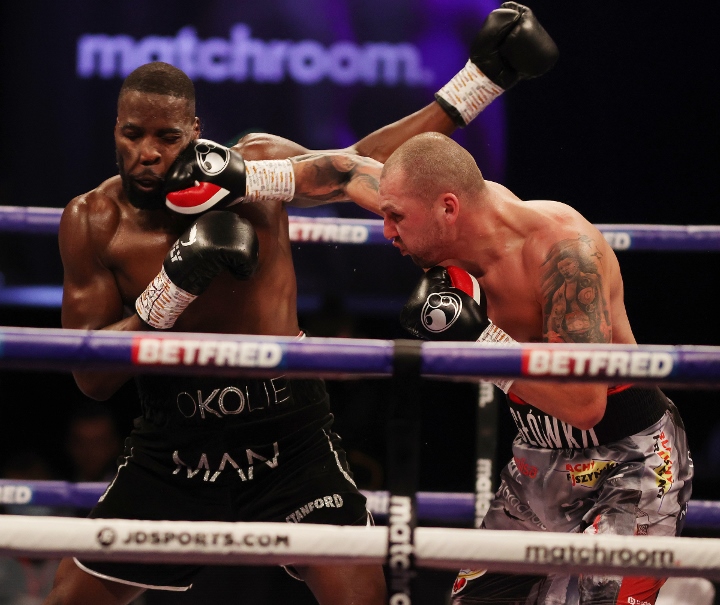 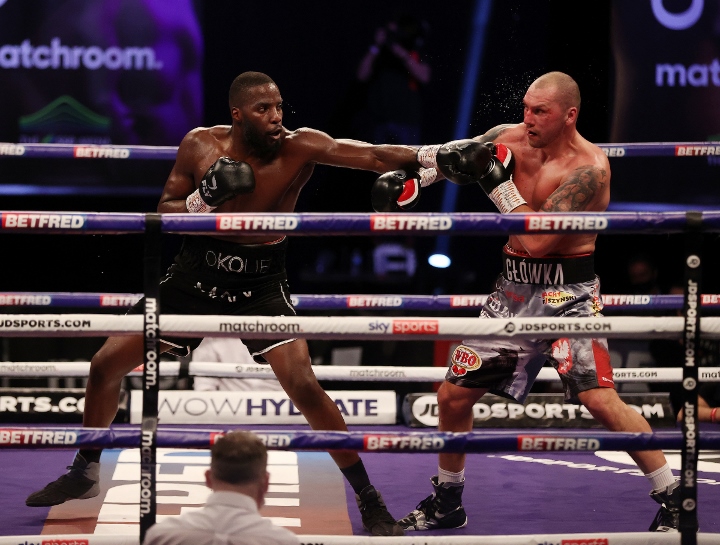 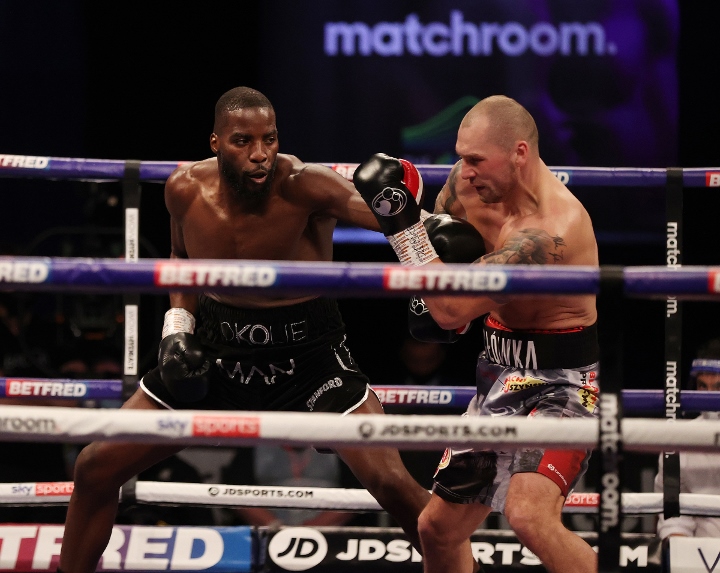 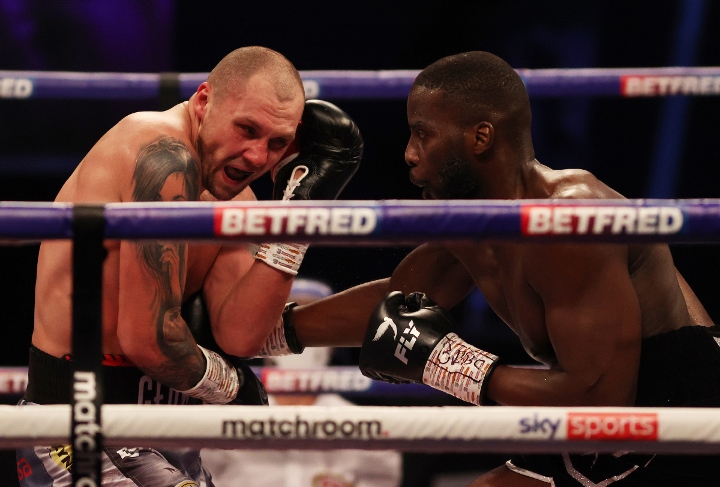 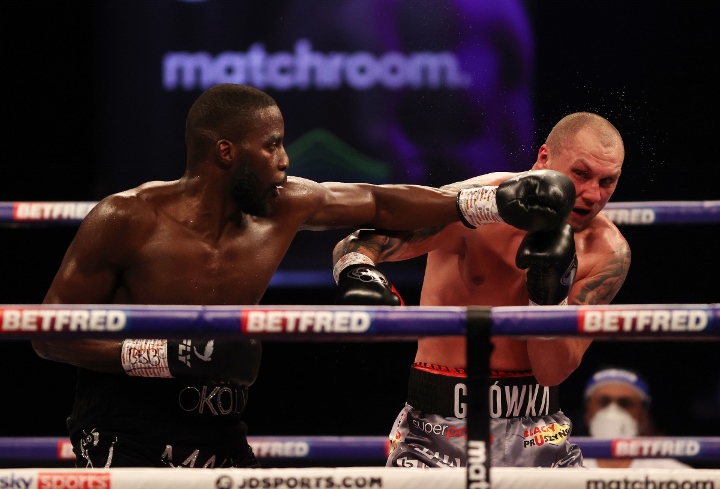 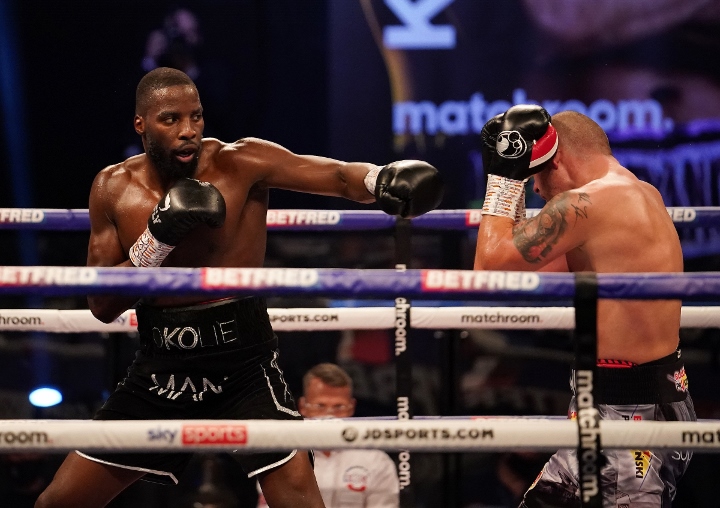 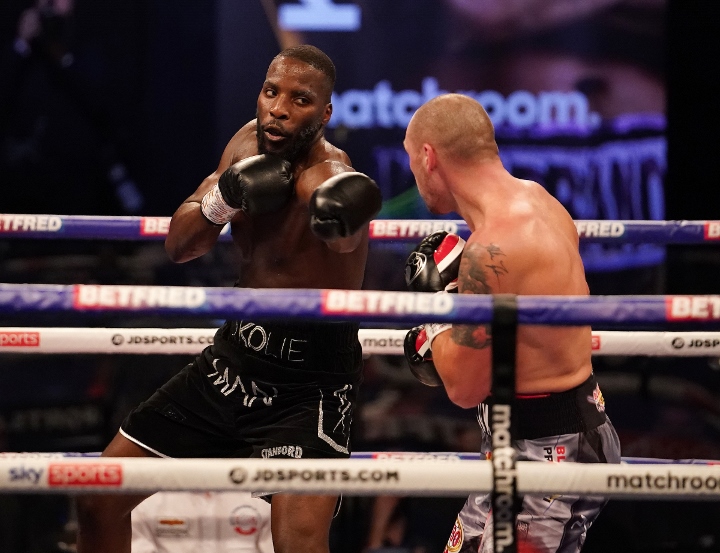 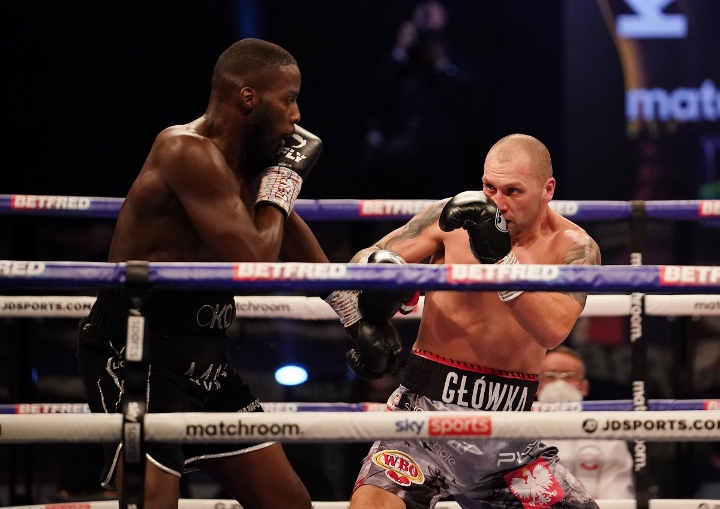 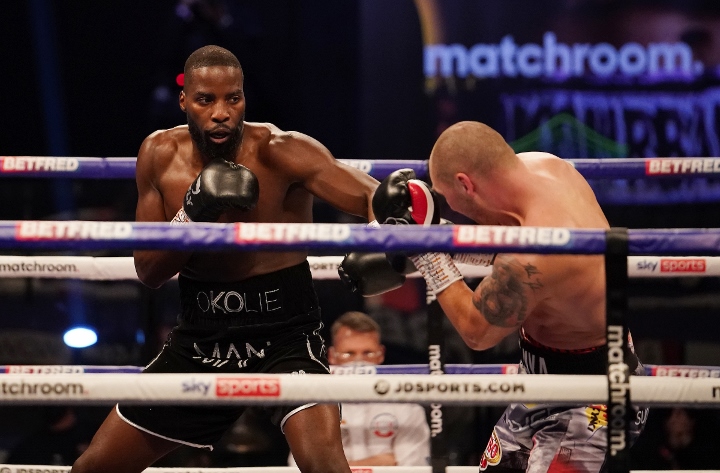 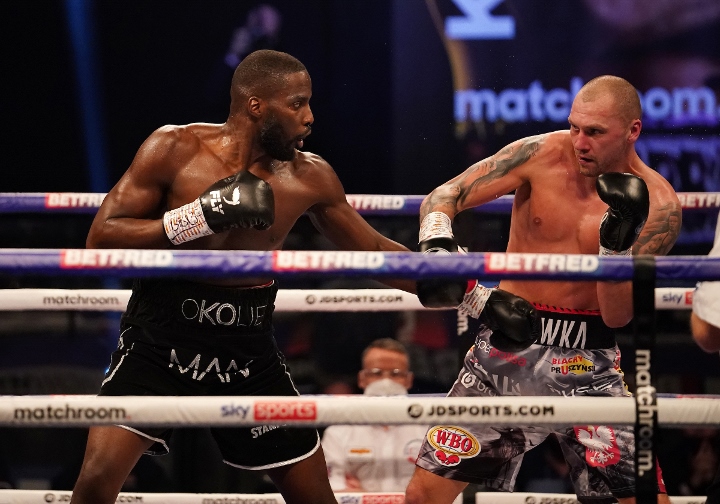 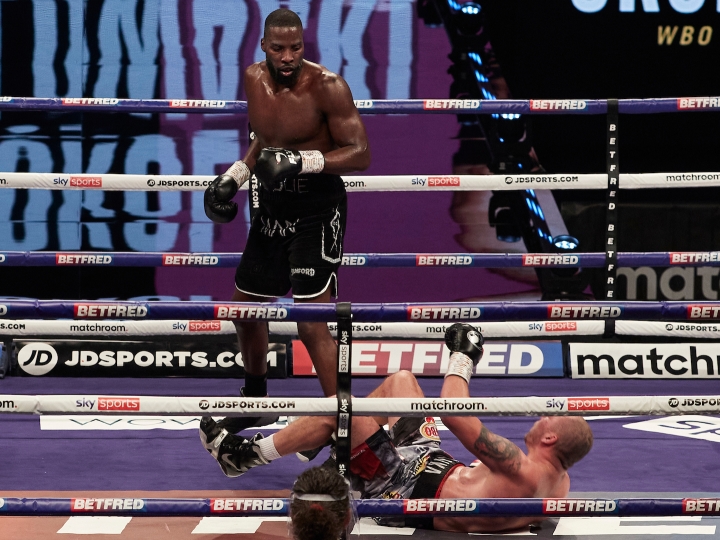 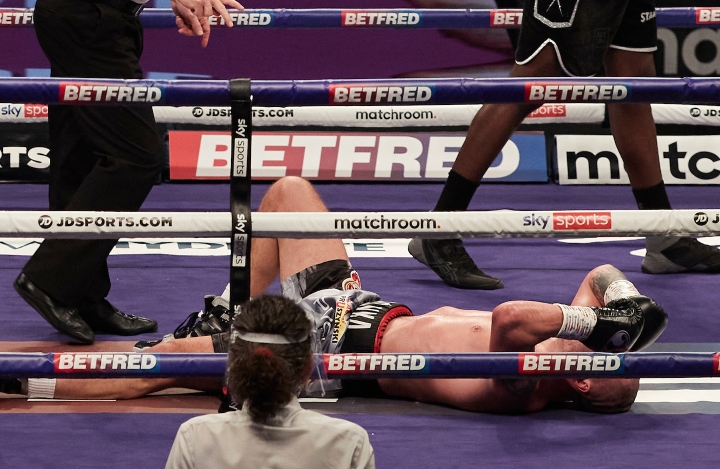 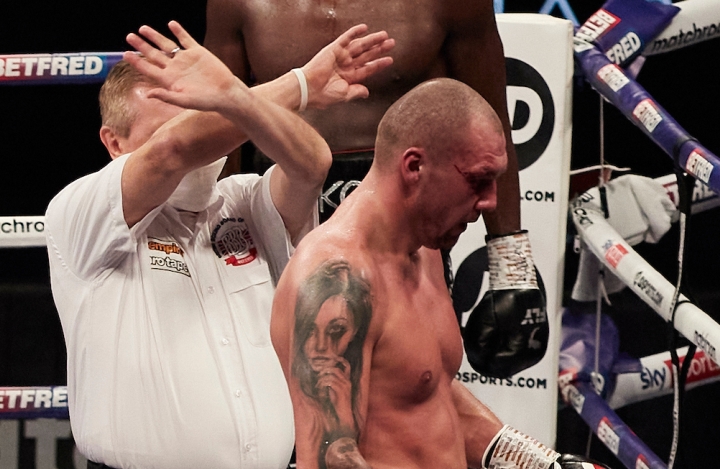 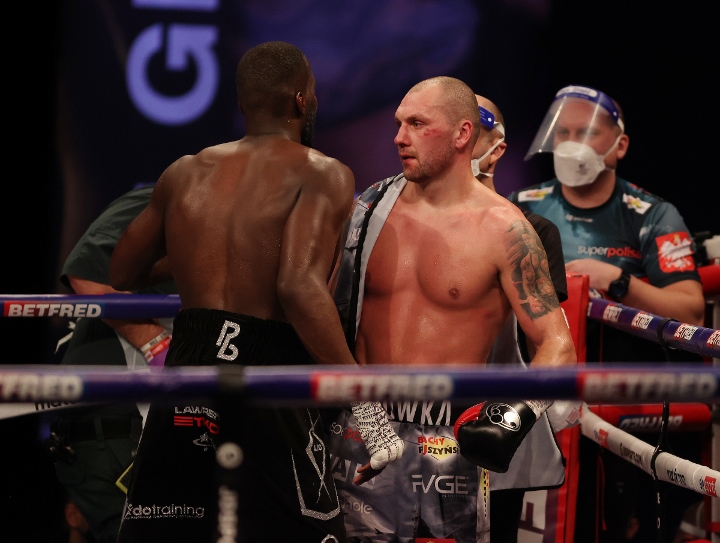 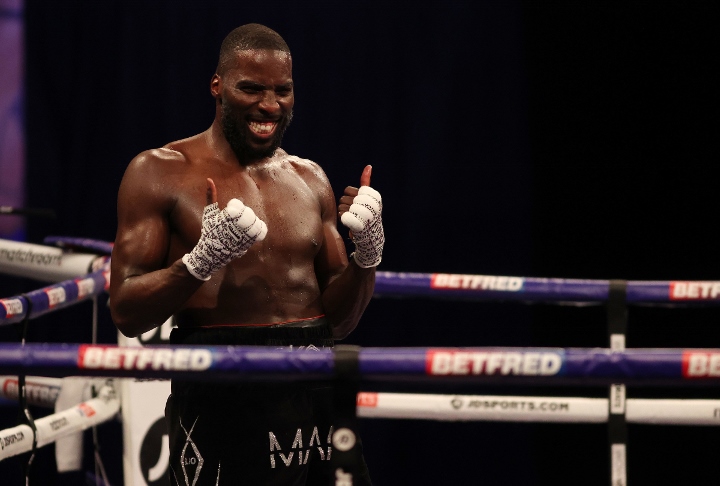 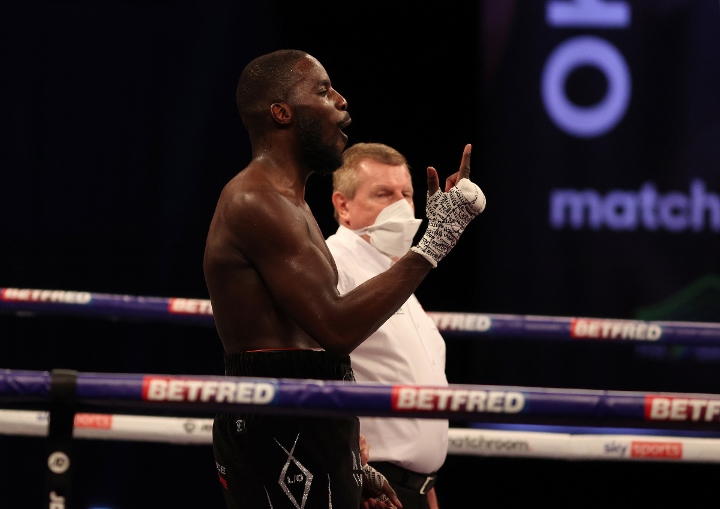 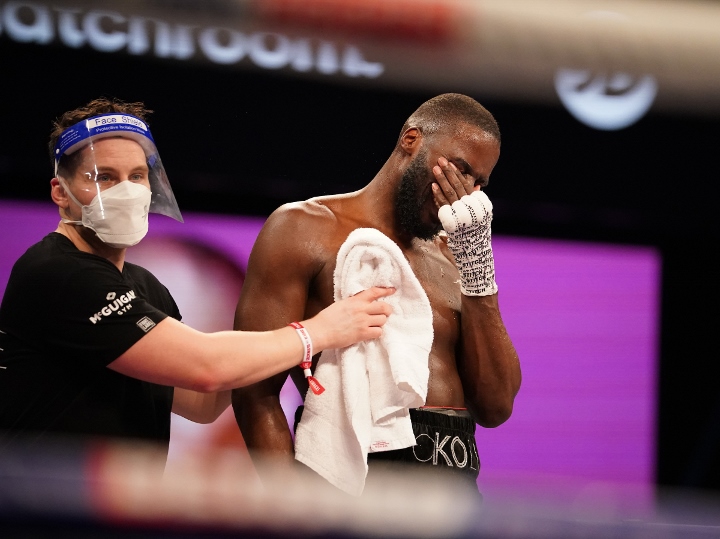 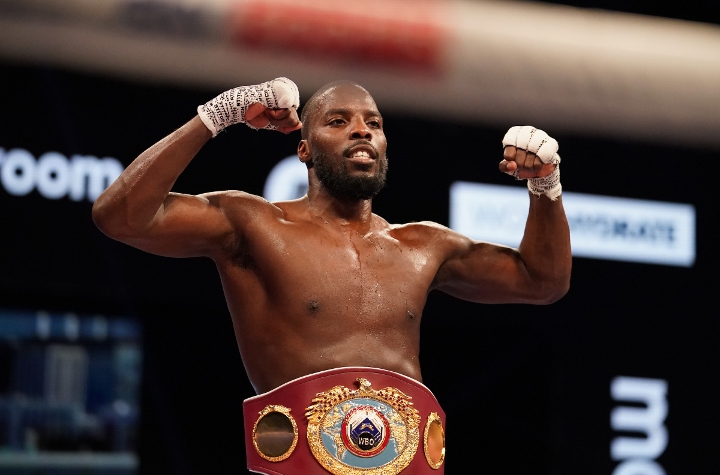 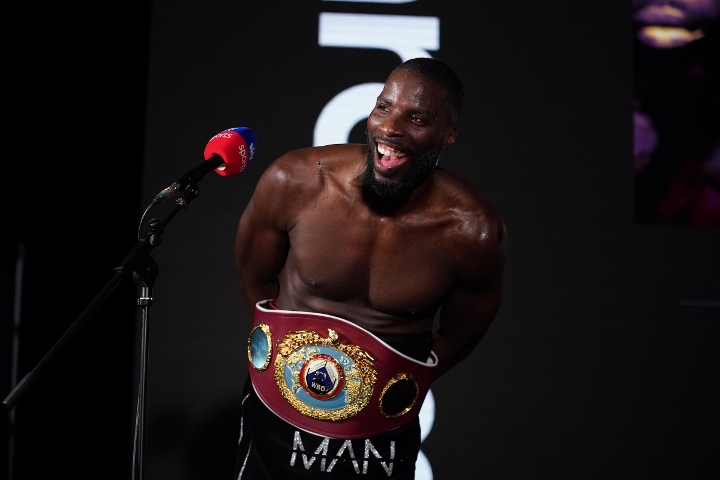 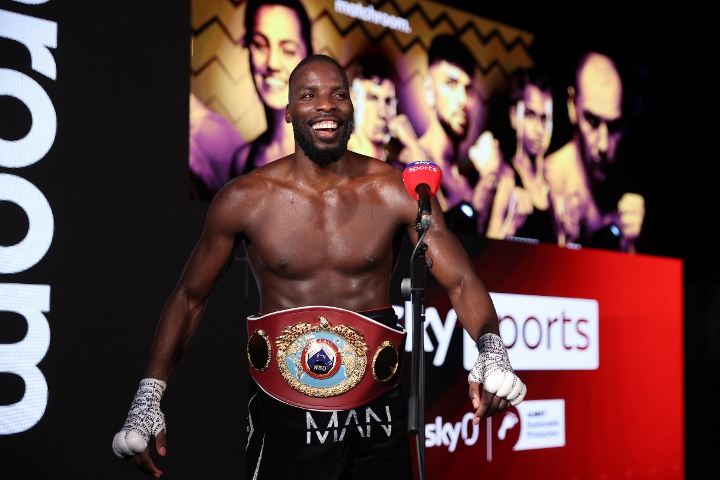