The fight was initially a bout between Okolie and Krzysztof Glowacki for the vacant WBO world title. Last-minute changes were required when Glowacki fell out after testing positive for COVID-19. 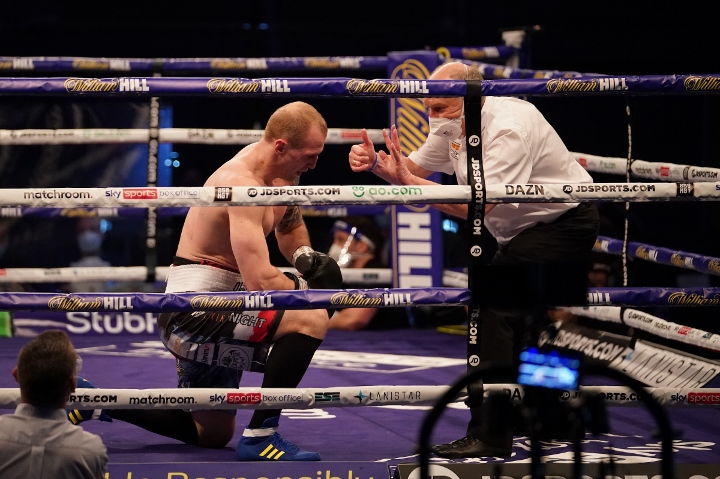 Okolie came out pushing the pace, working the jab and coming forward. He was much bigger than Jezewski. A hard body shot made Jezewski go down to a knee for a quick knockdown. A moment later, Jezewski was rocked bad from a shot to the temple and somehow stayed on his feet. Okolie then dropped him for a second time with another hard combination of shots. 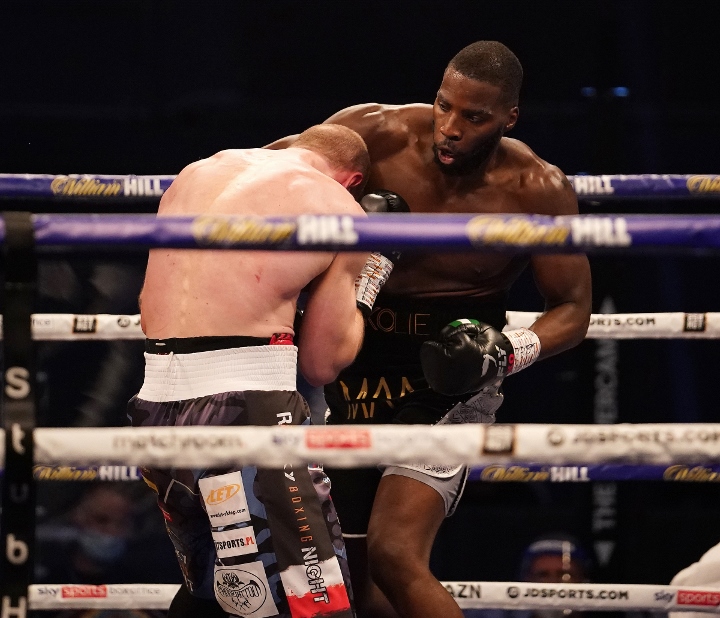 In the second, Jezewski was still not 100% as Okolie was dominating the action with the hard punches and accurate work. A big hook dropped Jezewski for a third time. He barely made it up to his feet and the contest was waved off by the referee. 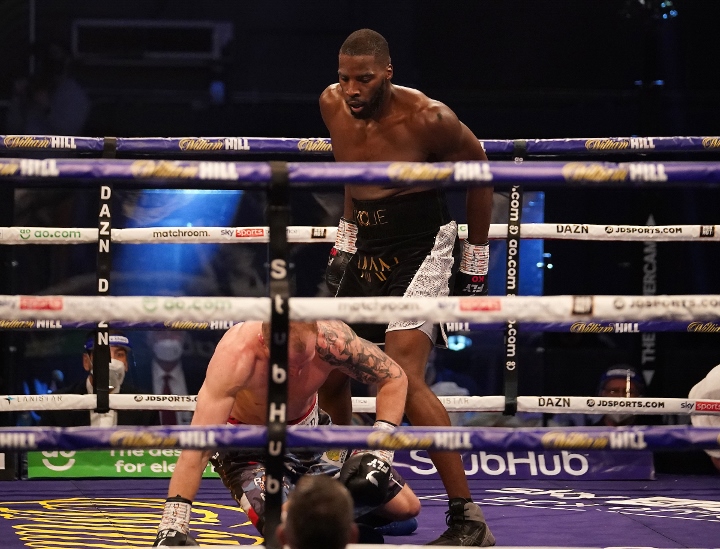 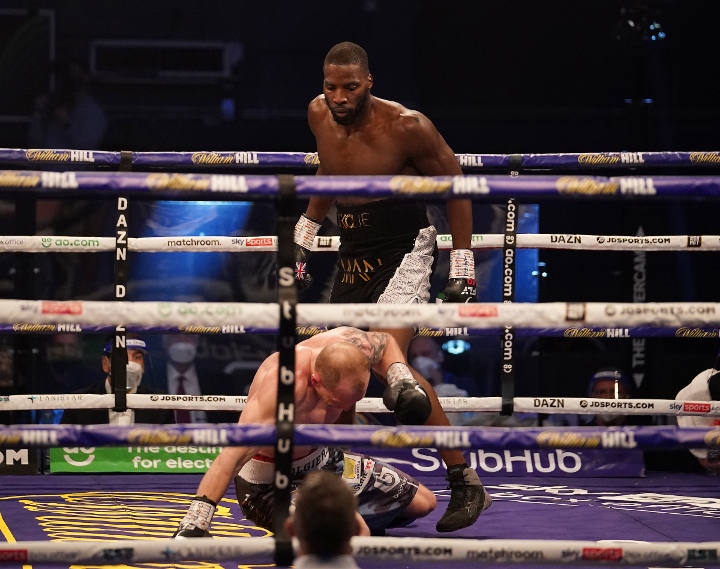 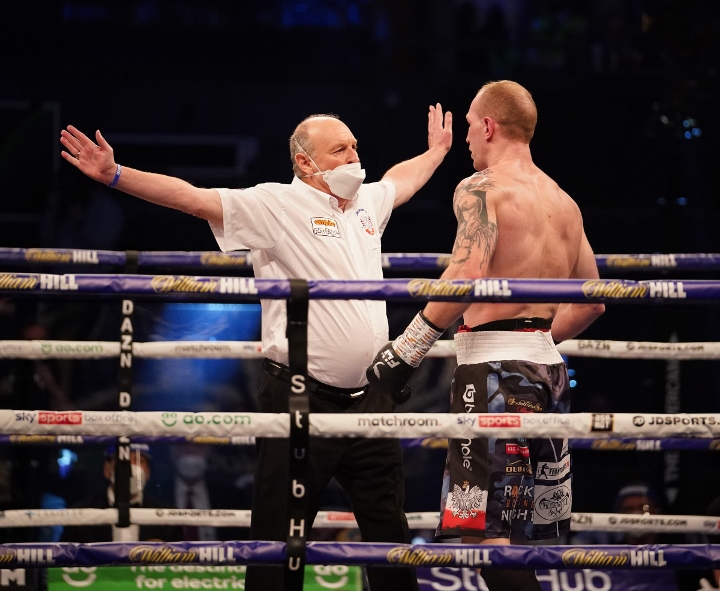 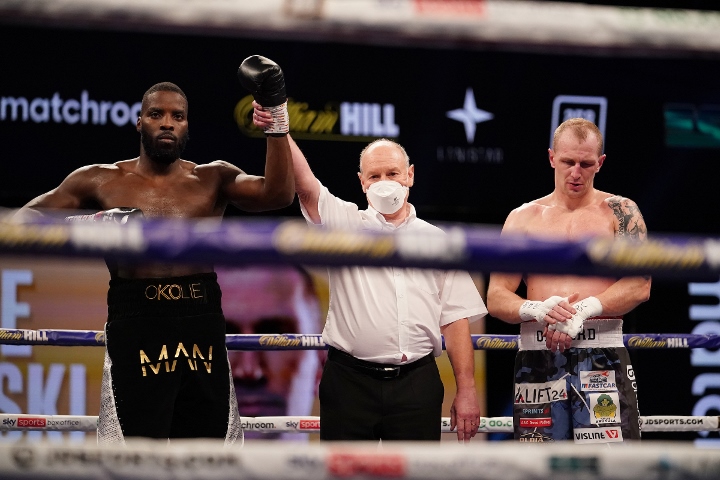 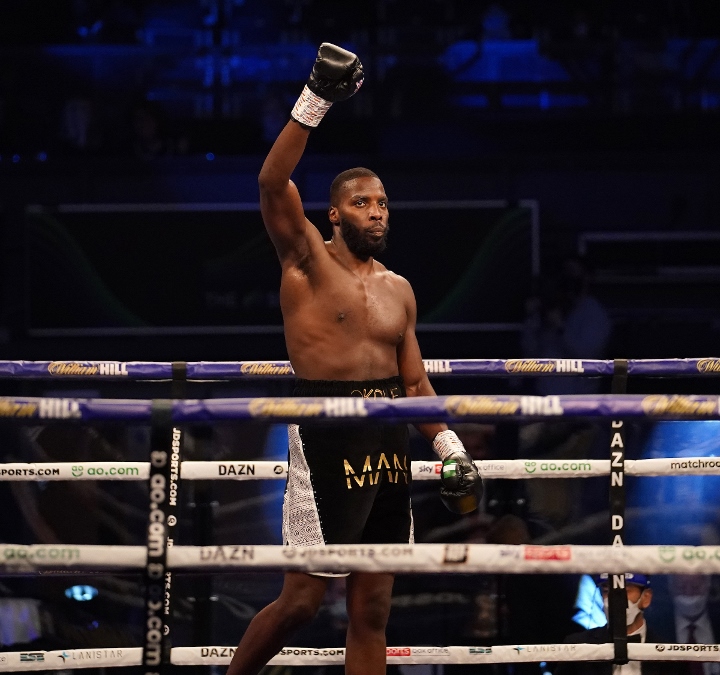