They started fast, with both throwing quick punches. Okolie was landing the harder punches. There was a lot of holding when they got in close. Okolie was jabbing from the distance in the second, looking to follow up with his big right hand. Prasovic landed a big left, but Okolie came back with a few shots of his own. Okolie then landed a combination, that began with a big right, which put Prasovic down against the ropes. Prasovic beat the count and was able to survive the round. 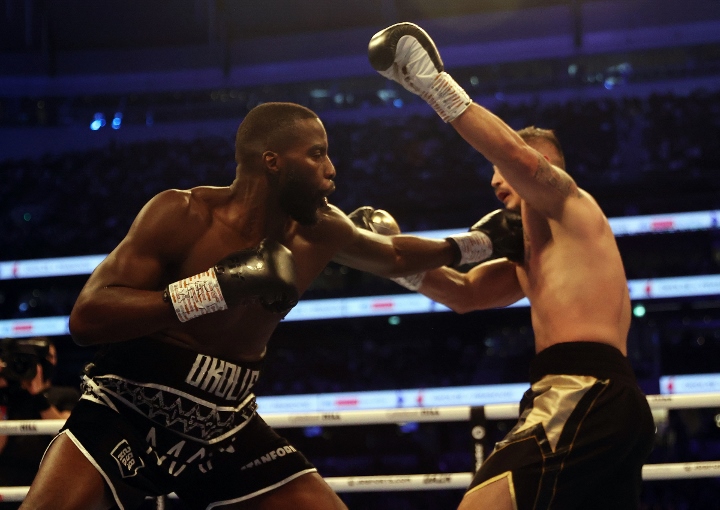 In the third, Prasovic began with a good hook. A few moments later he was dropped by a hard shot to the body, and this time Pasovic was counted out. 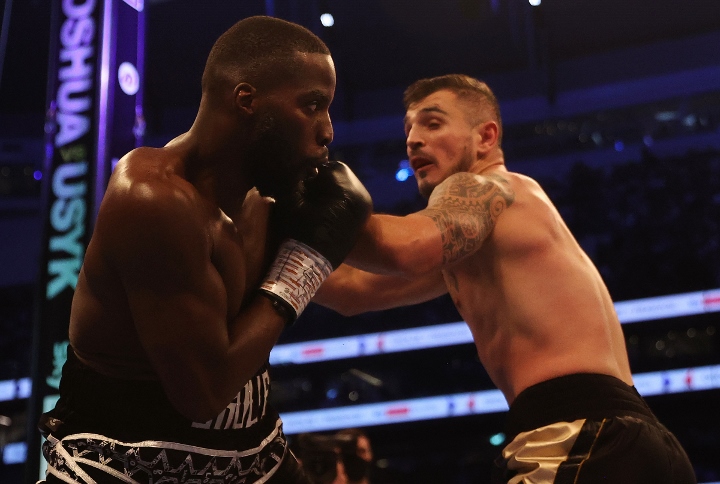 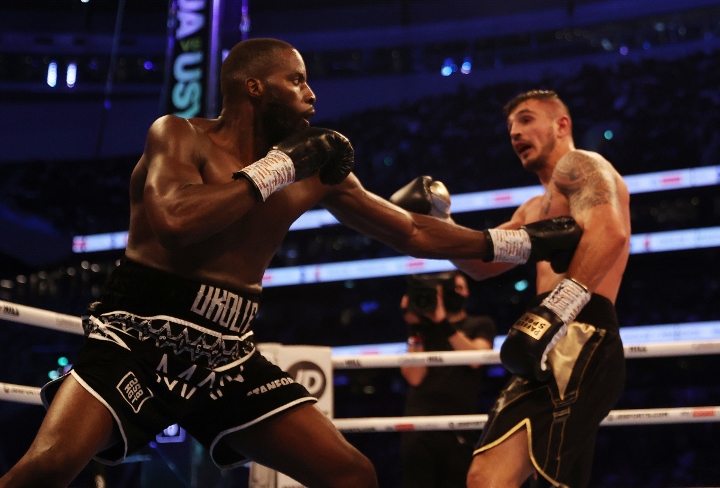 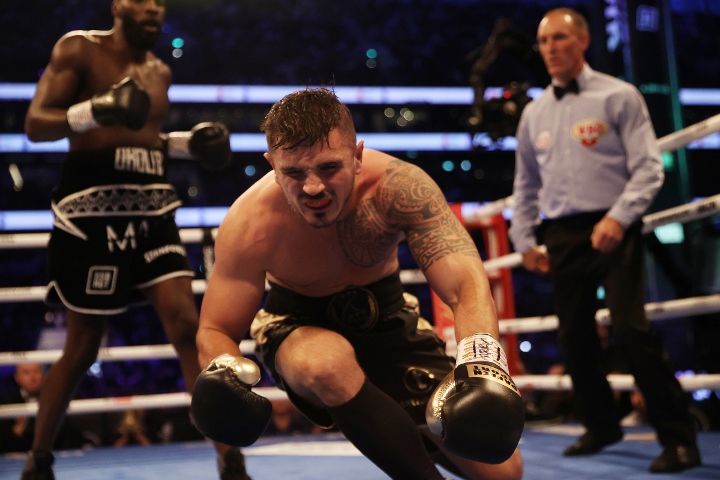 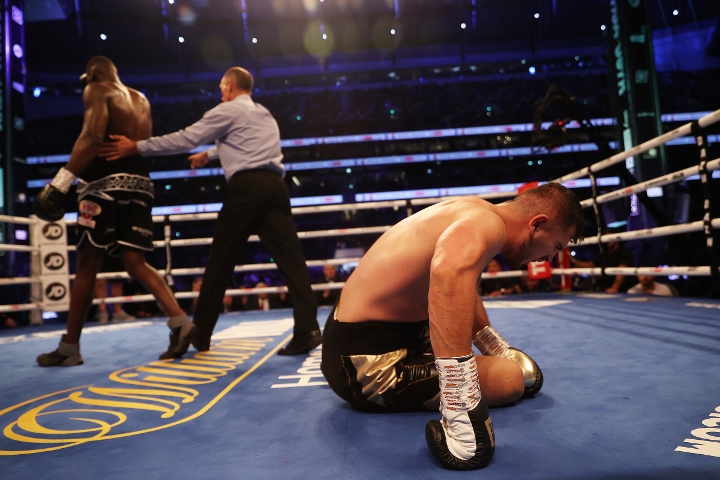 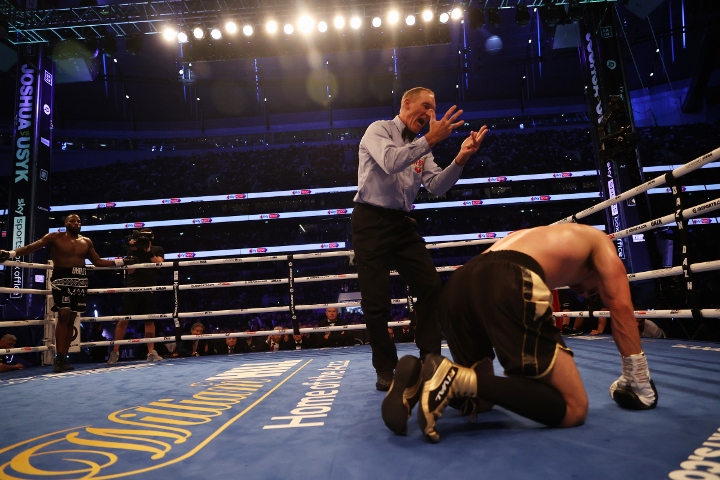 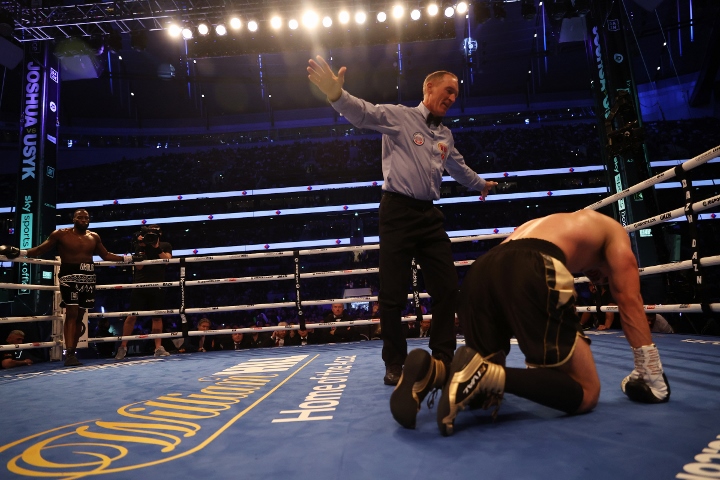 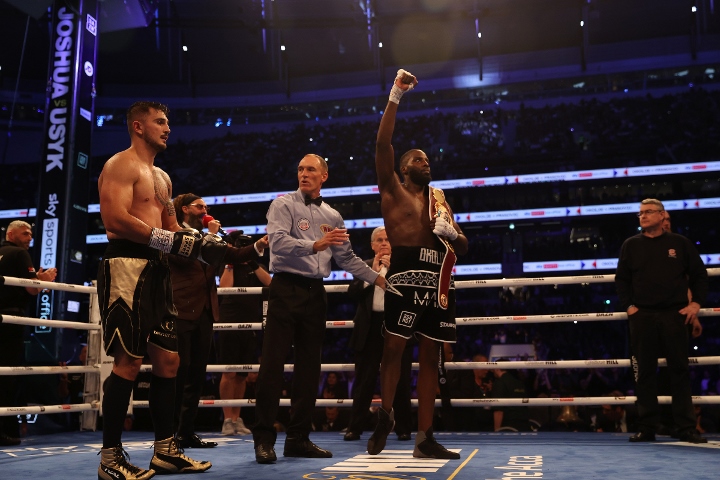 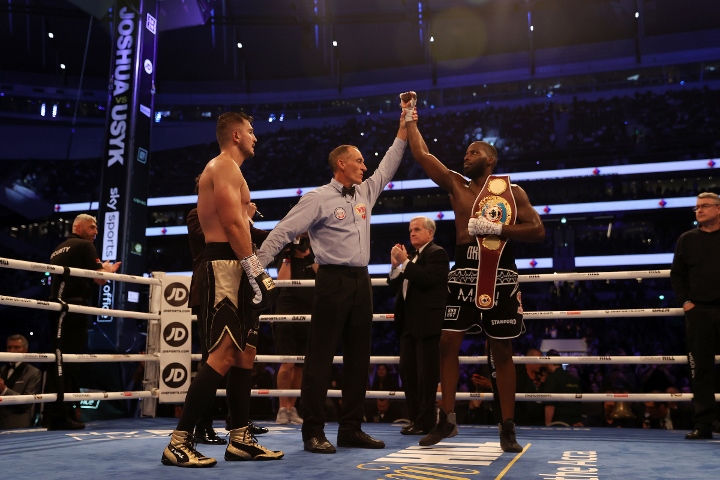 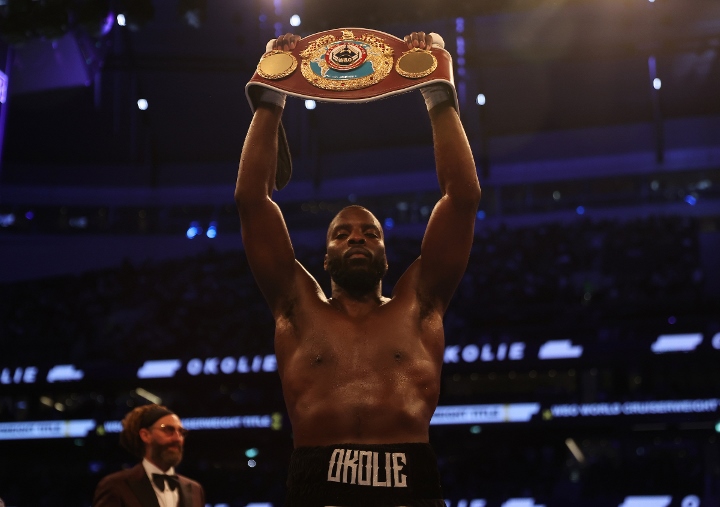 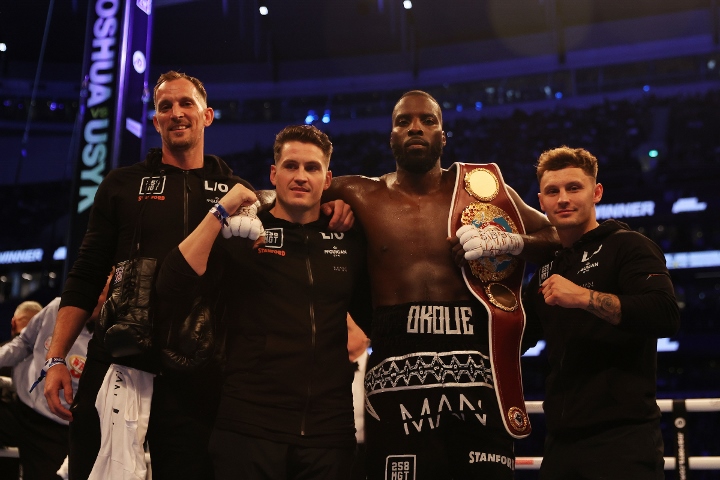 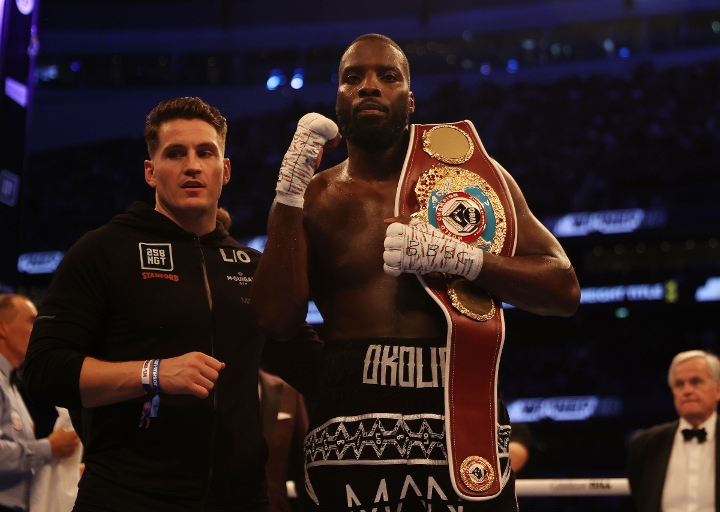 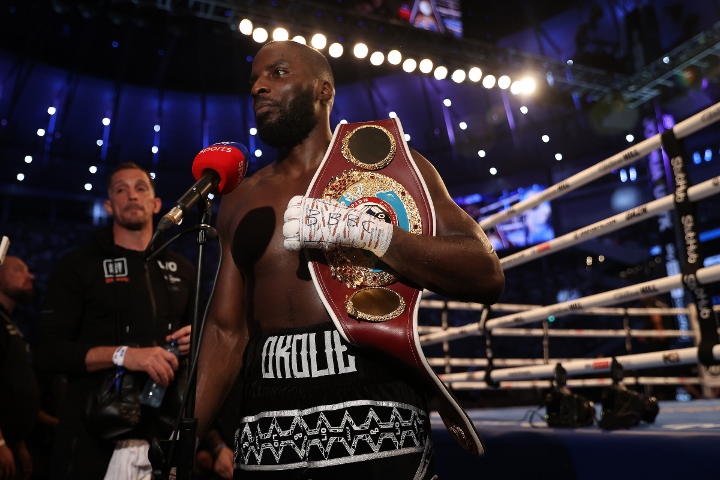