The pre-fight promotion continues to play out for the anticipated Puerto Rican grudge match.

The two two fighters are going all over Puerto Rico, meeting with school kids and sending students a message of  "put on the gloves and put down the guns."

Last October, a media frenzy was created from the aftermath of the wild scene which took place during the post-fight at the Roberto Clemente Coliseum in San Juan, Puerto Rico. 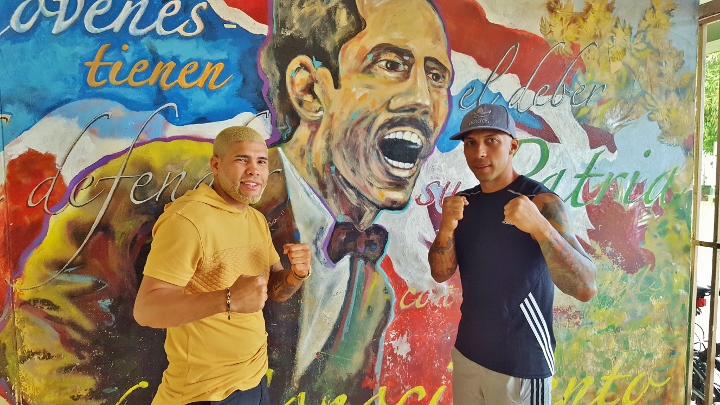 That night, a Puerto Rican grudge match that was years in the making had finally taken place, when Juanma and Vazquez Jr. snapped their respective retirements to fight each other. 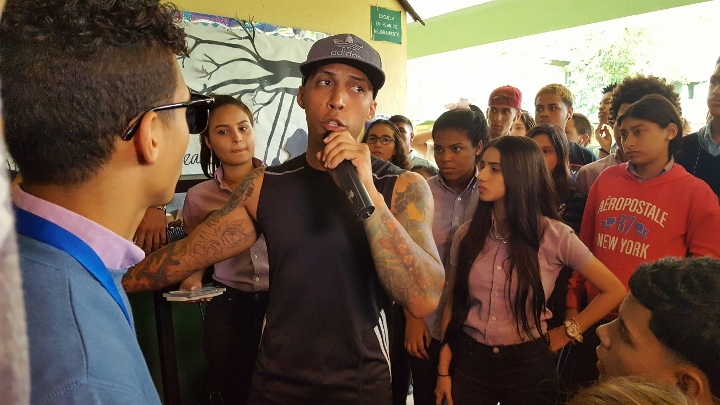 In what was a close fight - in the ring and on the official scorecards - Juanma exploded in the eleventh round by dropping and then stopped Vasquez Jr. for the satisfying win. 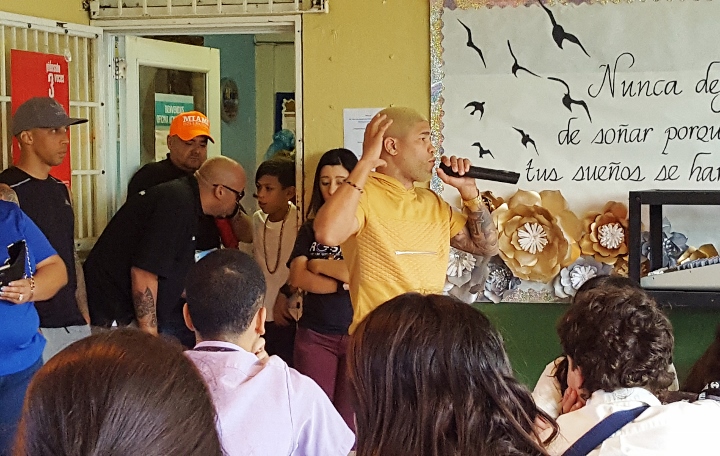 Right after the conclusion of that fight, Juanma over to Vazquez's corner and began trading punches with Vazquez's trainer, Rivera. The two men had exchanged several hard punches before they were separated. The videos of the incident went viral and generated millions of views all over the world.

Afterwards, both men were fined and suffered suspensions from the Puerto Rico Boxing Commission.

There was still some bad blood remaining, because both of them claimed victory in their brief but dramatic post-fight brawl. 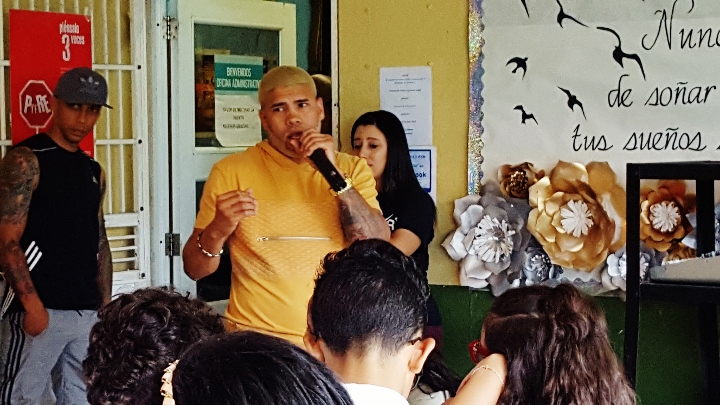 Now they will settle their dispute in the ring. Because of their suspensions and Rivera's status as a trainer - the two of them will collide in an "exhibition" match with all of the proceeds going to charity.

The event will include many other exhibition fights where high profile former world champions, Olympians and many others will face well known artists and celebrities. There will also be live music and other forms of family entertainment.

The show will be called "Use Gloves, Not Guns."

Tickets are already on sale and are available at fangig.com and gustazos.com.