The pre-fight promotion has begun for the anticipated Puerto Rican grudge match.

The fight was originally announced for March 17. The event will still take place at the Rubén Rodríguez Coliseum in Bayamón, Puerto Rico.

They wanted to give the local students a message of  "put on the gloves and put down the guns."

"Use gloves, not pistols," said Albert Rivera, "Life is about sacrifices and you are now sacrificing with your parents, grandparents, uncles, friends.. when you go to school every day to study. You are champions of life, you are champions for being here, but this is just the beginning of your lives and you need tools to reach your goals." 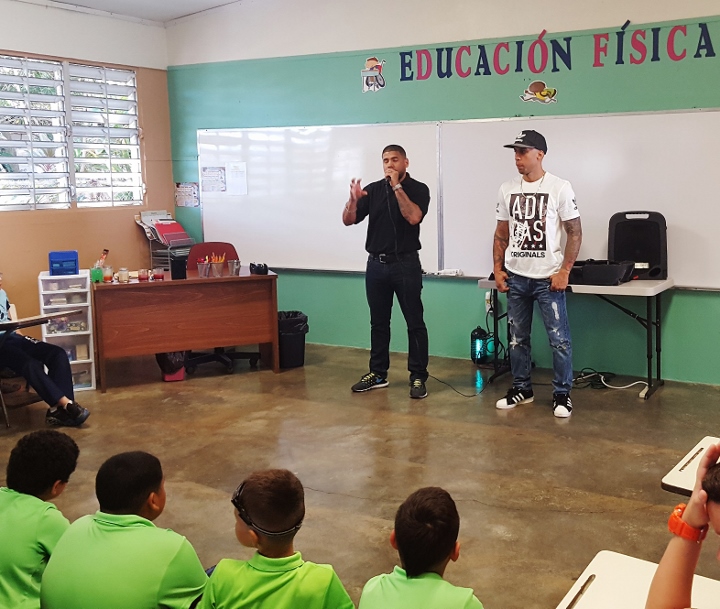 Juanma López told the students: "The best friends you can have are in sports, music, church, healthy activities. Life is about challenges and it is normal to feel a little insecure when you are not achieving what you want to do, but you have to stay focused because the dream is yours.I dreamed to be a world champion just once and I did it twice because I always kept insisting to myself and that is very important, doing everything in the name of God." 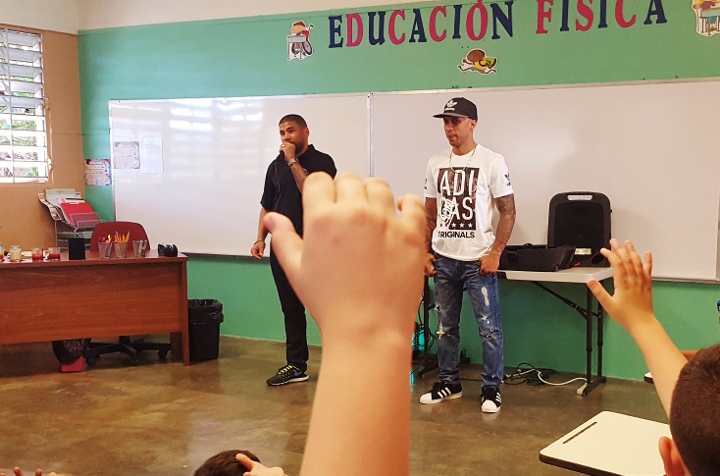 Last October, a media frenzy was created from the aftermath of the wild scene which took place during the post-fight at the Roberto Clemente Coliseum in San Juan, Puerto Rico.

That night, a Puerto Rican grudge match that was years in the making had finally taken place, when Juanma and Vazquez Jr. snapped their respective retirements to fight each other. 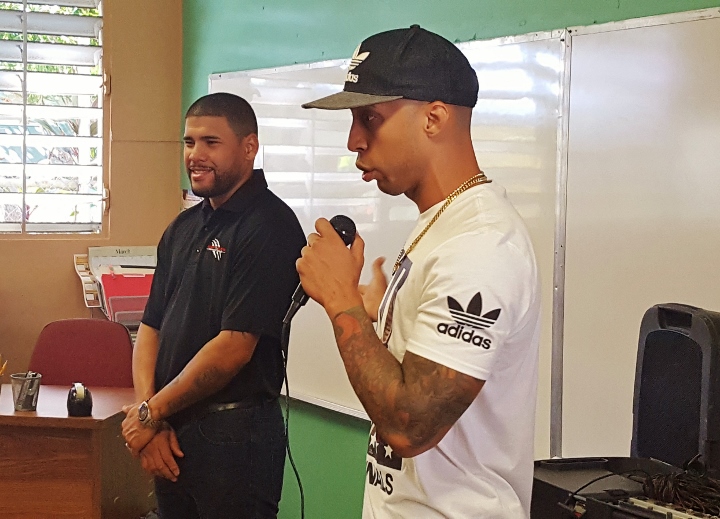 In what was a close fight - in the ring and on the official scorecards - Juanma exploded in the eleventh round by dropping and then stopped Vasquez Jr. for the satisfying win.

Right after the conclusion of that fight, Juanma over to Vazquez's corner and began trading punches with Vazquez's trainer, Rivera. The two men had exchanged several hard punches before they were separated. The videos of the incident went viral and generated millions of views all over the world.

Afterwards, both men were fined and suffered suspensions from the Puerto Rico Boxing Commission. 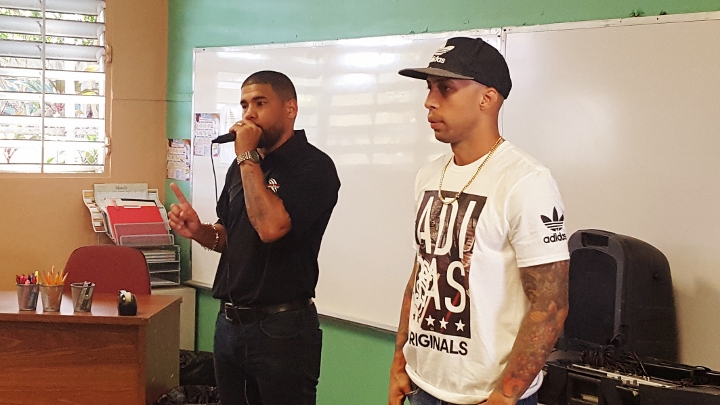 There was still some bad blood remaining, because both of them claimed victory in their brief but dramatic post-fight brawl.

Now they will settle their dispute in the ring. Because of their suspensions and Rivera's status as a trainer - the two of them will collide in an "exhibition" match with all of the proceeds going to charity.

The event will include many other exhibition fights where high profile former world champions, Olympians and many others will face well known artists and celebrities. There will also be live music and other forms of family entertainment.

The show will be called "Wear Gloves, Not Guns."

"Juanma and I decided to give an example to the youth about the mistake we made and we are going to have an exhibition fight for the benefit of the needy What better than taking something negative to bring something positive and make an impact on the communities," Rivera said.

"A lot of children saw my fight with Albert in the Clemente and now we have to tell them and to the others, that we made a mistake and that we will do something about it," explained Juanma.

Tickets are already on sale and are available at fangig.com and gustazos.com.