At the Manchester Arena in Manchester - In what was an absolute shocker, Jovanni Straffon (24-3, 17 KOs) captured the vacant IBO 135-pound title when he knocked out highly ranked James Tennyson (28-4, 24 KOs) in the first round. (photos by Mark Robinson)

Tennyson got clipped on the chin from a big combination and he went crashing down. Once he managed to get up, Tennyson was in very bad shape and the contest was soon waved off. 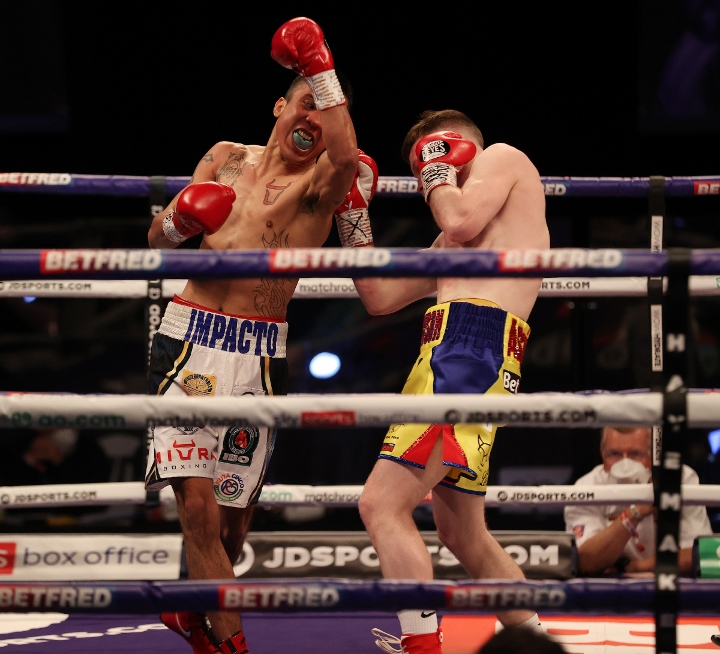 Coming in, Tennyson had won six in a row, by knockout, since losing by stoppage in a title fight with then super featherweight champion Tevin Farmer in five rounds in October 2018. 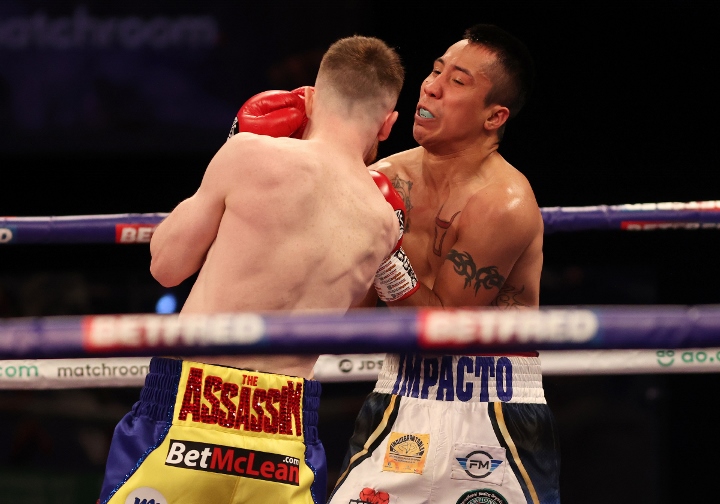 Also on the card, junior middleweight contender Scott Fitzgerald (15-0, 10 KOs) returned for the first time since October of 2021, stopping Gregory Trenel (13-7) in the third round. The fight took place at the super middleweight limit. 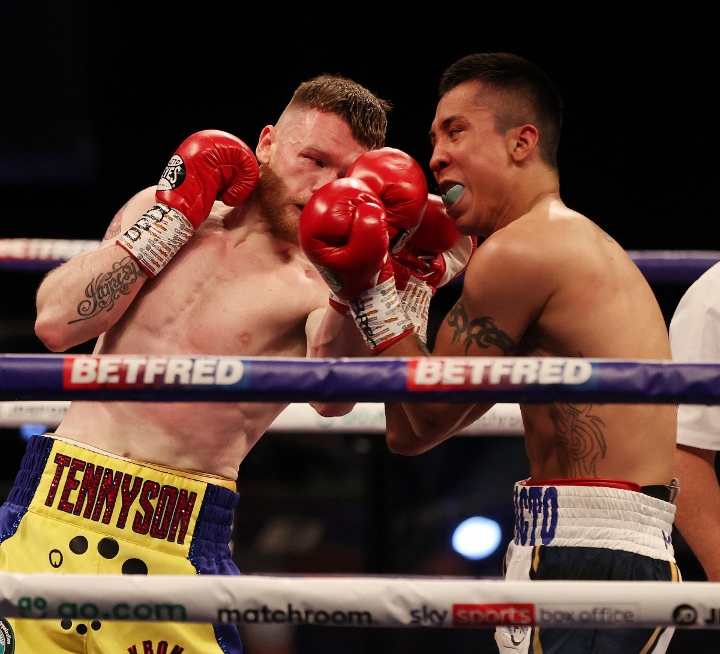 Heavyweight prospect Johnny Fisher (2-0, 2 KOs), who made his pro debut in February, stayed busy with a third round stoppage of Phil Williams (3-28). 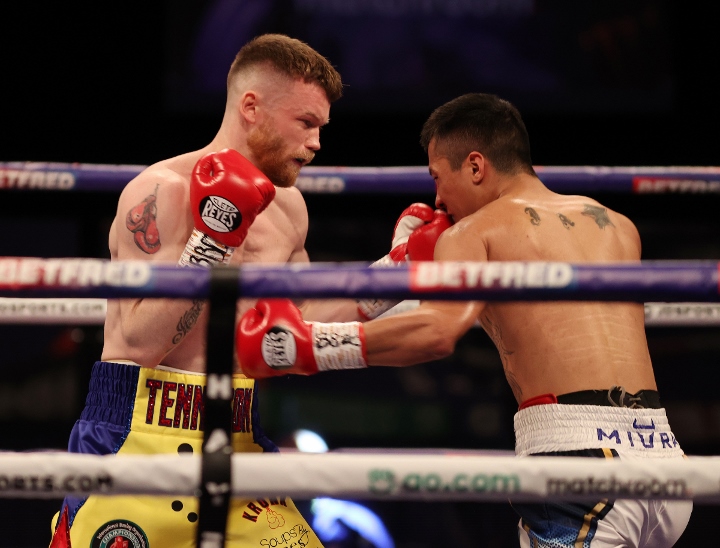 Fisher continued to pound Williams with big punches with hard punches until referee Howard Foster had seen enough and waved off the fight. 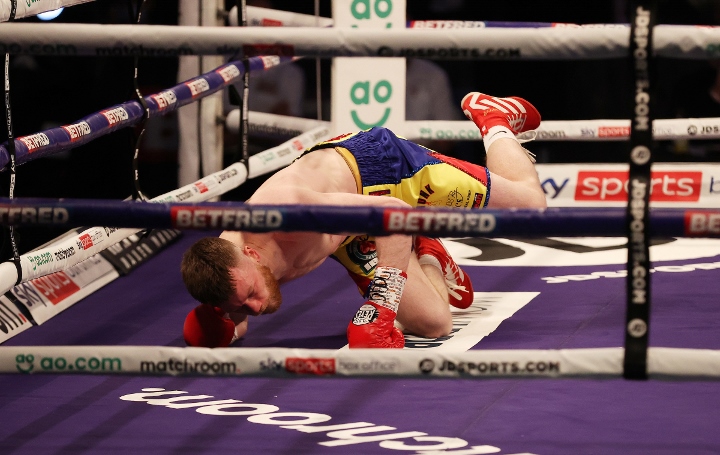 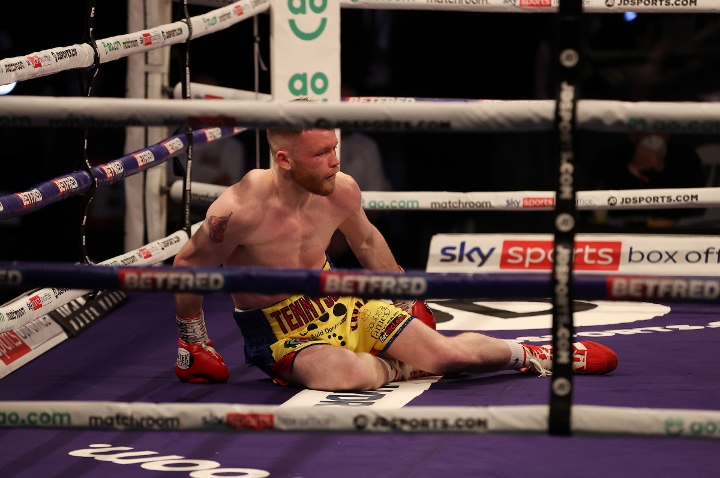 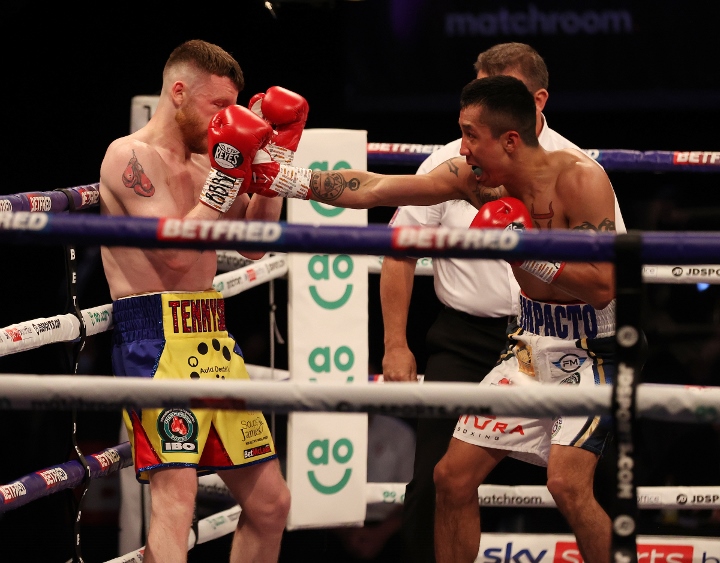 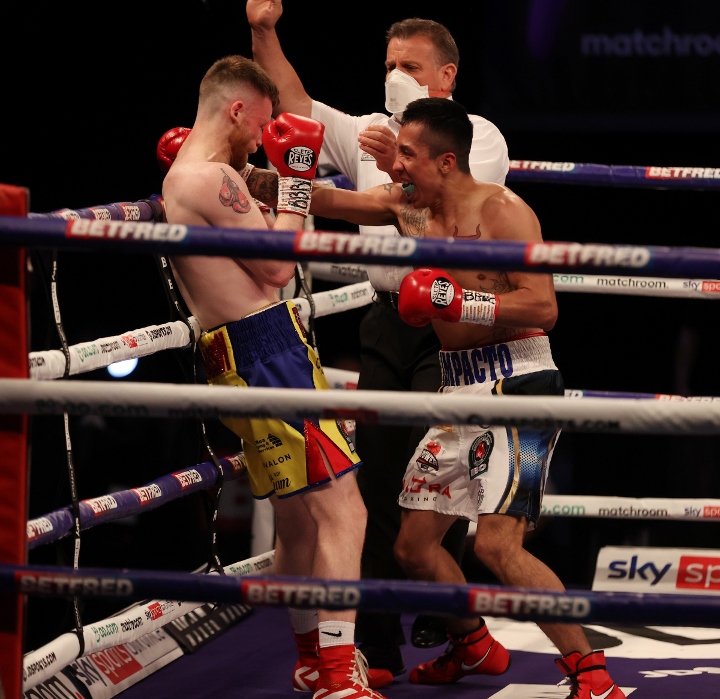 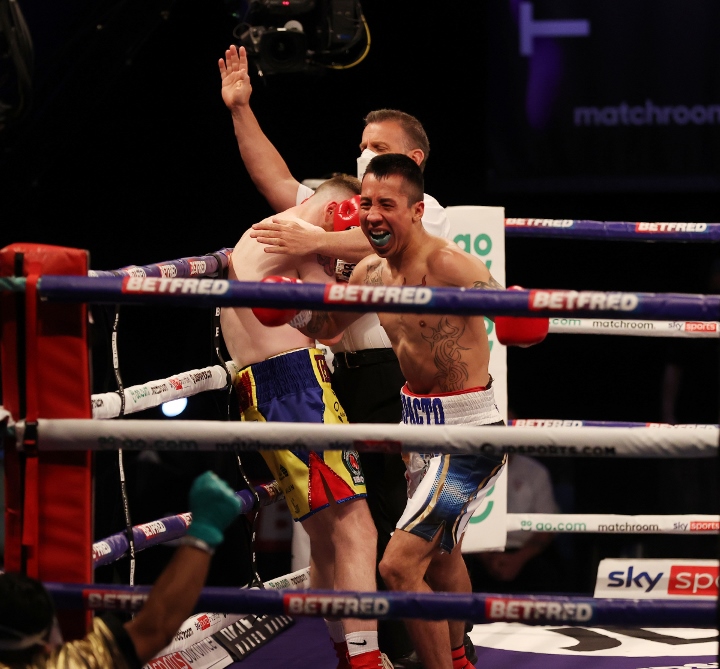 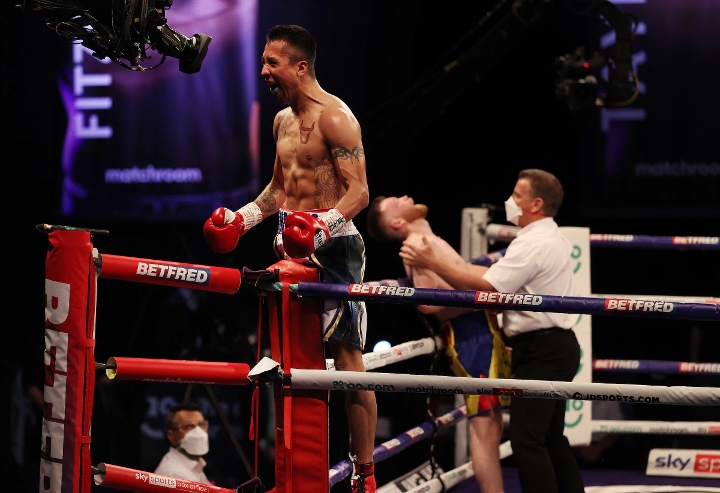 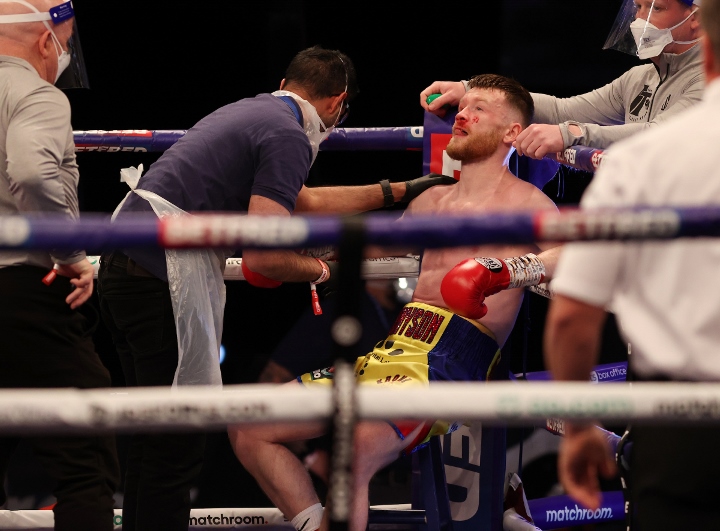 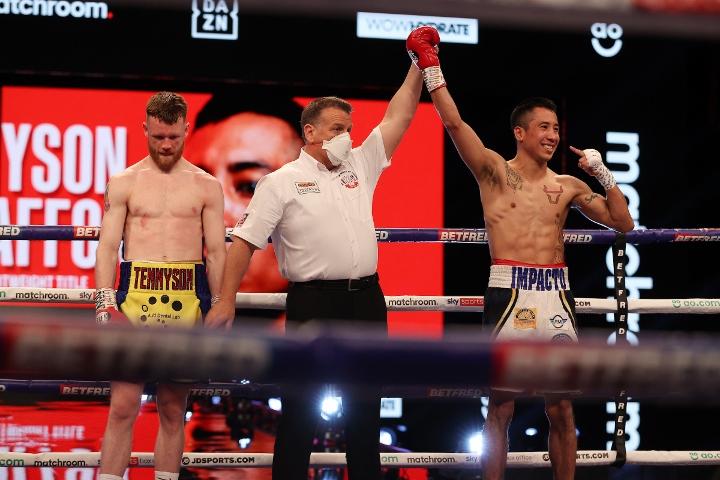 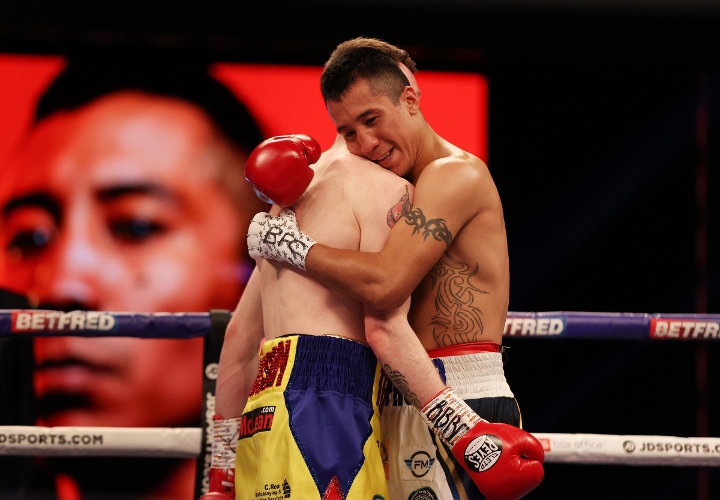 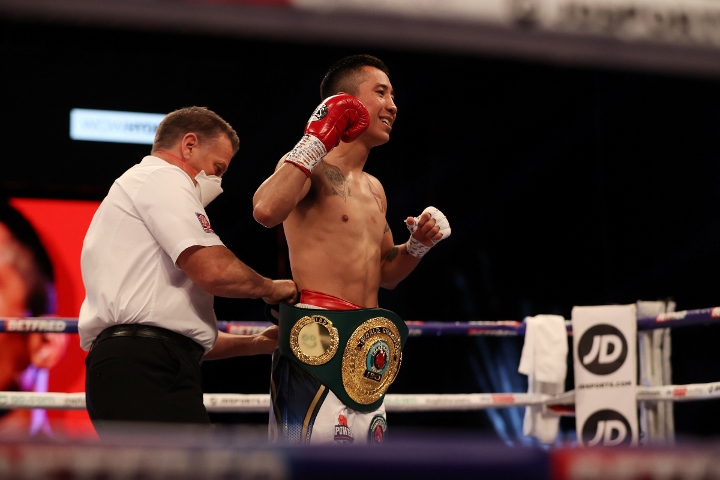 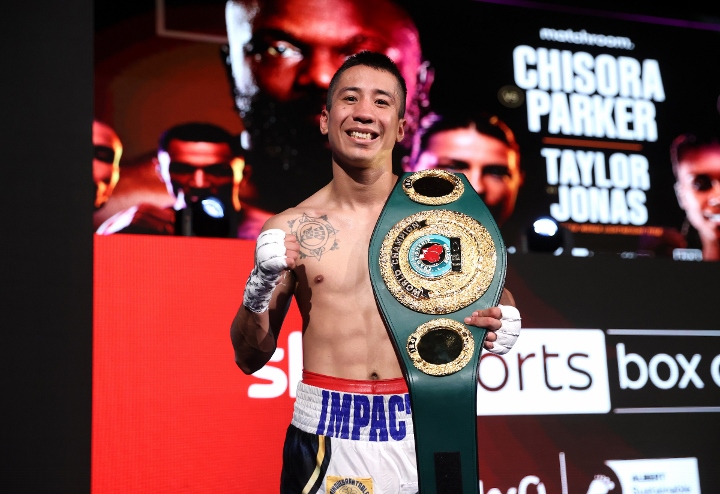 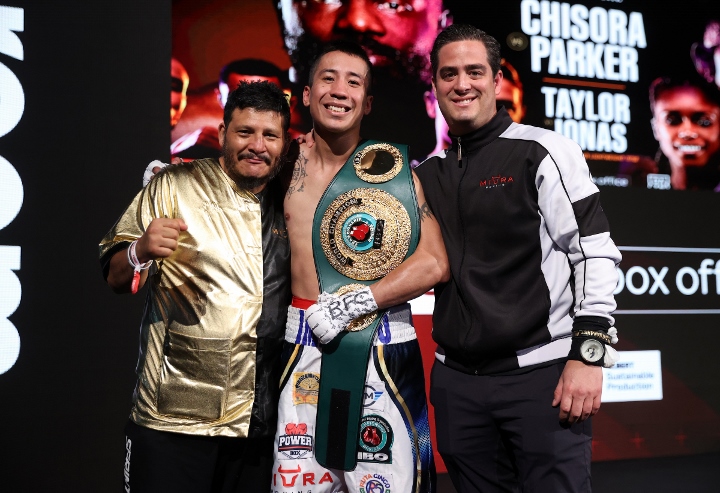