The fight was very competitive in the early rounds, with Bolotniks giving as good as he was getting from Buatsi, who was using the jab to size up his foe. 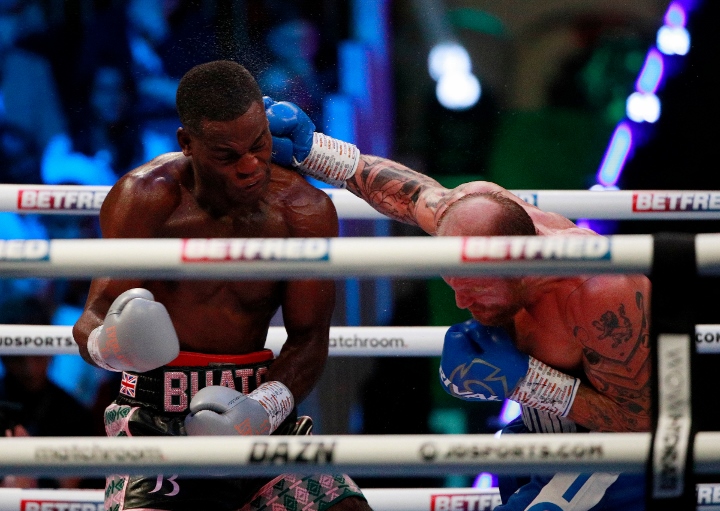 Buatsi was firing with very big shots at the start of the fourth, Bolotniks was retreating under the pressure for most of the round. Both of Bolotniks' eyes appeared to have damage. Buatsi continued to do damage in the fifth with Bolotniks being competitive. 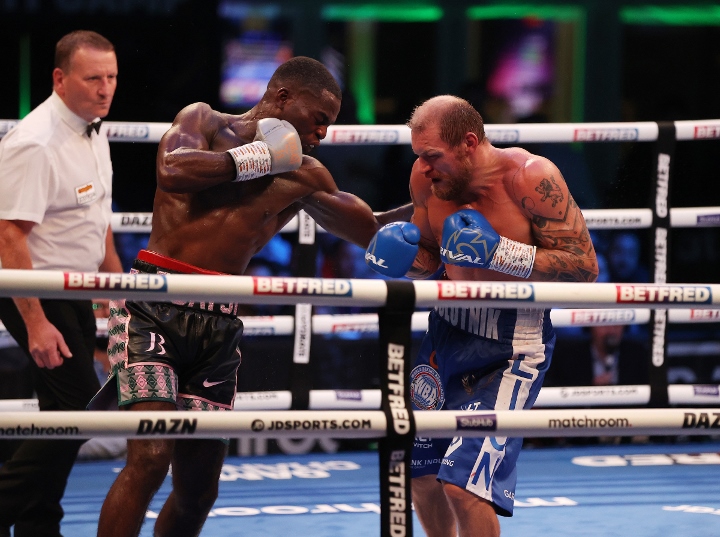 In the sixth, a big exchange of hooks saw Bolotniks get decked down hard. He got it up and Buatsi was blasting away with heavy punches. Bolotniks did his best to fire back and managed to survive the storm. 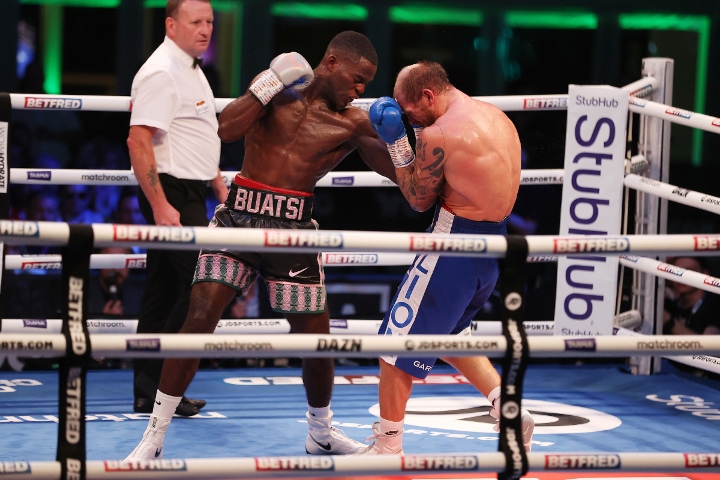 Bolotniks seemed to be working his way back into the fight in the seventh round, as Buatsi was getting his wind back from the sixth. During the eight, Buatsi came back firing with more heavy punches on Bolotniks. The left eye of Bolotniks was bleeding, he was under fire - but then he started coming back and landing punches on Buatsi, who lost a point for a low blow. 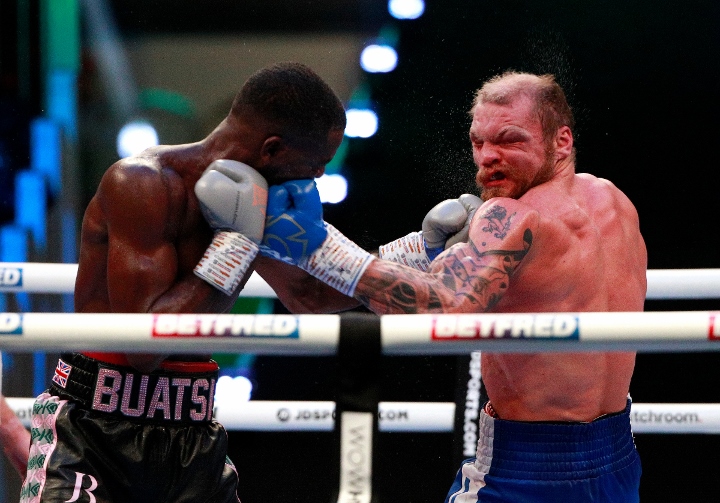 A close ninth saw Buatsi come on strong at the end. They were trading in the tenth, with Buatsi landing big punches on Bolotniks, who eventually would fire back with shots of his own.  In the eleventh, a big right hand sent Bolotniks down and out, with the fight being waved off. 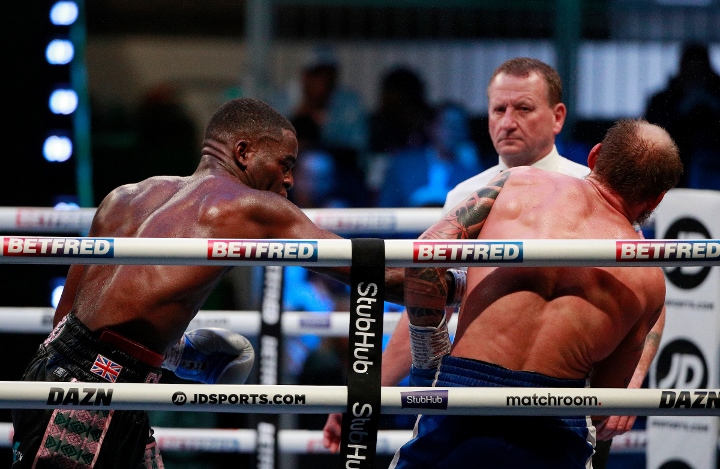 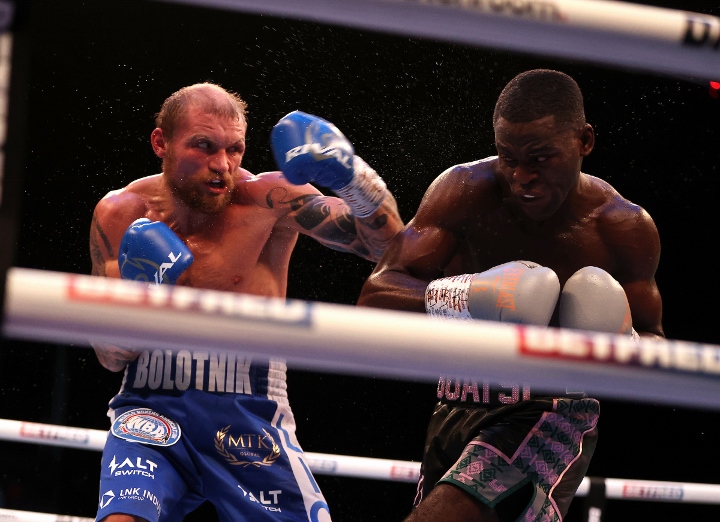 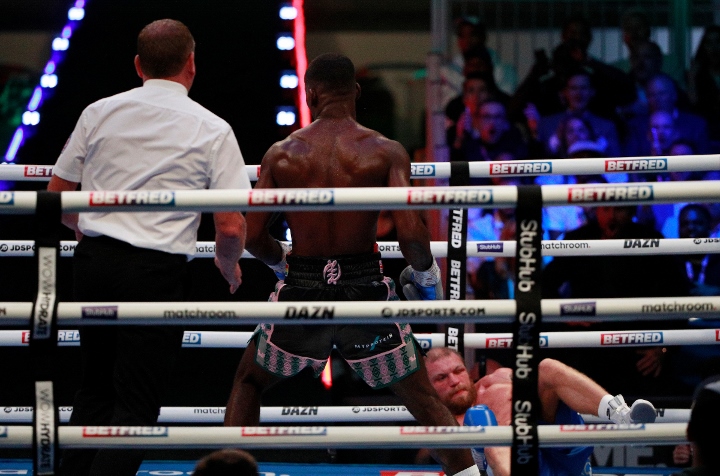 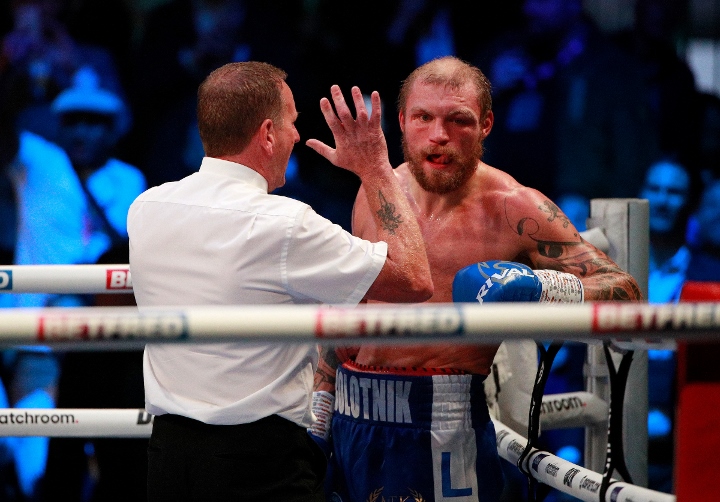 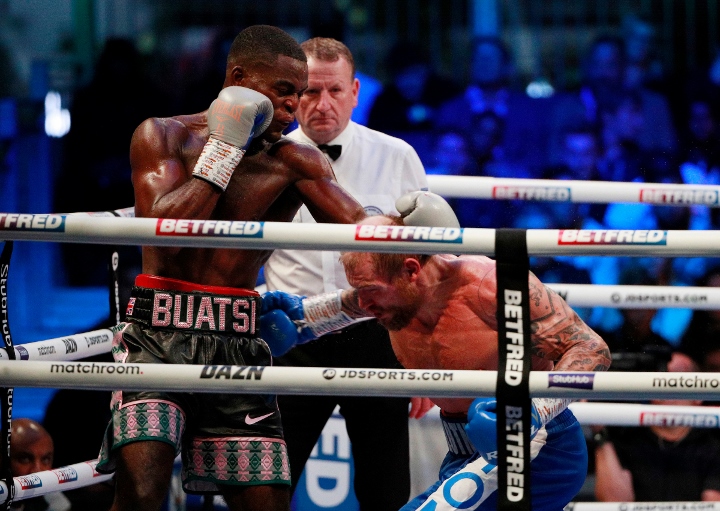 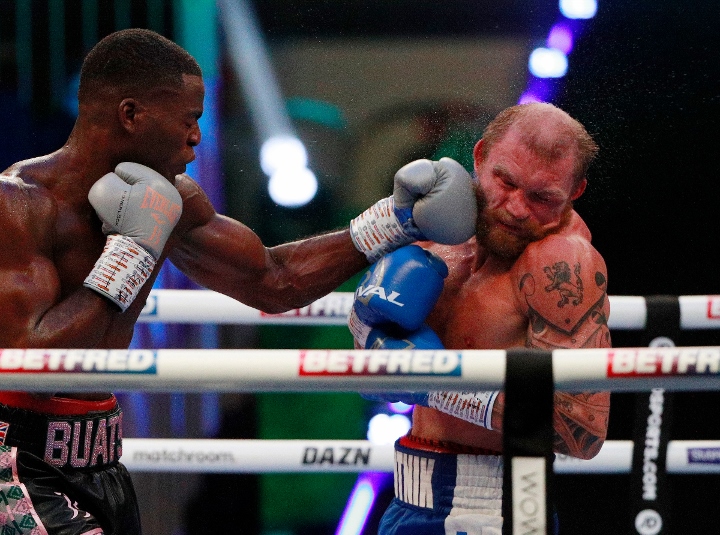 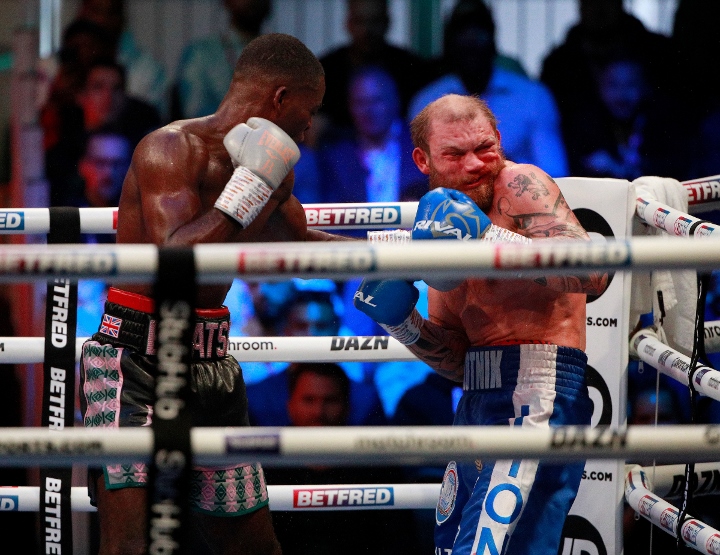 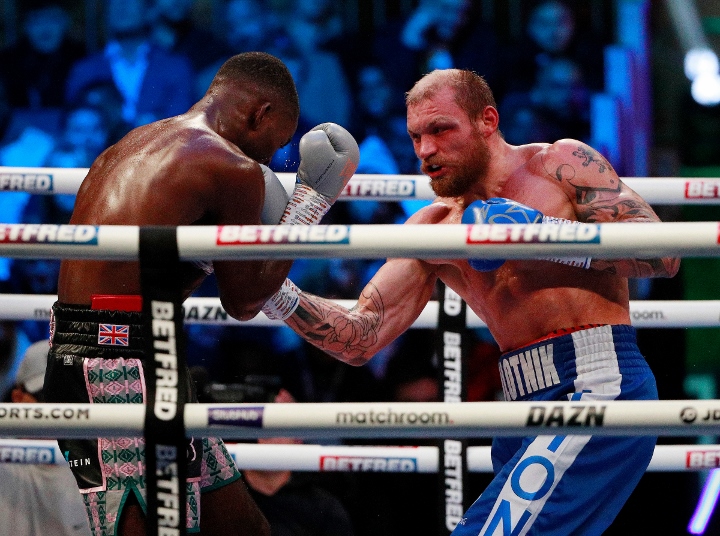 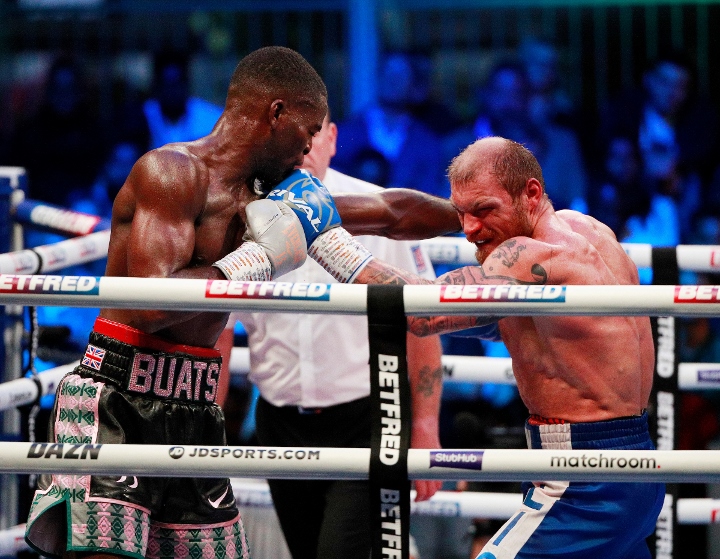 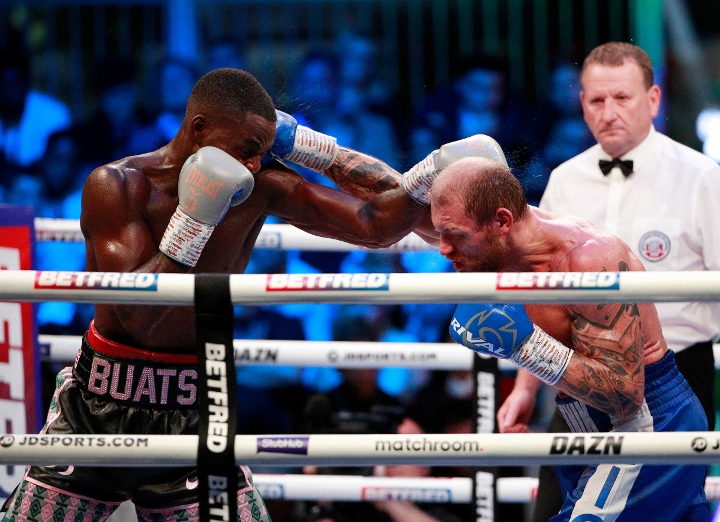 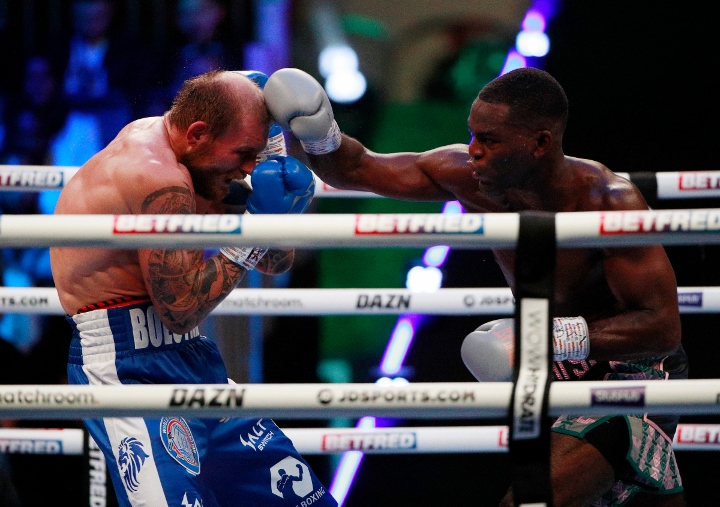 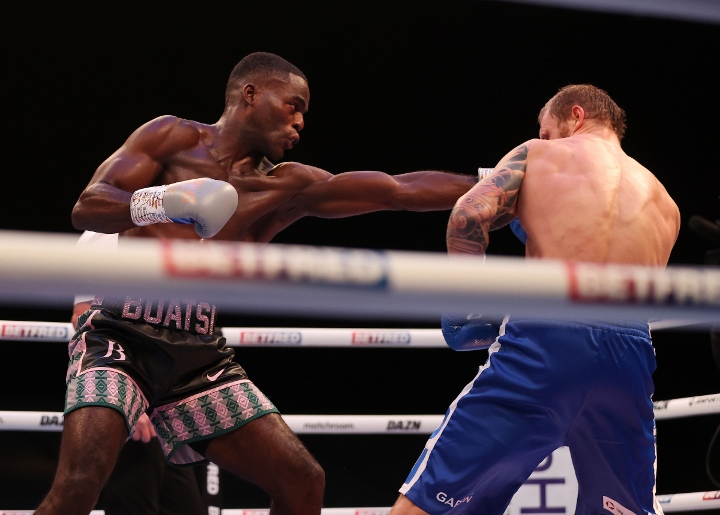 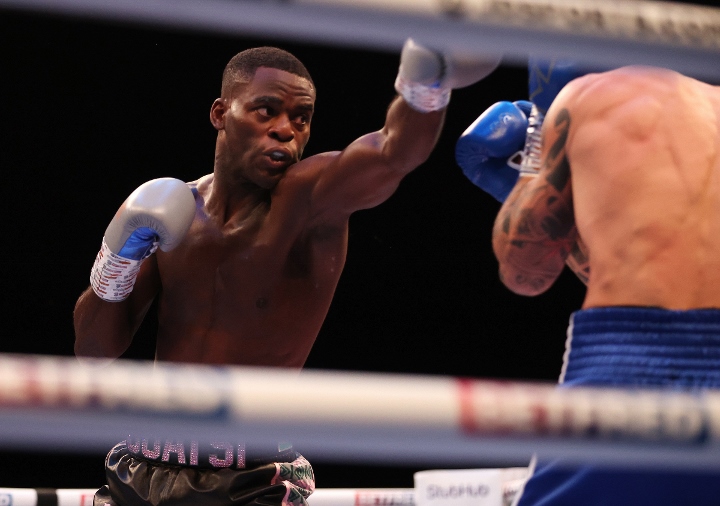 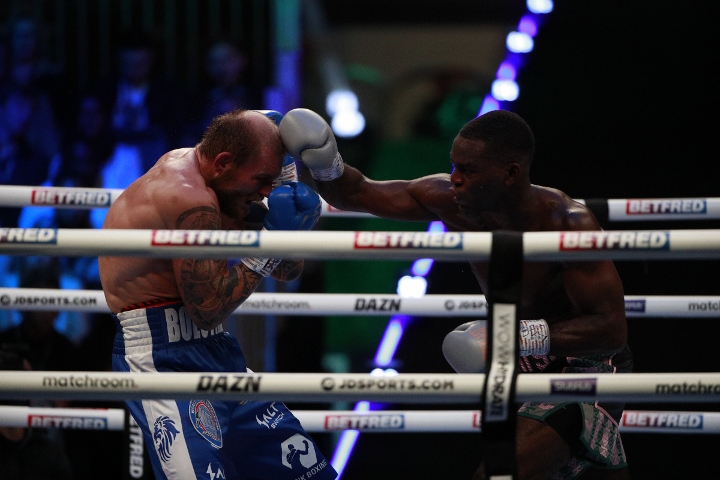 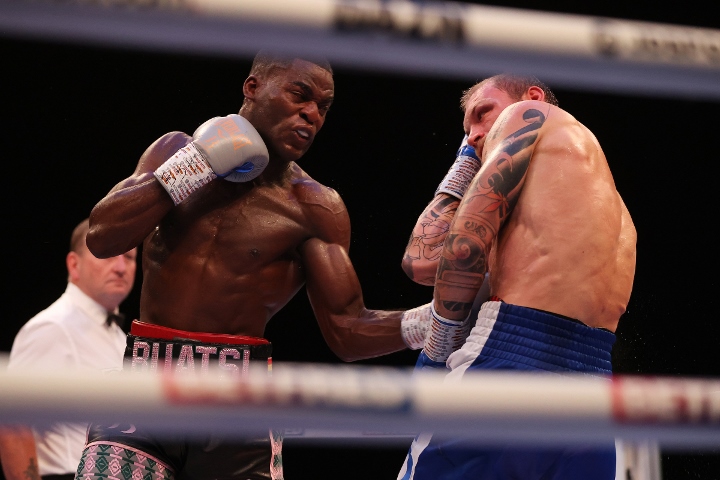 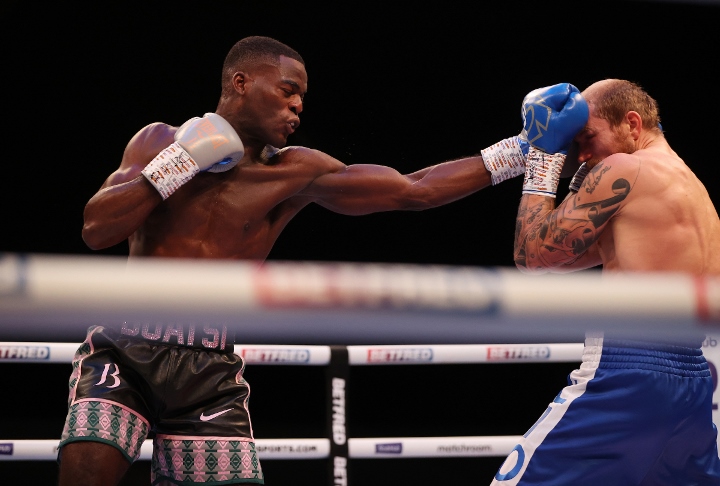 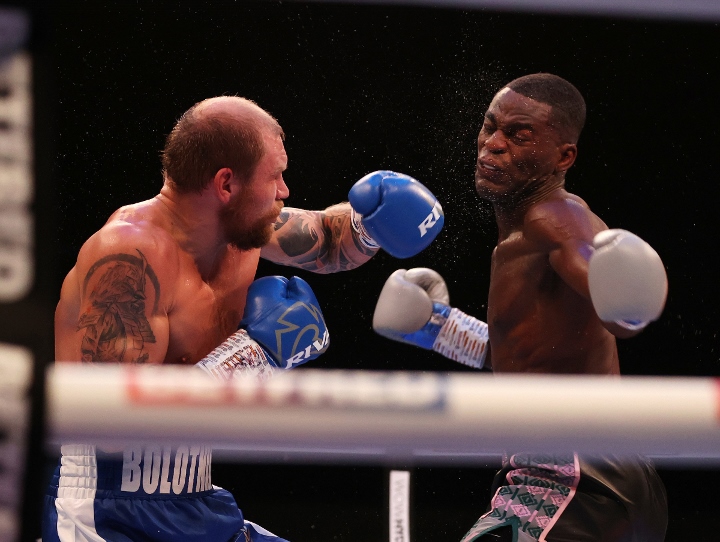 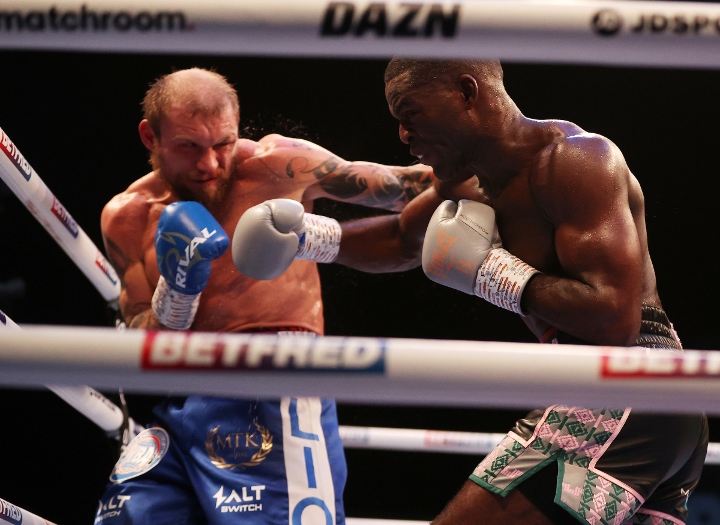 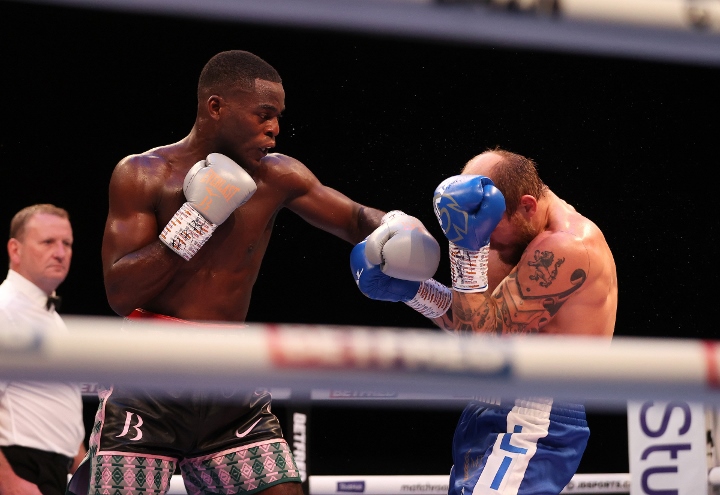 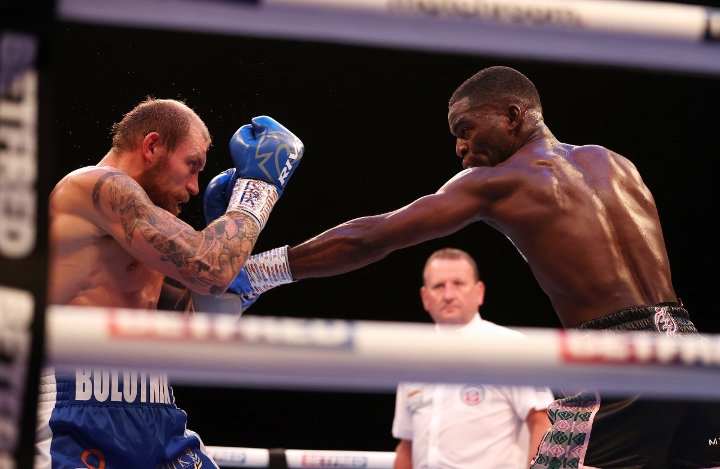 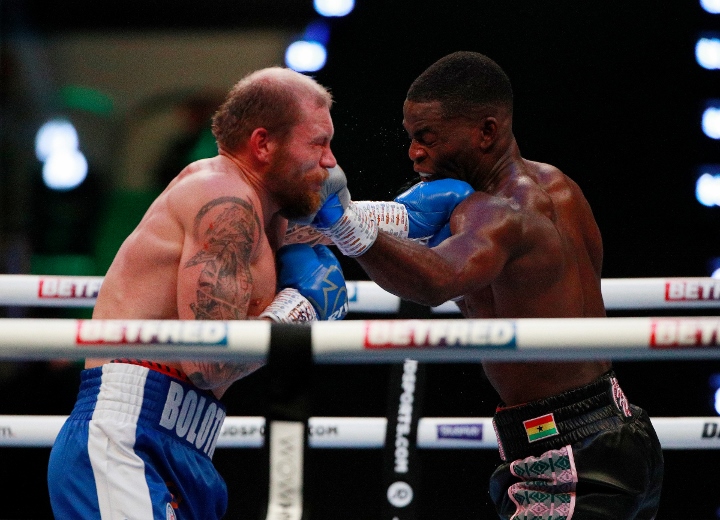 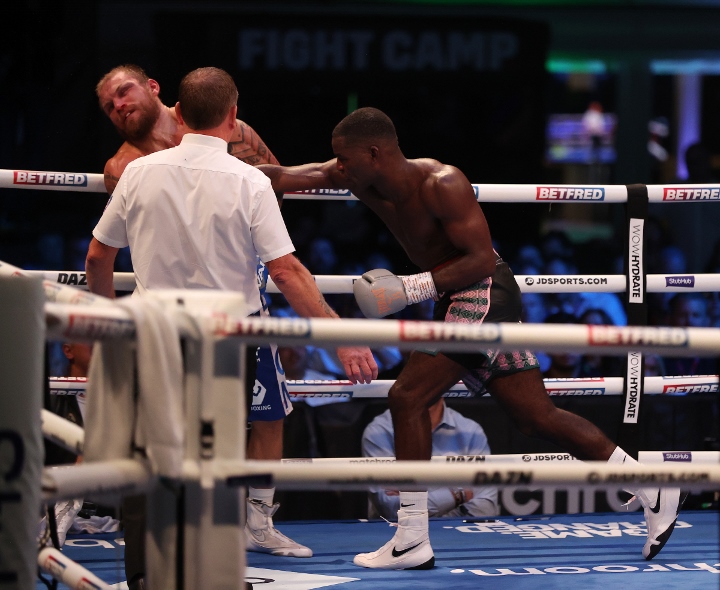 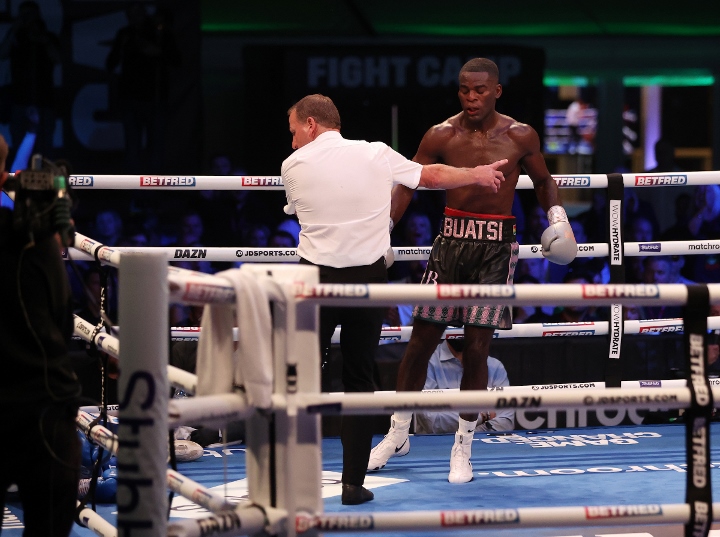 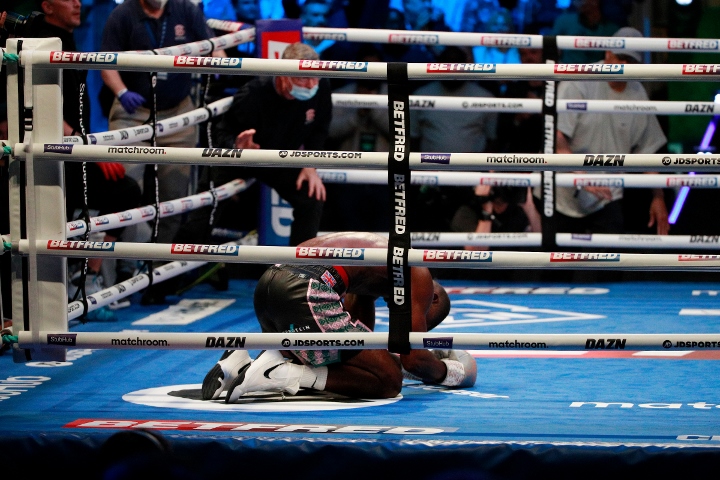 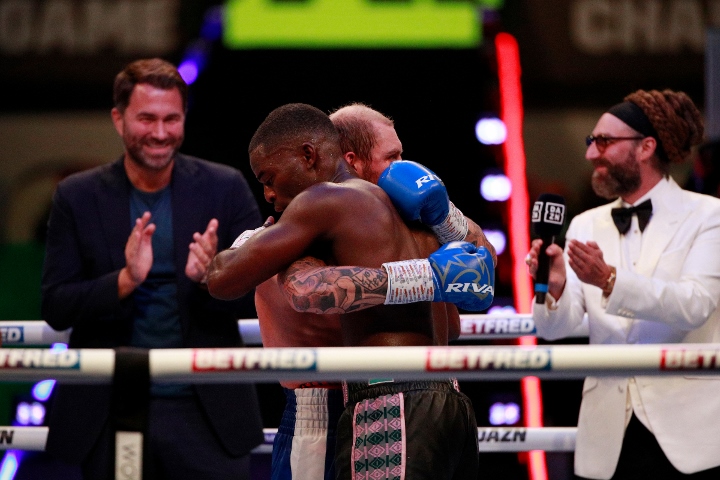 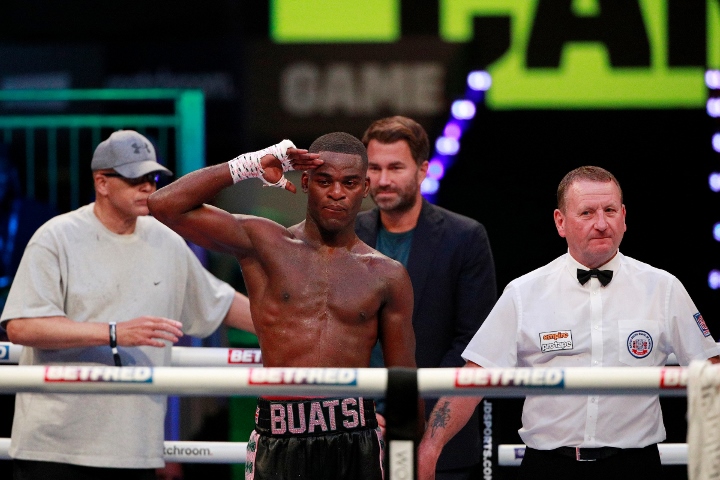