Fighters competing on an exciting night of Premier Boxing Champions on FOX and FOX Deportes hosted a press conference in El Paso, Texas Wednesday ahead of their respective showdowns on Saturday, April 28 from the Don Haskins Center in El Paso. (photos by Juan Yepez). 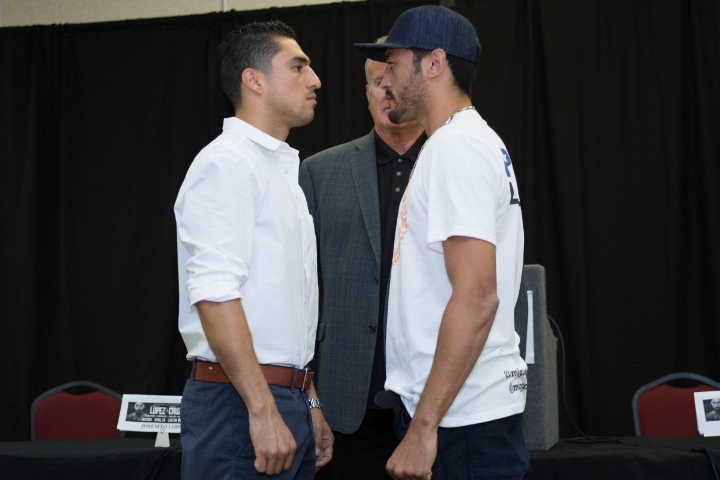 Tickets for the show, which is promoted by TGB Promotions, are on sale now and can be purchased through Ticketmaster.

Here is what the participants had to say Wednesday from the Wyndham El Paso Hotel: 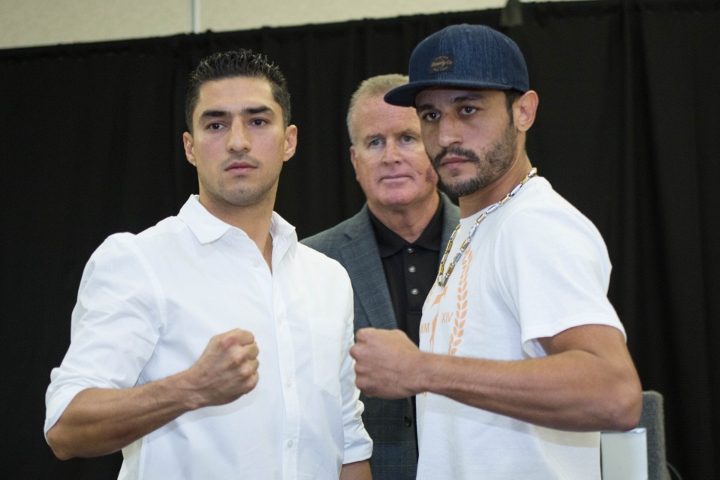 "I feel really good physically and I'm excited for this fight. This is the kind of fight I've been looking for. I have a good undefeated opponent in front of me who's coming to win. That motivates me.

"I'm completely focused and I haven't felt this good in a really long time. On April 28 I'm going to give it my all and come out with this victory. I refuse to lose this fight.

"It's been a dream to fight in Texas and I'm so happy to be here in El Paso. I'm going to embrace this challenge and give the fans what they deserve.

"I know that I have to be ready for anything and with Robert Garcia in my corner, there's no doubt I'll be prepared. Cruz is young and hungry but I just have to show why I've been competing at a high level for so long." 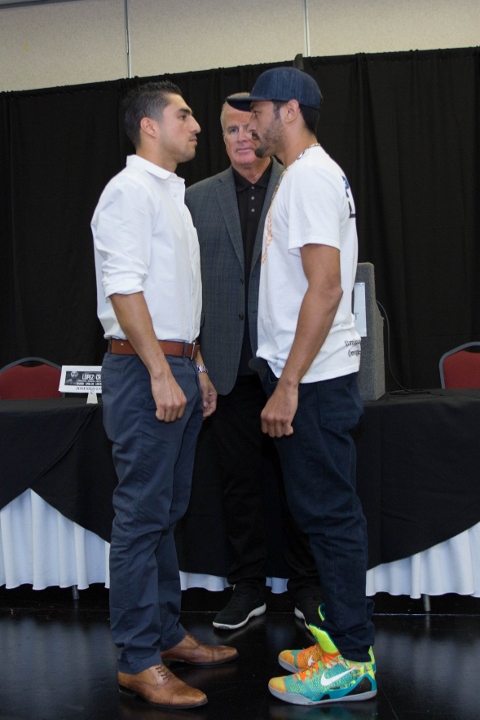 "I'm very excited to be here in this fight. I have a lot of respect for what Josesito Lopez has done in this game. There's no doubt he's an accomplished fighter. I believe this is my time.

"I'm going to leave everything in the ring to win this fight. That's what I feel in my heart. I believe in my training. I've been working and working and I know what's in front of me.

"This is going to be a great show from top to bottom. I know the Mexican fans in El Paso will be out in full. It's an honor to compete on this stage against a great competitor. I'm ready for the test." 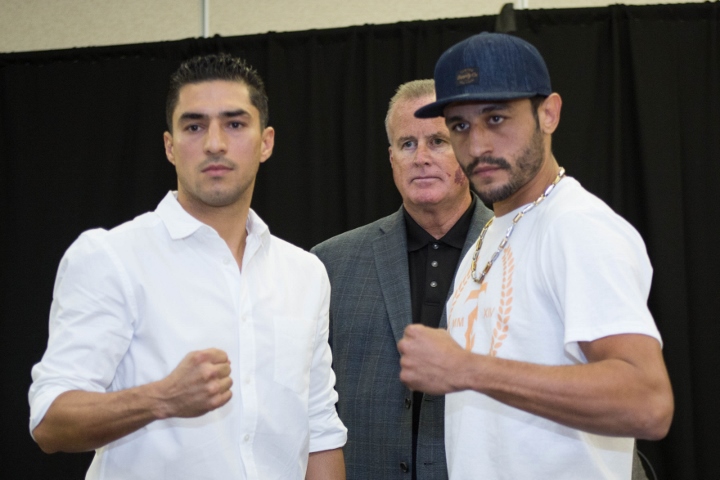 "I'm fighting a former world champion at 168-pounds. Anthony Dirrell is a great fighter and I know that I'm going to have to avoid his power. I'm going to be quick and use all my skills.

"This is going to be a great fight on April 28. I'm fighting in my hometown of El Paso, and I do not lose here. Something about this town turns me into a 'super saiyan.'

"I'm going to be strong and when I get the opportunity, I'm looking to hurt Dirrell. This is a fight that can get me to a world title fight.

"My sister, (IBF Featherweight World Champion) Jennifer Han, was the first women's world champion from El Paso. I'm looking to become the first male world champion from here. El Paso needs to come out and support one of its' own on April 28. This is a great fight town and we have a chance to show everyone on fight night." 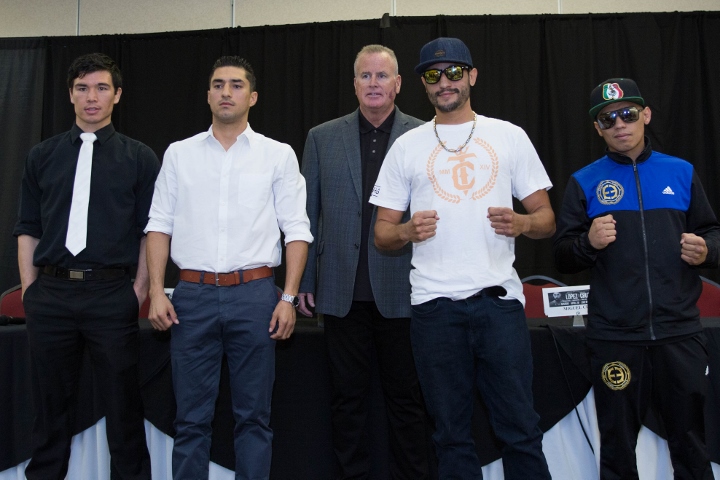 "It's an honor and a pleasure to be here in El Paso. I'm very motivated for this fight and honored to battle with Claudio Marrero.

"We will leave El Paso with my hand raised. I know that this will be a tough fight, but I'm training very hard to get this win. This is a chance to prove that I deserve a world title shot.

"I feel I'm ready to challenge anyone in the division right now. I'm going to earn it in the ring and keep working hard every day until I have that belt around my waist." 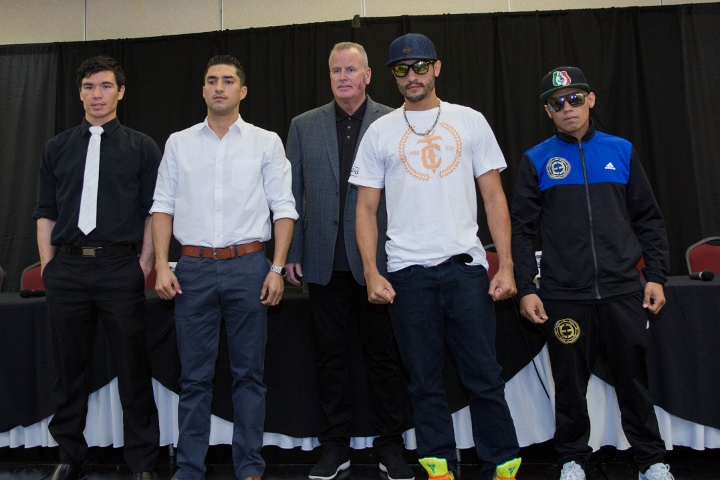 "We have a great team in the gym and we're focused on Josesito's fight on April 28. We know Cruz is a tough fight. He's an undefeated fighter that knows a win over Josesito could get him a title fight.

"Since Josesito's been with me we've been working hard and training for over two years. He's improved so much and come April 28 he's going to show everyone that he's ready to challenge the world champions. We have to beat guys like Cruz to get to those fights.

"The fans in Texas are always great. This is a great boxing city and every time we're in El Paso we get nothing but love. We appreciate it and hope to see you all at the fight." 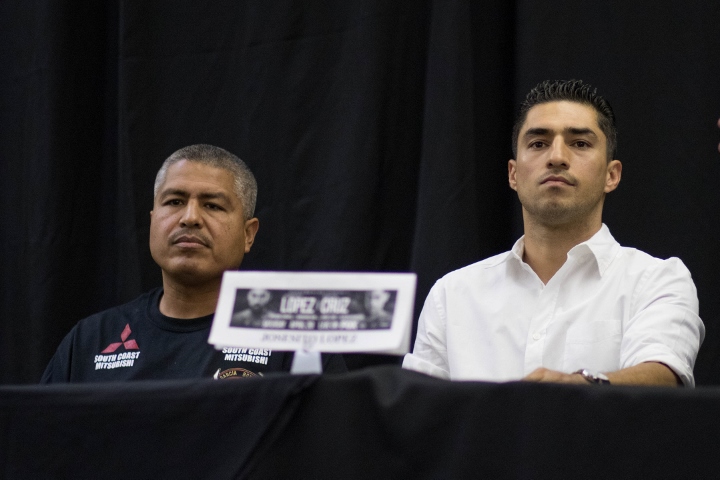 "I have a young fighter who I've been with since he was twelve years old. He got his first win with me. I've been there to guide him through everything he's done in boxing.

"If you want to be a world champion, you have to be willing to fight guys like Josesito Lopez. We know what we're preparing for and I know that Miguel Cruz is going to end the night with the win." 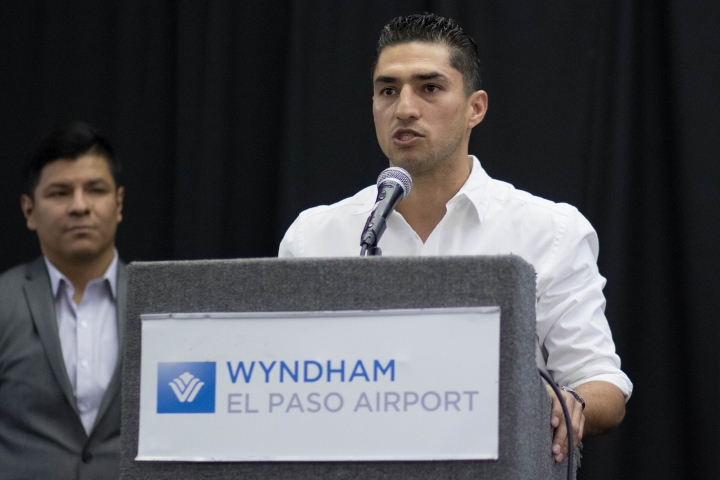 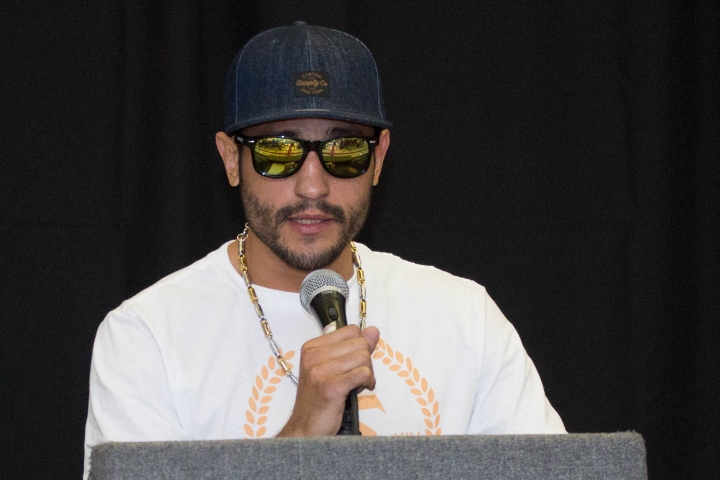 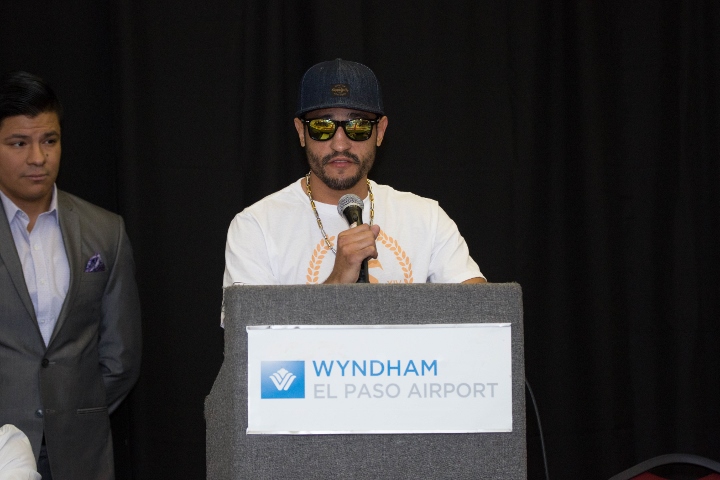 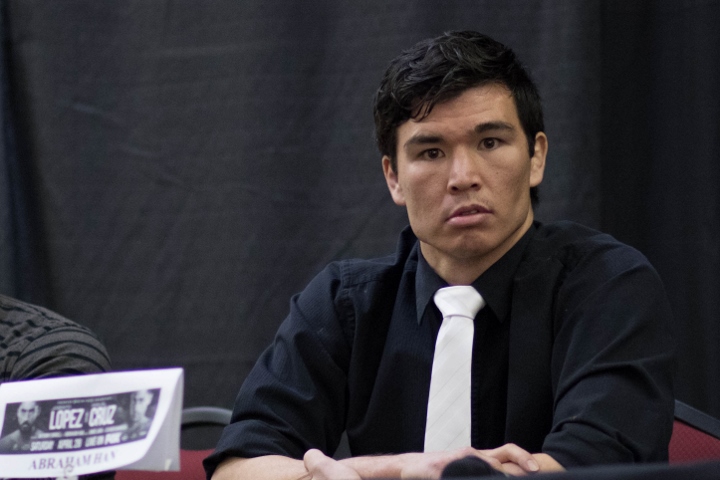 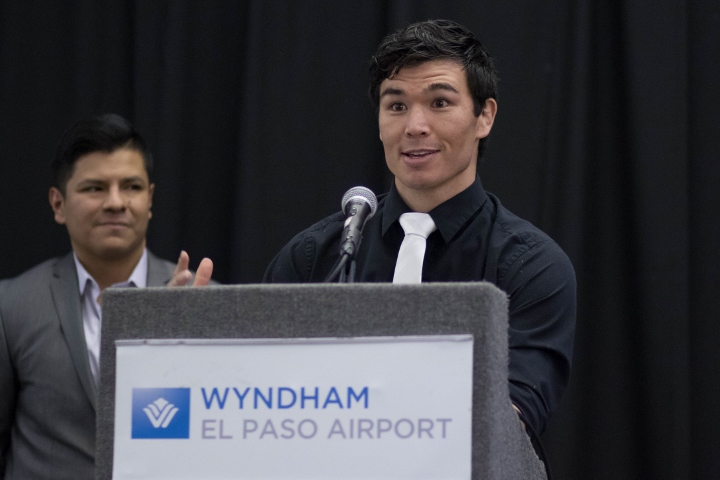 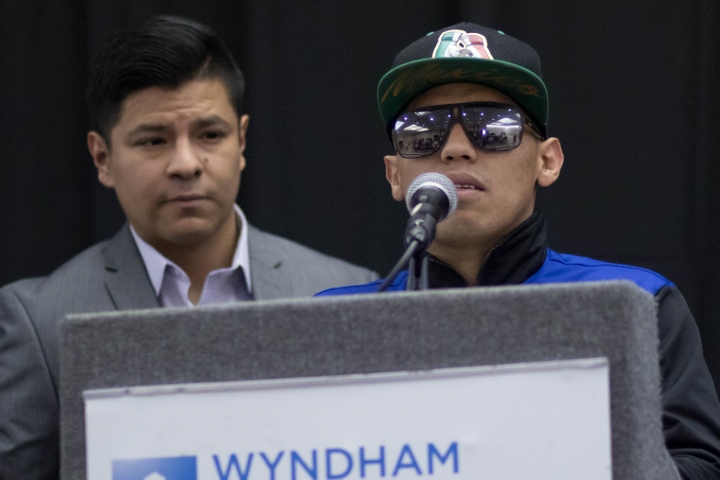 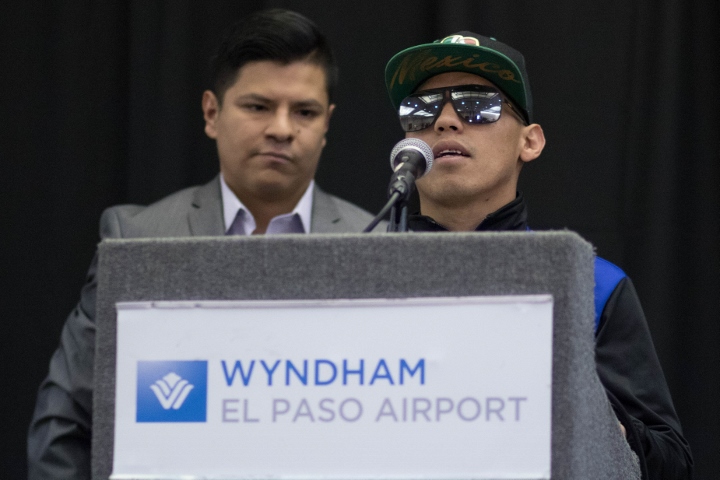