About half a minute into the fight, Lopez dropped Molina with a solid right hand. Molina made it up and Lopez went after him with hard punches. Molina was doing his best to fight back, but he was taking hard shots. 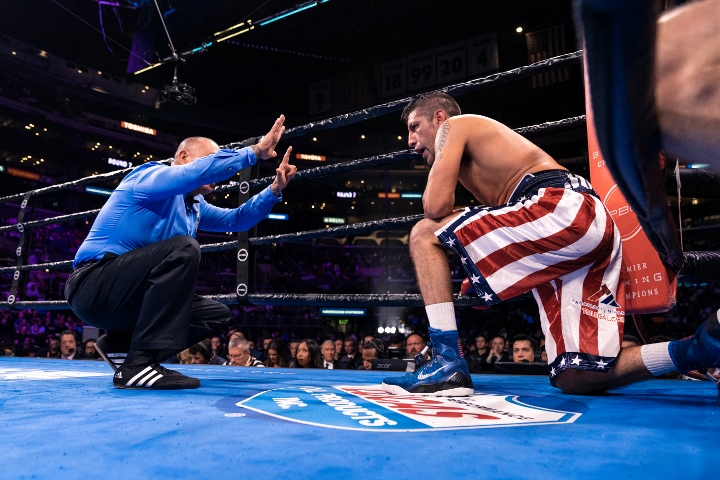 It didn't take long before Molina was staggered for a second time. He was pinned against the ropes and went down in pain from a body shot. He barely beat the count and made it to the bell to end the first. 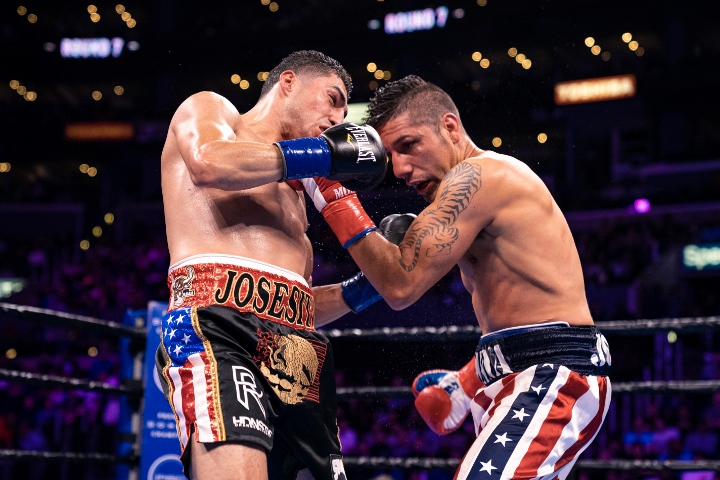 The second started with Lopez stalking and ripping big shots. Molina tried to rally by letting his hands go in return. In the third and fourth, Molina was controlling the action with a solid jab. Near the end of the fourth, it appeared that Lopez was staggered by a shot. Both had their moments in the fifth, with both landing solid punches. 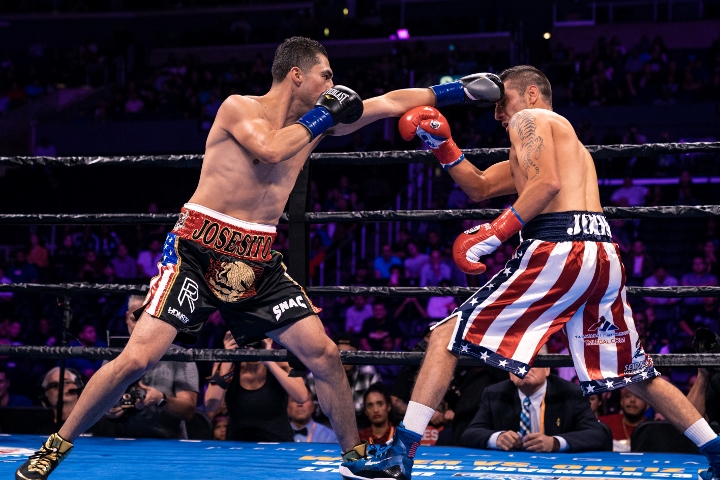 They were trading away in the sixth and seventh rounds. Lopez was connecting with the harder punches. A solid combination sent Molina down for a third time at the end of the seventh. The contest was nearly stopped by Molina's corner before the start of the eight. During the eight, Lopez continued to land on Molina and the referee jumped in to wave things off. 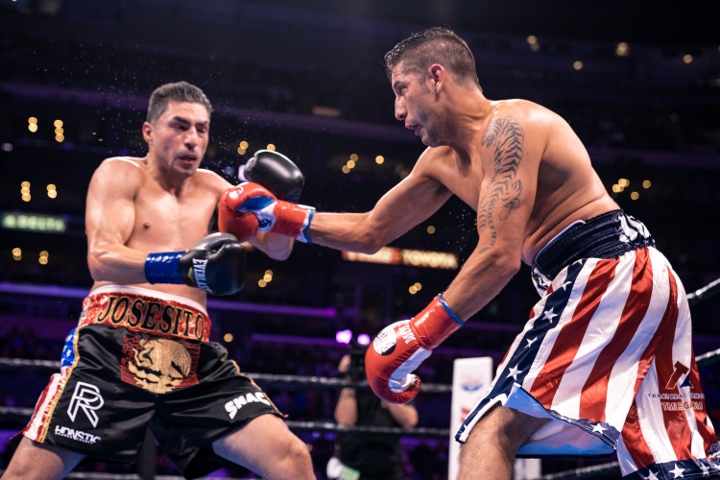 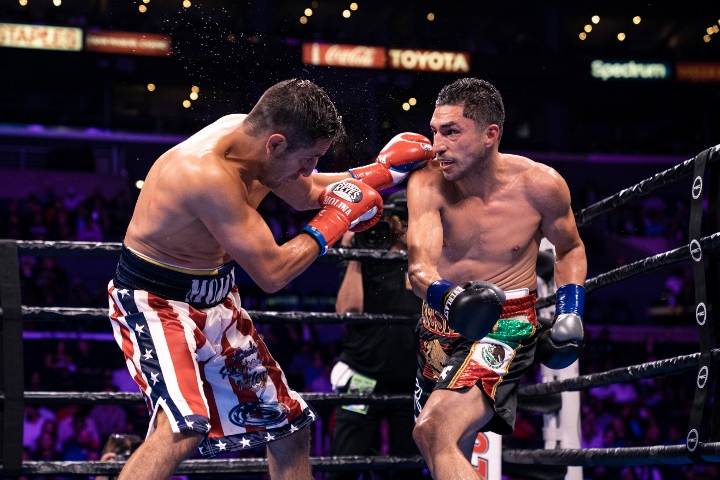 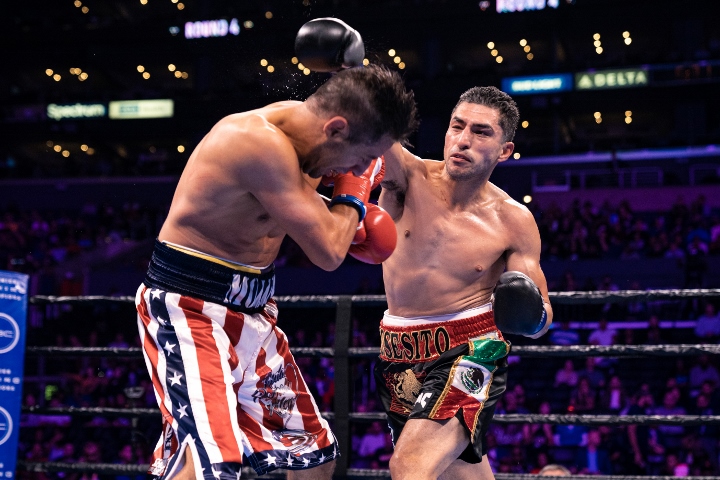 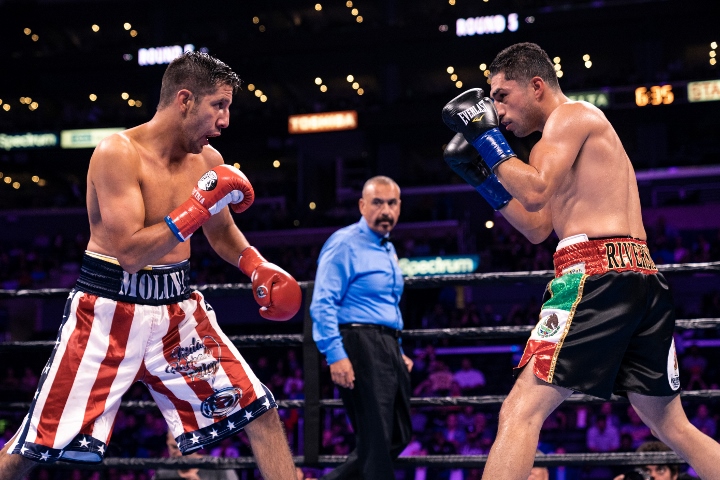 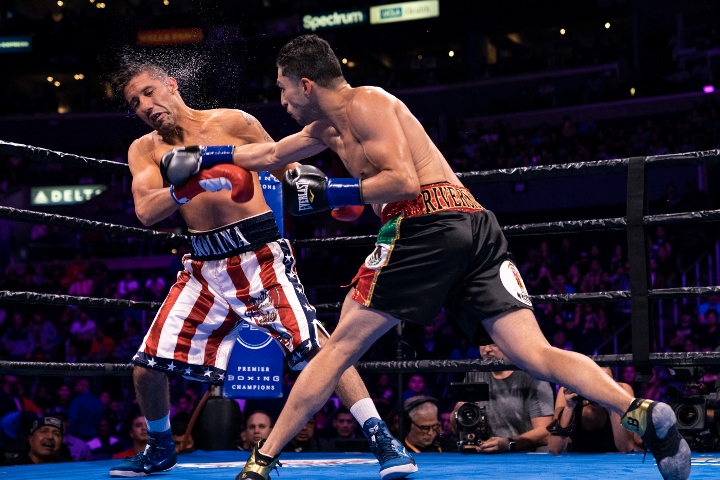 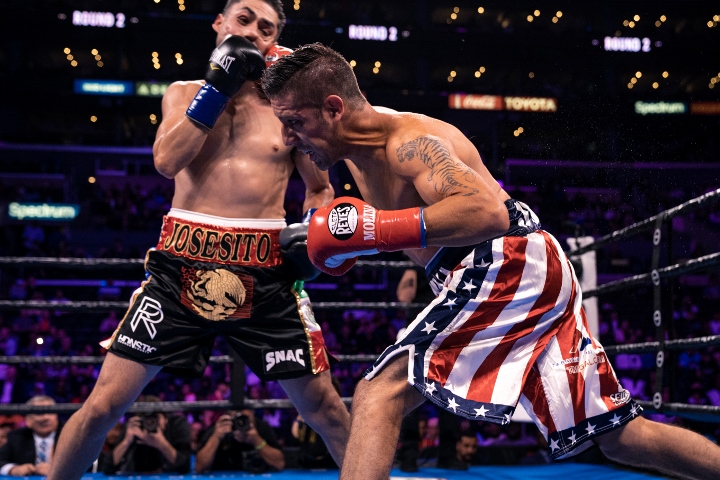 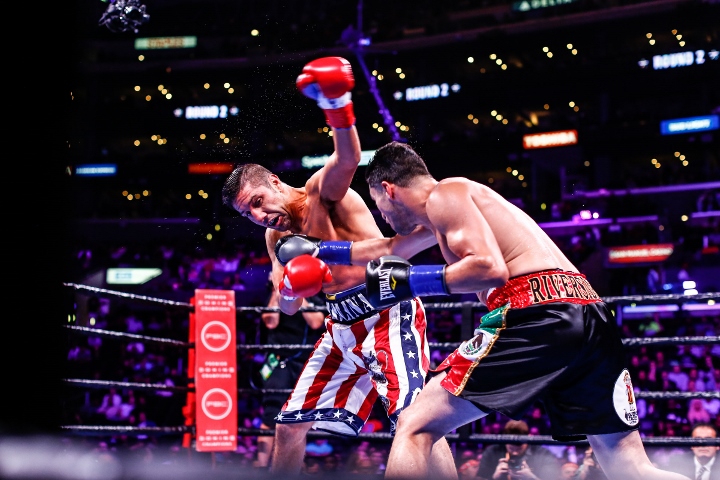 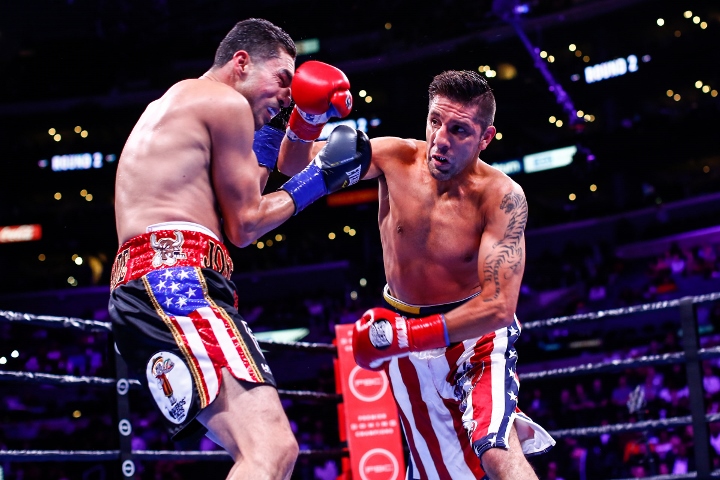 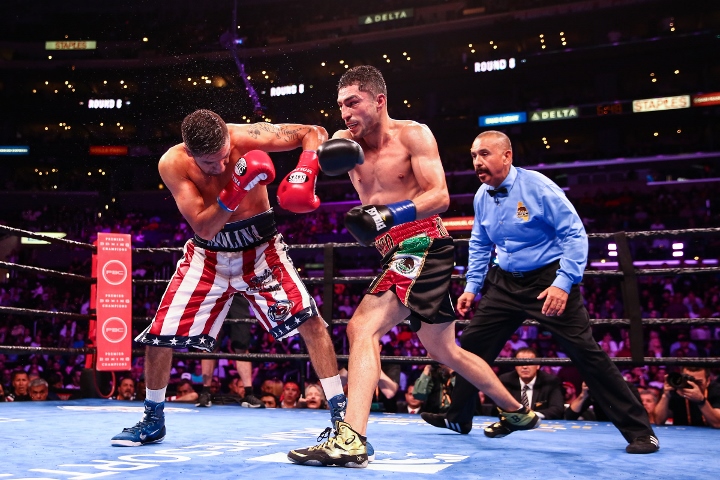 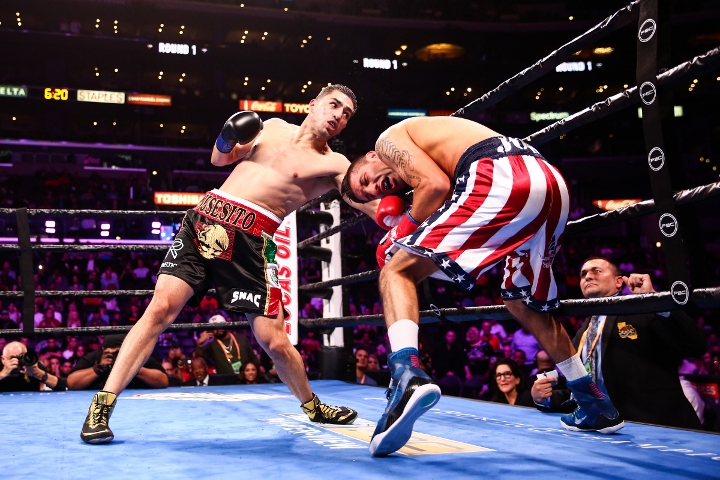 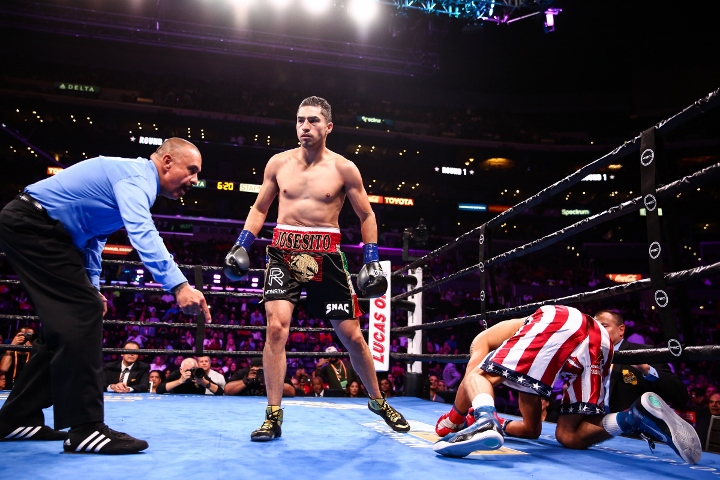 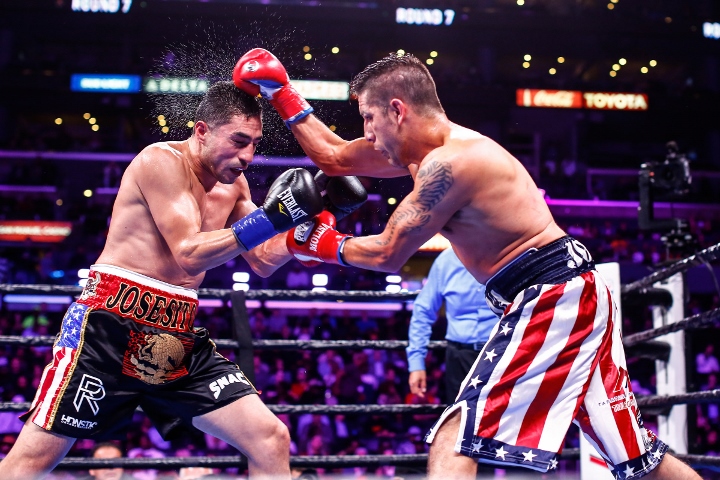 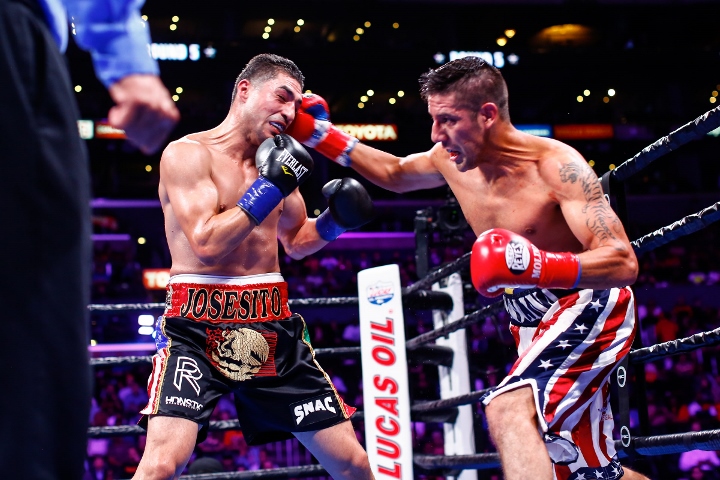 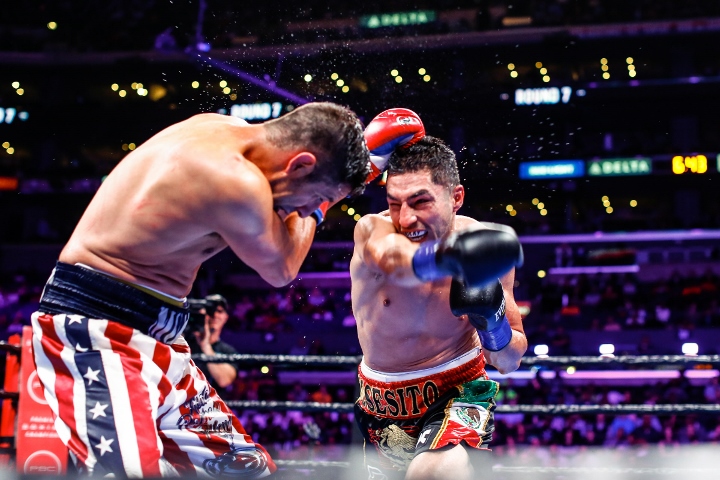 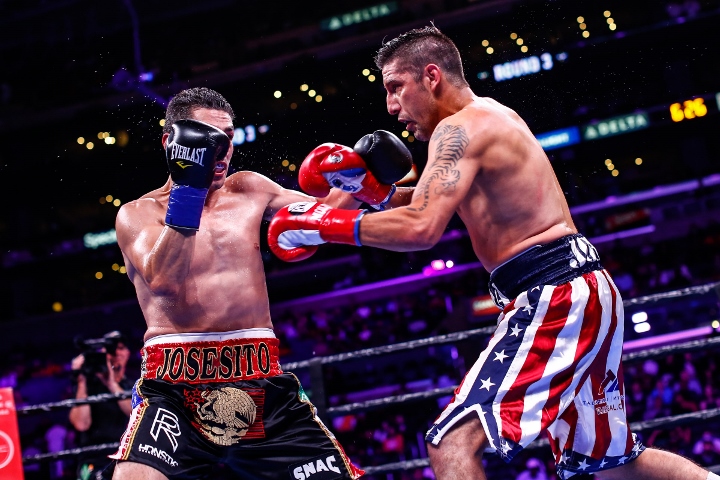 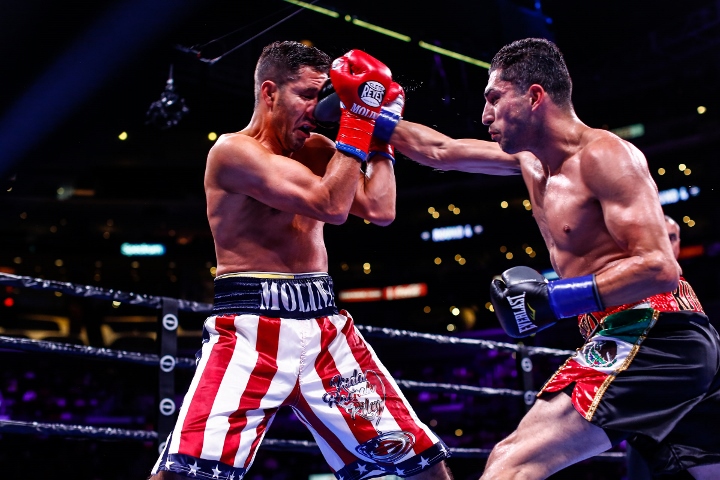 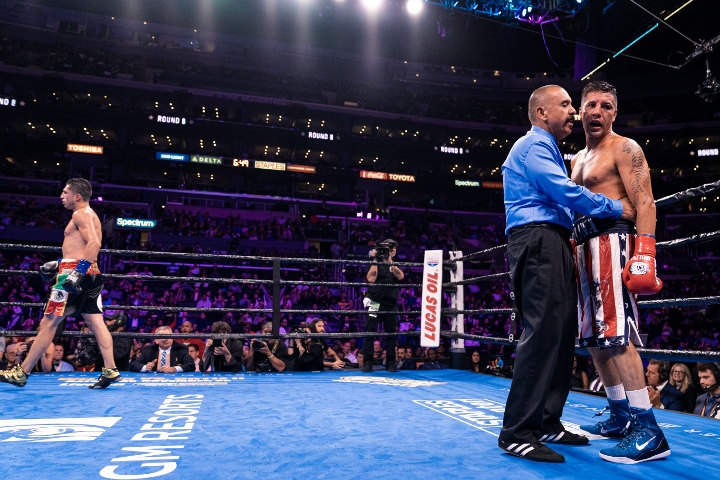 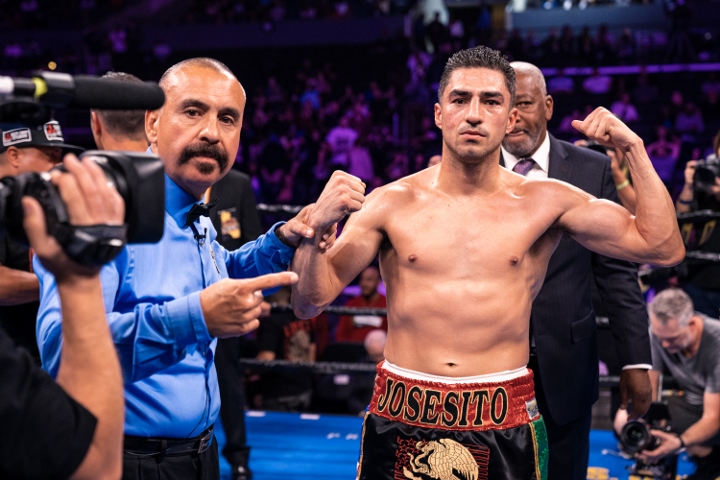