Magdaleno came out throwing power shots to get Vicente's respect. He quickly created space and was working his jab. As Vicente came in, Magdaleno caught him with a counter to drop him. Magdaleno continued to outbox him in the second and third. 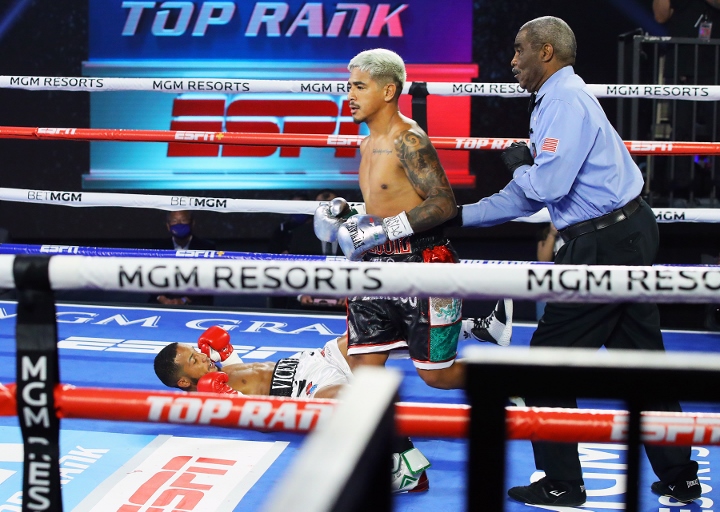 During the fourth round, Vicente hit Magdaleno with a low blow. Referee Robert Byrd was a little late in jumping in there to break the action - and Vicente clocked him with a big hook that sent Magdaleno down hard. 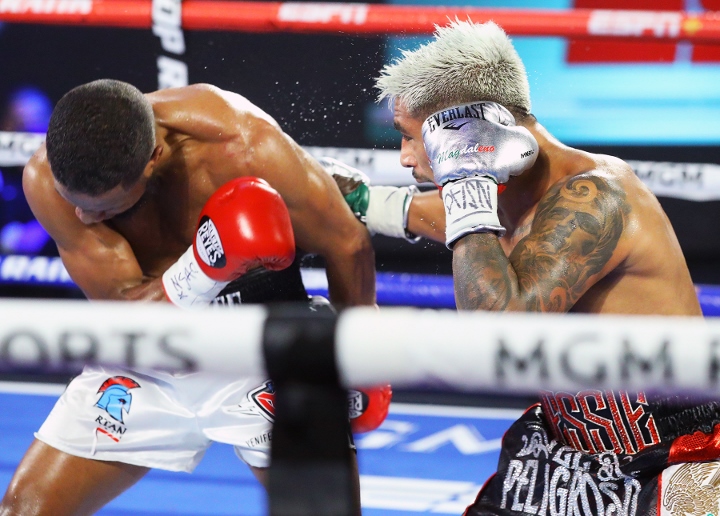 A long timeout period was called. Magdaleno was given five minutes to recover. Vicente lost two points for the incident and the action was restarted. And it didn't take long before Vicente lost another point for a low blow. 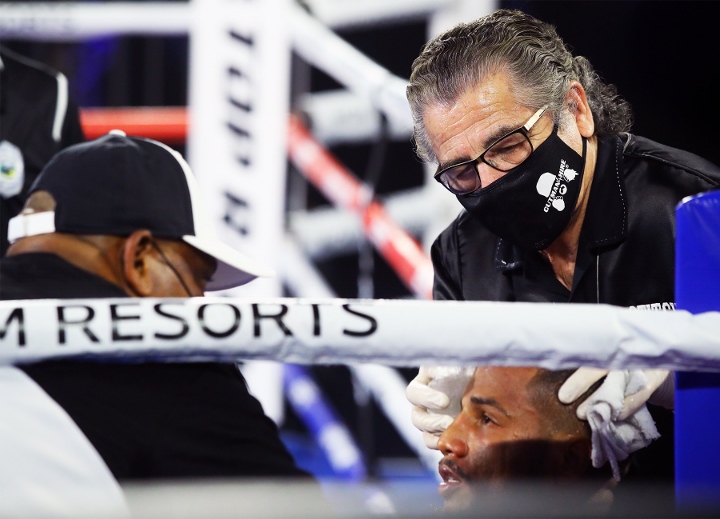 During the fifth, Magdaleno landed a check right hook to drop Vicente for a second time. As the fight played out in the second half, Vicente tried to his best to change the tide by bullying and throwing big punches, but Magdaleno was too defensive, too fast, and more accurate. 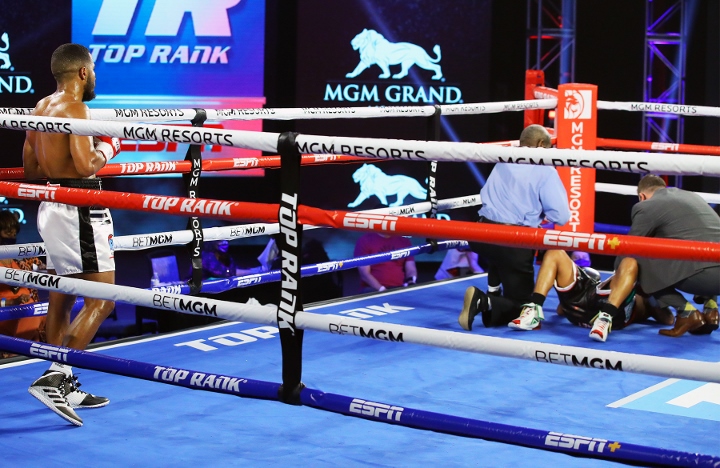 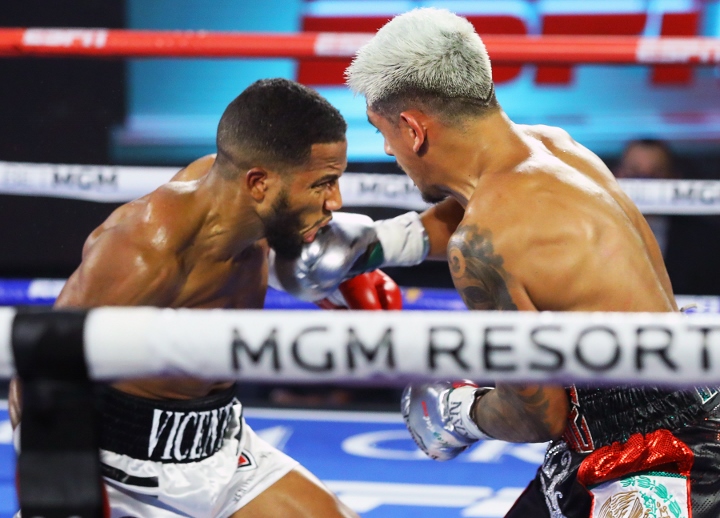 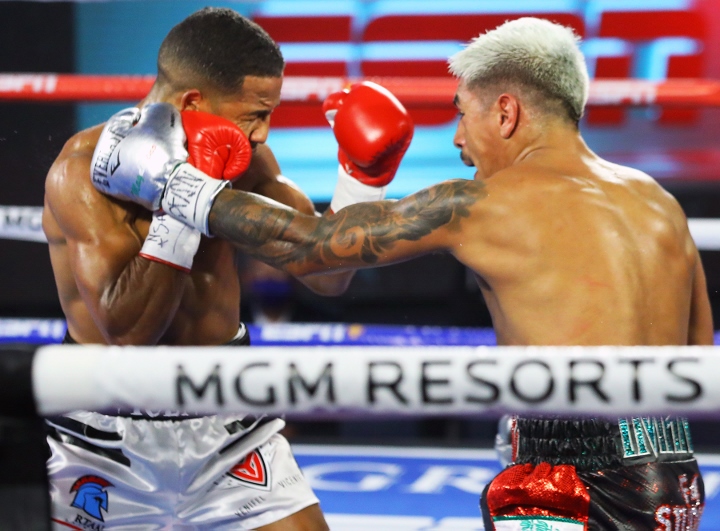 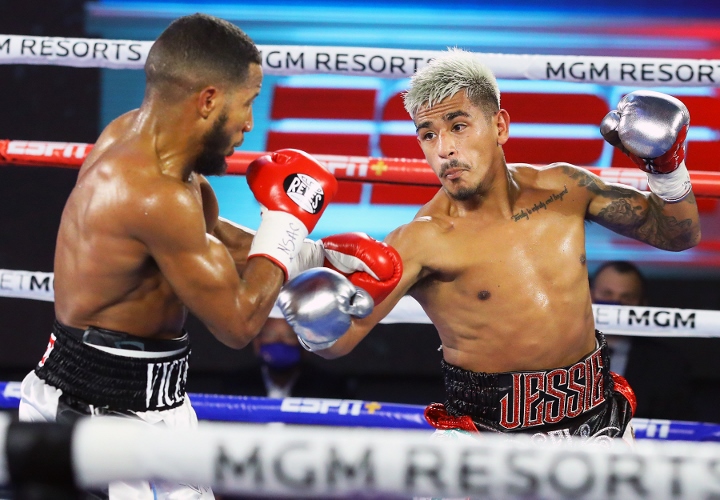 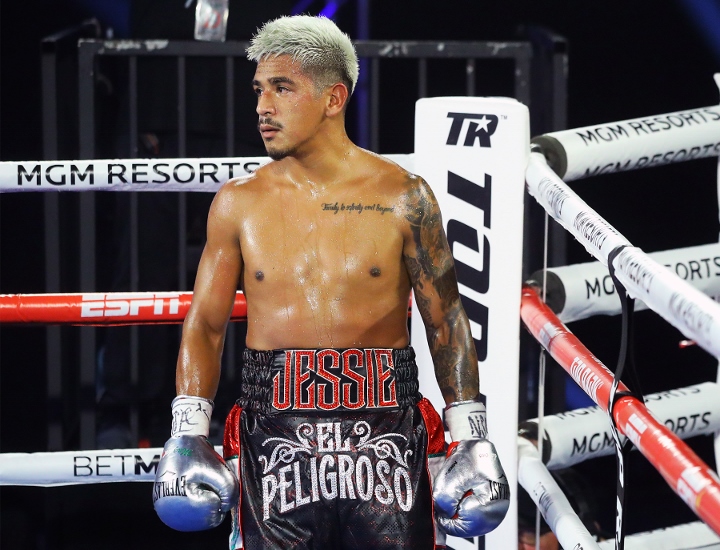 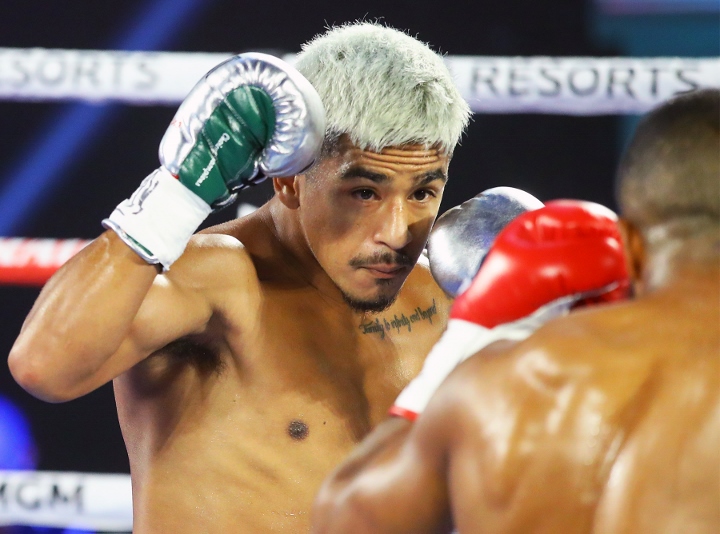 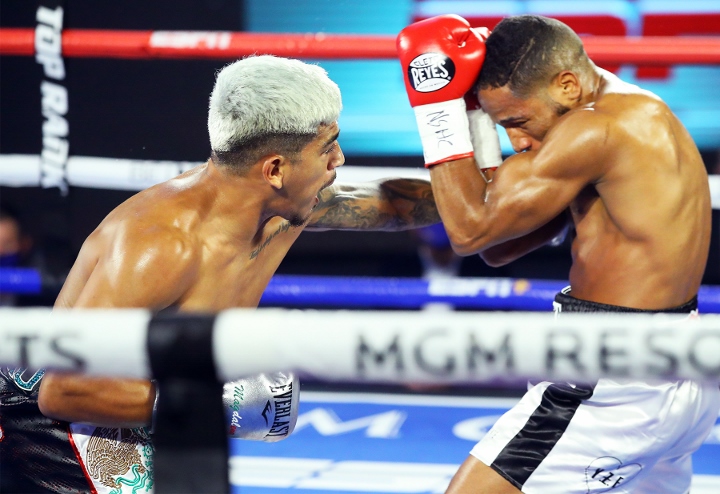 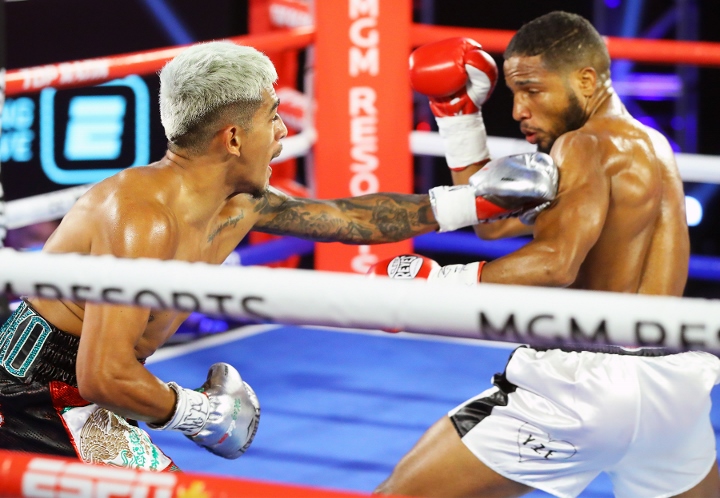 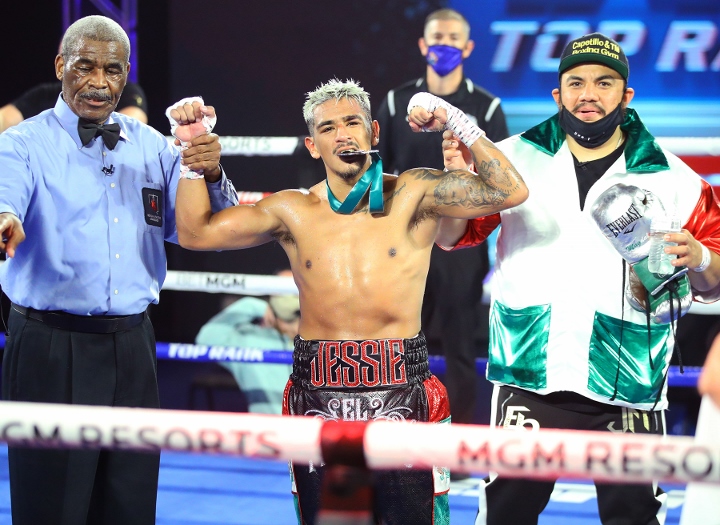 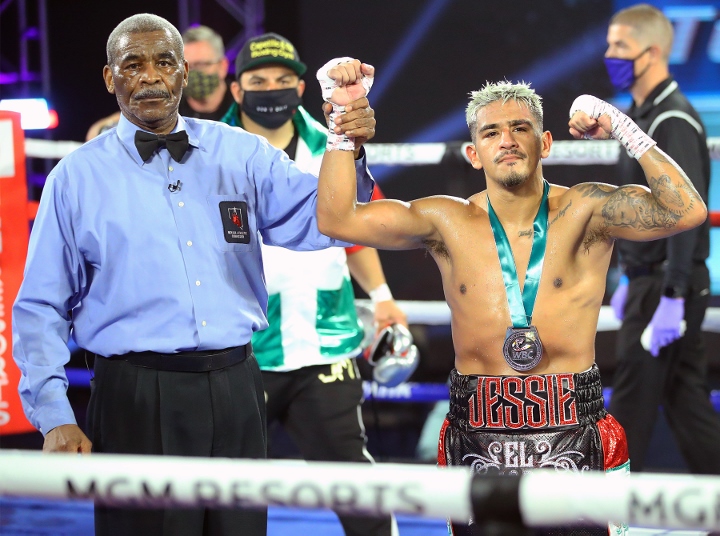 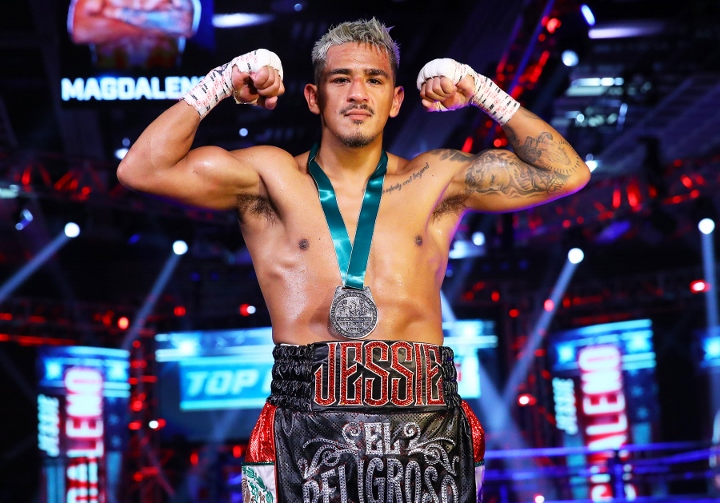