Banc of California Stadium - Former junior featherweight world champion Jessie Magdaleno is ready to take on the featherweight titans. In his second bout since moving up in weight, Magdaleno scored a ninth-round technical decision over Rafael Rivera after an elbow opened up a gash on the bridge of Magdaleno's nose. (photos by Mikey Williams).

Emanuel Navarrete was already a champion. He is now one of the sport's elite. Navarrete knocked out the previously unbeaten Francisco "Panchito" De Vaca in three rounds Saturday evening. 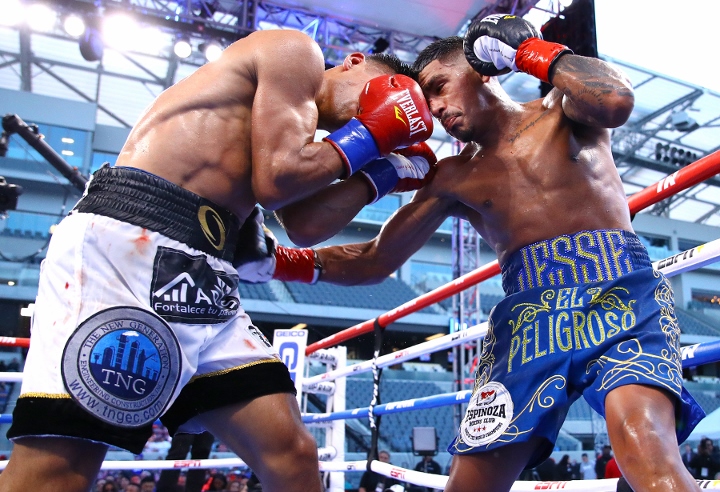 Navarrete (28-1, 24 KOs), who upset Isaac Dogboe to win the title and then defeated him in an immediate rematch, knocked down De Vaca (20-1, 6 KOs) in the second round and forced the referee to stop the fight after dishing out a sustained beating in the third. 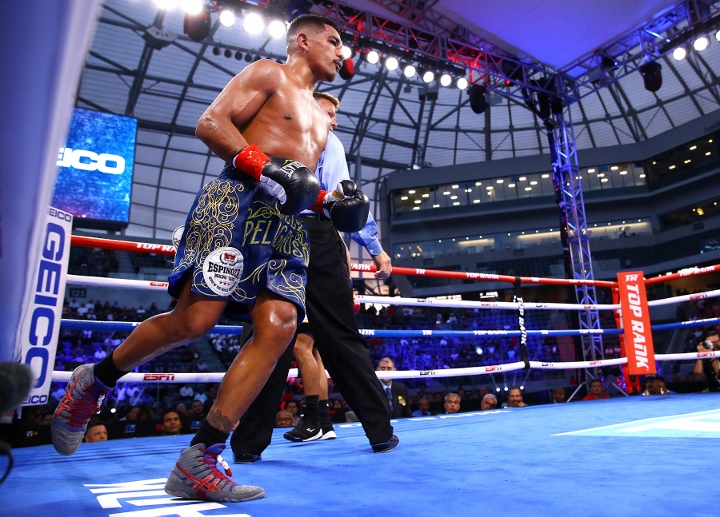 Super lightweight contender Arnold Barboza Jr. (22-0, 9 KOs) dished out a sustained beating to Ricky Sismundo, and Sismundo's corner stopped the bout following the conclusion of the fourth round, 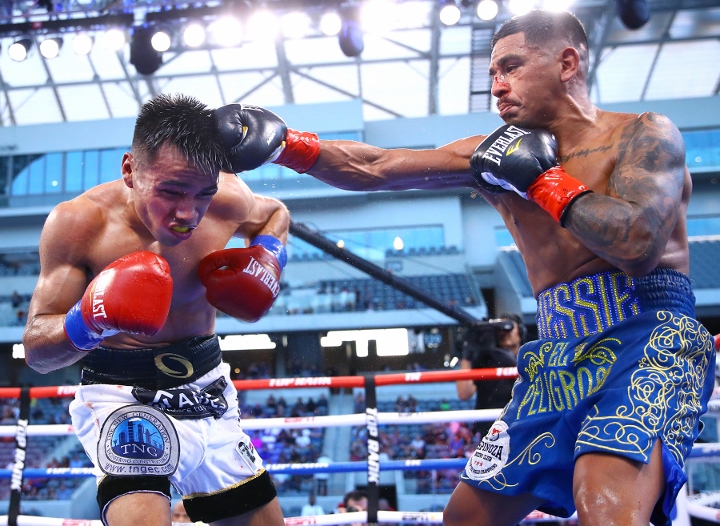 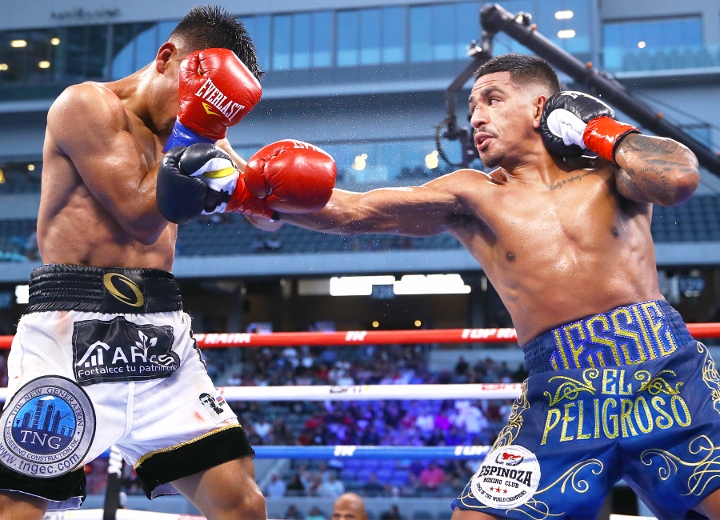 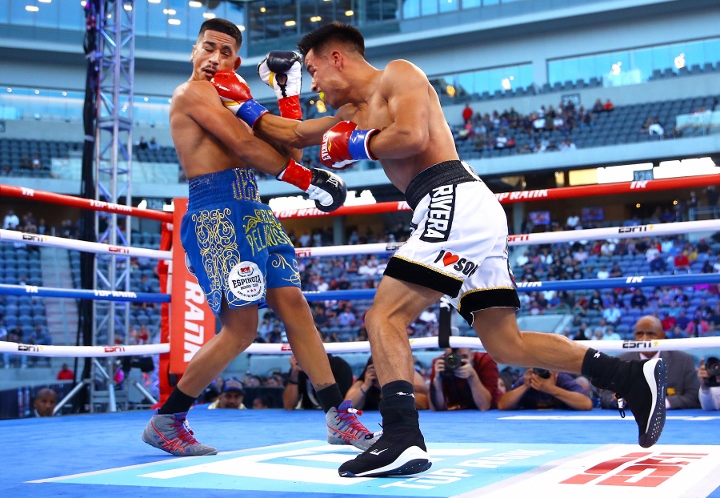 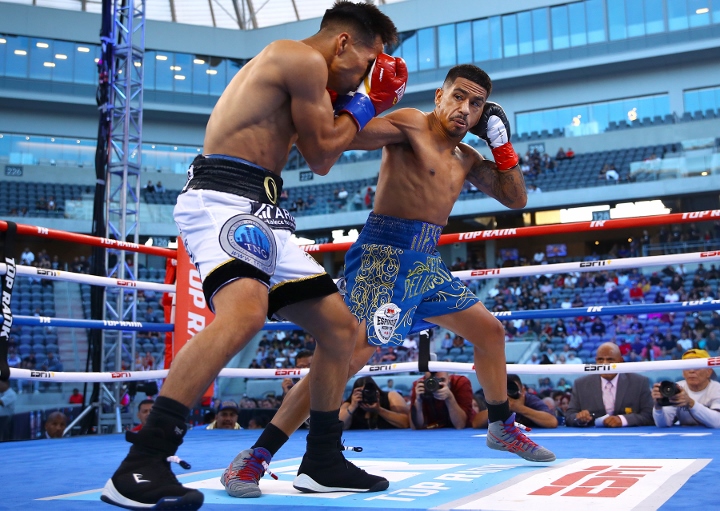 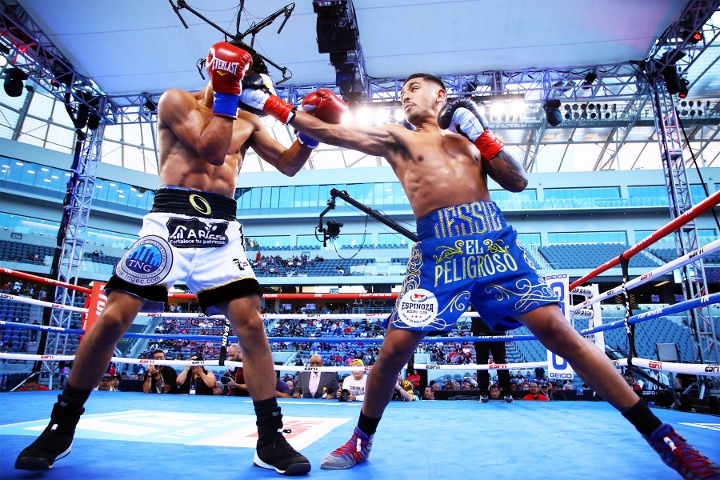 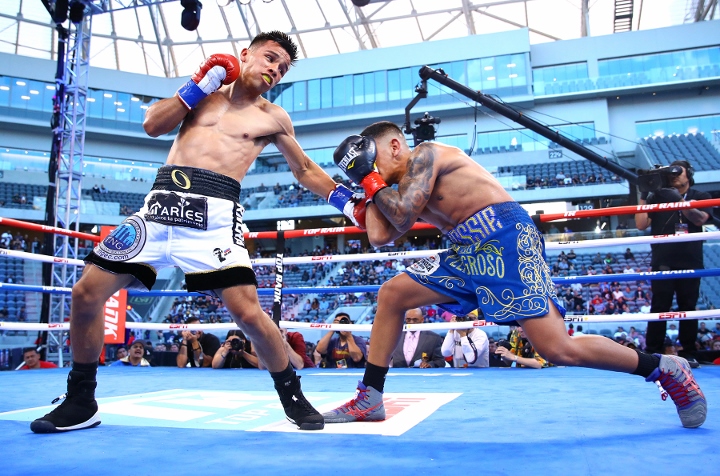 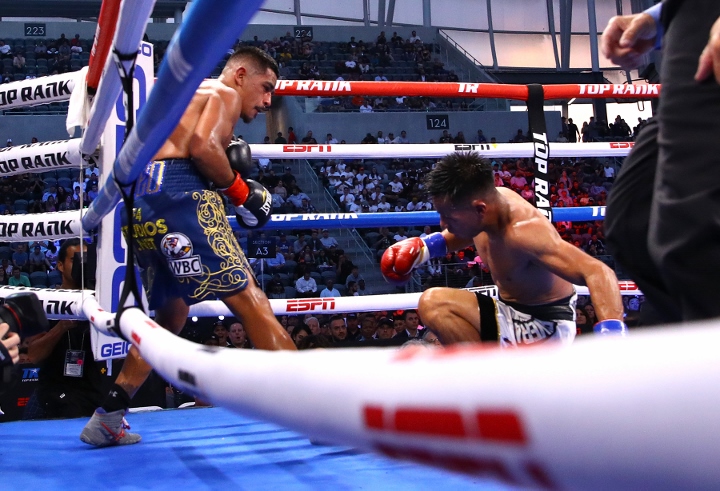 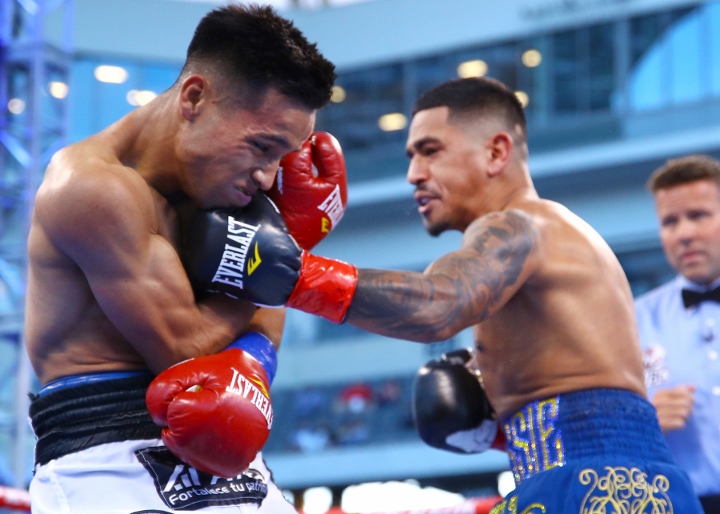 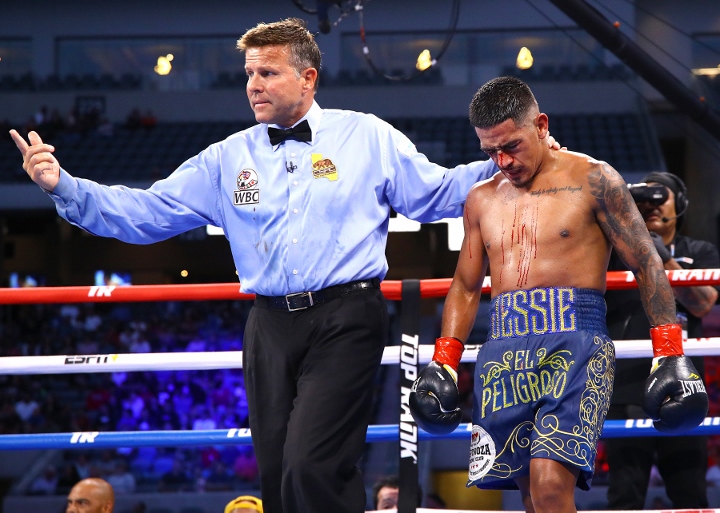 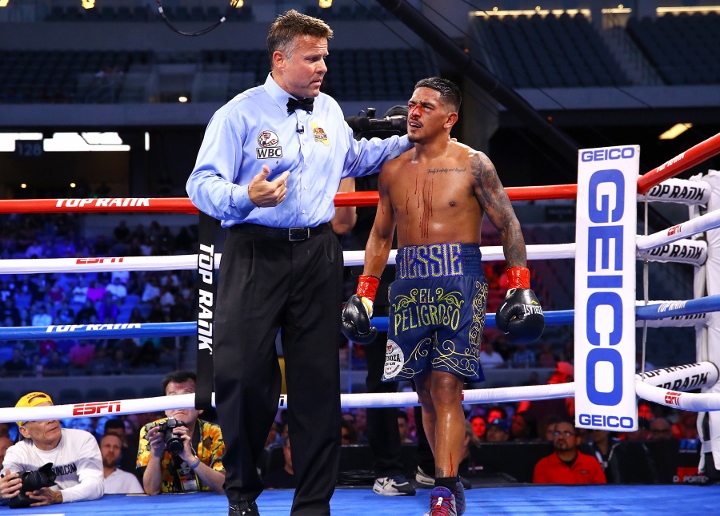 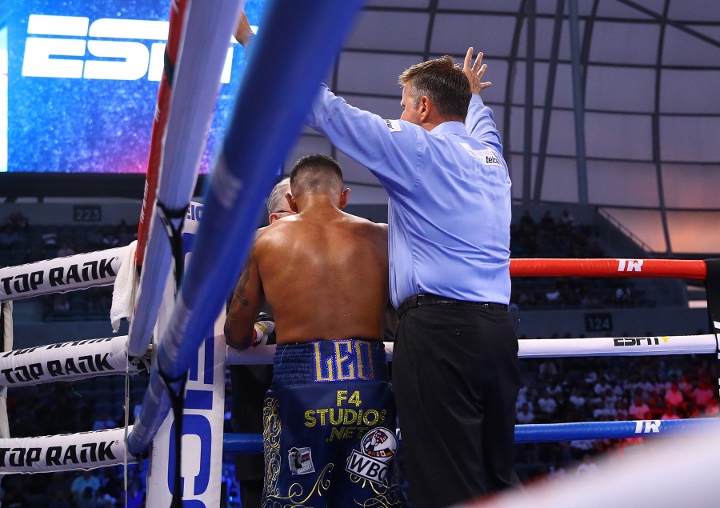 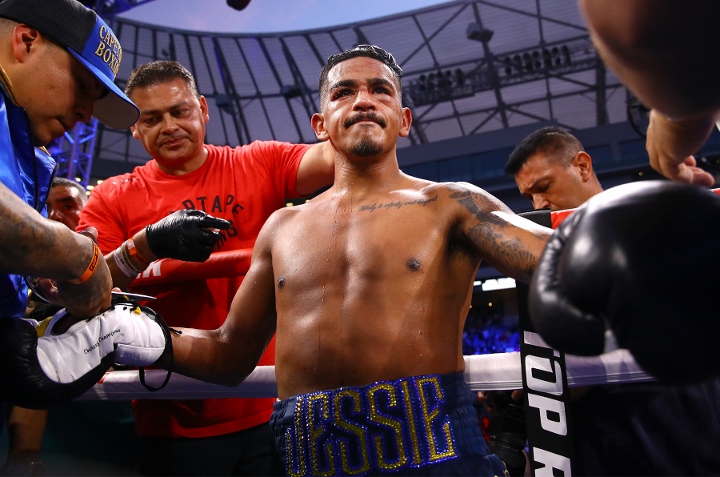 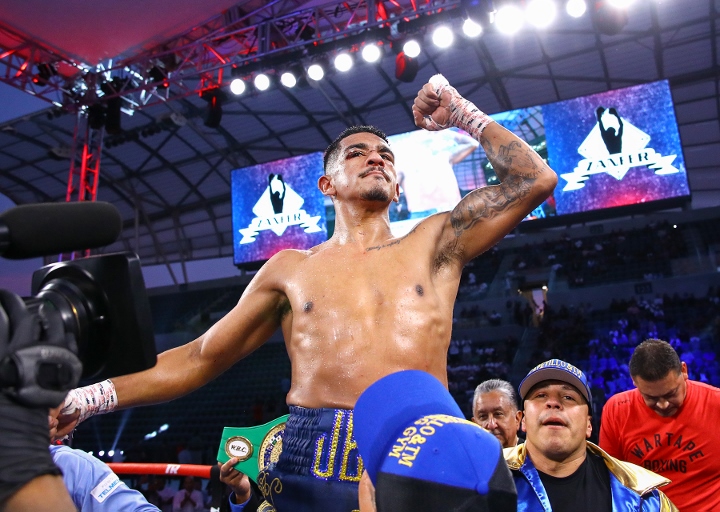 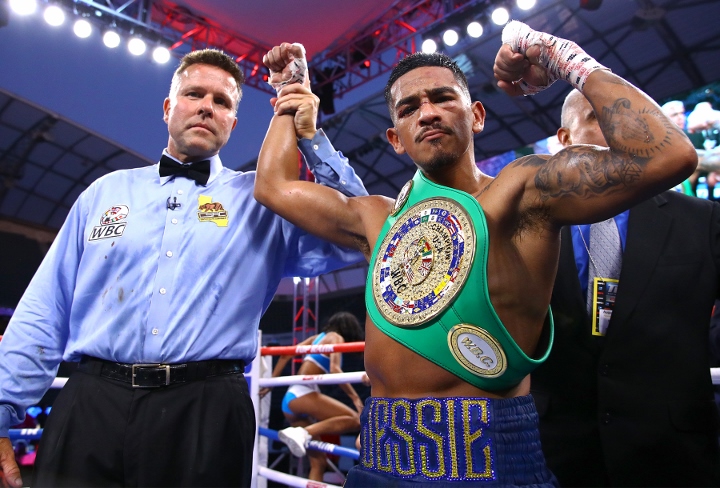 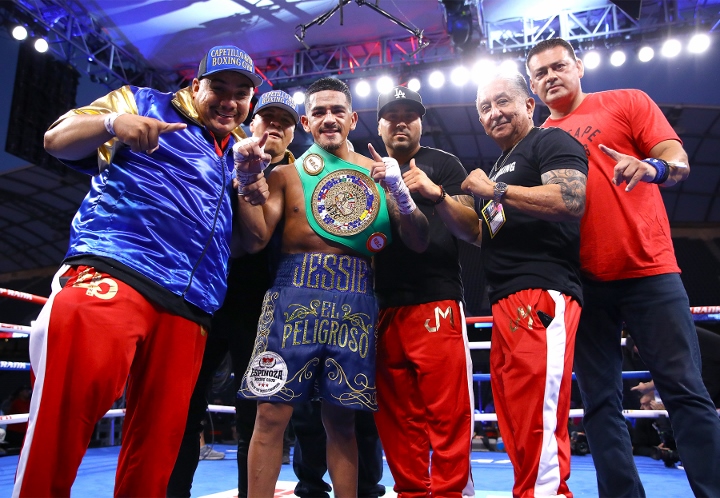