Super flyweight world champions Juan Francisco Estrada and Roman ‘Chocolatito’ Gonzalez went face to face at the official weigh-in ahead of their unification rematch at the American Airlines Center in Dallas, Texas on Saturday night, live worldwide on DAZN. (photos by Ed Mulholland)

Estrada and Chocolatito renew their rivalry over eight years since their first meeting in LA, with Chocolatito coming out on top and retaining his World Light-Flyweight title. The champion was on his way to being the pound-for-pound number one at the time of their first bout, while Estrada was in his first World title fight – and now they both hold belts going into the rematch. 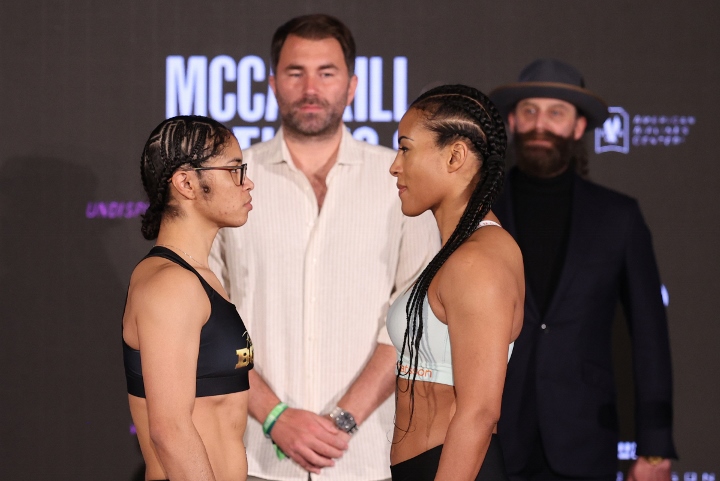 There’s another case of repeat or revenge as Jessica McCaskill (9-2 3 KOs) defends the undisputed World Welterweight title against Cecilia Braekhus (36-1 9 KOs) and there’s a Matchroom debut on the card for Hiroto Kyoguchi (14-0 9 KOs) as he defends his WBA and Ring Magazine World Light-Flyweight titles against Axel Vega (14-3-1 8 KOs), and it's a huge night for a clutch of rising talents on the bill. 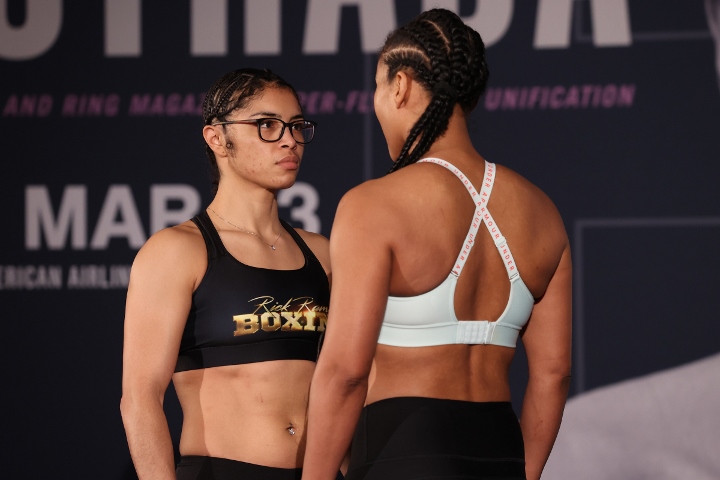 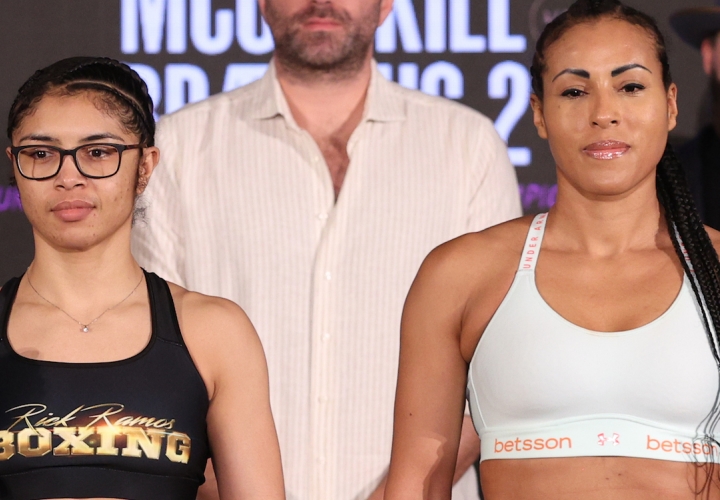 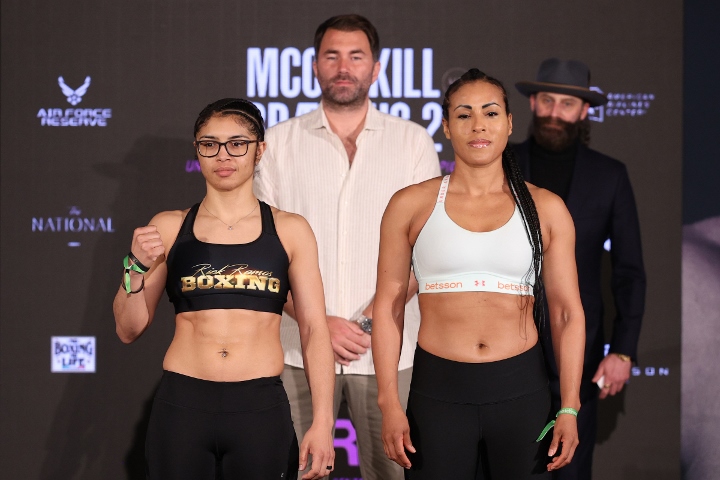 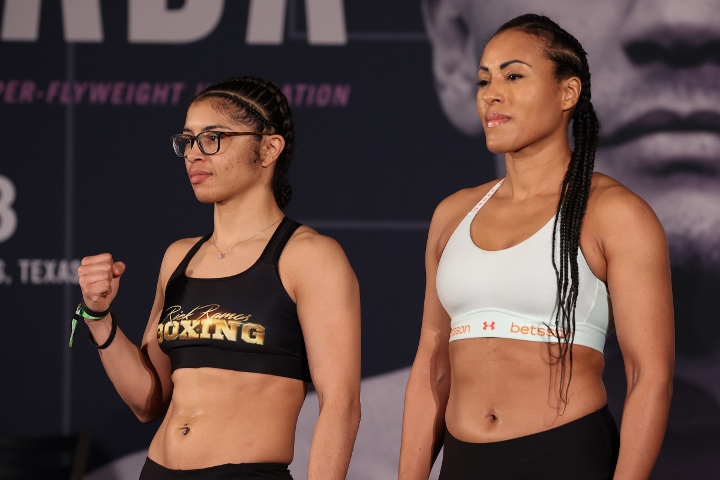 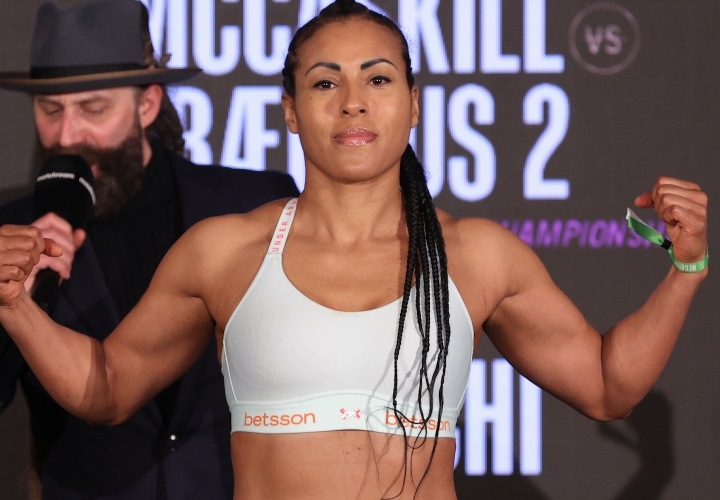 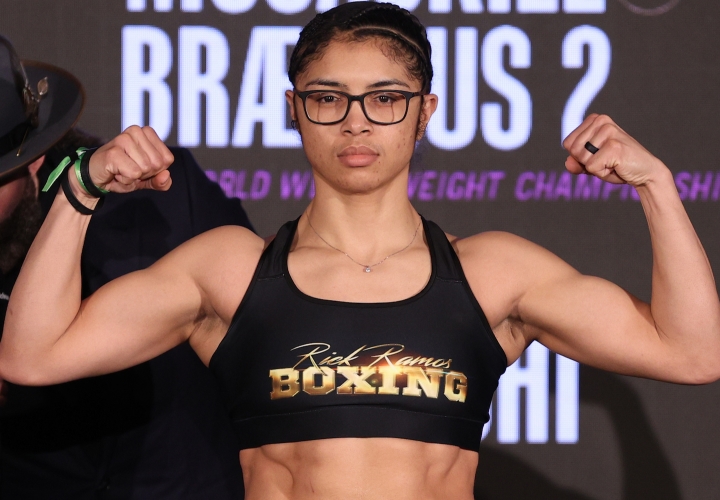 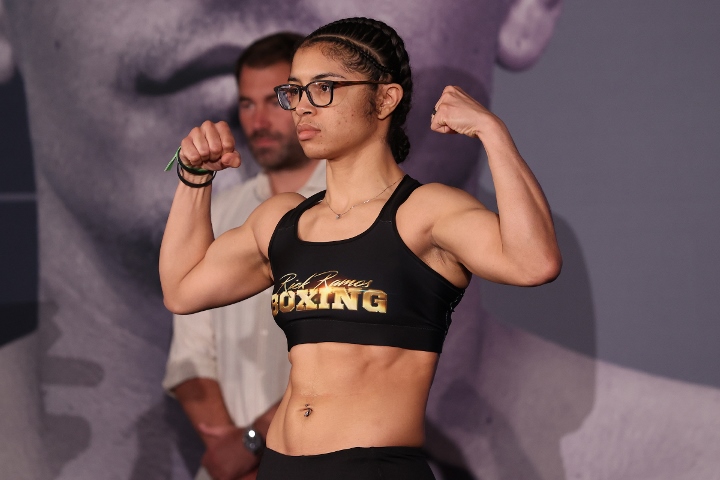 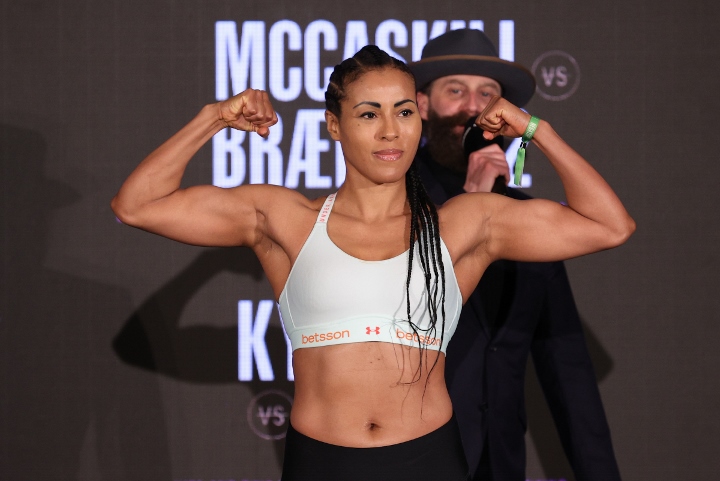 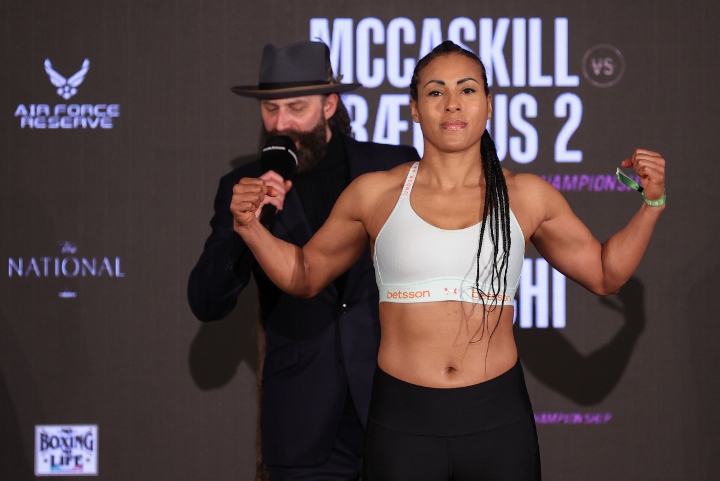 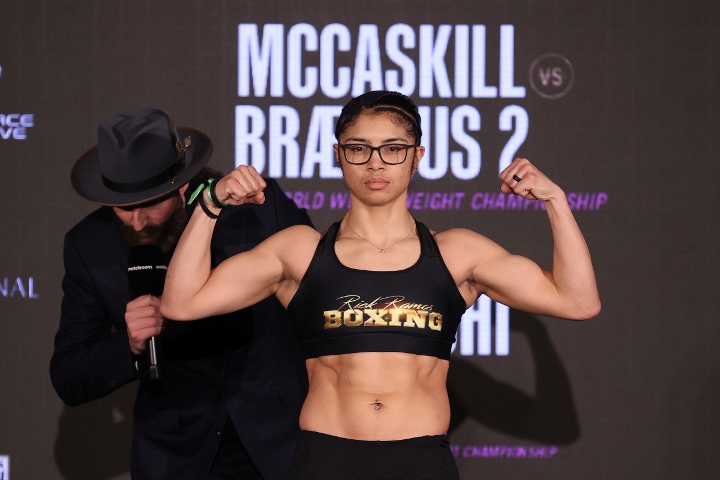