Newcastle, UK - In an IBF junior welterweight final eliminator, Jeremias Ponce (28-0, 18 KOs) broke down and knocked out Lewis Ritson (21-2, 12 KOs) in the tenth round. (photos by Mark Robinson)

It was bad news for Ritson in the first round. He was badly hurt to the body and took punishment from Ponce for most of the round - as he managed to recover by bell. 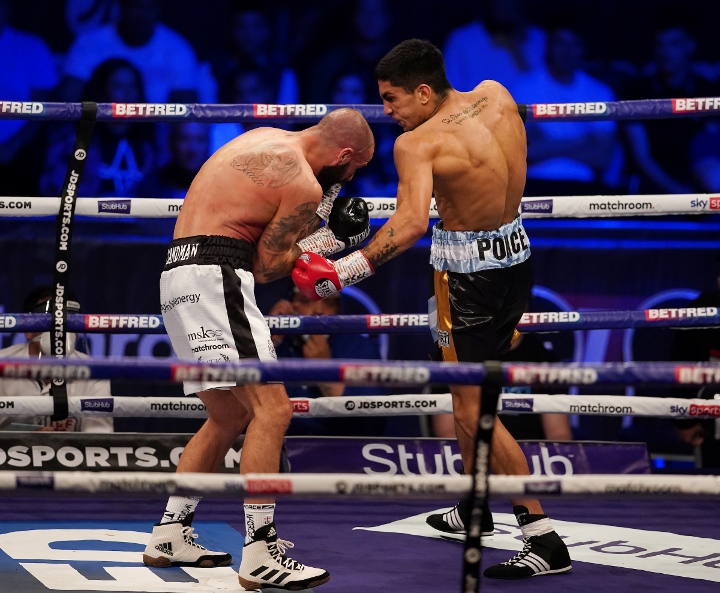 In the second, they were trading punches in close for most of the three minutes. During the third, Ponce was able to outland Ritson often with heavy punches to the head - which the hometown fighter took very well.  The fourth saw a give and take battle, with Ritson taking more than he was giving. 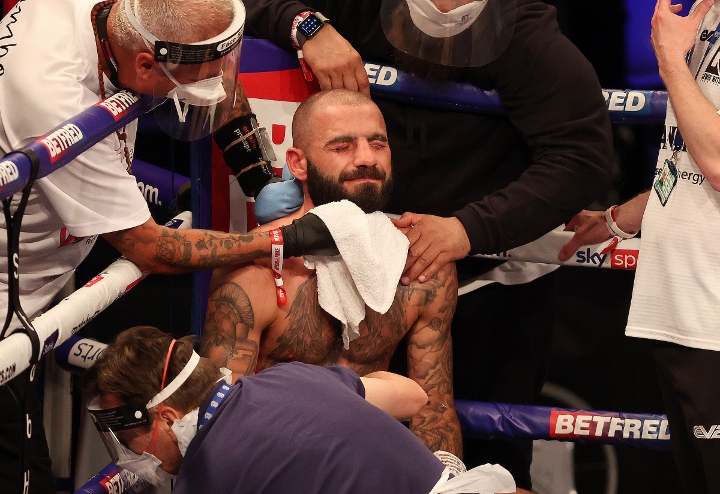 Ponce continued to outwork Ritson in the fifth. Ritson, who seemed to be taking a lot of punches with few issues, was fighting back hard. In the sixth, the workrate of Ponce was starting to get a little tired as Ritson was staying on the backfoot and letting his opponent work. But the strategy was allowing Ponce outwork him with a lot of punches. 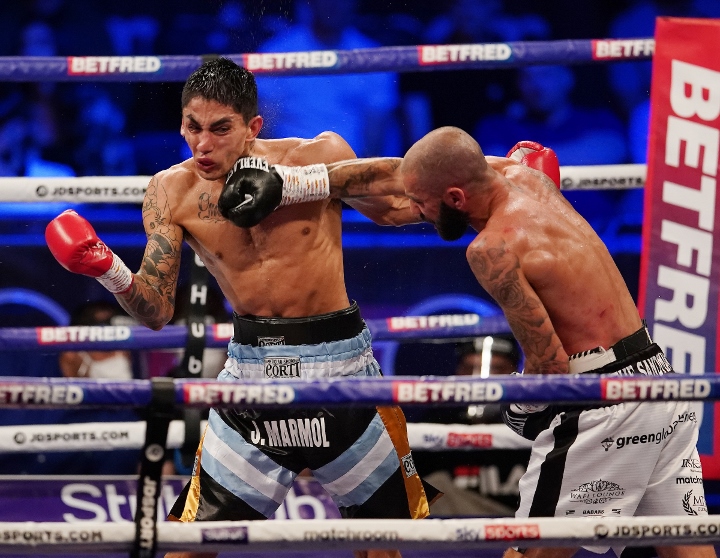 In the seventh, Ritson was shooting a jab as the action cooled down. Eventually Ponce picked the pace and was outworking Ritson with heavy shots. More of the same in the eight, with Ponce really working over Ritson to the head and body. The ninth saw Ponce letting his hands go on Ritson, who was trying to counter but not getting off with enough punches. 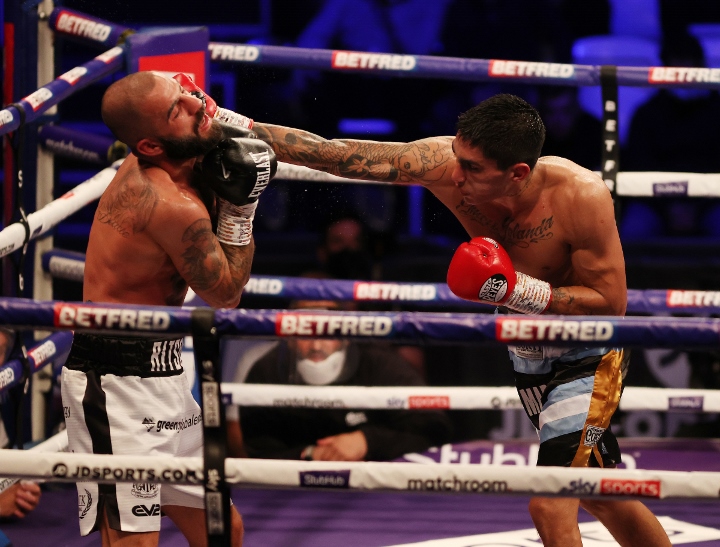 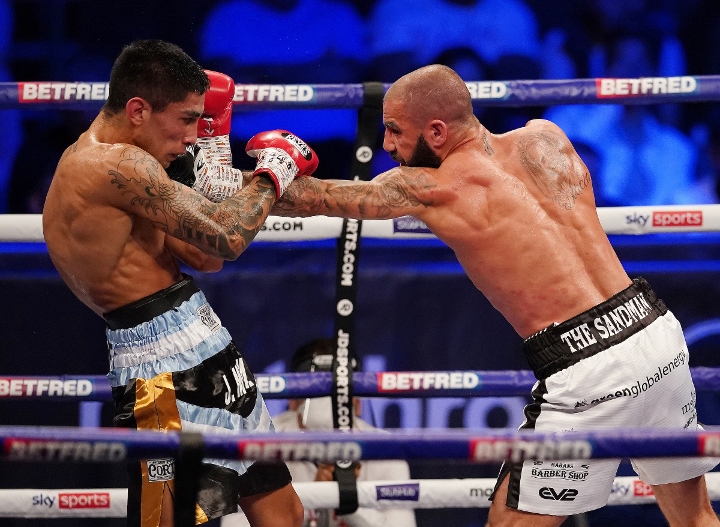 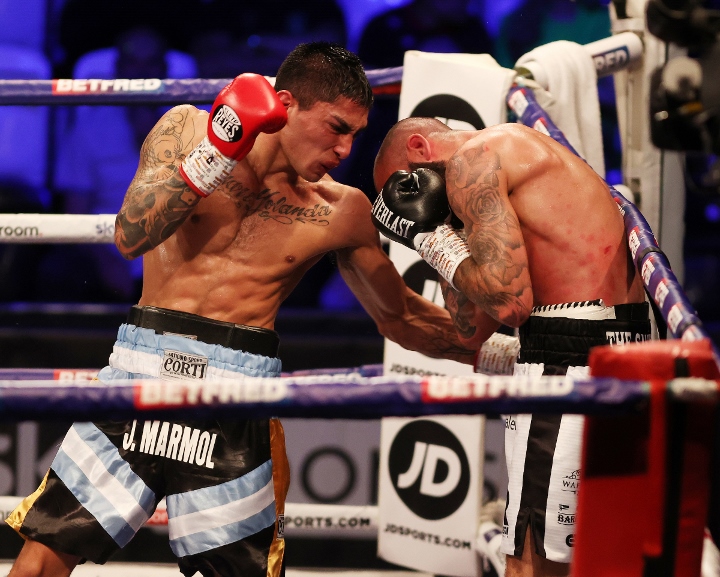 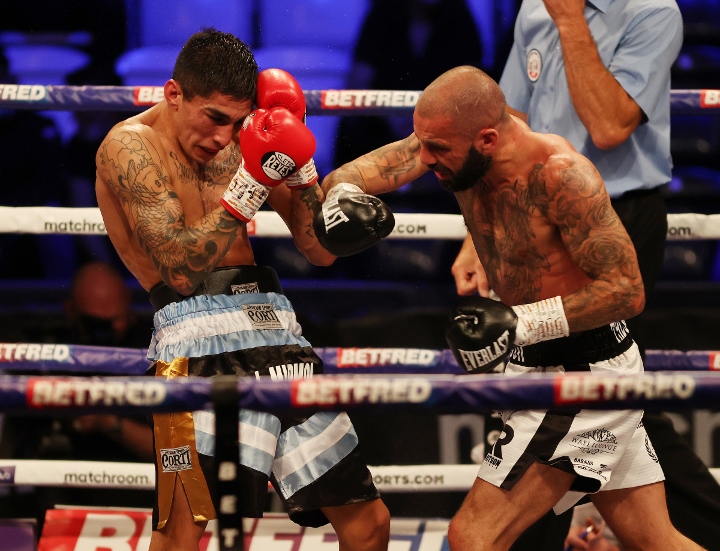 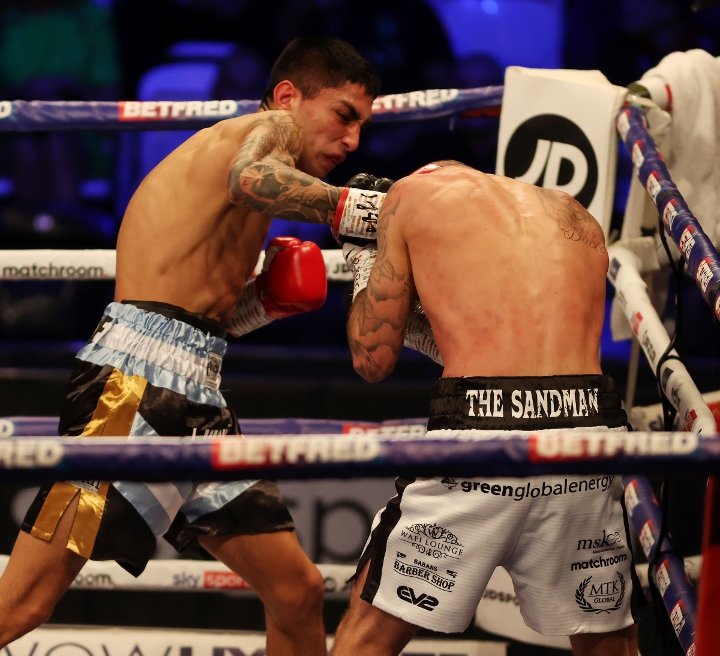 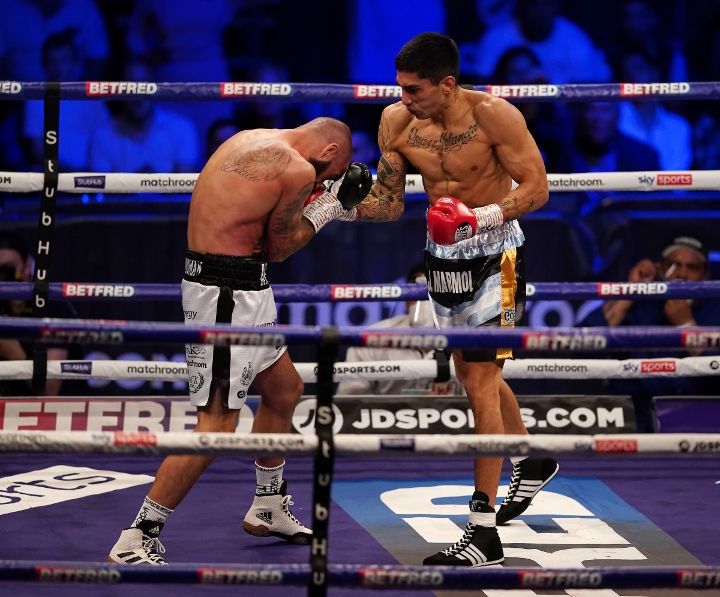 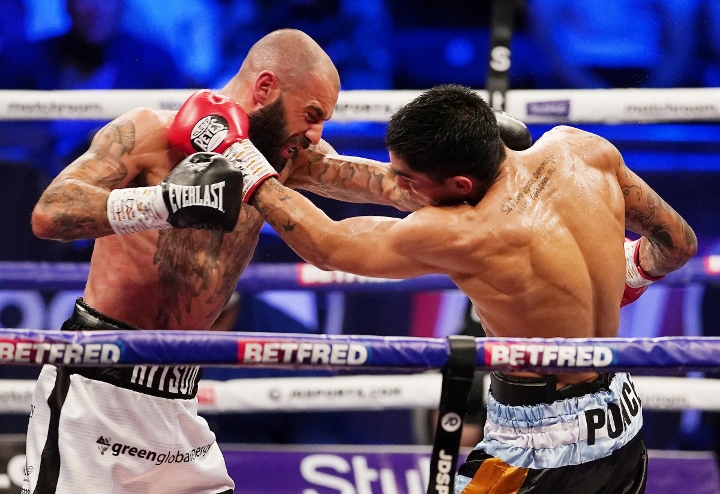 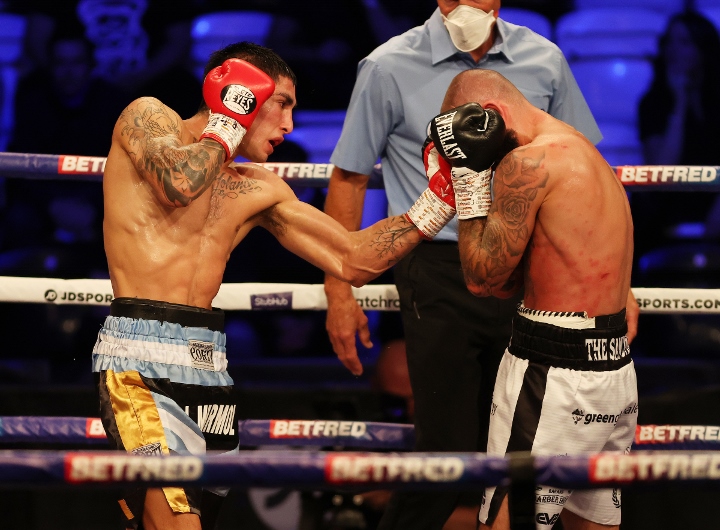 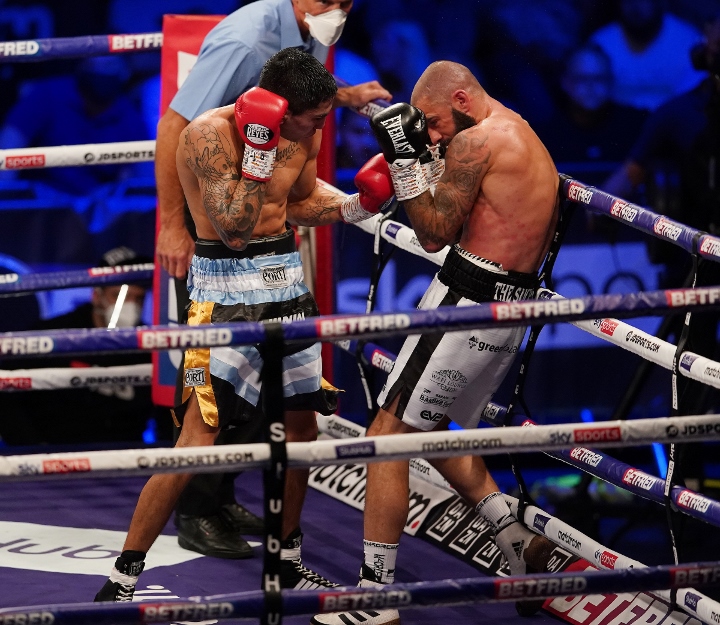 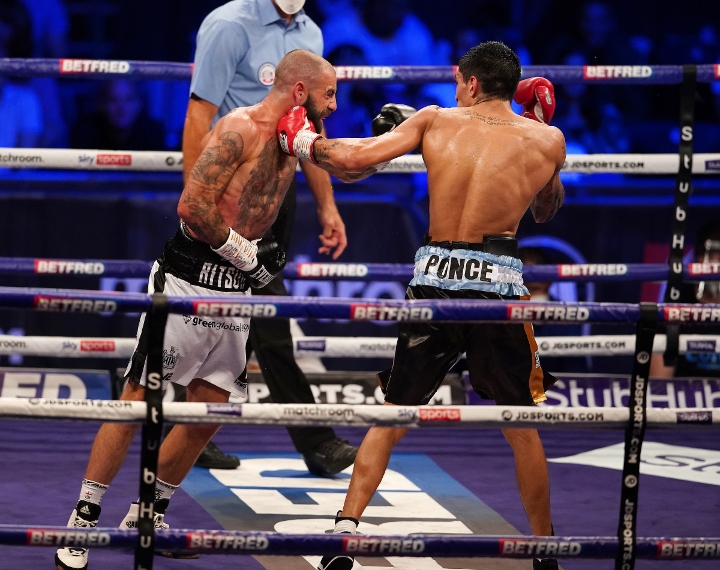 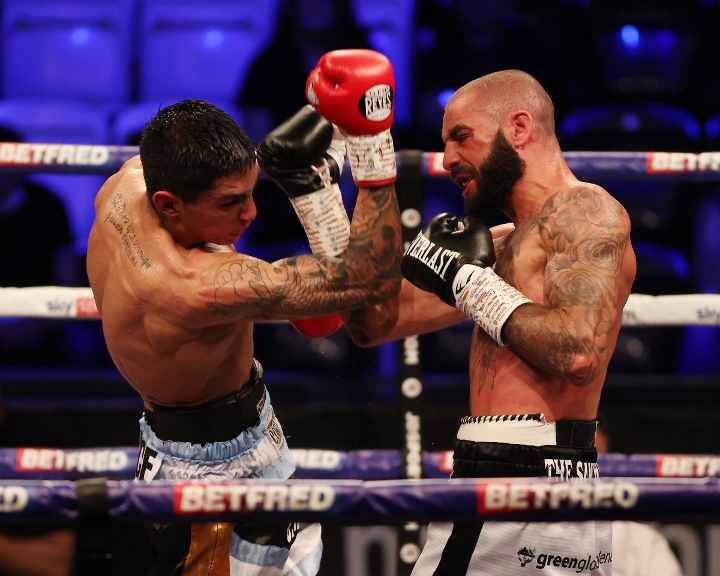 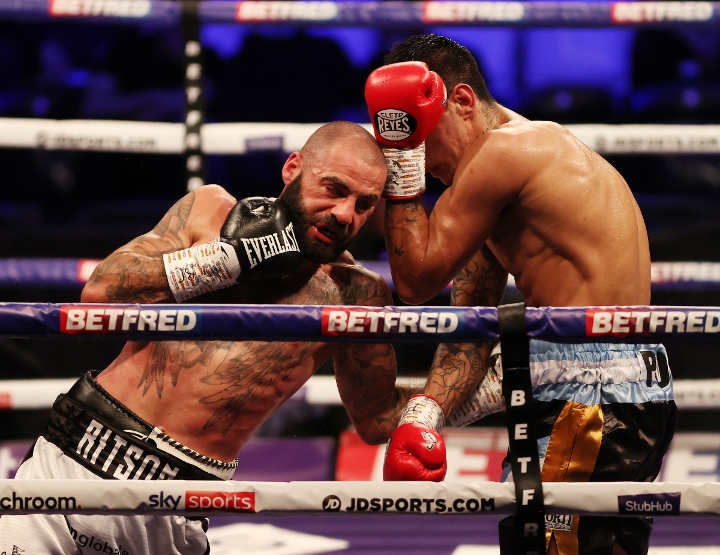 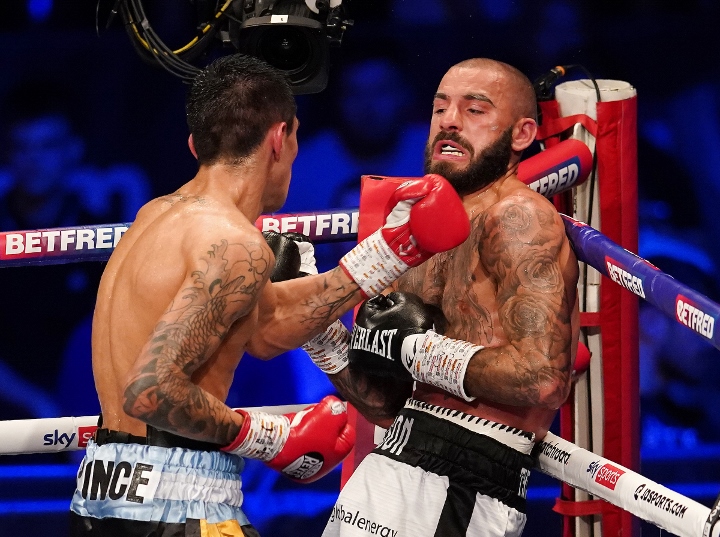 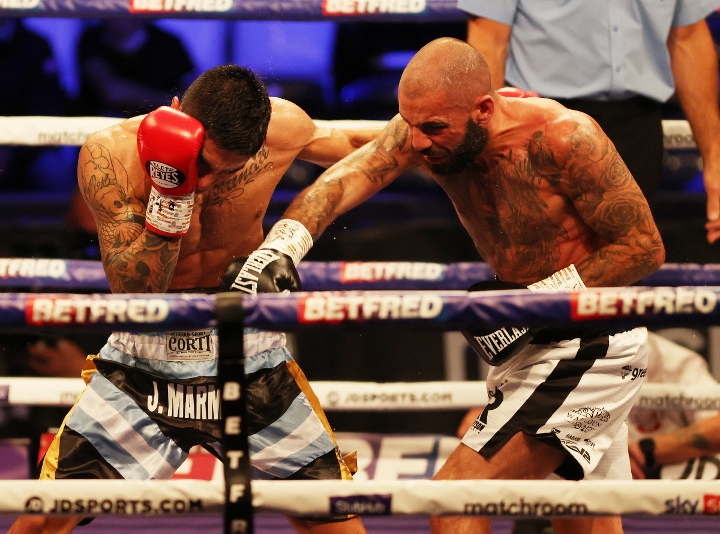 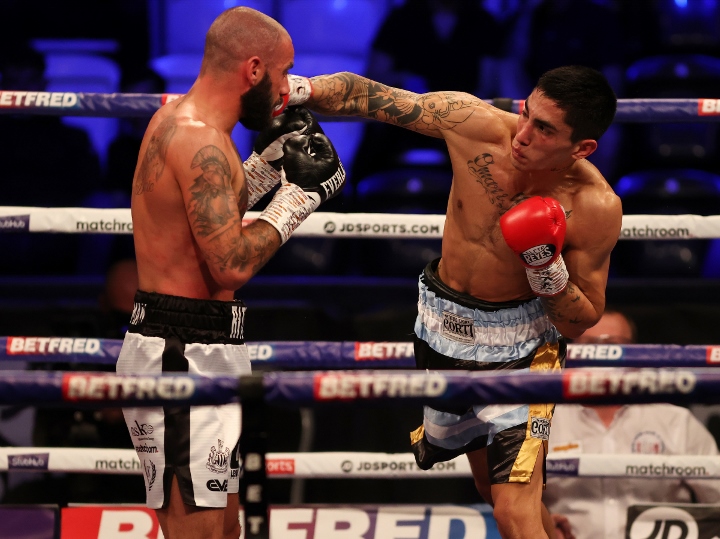 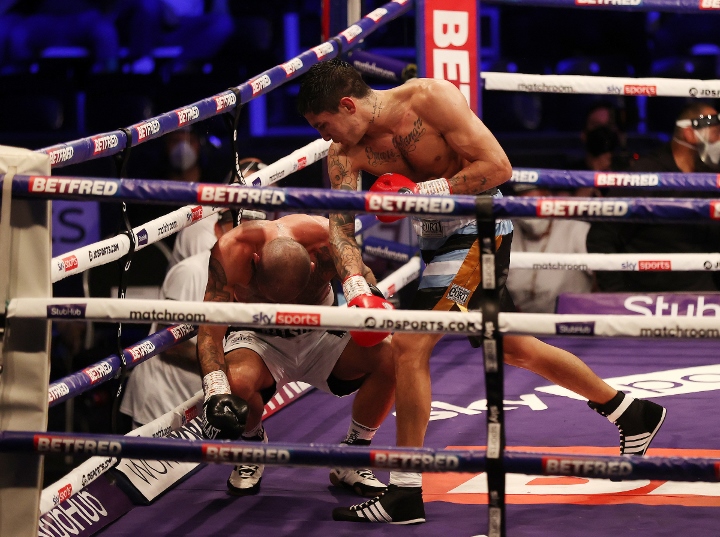 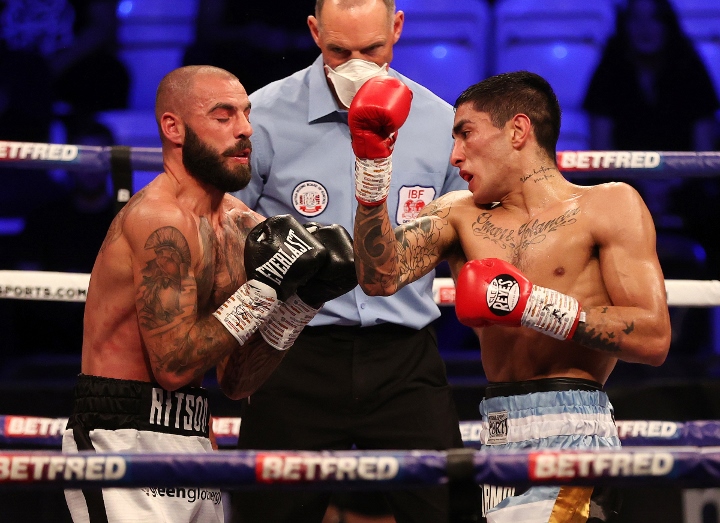 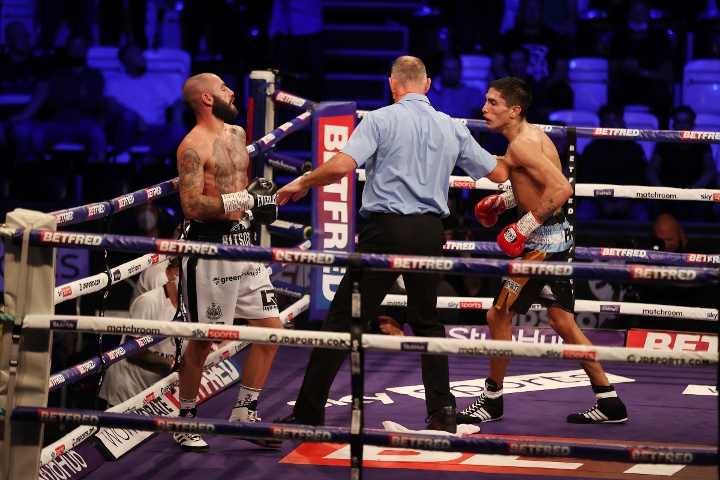 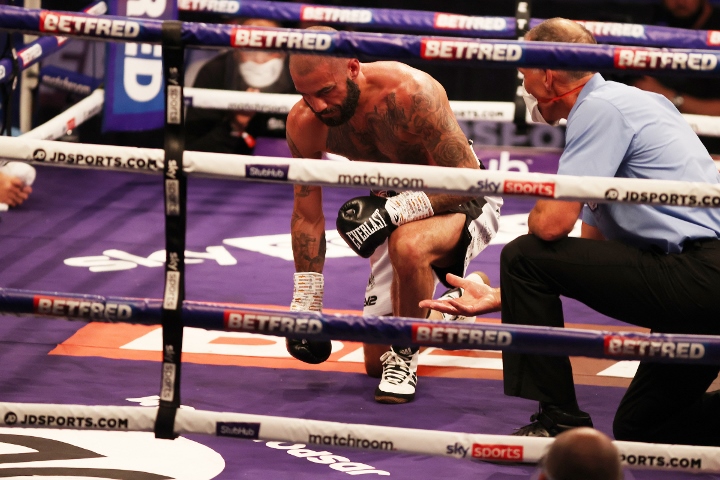 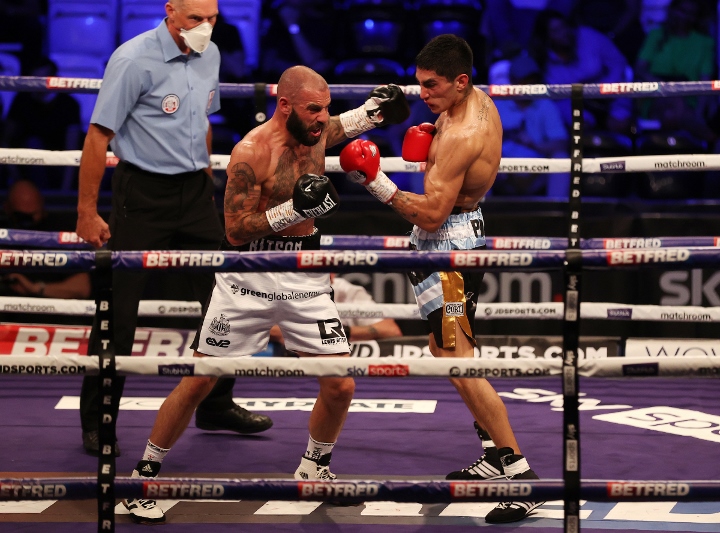 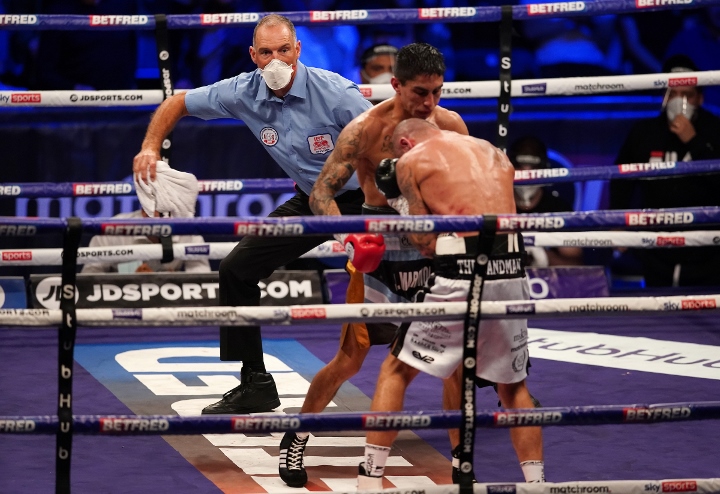 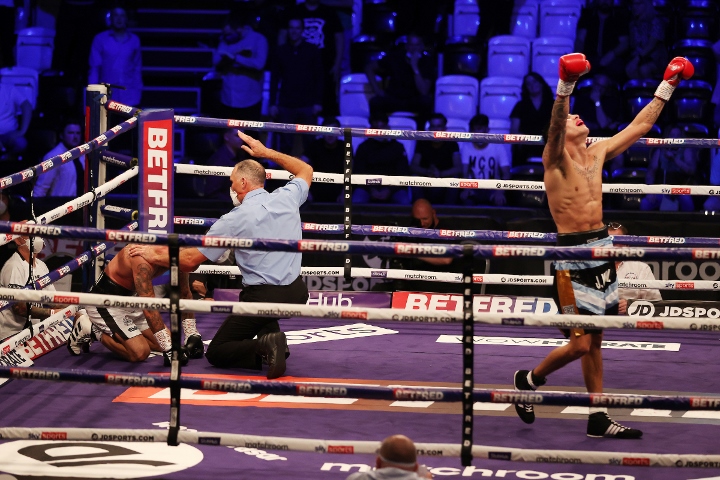 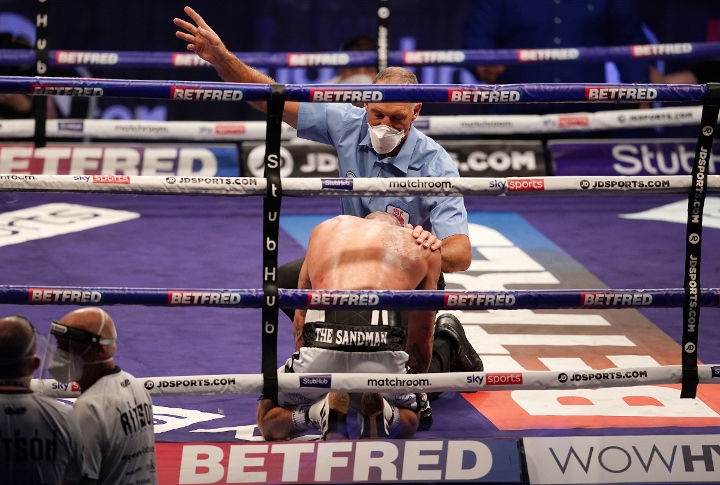 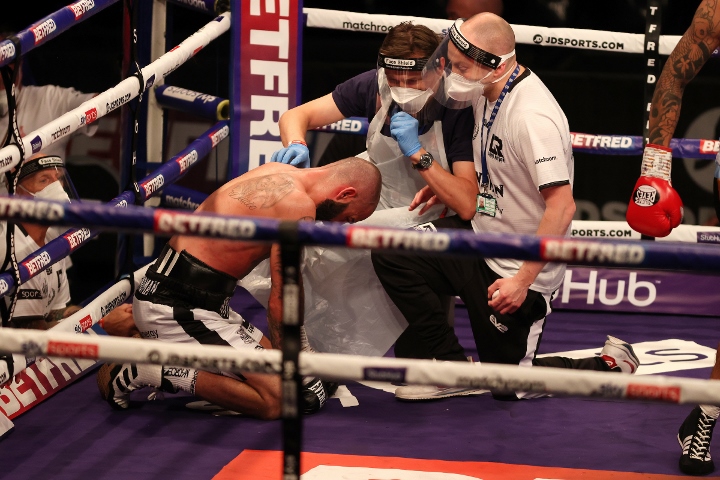 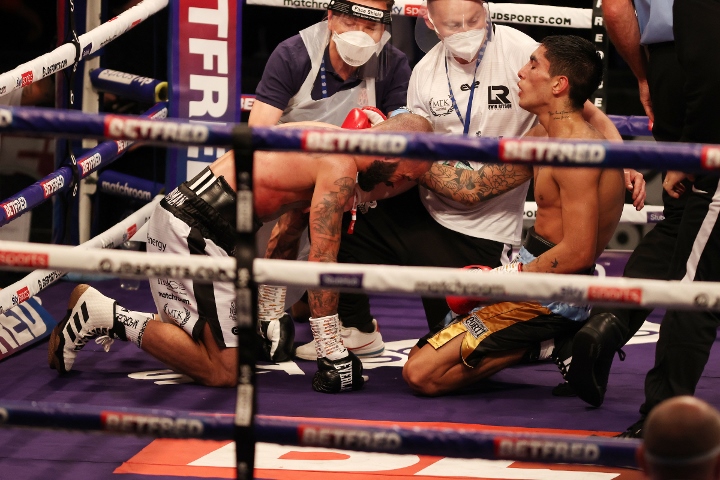 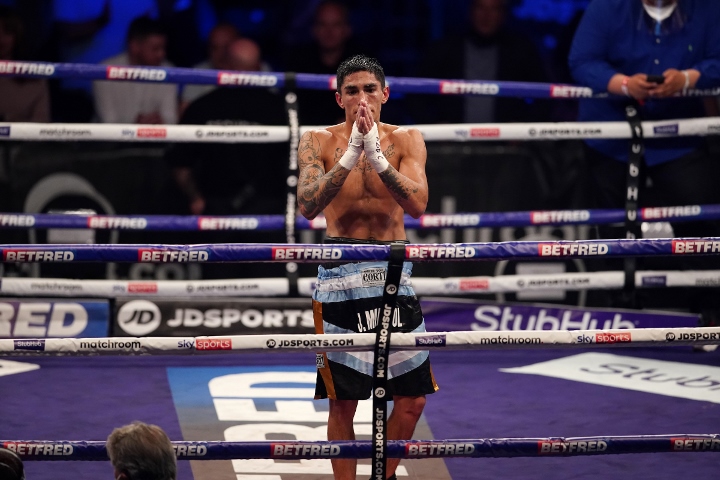 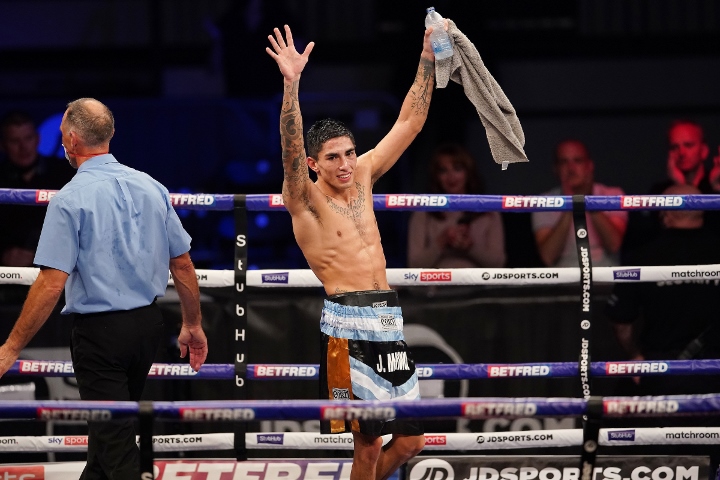