Renowned content creator and unbeaten pro boxer Jake “The Problem Child” Paul and former UFC champion Tyron “The Chosen One” Woodley kicked off fight week on Wednesday with an open to the public media workout before they headline on SHOWTIME PPV this Sunday, August 29 from Rocket Mortgage FieldHouse in Cleveland. (photos by Amanda Westcott)

The media workout also featured fighters who will be competing in undercard action, including Puerto Rican star and WBC/WBO Featherweight World Champion Amanda “The Real Deal” Serrano, who will enter the ring in the PPV co-feature, former world champion Ivan Baranchyk and unbeaten Cleveland-native Montana Love, who meet in a 10-round attraction, plus U.K. stars Daniel “Dynamite” Dubois and Tommy “TNT” Fury, who compete in separate PPV undercard bouts. 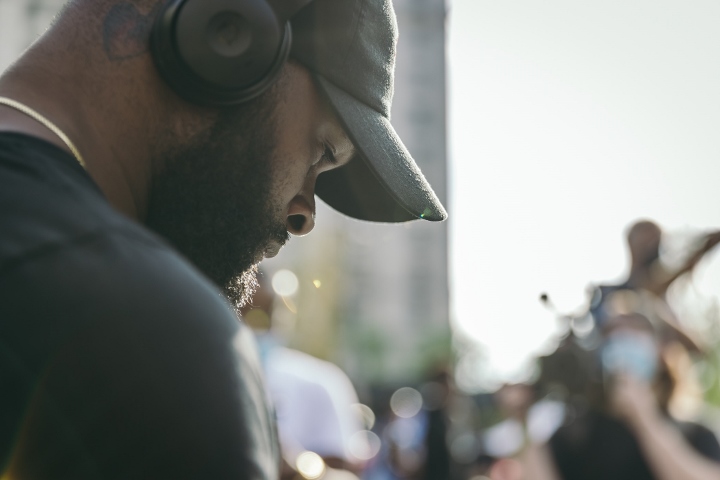 Rounding out the participants on Wednesday was 2016 U.S. Olympian and Cleveland-native Charles Conwell, who will enter the ring for an undercard showdown prior to the PPV. 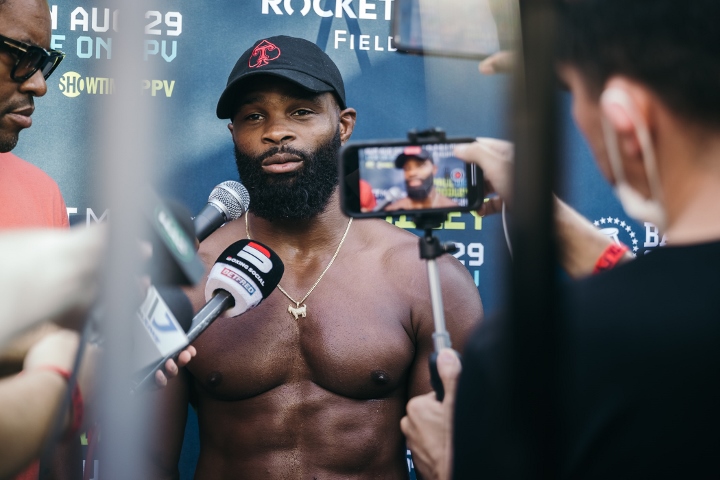 The Cleveland-native Paul will be looking to thrill his hometown crowd on Sunday night topping a stacked night of action as he takes on the toughest test of his burgeoning boxing career in the dangerous and accomplished Woodley. 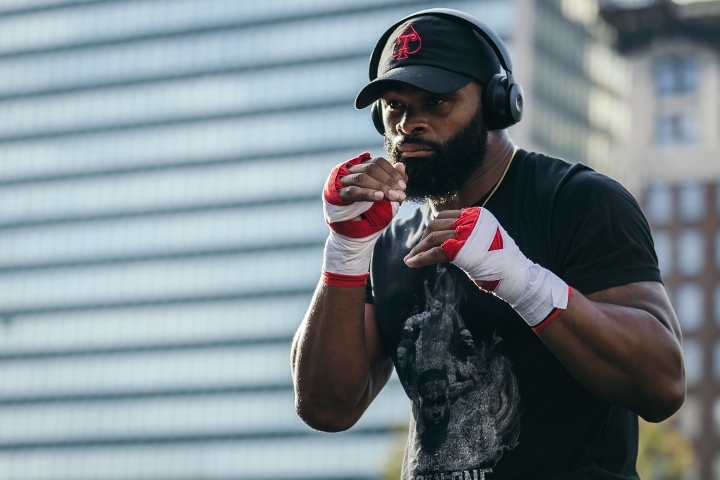 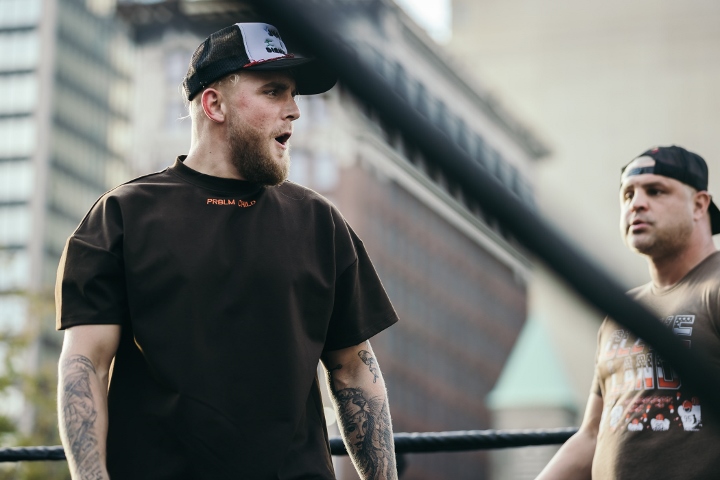 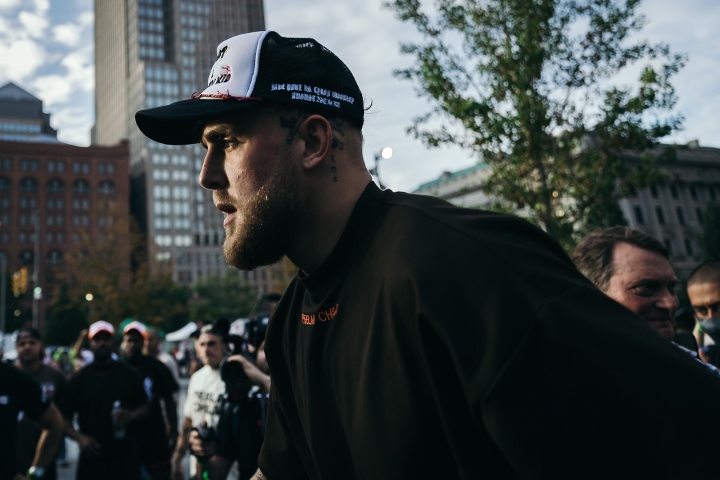 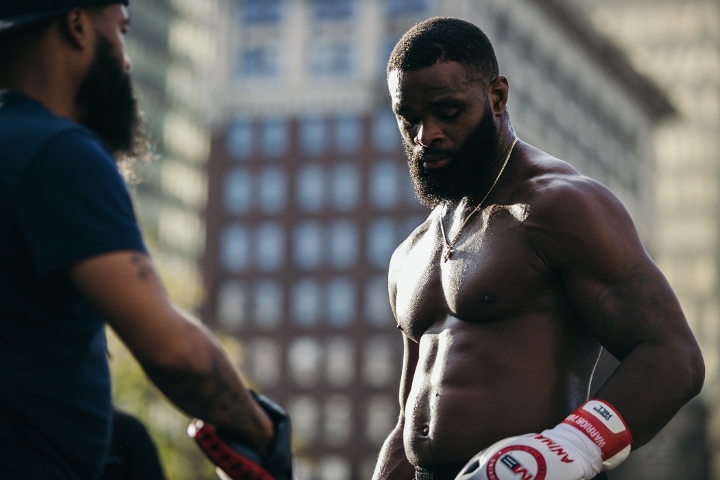 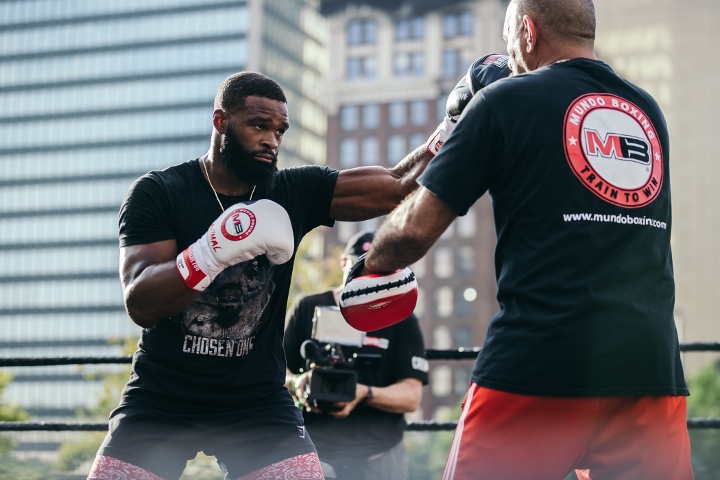 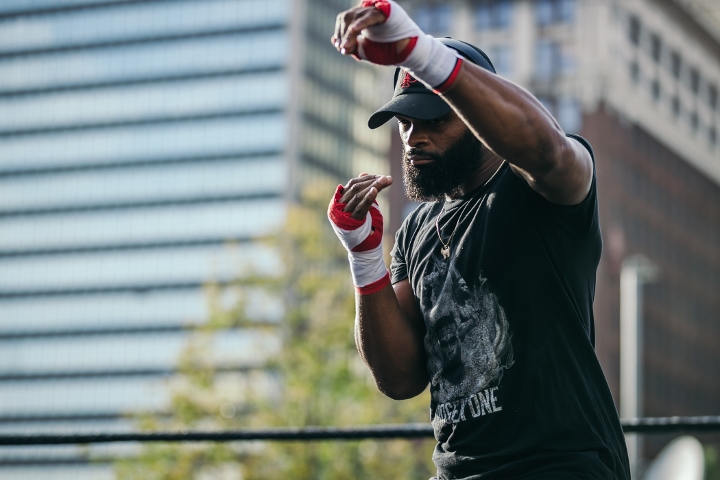 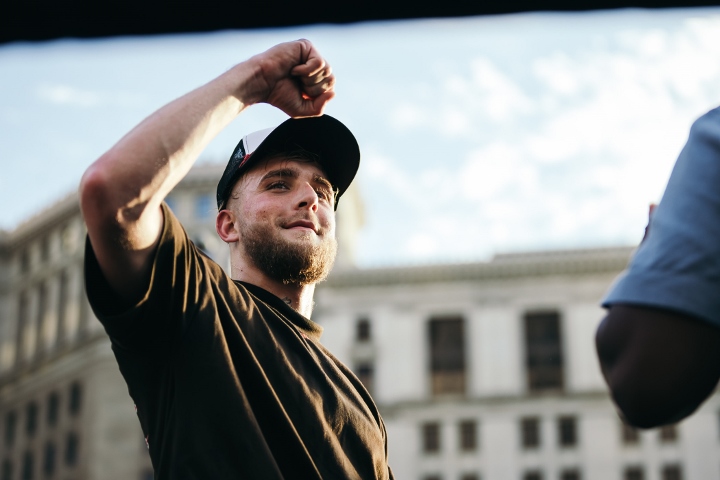 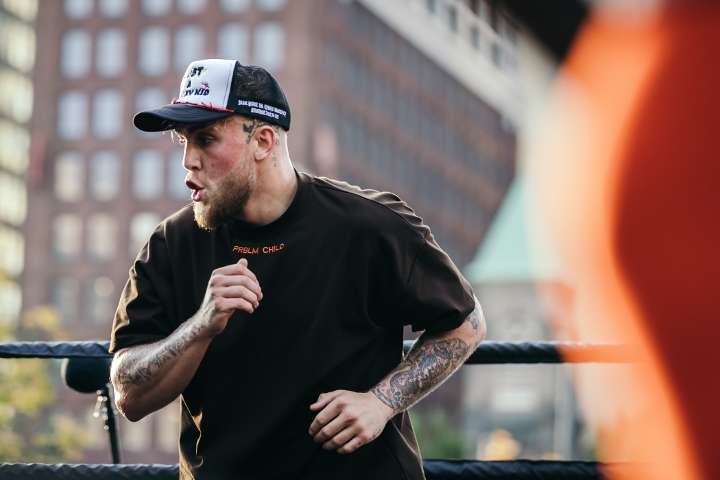 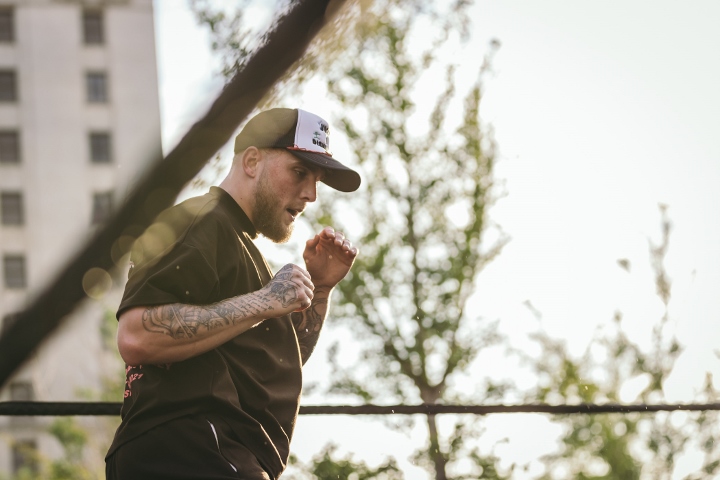 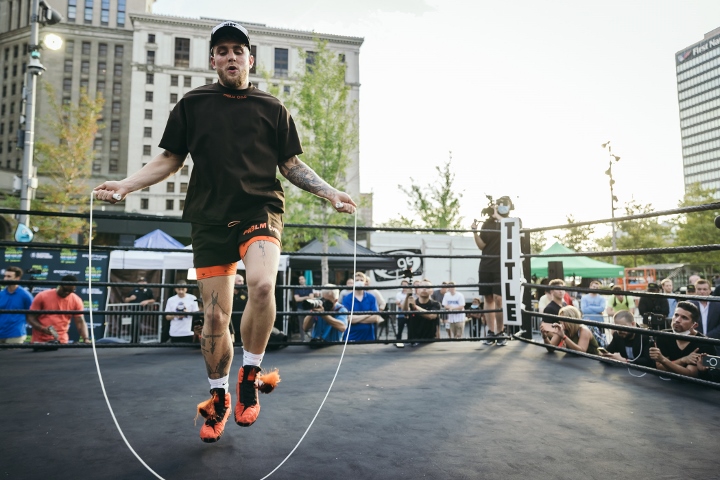 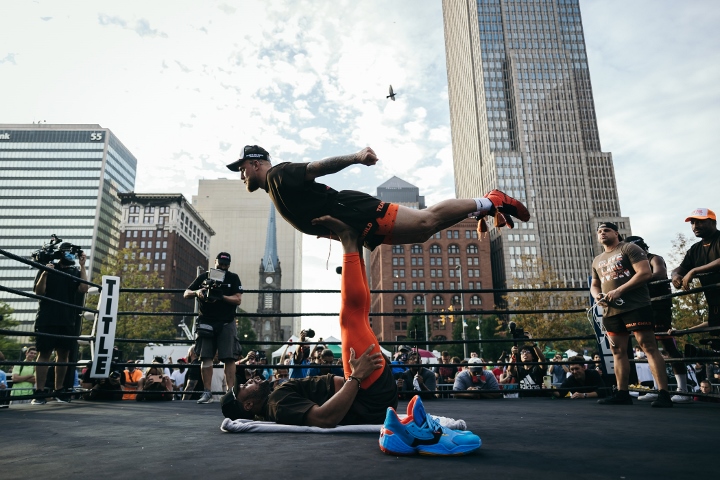