Social media superstar and undefeated pro boxer Jake “The Problem Child” Paul faced off with his next opponent, five-time UFC champion Tyron Woodley, at the historic 5th Street Gym in Miami on Thursday ahead of their summer showdown on SHOWTIME PPV. (photos by Amanda Westcott) 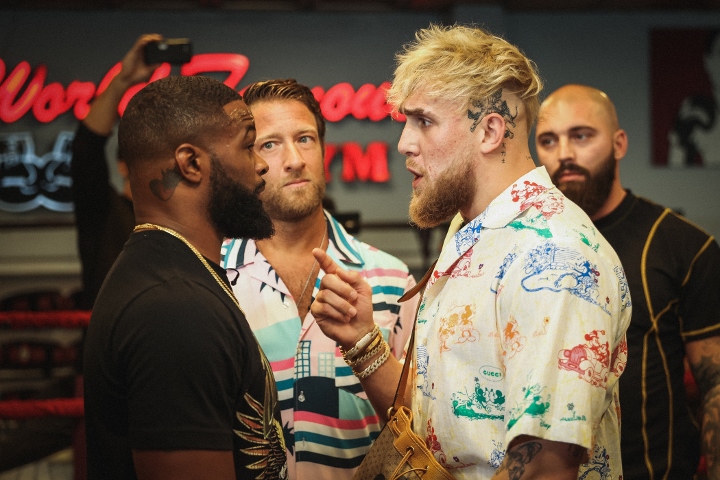 The telecast, which is being produced by SHOWTIME PPV, will air live beginning at 8 p.m. ET/5 p.m. PT and can be purchased now at SHOWTIME.com and FANMIO.com. 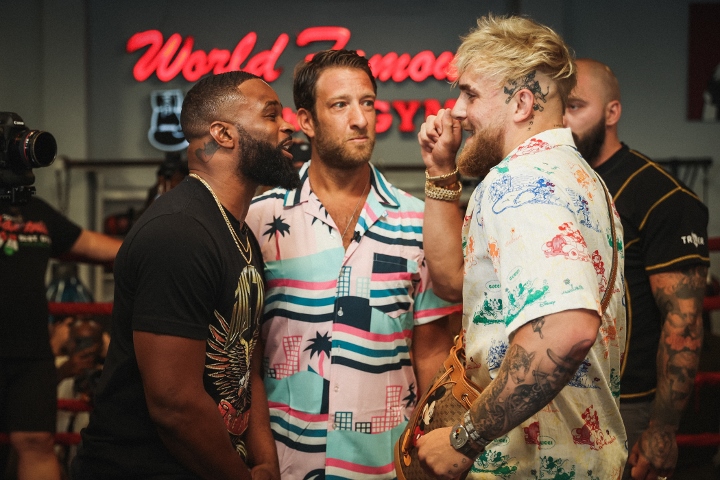 The undercard will feature two-division world champion Badou Jack in a 10-round contest against the undefeated Dervin Colina, plus former unified super welterweight champion “Swift” Jarrett Hurd against Luis Arias in a 10-round bout and in a fourth PPV bout, former NFL star wide receiver Chad Johnson will make his boxing debut in a four-round exhibition match against versatile fighter Brian Maxwell. 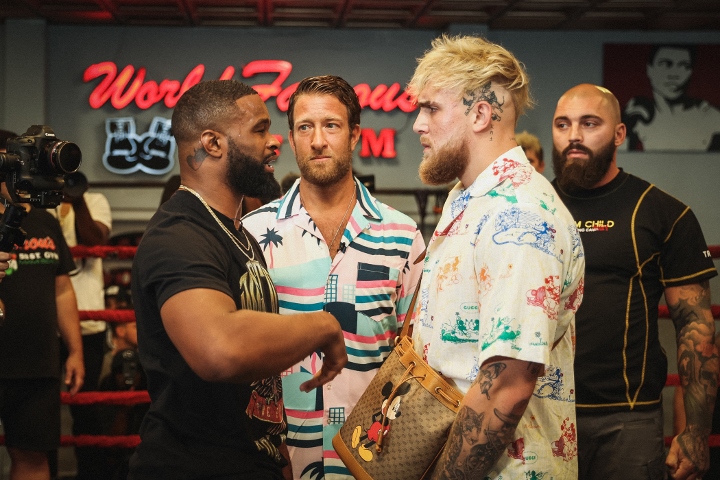 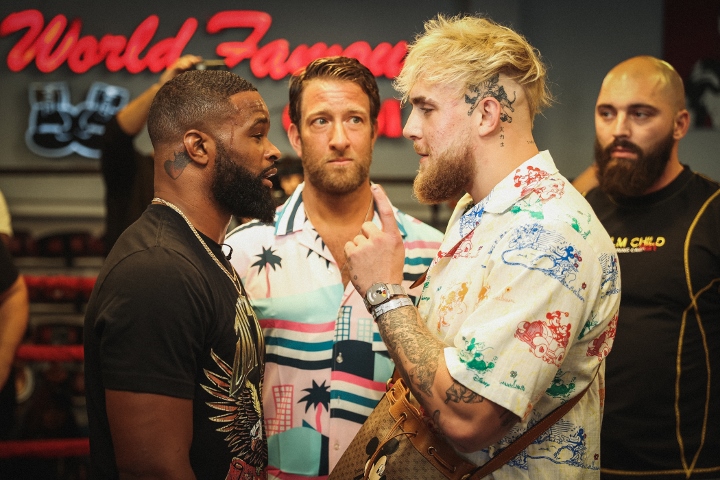 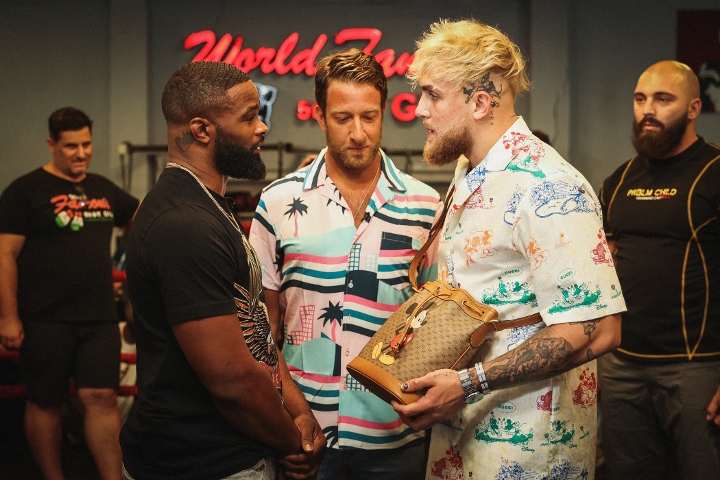 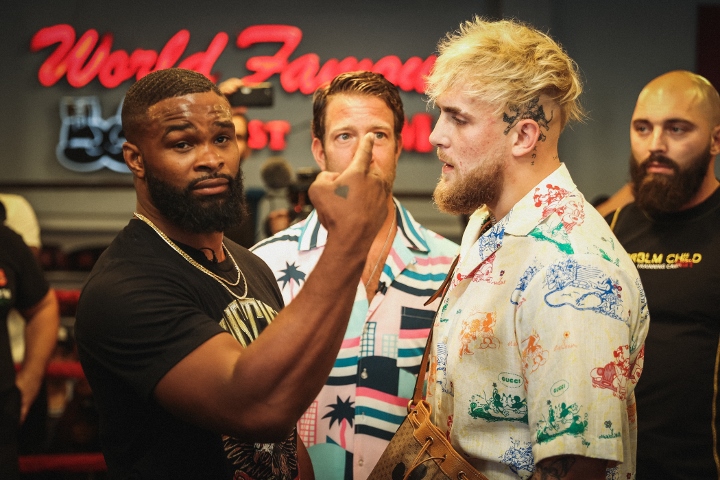 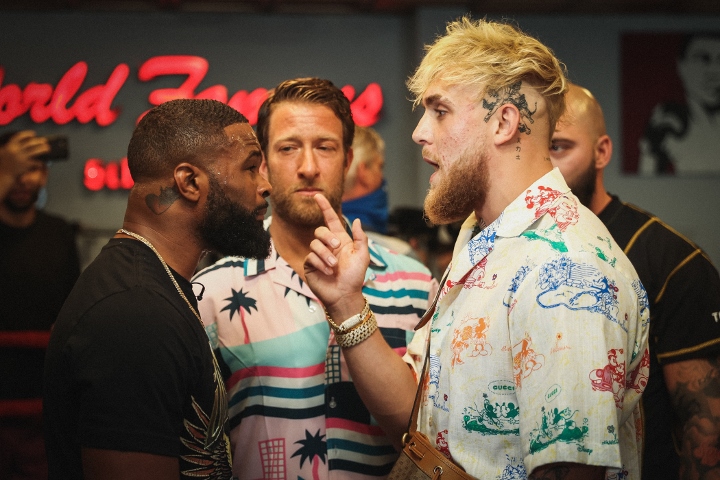 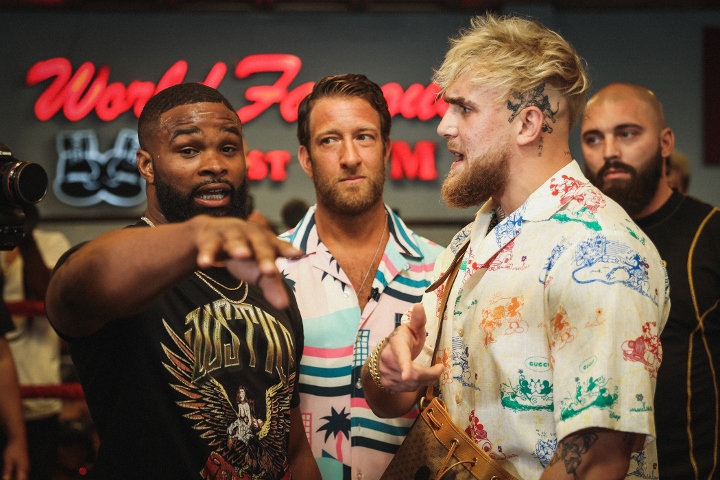 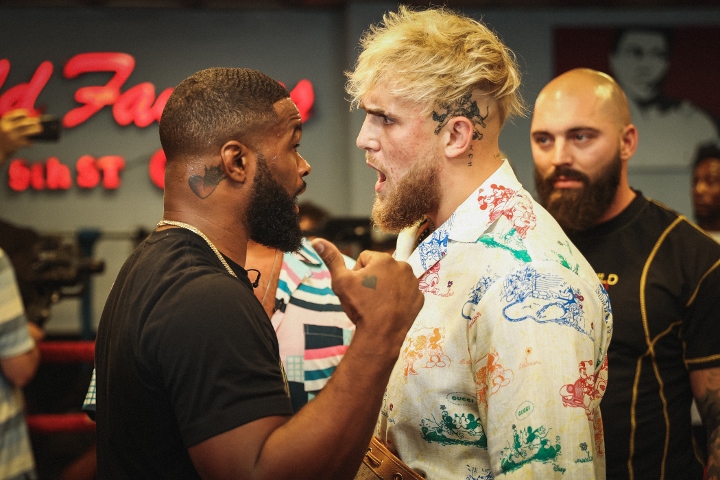 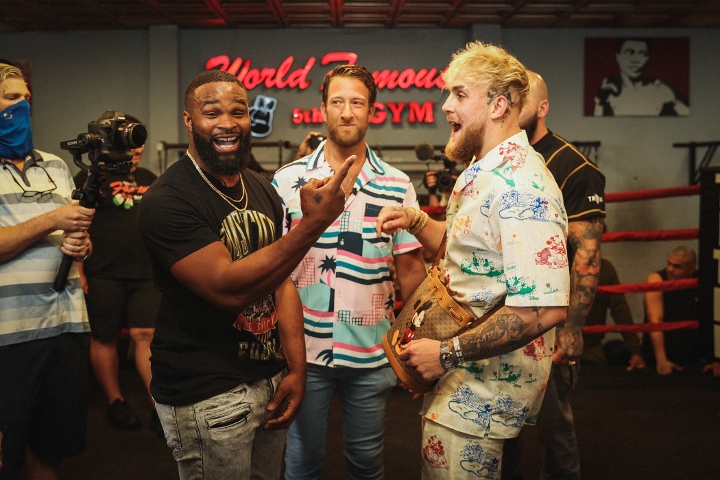 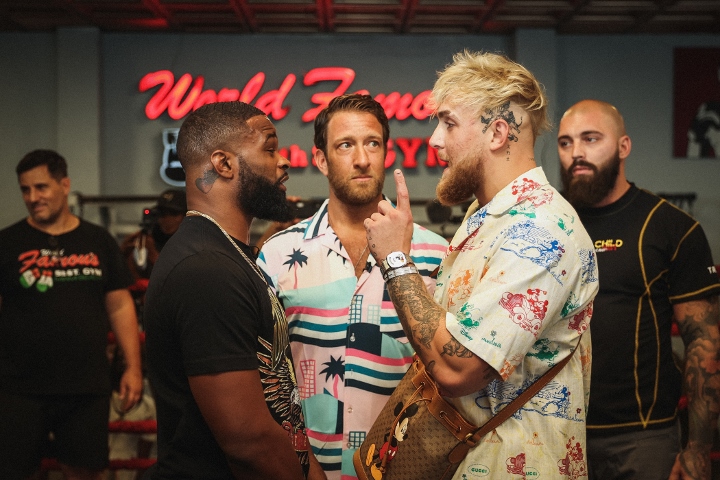 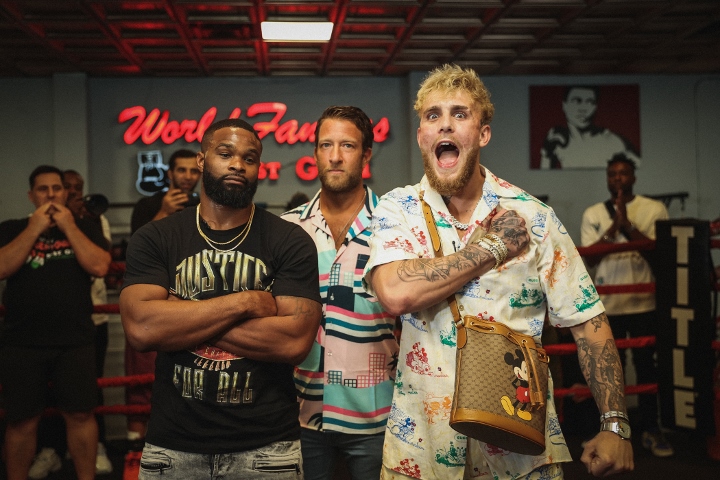 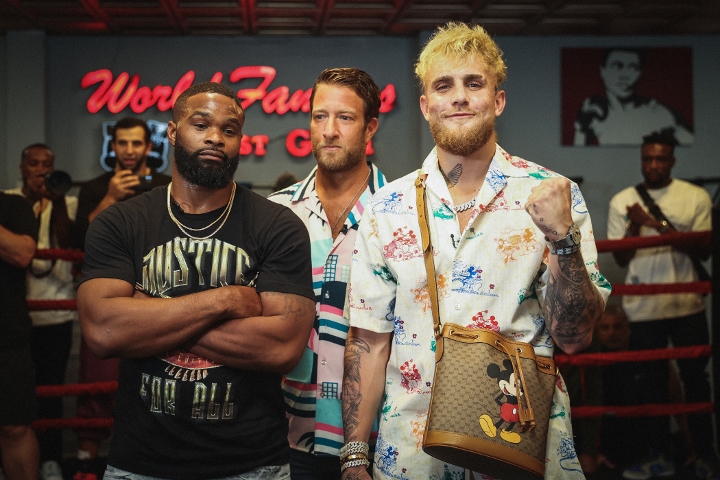 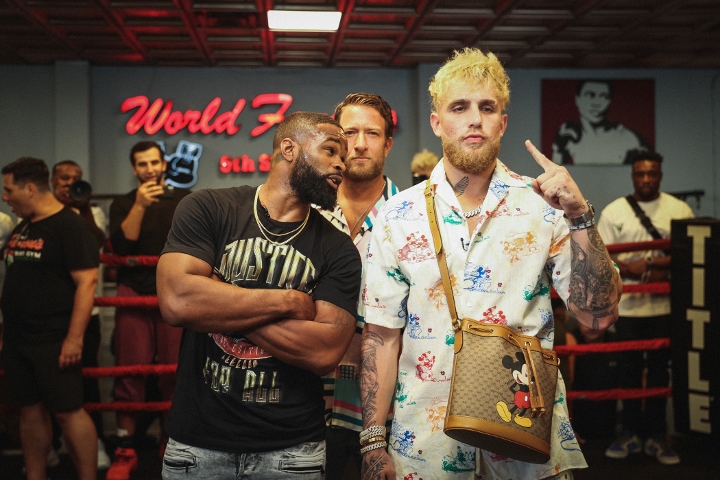 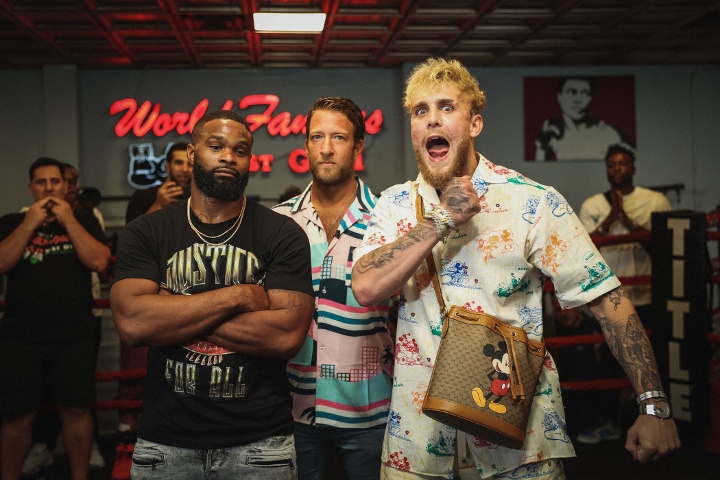 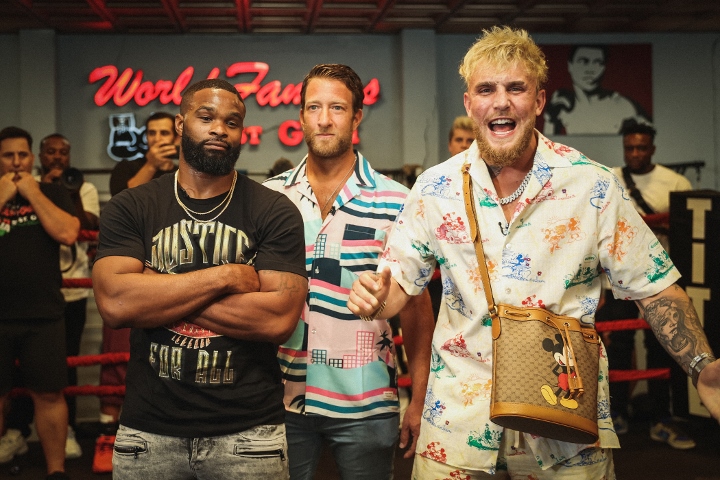 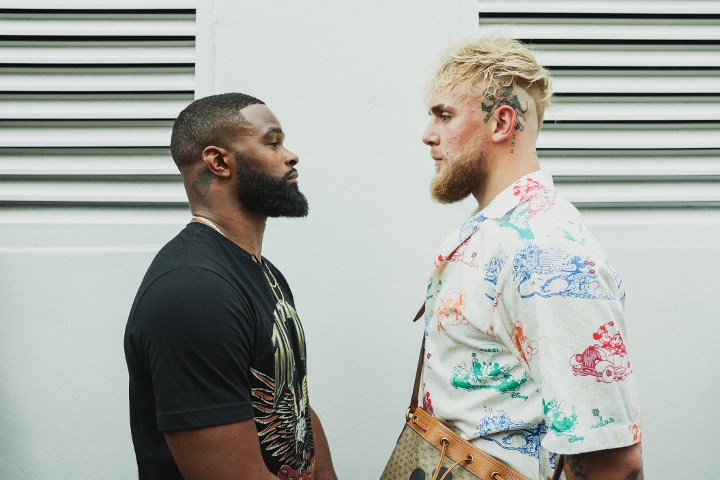 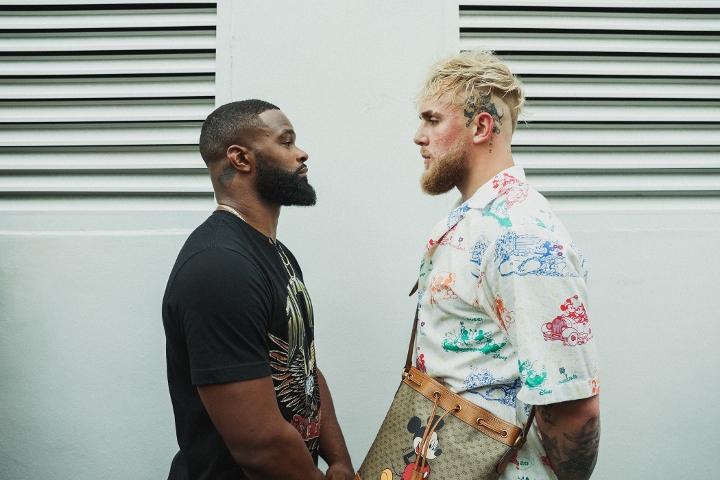 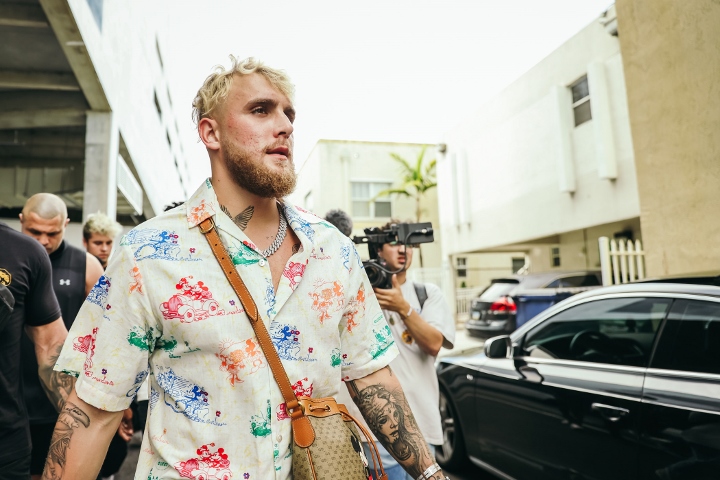 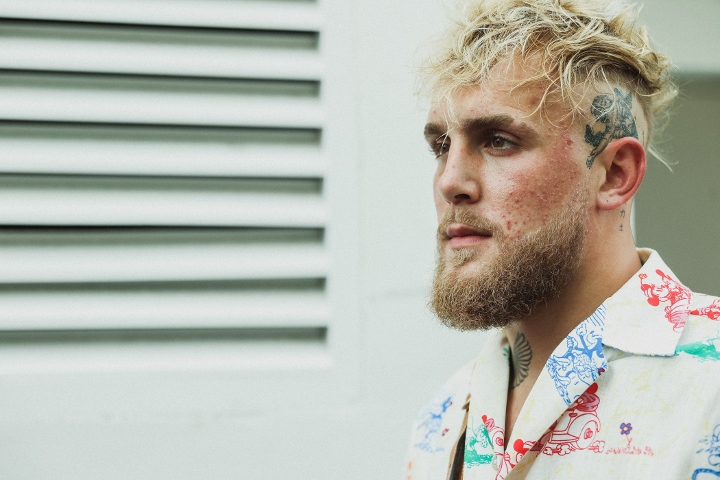 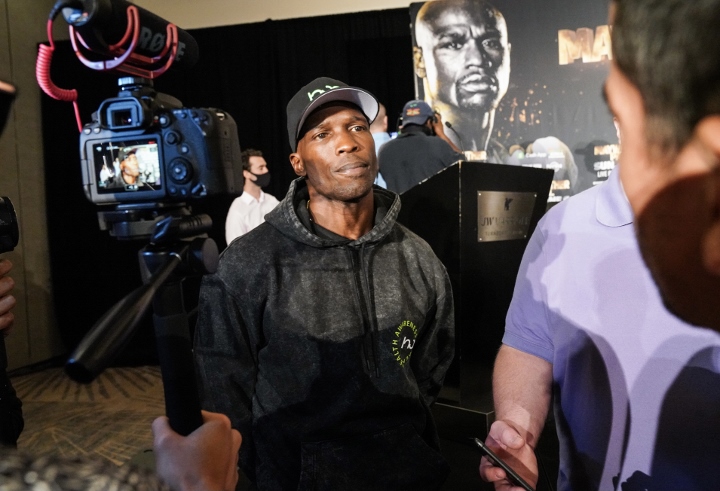 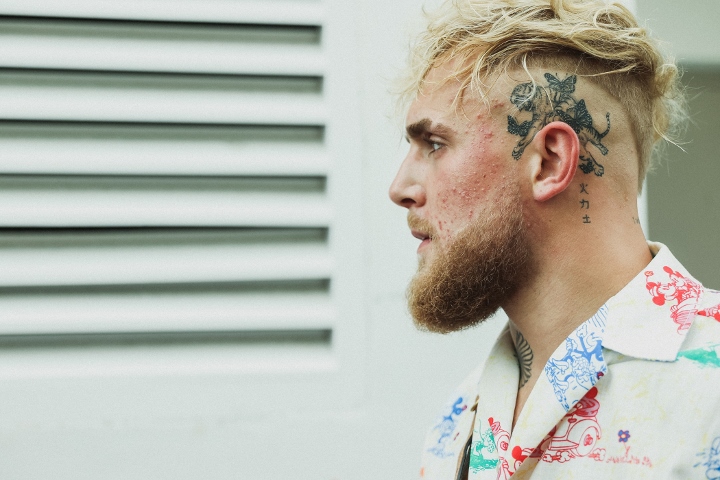