The Big Drama Show is back.  Gennadiy "GGG" Golovkin returned to the ring on Friday night in historic fashion.  The two-time world champion not only closed the show, he earned a division-record 21st successful defense of his IBF and IBO world middleweight titles. (photos by Melina Pizano)

Golovkin (41-1-1, 36 KOs), from Karaganda, Kazakhstan, who has worn a world championship belt every year since 2010, extended that streak with a dominant seventh-round TKO in a mandatory title defense victory against previously-undefeated top-rated contender Kamil Szeremeta (21-1, 5 KOs), from Biaylstok, Poland. 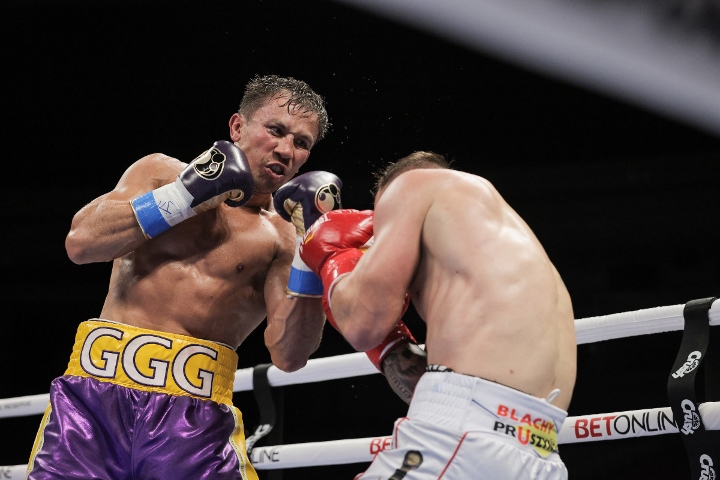 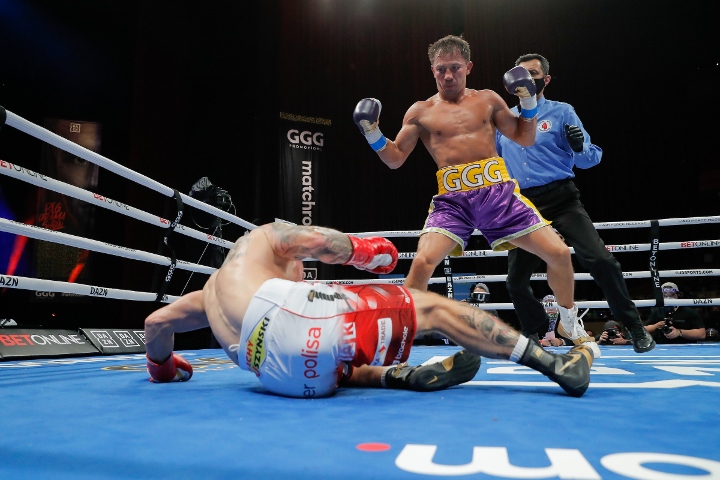 Golovkin, wearing trunks trimmed in the NBA champion Los Angeles Lakers colors, gave a vintage performance connecting on 56% of his devastating power punches to the body and the head all set up by his workmanlike jab, all 317 of them, from the moment the opening bell sounded. 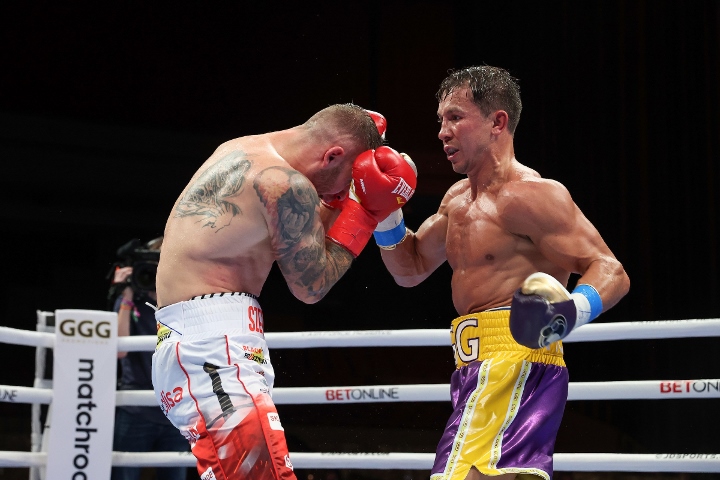 A variety of power punches and even a jab produced four knockdowns in rounds one, two, four and seven.  At the conclusion of the seventh round, Szeremeta's corner ended the fight. 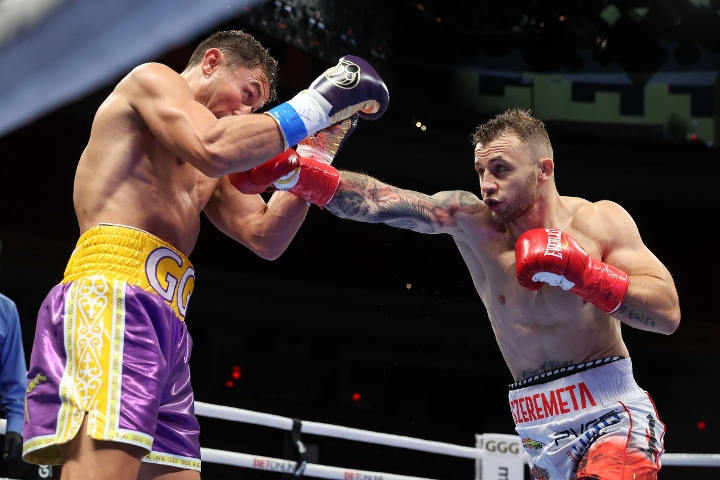 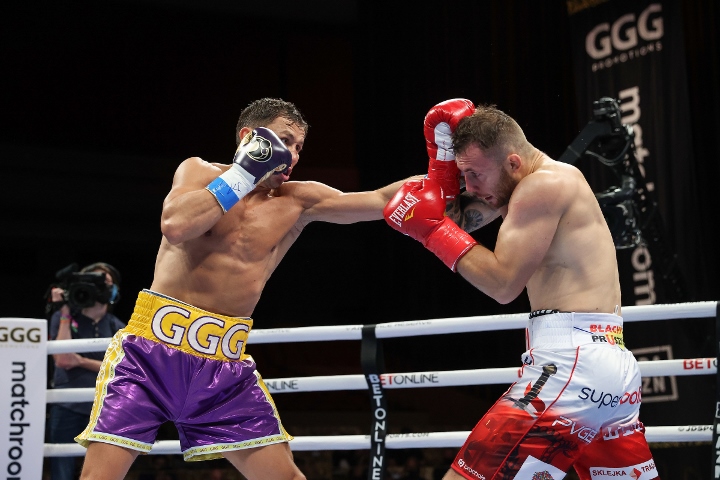 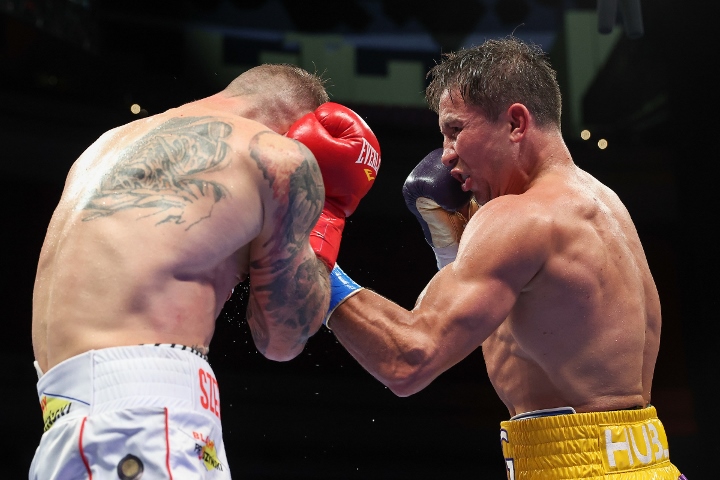 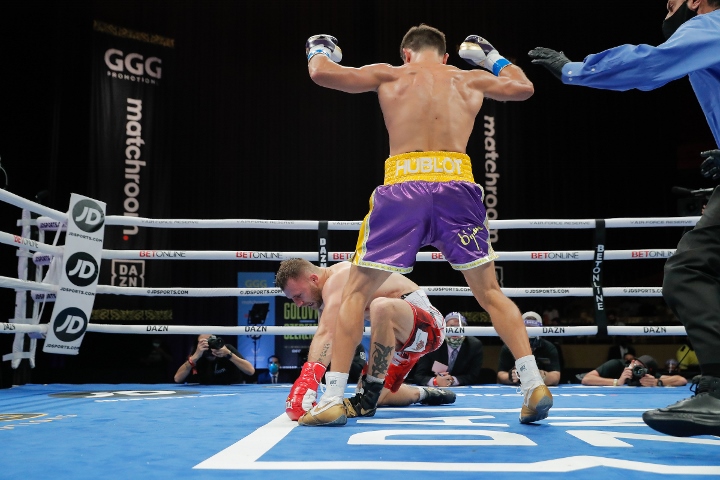 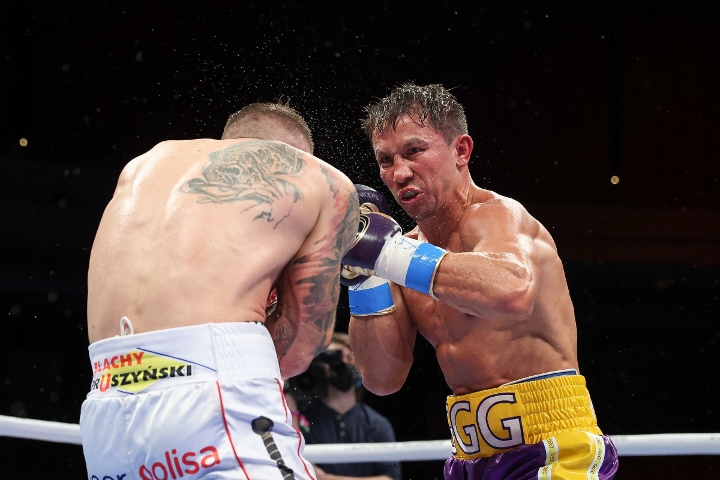 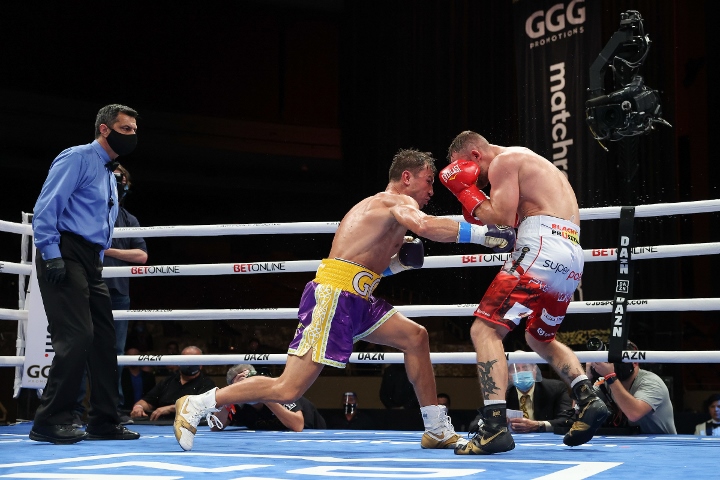 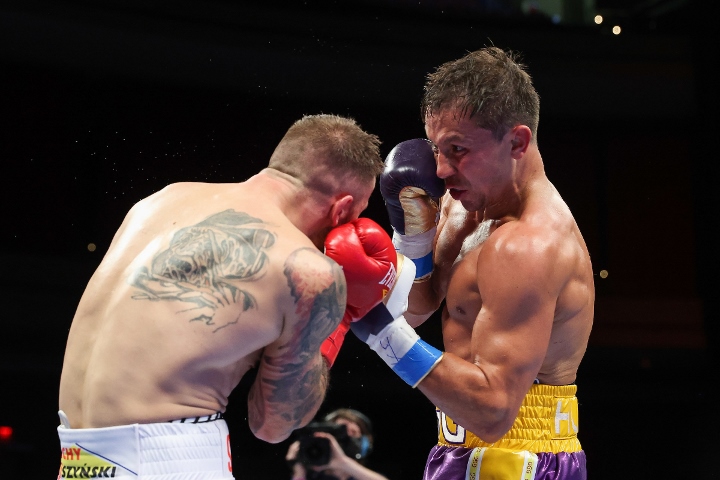 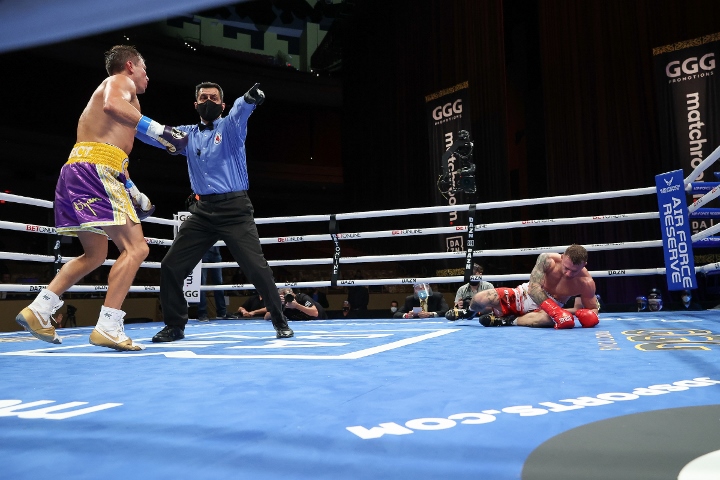 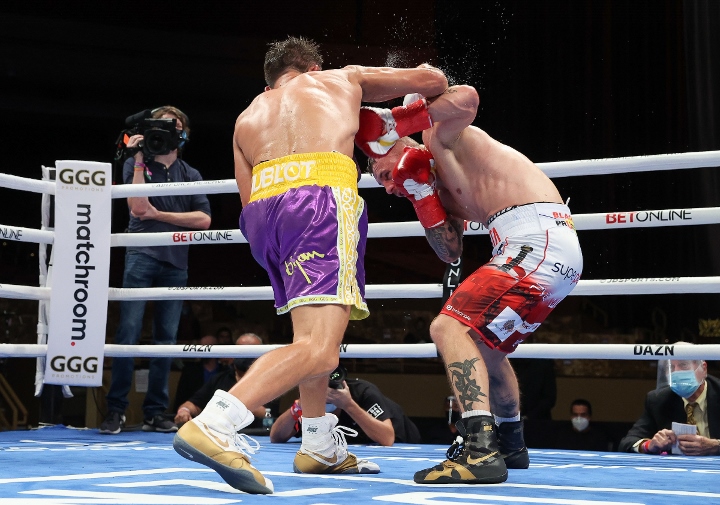 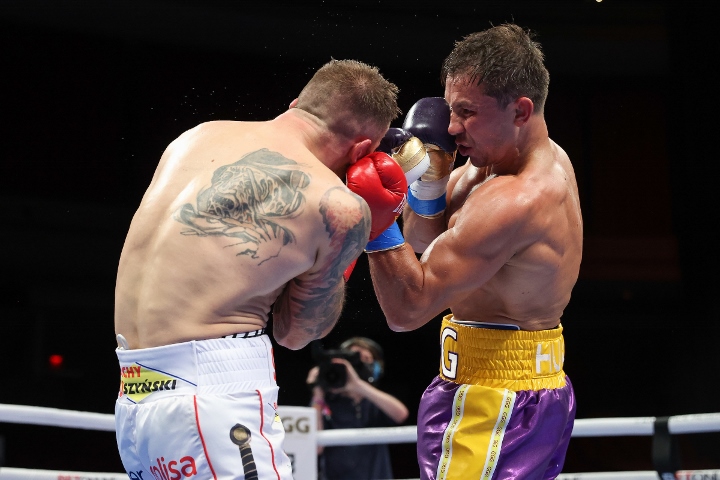 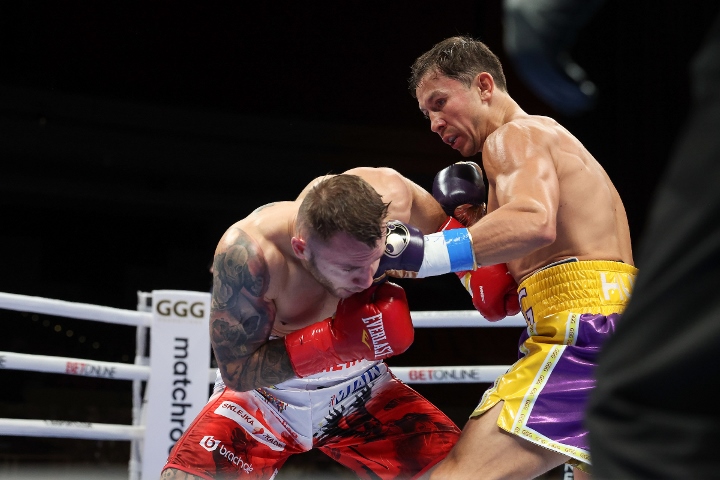 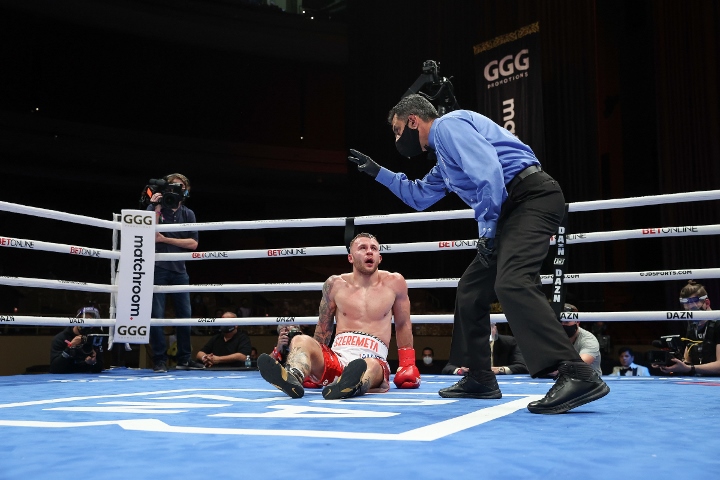 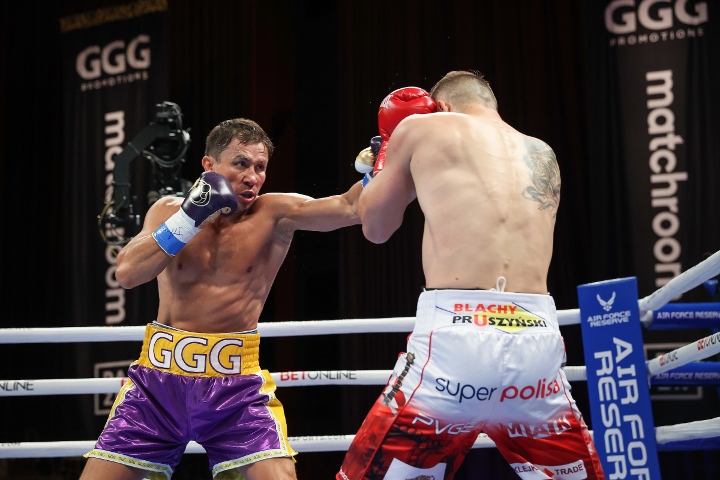 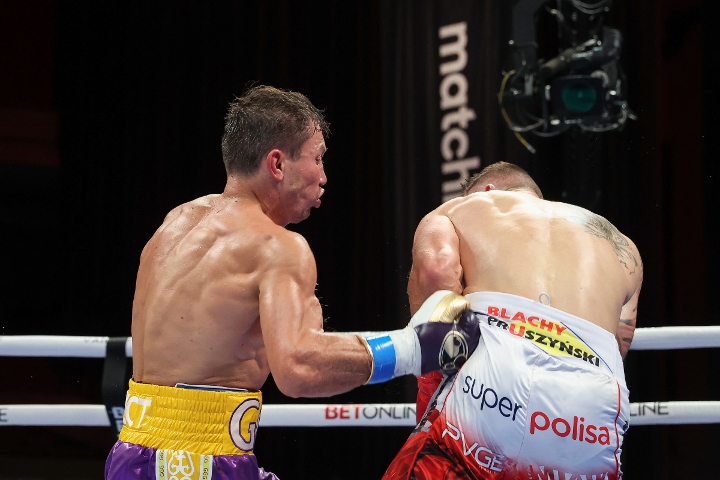 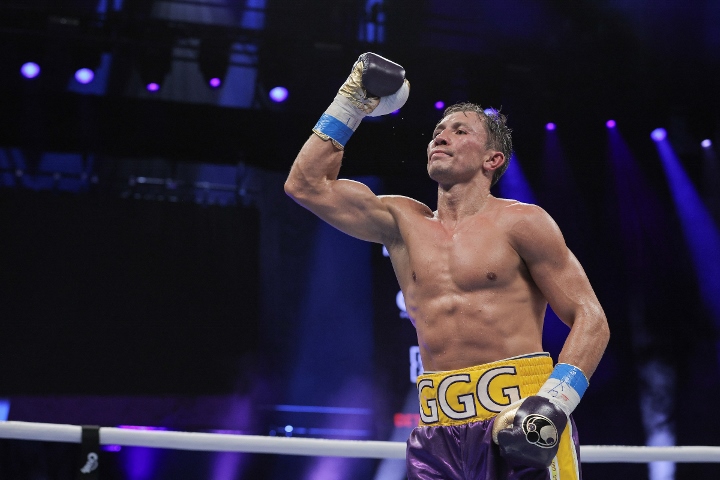 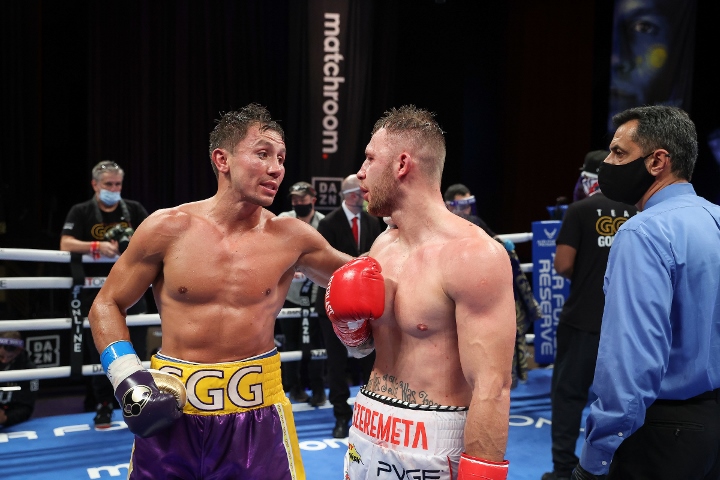 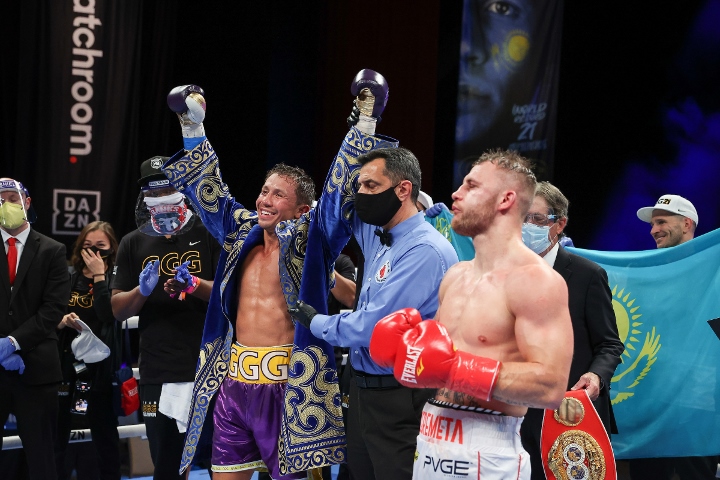 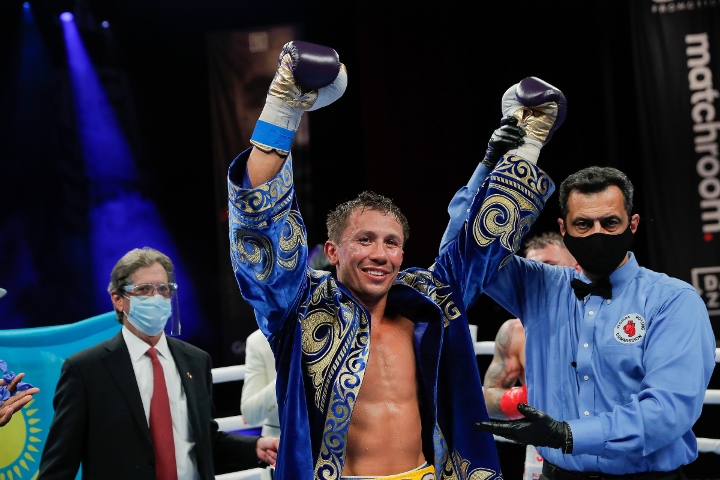 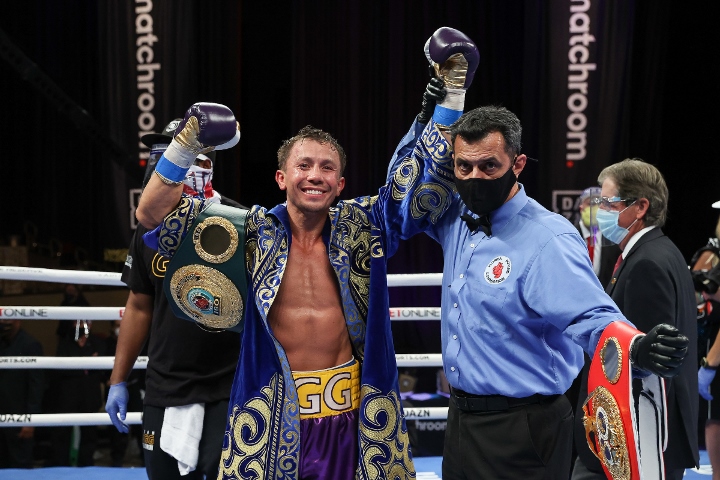 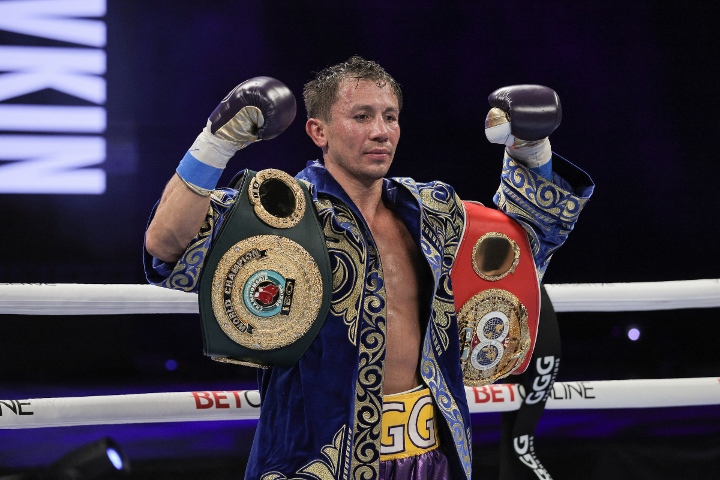 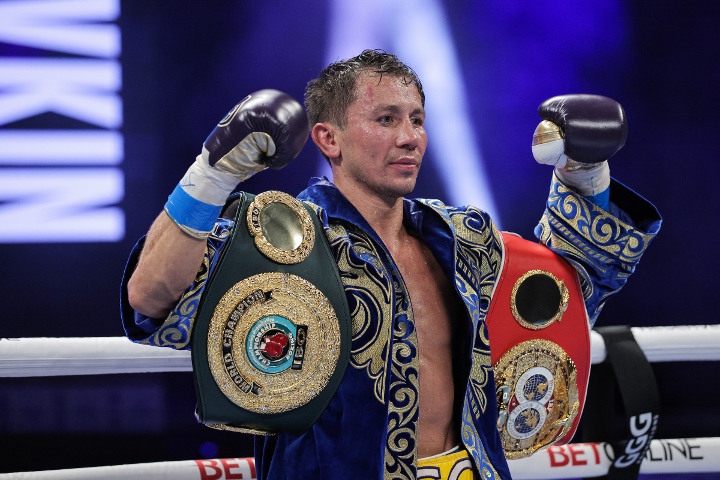 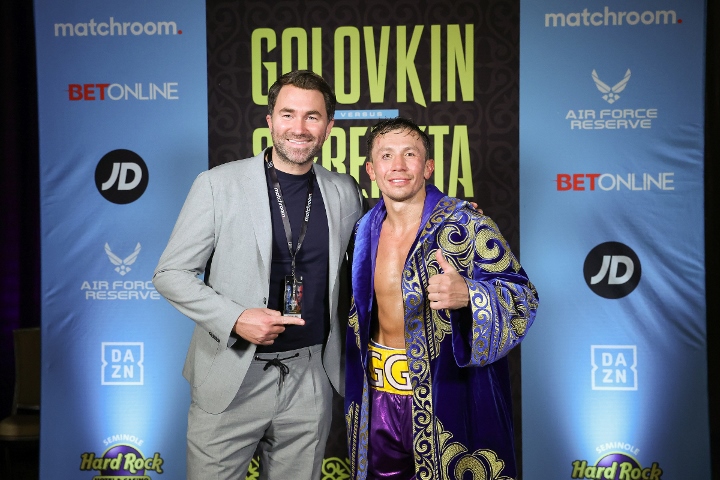