“I feel I’m in the form of my career,” said Groves.

“This tournament has come along for me at the perfect time. I’ve had a fantastic camp. Everything that we wanted to happen did happen. It’s gone perfectly. I know what Jamie Cox can bring. I know that we maybe haven’t seen the best of Jamie yet because he’s fought nowhere near the level that I have.

He hasn’t fought any big names, he hasn’t been in world title fights and he’ll have to take a giant leap on Saturday night. Both he and his trainer will wonder whether he can take that leap. When he’s boxed at a lower level he’s dropped to that level and maybe he’s that sort of fighter. Maybe he can rise to the occasion but maybe not.”

“He’s been gifted with a world title shot. He hasn’t fought anyone decent to get this. I’ve picked him, it’s fantastic for him. We’re hoping that the best of Jamie Cox will show up. I look forward to going out and performing and performing well. And to show everyone in the division that I’m still the man to beat.” 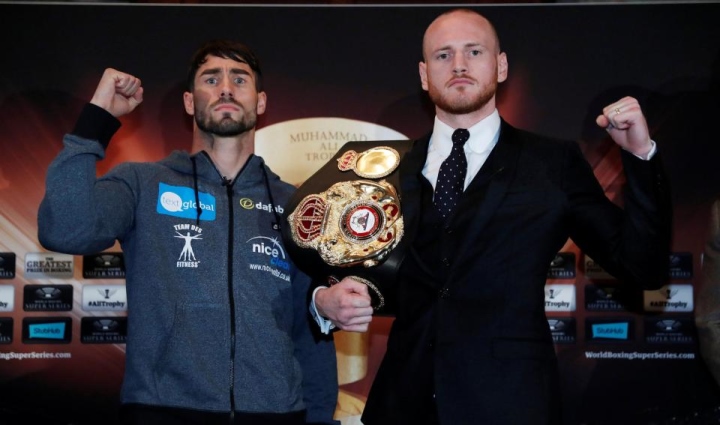 “I am here with two absolute athletes. George Groves, the man to beat in the tournament. He’s the WBA super champion, the best super middleweight when one looks at all the names. That’s why he’s the number one seed.

A lot of people are talking about a Eubank Jr. vs. Groves semi-final but Jamie Cox comes in with a nothing to lose situation. He’s an undefeated challenger and you have a storyline that you couldn’t put into a Hollywood thriller.

We’re lucky to be sitting here every week ringside at this great fights and this is no different.” 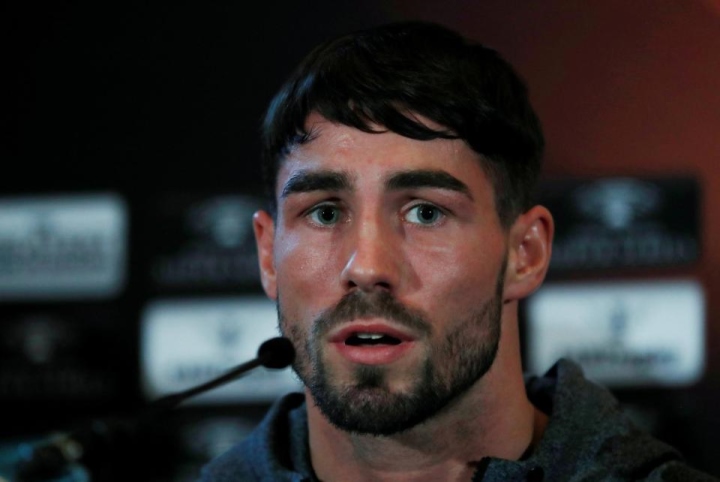 “It is a big opportunity but it’s not one Jamie Cox doesn’t deserve. Jamie Cox has been wanting to become a world champion for a long time. There’s been talk of a Chris Eubank Jr. vs. George Groves fight and we’re here to disrupt the plans.”

“Jamie Cox has been talked about for a long, long time as a great fighter, a great puncher. The world around the business is that Jamie is the real deal. It’s only when you step up to this level that you find out if it’s true. And if it is true I believe he can win the world title on Saturday night.

The tournament is a massive opportunity and we thank Kalle Sauerland and the World Boxing Super Series for it. Now we have the opportunity there’s only one thing to do and that’s go and become world champion.” 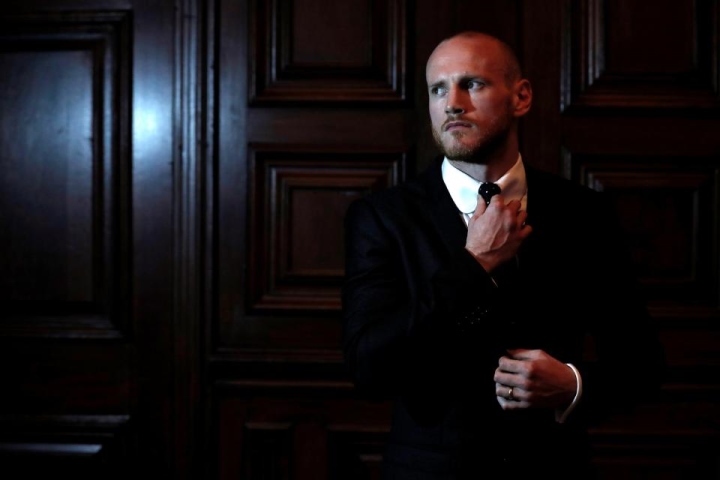 “George Groves has always strived to be the best that he can be. He’s got a very confident attitude but he’s still putting in all the graft. The camp has gone fantastic, it’s been 12 great weeks.

Jamie Cox has been a pro for a long time and there are still question marks over his quality. He hasn’t proven himself at the top level and maybe there’s a reason he hasn’t stepped up to that level in the past.” 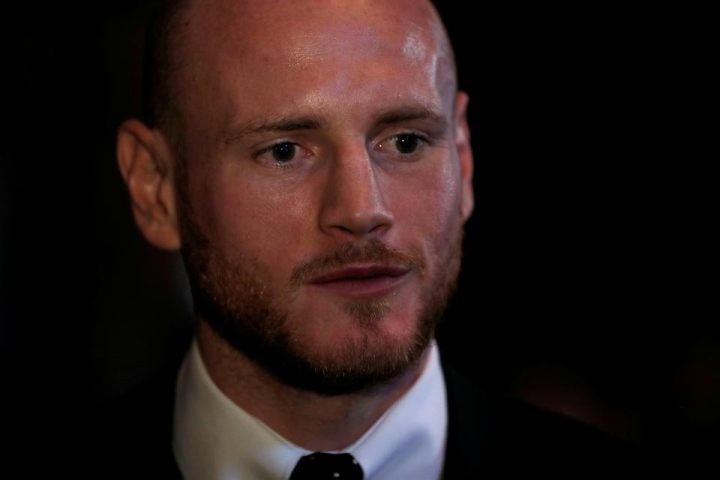 “Size had no relevance that evening and it will certainly have no relevance on Saturday night. Jamie’s ability and what he brings will be very relevant because we’re taking that WBC Super Championship home with us. I’ve said it before, but I like to repeat: George Groves made a big mistake when he picked Jamie Cox.”

Tickets for the Ali Trophy quarter-final clash on Saturday in London are on sale ranging from rom £35 to £130 at stubhub.co.uk.