Flores was showing his faster hands in the first round. Ruiz was hard to hit, aggressive, but not able to land his shots. 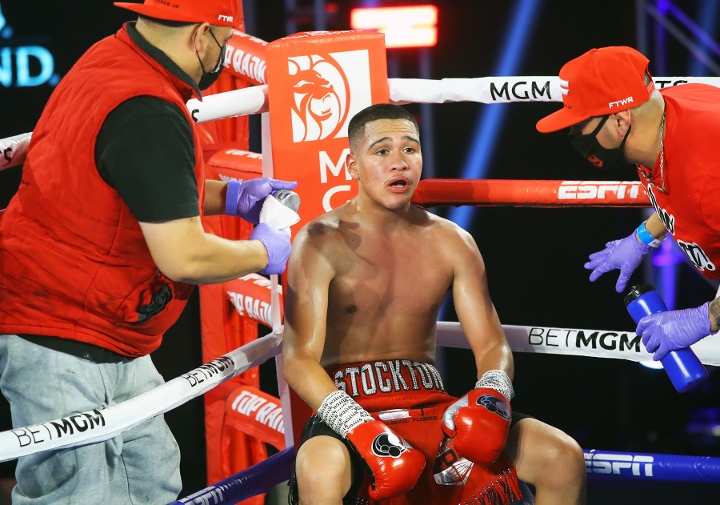 In the second, a big left hand that was followed by a flurry of shots sent Ruiz down. Ruiz made it up, but he was being worked over for the remainder In the third, Flores continued to land good punches. 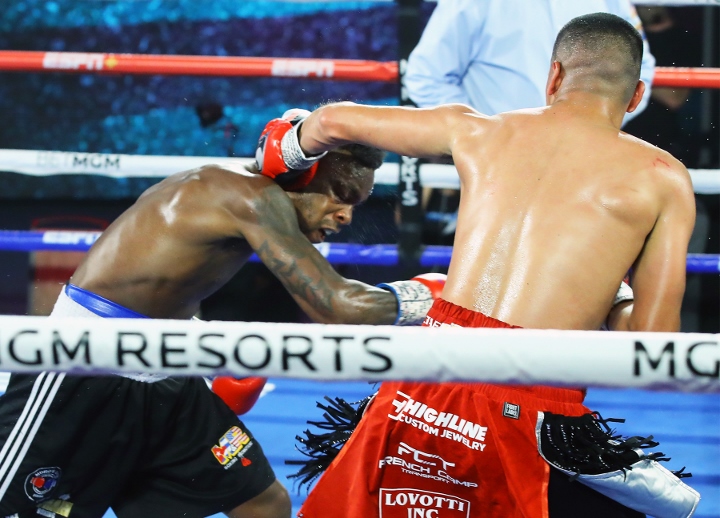 Ruiz was pretty much full recovered by the fourth, was coming forward and looking to do damage, but he was unable to get off with his shots and Flores was outboxing him. After controlling the fifth, Flores rocked Ruiz again in the sixth, but this time he stayed on his feet. 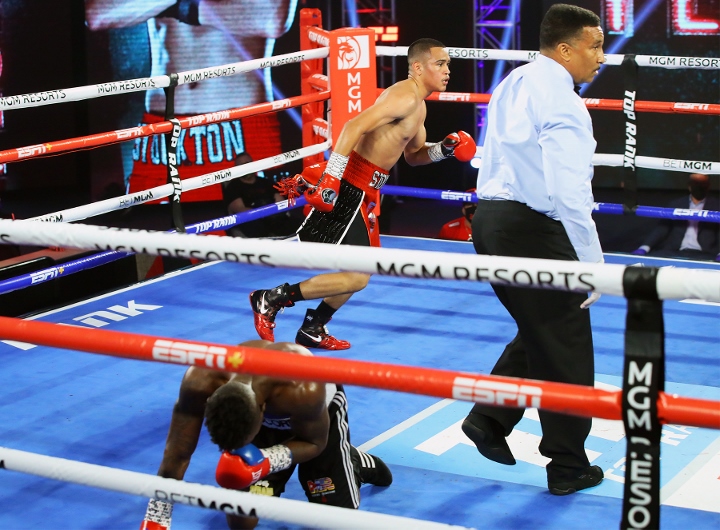 Not much from Ruiz in the seventh and eight. He was just unable to land the right shots as Ruiz was outboxing him. It was more of the same in the ninth and tenth. 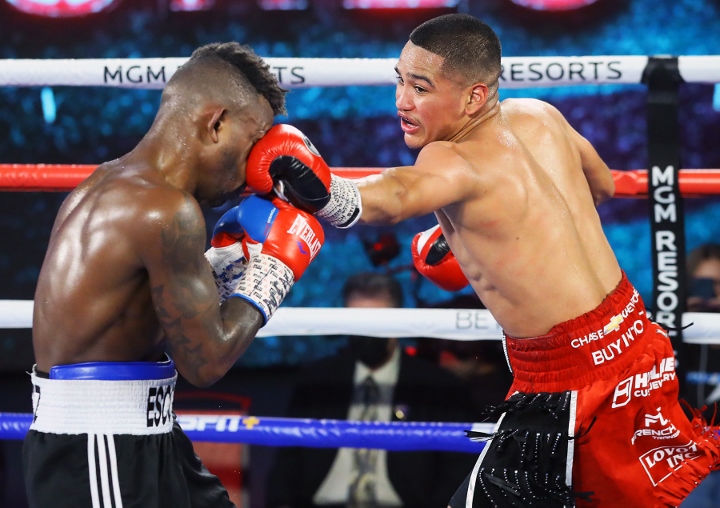 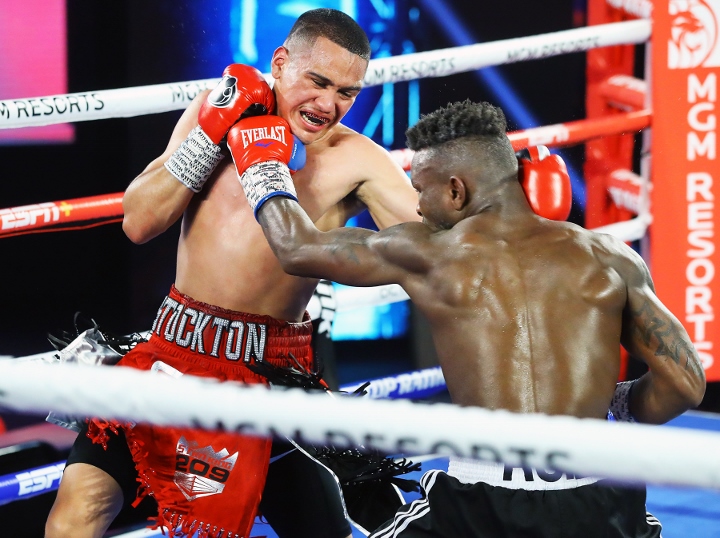 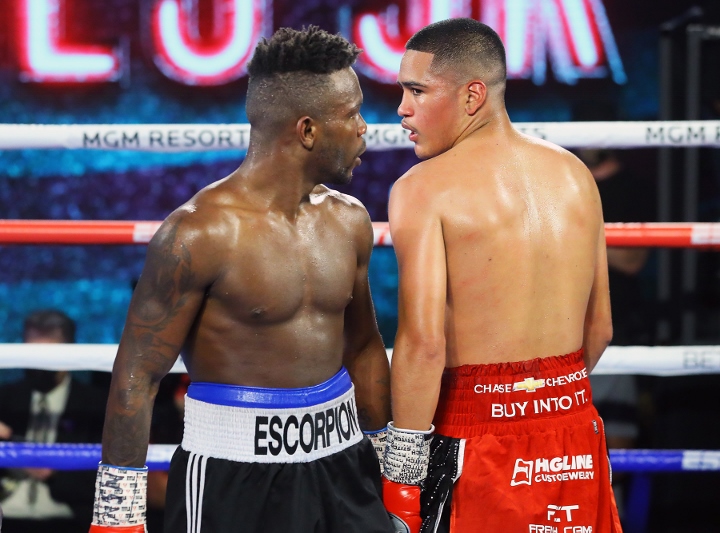 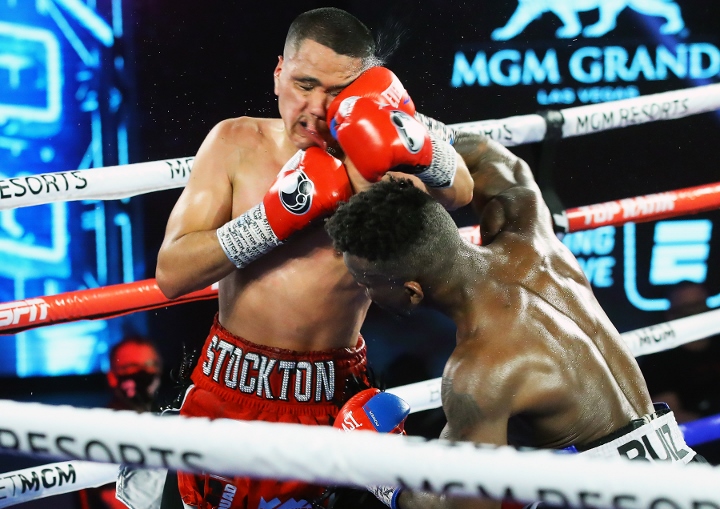 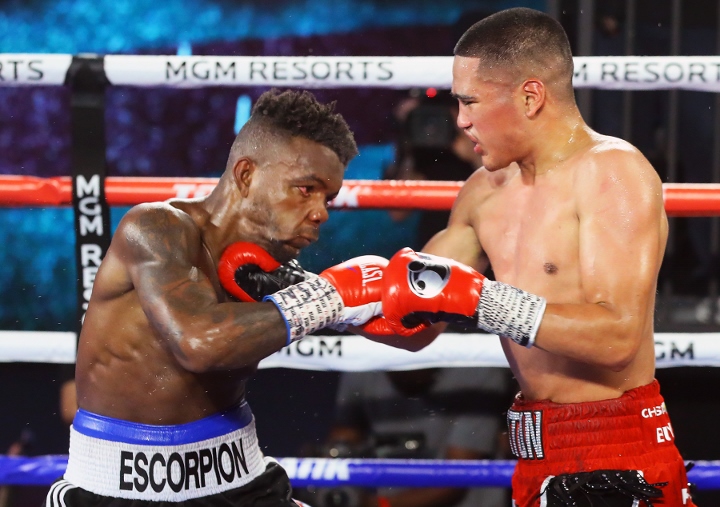 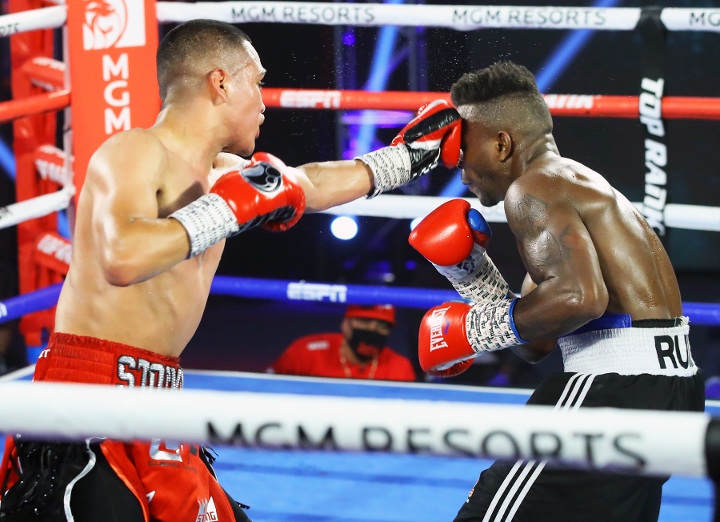 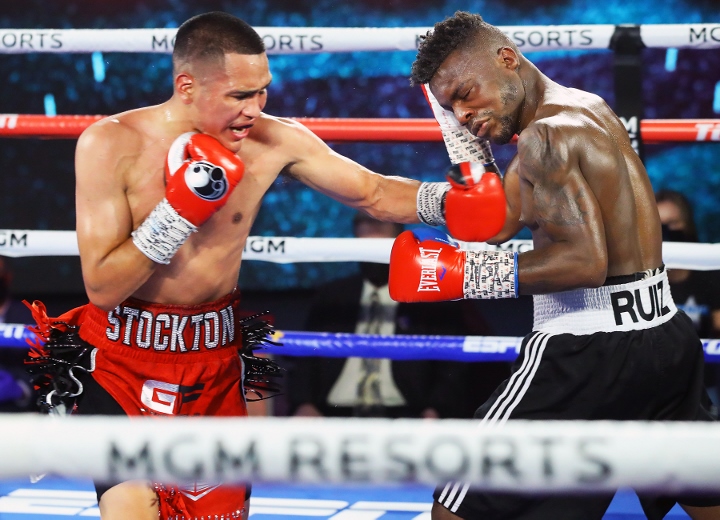 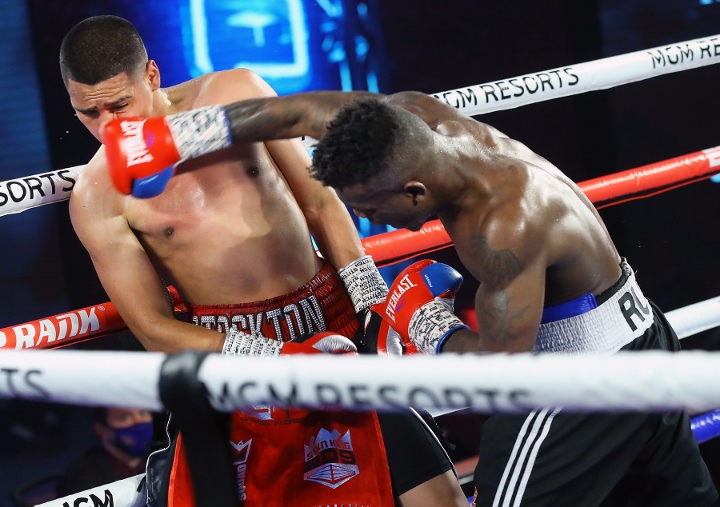 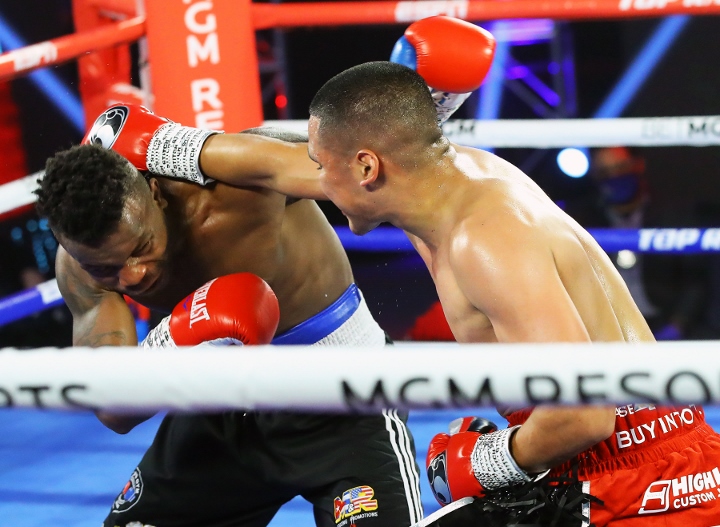 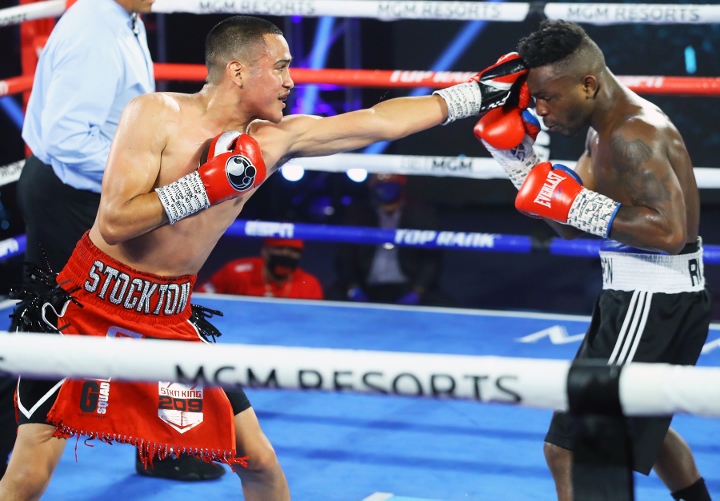 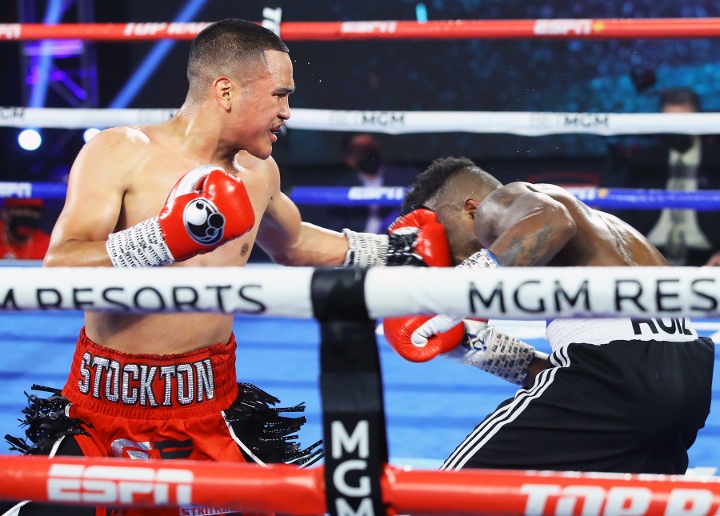 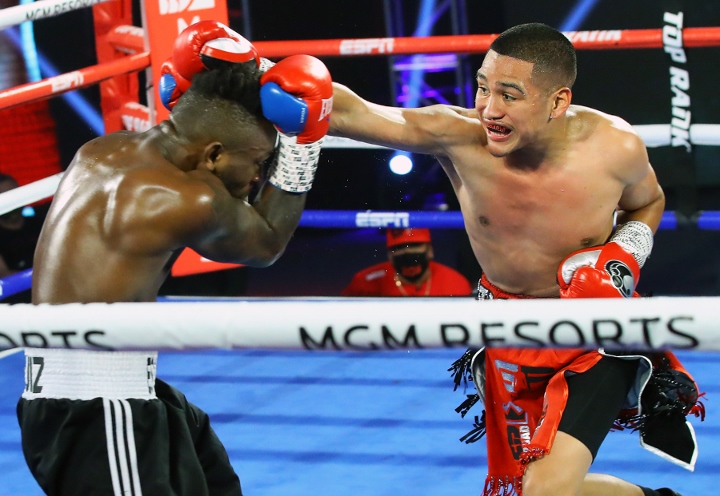 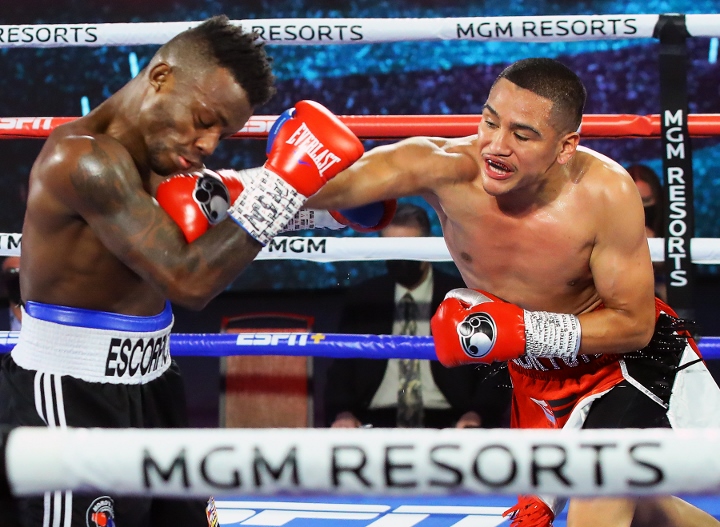 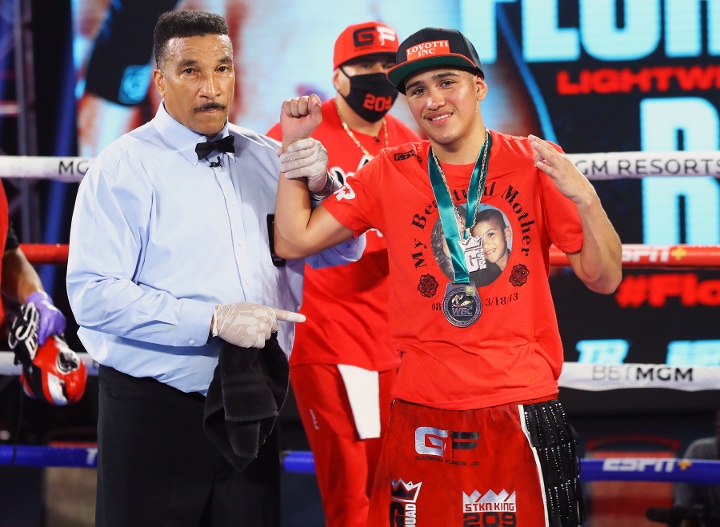