LOS ANGELES -WBC Super Featherweight World Champion Francisco "El Bandido" Vargas (23-0-1, 17 KOs) and former three-time world champion Orlando "Siri" Salido (43-13-3, 30 KOs, 1 NC) went face to face at the weighin for their upcoming in a 12-round battle that will take place June 4 at the StubHub Center in Carson, Calif. and televised live on HBO Boxing After Dark. Photos by Chris Farina. 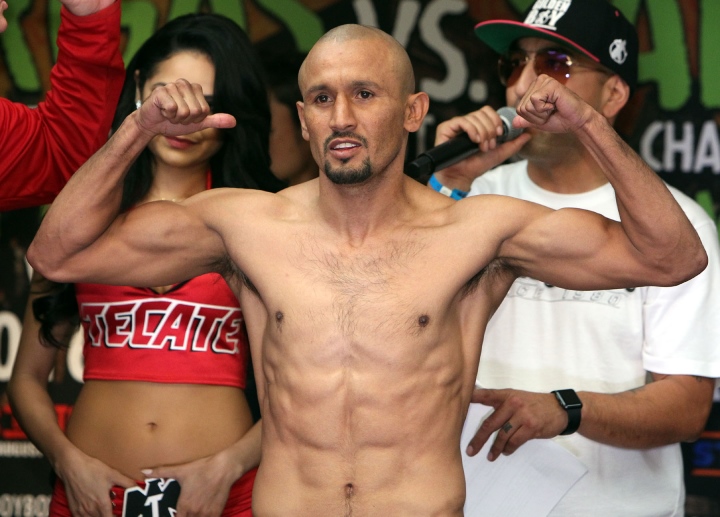 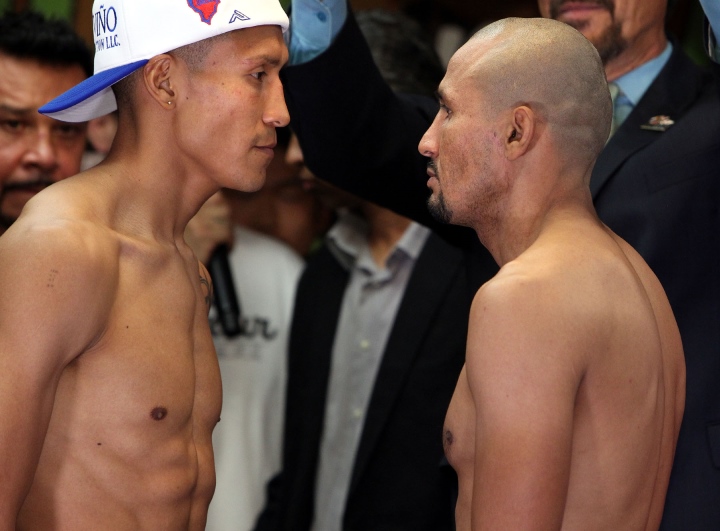 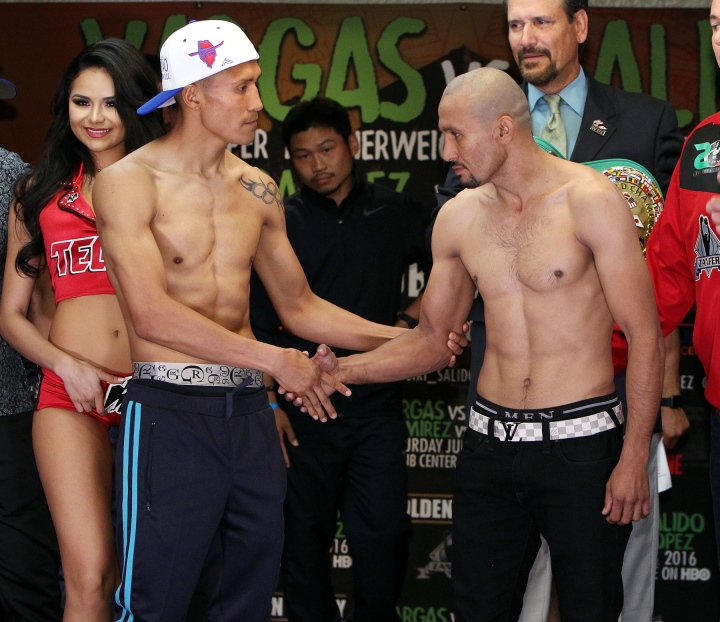 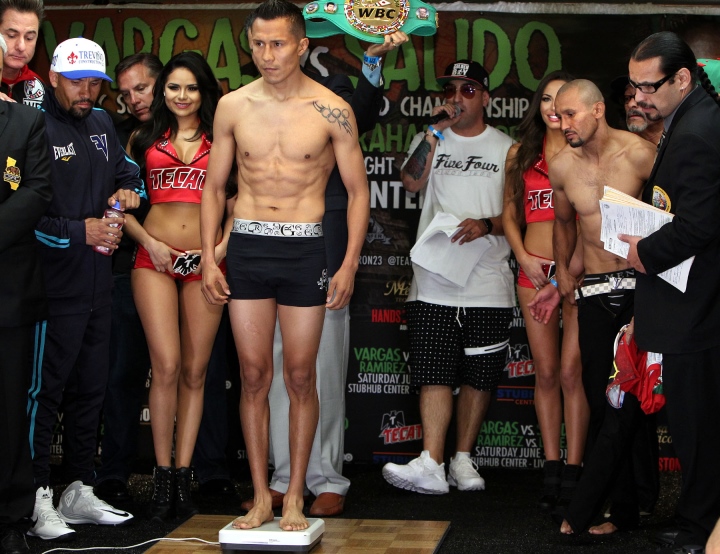 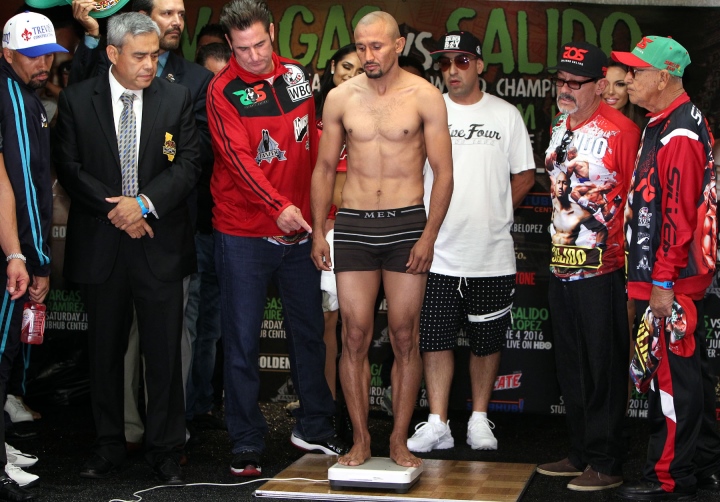