Also at today's workout were fighters featured on the June 3 LA FIGHT CLUB card including Ronny Rios (25-1, 10 KOs) who headlines the Belasco Theater on Friday for a 10-round featherweight battle; local favorite Rafael "El Alikin" Gramajo (7-1-1, 2 KOs) who will return to the ring in a six-round bantamweight bout; Tenochtitlan "T-Dog" Nava (1-0) will fight in a four-round super featherweight brawl; Pablo "The Shark" Rubio Jr. (5-0, 3 KOs) who will fight in a four-round super bantamweight fight; and Seniesa Estrada (6-0, 1 KO) who will fight in LA FIGHT CLUB's first female bout opening up the televised broadcast. 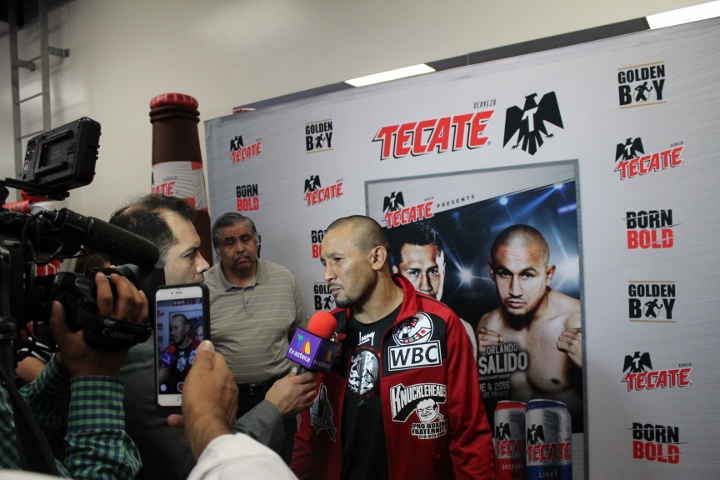 Below is what the fighters on the Francisco Vargas vs. Orlando Salido card had to say at today's workout: 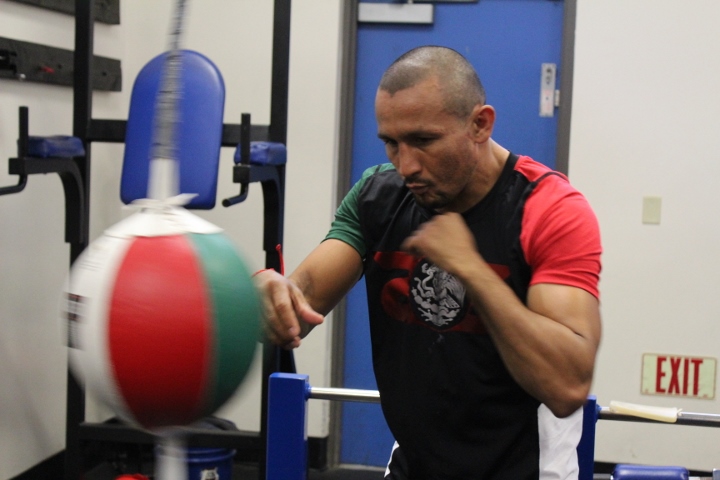 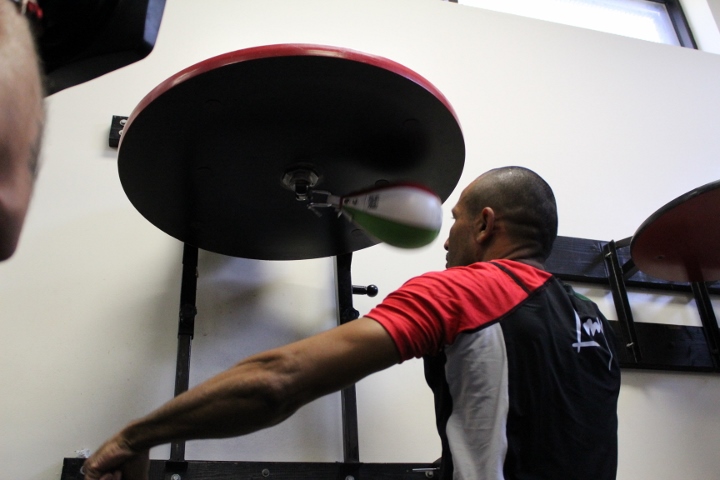 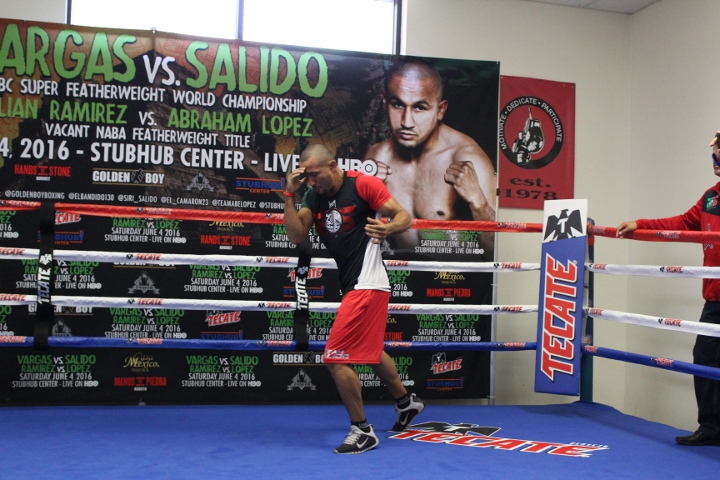 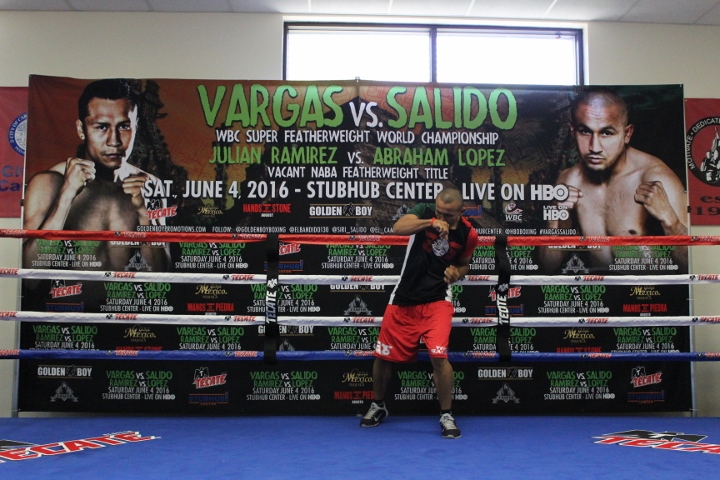 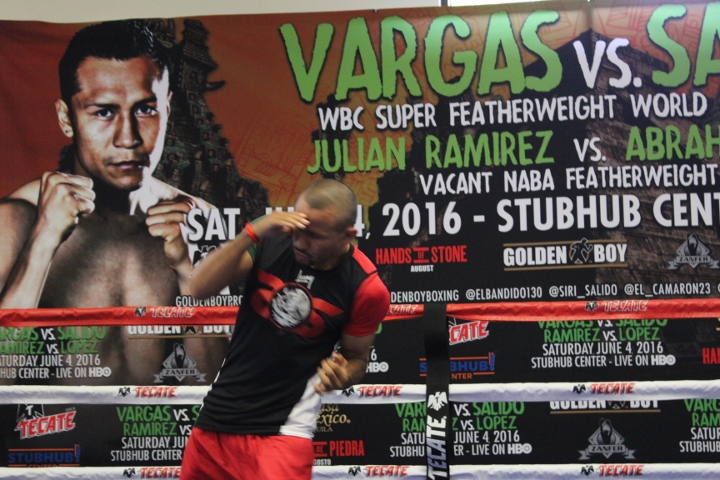 "Training camp has been going great. I've been staying ready since the fight with Joshua Clottey. I'm assuming he is coming into this fight with his A game.

"This training camp we are a lot more familiar now (with new trainer Fernando Vargas). The thing about Fernando is he is a former world champion so I believe him; whatever he tells me, I believe him.

"This fight sets us up for a better opportunity and a bigger name in the future.

"Fernando is a savage like me; we have a lot in common. Fernando doesn't have to show me how to fight; he is just sharpening me. He is building my confidence. He expects the best out of me." 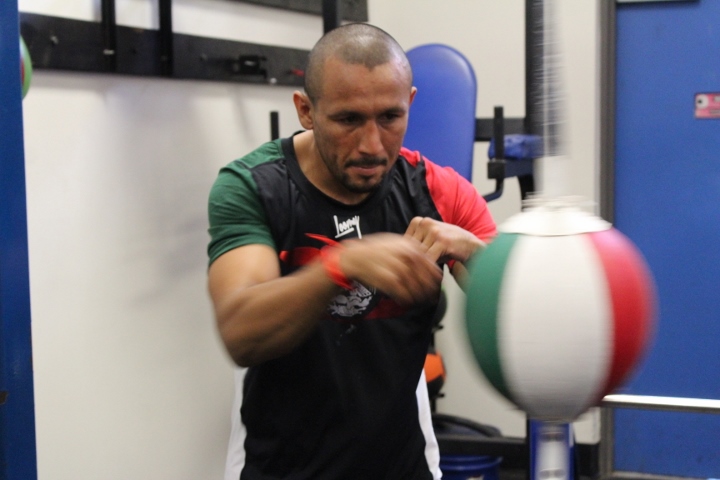 "This has been the toughest training camp of my career. I have trained mentally and physically for this. My opponent Rosado is a very tough fighter, and we have to be very intelligent to win. Fighting Rosado is very big for my career and defeating him would put me at a whole new level. This is going to be a great fight. Another Classic Puerto Rico vs. Mexico fight, and we're going to go all out in the ring." 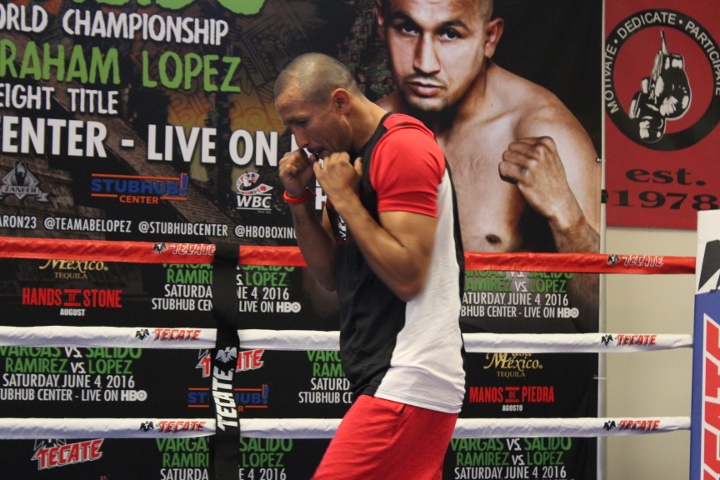 "Little by little, it's become reality that my career has been growing. I've been training very hard and am counting down the days until my fight on Saturday. I know the fans like to see action and my fighting style delivers that. My goal is to fight two or three more times this year. This Saturday, everyone can expect me to put on a show in the ring." 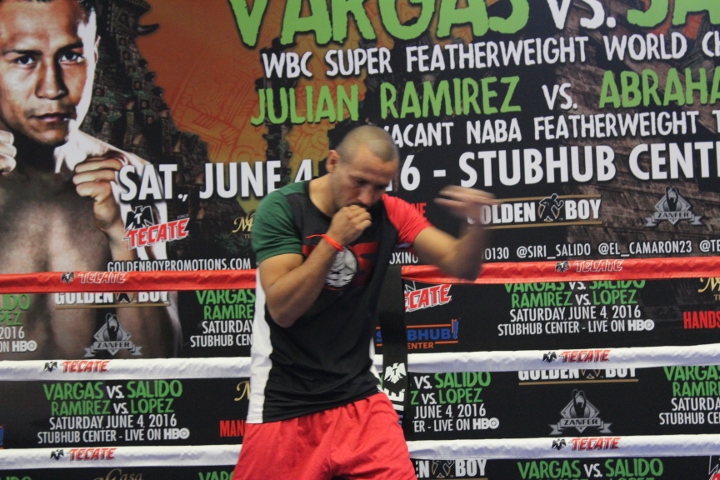 "I can't wait to fight at The StubHub Center this Saturday. This has been a great training camp with my stable mates. They [Nava and Rafael] have fights on Friday and we have been preparing together every step of the way. My camp and I do a lot for our community and that's why I think the fans will come out on Saturday." 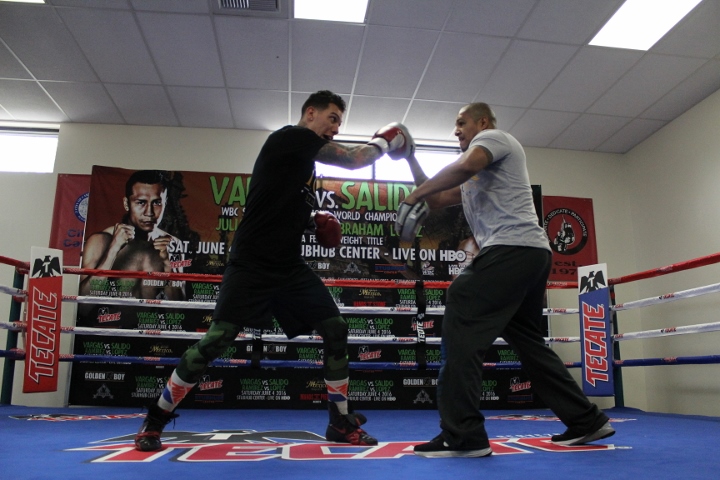 "I'm not looking for it, but if the knockout comes, I'll be ready take it this Saturday. My brother [Golden Boy fighter Ronny Rios] and I are used to training and fighting together. It was very exciting to fight the day before the Canelo vs. Khan fight at the Toshiba Plaza, and if the matchmakers allow it, I hope to move on up to the biggest fights I can." 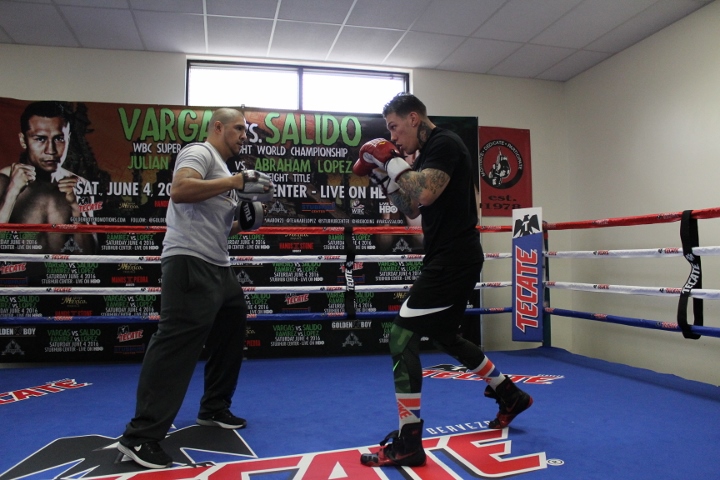 Below is what the fighters on the June 3 LA FIGHT CLUB card had to say at today's workout: 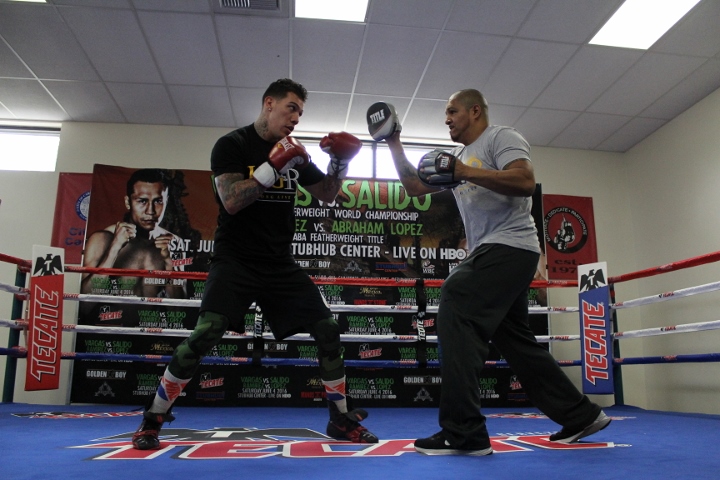 "I'm very comfortable at my weight of 126 going in to this fight. I've been training hard and staying healthy. For me, it's not about being undefeated it's about fighting the best and being the best. This is the first fight week my brother (Golden Boy fighter Alexis Rocha) and I both have fights. I'm glad I fight first because I get more nervous when he fights than when I do." 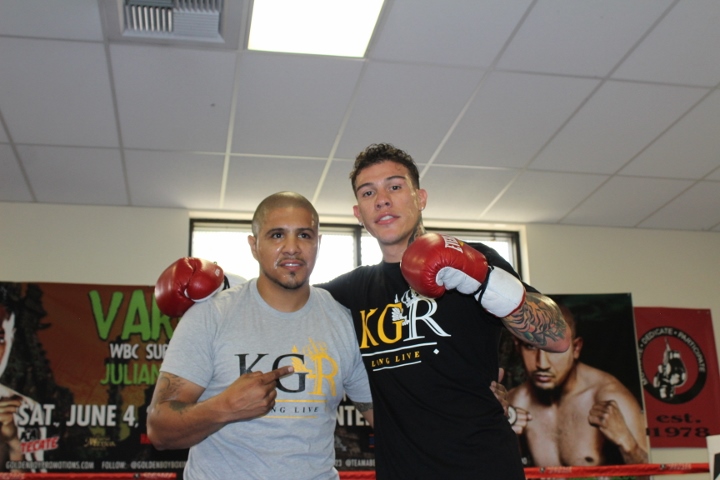 "I'm not too focused on my opponent. I go in to every fight focusing on training and improving my style. Every fight is a progression. My dream is to hopefully sign with Golden Boy Promotions and I hope this fight brings me closer to that. I always say, 'one fight at a time.'" 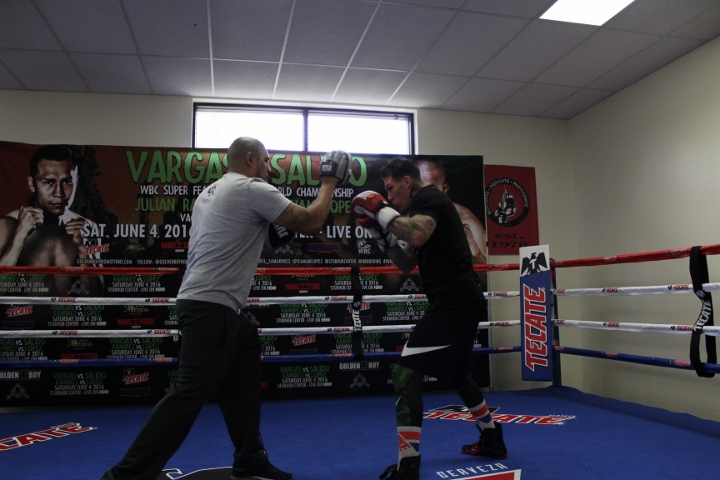 "I feel very comfortable going into this fight knowing I just fought six weeks ago. I know my opponent has fought many former world champions and has the experience to fight very hard. I expect her to be a very tough opponent.

"Personally, I feel very blessed and grateful to be the first woman ever opening the televised fight this LA FIGHT CLUB. This is the start of something that hasn't been done before, and it feels really amazing. I hope to pave the way for other female boxers in the sport and to move on up to the biggest fights." 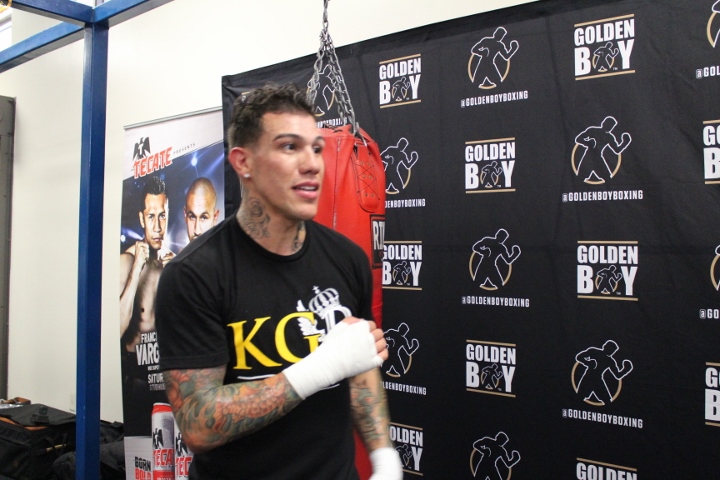 "I know that my opponent will probably put pressure on me, but I also know he was stopped at the last fight club and I have been training really hard to defeat him. My goal is to fight three more times this years and I will keep going back to the gym and training hard to accomplish that." 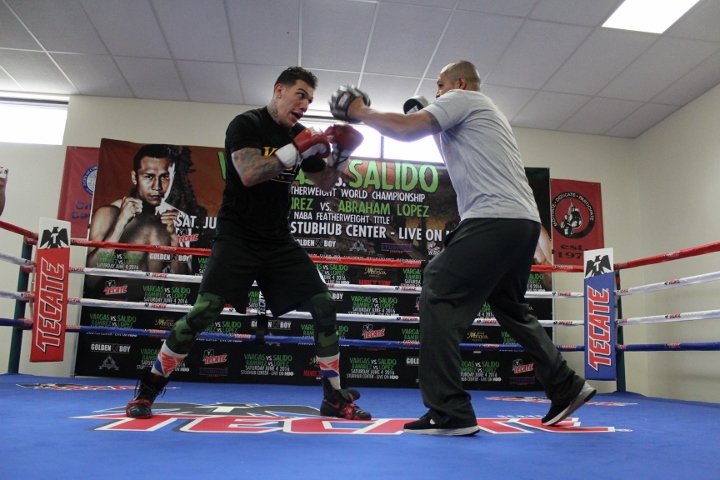 "This is my second fight at LA FIGHT CLUB, and I've trained hard with my stablemates. We have been pushing each other very hard to prepare for our fights and I feel very good about Friday." 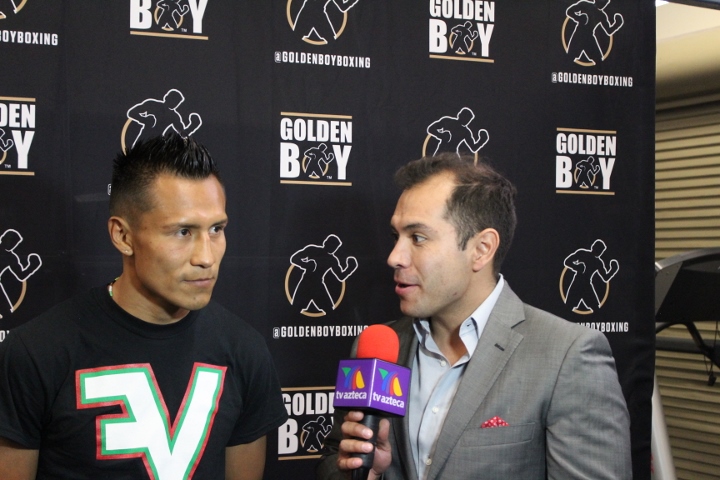 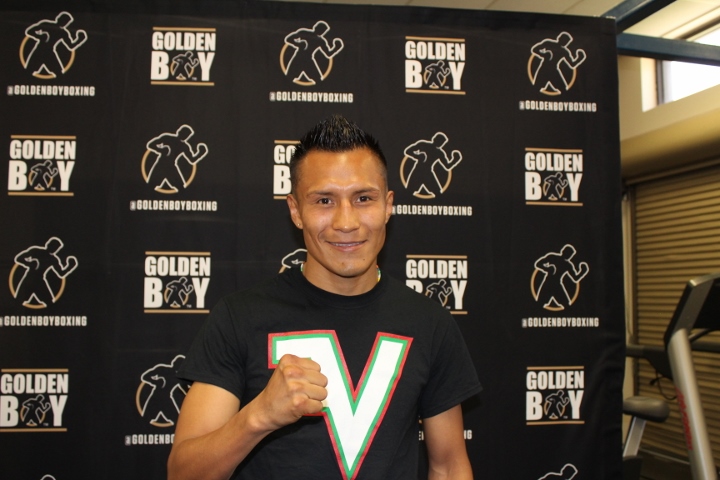 Francisco Vargas vs. Orlando Salido is a 12-round battle for the WBC Super Featherweight Championship presented by Golden Boy Promotions in association with Zanfer Promotions and sponsored by Cerveza Tecate, BORN BOLD, Casa Mexico Tequila and HANDS OF STONE: The True Story of Roberto Duran, in theaters this August. The HBO Boxing After Dark telecast begins live at 10:30 p.m. ET/PT. The RingTvLive.com live stream begins at 7:30 p.m. ET/4:30 p.m. PT. 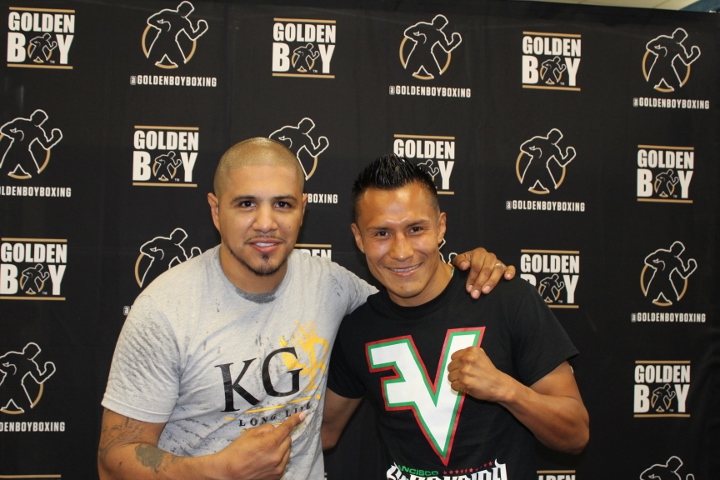 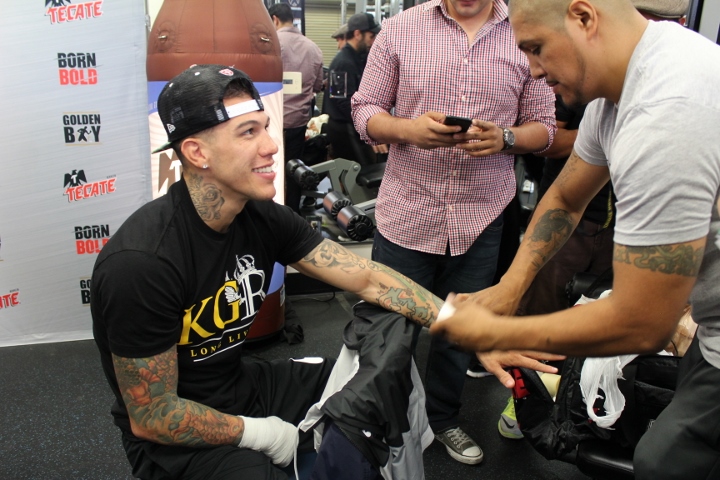 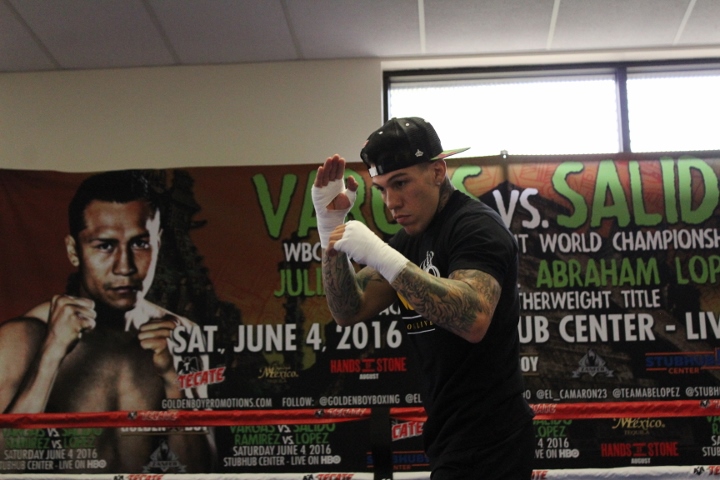 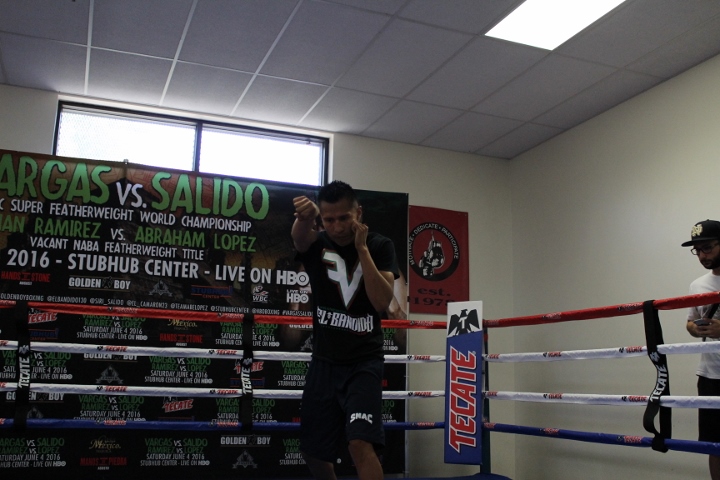 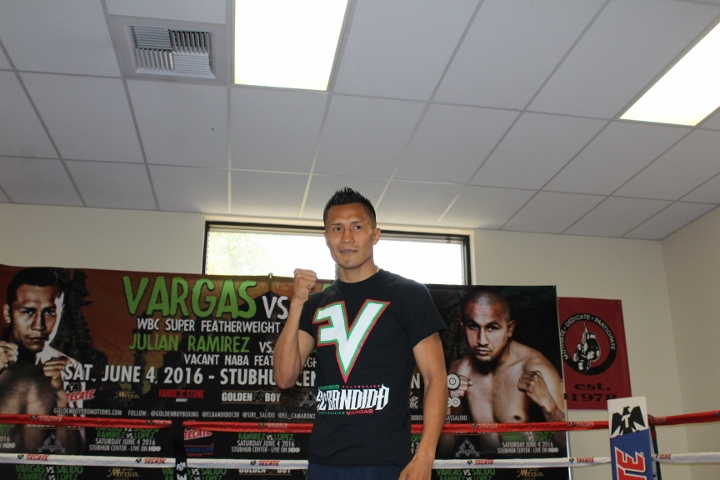 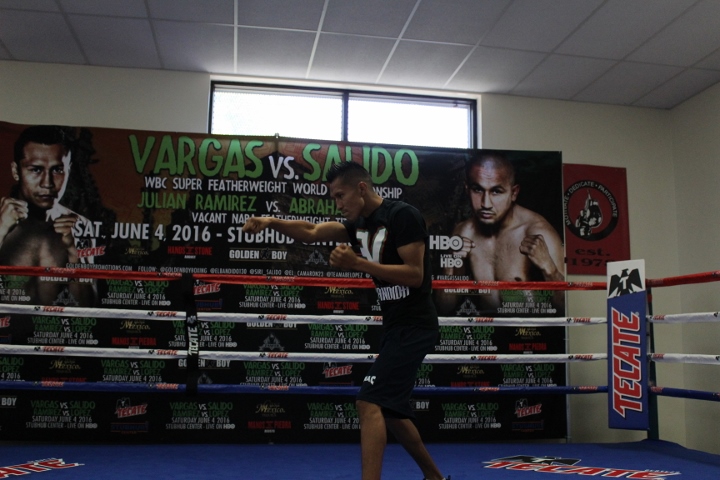 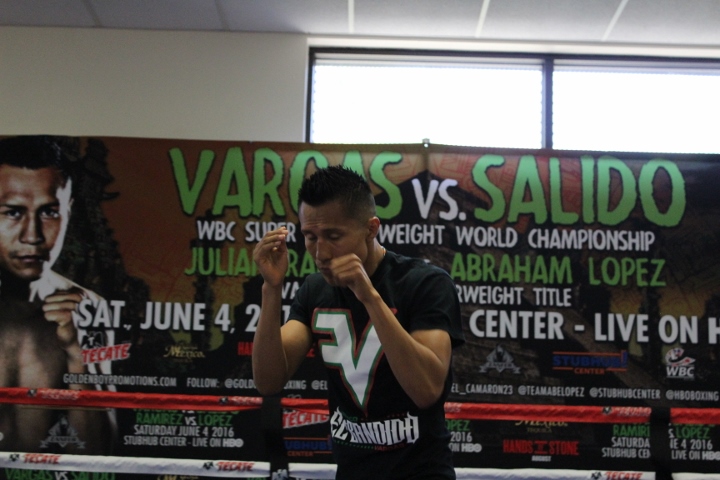 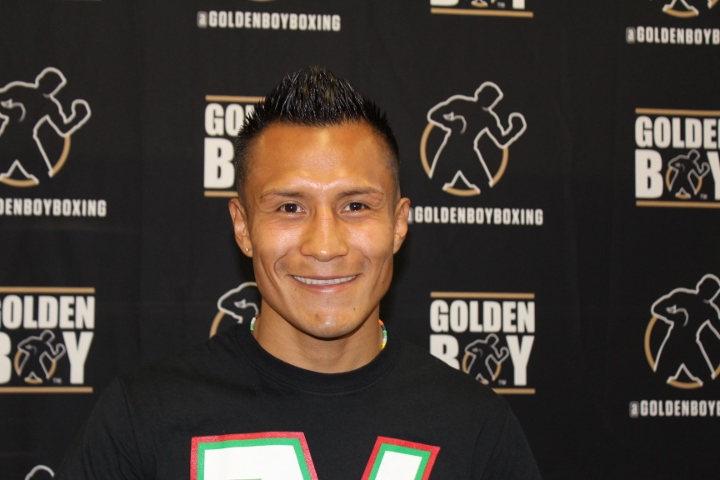