MINNEAPOLIS - Former world champion Erislandy "The American Dream" Lara and Ramon "El Inocente" Alvarez squared off at the final press conference Thursday before they battle for the WBA Super Welterweight title this Saturday night from The Armory in Minneapolis. (photos by Stephanie Trapp)

Also on hand at Thursday's press conference and featured in action beginning at 8 p.m. ET/5 p.m. PT Saturday were fast rising super welterweights Sebastían "The Towering Inferno'' Fundora takes on Jamontay "The Quiet Assassin'' Clark, who meet in a 10-round showdown, and hard-hitting Cuban heavyweight Frank Sachez and Victor Bisbal, who compete in a 10-round bout. 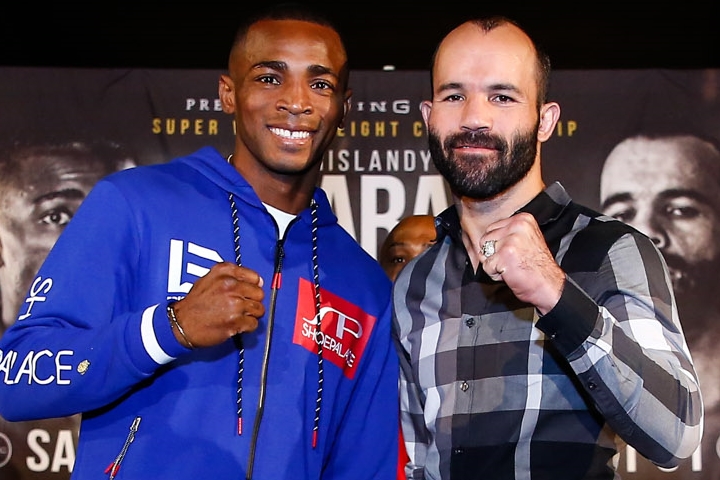 The fighters were joined on the press conference stage by Cuban great and former two-division world champion Joel Casamayor. 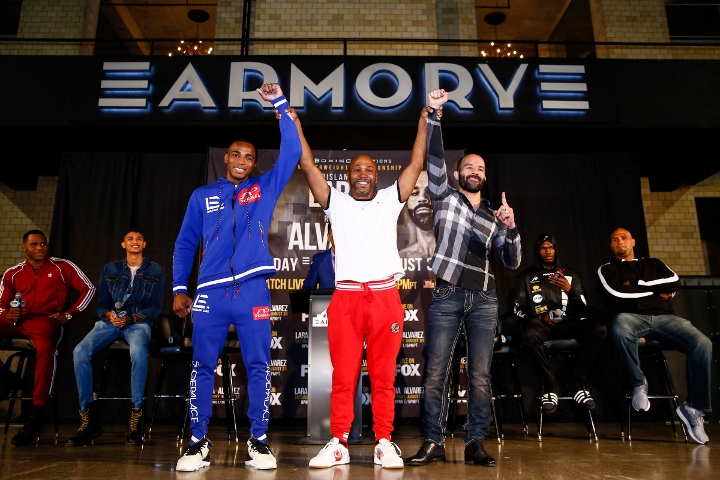 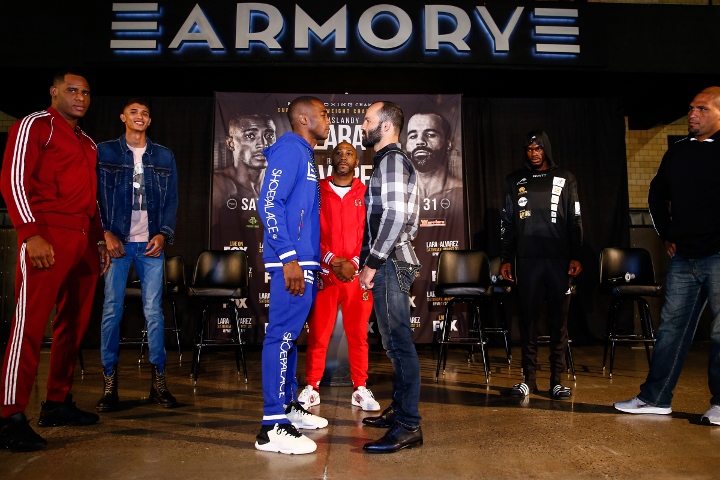 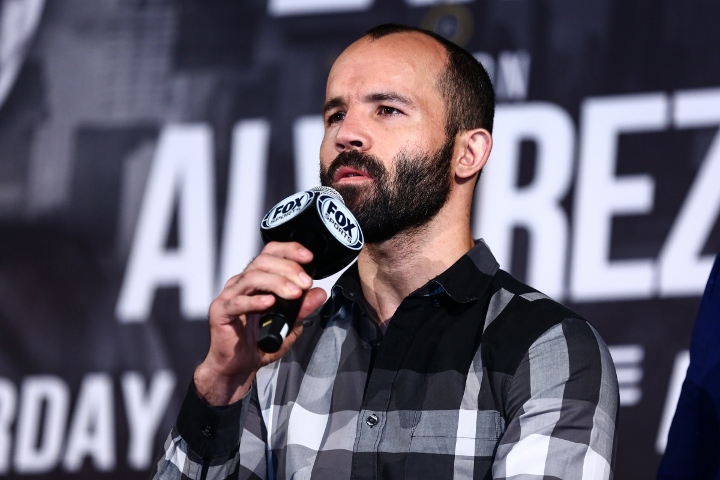 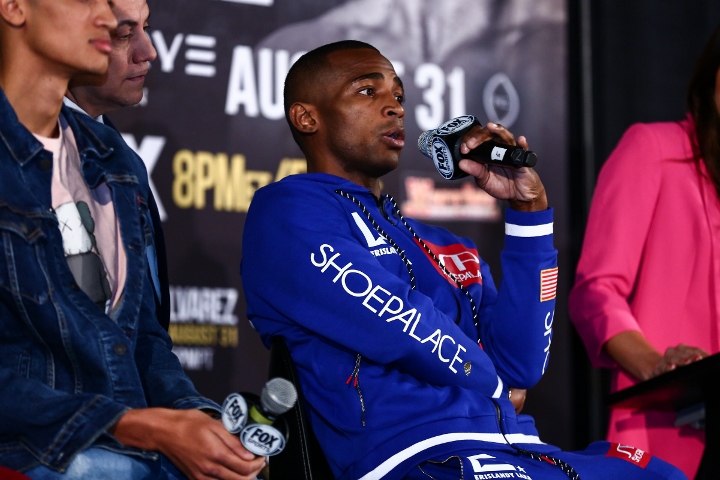 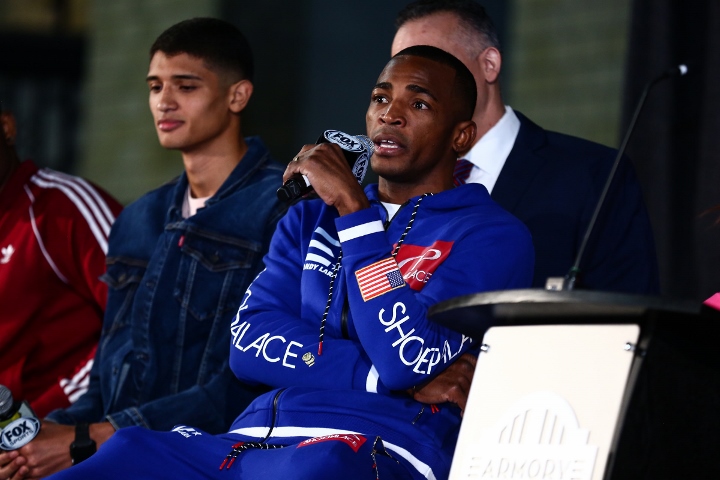 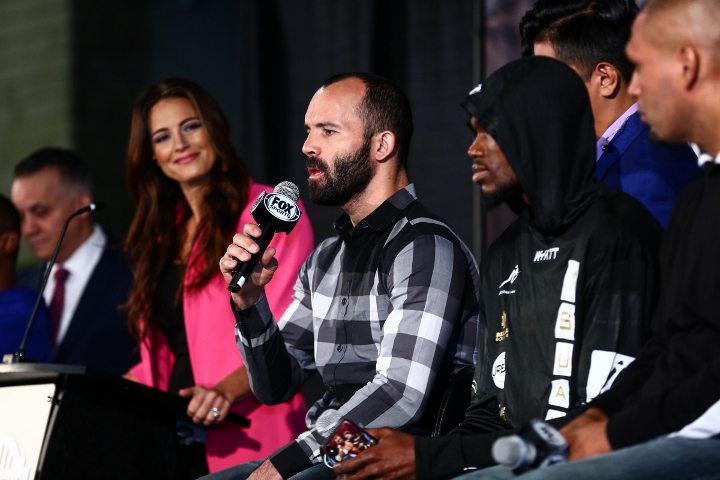 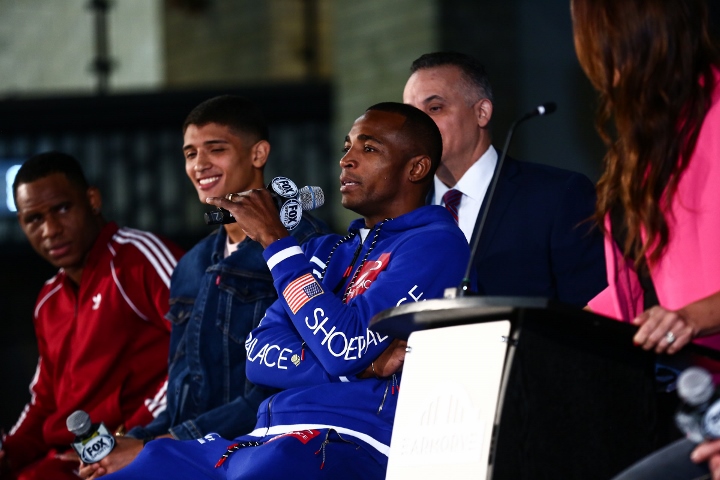 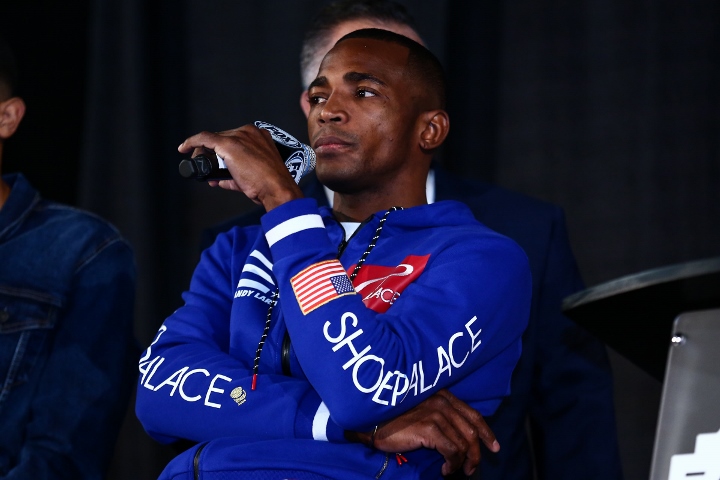