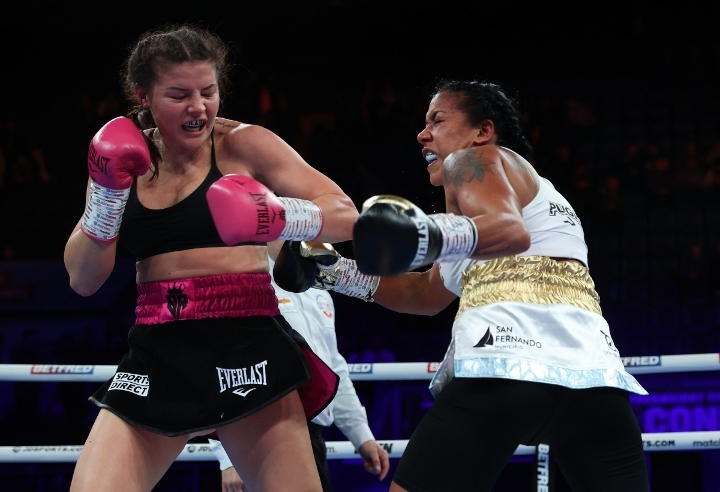 Farias had lost her last three fights, all by decision, to Mayer and back to back wars with Jessica McCaskill. All three were world title fights. 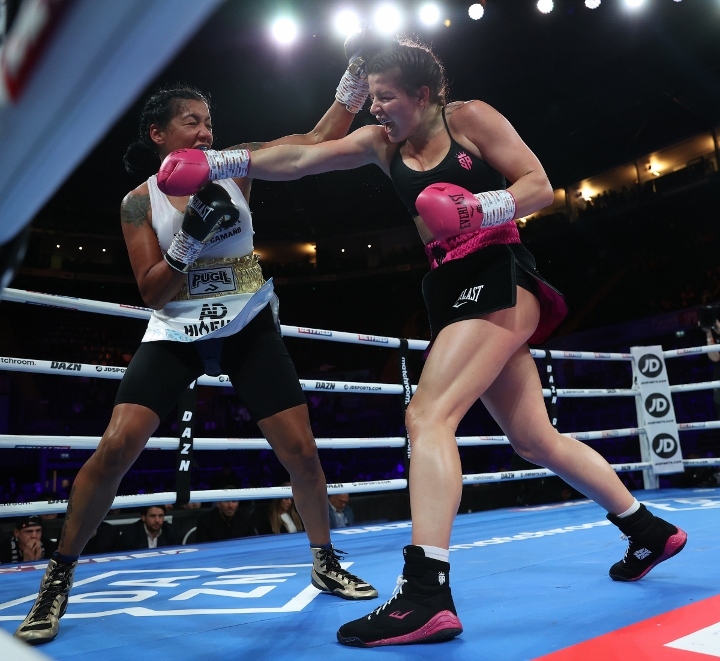 In a mandatory main event showdown, for the WBA's "regular" title at featherweight, Leigh Wood (26-2, 16 KOs) recovered from near disaster and was certainly down on the cards, came back in the twelfth and final round to knock unbeaten Michael Conlan (16-1, 8 KOs) out cold and out of the ring. 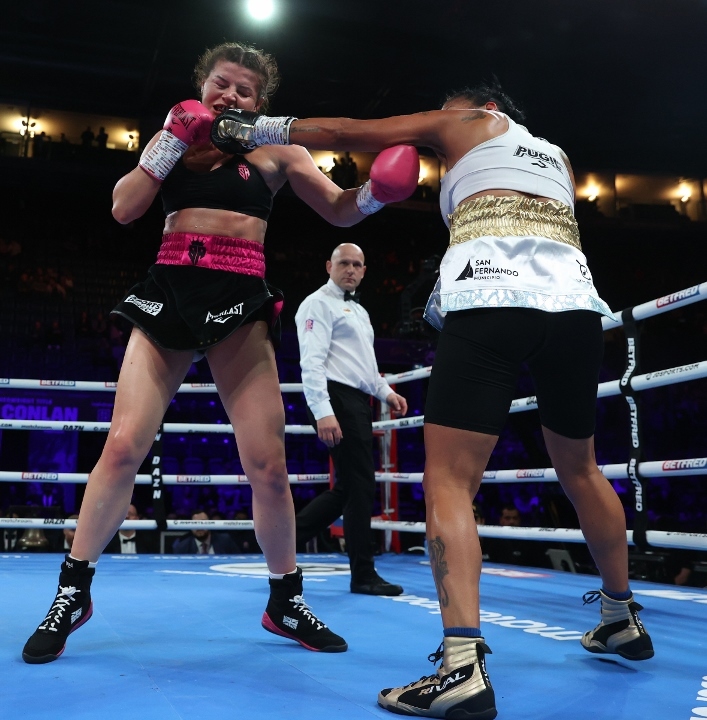 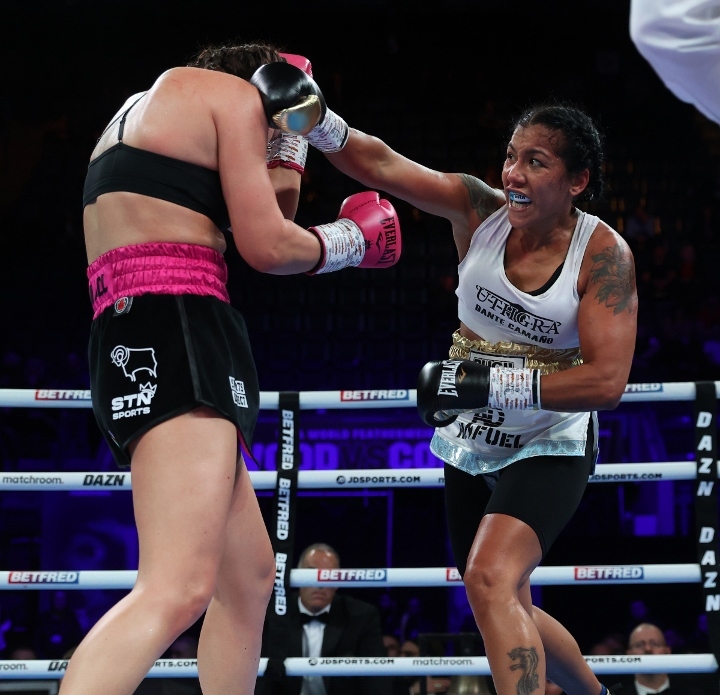 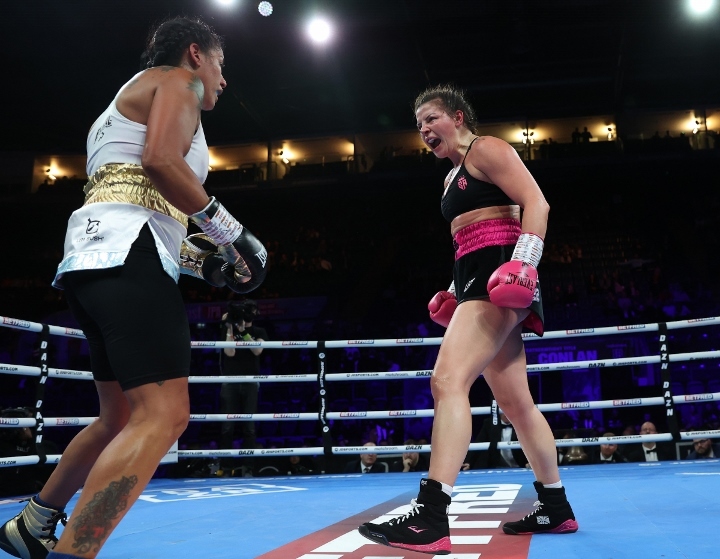 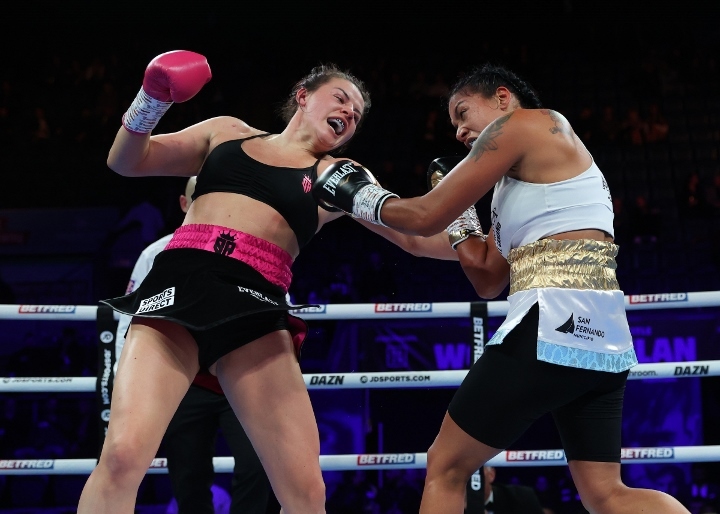 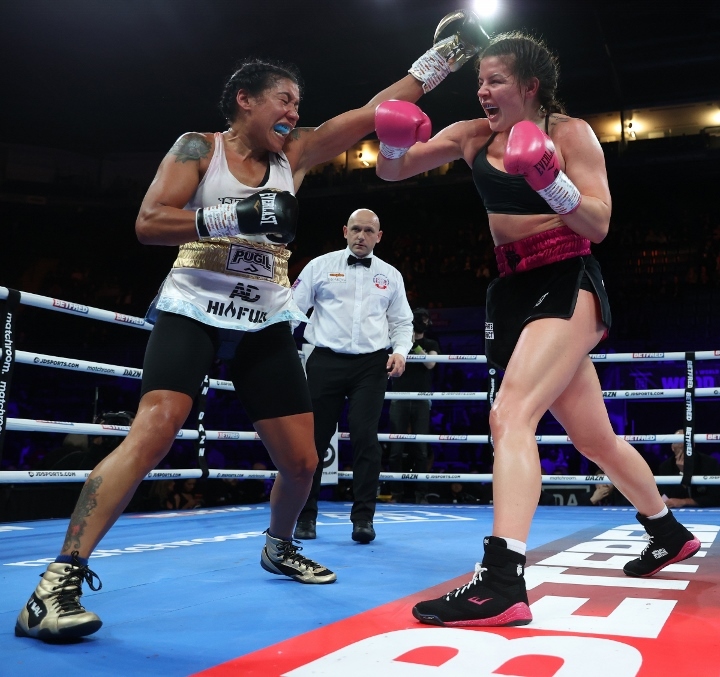 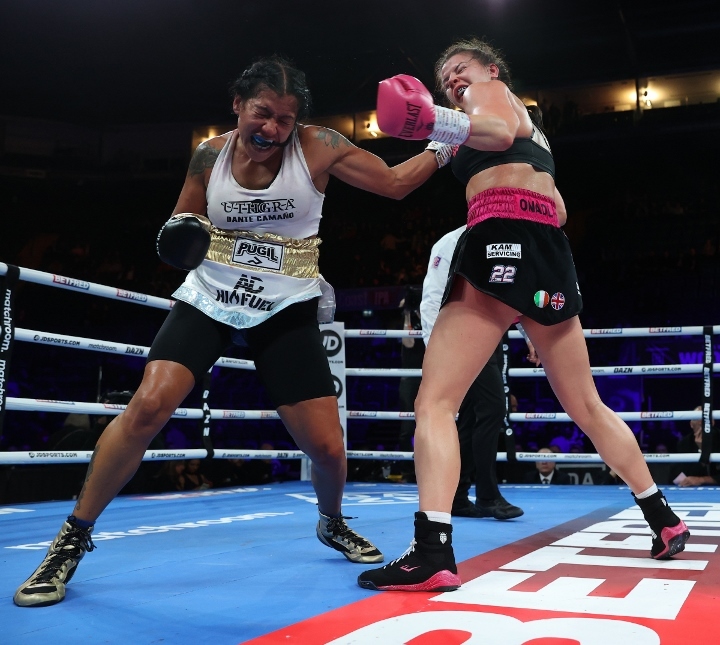 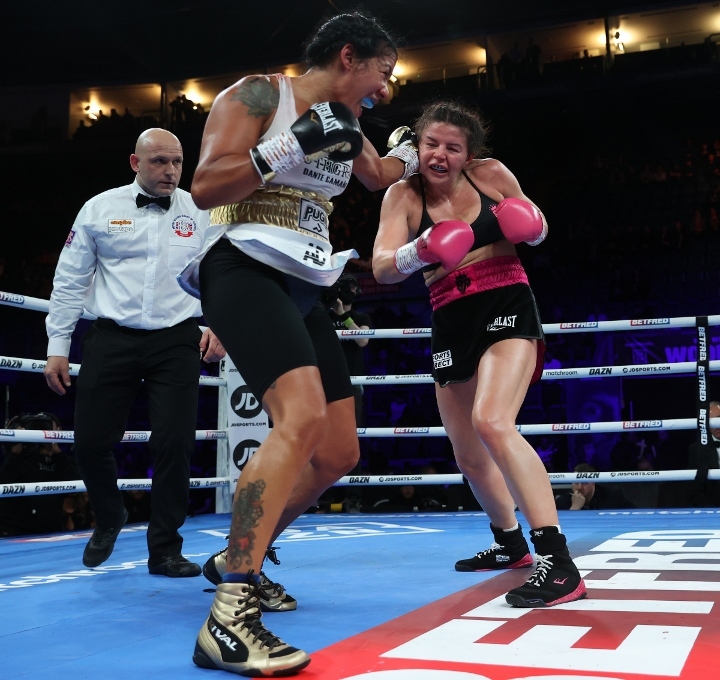 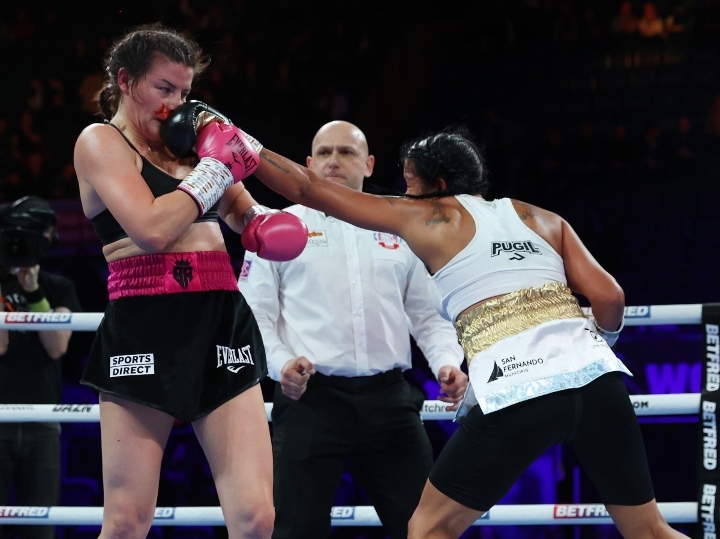 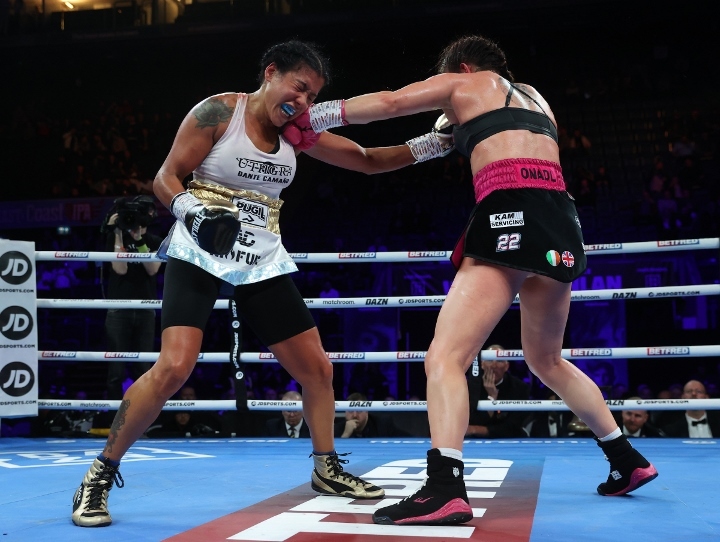 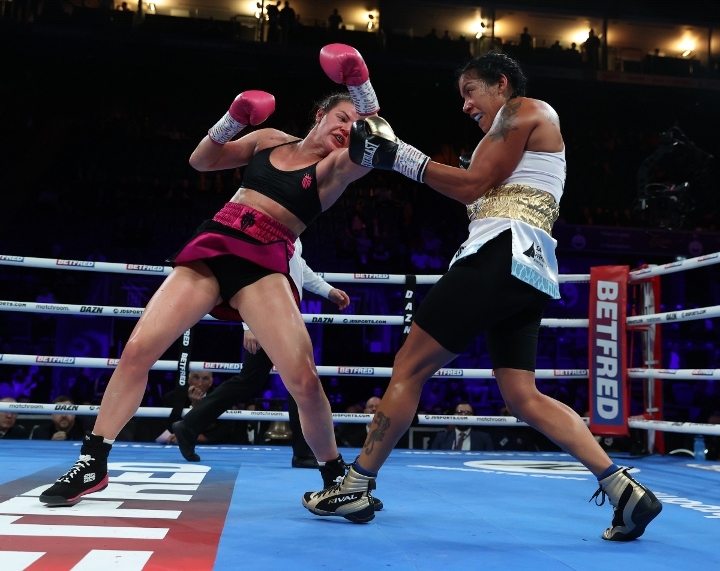 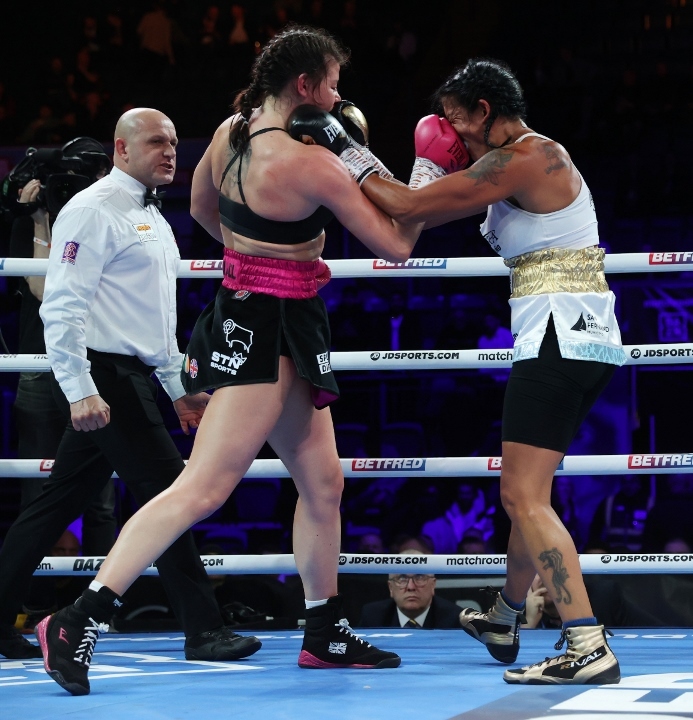 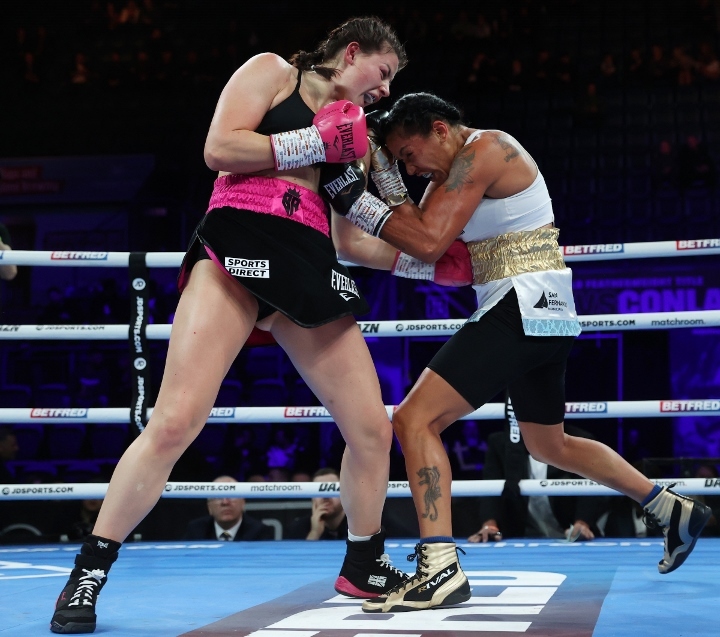 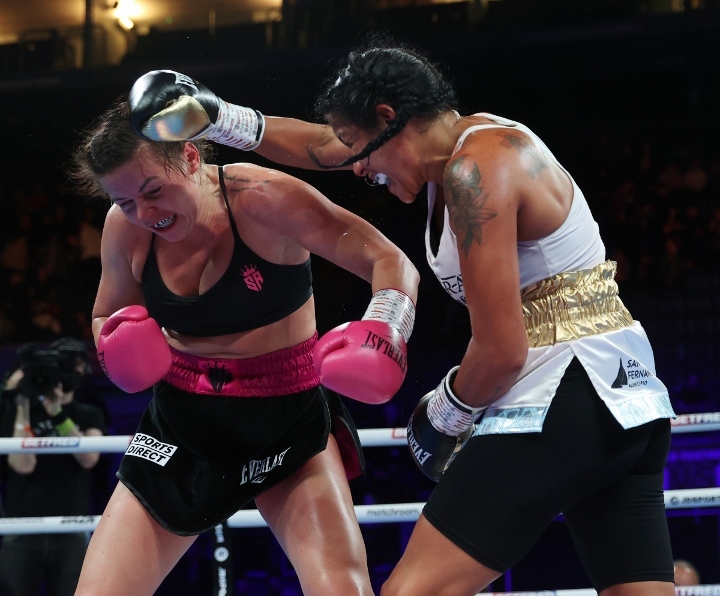 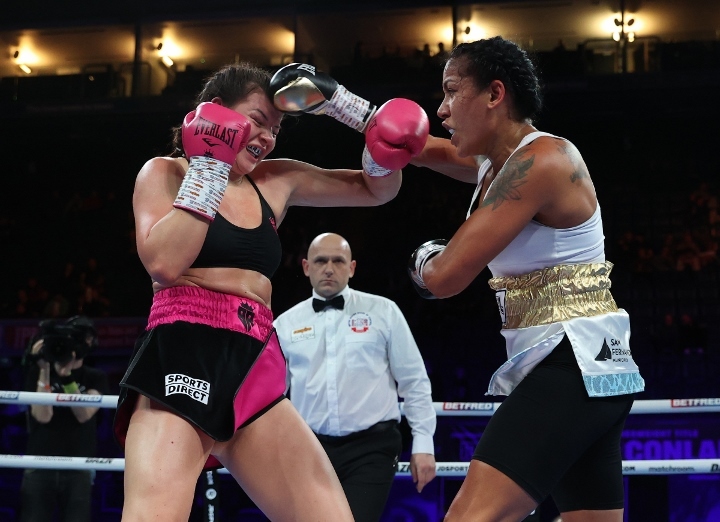 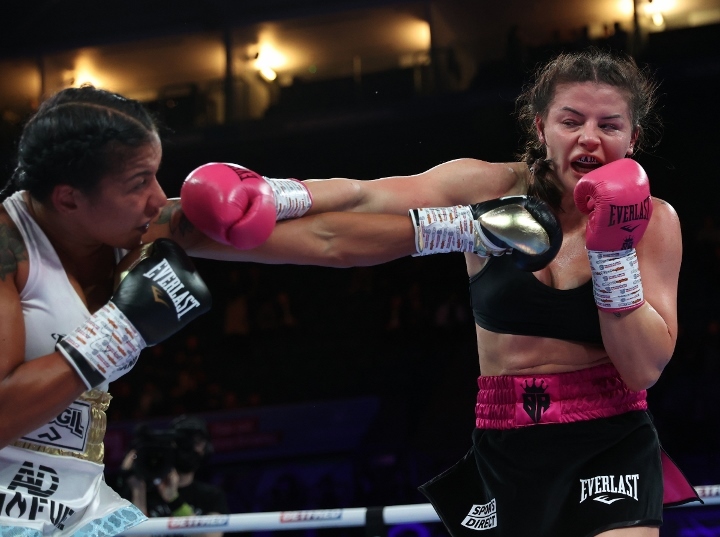 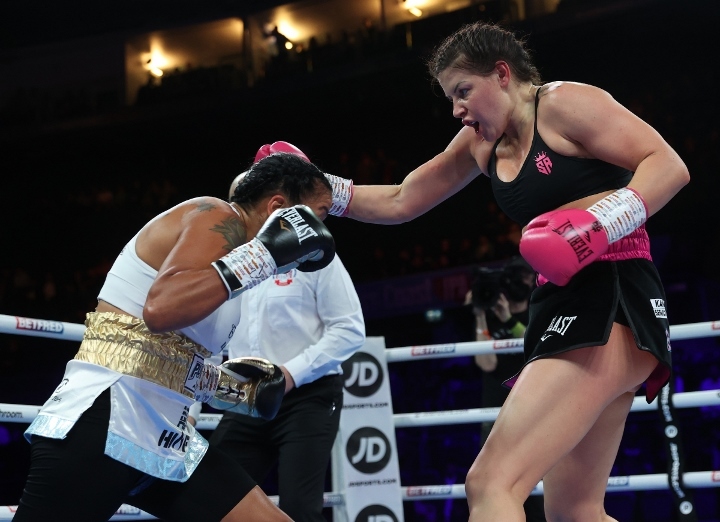 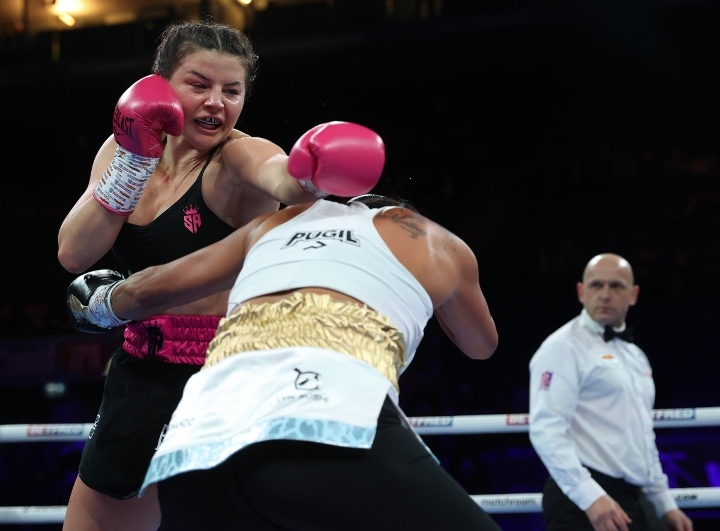 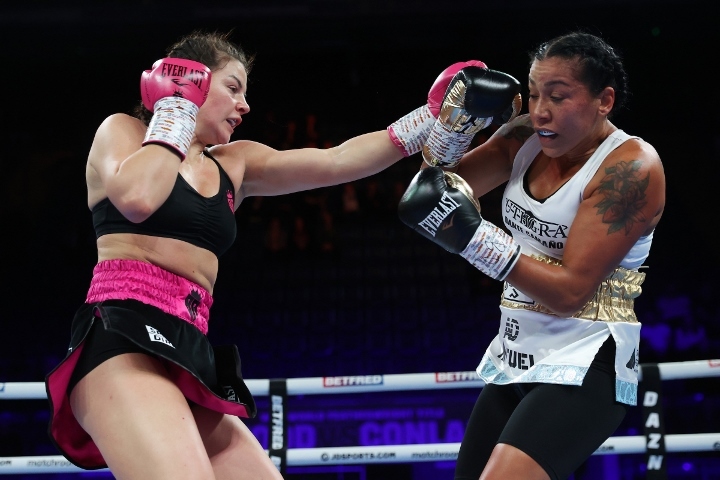 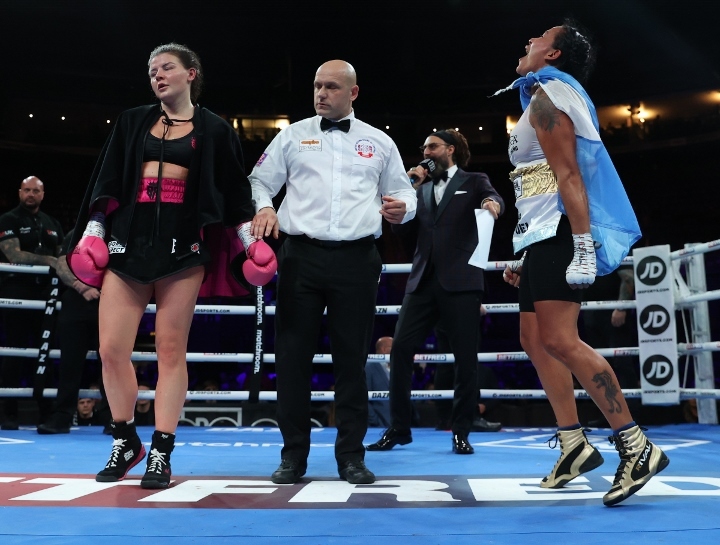 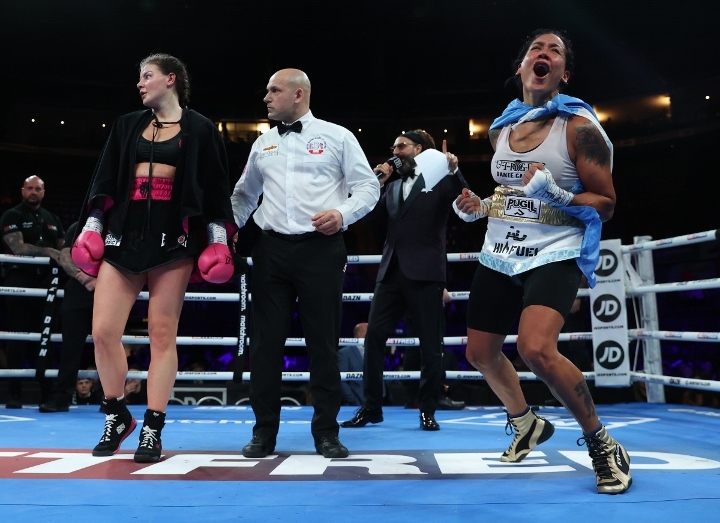 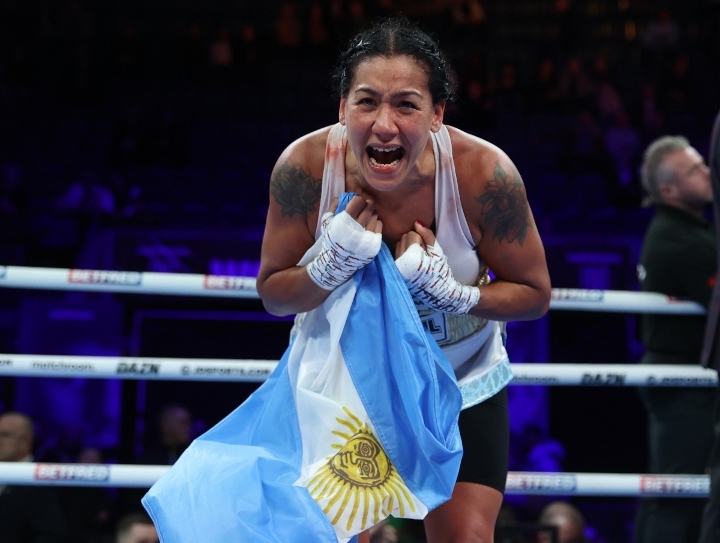 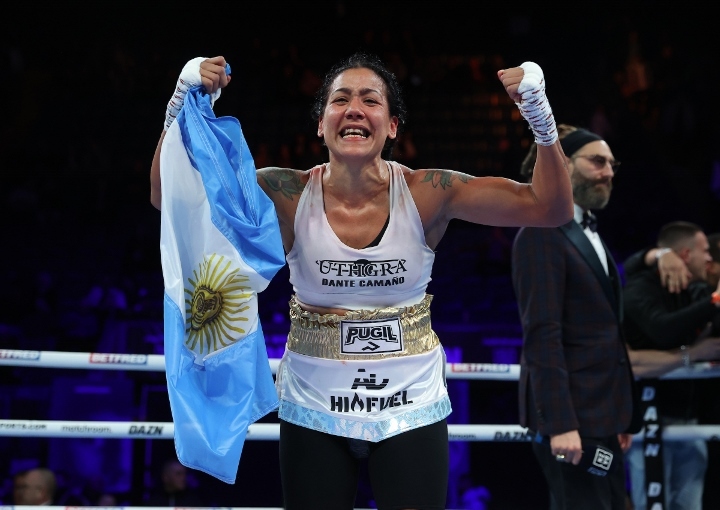