T-Mobile Arena, Las Vegas - In a super middleweight clash, Edgar Berlanga (18-0, 16 KOs) went the distance for the second time in his career, but this time he was forced to get off the floor to win a ten round unanimous decision over veteran Marcelo Coceres  (30-3-1, 16 KOs). (photos by Fox Sports) 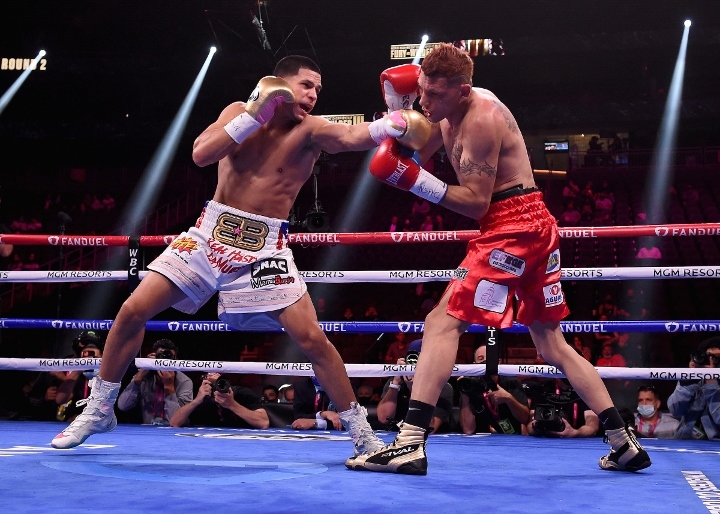 In his last fight, Berlanga went the distance for the first time. He knocked all of his other opponents in the first round. 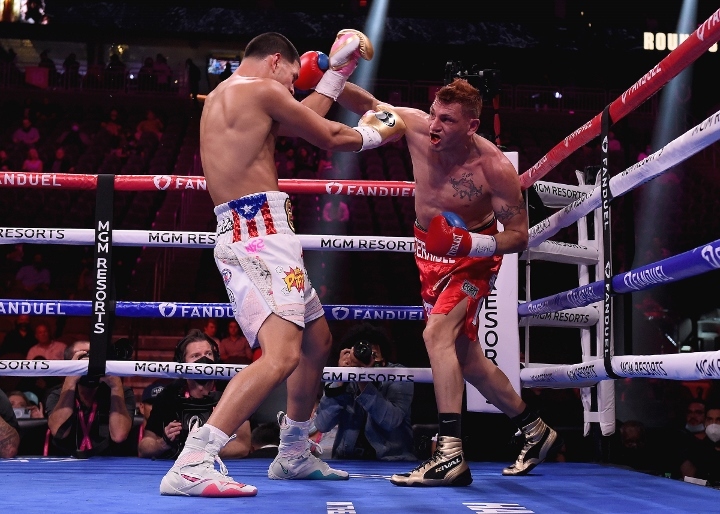 He started out with his jab against Coceres and controlled the entire pace for the first two rounds. Coceres was looking to counter, while Berlanga was pressing and stalking, looking for big power shots to land. Coceres was jabbing well and Berlanga was answer back with stiff jabs of his own. 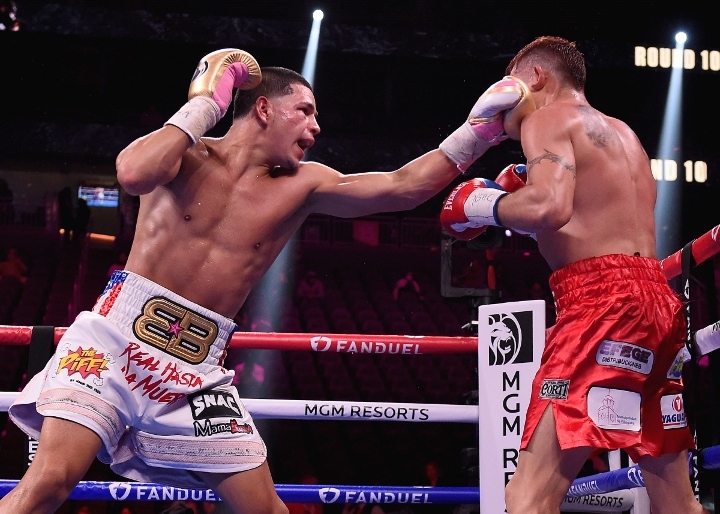 Coceres was starting to take some more chances in the fourth and fifth, with some punches landing to the head and body. Berlanga was still in full control. During the sixth, Coceres was able to rock Berlanga with hard punches that were landing on a regular basis. Berlanga's face was starting to swell up a bit. 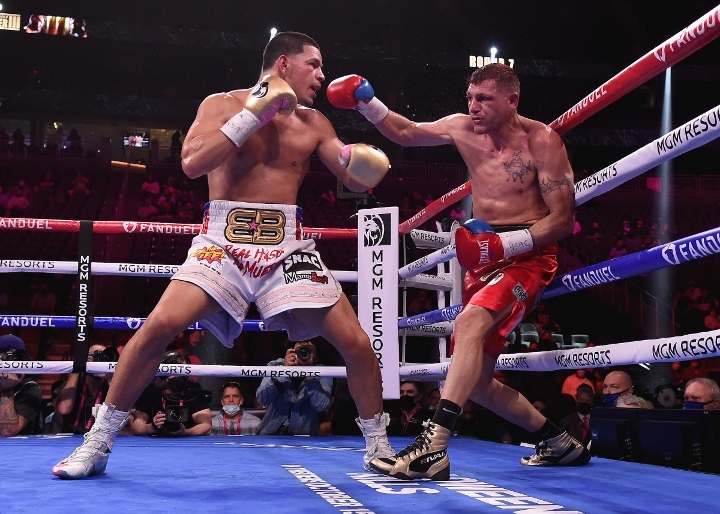 Berlanga came out firing in the seventh, looking to regain control.  Coceres was doing a lot of moving in the eight, with Berlanga following him around. Both landed a few shots. 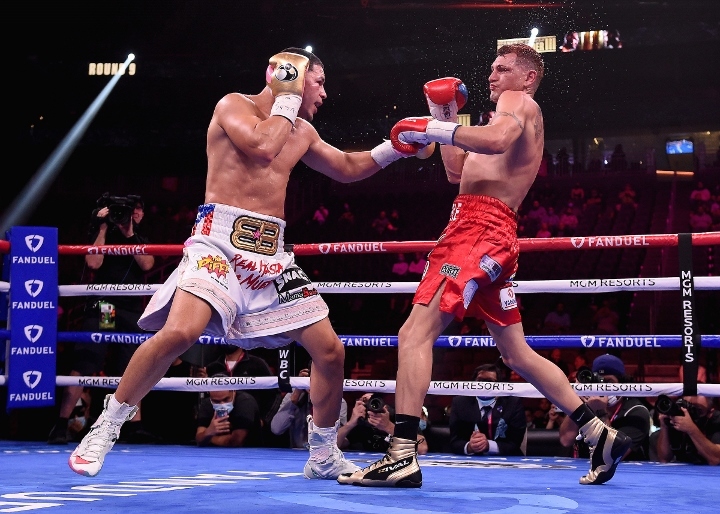 Berlanga came out with a stiff jab in the ninth and was throwing hard hooks. The right eye of Coceres was swollen shut at the end, but he dropped Berlanga as he walked in. Coceres would then stun Berlanga with some punches to nearly drop him again as the round closed. In the tenth and final round, Coceres seemed to look to survive by coasting with his eye swollen shut. Berlanga followed him around and threw punches. 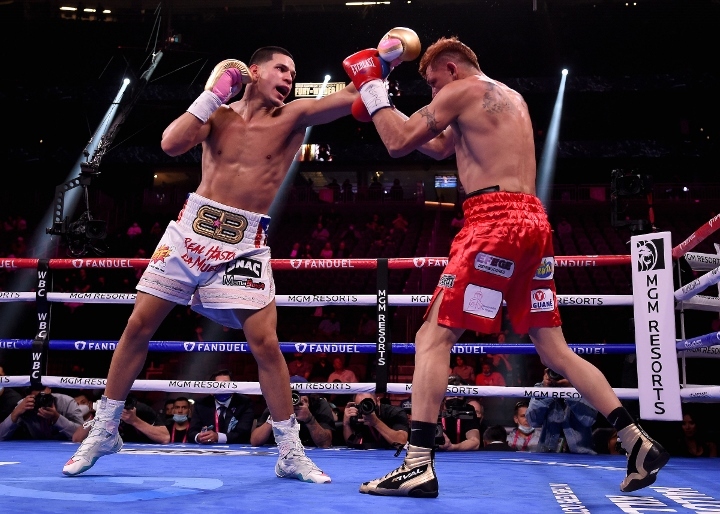 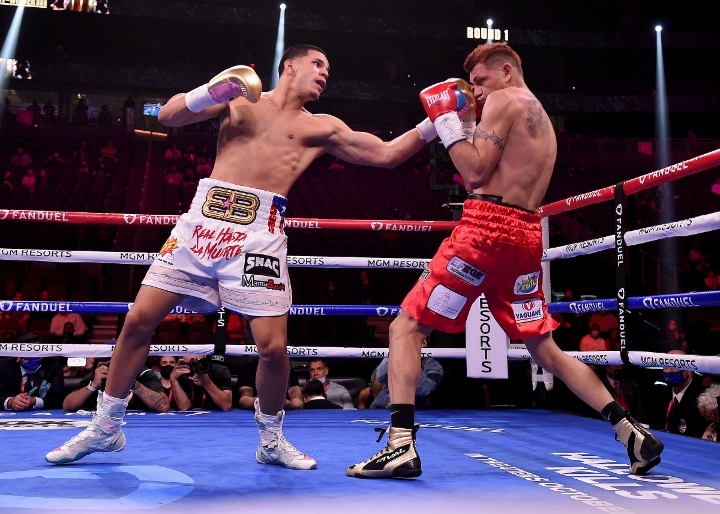 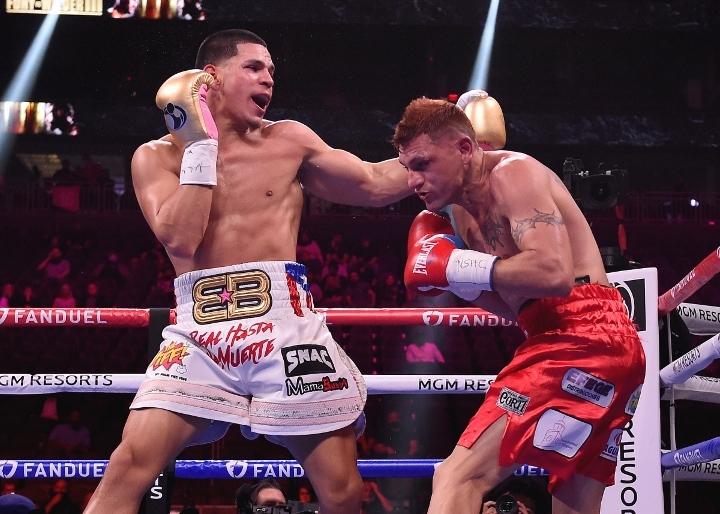 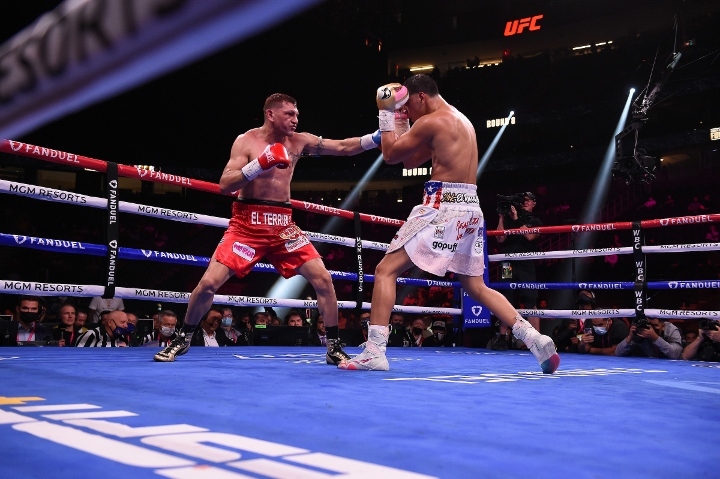 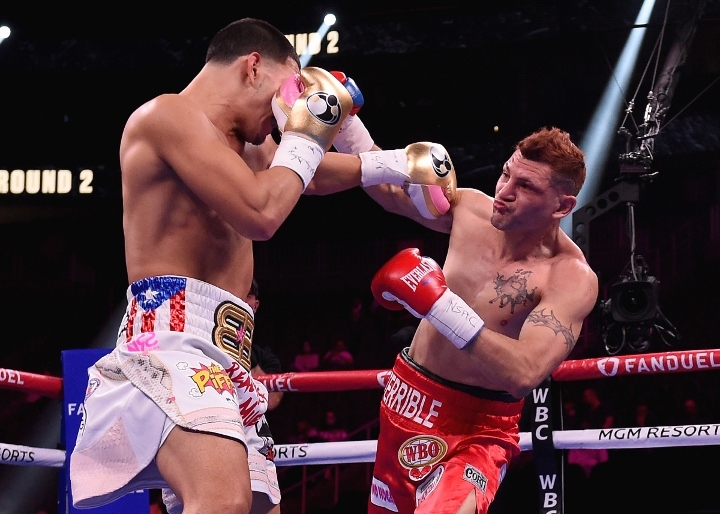 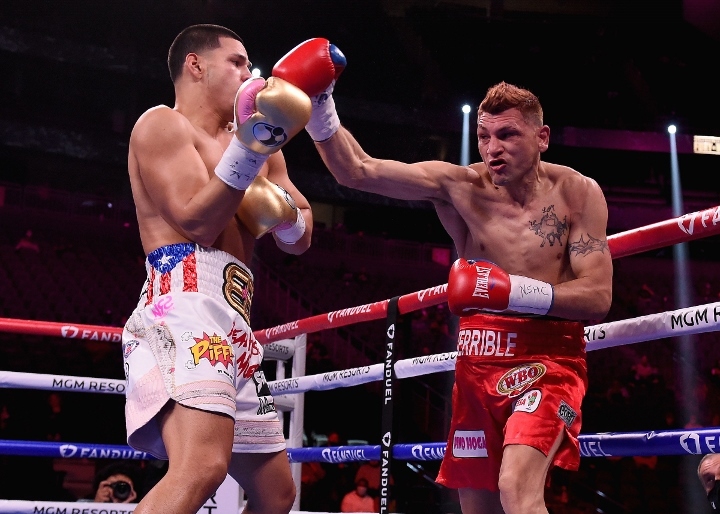 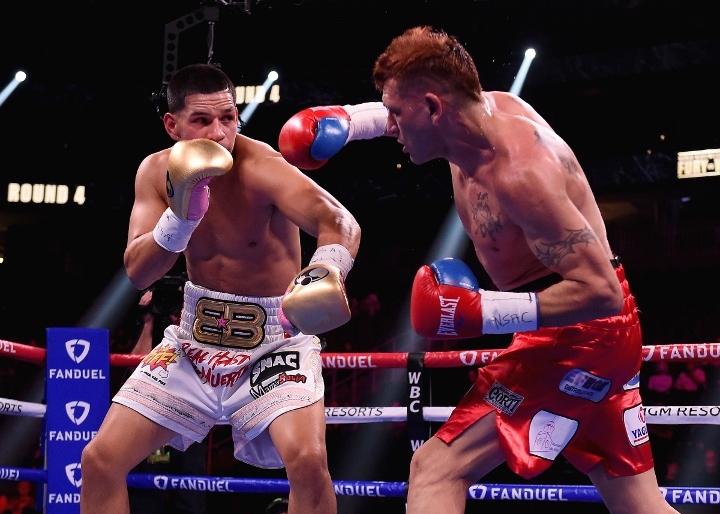 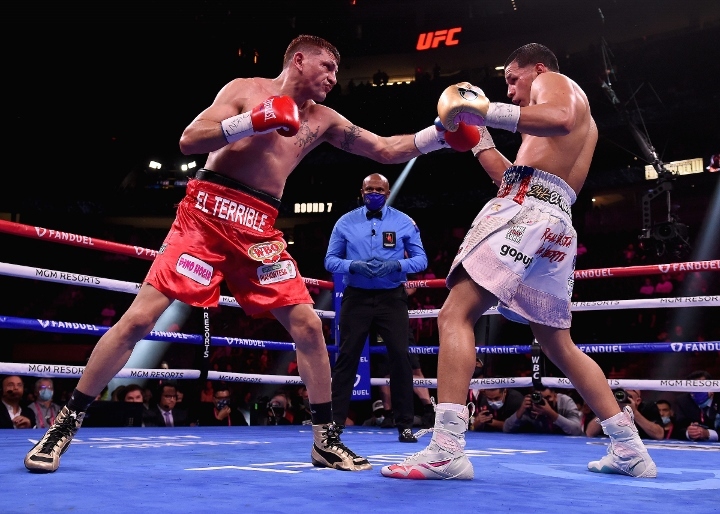 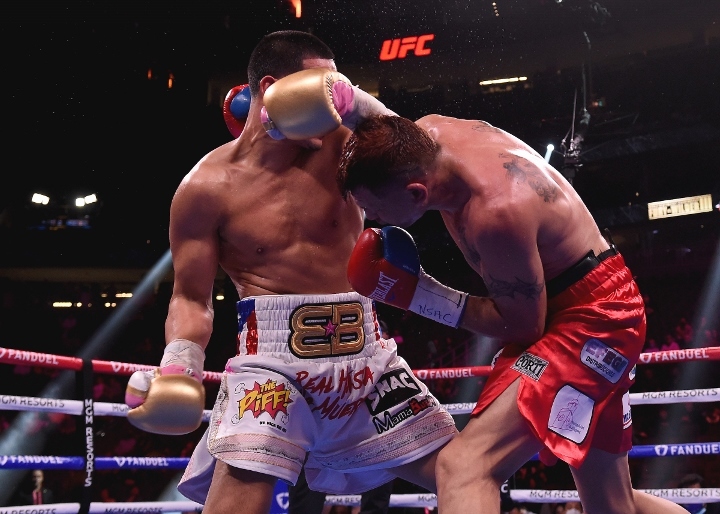 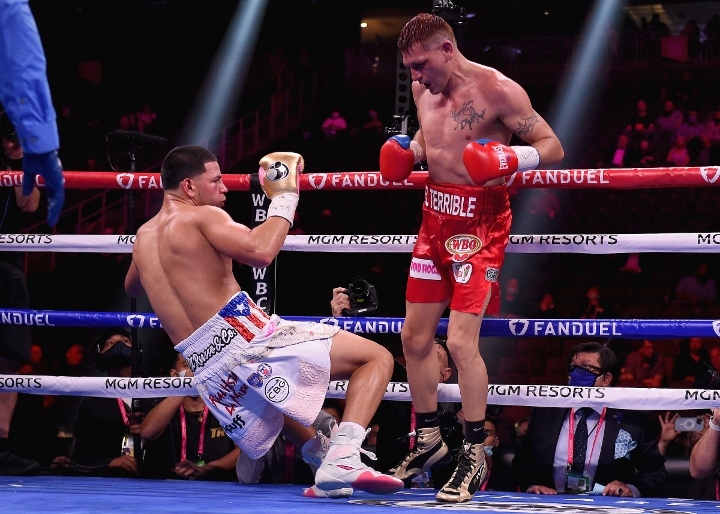 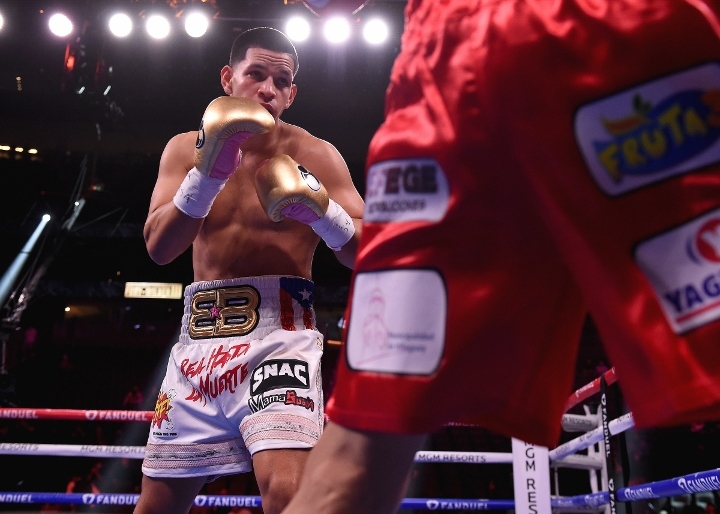 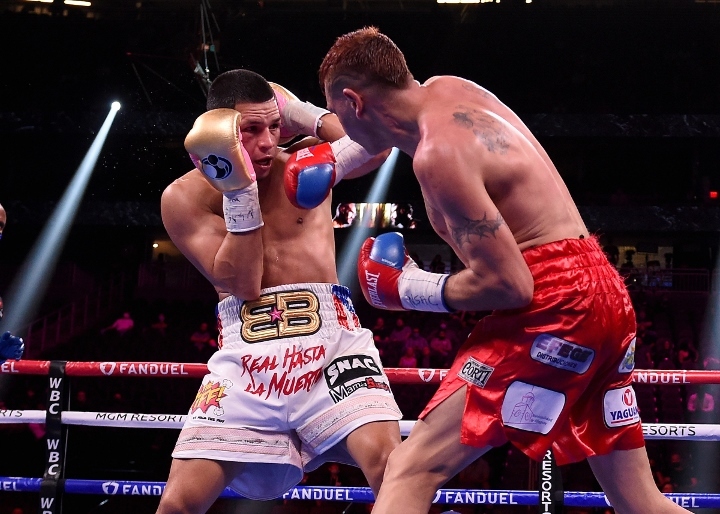 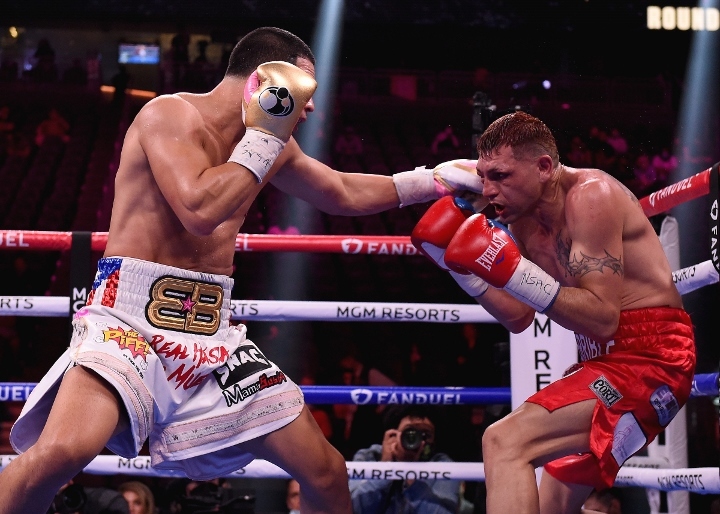 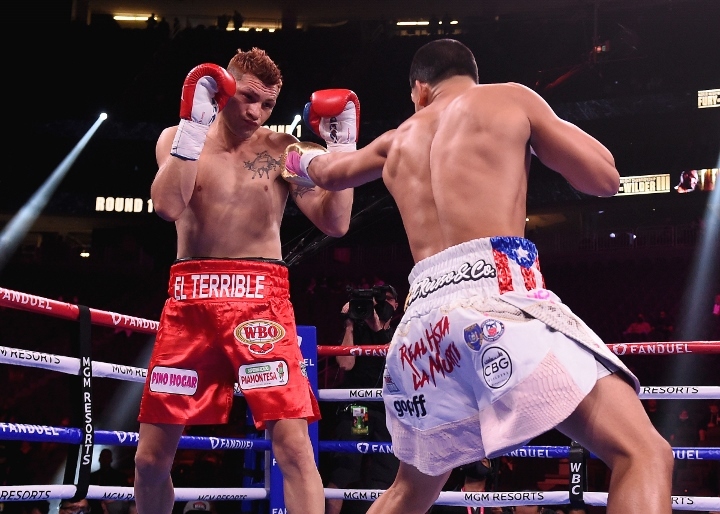 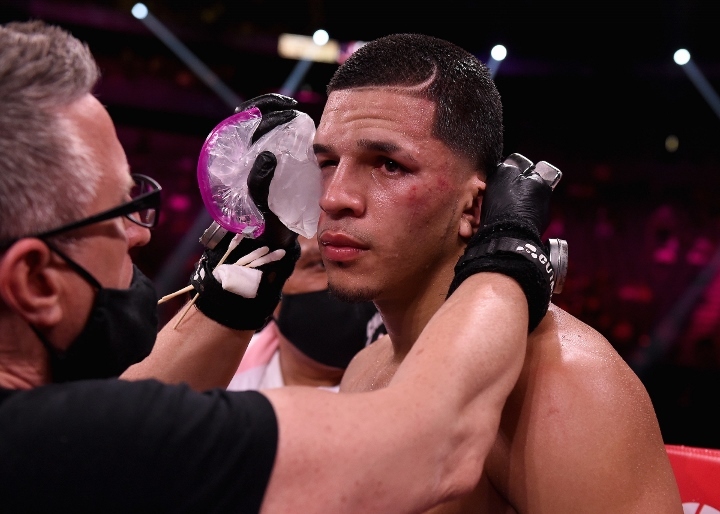 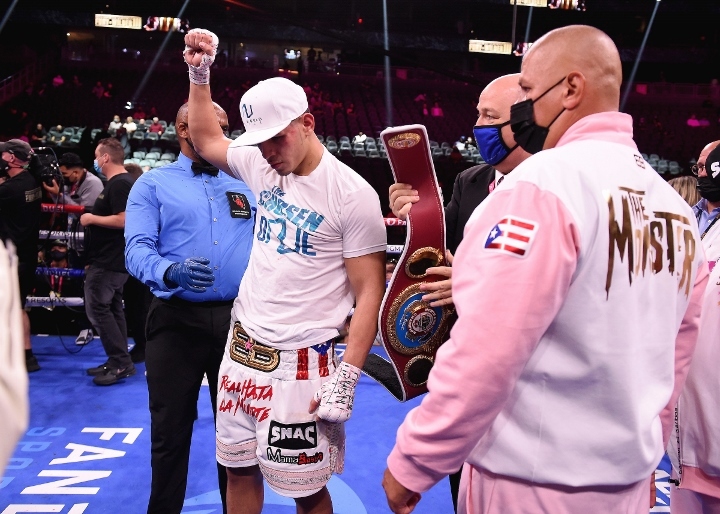 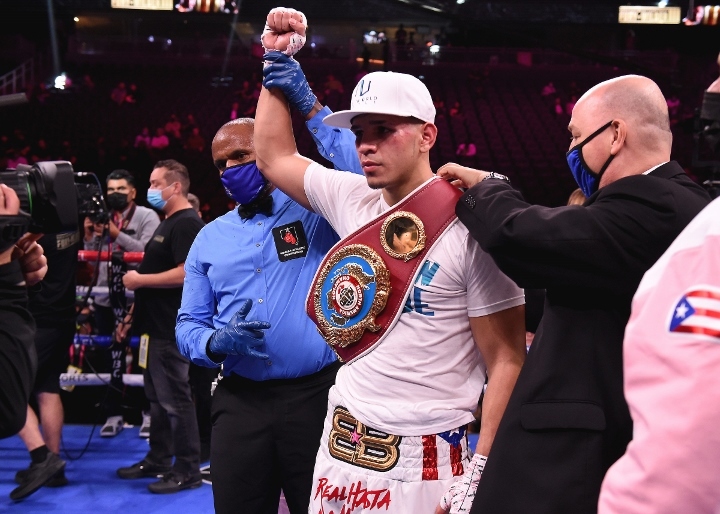