Also at the giveaway, De La Hoya honored California Municipal Finance Authority as the 2016 Corporate Partner of the Year for his namesake Foundation in recognition of their commitment to serving youth in Southern California. 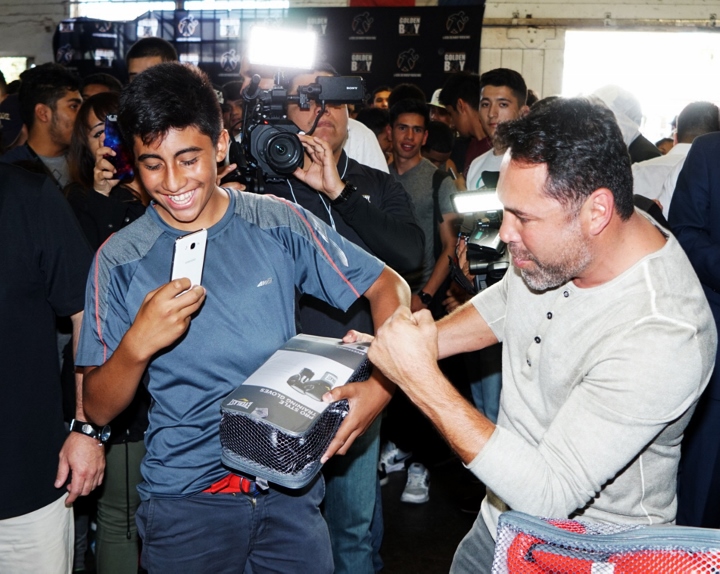 "I was five years old - the age of many of the kids here -- when I first started boxing," spoke Chairman and CEO Oscar De La Hoya. "You start with a dream as simple as becoming a world champion, and with hard work, sacrifice, discipline it will result in something all the more bigger than what you expect." 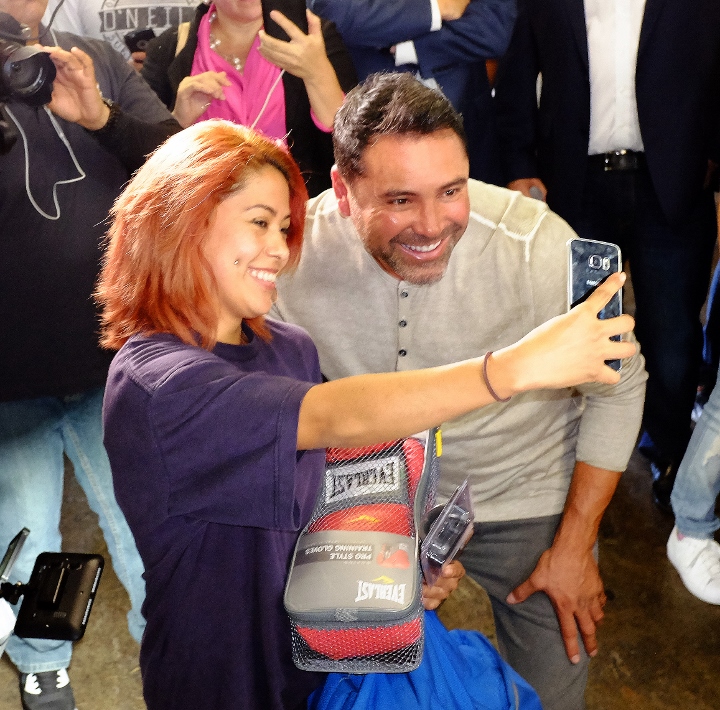 "Today was made possible by our partners from the California Municipal Finance Authority, Azteca Boxing Club and everyone from Golden Boy Promotions. I love the fact that we can come together and give back to the communities that matter the most to us." 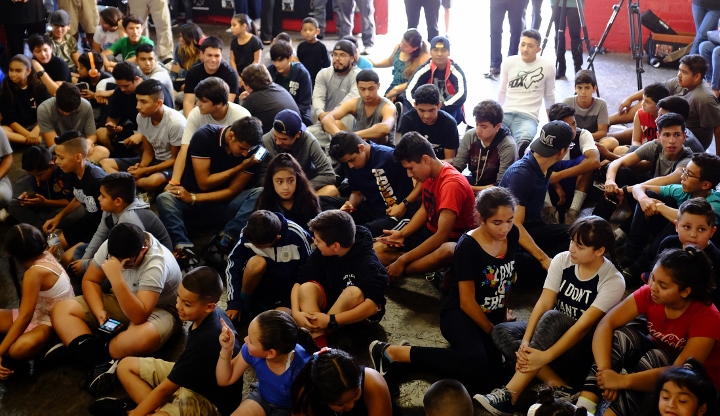 This was the fourth annual boxing equipment giveaway the Oscar De La Hoya Foundation has hosted for after-school youth programs. 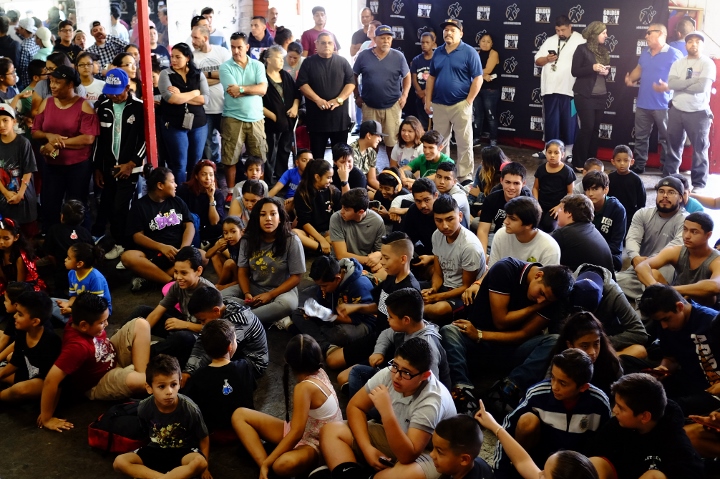 The Foundation, with the support of its corporate partner of the year California Municipal Finance Authority is donating new, state-of-the-art boxing equipment to six gyms in Southern California that serve youth in economically disadvantaged communities plagued by gang and drug violence. The equipment will help these local gyms to provide youth in their communities with an opportunity to engage in boxing as an after-school program alternative to gang activities. 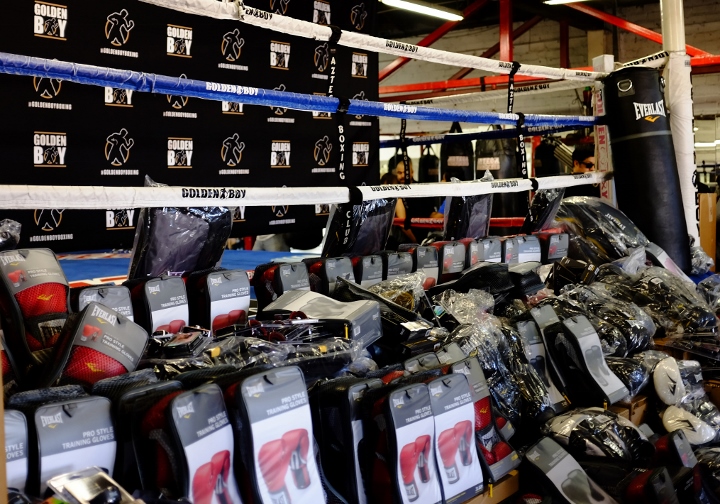 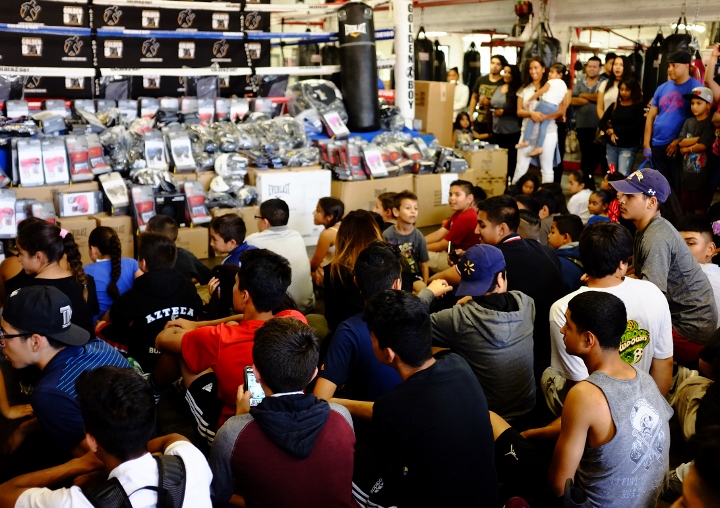 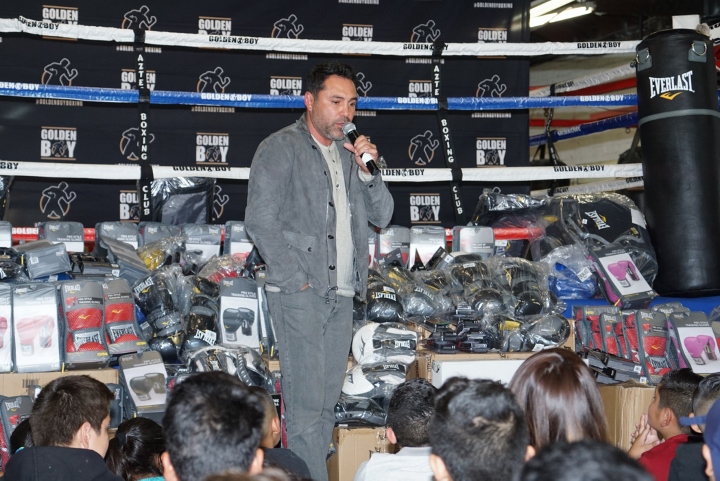 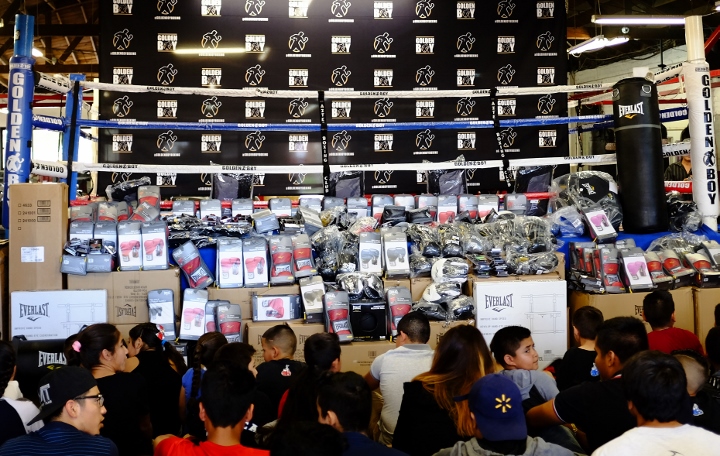 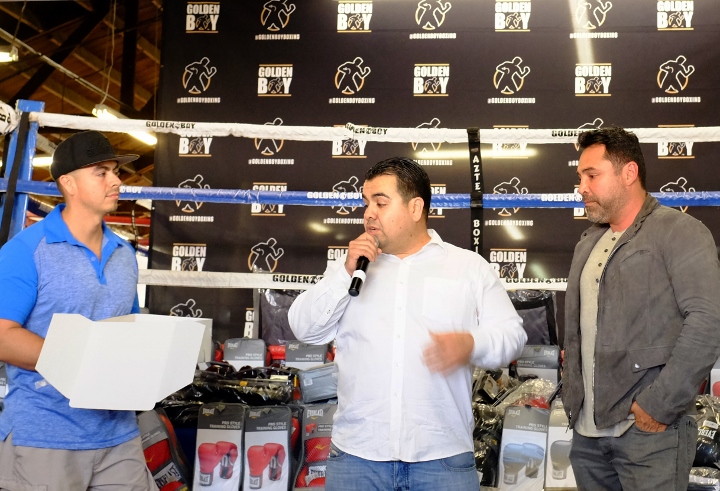